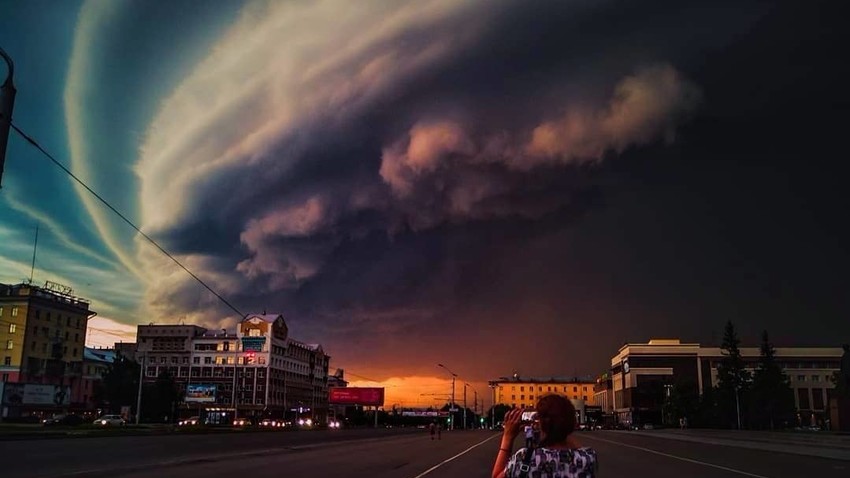 On June 23 the Russian city of Barnaul in Siberia’s Altai Krai was hit by a storm so powerful that it damaged buildings and left thousands without electricity.

According to reports, the weather damaged seven city buildings and tipped over a crane, killing the driver. A cruise ship with over 150 people onboard also got caught in the storm on the Ob River - 15 people were injured but the ship eventually ran aground and the passengers were saved.