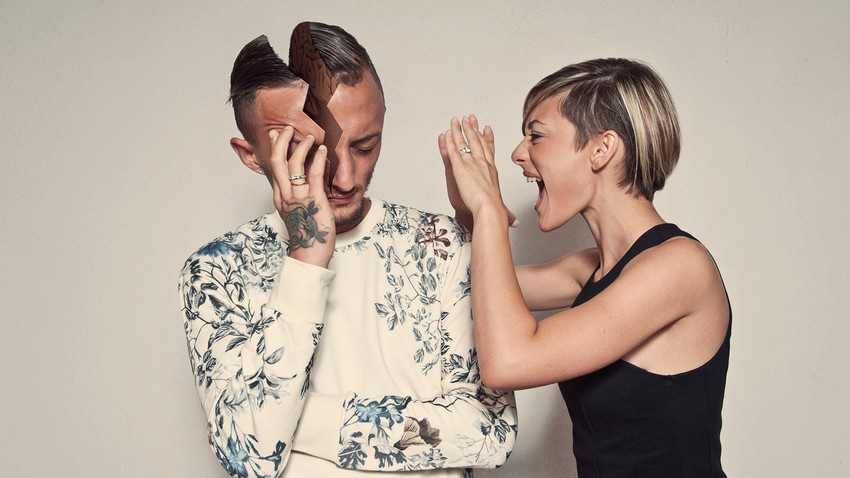 Getty Images
Female Twitter user takes advantage of the fact most men switch off after seeing the words ‘makeup’ and ‘foundation.’

Do you know any men who are interested in makeup? We very much doubt it. Well, one Twitter user – @vanswan – decided to take advantage of the situation and posted this:

"Girls, could you please recommend a good primer, but not a luxury one? I had a Smashbox, but it had a heavy texture and my foundation became uneven in an hour.”

Realizing that most men who chanced upon her tweet would turn away after reading the first few words, the cunning woman added another question at the end of the post – and asked how to secretly use her partner’s credit card.

The replies she received were structured in the same witty way. Like this one: "Haven't you tried NIX? They have a great primer, which holds makeup for the whole day as if it's nailed on, and even in heat the glitter remains perfect," one girl nicknamed @annavellikok wrote. "Well, take a picture of his card from both sides and go shopping on internet stores which don't require SMS-confirmation."

And so the conversation progressed...

"NIX offers a limited choice, and I am not sure it applies well under ordinary foundation. Aren't all websites sending SMS now?"

"Primer is best applied on a silicon base, which you might think is too heavy, but it actually does the job beautifully. Aliexpress require SMS."

"Girls! Please don't forget that foundation clogs up your pores, so you’ll need a stricter face-care regime. Best use a PayPass-linked credit card that he rarely uses, and top him back up while he’s sleeping."

By the way, the most you can spend without additional security verification via PayPass is 1,000 roubles (about $15). So girls are debating the best ways to spend $15!

"It's best to avoid using in the summer. Use a cream base to hydrate before applying some light foundation if you really must. Make up some excuse to use your bloke’s phone, transfer money to your own card and delete the text messaging history, including the SMS from the bank."

After a host of further bizarre replies, came this one:

"Dudes, could you please advise a good anti-kinker for my fishing rod? I’m using a celluloid-based one, but I've heard that an is better. And which echo sound should I use? Garmin or Lowrance?" he wrote. And fair enough, he assumed girls wouldn't read any further. "Well, what should I do to stop her stealing money from my card?" he asked.

Read more: A stereotype-free guide on how to interact with a modern Russian woman