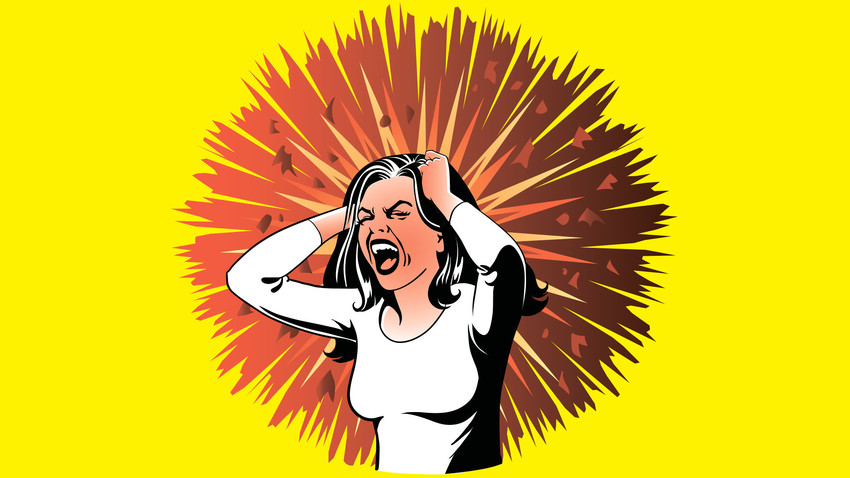 Getty Images
It’s a growing trend, and there's a hashtag for it.

“I’m a mother! I have a small child! I can't be held accountable. I drive where I want to drive.” Such words you can hear in a video featuring an infuriated woman yelling at passersby who blocked her SUV because she was driving on a sidewalk. It first appeared on YouTube, and then quickly made its way to national TV.

Russians are hardly surprised by drivers who ignore traffic rules, but what really shocked people is how the transgressor justified her irresponsible behavior by the mere fact of being a mother.

Nope, that’s not an excuse.

Videos showing unruly and wild young mothers fighting for their 'right' to steal, break or yell at strangers has spread like wildfire in the Russian segment of the Internet. Children increasingly serve as a cover for the antisocial behavior of rampaging young mothers who have trouble holding their emotions on a leash.

The video below shows a young mother virtually destroying a convenience store while her bewildered child quietly observes the unfolding chaos.

One particularly shameless young mother of three even picked a fight with an ambulance crew that was waiting for a patient because she did not want to alter her usual route.

These young mothers’ egoism often violate every accepted moral norm. Apparently, instead of packing extra panties for her child before a flight, this young mother thinks she can just dry the wet panties using the plane’s AC system. To hell with fellow passengers; I’m a mother!

Some young mothers show unjustifiable arrogance and provoke strong resistance from many in Russian society.

“There has been a surge in the number of out-of-control mothers. They blackmail, violate traffic rules and swear, justifying [their unruly behavior] by the presence of their children. In countries such as Norway, people call the police and the children are taken away,” said Instagram model Maria Pogrebnyak on a TV show that investigated the phenomenon.

Psychologists say that such aggression and irritation exhibited by young mothers is caused by exhaustion, and is a symptom that truly needs to be addressed.

“When a young mother has an outbreak of aggression, it's good news. She still has strength to react. An irritated mother is a sign that she has no strength left for an adequate response, for flexibility, for a sense of humor, for a change of position, for diplomacy and tolerance. But she still has strength for self-defense.

The bad news is that [aggression] is not the best reaction and it eventually causes a sense of guilt in the mother. It exhausts her even further. The next stage is depression, apathy and tears. Irritation is a symptom and a reason to do something before a [woman’s] strength runs out,” wrote Svetlana Rois, a family psychologist, in her online post (link in Russian).

Not everyone is as understanding as the psychologist. Ya zhe mat’ (I am a mother) is a phrase that most of the unruly mothers use to justify their outrageous behavior, and it has became a nationwide meme and transformed into a popular hashtag: #ЯЖЕМАТЬ.

The word has become a term for labeling aggressive women who demand impunity simply by the fact that they have children. Today, social media platforms collect stories about wild young mothers and publish them under that hashtag. The scope of the problem is shocking.

On a positive note, some creative minds have turned this into a source of inspiration. For example, a humorous YouTube channel mocks those who have earned the stigma: #yazhemat.