This is how the USSR sold cars to the West 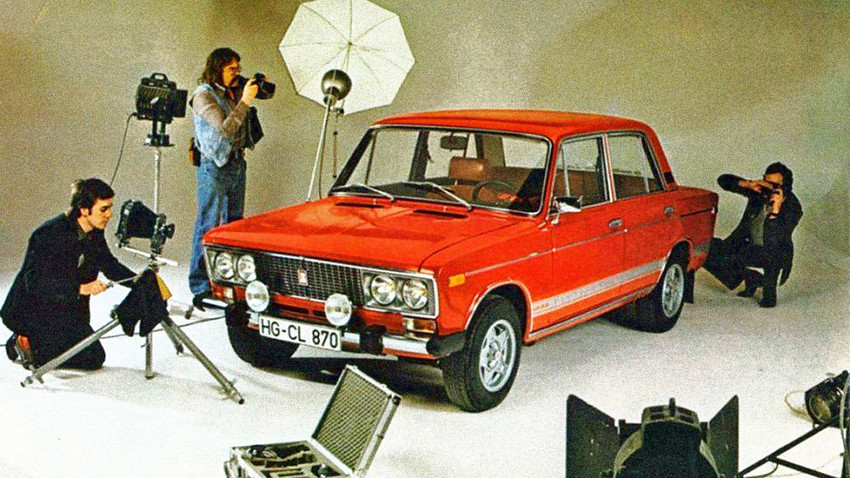 Archive photo
The Soviet Union exported hundreds of thousands of its cars to the westwards each year, with the likes of the Lada making a big splash over the Iron Curtain. 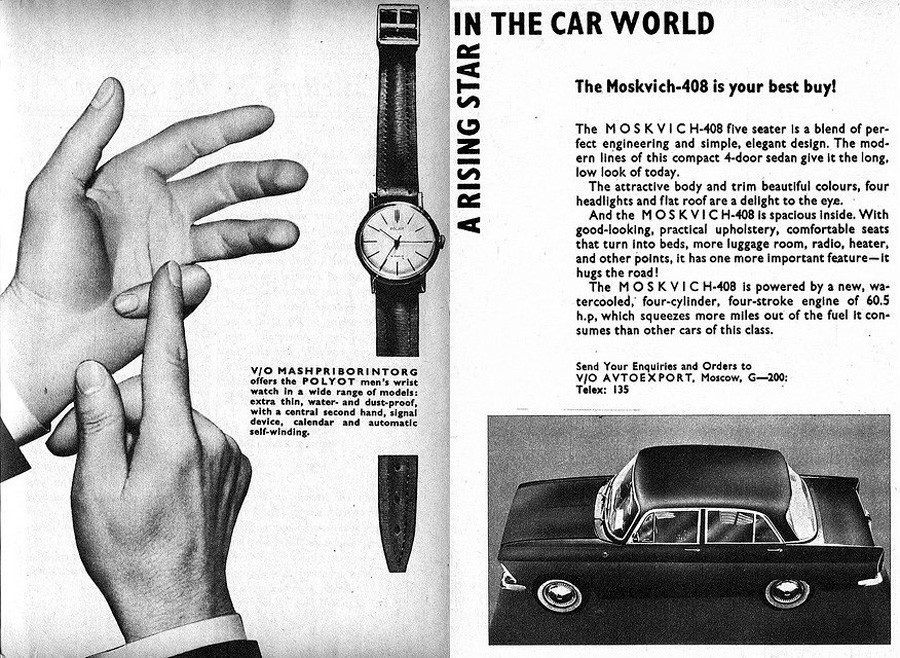 The USSR created a special body that was in charge of exporting cars, Avtoexport, in the late 1950s. From the early 1960s, one of the main items on the organization’s selling list was the Moskvich (Moscovite). The Moskvich-408 sold abroad well. Up to 55 percent of all those produced were exported. In Finland, it was the most popular car for a number of years in the 1960s. 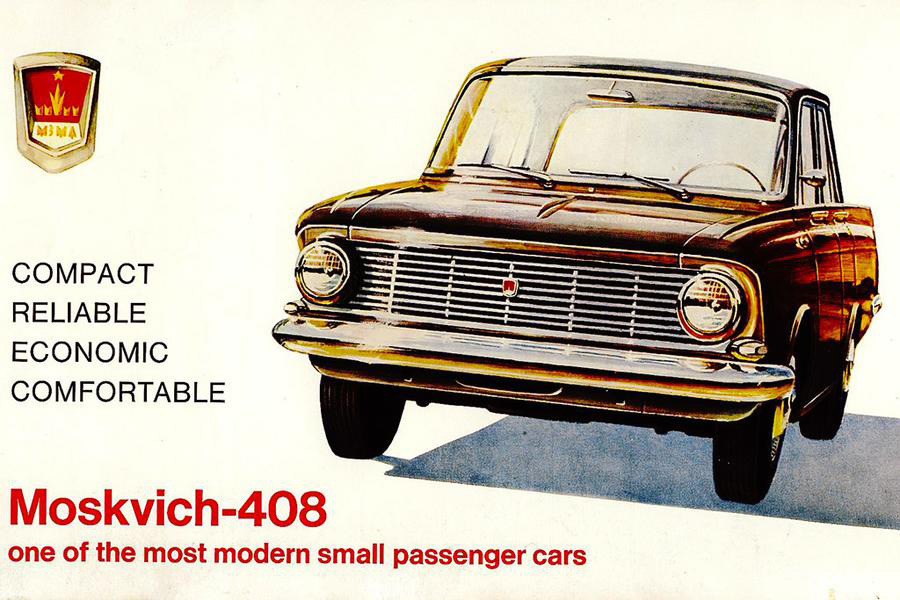 An important factor in the Moskvich-408’s popularity was the price: In it cost less than a Volkswagen Beetle. The British Motor magazine called it “a Russian paradox” praising the overall construction of the automobile but highlighting some problems with vibration, gearbox, and brakes. 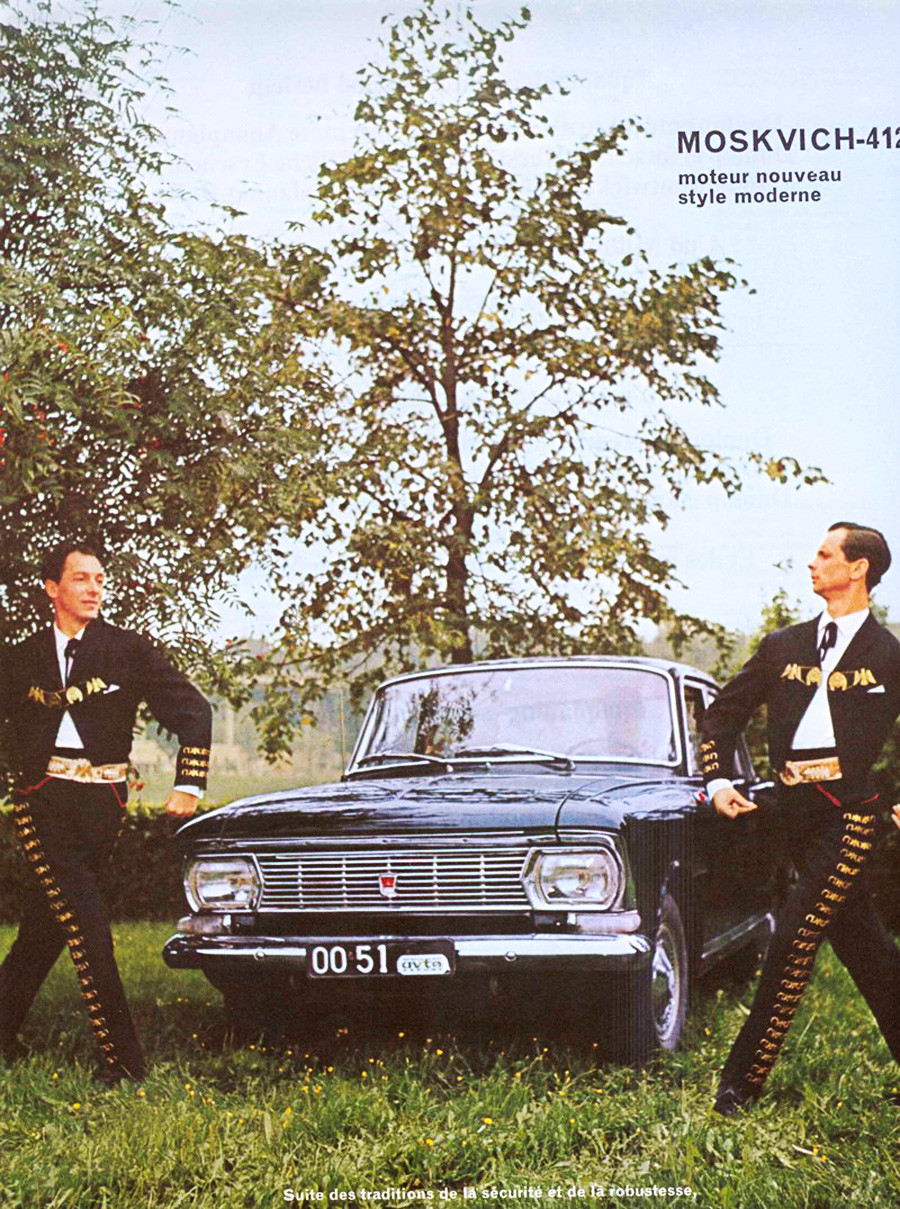 The Moskvich-412 was also pretty popular in the West. The Motor underlined its dynamism, but the magazine was much more skeptical about the car’s comfort and brakes. 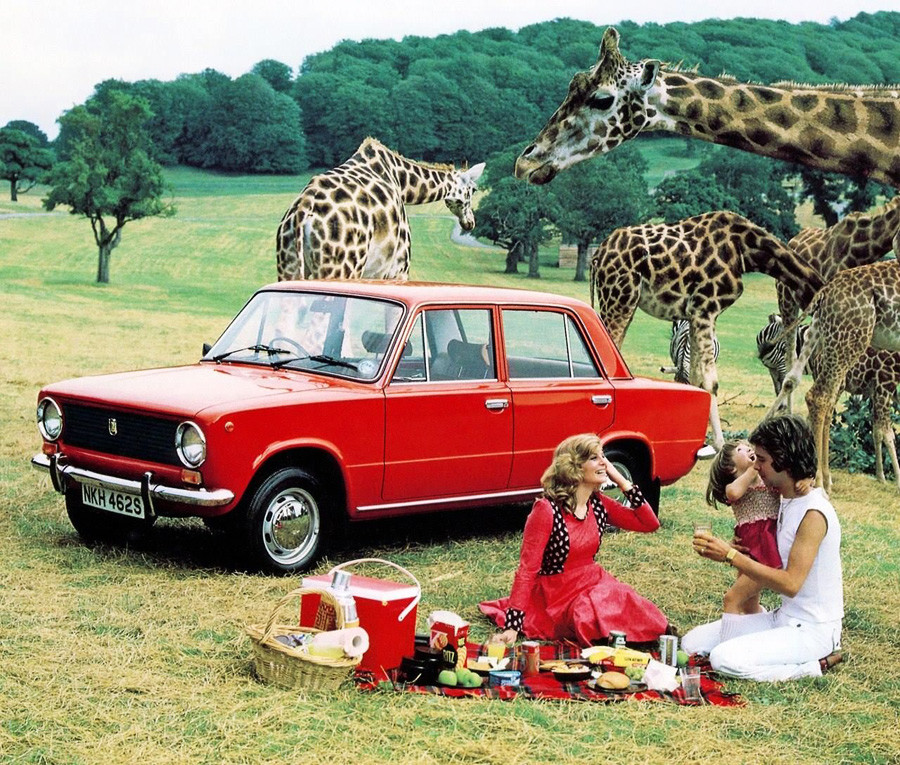 The USSR started to export Ladas right after the new automobile factory was built - with the help of Fiat - in Tolyatti on the banks of Volga River in the early 1970s. In the most successful  up to 100,000 cars were sold abroad. They were exported to Scandinavia, France, Italy, West Germany, and also across the ocean, to Canada and Australia. Ladas were portrayed as being good in exotic places… 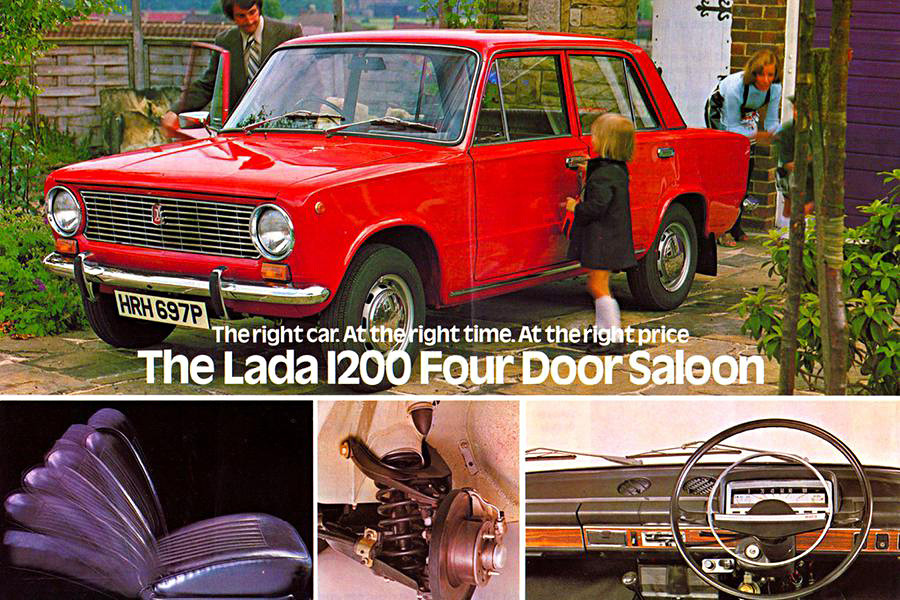 …as well as reliable family cars for a decent price, as was the case with this one targeting the UK market. 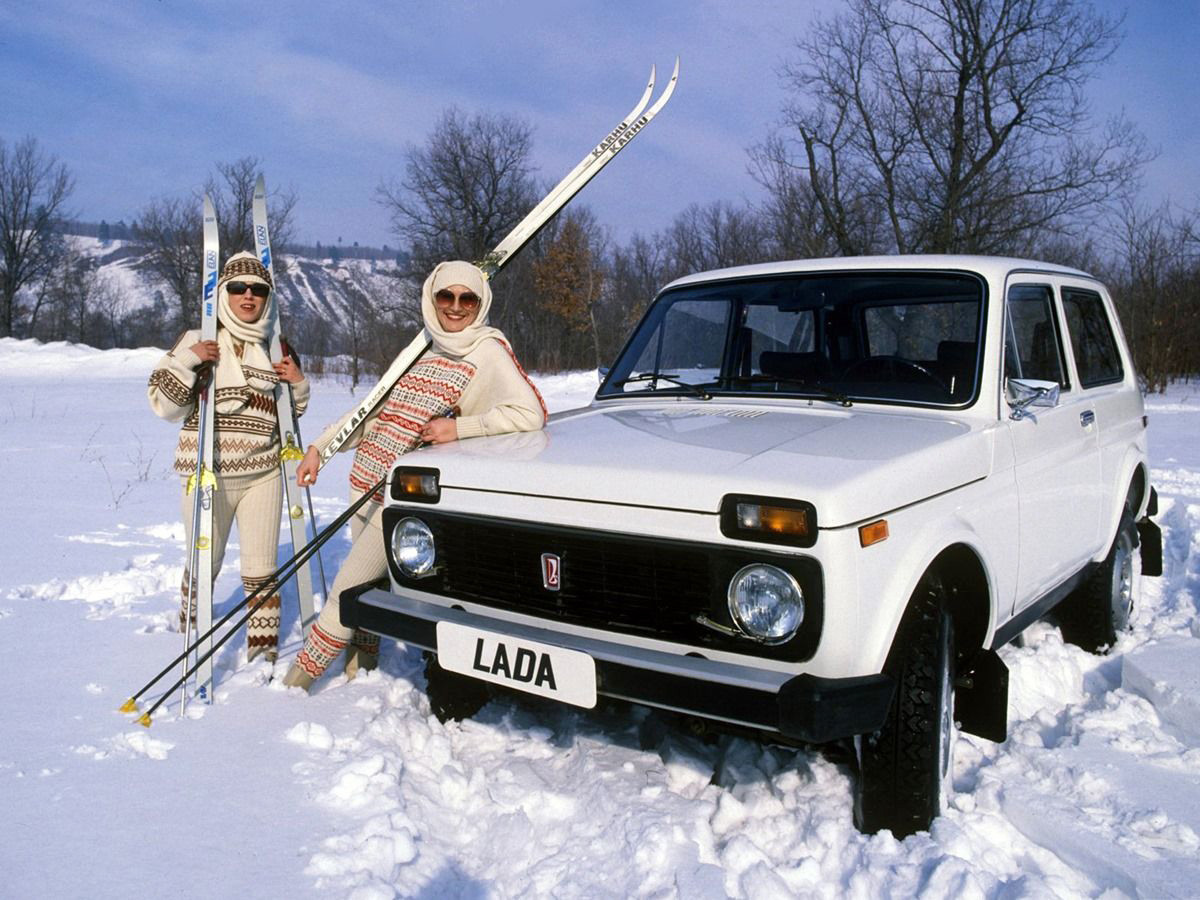 VAZ made special versions of its automobiles to fit niches in specific countries. The company sometimes opted for decreasing the engine’s power to avoid additional taxation. This was the case with its popular crossover - the Niva - that was equipped with a 1.3 L engine. 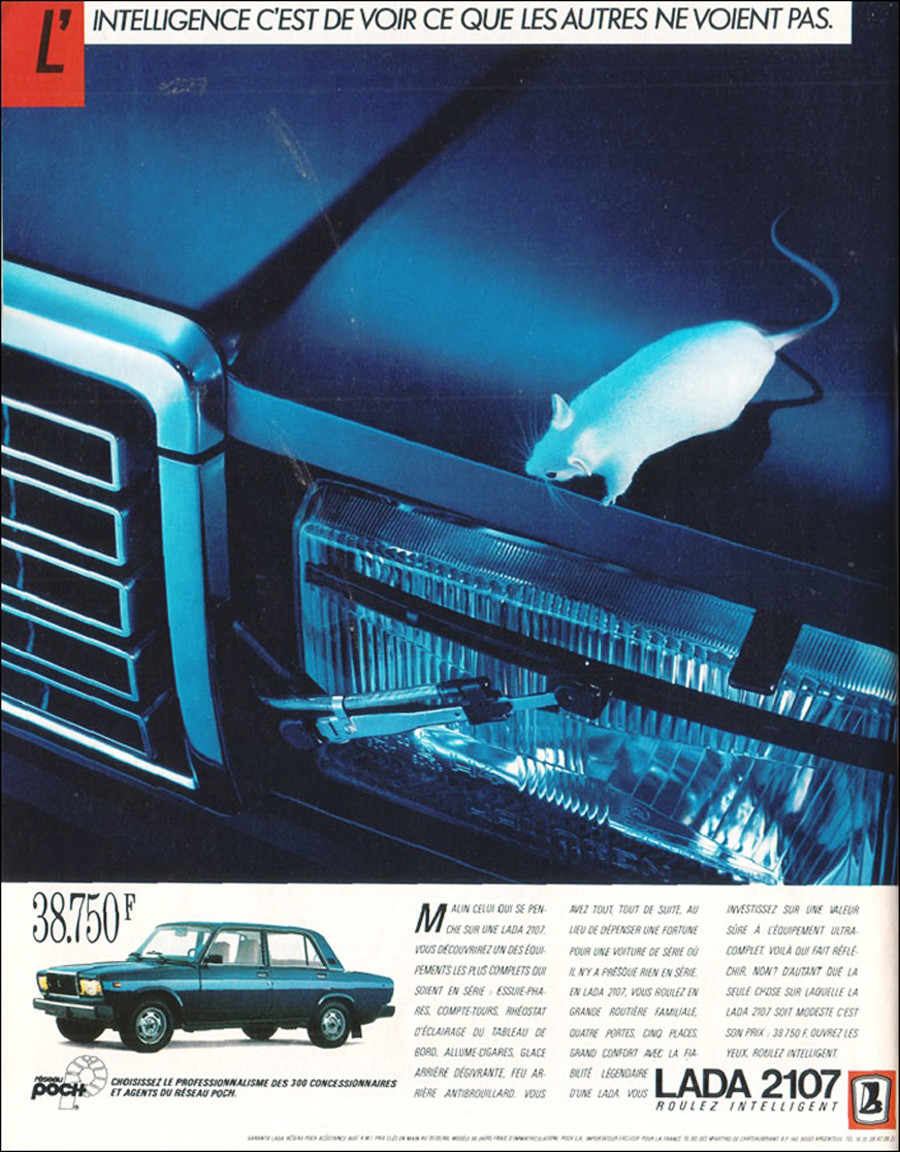 In some  Soviet Ladas sold exceptionally well. For instance, in 1986 more than 21,000 cars were purchased in France alone. The brand was the 13th best selling car ahead of such giants as Volvo, Toyota, and Nissan. At its peak in the late 1970s, the USSR exported almost 400,000 vehicles. The revenue it received from car exports exceeded that from the sale of natural gas. 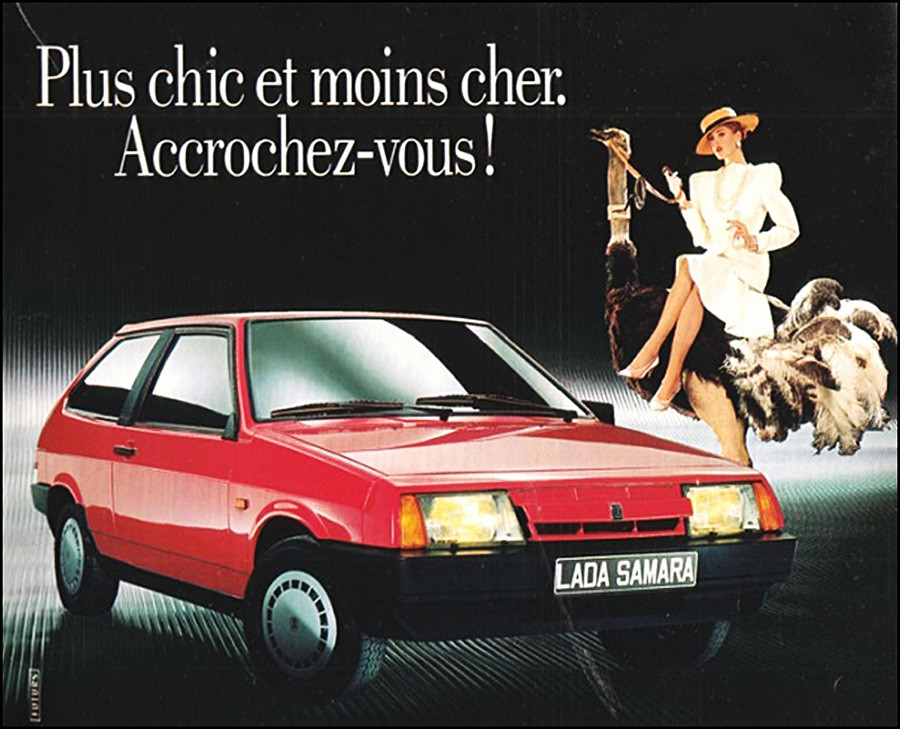 In the late 1980s, Lada Samara hit the Western markets. It was designed with the help of Porsche. The British Autocar magazine wrote that "The Lada is a stable and unfussed motorway cruiser.” The magazine also added though that “the fit and finish for the UK market can only be described as dismal.” That’s how Samara was advertised in France. 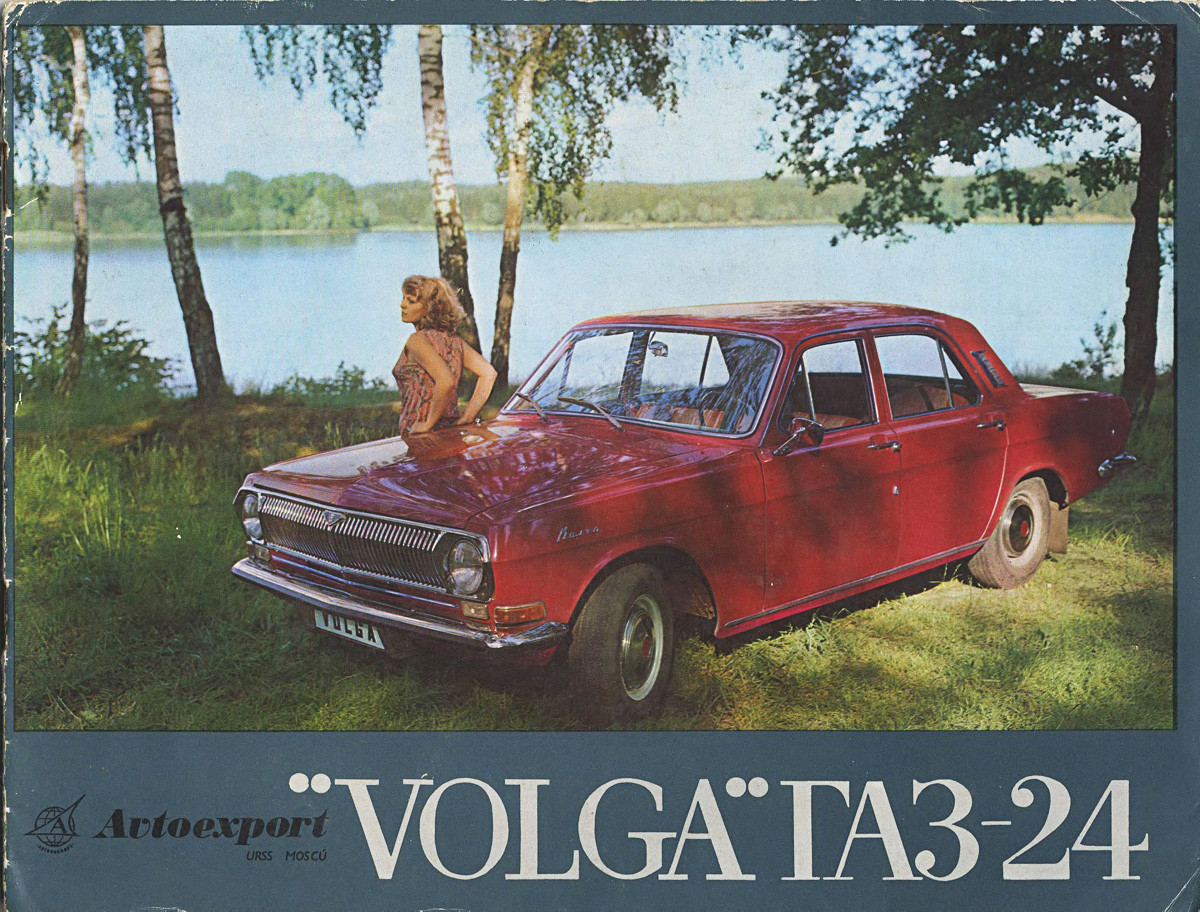 The Soviet Union didn’t only export cars that were produced by VAZ. Automobiles made at GAZ (Gorkovsky Avtomobilnyi Zavod, Gorky Automobile Plant) were also sent abroad. The main car of GAZ was the Volga - from the late 1960s until the mid-1980s it was the Volga GAZ-24. In the USSR it was a premium class car often used by bureaucrats. 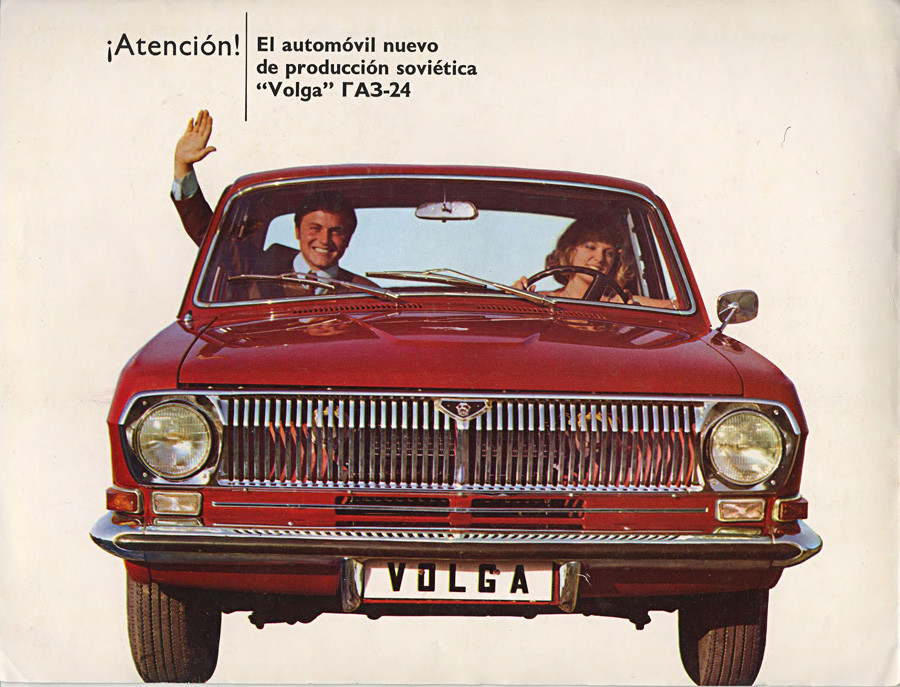 GAZ-24s were exported to Western European countries. Often they were given new diesel engines from Peugeot and were equipped with brakes from Rover. They say that there was not so much demand for this car in the West as was the case with VAZ automobiles. 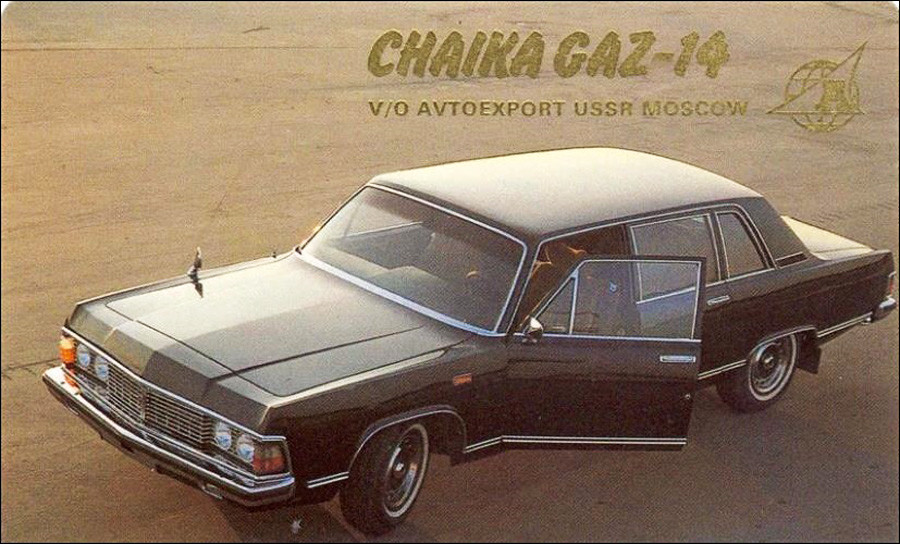 The USSR also exported real Soviet limos – the GAZ-14 Chaika (Gull). The mass production of this limo, which was intended for officials, started in 1977 on the 60th anniversary of the October Revolution. Ten years later, during perestroika, Soviet authorities halted the Chaika’s modernization project. 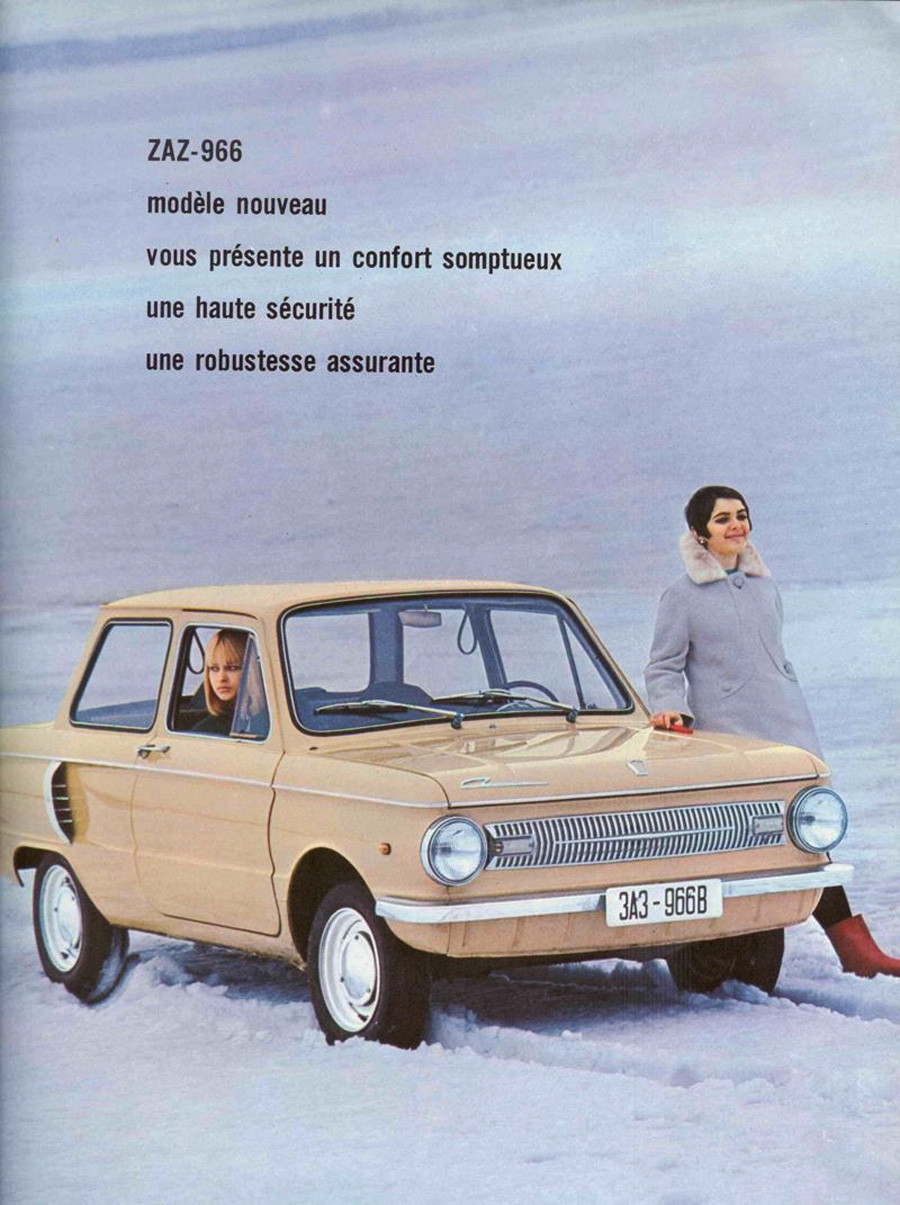 ZAZ-966 (Zaporozhets, from the Ukrainian region Zaporozhie) was a series of subcompact cars. It was dubbed “Zapo” in the Eastern bloc, in the USSR it was often referred to as “the one with ears” due to the form of its air intakes. In Western they were sold as the Jalta or . In the late 1960s and early they looked pretty modern and were popular in some Scandinavian countries and France.