Digging up the crazy rites of Russian archaeologists 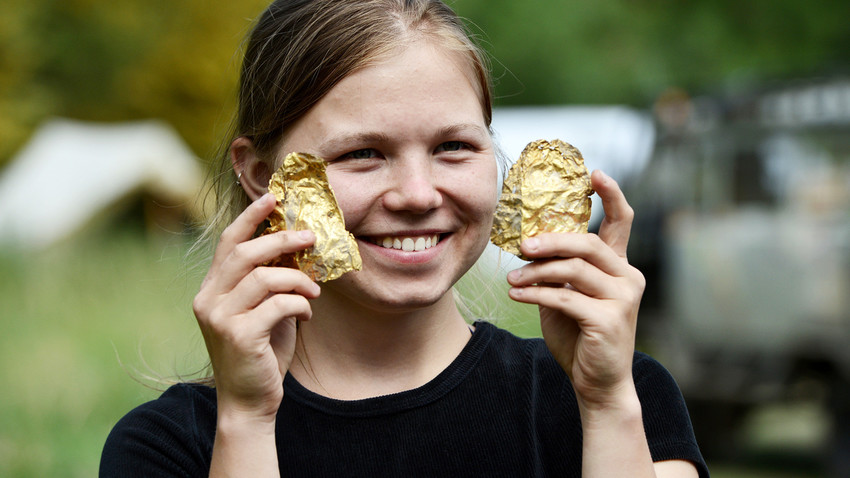 Alexandr Kryazhev/Sputnik
They smother themselves in clay, carry dead men’s boots, search for treasures among wet worms, and eat explosives – these are just some of the tests you have to pass to become a true Russian archaeologist.

Every Russian history student who’s been on an archaeological expedition knows what an archaeology matriculation is. “Archaeologists are mostly non-believers,” Natasha Ilyina, historian, guide, and archaeologist says. “But this scientific field is about the culture and everyday life of ancient people, who were deeply rooted in their religious traditions. So you inevitably feel that you’re touching on something sacred here. And maybe this is because archaeologists employ some rituals and rites to ‘connect with the Earth.’”

There’s an unofficial Archaeologist Day in Russia (Aug. 15), but the matriculation does not usually happen on this day, the dates vary. An expedition is a group of archaeologists, led by an experienced archaeologist, scholar, or practitioner - each collection of history buffs visit the same excavation site year after year, digs, studies, researches, and preserves historical artifacts. Naturally, in every expedition there are lasting traditions.

“In our expedition in Rostislavl-Ryazanskiy (an ancient Russian town abandoned in the 18th century, 92 miles south of Moscow), the meaningful day is July 26 – Komlyata Day,” Ilyina explains. “On this day, we came across piece of an ancient white-stone cross with this name inscribed on it, a rare pre-Mongolian era artifact.” Those expeditions that don’t have “special days” usually do the matriculation on the last day of the season. It’s unavoidable for anyone who wants to really dig.

‘We still don’t know what happened to them’ 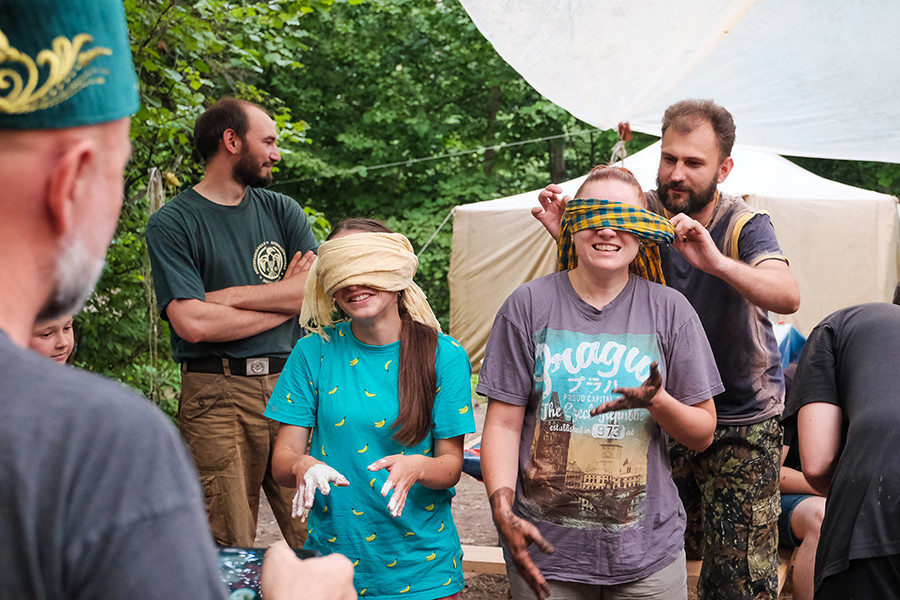 In the process of matriculation trials

Only a few archaeologists agreed to talk to us upon the topic. “Every expedition wants to keep their rites secret for an obvious reason: They don’t want the newbies to have any idea about what might happen to them during matriculation,” Yan, an experienced WWII archaeologist, says. Both Yan and Natasha agree that the main goal of matriculation is to “test” if the newbies have what it takes to work as an archaeologist in the future. And that is also why matriculation is usually performed closer to the end of the season – if it’s at the beginning, most of the matriculated would just run away because archaeology is hard. 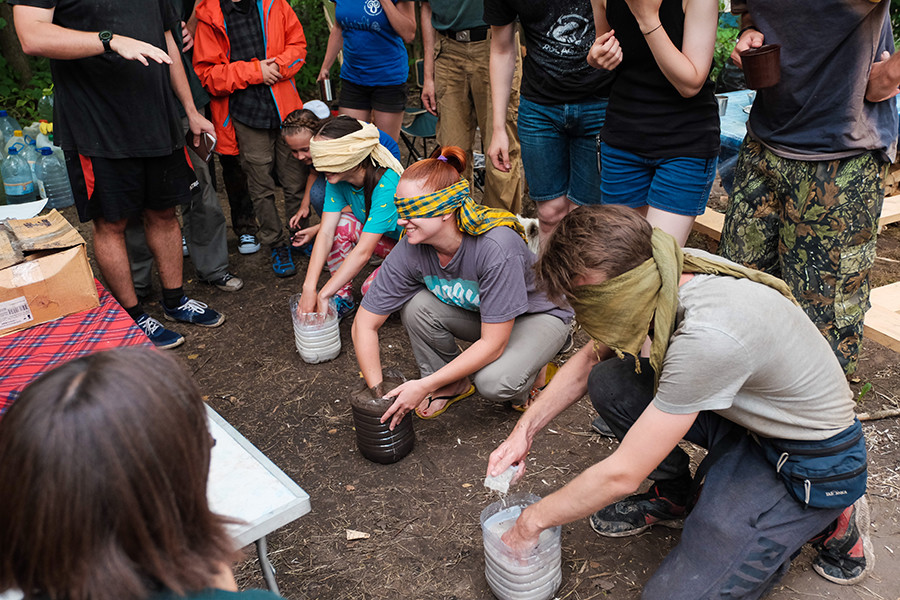 Young archaeologists looking for something precious in cans with muddy water.

“Seasoned archaeologists usually scare newbies until their hands tremble,” Yan laughs. “They say things like ‘Last year, some guys went missing during matriculation. We still don’t know what happened to them.’ On our expedition, the newbies were blindfolded, their hands tied, and they were led up a steep and slippery slope at night. They were wearing the worst clothes they had, because one falls many times during this blind ‘crusade,’” Yan says.

“Another time, they were standing there blindfolded, and the senior archaeologist took a chainsaw, removed the chain, turned it on and started touching the hands and legs of the newbies with saw as it wheezed maniacally,” Vadim, an archaeologist who worked in Central Russia, says. “One student fell to his knees, begging not to be sawn in two and promising to work for food. Luckily, this was also part of the act.” 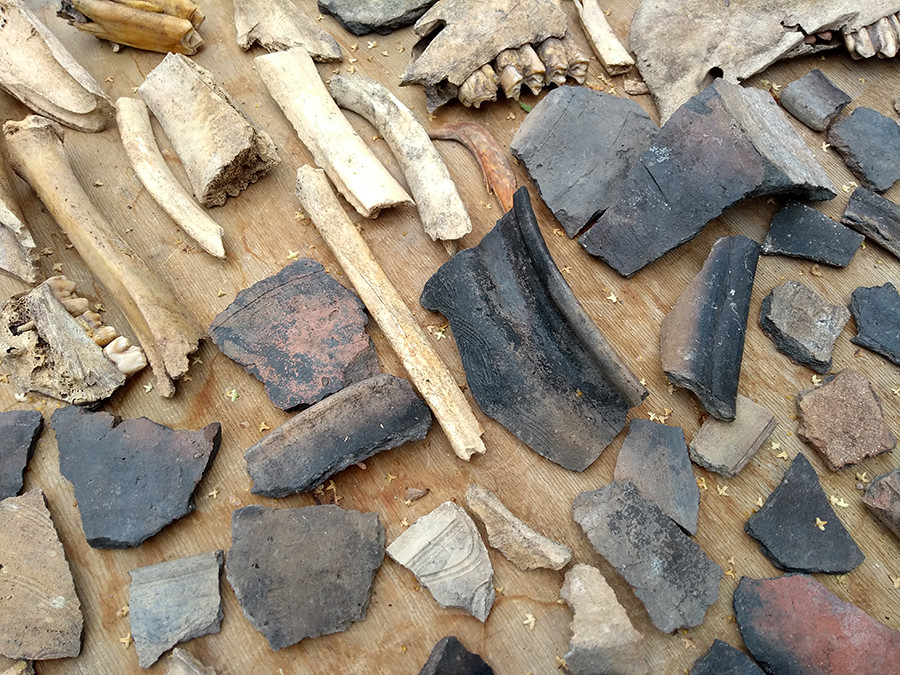 Why scare the students? Well, because digging tombs and corpses is a scary business. Also, almost every matriculation includes smothering newbies with dirt and clay, pouring water over them, and often whipping students with nettles – “a kind of baptism with the power of the elements every archaeologist works with – earth and water,” Natasha explains. 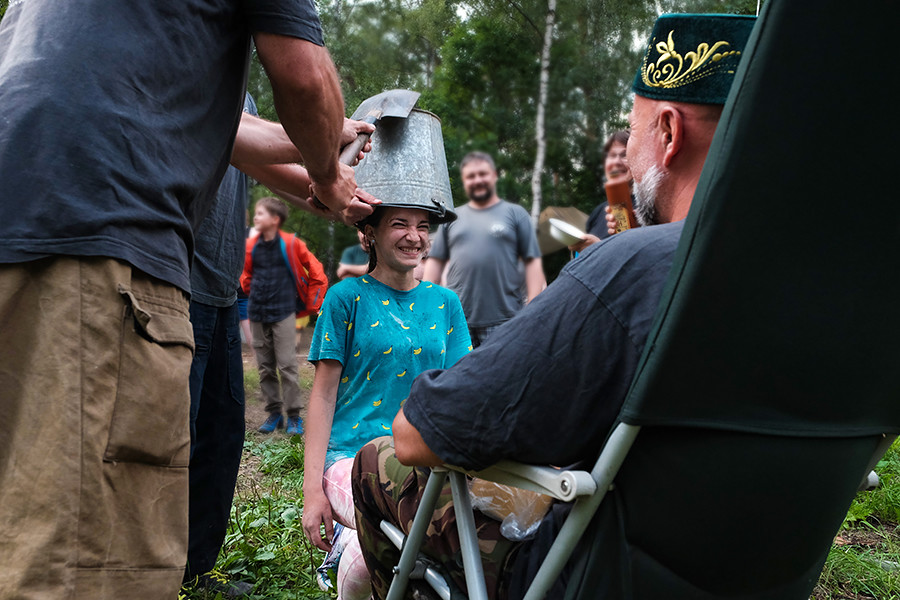 In one expedition, a hit with a shovel on an empty bucket put on a head finalizes the matriculation. Seated is the 'Khan'

Each archaeology matriculation is “exclusive” on every expedition and depends on the period being uncovered  – expeditions in Central Russia play out scenes with ‘princes’ and ‘boyars,’ some people who work in the Southern parts, once the territory of the Golden Horde (centuries ago), dress up like Tatar khans and warriors. One of the main goals is to teach newbies to fight fear and disgust. “We pour water in a canister, fill it with worms, and throw a key inside. The newbies must find the key as fast as possible,” Natasha says. Another popular trial is finding (using a map) and digging up a bottle of vodka buried deep under the dirt, dust, sand, and rubbish.

Looks like child’s play? Things get serious on WWII excavations. “The excavation site is about 1.2 miles from the camp. At night, this is a pretty scary walk through the woods – not made any better by the fact the ground is filled with corpses. Newbies must reach the site and go back. To prove that they’ve been there, they must bring a valenok (felt footwear of Soviet troops in winter) or a gas mask, taken from the excavation. This is a fear test,” Yan says. 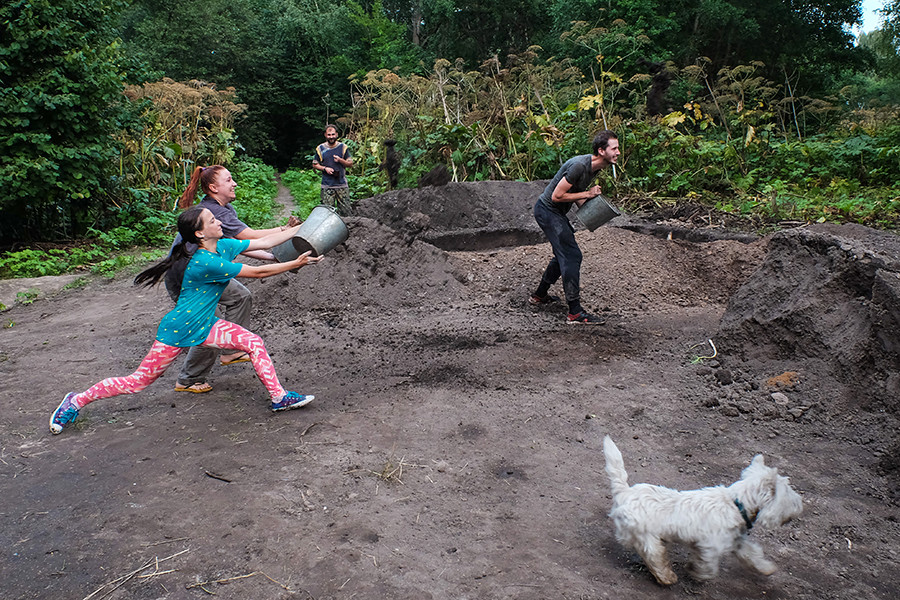 Another rite of 'baptising' with soil.

To pass their “rite,” newbies in some WWII expeditions eat TNT taken from derelict ammunition. “You should eat a tiny lump taken from unearthed explosives and chase it with vodka. TNT tastes disgusting. Many throw up after that. But that’s what it takes to become part of war archaeology,” Yan continues.

Matriculation is usually signed off with a vow. A popular one goes “I swear to love the Earth like myself”. Another one: “I swear to risk my life for historical science, protect the honor of the expedition, and bury the grave robbers in the graves they’re pillaging.”

Also, it is usual to present newbies with tokens. It may be a ceramic fragment or a t-shirt with the year of matriculation on it. Again, war archaeologists are the weirdest here. “Members of WWI and WWII expeditions often give each other special amulets as gifts – pendants made of shrapnel and bullets taken out of the corpses,” Yan says. “It is believed that if this piece killed someone in the past, it will someday save the life of the one who wears it. I have one, too – a 1941, 7.62 mm caliber melchior bullet.”