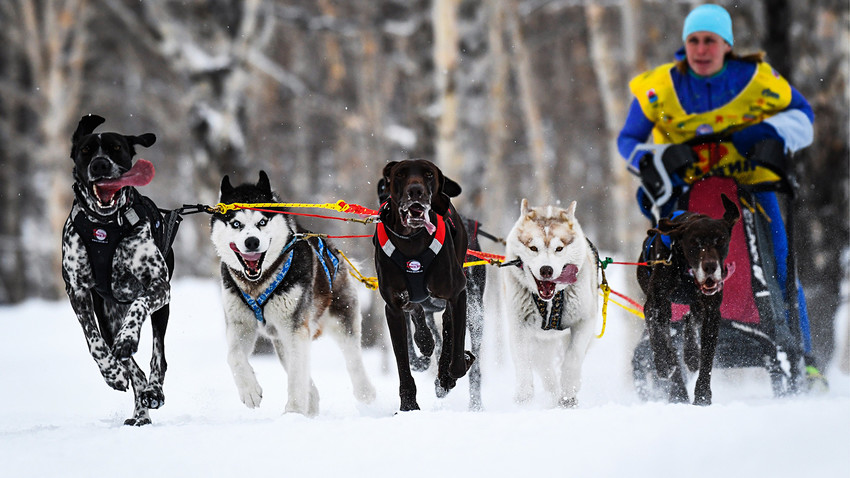 Yuri Smityuk/TASS
The documentary tells the story of the unique month-long Beringia dog sled race that now holds a place in the Russian book of records. RT’s crew traveled with the race’s participants for 1,500 km while braving subzero temperatures and ferocious winds.

The documentary is about Beringia-2018 race that took place in Russia’s East this spring. The 2,100-km race is the longest dog sled competition on the planet.

“An idea was born, to set an all-time record, by signing up to the 2,100-km race. Nobody has ever traveled such a distance [on a dog sled]. Well, the distance was not the only challenge... the weather conditions were also an issue, so too the landscape,” said Aleksey Svistunov, a Guinness World Records official.

The route stretched through the territory of Kamchatka, a peninsula in Russia’s East, one of the nation’s least densely populated regions. There are very few roads in northern Kamchatka, and sparsely scattered villages can only be reached by air or with the help of dogs.

Fifteen participants took part in the race and the winner bagged a tidy $50,000.

“There was an incredibly strong blizzard, once the race was actually stopped in the middle. The wind was so intense that the snowmobiles’ windows were smashed. People had to dig holes in the snow and make shelters. One of the participants had to withdraw after the blizzard,” says Natalya Kadyrova, the director of the documentary. Despite the film crew traveling alongside the competitors for the majority of the race, they luckily missed the snow storm.

“For hundreds of kilometers, there were no traces of human activity. No roads, no antennas, no rusty barrels. There were many animal footprints and only curious foxes came out to take a look at our unusual convoy,” Kadyrova said.

“In what concerns the Russian Book of Records, as its editor for the last of 29 I can say that there is a record!” Aleksey Svistunov exclaimed after the race was over. The request for listing the feat in the Guinness World record book was filed later.

“They don’t call it a Guinness record for no reason! The competitors and dogs worked as hard as they possibly could. ,” said Anfisa Brazaluk, a competitor who was forced to abandon the race because of the blizzard.