No more excuses: How polyamory is breaking the rules of love and sex 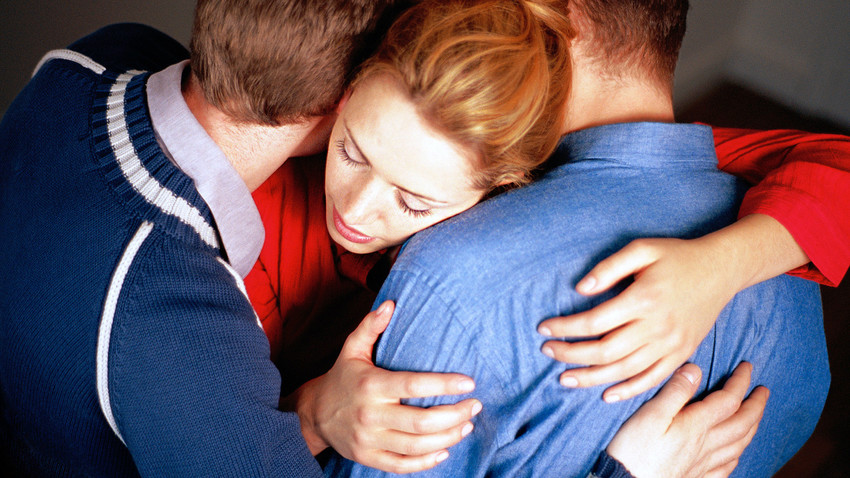 Getty Images
Society is not ready to accept the polyamorous view on love: the right to have a relationship with multiple people, without the torment from pangs of guilt. Some people, however, think that society’s view on the issue will begin to change. Russia Beyond’s correspondents met with Muscovites who identify as polyamorous.

I expected to see people with cocktails in their hands in relaxing poses; girls with bare shoulders; and two-three-four people kissing somewhere in the corner. I was expecting the worst when I got a message from a stranger an hour before: “Come. We are in the locker. We caress girls and we play.” The week before, I made a post asking to be invited to the nearest party.

But was more mundane.

It was a small, smoky room in a jazz bar in the center of Moscow: a basement without a sign, between a grocery store and a coffee shop. You can only get to it through the cupboard in the corridor of a tavern. Instead of coats and hangers, there was a passage inside. Six people were inside the room gathered around a table. It was tea time and a single domino was on the table. 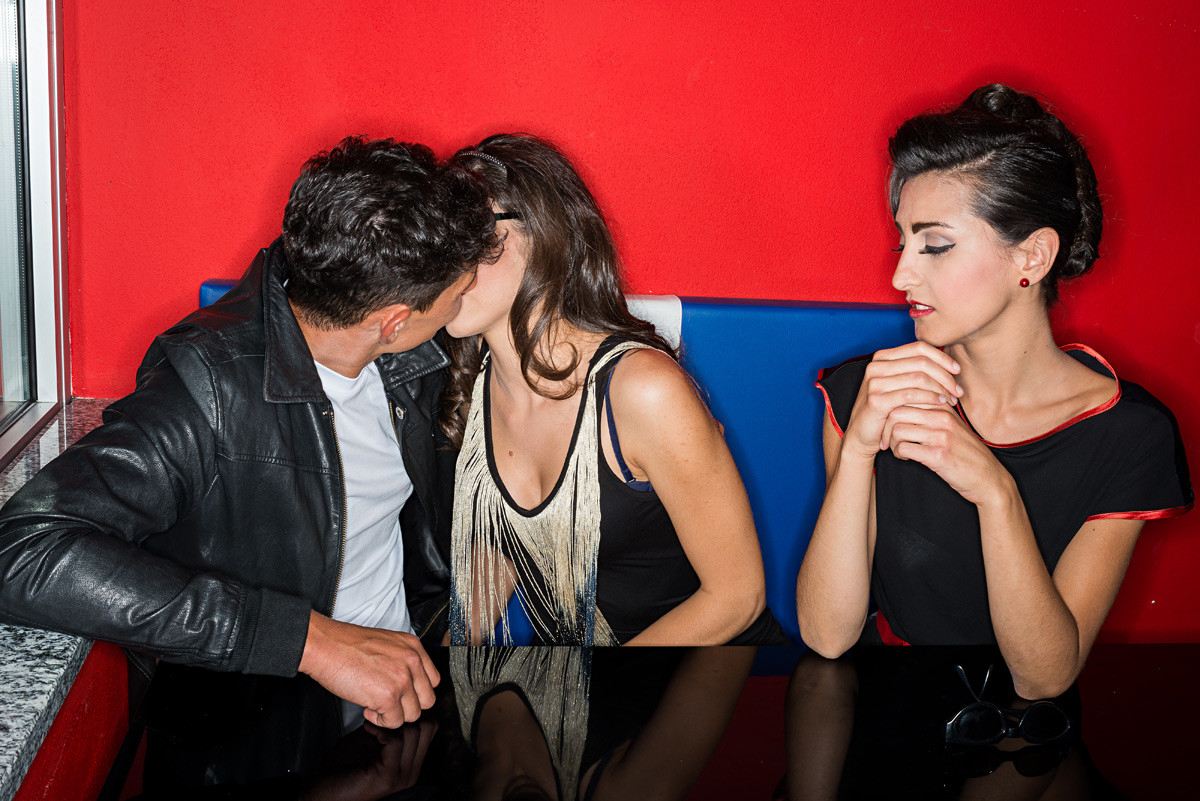 All of them are in relationships (or know that they could be in a relationship) with several partners, and each of the partners know about the existence of the others.

calls himself like they called the primeval wild bull, which by the 17th century was entirely extinct. There are four other girls in the room, as well as Ian, a non-binary transgender, which means he doesn't consider himself a woman or a man. Everyone shares a single way of life, one philosophy, one modern view of love, which is unaccepted by most of society. All of them are in relationships (or know that they could be in a relationship) with several partners, and each of the partners about the existence of the others.

"We are polyamorous. In a nutshell, it's ethical non-monogamy," Tur says. “But that’s only if you explain it in the simplest of terms.”

Once upon a time, 41-year-old Tur had a wife. Their happy, traditional marriage lasted for nearly ten years. He was the first man in her life, until the moment that she fell in love with their student.

"We had a fire performance, where new members would come. One guy came. We ‘raised’ and educated him. At one point she felt that she loved him and then said she was leaving,” Tur says. “However, before she would say: we all could live together if only I was raised differently.”

Tur continues to say that they could not have children, and his wife believed that it was his fault. In a moment of crisis in their life together, she called him “impotent.” After that, he went alone to a festival where he fell in love with a girl. She said she wanted to have children with him. He didn't hesitate for a minute. So he had his only daughter. After that, he decided he would be capable of having polyamorous relationships.

Now he still owns the theater, but without his wife. He also builds and sells homes, advises and consults on real estate, builds historic ships like Drakkar or Ushkui, and takes them through northern routes. One of his girlfriends is sitting next to him with her head on his shoulder. She introduced herself as Fox. She wears a spacious t-shirt that does not fit, and on her thin she wears multi-colored trinkets made beads. She is 18 years old 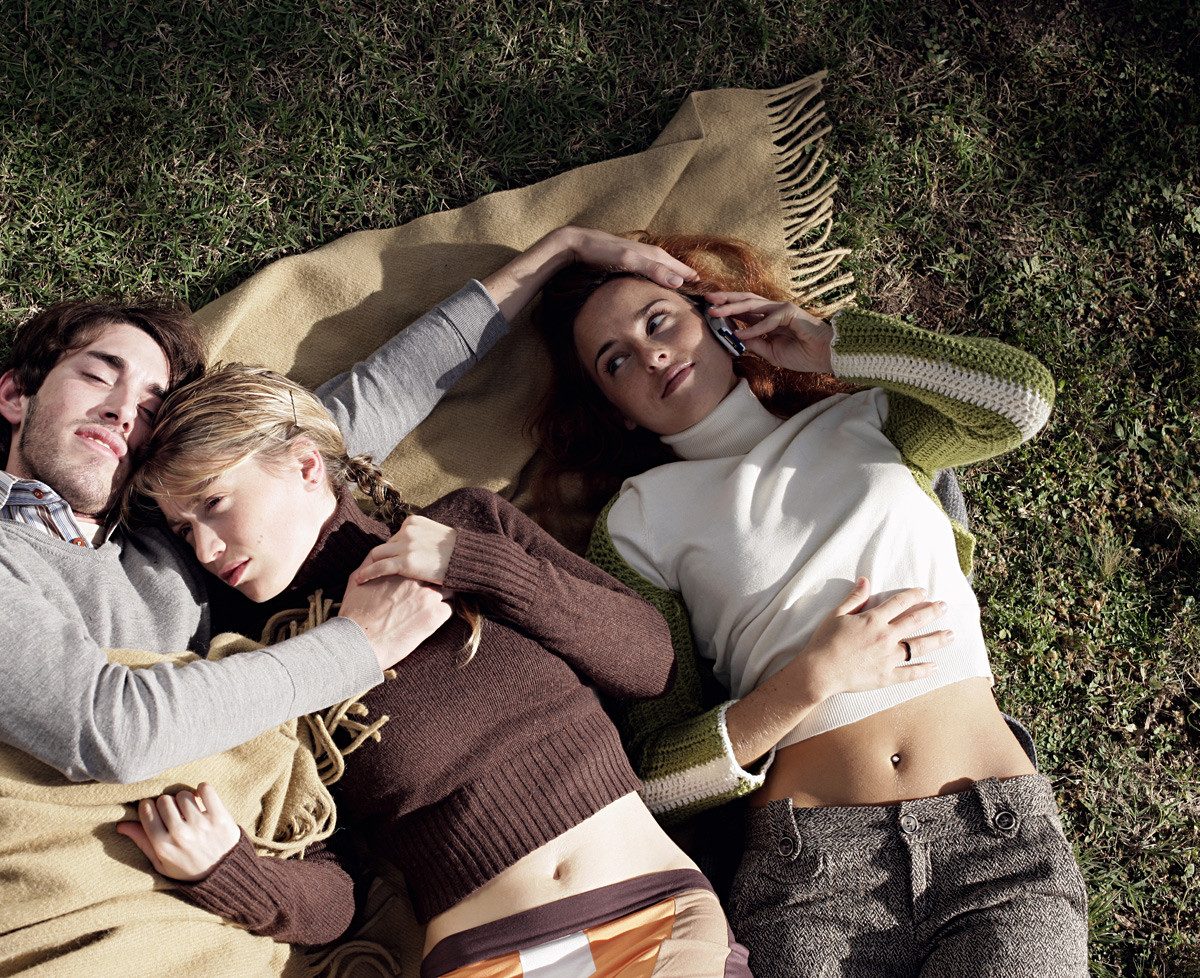 Cheating isn't about sex on the side; rather, it's about breaking agreements.

met on the Internet, their relationship lasting for almost a year. The first six months they had a monogamous relationship. And then she fell in love with a girl, and Tur explained there was nothing wrong with that; it's okay if she loves someone else. Then he told her about polyamory.

Now Fox has two girlfriends, two boyfriends Tur, who lives with her most of the time.

"Olga, Aska…," Tur bends his fingers, trying to calculate how many relationships he has had in the past two months at least. He cannot remember them all. They laugh and their laughter drowns out the sounds of jazz coming from the next room.

"Well, we're talking a few ," Tur finally says. He's relaxed. His eyes are expressionless. His posture says, what, do you have a problem?

So is polyamory sleeping with more than one person? Or can polyamory be more than just stories about sex?

"No, it's not about anything specific: love or sex. It's about a variety of relationships and opportunities.”

This is Ian, a designer. He has a rough voice, short, stiff hair on his head and a loose tank top that exposes thick black hair under his arms.

When his family didn't accept him as transgender, he ran away from home. He chose a new name for himself, which has the old Irish meaning of "God is gracious,” and the Hebrew meaning of “Gift of God” (“gift from God”). He has a boyfriend and so far he is in a relationship only with him. But that’s for now.

People who choose polyamory often feel trapped in traditional relationships. They're . And still, they would not want to have to make a choice between people they have feelings for. They just don't understand what for.

"Perhaps now it may seem like something bad to you, but it doesn't offend anyone," Ian says. He talks about the structure of polyamorous relationships and how they look like whatever is most convenient for you. There are no universal ties or rules, there are no norms.

All partners can love each other and live together. There is a relationship where everyone connects through only one person: partners are attracted to him and possess romantic feelings, but do not do so with each other. Or, for example, one person in a pair is monogamous and the other is polyamorous, and they accept each other. After all, sex is a manifestation of love, but only one manifestation. There are polyamorous relationships without sex or without love (polyamory practices, including asexual and aromantic) 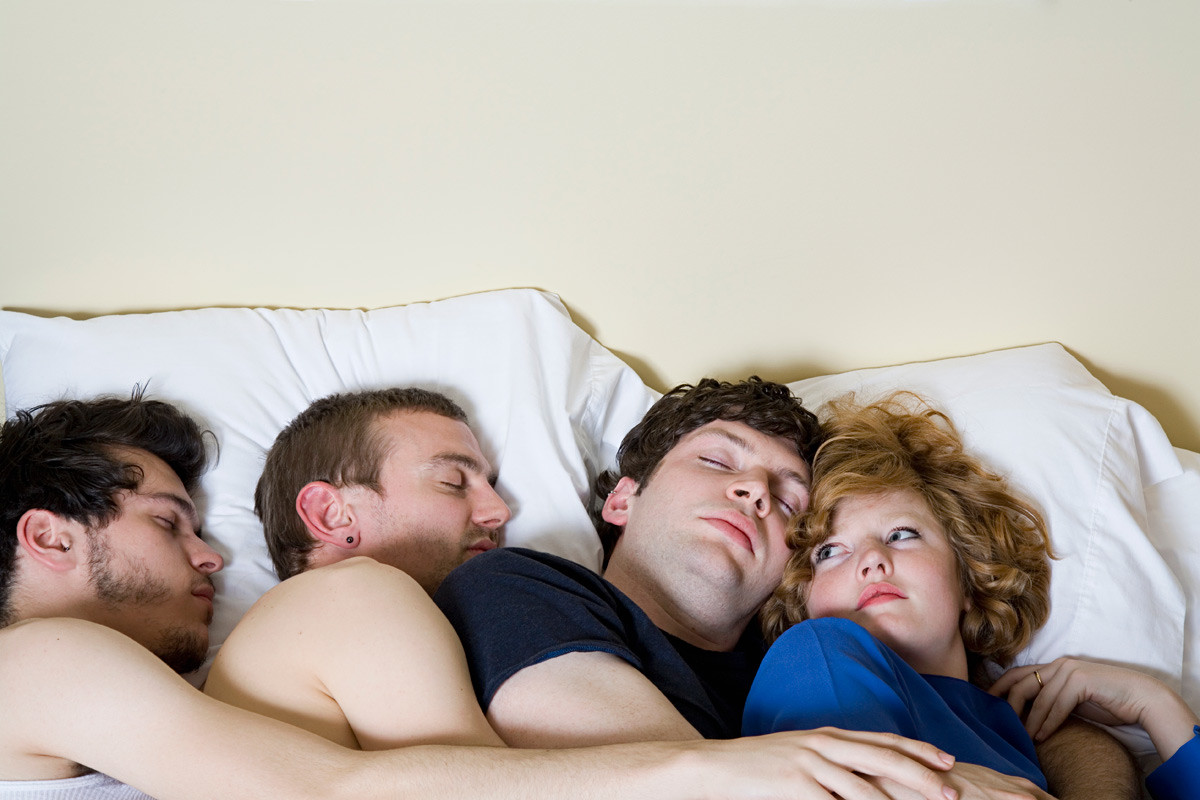 "Monogamous people often have more love and sexual partners in their lives than someone who is polyamorous.”

continues to say that polyamory doesn't mean you can't get hurt. It does not mean that you're immune to jealousy or treason. Cheating isn't about sex on the side; rather, it's about breaking agreements.

One day Ian's boyfriend came to him and said, "I'm scared that one day you will like someone more than me. And you will go to this man completely." Ian carefully explained why this does not happen, and if it does happen, it is through no fault of the other person, and not because he will love another more.

"The institution of the family is dying; there is no morality, no one has to do anything and instincts are the only that motivates people. The only thing that remains is to turn off the light.”

"You need to have sex whom you want?»

"Well, okay. Now any whore is no longer a whore.”

These were the comments under the post about non-monogamy and polyamory, where the example is from an excerpt from the movie “Trainwreck.” People often condemn polyamory.

But those who identify as polyamorous give the answer: is your serial monogamy better?

"Monogamous people often have more love and sexual partners in their lives than someone who is polyamorous,” says Ian. When there is someone else on the horizon, they think "it's time to end the relationship, it's not ethical, to instantly be with everyone."

"You know what these people really do?” asks Ian. “They prevent themselves from being who they really are. First and foremost, they deceive themselves.” Polyamorous people think it’s possible to love as many people as they are able to love.

In the turbulent 1990s, a common euphemism amongst students and nonconformists read as follows: "to do friendship," says Tur. You were friends with someone, and suddenly you wanted to have sex with them. But you did not stop being friends. You did not become a couple. You did not become husband and wife. And no one thought that was bad. It was accepted.

For 40 years Tur witnessed how this “acceptance” changed. And despite the fact that the polyamorous community is now keeping a low profile, and most don't want to show off, Tur thinks it's temporary.

"People are afraid or don’t want to notice that the norm is changing,” said Tur. “But some of them are brave enough to say it out loud."