Ever thought about selling your skin? This guy from Yekaterinburg is…

Lifestyle
Russia Beyond
Hannibal Lecter, eat your heart out!

Yuri Galakteonov from Yekaterinburg wants to sell his skin, and he claims he’s already been offered $100,000. Wait! What?? 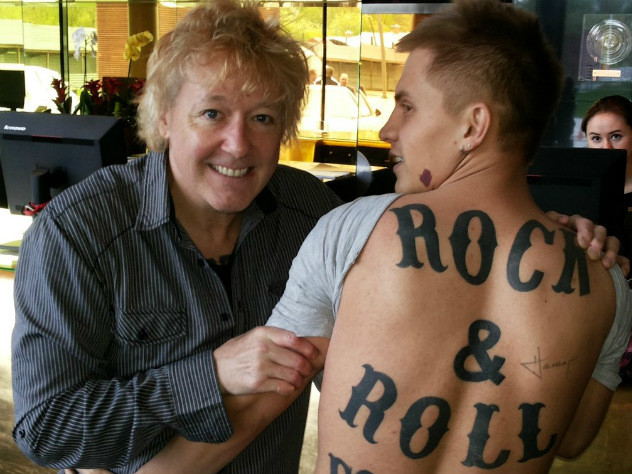 He collects autographs of famous musicians in the form of tattoos. First, each musician leaves their signature in normal pen on his body before Yuri runs to his tattoo artist to make them permanent. So far the handwriting of Ozzy Osbourne, Sting, Papa Roach, and Roxette, to name but a is forever etched into his skin. In he has 10 tats.

Now he wants to flog his skin in an auction….but luckily not until he’s died. He wants the cash before he croaks though “It would be better if they pay me, not my descendants. I could invest the money in some project,” he says, before adding that he’s more interested in writing his name into the history books than making money.