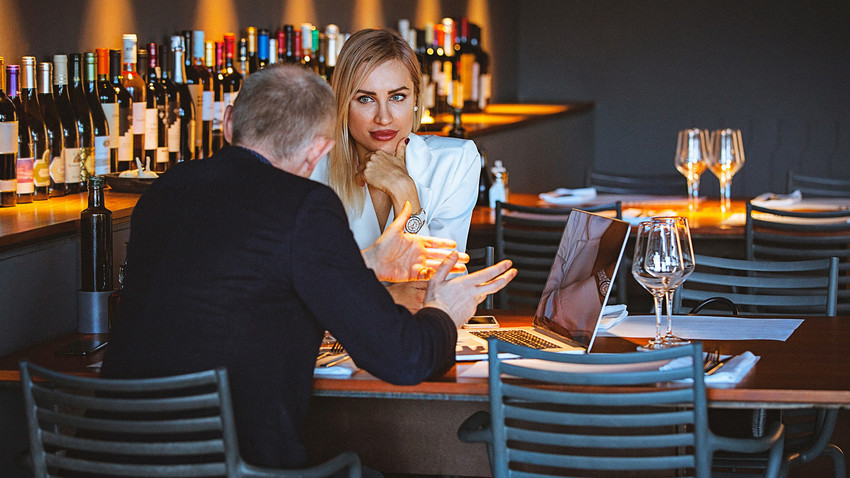 Getty Images
Some say that making deals with Russians is easy and fun, but others describe it as hell on earth. Whichever view you subscribe to we've collected helpful tips that might come in handy in any situation.

In Russia, people are used to bargaining. The bad news is that they're quite good at it, so you will probably not even realize when they're bluffing and when the 'final offer' is made: "Russians always try to bring the price down as much as they can. Often they just turn around and leave! And you have to accept their offer," says Ilona Mizova, a business consultant from Italy.

Indeed, bargaining is always worth a try. "I tried to 'haggle' with some Russians when buying gadgets and devices, and found that 50 percent of the time Russian sales people will have a laugh, and I'll continue until I find someone willing to drop their price or offer a better service. As people say, 'you snooze, you lose'," says Hugh McEnaney, who has lived in Russia for 10 years.

2. Do not waste time on small talk

Russians are always in a hurry, so as soon as they strike a deal, they're gone. At least, this is the impression foreigners get.

Some Russians have started to master the art of small talk, but most do not see the point of it. "Russians often consider this 'talk about nothing' a waste of time. We like to get to the point straight away," says Alexander Antonov, a businessman.

So, our advice is not to bother with extraneous chatting. It is unlikely to be appreciated. Cutting to the chase is a better option: ask straight away what they want, when they need it and how much they are willing to pay.

3. Have everything recorded on paper

Russians are terrible skeptics. First, they do not trust anything that's not been recorded on paper and signed. "There is even a proverb that says: talk is cheap. It means that verbal agreements without a record in writing do not constitute a real obligation," explains Korean businessman and blogger Lucky Lee.

Second, Russians are often afraid of being cheated and are very careful. "That is why they want to double-check every little thing a dozen times. This can be very annoying," says Ilona.

So, don't let it get on your nerves. Let them check and double-check everything for peace of mind.

4. If a Russian has disappeared, do not look for them.

Despite the fact that the average Russian tends to be rather blunt and is used to speaking their mind, they are not very good at saying No. That's why their typical strategy is just to 'disappear'. If earlier you agreed on something (verbally) and then your Russian counterparty changed their mind, they will rarely tell you directly. Most likely, they will simply stop answering your calls and messages. Rude? Maybe. But a Russian believes that is better than to say No to somebody's face.

5. Do not be fooled by luxury and status

For a Russian, status is everything, and it's still used in an attempt to impress. That said, there may well be nothing behind the image of success. Sometimes there is a complete failure.

"We were invited by a company in Moscow-City [considered the most prestigious business cluster]. The first thing we noticed was that there was no sign on the intercom panel. Then we could not enter - the manager had gone out for lunch and there was no one to answer the door. That was a class A office, and they wanted to raise $50 million in investment," says financier Yevgeny Gusev. The man was saying that the company had leading positions in its industry, and on a whiteboard behind his back there was a business plan for the company's launch – they had forgotten to wipe it off.

So the lesson is: check everything before you say yes.

6. Do not think that a meeting is the end of it. It is just the beginning.

You already had several telephone conversations, and a long correspondence. You agreed what to do, how and when. Now it's time for a face-to-face meeting. You think you've got the deal.

Not really! Russians take a very long time to get started. Even if everything has been discussed a dozen times, it could still change a dozen more times. Face-to-face meetings are considered a platform for debate and searching for solutions. So be prepared to express polite disagreement.

On the bright side, after the meeting everything will move pretty quickly.

7. Do not make a Russian admit their mistake

"I sent my employees to training programs so they'd make fewer mistakes. However, often that didn't lead to personal development but to dismissal and demotivation," says Lee.

Failure and criticism either upset Russians, or prompt them to protest and take offense. The worst thing you can do is to openly say: "Your idea / proposal / whatever is bad." The correct version is: "I like your idea, it's brilliant. But let's consider ... ".

8. Treat a Russian to a meal

It sounds trite, but this tip still works best. "Do not starve Russians. After a delicious lunch or dinner with a bottle of wine, negotiations go much better," says Ilona.