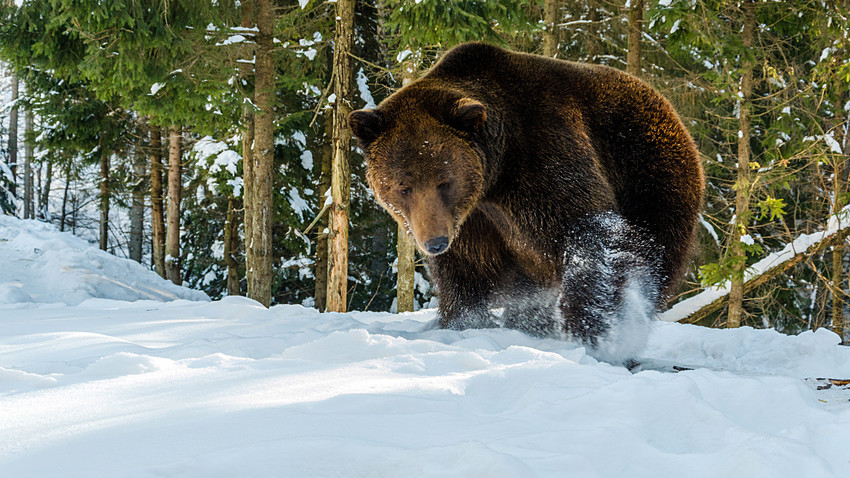 Legion Media
The slumbering beast now has his own security guard and selfie-taking fans.

The snow has arrived and many of Russia’s animals are bedding down for the winter. However, one bear in Siberia’s Chelyabinsk Region has decided to hibernate in a spot (that’s either very dangerous or very safe – we’ll leave it up to you to decide) in the closed city of Snezhinsk. The bear broke through the tall fence surrounding the city on Dec. 4 and is now sleeping in the woods. The only problem is are made in the heavily fortified location.

Marina Dymova, a spokesperson for the Chelyabinsk Region’s Ministry of Ecology, says the animal has built a nest from brushwood. The danger is if the bear wakes up early for whatever reason. “It will be hungry and ferocious – because Snezhinsk is closed and there are no other wild animals here, people and dogs could become his prey. If he wakes up, we must act immediately,” Dymova explained.

The authorities have employed a security guard to watch over the animal; warning signs will be put up close to his nest in the woods, and webcams installed to monitor his activity. Later, the authorities plan to sedate the bear and transport him back to his natural habitat outside the city.

Chelyabinsk’s citizens don’t seem too concerned though as many have tried to take selfies as near as possible to the bear’s winter lodgings.