10 symbols of Russia that Russians are fed up with 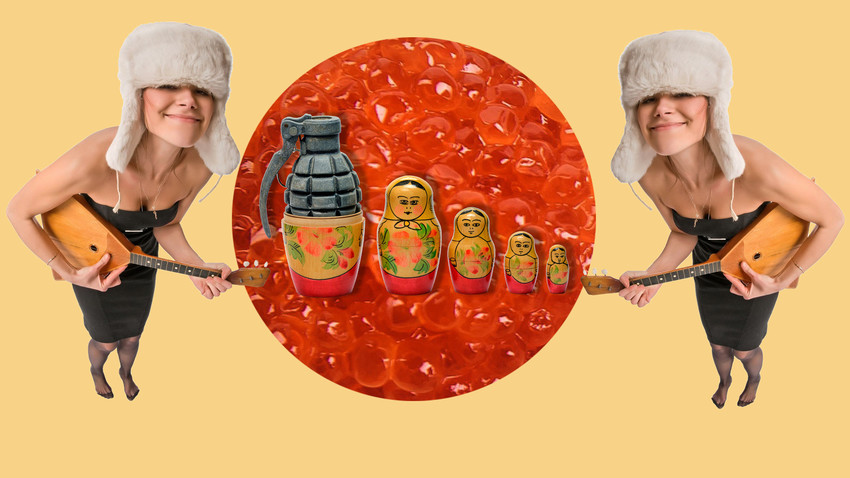 Getty Images, Legion Media
If you want to infuriate a Russian, just say our women are as beautiful as matryoshkas, offer to drink vodka with them, ask about bears on the streets, or if they have a balalaika at home. And then run, run as fast as you can. 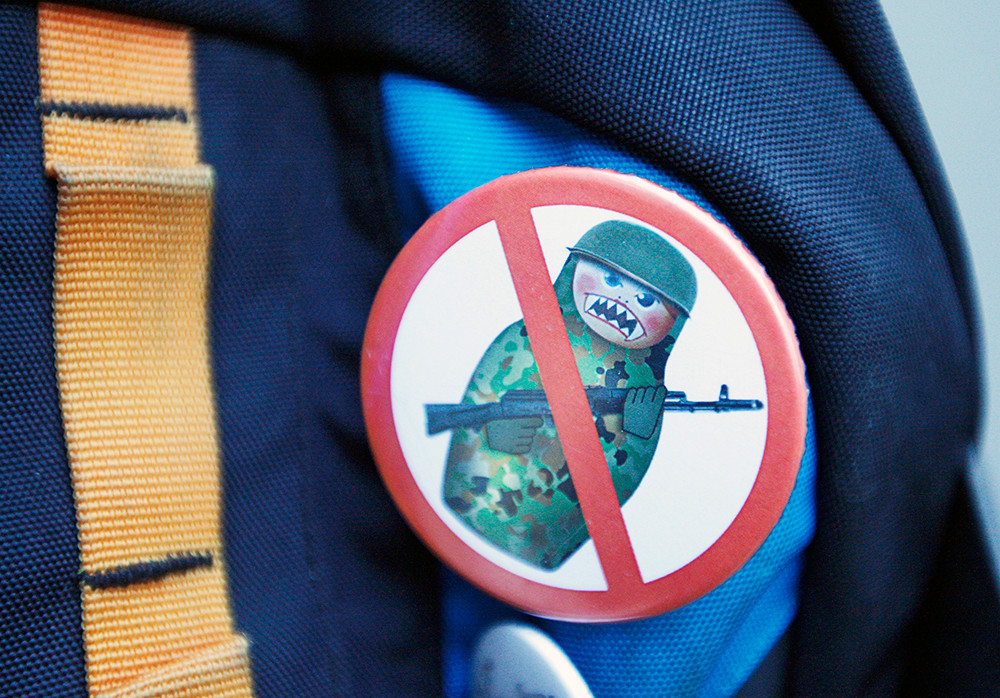 might surprise you to learn that the iconic Russian doll isn’t even Russian at all – the idea was brought to Russia from Japan by the famous entrepreneur Savva Mamontov. And, although early 20th-century Russian kids played with matryoshkas during Soviet times the dolls were more often house decorations hidden away in cupboards. Their tacky “flowery” design and creepy fixed stare, unfortunately, contributed to the “doll-like” perception of Russian women. By the way, never compare Russian girls to matryoshkas s. You might get a slap or worse, be showered in hot borscht. Oh, and borscht isn’t Russian either. 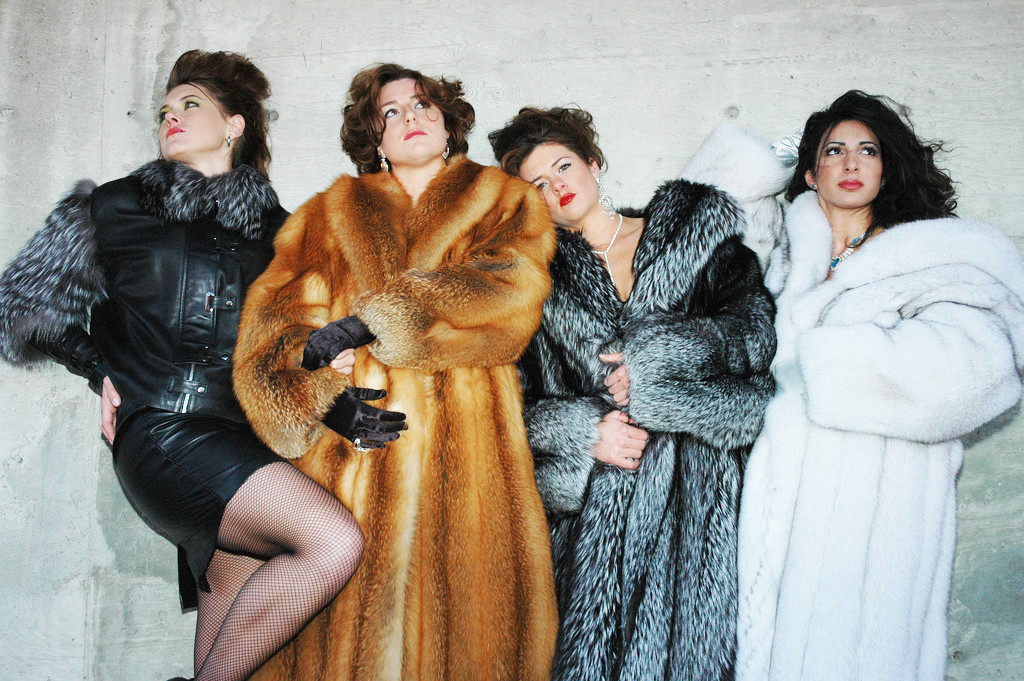 get me wrong – we adore our women. We’re just fed up with the image of a Russian woman adopted by the world media. Many foreign people still think Russian women are easy-going and only crave luxury items and money – well, they want some more complicated things. And there are particular difficulties in dating Russian women which can counterbalance their beauty and resourcefulness. There are also a few other traps to watch out for.  In short, “dumb ” aren’t around anymore if they ever were. Go and dive into some classic Russian literature, you might need it on your first date. 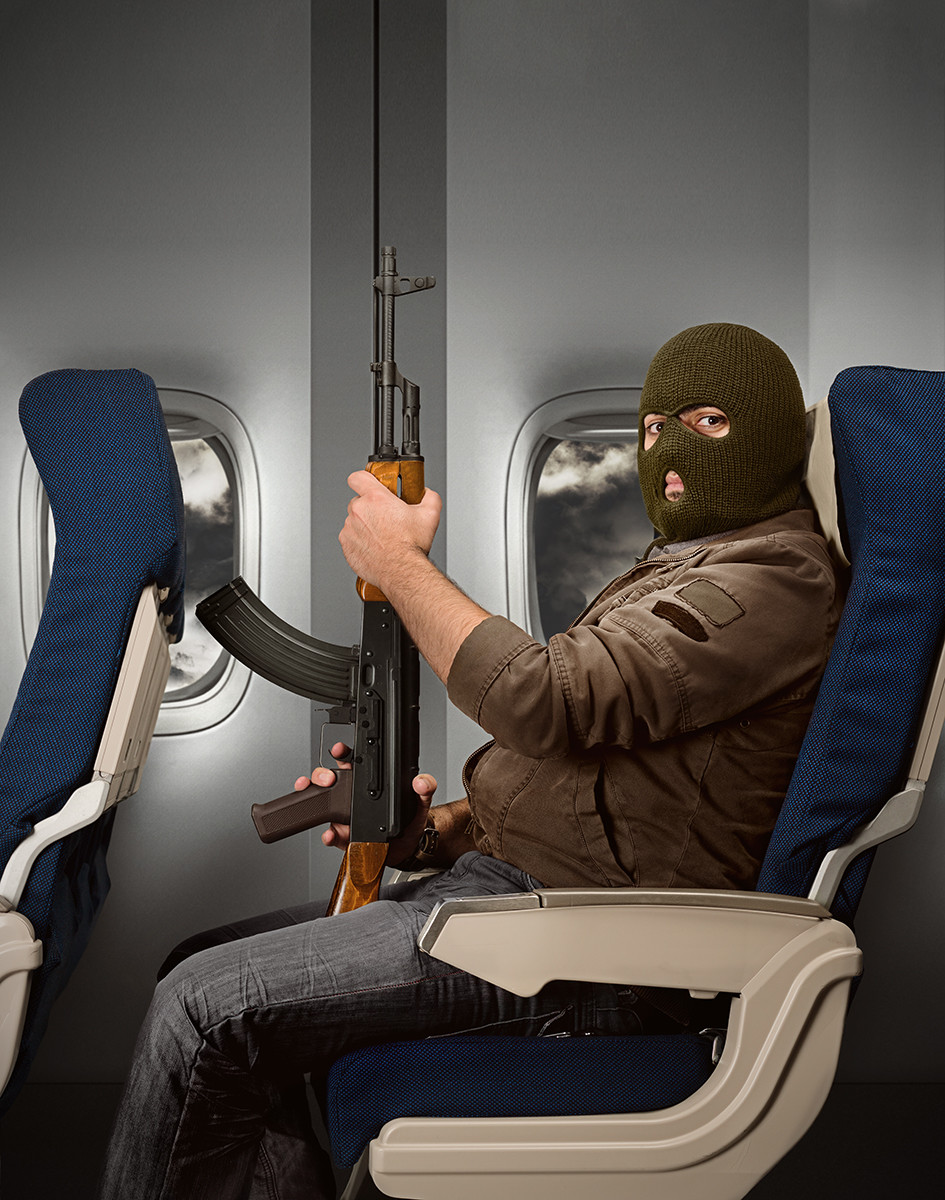 First off, it’s strange to have the AK-47, the most proliferated assault rifle in the world as one of your national symbols, but there’s nothing we can do about it. Used as a tool for liberation in many countries, the “Kalash” has also by oppressors, terrorists, and extremist organizations in and out of Russia. There are not so many Russians who hang replicas AK-47s in their home or ramble on about the assault rifles for hours on end. So it’s a bit of an “export” symbol. 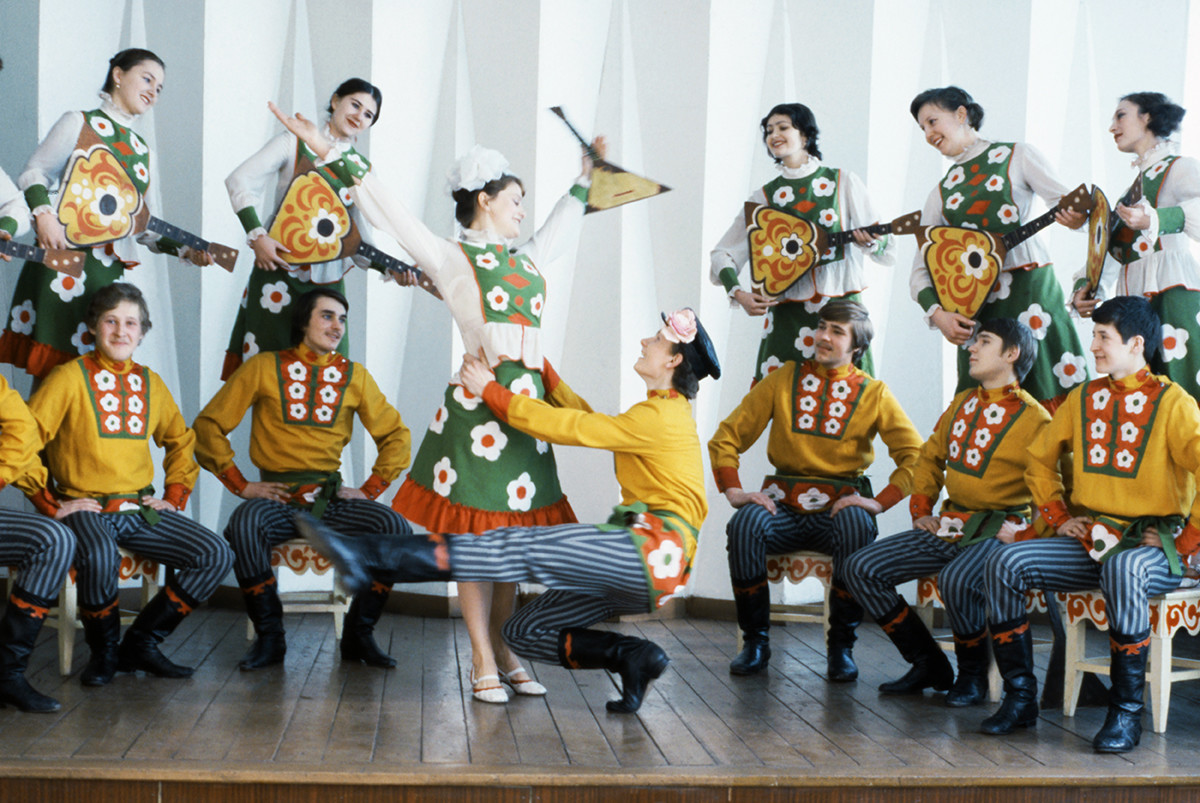 This musical instrument never served as an accompaniment to ancient Russian oral lore. Bards of Ancient Rus’ used the gusli, while the balalaika was only introduced around the 18th century, and its contemporary version was created at the end of the 19th century. It was Soviet culture that popularized the balalaika as a “Russian folk instrument” and doomed innumerable kids to mastering it in musical schools. Hard to play (thick strings), limited in range, and suitable only for certain types of music, the balalaika occupies the periphery of Russian culture. Now, almost nobody has one in their home. 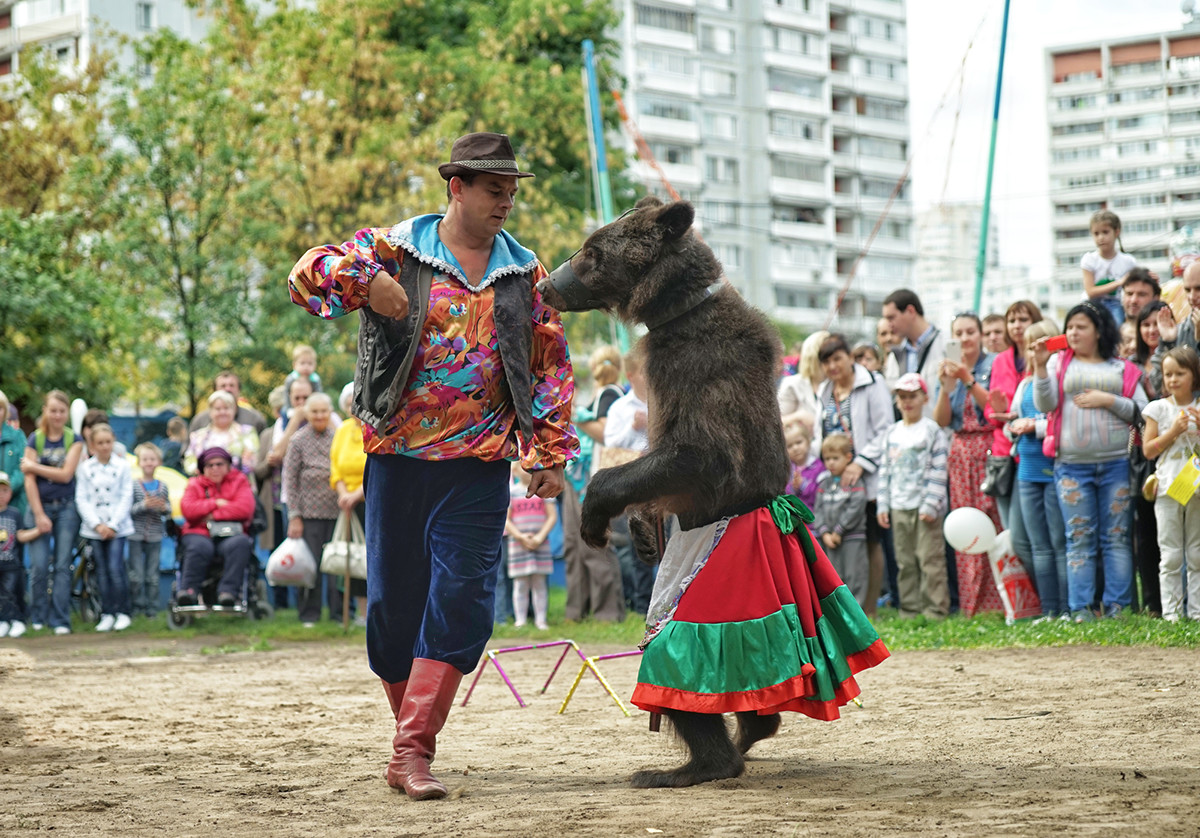 , images of bears are still used as mascots for different sports competitions in Russia and the coats of arms of some Russian cities and towns, and on many, many other things – it’s tiresome as hell. Yes, there was a time when they  walked the streets, and there are some famous bears, but hey! Most of us have only seen them in the zoo. And this “bear craze” doesn’t do them any good – just more bears in cruel traveling zoos and circuses (sadly, they still exists) to entertain the crowds. This image of shaggy brutal power with its razor-sharp claws and fangs – is it all Russia boils down to, in your opinion? 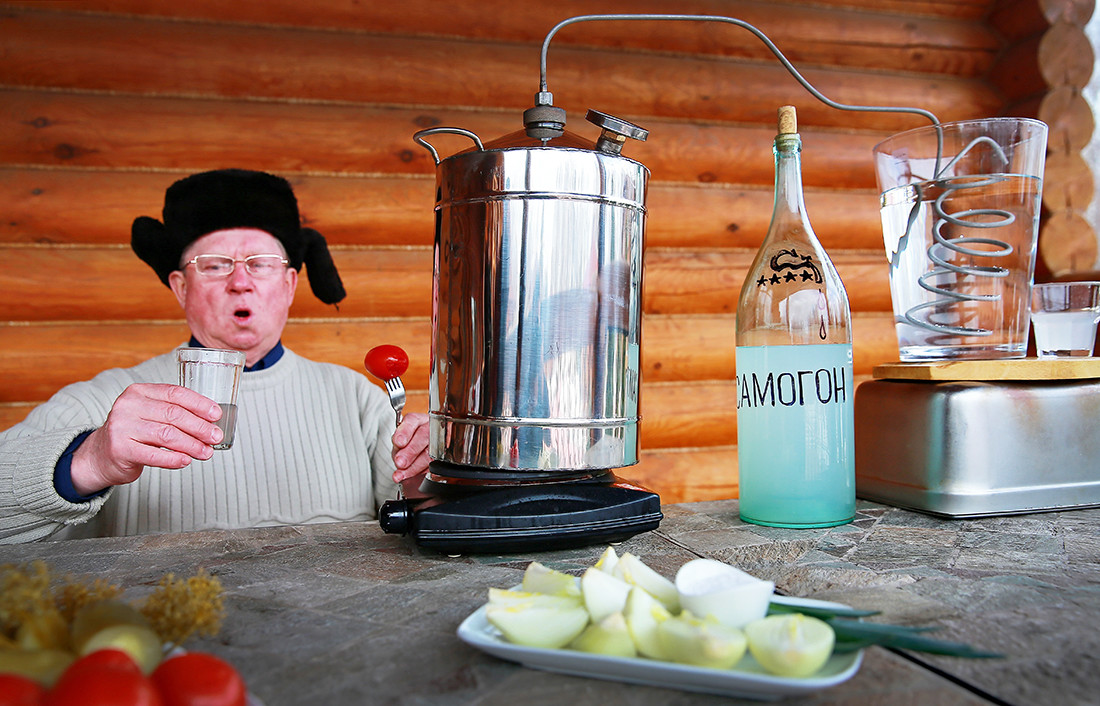 Again, the drink forever doomed to be associated with Russia wasn’t even invented here. It’s was slowly introduced first as a medicine, then as an elite drink for the tsars and nobility, and only in the 17th century did the powers that be encourage normal Russians to neck the stuff as there was a huge tax on the booze.  These days Russians drink considerably less. Not many Russians like to show themselves as heavy drinkers. It’s not that we detest vodka now – we’re just not drinking it for breakfast, lunch, and supper. It’s still enjoyed during festive occasions, just like your regular gin or whiskey. 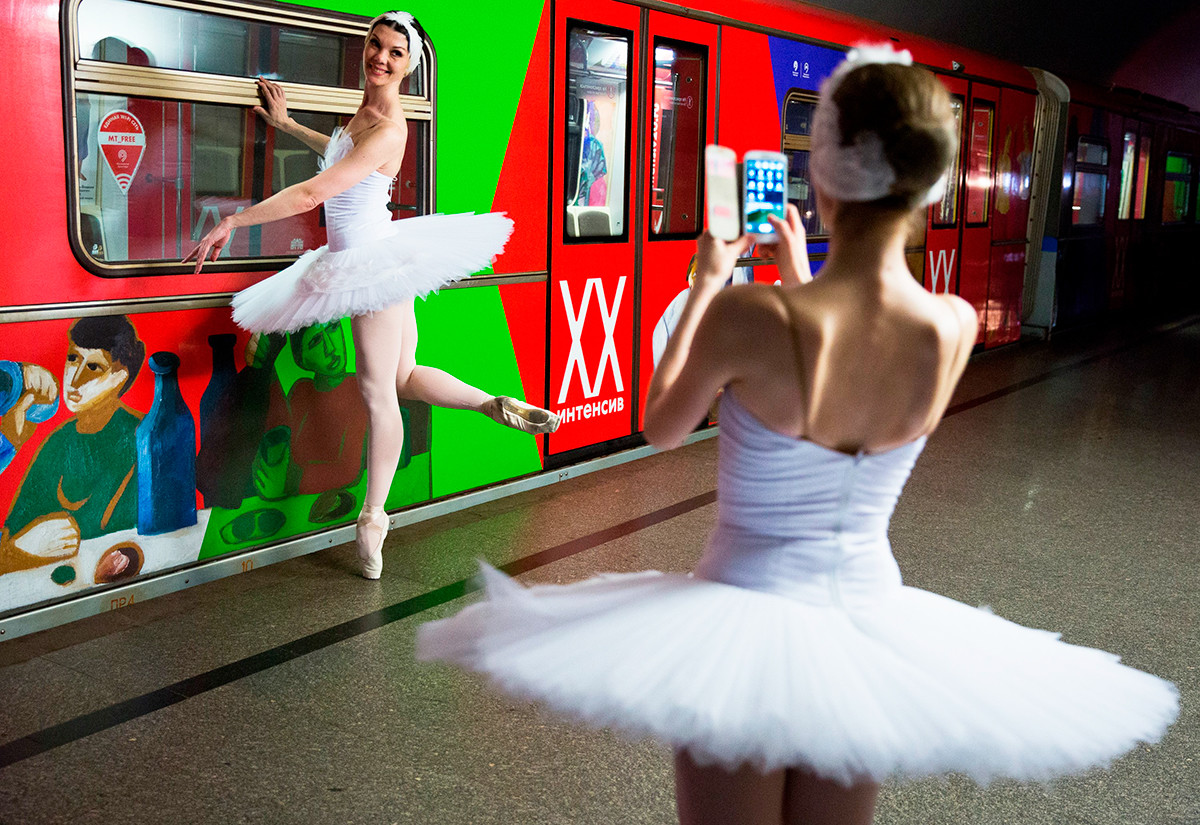 Swan Lake, arguably the best-known Russian ballet among Russians, is remembered not only for its brilliant music and dance but also for being broadcasted on repeat during the 1991 coup d’etat. But for ballet as a symbol of Russia…Russian ballet as you know it is incredibly aged. Its composition and main moves come from the 19th and early 20th centuries, and currently, only ballet lovers are proficient in observing its peculiarities. It’s by no means mass art: most Russians, believe it or not, have never seen a single ballet production. Oh and the prices. Viewing national symbols shouldn’t cost an arm and a leg for the people who live in the country. 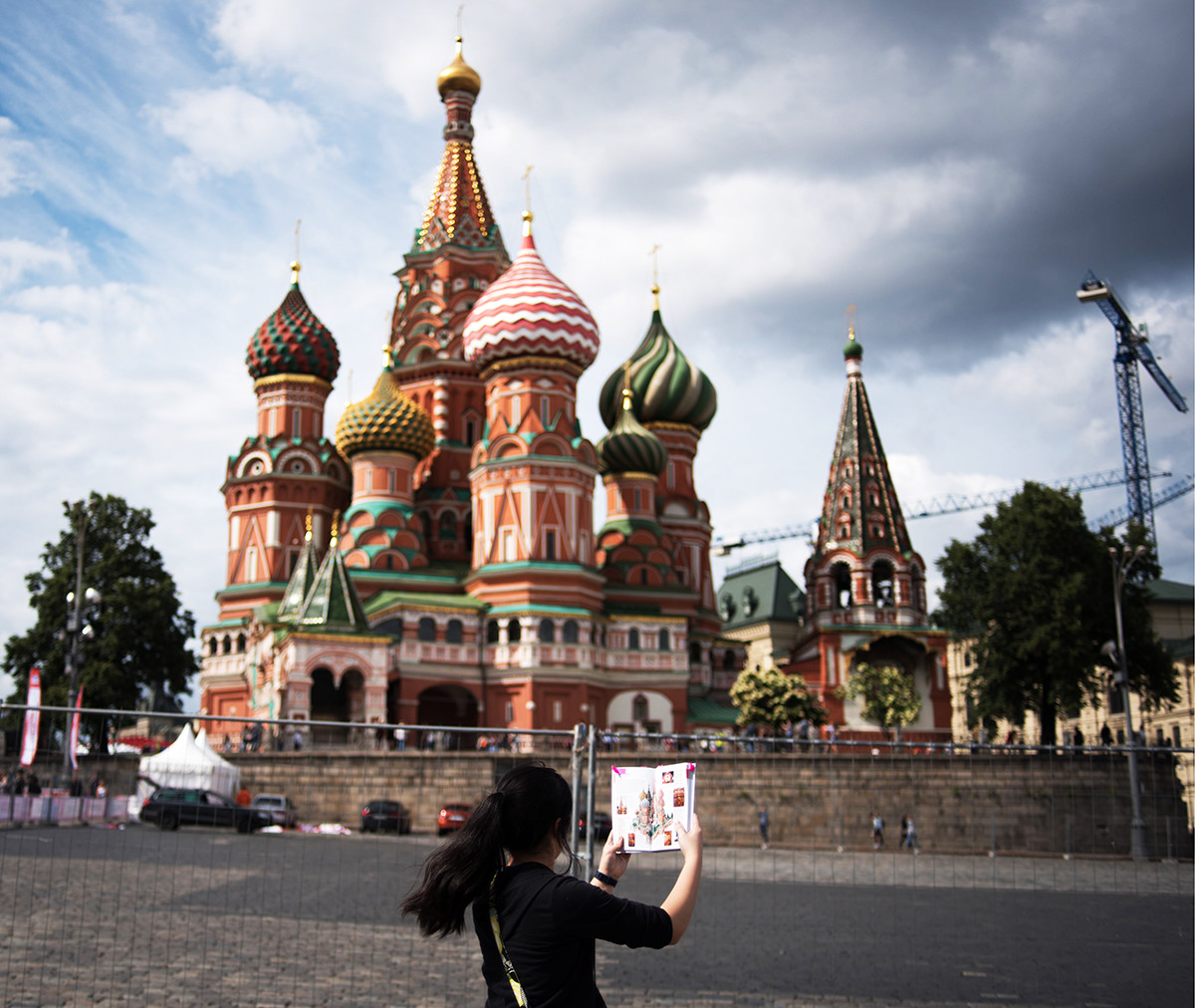 This nine-domed cathedral’s image is one of the most reproduced images of Russia. Even its silhouette is instantly recognizable around the world. What’s peculiar, though, is that the cathedral isn’t Russian in its architecture at all – it draws heavily from Italian and Eastern architectural traditions. The image of the cathedral is so widespread that for Russians it’s even hard to see it as a historical monument, and the crowds of tourists make it impossible to immerse yourself in meditation while inside. And it seems Russians weren’t satisfied with just one St. Basil – in St. Petersburg, the Cathedral on the Spilt Blood resembles St. Basil so much they always get confused by foreigners. 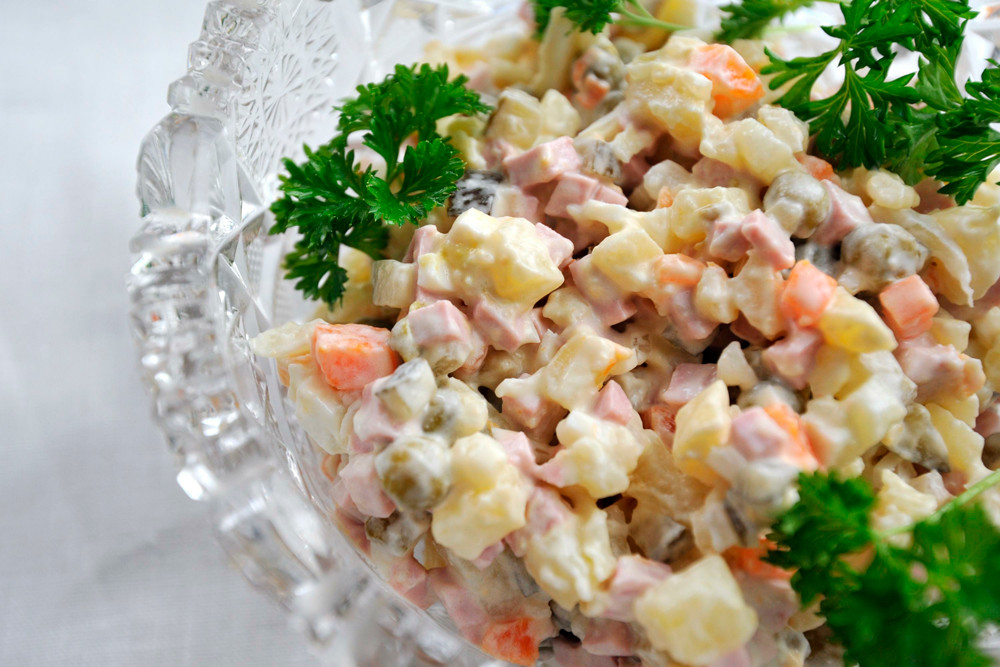 Russian salad, or “Olivier,” is named after its French creator, Belgian Lucien Olivier, the chef of the Hermitage, one of Moscow's most celebrated restaurants of the past. Olivier invented the salad in the 1860s, and it contained grouse, veal tongue, caviar, lettuce, crayfish tails, capers, and smoked duck. Yes, almost all of its original ingredients are no longer used. Take boiled potatoes, boiled eggs, ham, meat cut into cubes, green peas, mayo – and your basic Olivier is ready. not haute cuisine; rather, a quick snack when you don’t want to treat your guests to a “real salad.” That’s why it’s so popular during New Year celebrations. It’s easy to cook, and not as tasty as you think. 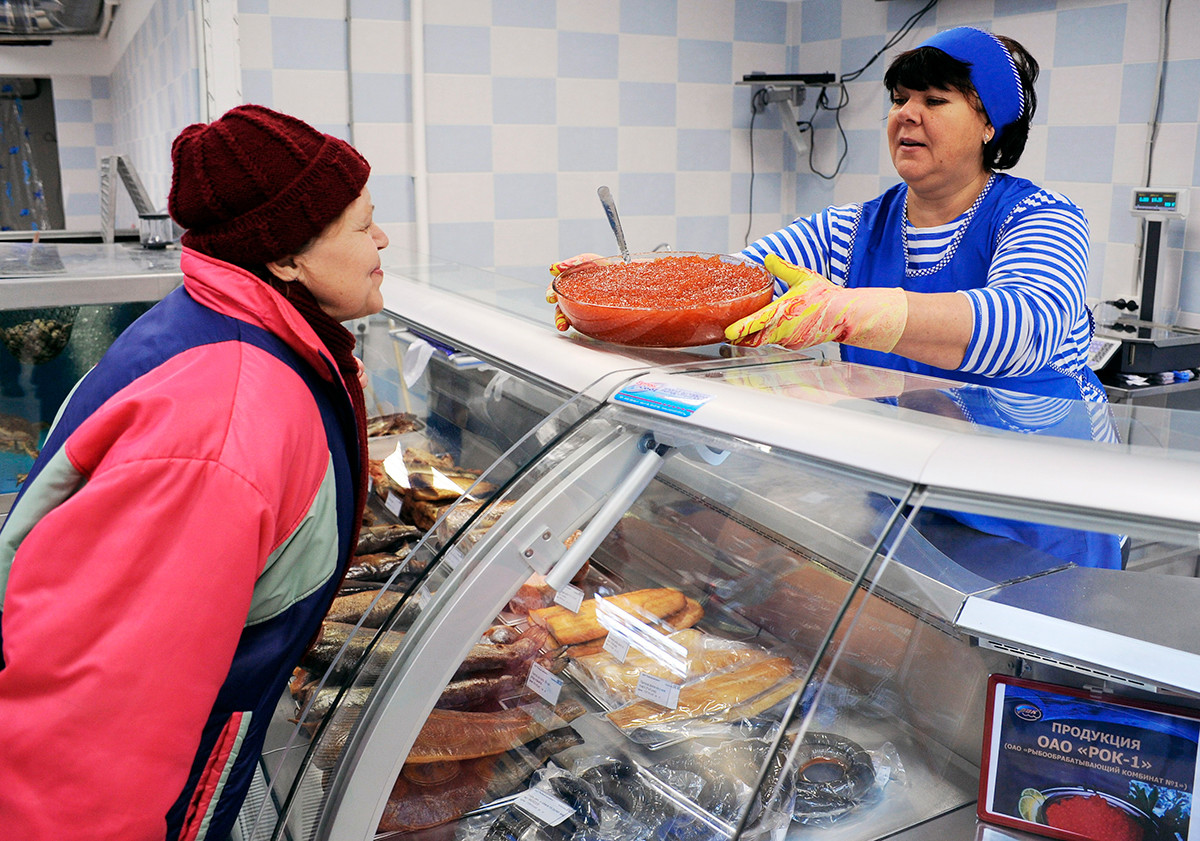 For most Russians, caviar is not a staple food, it’s a delicacy. Yes! Because it’s expensive! Salmon roe might appear on Russian tables several times a year (birthdays and New Year), but for most of us, sturgeon caviar is too posh. Don’t believe the movies in which Russians eat sturgeon (black) caviar for breakfast. Meanwhile, in the Far East, caviar is sometimes so abundant people use it as a beer chaser or feed it to their cats. But, when transported to Central Russia, the cost of caviar rises to exorbitant levels. A beautiful national symbol most of us can’t afford to taste.