Everything you ever wanted to know about Russian vodka 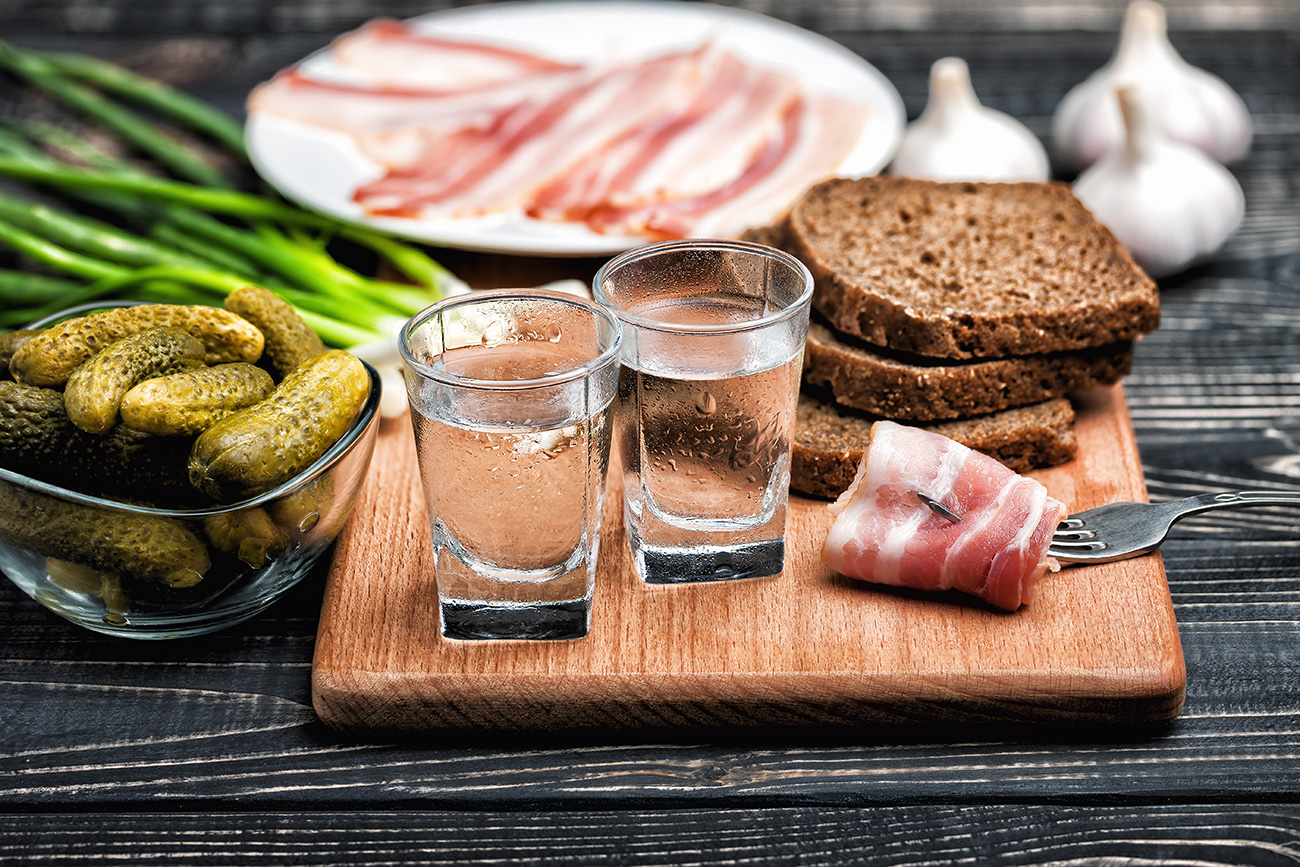 Legion Media
Russians didn’t actually invent vodka but they happily adopted it, and for centuries it’s been both a gift and a curse for the country.

“Vodka is a lubricant that reduces tension between Russians and the reality around them,” Dmitry Bykov, a contemporary Russian author, once said. “Without vodka, the vulnerable soul of a Russian and cruel reality would scratch each other, but alcohol helps Russians to deal with the world.”

Bykov was surely joking. The age old stereotype is not true - not every Russian adores vodka and it might be hard to believe but there are people who hate the “lubricant.” The likes 19th century writer Leo Tolstoy fiercely criticized drinkers. “It’s hard to imagine just how happy society would be if people gave up poisoning themselves with vodka, wine, and tobacco,” he once said.

Vodka, however, is strongly associated with Russia. The country is an indispensable part of the so-called “European vodka belt,” where - over time - spirits have become the most popular alcoholic beverage, beating wine and beer. But it was not always this way.

Even Russians are not entirely sure when vodka first seeped into the country, nor how it became so widespread. There is a myth that it was Dmitry Mendeleev, the creator of the periodic table, who brewed the first batch of 40 percent proof, standard strength vodka in 1894 - and he’s subsequently been praised as the drink’s father, but this is not true. Vodka has been around far longer.

The liquor was actually marinating livers during the 15th and 16th centuries in Tsarist Russia, according to historian Alexander Pidzhakov. He says Russians took inspiration from Europe where Italian scientists were experimenting with “aqua vitae,” alcohol created by distilling fermented wort. Aqua vitae was seriously strong - not too far off pure spirit - and Russian brewers used it to create the first varieties of “bread wine.” So there it began, back in the 16th century. This early type of vodka was even exported abroad.

Producing vodka not for the masses

Vodka was cheap to produce, so it was pretty easy to make a profit selling it. During the 18th century, the government didn’t want any Tom, Dick, or Harry (or Ivan) brewing up the drink so Empress Elizabeth issued a decree which only allowed noblemen to make and sell vodka. This improved the drink’s quality as noblemen could afford the methods and ingredients used to purify vodka, including animal proteins. They also added different flavors, with every producer creating his own unique tastes.

Nevertheless, the aristocrats’ privilege didn’t last long. In the 19th century illegal production of low-quality vodka using potatoes rose. Therefore, concerned Russian emperors established a state monopoly: Only the government was permitted to produce the alcohol, and 40 percent proof was rubber-stamped as the standard strength.

From state monopoly to competition

The government largely kept its monopoly on producing and selling vodka, no matter who was in charge - emperors or communists. By the time WWI broke out in 1914, the monopoly was the biggest source of cash for the Russian authorities, generating up to 32 percent of the government's total income.

State vodka production was halted due to the conflict, but in 1924 the Soviet government revived the process as the USSR desperately needed money. “You cannot build socialism with white gloves on,” Joseph Stalin said, meaning that despite the strong opposition against drinking, the Bolsheviks had to continue selling the beverage.

The state’s iron grip on production lasted until the Soviet Union collapsed. In the 1990s, the private sector pounced on the opportunity to start brewing vodka, and it’s the same today. However, some politicians occasionally try to convince the government to re-establish control over brewing to combat poor quality and cut down alcohol consumption.

Now that you’re familiar with vodka’s path towards Russian hearts, we have some more important information for you to make our vodka guide really ultimate. Enjoy!

1) The most important issue for foreigners concerning vodka: “How to drink it?”

3) Is it true that all Russians drink too much vodka (and other types of alcohol)?