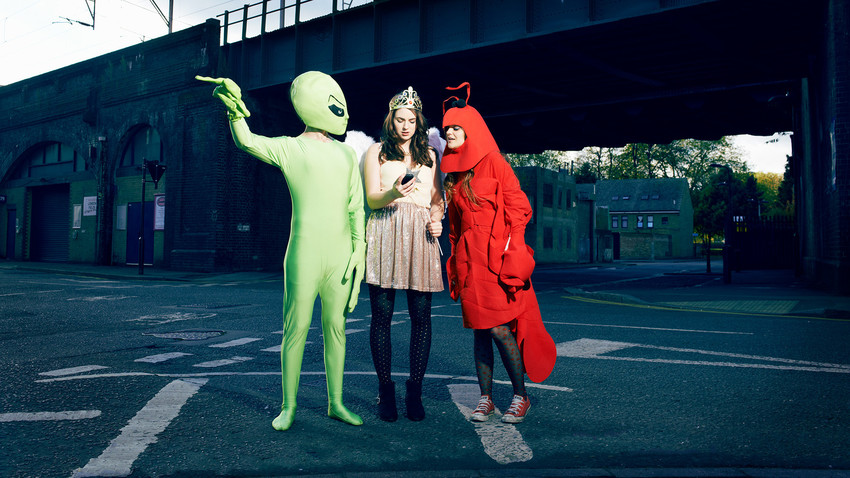 Getty Images
This year, a group of grannies sold their apartments to open a brothel, Donald Trump rode Russian public transport, and more.

1. Russians pretend to be bus to cross bridge. No kidding

How do you get across a bridge only for vehicles? Some innovative guys from Vladivostok found a way. They got caught halfway through, but top marks for effort.

2. Muscovites pay for iPhone XS with bathful of coins 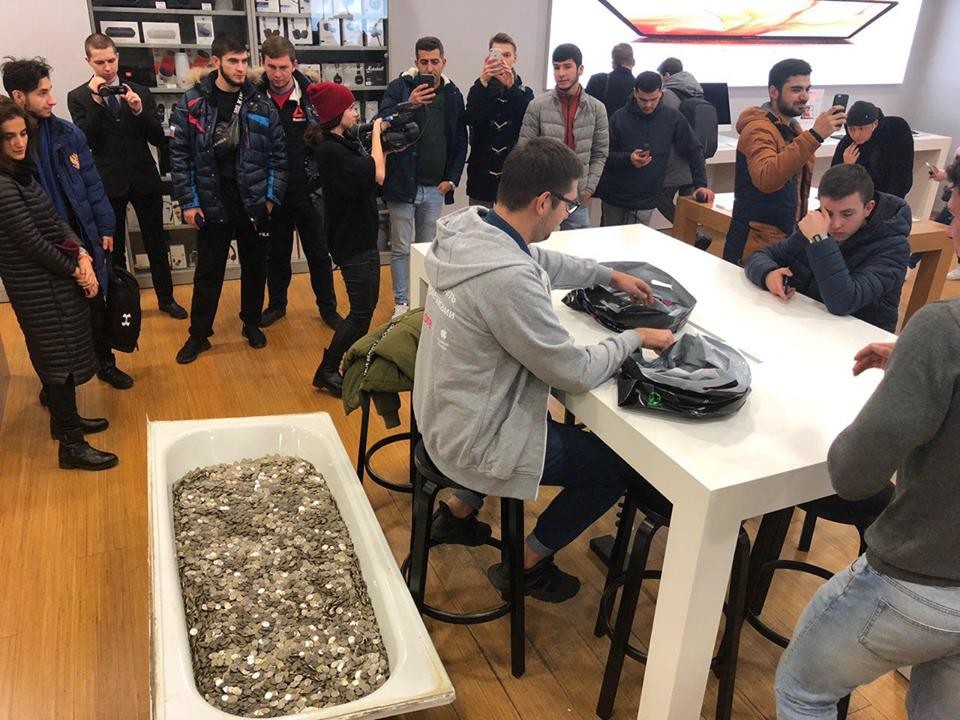 At a shopping mall in Moscow, two men tried to buy a new iPhone with a bath full of coins (link in Russian). They had their eyes on a 256GB iPhone XS costing RUB 100,990 ($1,500). It took the sellers about two hours to tot up the amount. In the end, they got the phone and even left with some change (plus the bathtub itself, presumably).

3. Man in Primorye steals wife's horse and flees to Ussuriysk 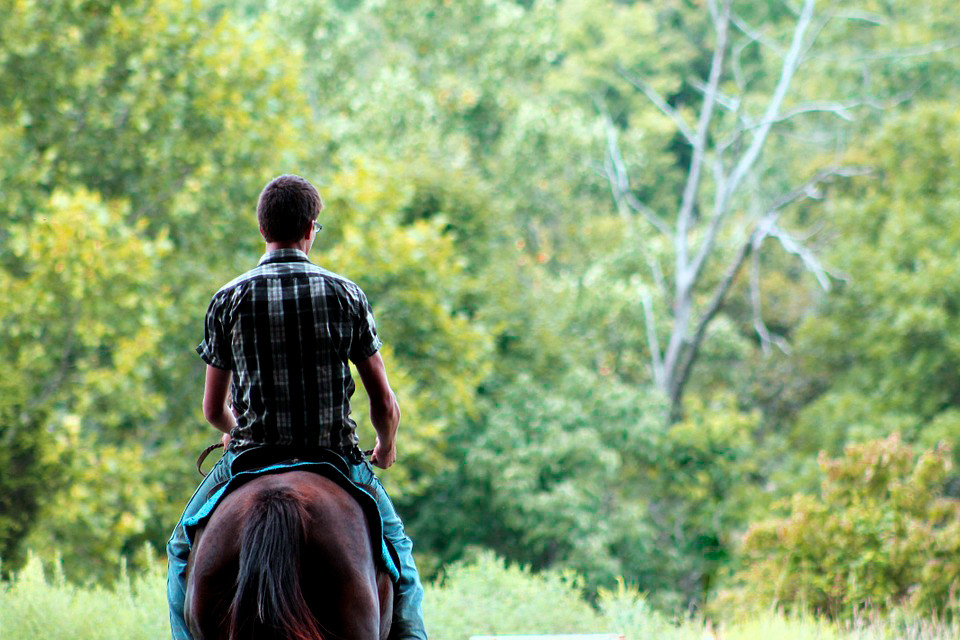 Perhaps he was tired of her cooking. Perhaps he was fed up of being nagged. Who knows. But one thing is clear, a man from a village stole a horse from his wife and rode to the nearest city (link in Russian). There he was caught by police after the victim reported the horsenapping. The moral of the story is clear: if you want to escape from a woman, don’t take her favorite horse—or she’ll come after you… 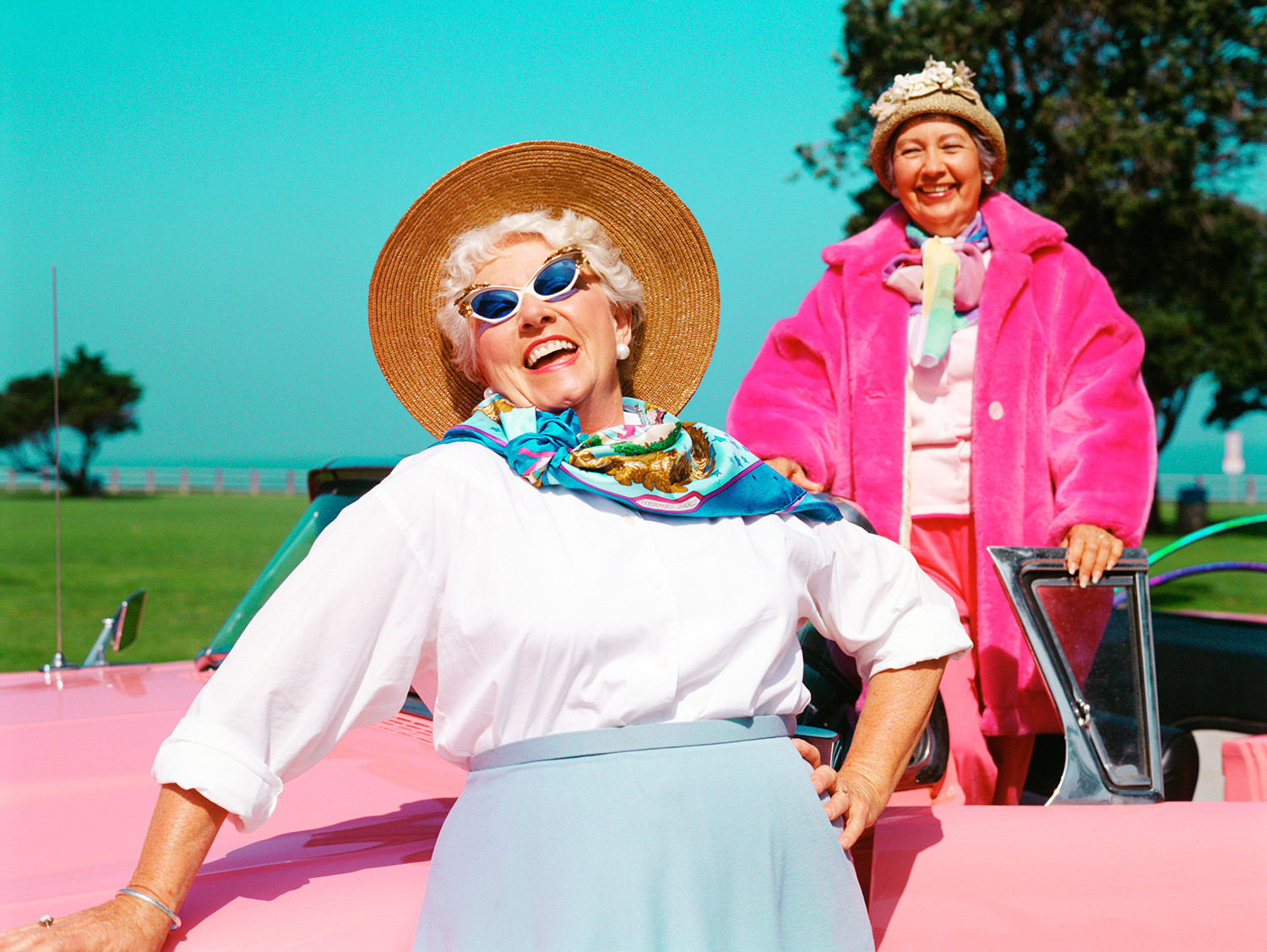 Two elderly women from Yalta decided to spice up their lives, sold their apartments, and set up a brothel in a sanatorium in their home city (link in Russian). The startup was a hit and the grannies were soon raking it in. But after a while they decided to ditch the enterprise, took the wages of their “employees,” and did a runner to Canada, where they bought a house and a Land Cruiser 200. What are your plans for retirement? 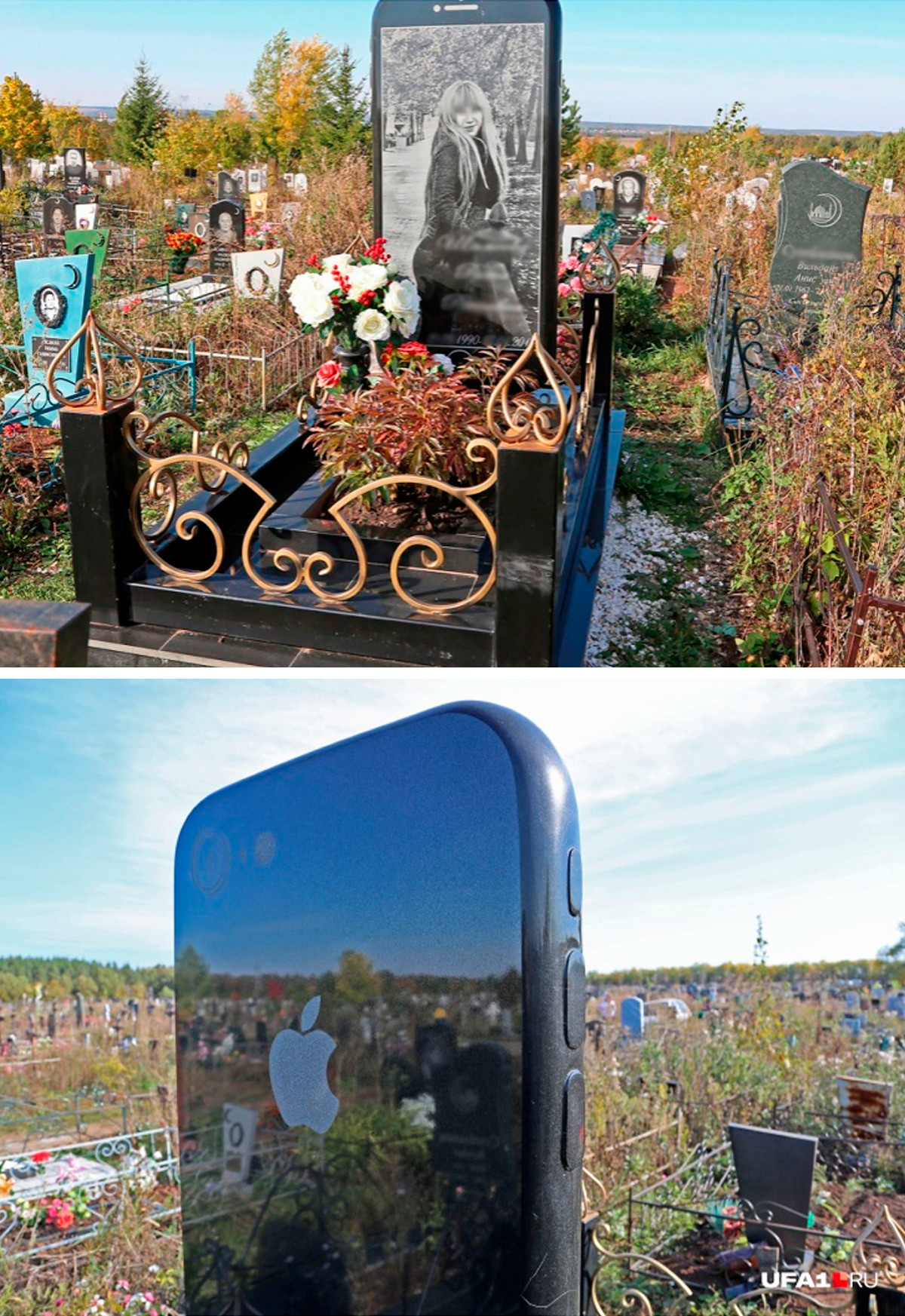 Many Russians are hooked on Apple gadgets. In the city of Ufa, relatives of a deceased woman mounted a gravestone in the shape of an iPhone 6 (yes, it had to be a 6, a 5 would have been so tasteless). Kitsch or not, the monument is an accurate reflection of the woman’s life, since she worked in iPhone sales in Russia. According to media reports, the iPhone memorial cost RUB 100,000 (let's hope it wasn't paid for with a coffin full of coins).

6. Woman rides Moscow subway with live fox on her shoulder 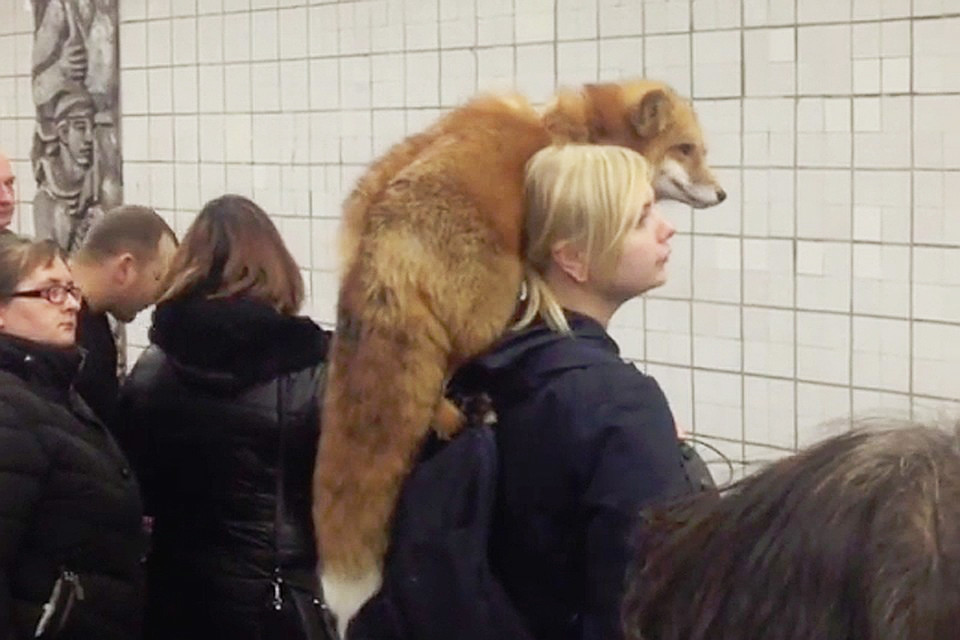 A screenshot from Marusya Morozova's video

The Moscow Metro is a museum of curiosities. But a live fox perched on the shoulder of an expressionless commuter really takes the cake for nonchalance (link in Russian). What would anti-fur protesters make of it? Video here. 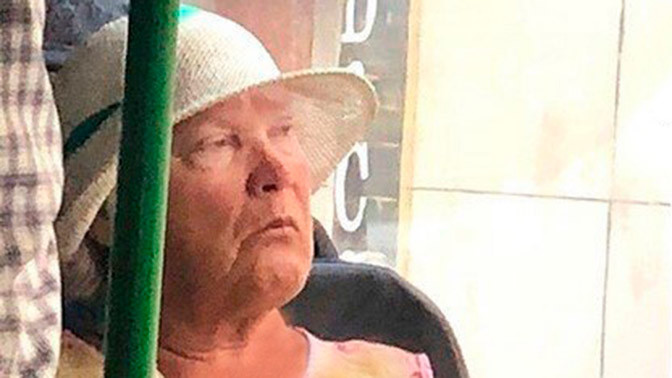 The US president's doppelgänger was photographed on a bus in Rostov-on-Don (link in Russian). That’s why he likes Russia—his twin sister lives there.

8. Ice statue of Ronaldo in Moscow gets pilloried online 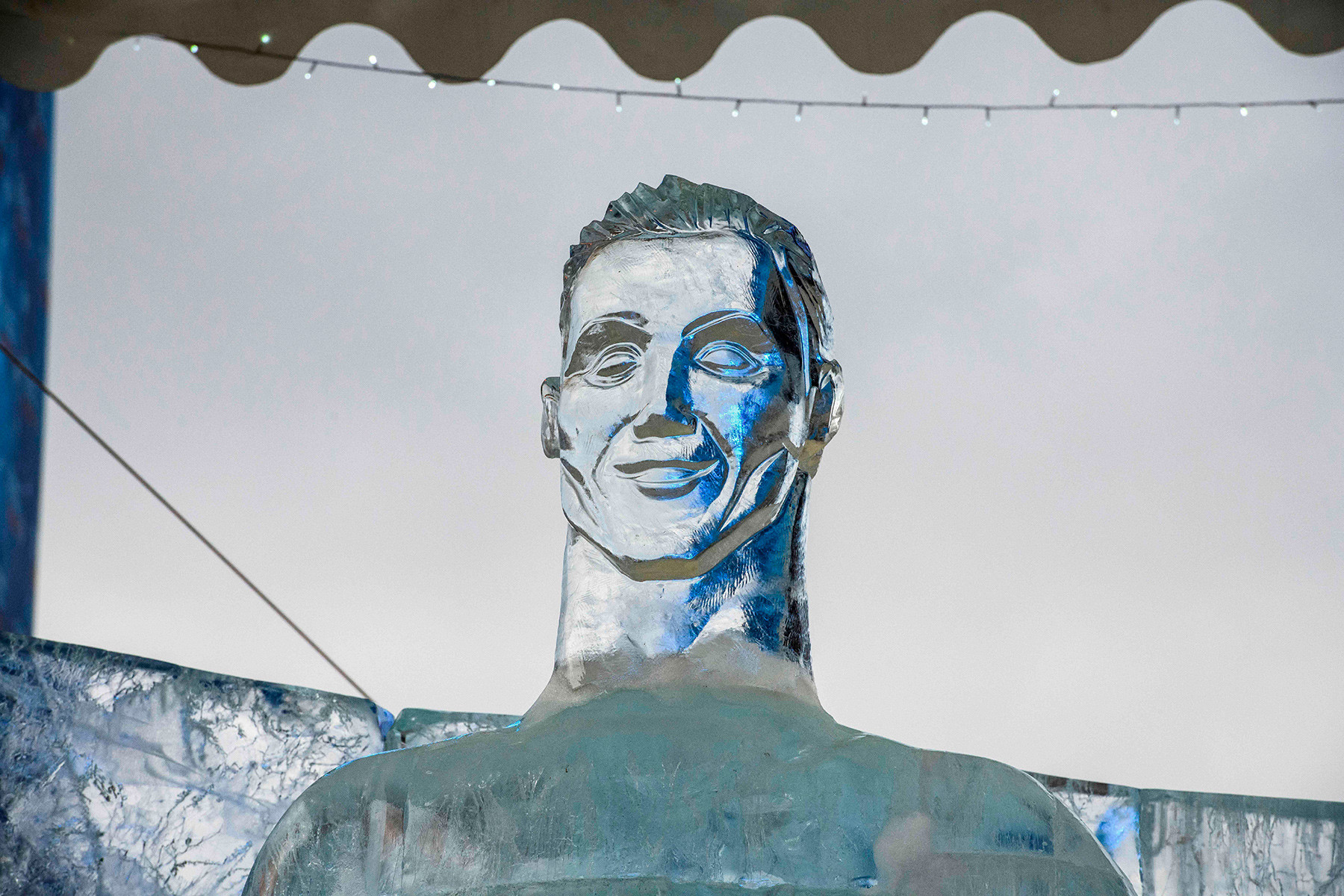 In summer 2018, Russia hosted the FIFA World Cup. Besides the triumphant (relatively speaking) performance of the Russian team, including the “leg of God” miracle against Spain, the event is remembered for the preparations. Who can forget, for instance, this ice statue of Cristiano Ronaldo, which caused guffaws of laughter on the Runet (link in Russian)? But at least it melted. Unfortunately, the one at Madeira Airport is still standing.

9. Man takes bear for a walk

We could hardly go without news of bears roaming the streets of Russia, now could we? In Prokopyevsk (3,500km east of Moscow), a circus worker thought it would be a great idea to put a leash on a 7-month-old bear cub and take it for a stroll outside (link in Russian). The police have already had a word in the man’s ear...

10. Field outside Moscow reads "Lord, help Russia"—it can be seen from space 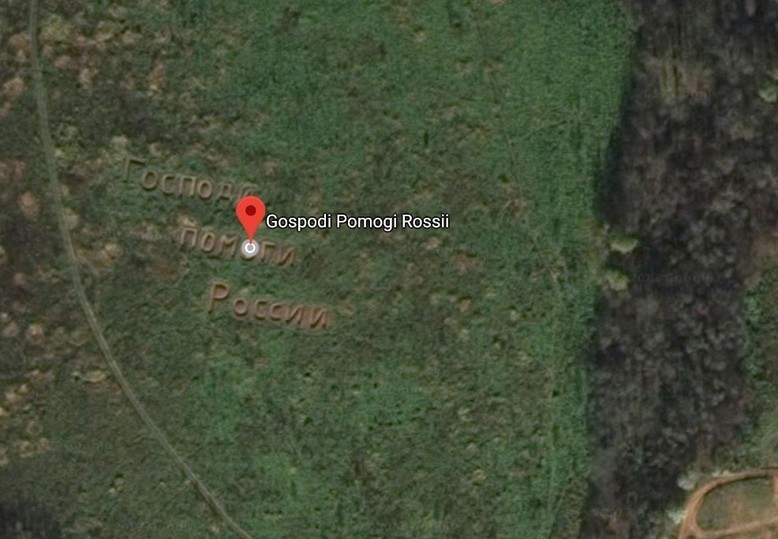 A heartfelt cry if ever there was one. Every day, after clocking off at the factory, Andrei Finochenko, a resident of the Moscow region, took a spade and dug the inscription in the soil with the aim of making it visible on Google and Yandex maps (link in Russian). “I put a lot of work into it. I dug every day after work for six weeks. Each letter is 5-6 meters high, 1 meter wide, and 50 centimeters deep,” said Andrei. Let’s hope that God can read Russian.