Lifestyle
Alexey Timofeychev
The names of these towns probably won’t ring a bell, but they’re certainly worth visiting because of their extraordinary architecture and history... 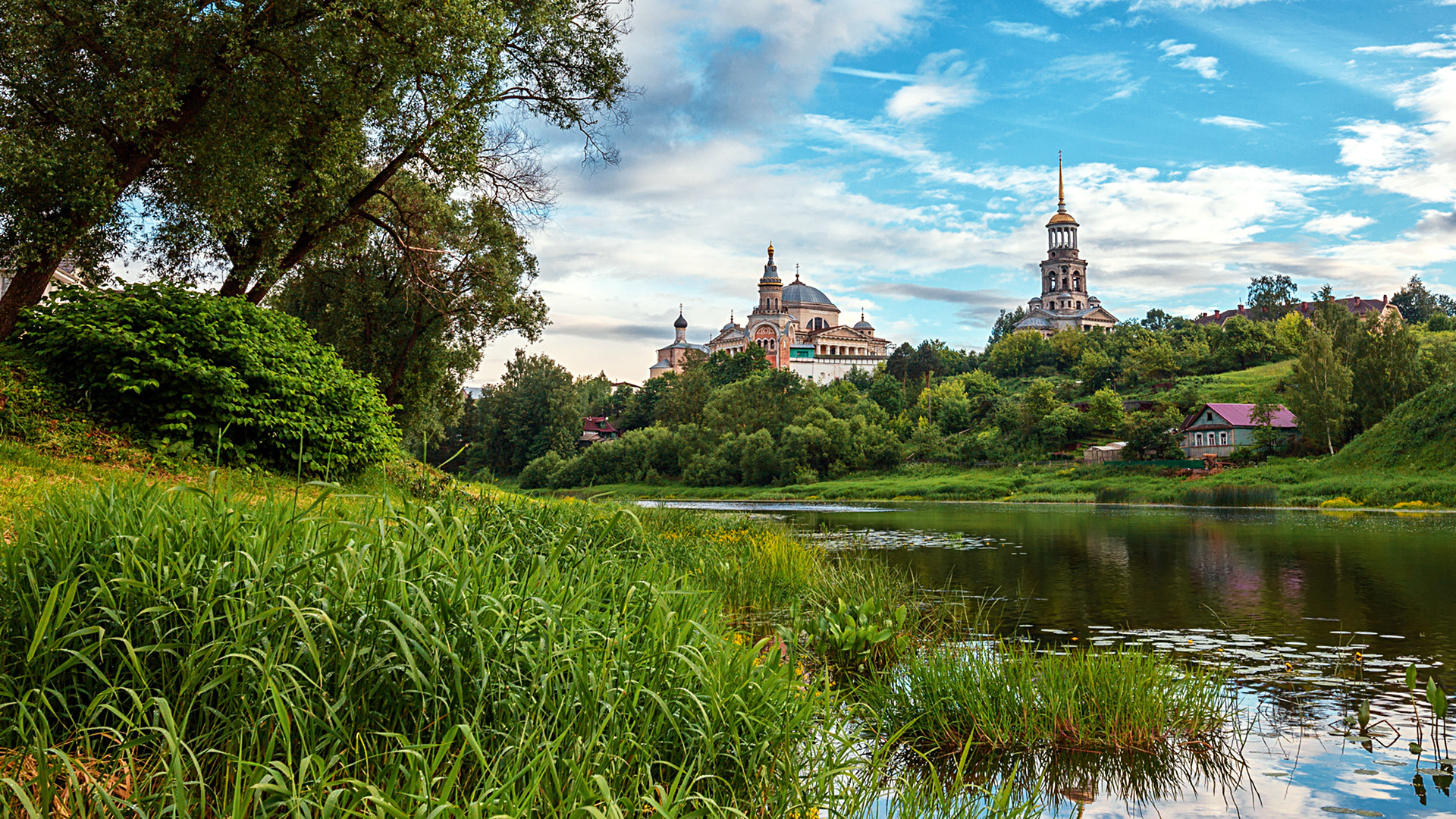 While Torzhok has less than 50,000 inhabitants, it boasts dozens of truly remarkable historical and architectural sites.

The name of this city, which is located on the road from Moscow to St. Petersburg, derives from the Russian word for a trading site (“”). It is favorably situated at the crossroads of trade and has a rich history that will fascinate anyone interested in Russia’s past.

In Torzhok’s early period (the city is first mentioned in chronicles in the mid-12th century) it was closely connected to a major medieval center of Russian trade, the city-state of Veliky Novgorod. Along with commercial privileges, its location also brought misfortune because it often was a target of attacks from both Russian and foreign rulers who wanted to gain control of the powerful and wealthy city-state. Fortune, however, smiled upon it again in the early 18th century when, after the foundation of St. Petersburg, the city happened to be on the main route between the old and new capitals 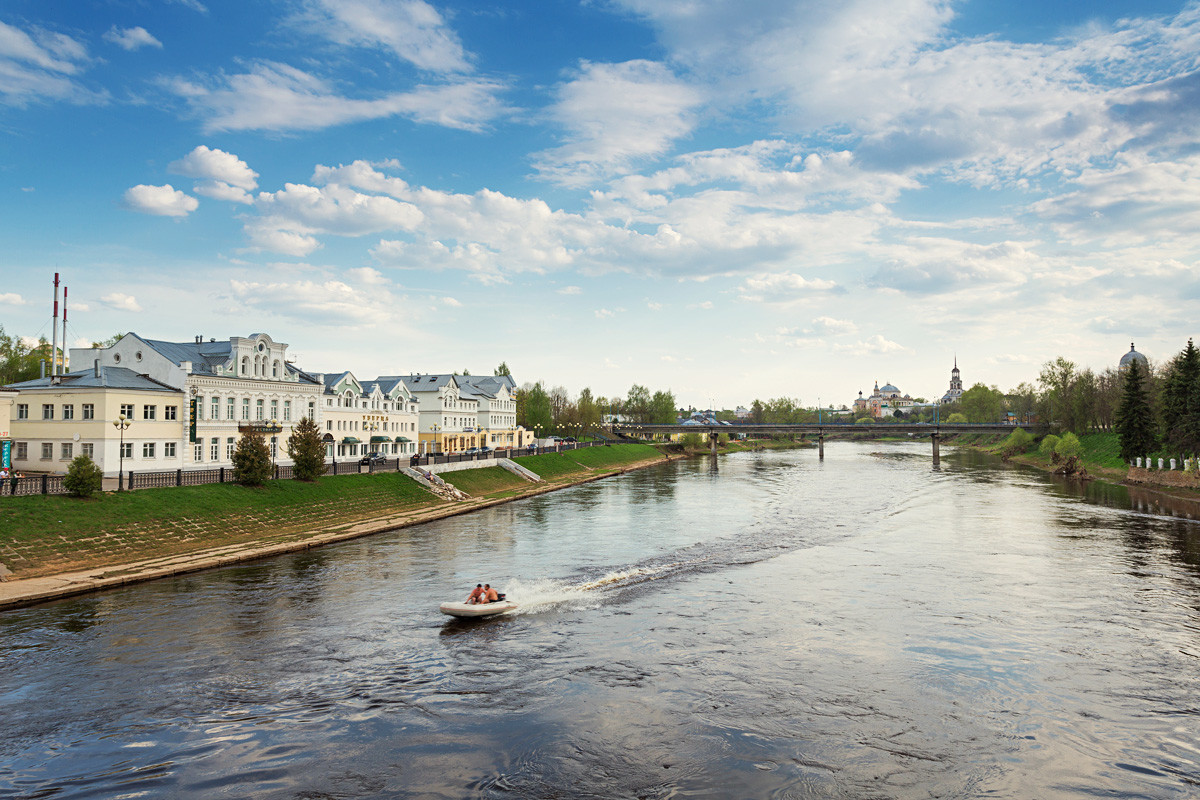 most interesting sites include many beautiful religious buildings, such as the city’s main cathedral, the Transfiguration of the Savior, which was rebuilt according to a design by the famous architect, Carlo Rossi. The Monastery of Saints Boris and Gleb was reportedly founded as far back as 1083. One of the town’s architectural highlights is the wooden Church of the Ascension, built in the mid-17th century. The town is also known for its embroiderers, who worked for the Romanovs and then for the Soviets. The Russian Orthodox Church is today one of the local embroiderers’ main clients.

They say that Torzhok - with its picturesque river views, old architecture, and rich history - is Russia in miniature. 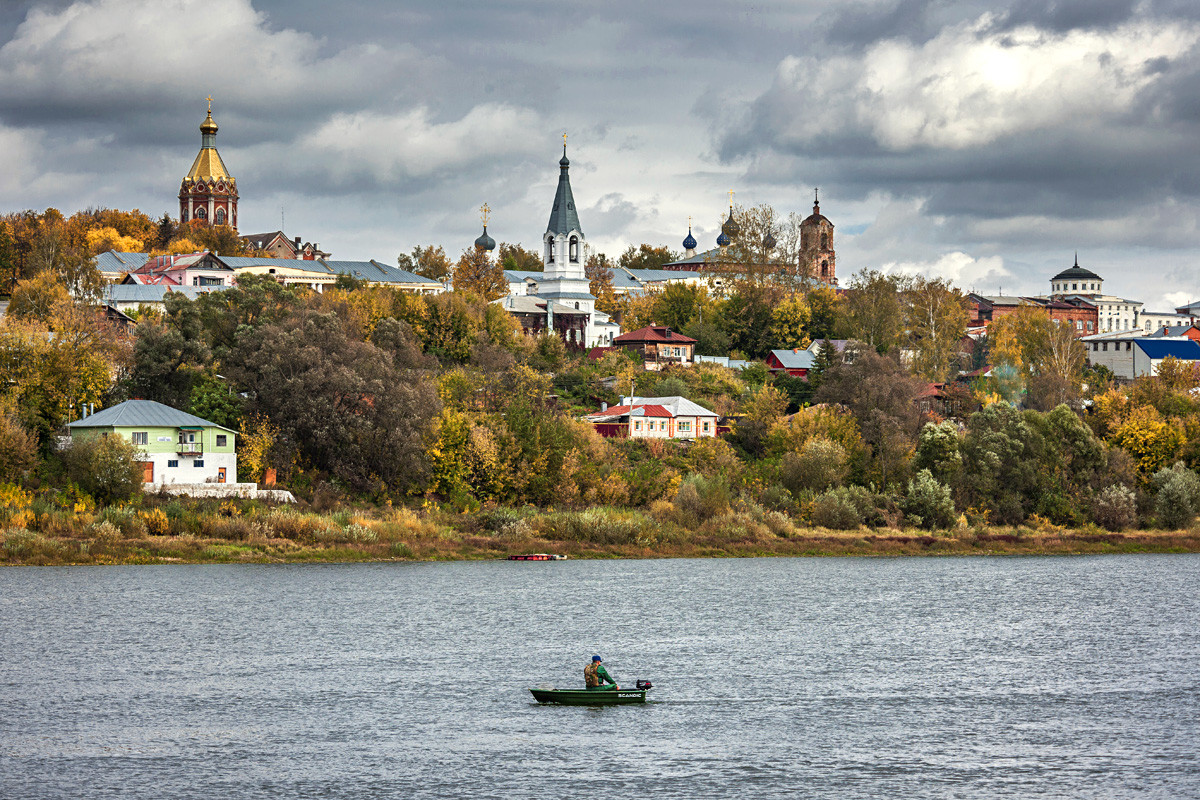 In the Russian heartland, in the Ryazan Region (only 200 km to the southeast of Moscow) you can find a place where an Islamic people have lived and ruled for centuries. Kasimov is a small town on the bank of the Oka River.

There are all the features of a usual Russian provincial town: A market square in the center, Orthodox churches of different centuries, old merchant residences and shops. But there is more. The Khan’s Mosque, with its 15th-century minaret, and the two ’ mausoleums,  make Kasimov unlike any other provincial town or city in central Russia.

For 200 years the area was called the Qasim Khanate. Its history dates to the mid-15th century when it was formed on the lands of the principality of Moscow. According to historians, the Moscow prince was either forced to give this territory to Qasim of the Kazan or granted it to him in order to create a buffer state between Moscow and its belligerent Kazan neighbor. The Qasim Khanate became a vassal state of and ceased to exist in the 1680s 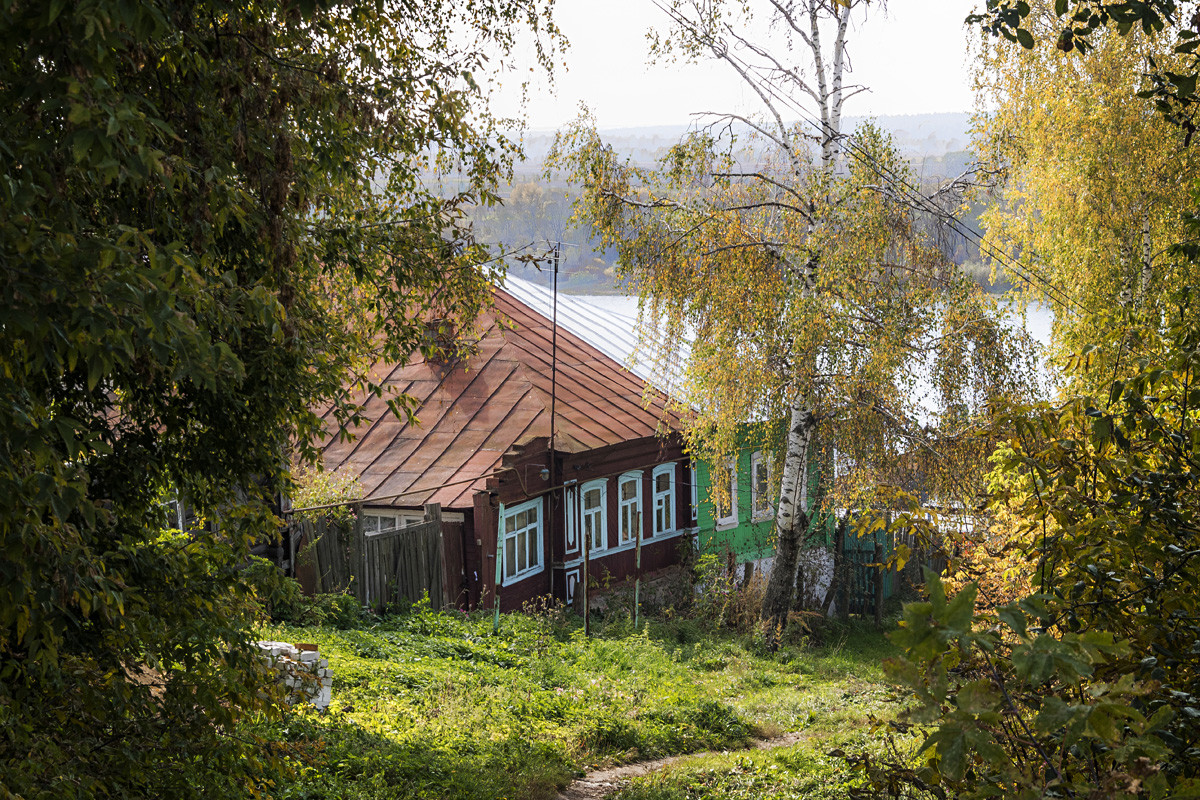 is another peculiar detail: One of the Khanate’s rulers, Simeon Bekbulatovich, officially became Russian tsar in 1575 on the initiative of Ivan the Terrible. This was a bizarre situation when Simeon sat on the throne but real power remained in the hands of Ivan; this situation lasted for about a year. Then, Ivan stopped the farce and returned himself the official title; but the Qasim khan was generously awarded for his service.

Besides historical monuments from the time of the Khanate, there is also a number of beautiful 17th-century Russian Orthodox churches, as well as the breathtaking Oka River scenery. 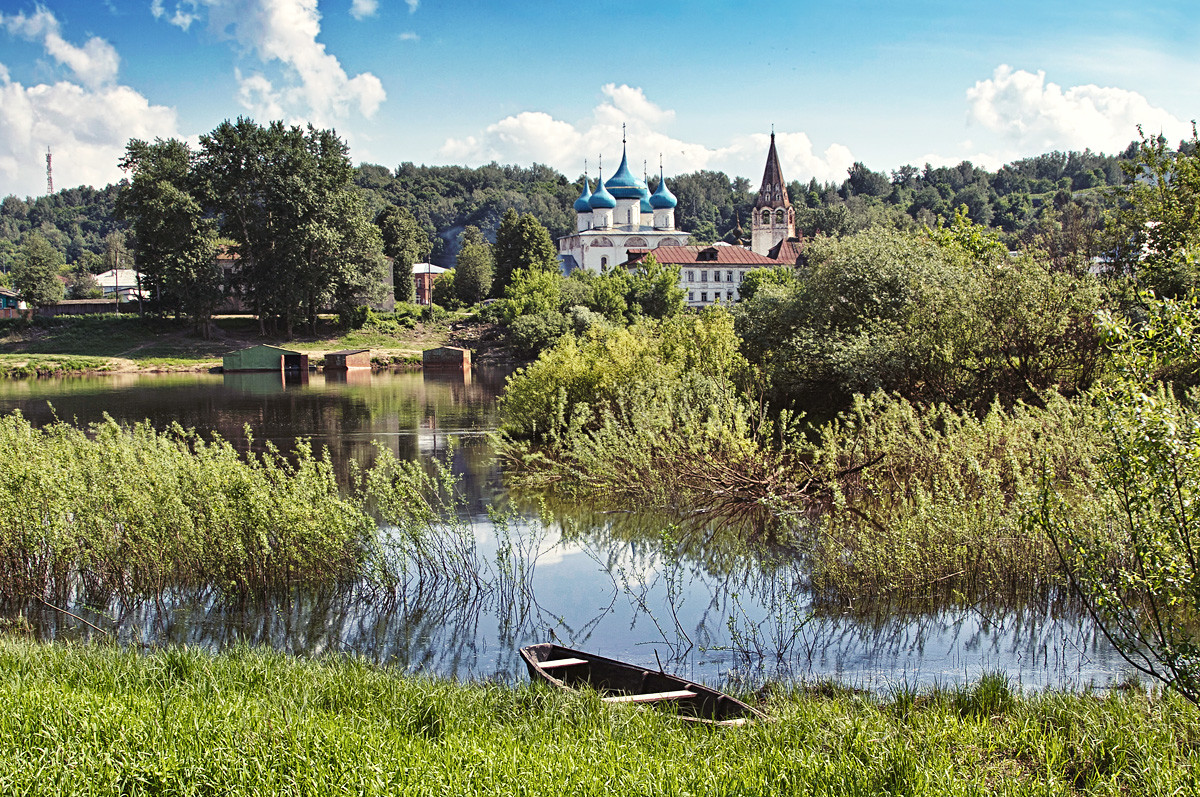 This town with 15,000 residents is located some 300 km to the east of and is probably unknown even to the majority of Russians. Recently, President Putin congratulated Gorokhovets residents with the town’s850th anniversary, calling it a “historical pearl of Russia.”

The town is indeed a beautiful place, with a remarkable landscape due to the huge Puzhalova (Puzhalova hill). There is a legend about the hill: during a Tatar raid on the town the invaders approached and were ready to attack, but they saw the huge ghost figure of a knight with a sword in his hand on the hill. This apparition convinced them not to try their luck, and they retreated. That’s how the hill got its name - “Frightening”. 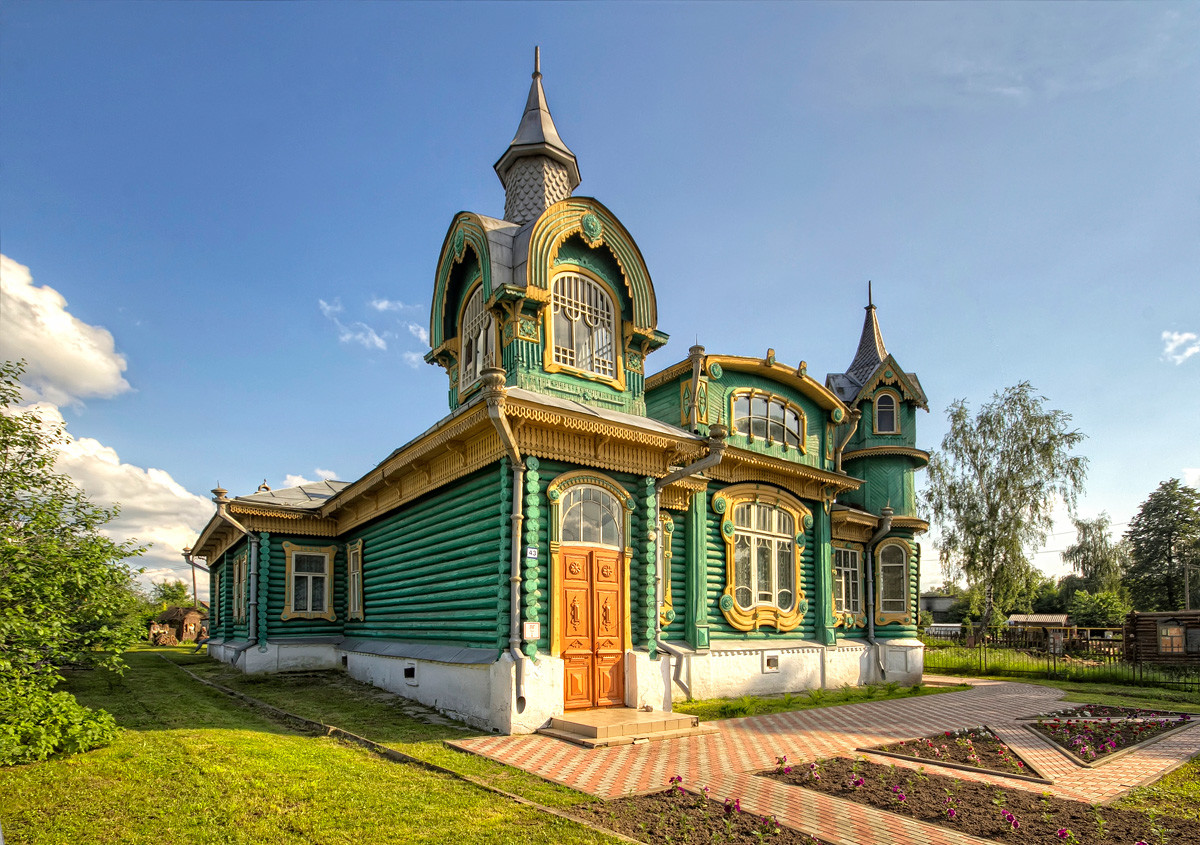 The town center has many architectural monuments: Two Orthodox churches, and three beautiful monasteries. There is also a number of merchant houses of the 17th and 18th centuries. Such a large number of buildings can only be seen in Moscow and Pskov. The town also has wooden houses built in the Art Nouveau style that are absolutely stunning. Calling Gorokhovets a “pearl” is certainly not an exaggeration.