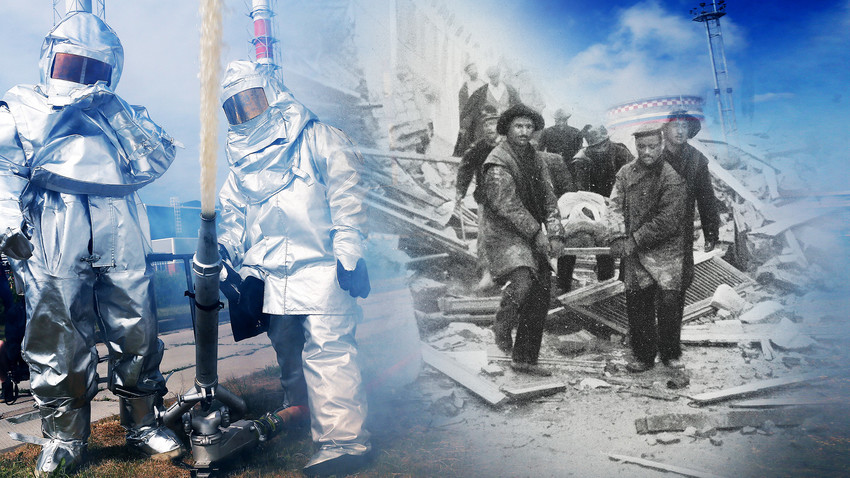 Vitaly Nevar/TASS, Getty Images
As history proves, Russians are eager to help others – even if it means sacrificing their own lives.

1. Help from the Russian sailors

The earthquake in the south of Italy in 1908 was the strongest in recent European history. The 7.5 magnitude shock destroyed the entire city of Messina in Sicily. Three-meter high waves also wiped out a dozen small seaside towns. The earthquake took the lives of more than 200,000 people. Right after the quake, panic spread through the region, and the poorly coordinated state relief effort only made things worse. In fact, the first people to come to the Italians’ rescue were Russian navy sailors who were taking part in military drills nearby. 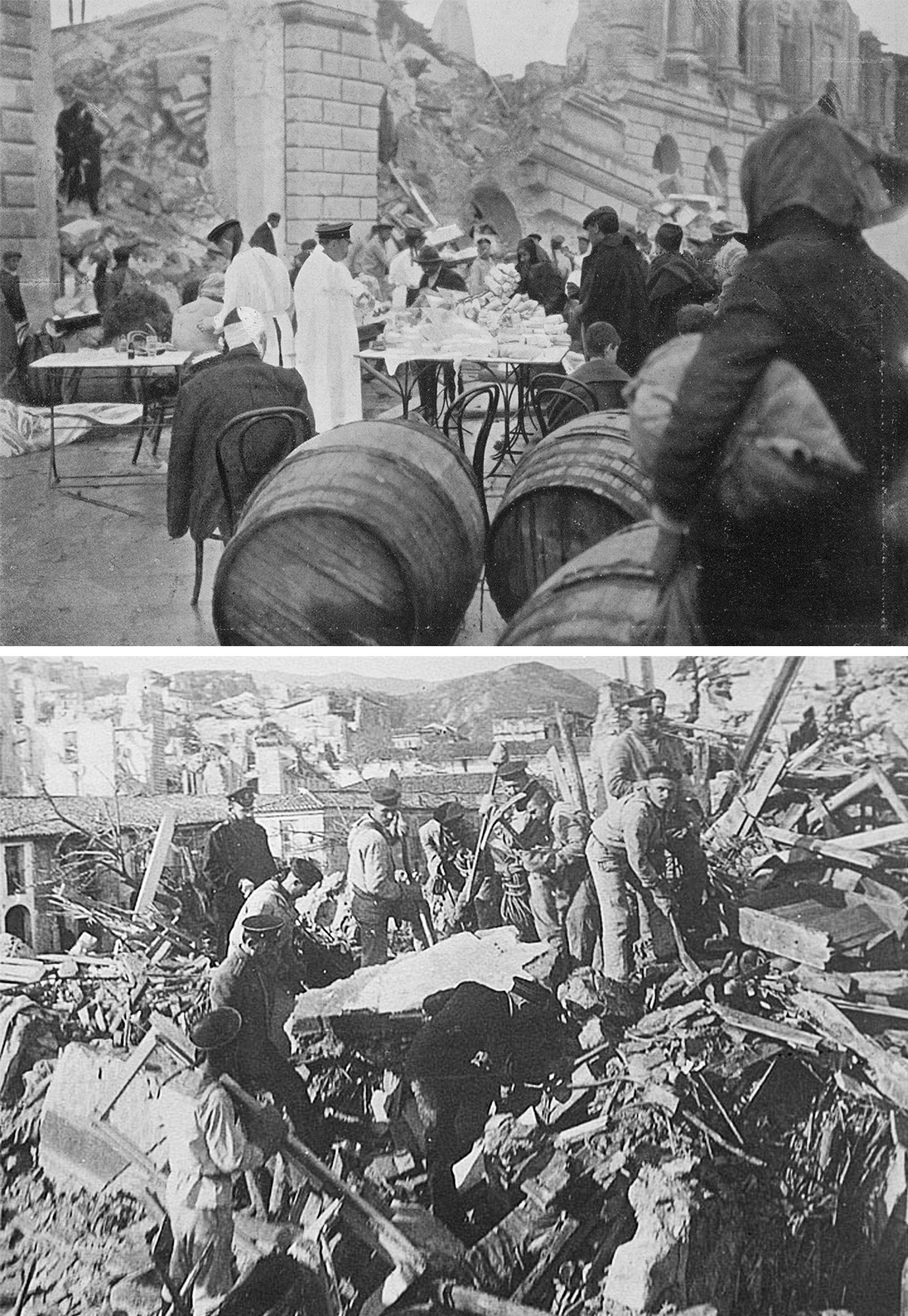 Russian sailors managed to rescue around 100 people from the debris

Russian sailors managed to rescue around 100 people from the debris. They also set up temporary hospitals where the injured were treated. Russian doctors also managed to carry out some complicated operations despite the hard conditions. Several sailors paid with their lives while trying to rescue locals.

As a sign of gratitude, the Italian authorities awarded the sailors with silver medals, while several Russian commanders received more prestigious awards. They say that Emperor Nicholas II told one of his high officials that the sailors made a better impression than any of Russia’s diplomats abroad during his reign.

2. Lives for the French

This Russian offensive against the German troops in World War I in March 1916 near Belorussia’s Lake Naroch was ill-prepared and ended in bloodshed. Two weeks of attacks in dire weather conditions during early spring against the well-fortified German positions only led to the Russians advancing 10 km. The price was enormous: Russia lost 78,000 soldiers. The German casualties were half of that figure. 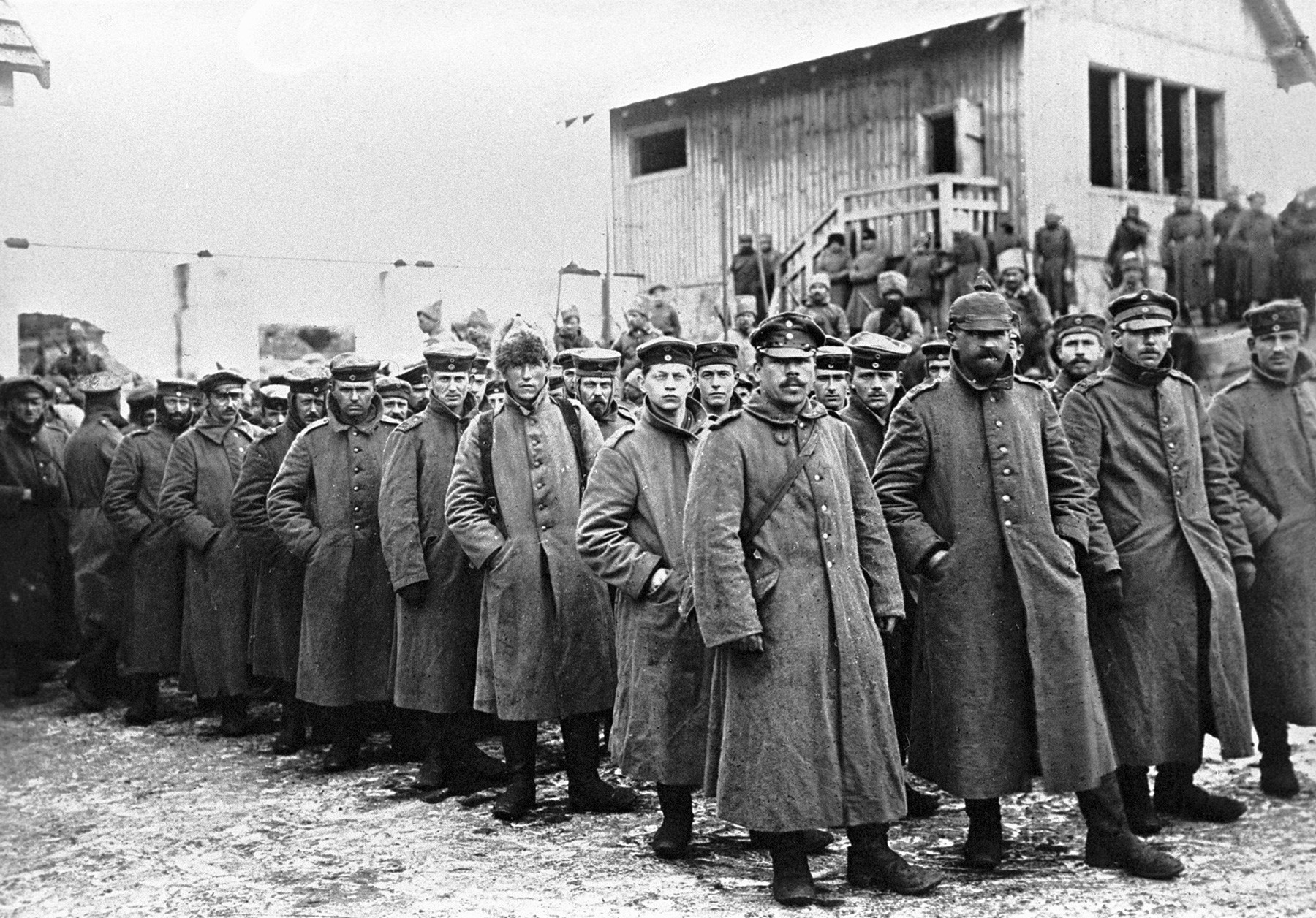 This offensive was not a Russian initiative. It was launched at the request of France during the ferocious battle at Verdun in a bid to distract German troops. “Our offensive in March 1916 was undertaken because of the insistent requests from the French General Headquarters that aspired to alleviate the situation for its troops defending the outskirts of Verdun,” wrote Russian high military official General Gurko.

Although a tactical failure, the offensive helped to achieve the strategic aim of the operation. The mass sacrifice of the Russian soldiers assisted the French since the Germans removed four divisions from the western front and sent them to the east.

3. The liberation of Auschwitz

When the Red Army liberated the biggest Nazi concentration camp Auschwitz on Jan. 27, 1945, at the end of WWII there were only around 7,000 surviving prisoners who would have been executed had they not been saved. Around 60,000 other prisoners were evacuated from the camp by Nazi troops on the eve of the Soviet offensive in Poland. Many of those prisoners did not make it to their destination point – the “death march” by the guards proved too much for the weak and old. 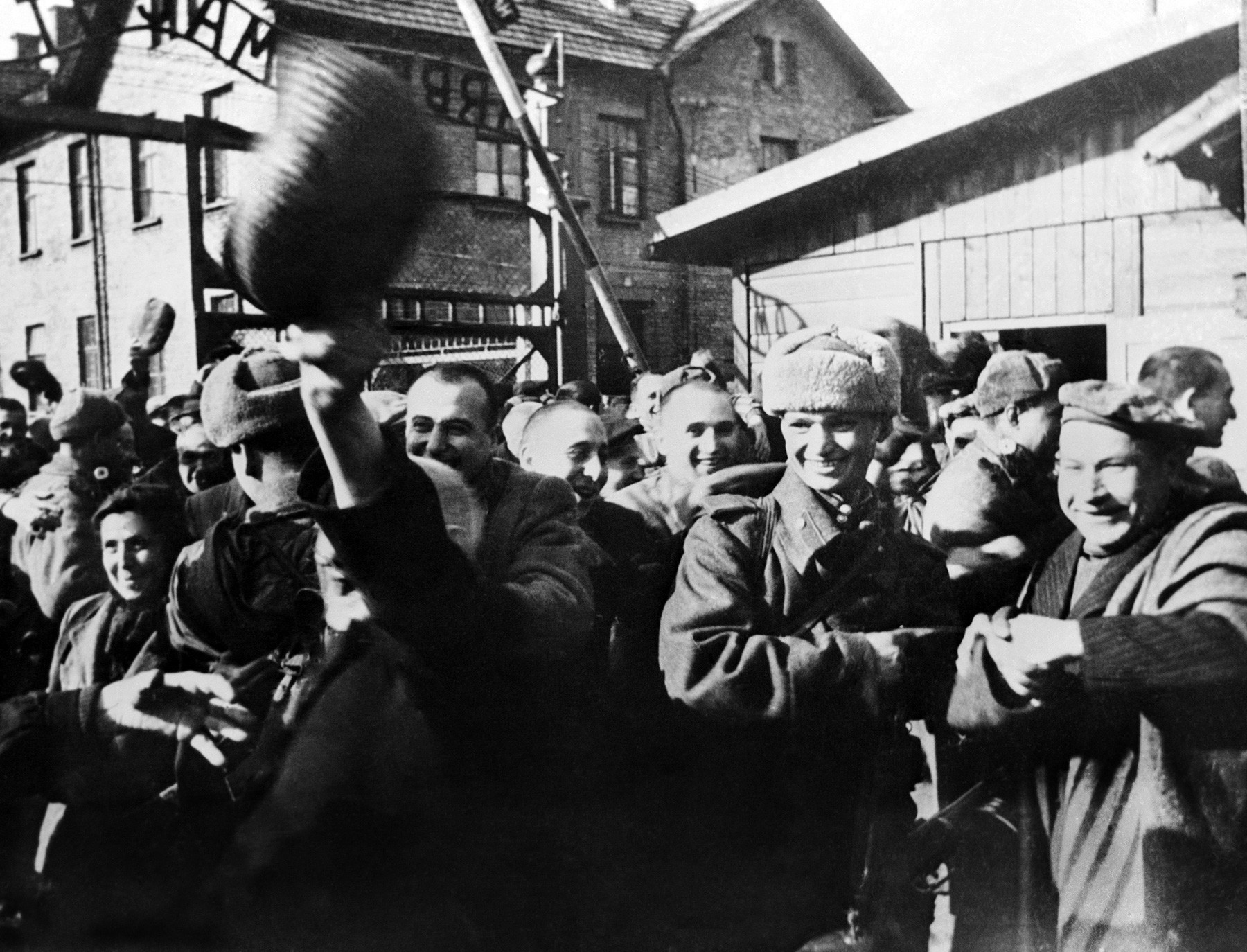 “All prisoners looked extremely exhausted, old men and the extremely young ones, mothers with infants and teenagers. They were all half-naked. There were many crippled people showing traces of torture,” goes one account of a Soviet soldier after entering the camp.

Soon after Auschwitz’s liberation, it was estimated made that the Nazis killed about two million people there, but a few years ago the Russian Federal Security Services declassified some documents claimed this figure to be twice as high. More than 200 Soviet soldiers and officers were killed during the camp’s liberation. The Soviet troops were forbidden to use artillery in the course of the operation to avoid harming the prisoners.

There were more Russian rescuer workers than from any other county dispatched to Japan after the Fukushima disaster in 2011. About 200 employees of the Ministry of Emergency Situations were flown to Japan to help in the aftermath of the earthquake and tsunami that damaged the nuclear plant. 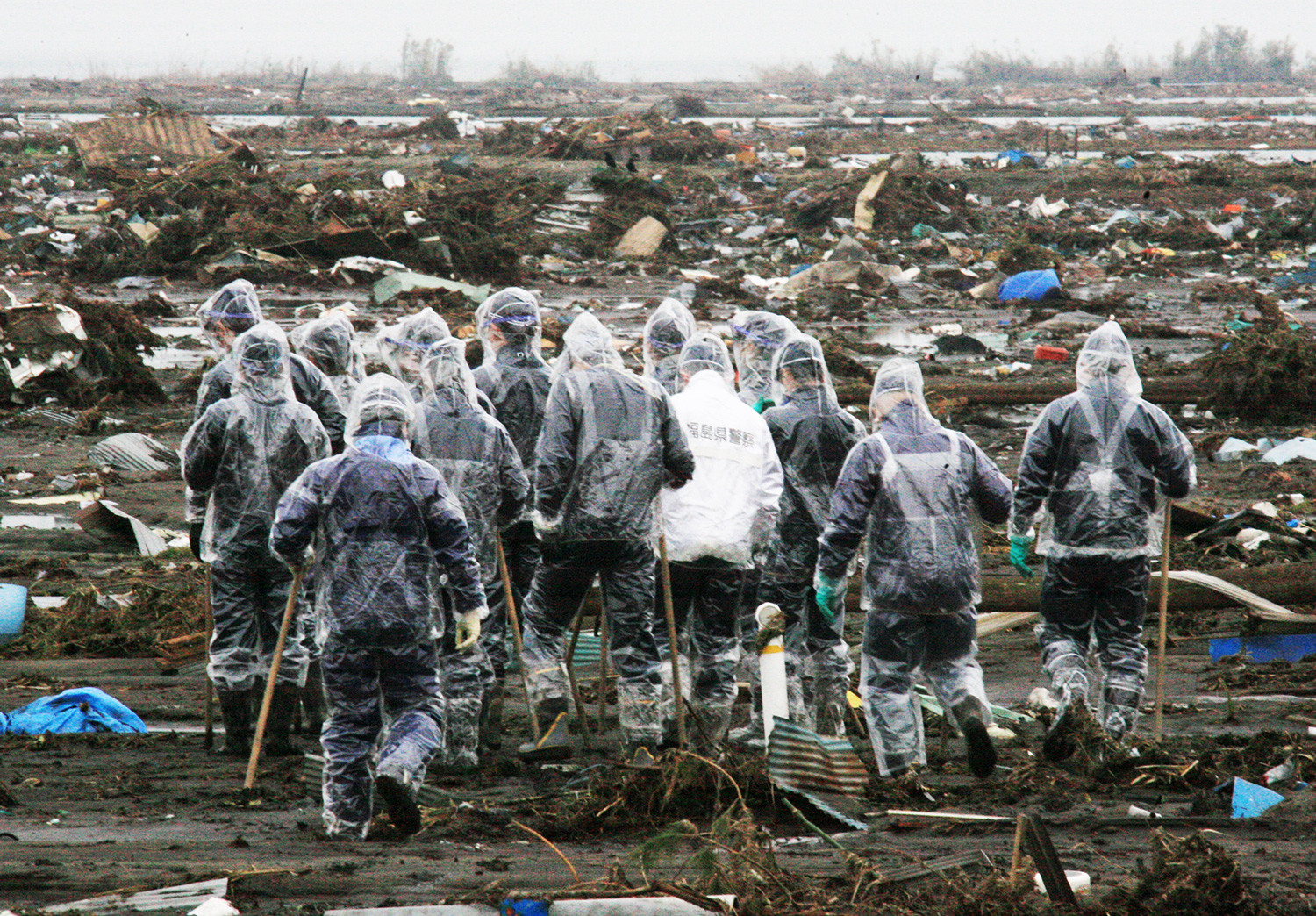 Rescuer workers from Russia were also the first to arrive in Japan. Unfortunately, they did not manage to find any survivors and unearthed more than 100 dead bodies.

At the reception in the Japanese embassy in Moscow a few years ago one member of the diplomatic mission’ staff praised the heroism of the Russian rescuers and recalled a vivid episode. “On the mountain of there was a car with the bodies of a dead woman and child inside. Not having heavy equipment, members of the National Guard of Japan did not dare to take the bodies out of the car. Then a Russian rescue worker climbed up to the car, smashed its window, and carefully brought the woman’s body down. Then he did the same with her daughter’s body. … I was deeply shocked. I was ashamed for the lack of my own resolve. At the same I was happy to know that there exist true heroes in the world. You are these heroes,” said the Japanese diplomat to Russian rescuers invited for the event.