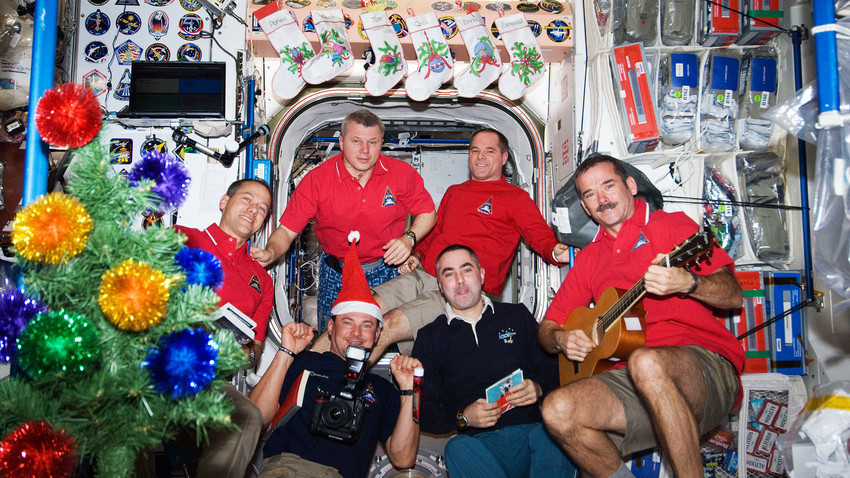 NASA
New Year's Eve is New Year's Eve and a cause for celebration even if you happen to be floating in space. That said, seeing the New Year in on the International Space Station (ISS) has its own peculiarities as you can imagine. To begin with, should you wish to, you can celebrate New Year's Eve 16 times…

This New Year, Russian cosmonaut Oleg Kononenko will have to get by without any presents. The spacecraft carrying food and gifts crashed on its way to the ISS. Luckily, the crew was successfully evacuated.

However, the thought of a giftless New Year for poor Kononenko while he floats all alone in space has tugged on the heartstrings of mere Earthlings. In fact, a lot of people seem to be more concerned about this than the crash itself.

Here are 10 fun facts about New Year in space. 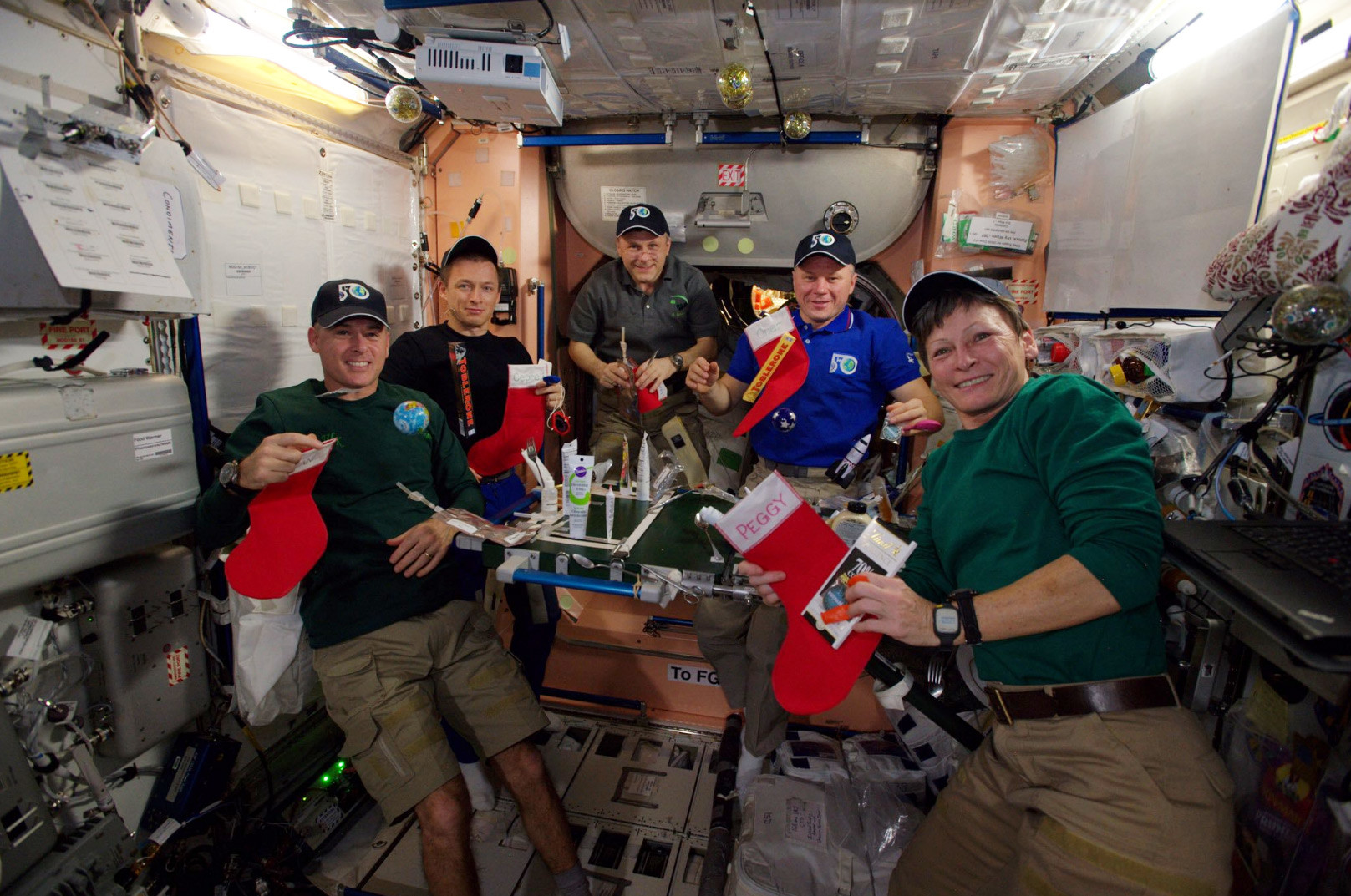 But no one does. Over the course of 24 hours the ISS makes 16 revolutions around the Earth, which means that the astronauts can see in the New Year 16 times. In reality, however, they celebrate New Year Eve's only in their own time zone and also, sometimes, in the time zones of other crew members.

Fact 2. You CAN have a festive dinner in space 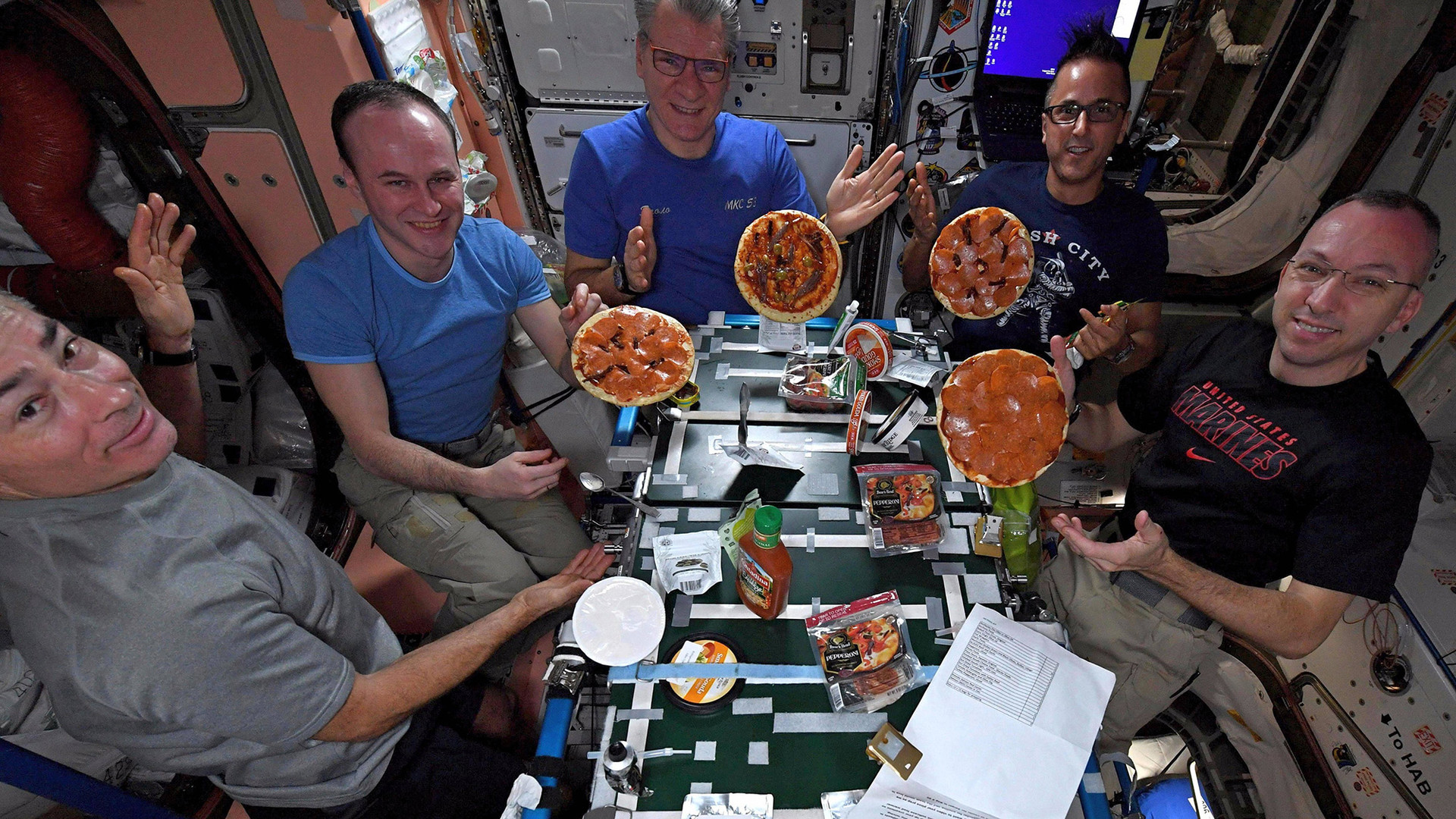 Space food (and if you’ve never tried it, then we know what we are talking about) has a very vague resemblance to what we call food. Let alone "festive" food. That is why a food set consisting of canned peaches, tangerines, ketchup and mustard, sweets, nuts, and berries is a real treat. Usually sets like these that are sent to astronauts ahead of the holiday.

Incidentally, cosmonauts have successfully quashed the rumor that the traditional “Russian salad” cannot be prepared in space: it turns out a multi-ingredient salad can prepared in weightlessness just as it can on the ground – but you’ll have to put it in a plastic bag, not a salad bowl.

Fact 3. Champagne will turn into bubbles 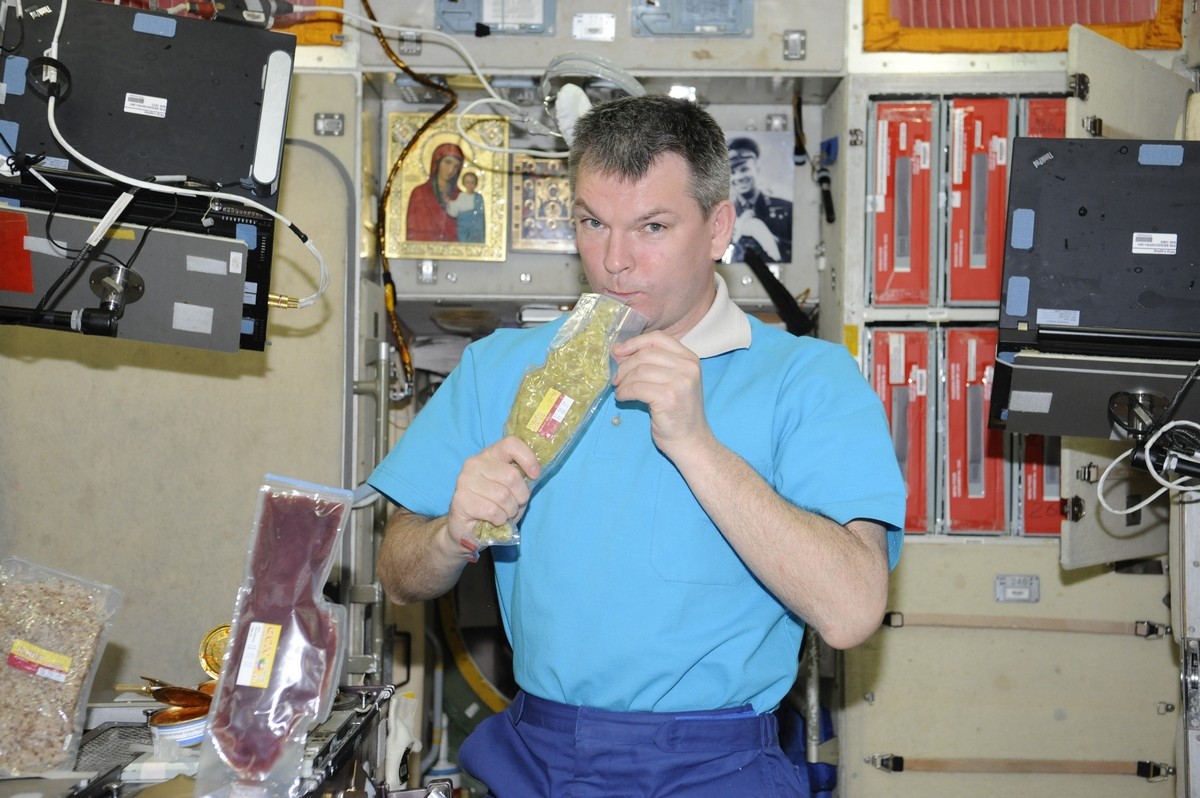 A bottle of champagne on New Year’s Eve was opened in space only once, in 1995 by Valery Polyakov. The experiment was not a success: the champagne instantly turned into bubbles, which dispersed around the space station.

Fact 4. Nobody toasts the New Year 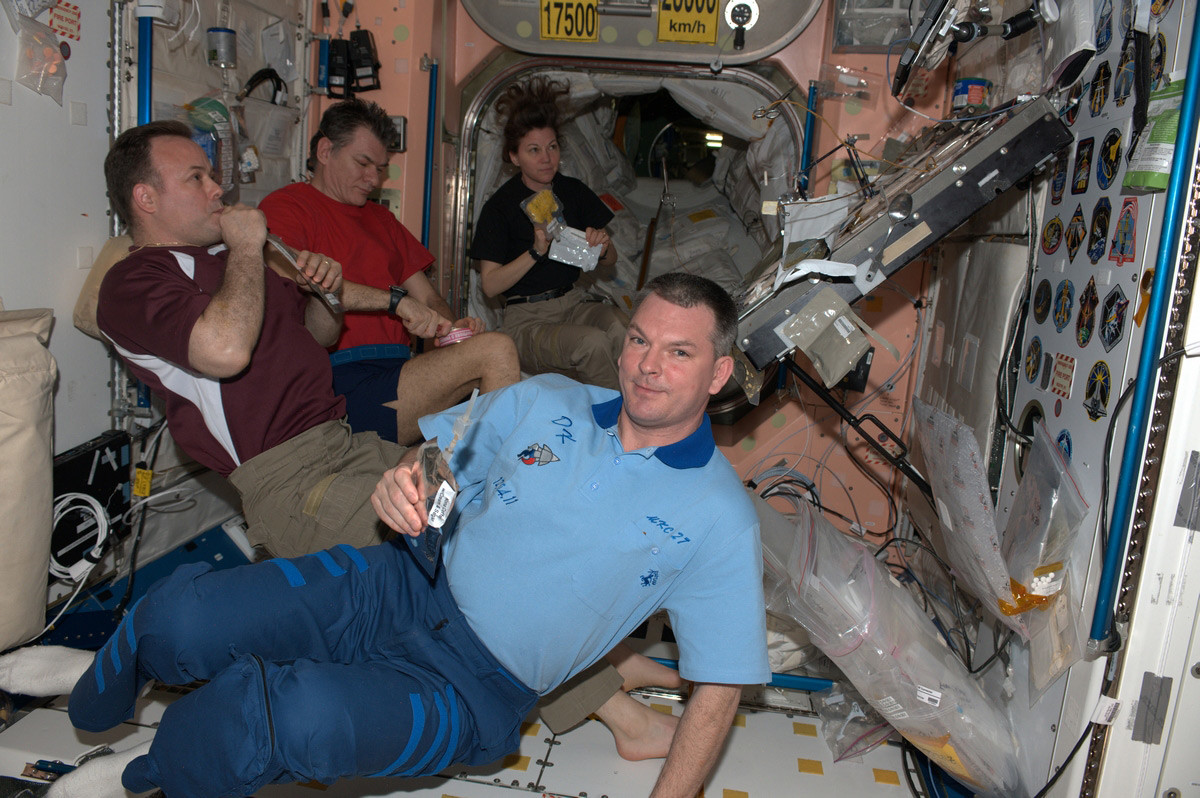 Drinking alcohol in space is forbidden, although this was not always the case. For 20 years, Soviet cosmonauts were supplied with alcoholic tinctures and even brandy, but in the early 1980s the practice was halted. It obviously affected cosmonauts' performance.

Fact 5. The first Christmas tree was made from empty food cans 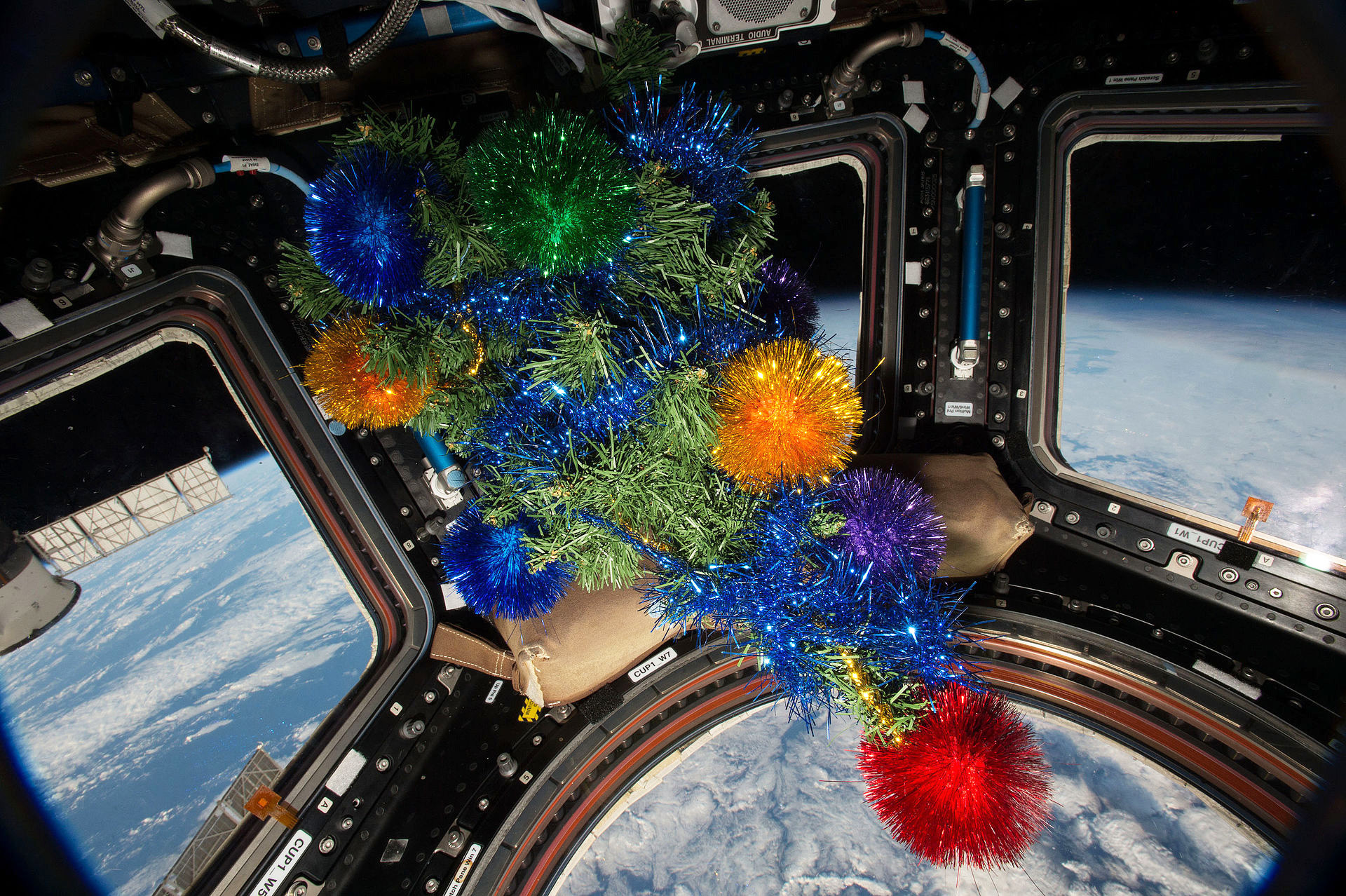 Now the ISS has an artificial Christmas tree. Every year it’s decorated with toys, which usually stick out in different directions because of weightlessness. To prevent the tree from floating away it is tied to something, sometimes the ceiling.

Fact 6. You can see your family but only during a video call 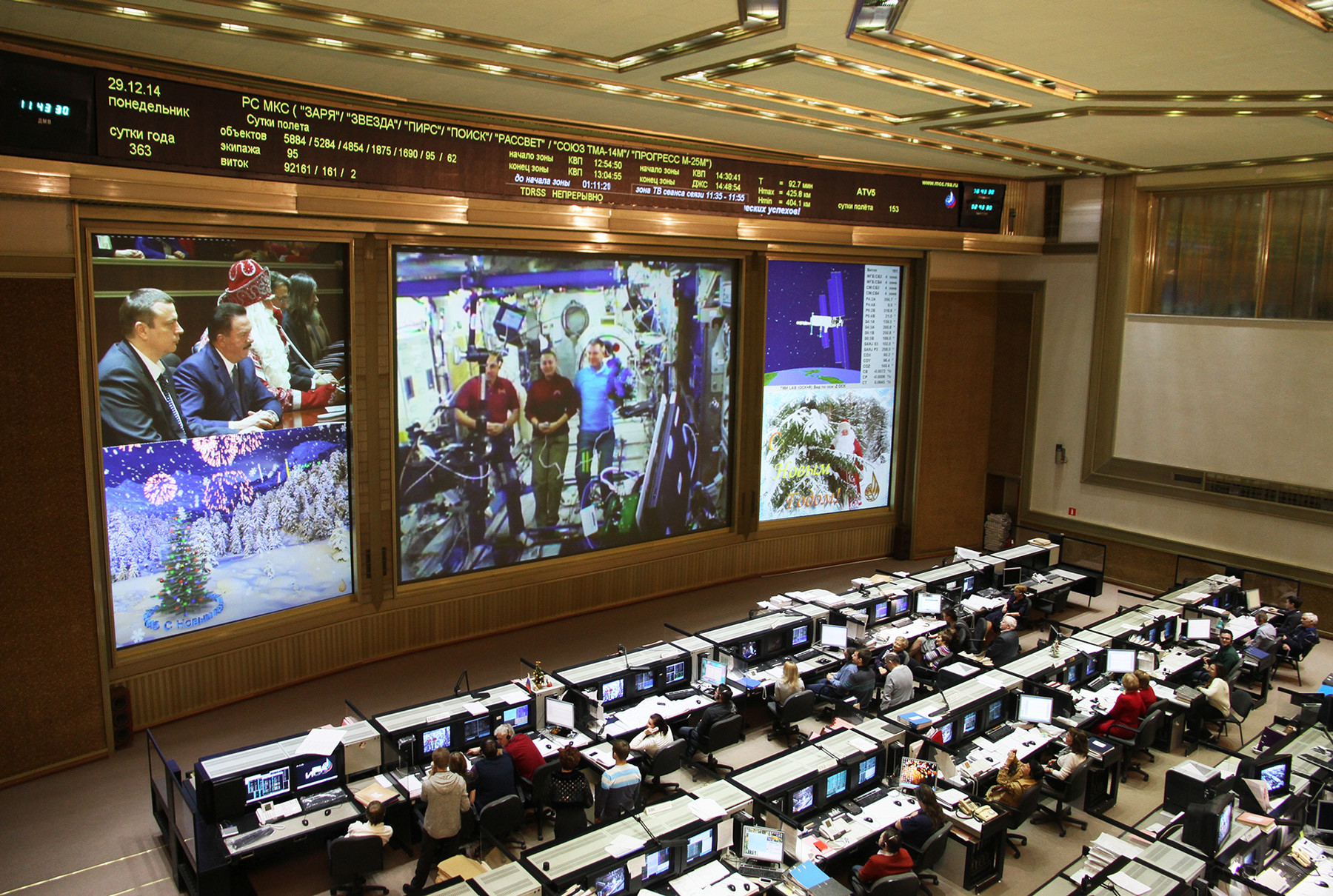 Cosmonauts have a very busy schedule, even on the last day of the year. But they still manage to find time to talk to their families. 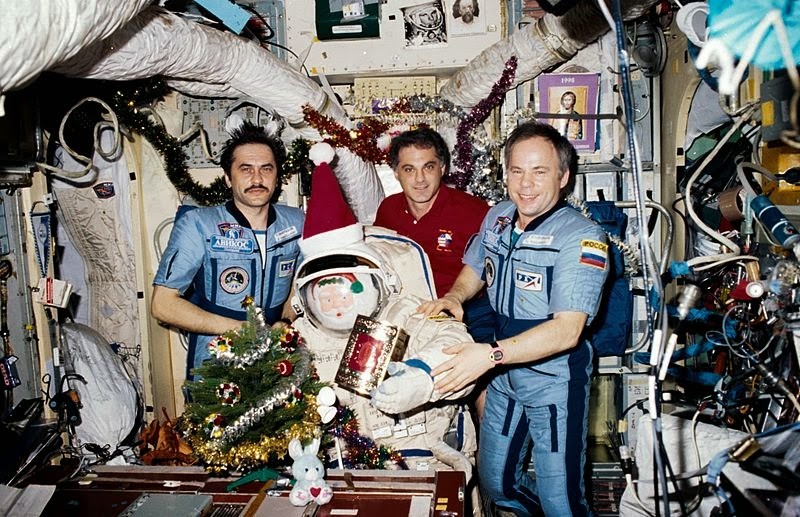 No New Year can start without this, even in space (according to the Russians). At midnight Moscow time, Russian cosmonauts listen to the President address the people, wishing them a happy new year.

Fact 8. They watch a film that they have seen more than 20 or 30 times already 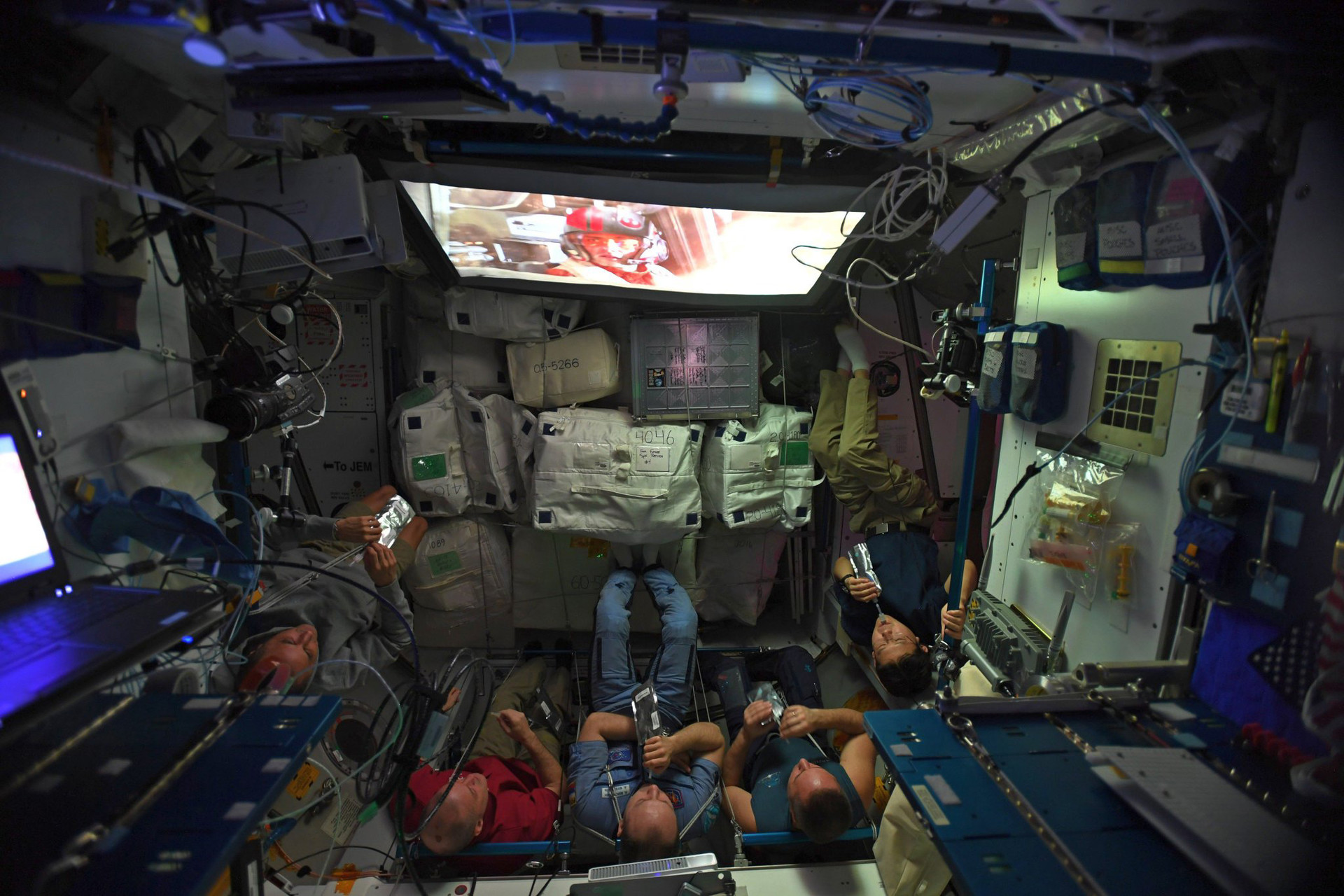 This is a ritual, and nothing can change it. Russian cosmonauts watch The Irony of Fate, or Enjoy Your Bath, a Soviet classic about a man who, on New Year's Eve, goes with his friends to a banya, gets drunk, flies away to another city, and breaks into the apartment of a strange woman (forgetting all about his fiancee).

This romantic (yes, romantic) story is immortal and has long become an integral part of New Year celebrations. Non-Russian cosmonauts usually struggle to understand what’s happening in the film.

Fact 9. They are brought presents handmade by their wives 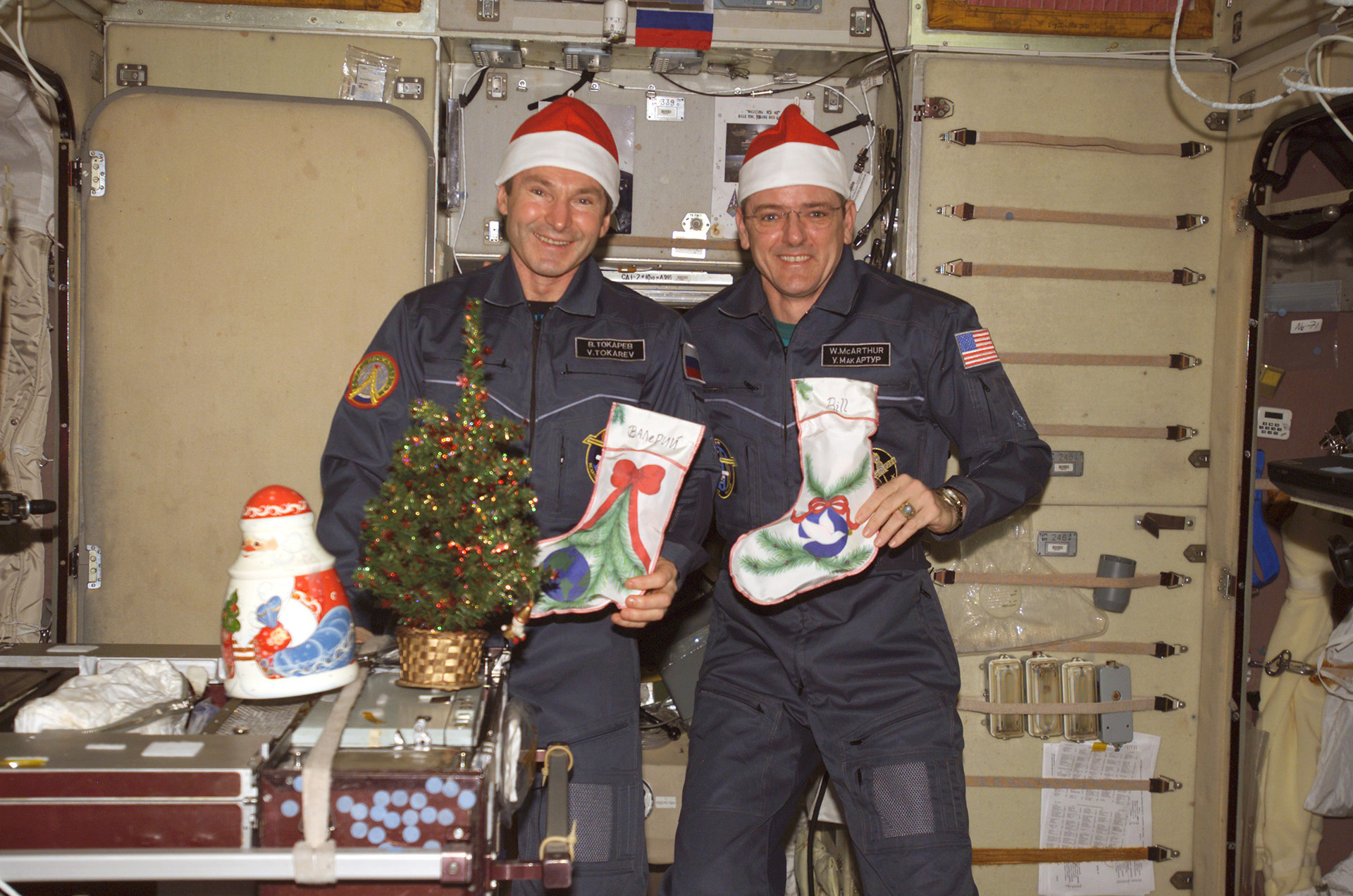 It’s exactly presents like this that Kononenko will have to do without this year. The idea of homemade gifts was suggested to the wives by psychologists working with astronauts. "My family gave me a pillow with our family photo on it," recalled cosmonaut Anton Shkaplerov. If your present is a Christmas tree, make it a knitted one. If it’s chocolate, make it yourself. 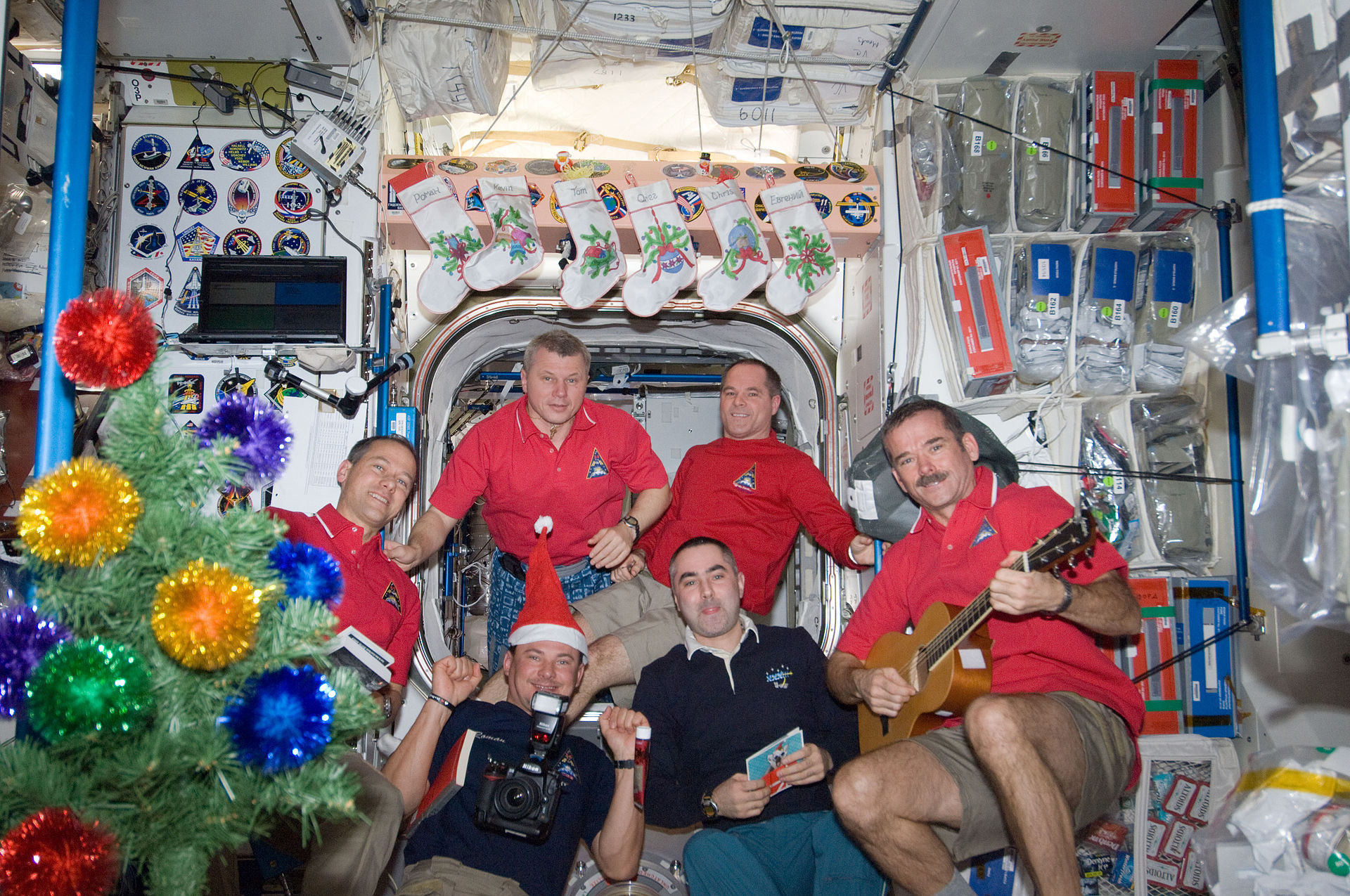 On the first day of the year everybody does what they want, even people working on the ISS.