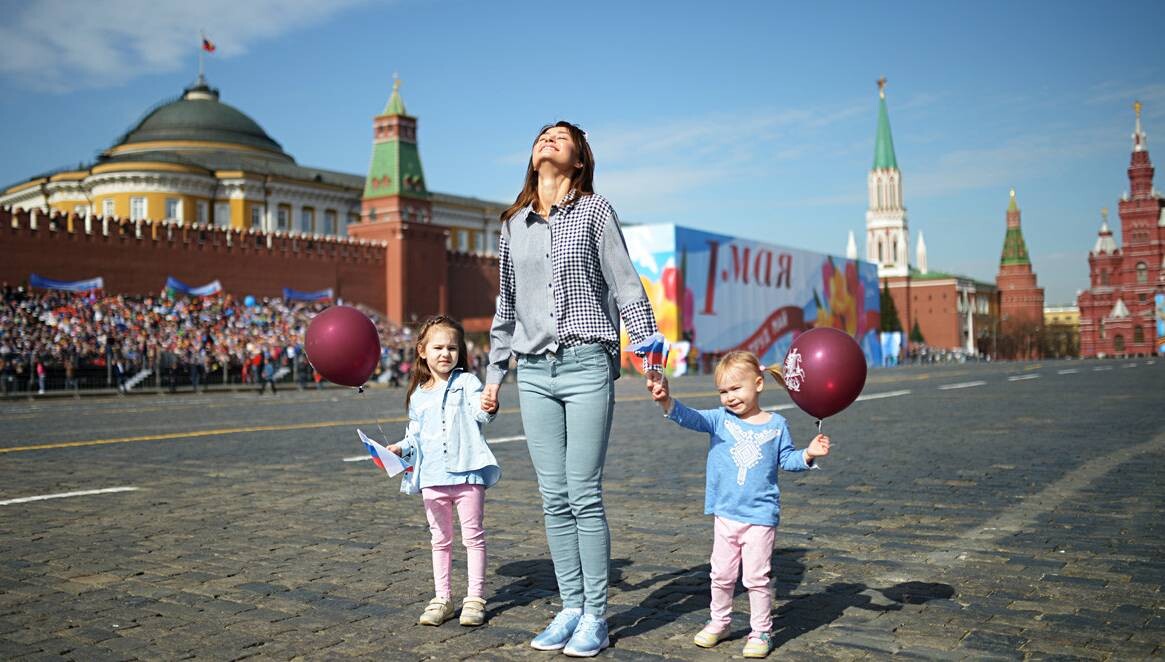 Ilya Pitalev/Sputnik
Worried that your Russian friend or partner hasn’t replied to your message? Maybe they’re celebrating something. Find out which days Russians put their feet up and what to place after the word “happy” when offering congratulations.

The U.S. and many European countries have around 11 official holidays, while Russia has just eight. If an official holiday falls on a weekend, it carries over onto a weekday. Note that on these days, tickets to Russia can be expensive, and the streets will be chockablock. 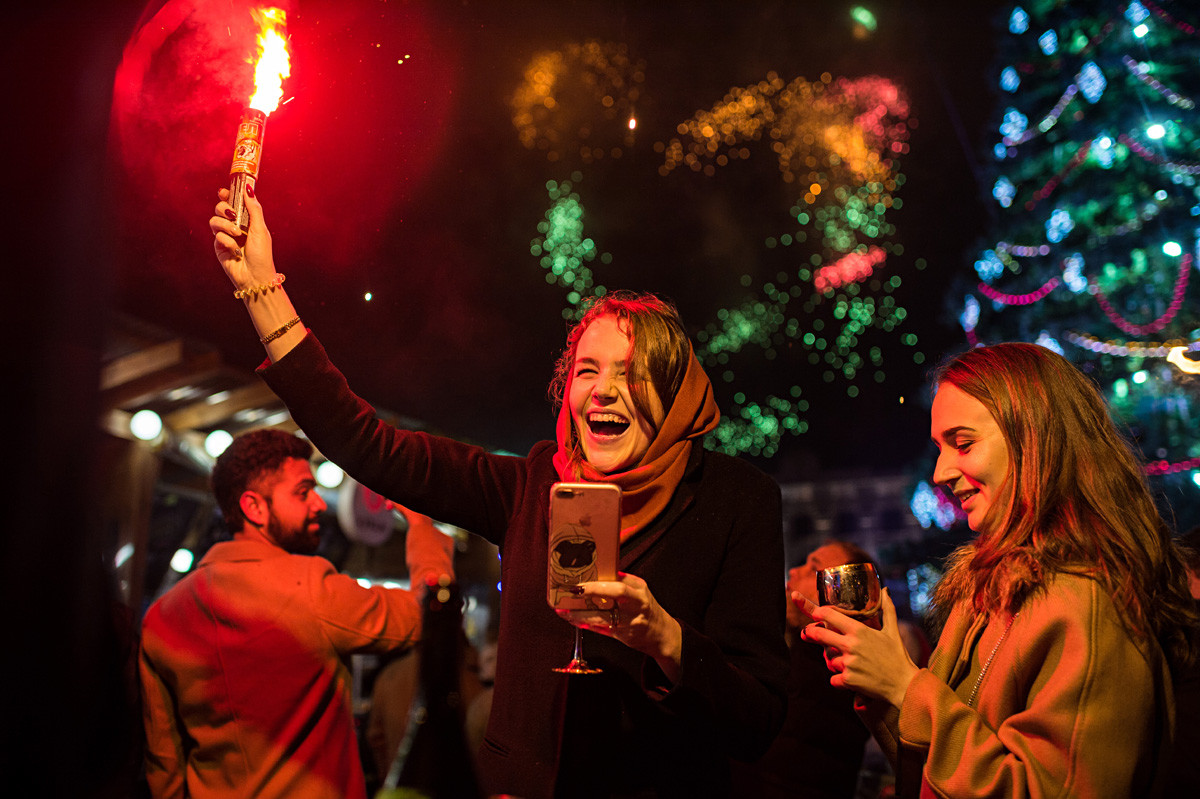 While half of the world celebrates Christmas on December 25, Russians have their nose to the grindstone till year's end. But when it arrives, December 31 is the start of more than a major holiday, but an entire cult. One indispensable ritual is to make a bath-sized bowl of Olivier, aka Russian, salad while watching the Soviet film The Irony of or May the Steam Be with You, which is shown on all TV channels that day. According to polls by the Russian Public Opinion Research Center (RPORC), 96 percent of all Russians celebrate New Year.

This magnificent feast is followed by another week of official days off, so on New Year's Russians paint the town red (not these days), knowing that they have time to beat their hangover. On January 7, many people celebrate Orthodox Christmas with family, but decades of life under the Soviet Union, when religious holidays were canceled, means that this habit is not ingrained in many families.

If you want to celebrate (and survive) New Year Russian-style, here’s a step-by-step guide.

2. February 23 - Defender of the Fatherland Day 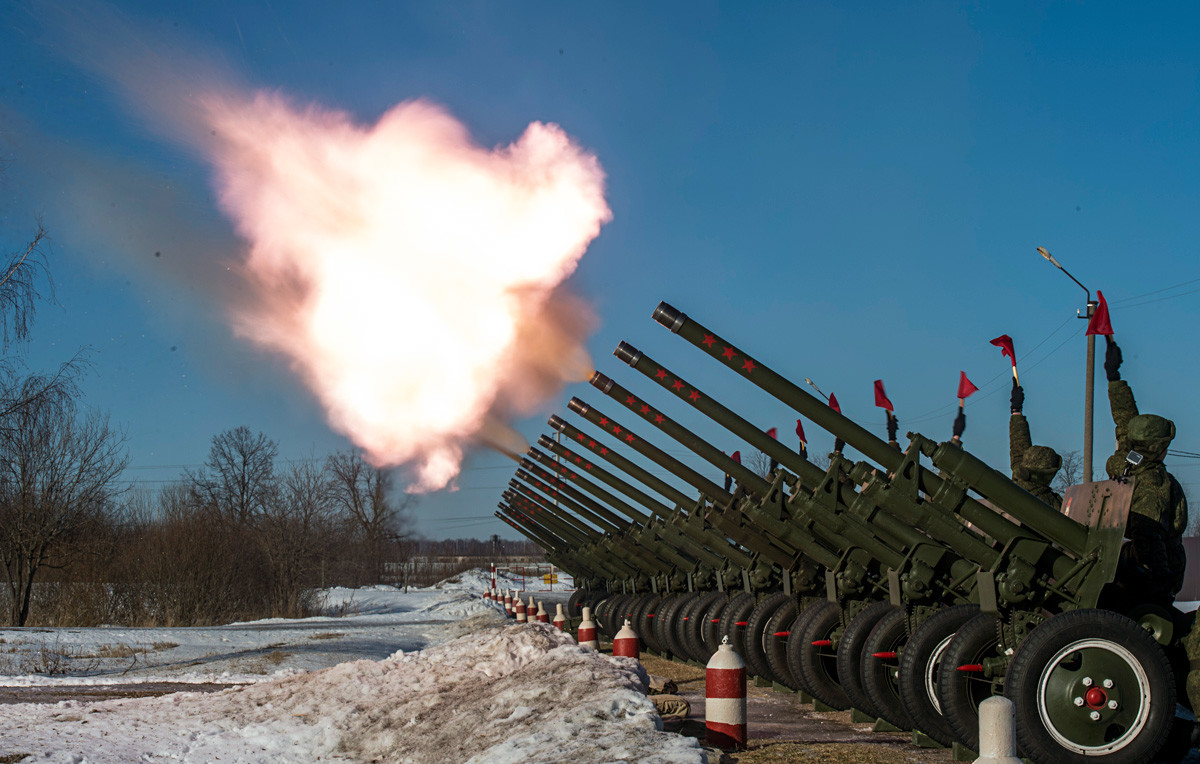 From 1922, this date was celebrated as Red (later Soviet) Army Day. Since all men in the USSR had to do military service, it quickly turned from being a holiday for soldiers to a general “men’s day”—even boys in kindergarten are congratulated on it.

Women rack their brains about what to give men, while the latter joke that it will be another can of shaving cream or socks. Female staff often arrange office parties and prepare surprises for men, some dress up in military uniform.

If you want to congratulate a man on this holiday, tell him how immensely strong and brave he is, and wish him something more macho than a soppy “may all your dreams come true.” 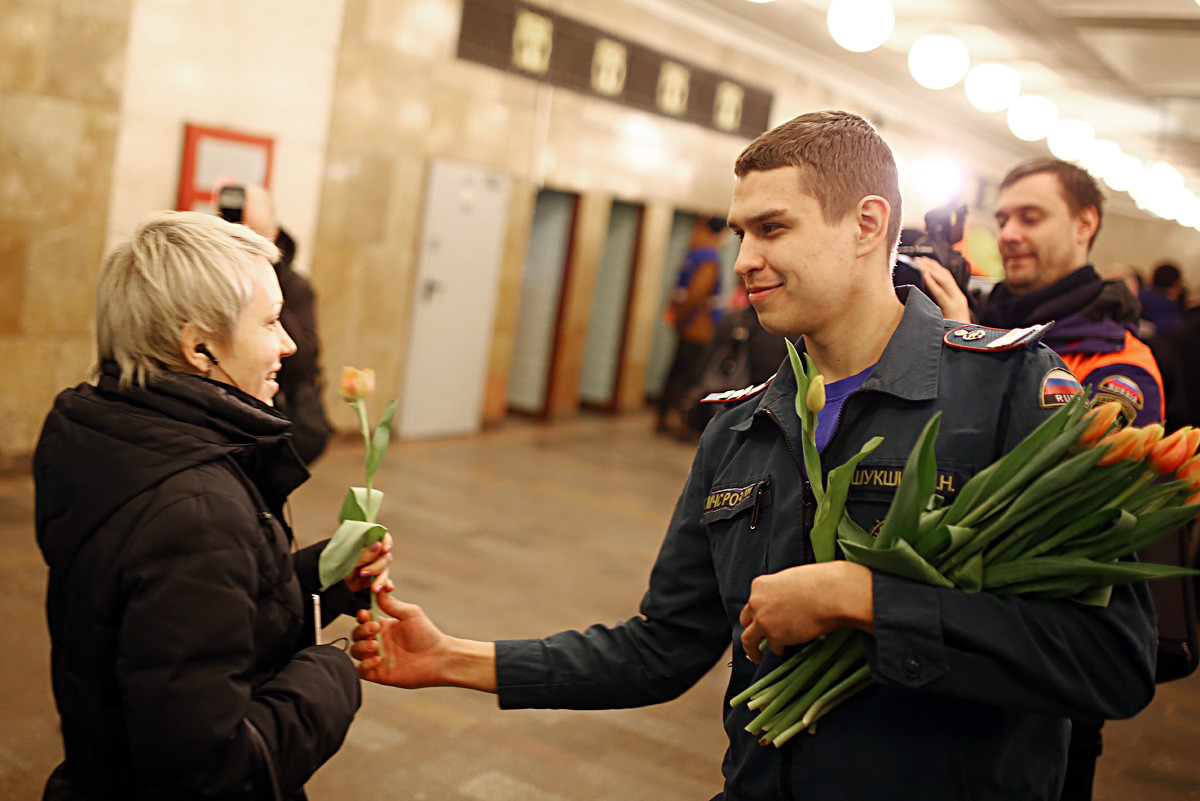 This is the day that keeps most Russian florists in business. Tulips, the heralds of spring, are a particular favorite. Remember to give Russian women an odd number of flowers (even numbers are for cemeteries).

The history of this holiday is inextricably linked with the struggle for women’s rights: on this day in the revolutionary year of 1917, factory workers took part in a demonstration in Petrograd (St. Petersburg), and four days later Tsar Nicholas II granted women the right to vote.

But despite its feminist backstory, the holiday in its Russian incarnation adheres to the more traditional principle of congratulating mothers and wives and making compliments. 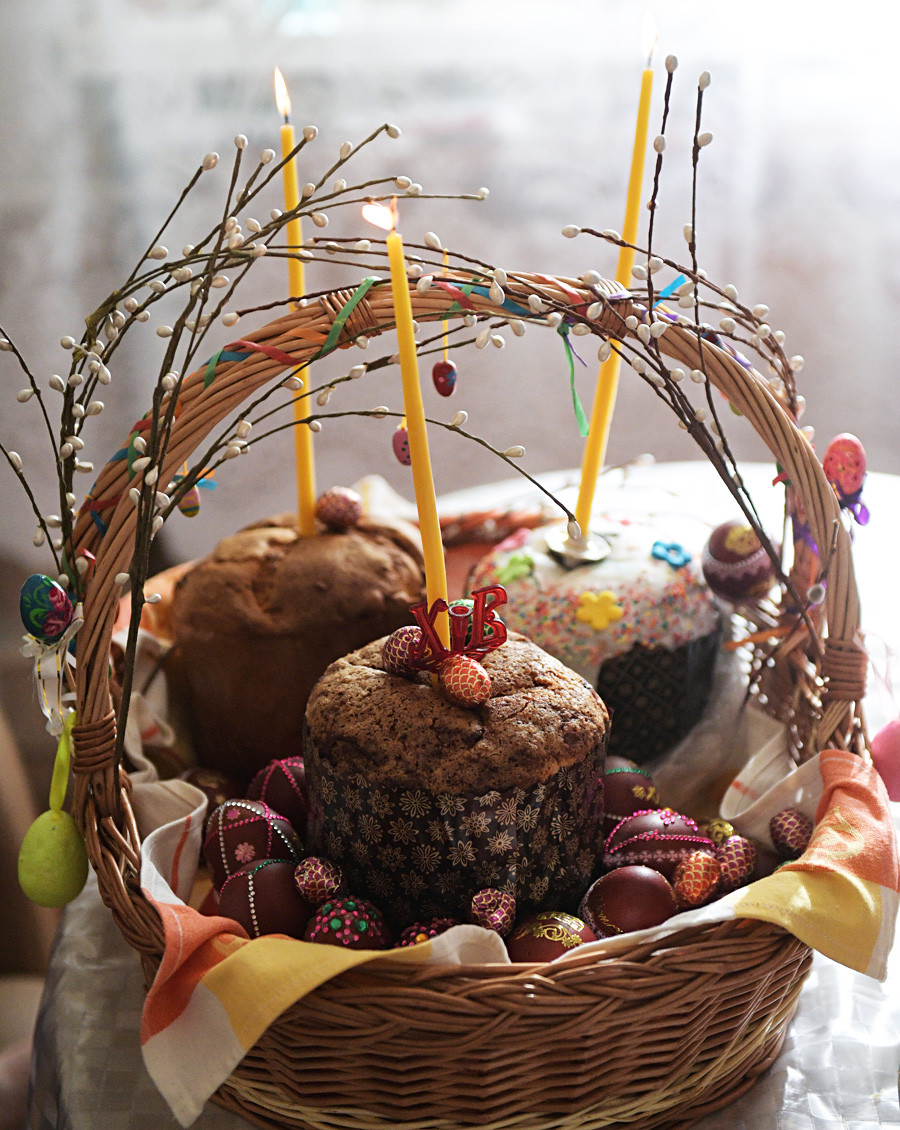 Although Easter is not a public holiday in since it falls on a Sunday it is a day off for everyone. This is perhaps the most beloved Orthodox holiday for Russians. Polls indicate that it is celebrated by 82 percent of the country's inhabitants, with Christmas on just 77 percent.

Easter signifies the end of Lent, so for the religiously it is also a fast-breaking day (the English word “breakfast” comes from this idea, incidentally). Easter cake, known as kulich, and decorated eggs are taken to church on Holy Saturday to be consecrated, and on Sunday everything is eagerly consumed.

See here for the differences between Orthodox and Catholic/Protestant Easter. 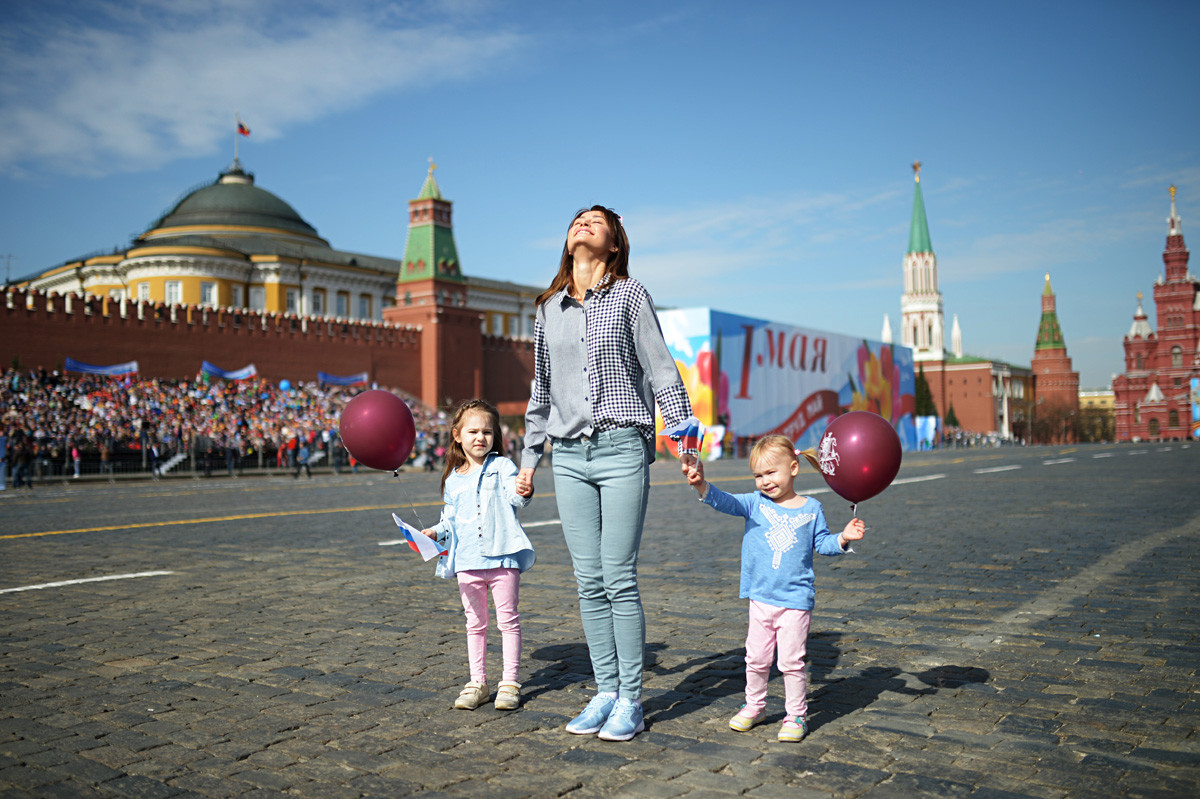 People who grew up in the Soviet Union remember this holiday with nostalgia, which was more keenly awaited than perhaps even New Year. May Day demonstrations were cheerful events with lots of songs and flowers; every child wanted to go on one.

The Soviet veil has been lifted, but the joy of the first days of spring remains. Russians usually have 4-5 days off in early May, and people use them to go to their dachas and unwind in the countryside.

Take a look at some Soviet May Day postcards to get a taste of the atmosphere of this holiday. 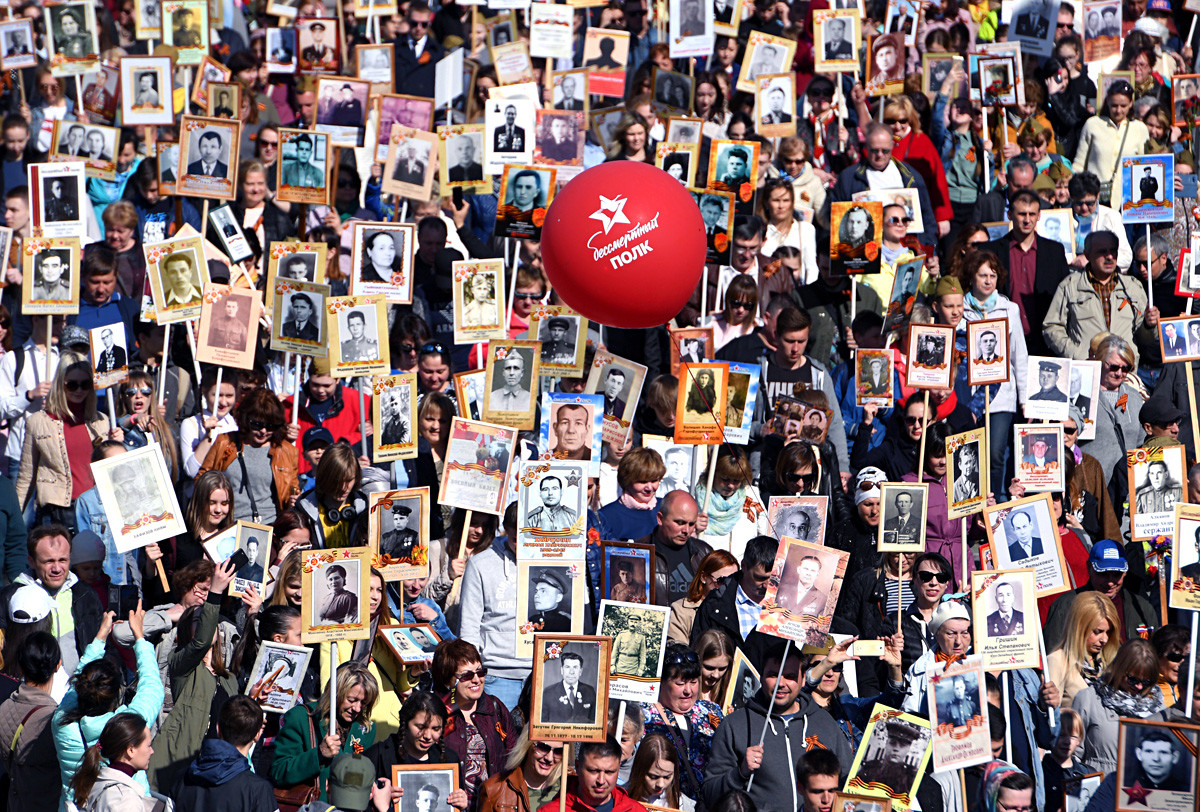 This holiday is celebrated by 95 percent of the Russian population, and is the second most popular after New Year. The morning always begins with watching the traditional military parade on Red Square on TV. People make sure to congratulate veterans, especially their relatives (the Great Patriotic War affected almost every family).

Soviet war films are shown on TV all day long. Since 2015, a new tradition has appeared: the procession of the Immortal Regiment. People carry photos of relatives who fought on the in WW2, and remembrance events take place nationwide. 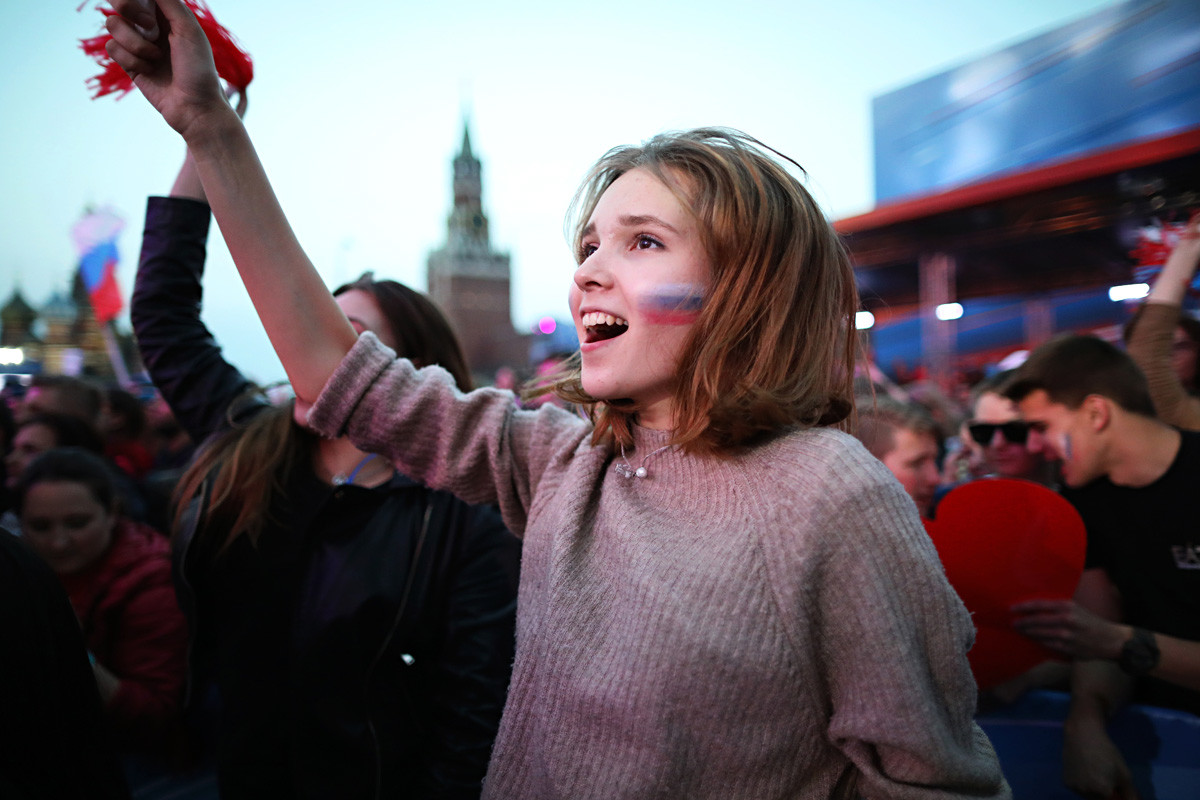 Russia Day is a relatively young holiday, officially celebrated only since 1992. It was on this day that the Declaration of State Sovereignty of Russia was adopted, effectively independence from the Soviet Union.

According to an RPORC poll, this holiday is celebrated by 54 percent of the country's population; for the rest, it usually means a beautiful long weekend in summer. 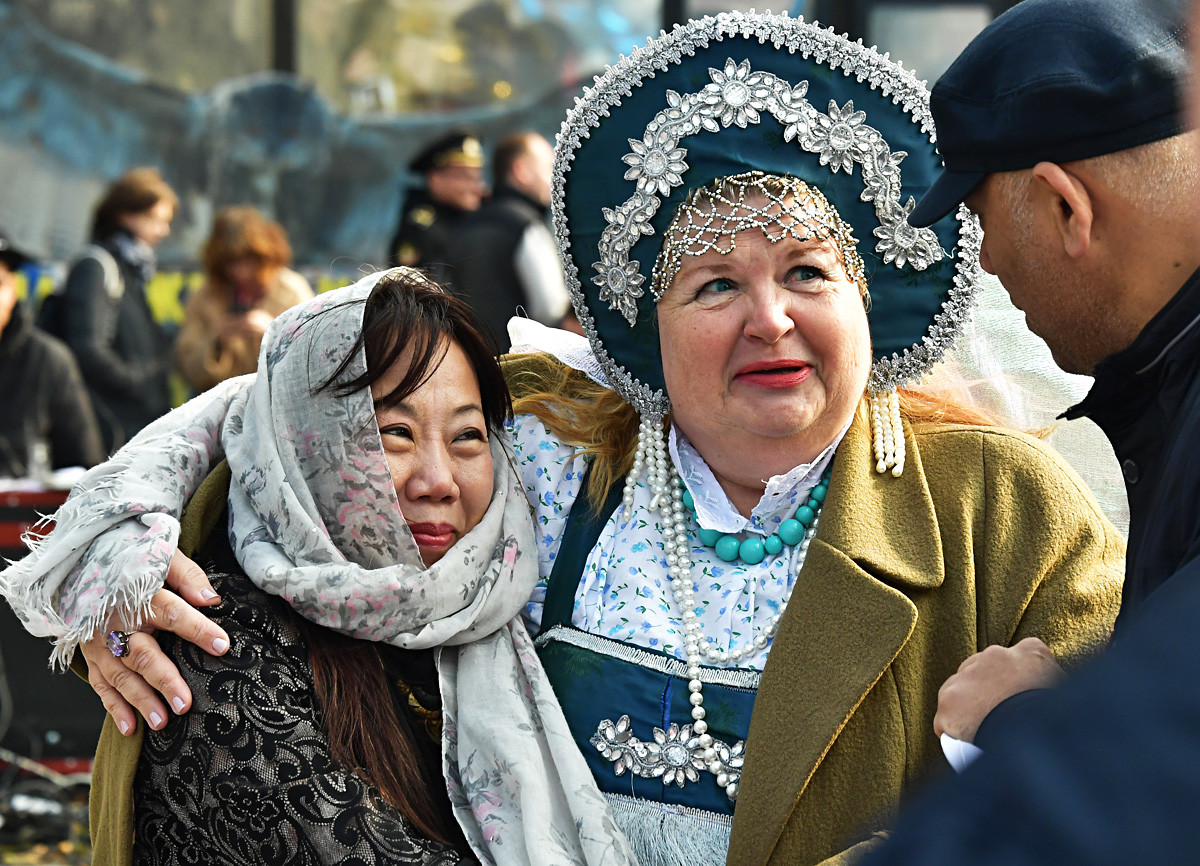 This is the newest holiday for Russians, celebrated since 2005. The official anniversary of the 1917 October Revolution had been commemorated on November 7, but this was canceled after the collapse of the USSR. But old habits die hard, and people were psychologically tuned to having a day off in early November. Besides, school holidays usually take place in the first week of this month.

The history of National Unity Day is connected with the Time of Troubles and the Polish intervention in 1612. The heroes of the tale, Kuzma Minin and Dmitry Pozharsky (a monument to them stands on Red Square), headed a people’s militia and liberated the lands of Rus from the Polish-Lithuanian Commonwealth. Conveniently, it happened in early November.

Read more: 10 songs from Soviet movies that’ll get you in the New Year mood!