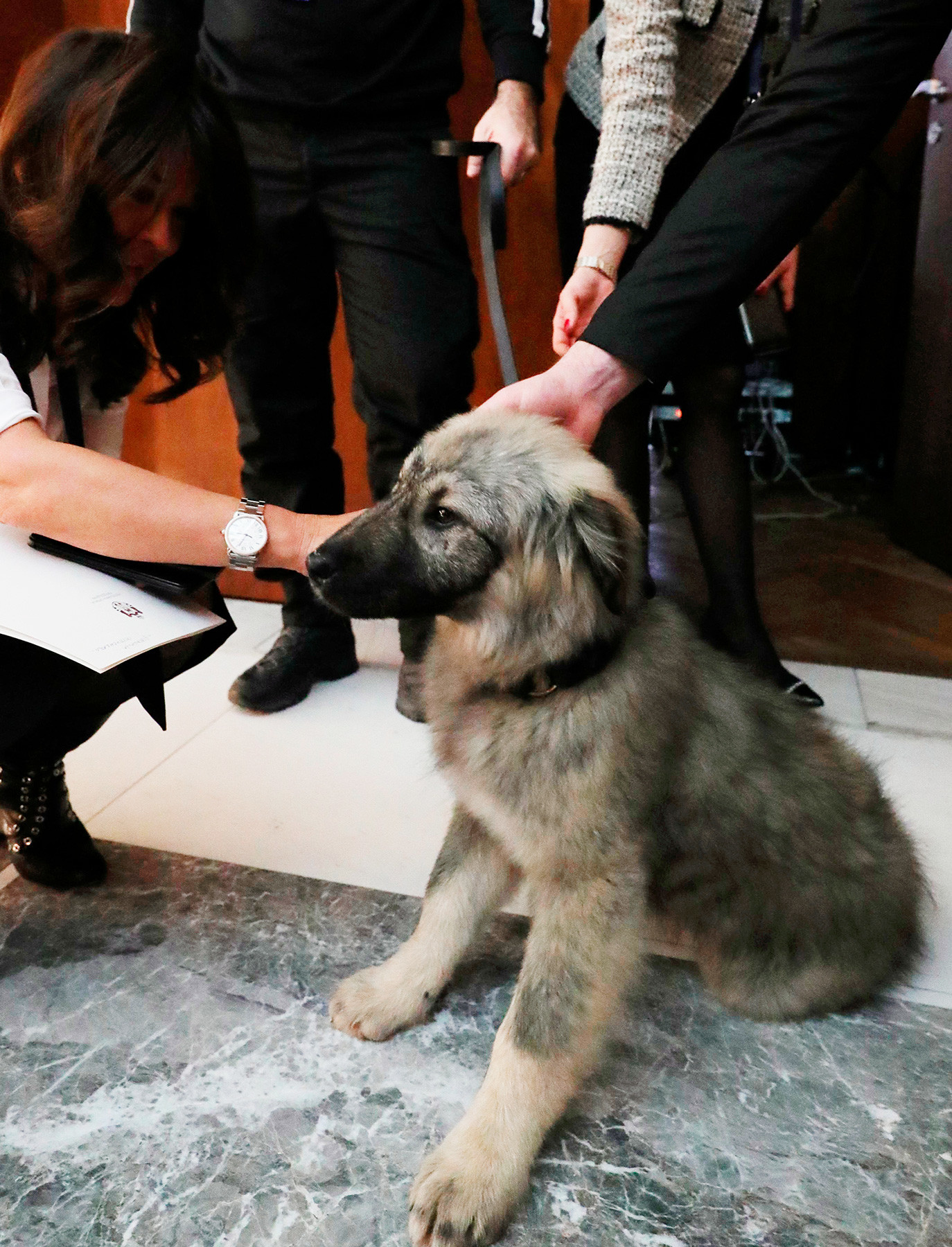 “Oh, how cute it is,” said President Putin upon seeing the puppy for the first time. “Nice chap.”
“He’s afraid of me, though,” noted Putin when the puppy tried to hide his head between his paws. “Don’t be afraid”. 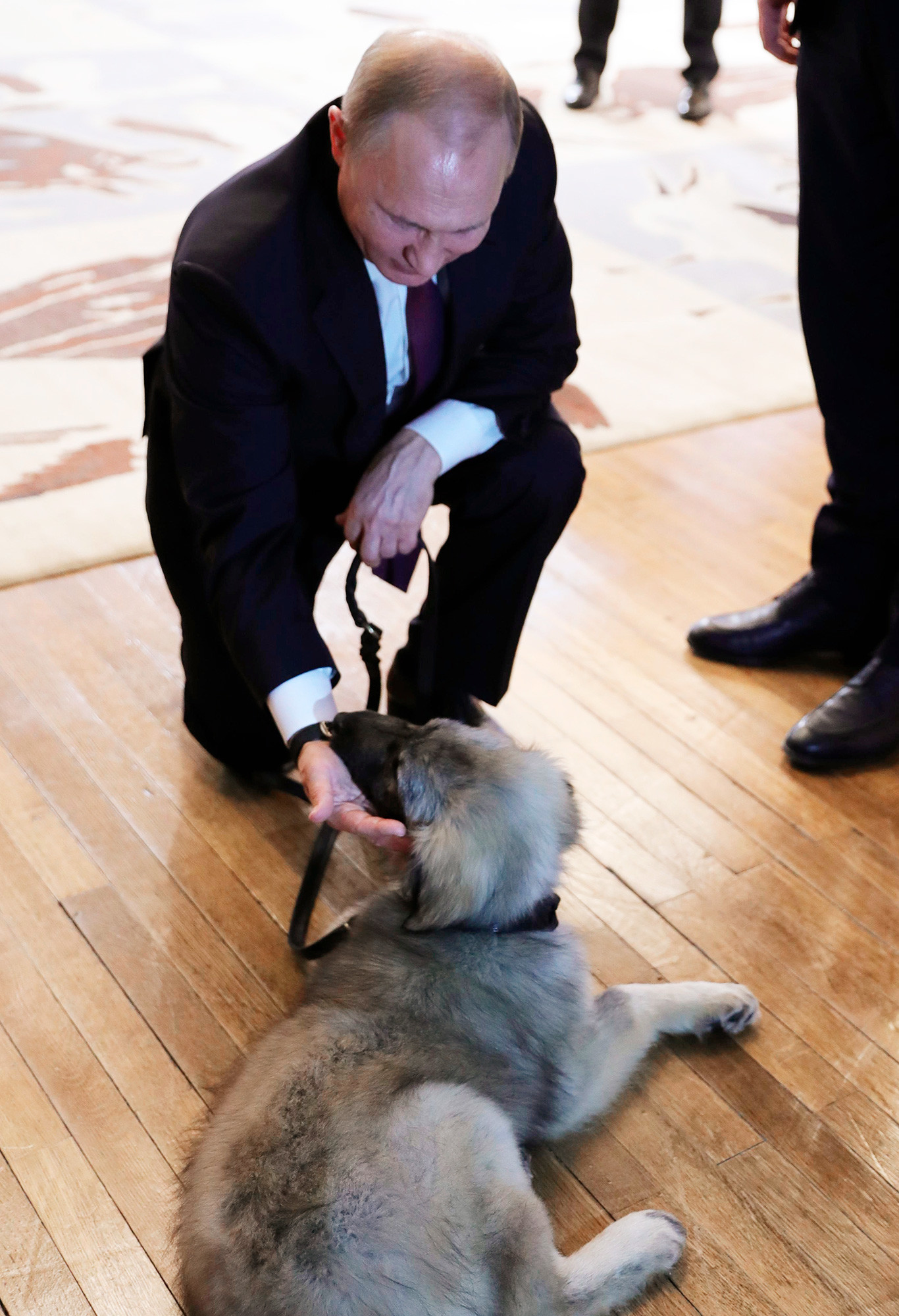 The old breed is native to Eastern Europe, where it’s been used by sheepherders since time immemorial. These dogs can effectively ward off wolves - even bears. This is a fairly rare breed: in Russia, there are only about 200 of them. Pasha is Vladimir Putin’s third dog, in addition to Bulgarian Shepherd, Buffy, and an Akita Inu named Yume. His famous Labrador Connie has died in 2014.