Why pranksters will never get Putin

Mr Putin does not use smartphones or messengers, and rarely goes online. Until recently, Russians were not even sure that he knew, for example, about YouTube. Because only in 2015 did their president publicly state for the first time that he uses the Internet.

When in 2017 WikiLeaks published the biggest ever leak of  CIA documents on hacking and surveillance tools, it contained five covert listening post servers codenamed PocketPutin. Hypothetically at least, they could track devices used by the Russian president, such as computers or phones (if any). The Kremlin’s response was simply: “We’ll look into it,” adding that Washington did not hide its wiretapping of Russian officials, so Wikileaks was behind the curve. But Russian officials and Putin are very different kettles of fish. For foreign spies or pranksters to get to Putin, as we discovered, you have to get very, very close.

Smartphones are for exhibitionists

“Having a smartphone is voluntary exhibitionism, total transparency. When you pick up a smartphone, you knowingly check a box that says make everything public,” presidential press secretary Dmitry Peskov said not so long ago. In his opinion, it would seem, the president should not have a smartphone, “especially in a country like Russia.” Journalists nag Peskov almost every year with the “smartphone question.” The answer is always the same. 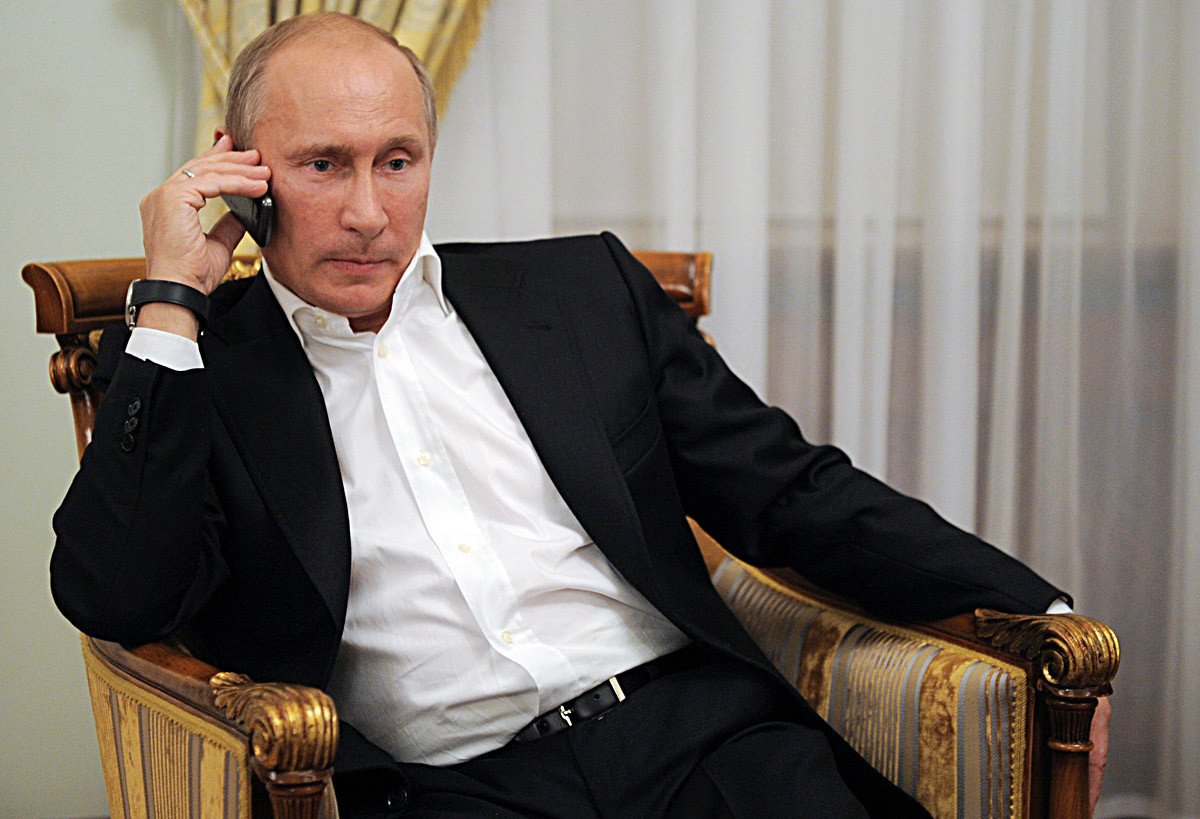 Putin is less metaphorical on the topic: “If I had a cell phone, it would never stop ringing. Even at home, I never pick up the phone,” he stated in 2005 at the start of his second term, since when almost nothing has changed. Except perhaps that it’s now even harder to contact him.

One rule has no exception: On topics of national, head-of-state level importance, Putin speaks only via a secure government line (that old-style yellow phone seen on the desk). It cannot be cracked because the voice signal is digitized and encoded with a complex cryptographic key. To decrypt it would take about 18 months. And even then, cracking it would be pointless, since during a conversation, the key is changed many times at random intervals. All done by Russian security experts. This is perhaps the fundamental reason why, for instance, Germany’s Angela Merkel, with her US components and software, could be eavesdropped, while Putin is seen but not heard.

But even “impossible” and “pointless” are not enough for the Kremlin’s comms gurus. They are looking for security that is breakable only by contravening the laws of physics. In 2015, 230 million rubles (almost $3.5 million) of public money was allocated for the development of a secure quantum communication line and other quantum projects. And the technology is already here. Information in such a system is transmitted via photons, and to detect them requires altering their state. Nature decrees that this cannot be done without being noticed.

Do you remember this famous photo of Donald Trump in the White House speaking on the phone with Putin? Nearby stands a throng of aides and advisers. That does not happen in the Kremlin. Putin is occasionally flanked by an international affairs aide or, very seldom, a minister (if the discussion is about, say, oil and gas). And somewhere in the Russian Foreign Ministry there sits a professional interpreter connected to the same line. That’s all. 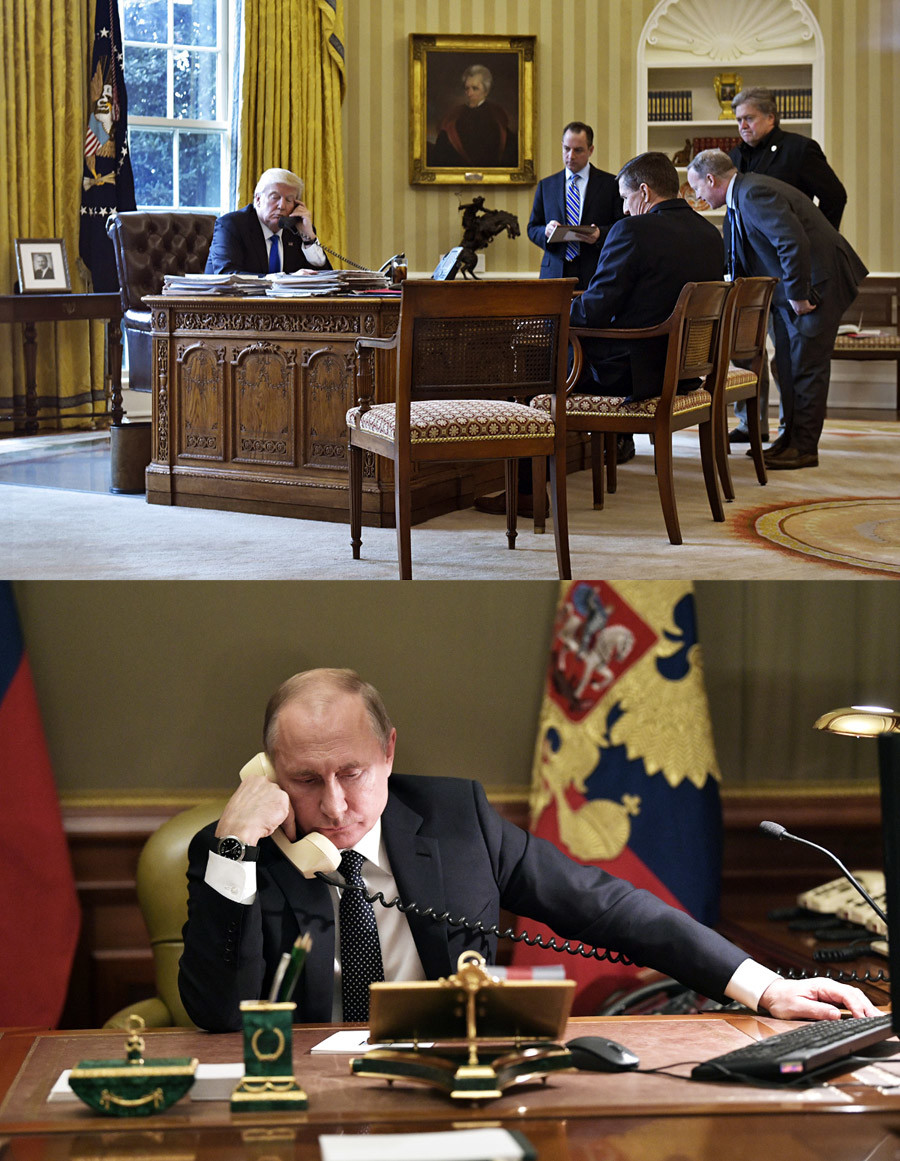 Phone call requests first pass through the Foreign Ministry’s diplomatic channels or the Presidential Administration. Only a select few (those with the same special yellow phone, such as the defense minister) can call more or less directly. But the receiver is always picked up by a secretary or an aide.

But Putin can call (via a secure link, of course) from anywhere he likes: plane, car, submarine, his beloved Tuvan forest. On foreign trips he is often accompanied by an entire plane full of comms equipment. Even when talking to a seriously ill boy whose dream was to see inside Putin’s plane, the president used a scrambled line. 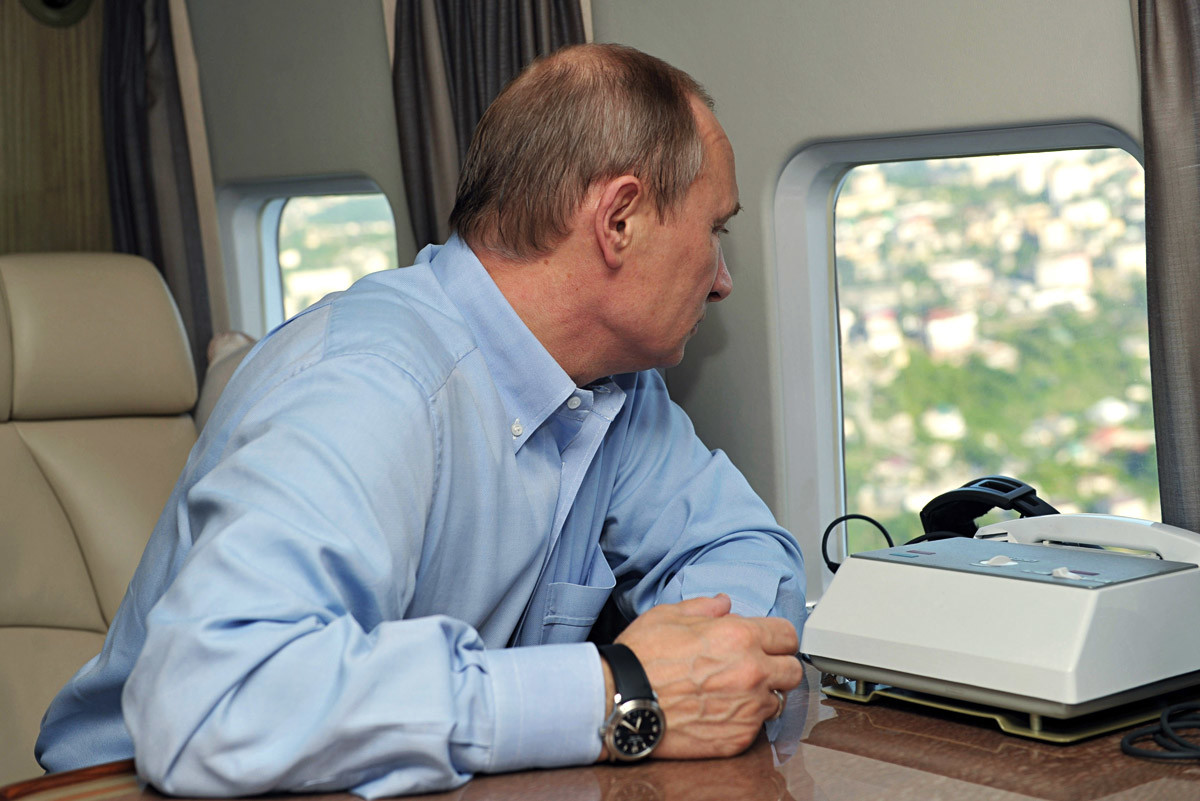 On his desk there is also a switchboard with buttons bearing the surnames of subordinates, primarily ministers and governors. 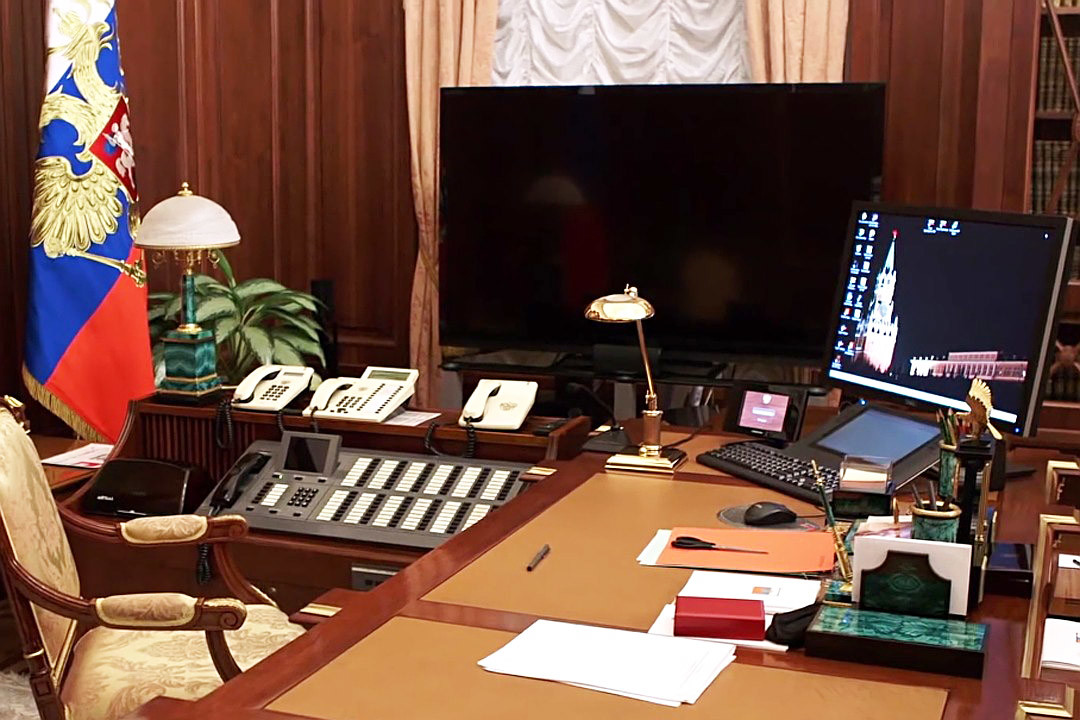 The most famous Russian pranksters, Vovan and Lexus, whose list of dupes includes Turkish President Recep Erdogan, Ukrainian President Petro Poroshenko, and Elton John, say that for now they have no reason to go after Putin. Plus there's the fact that the Putin administration knows them well, as does Putin himself. Yet they sincerely believe that, done correctly, there is a “certain scheme that could work.” Good luck, guys. You’ll need it.