What is it like to be a female boxing coach in Russia?

Lifestyle
Nikolai Litovkin
Anton Belitskiy
Before becoming Russia's most famous female boxing coach, Svetlana Andreyeva faced everything: discrimination, routine struggle against male chauvinism, and the threat of criminal prosecution; but in the end, she got her long-awaited recognition.

On a cold Friday morning, I’m on my way to KITEK club, a famous boxing gym in the northeast of Moscow. This popular place has 240,000 followers on Instagram, and I expect it to look quite swanky, but the road leads me into a gloomy industrial area with hangars and warehouses. I take another look at the GPS app on my phone, thinking that it must have made a mistake. But no, the route to the popular club indeed runs through a vegetable distribution center with huge trucks leaving one after another.

Carefully skirting the warehouse workers with their carts and crates, I find myself in front of an hangar-like, one-story building with a sign on its door that says ‘KITEK Fight Club.’ 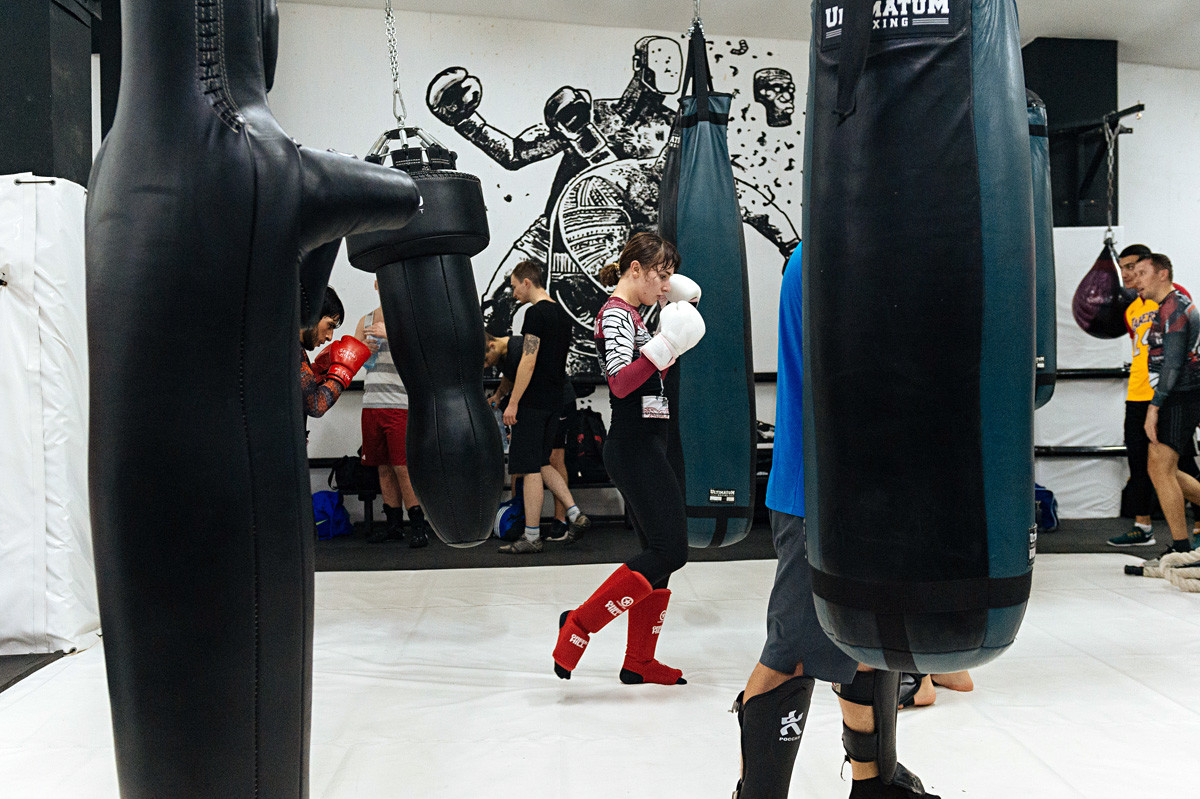 I step over the threshold and am instantly hit by the pungent smell of men's sweat, unwashed socks and old sneakers. One after another, severe-looking young men, mostly of North Caucasus origin, are walking through the door.

I can't escape the feeling that this gym is not unlike the one that Sylvester Stallone's hero in the film “Rocky” used to train in. In that film an unknown and working-class Italian-American boxer has a match every weekend in order to make a living, and then suddenly he gets the chance to turn his life around and fight with a world champion.

The gym’s energy is such that it is easy to imagine oneself a character in that movie, and it seems that the guys fighting each other here feel something similar. This place has everything to turn them into real champions: from punching bags of all types and weights to the spirit of competitiveness, which is felt by beginners and professionals alike. Perhaps most important, there’s a tough coach who does not mince words and tells you exactly what you need to do. 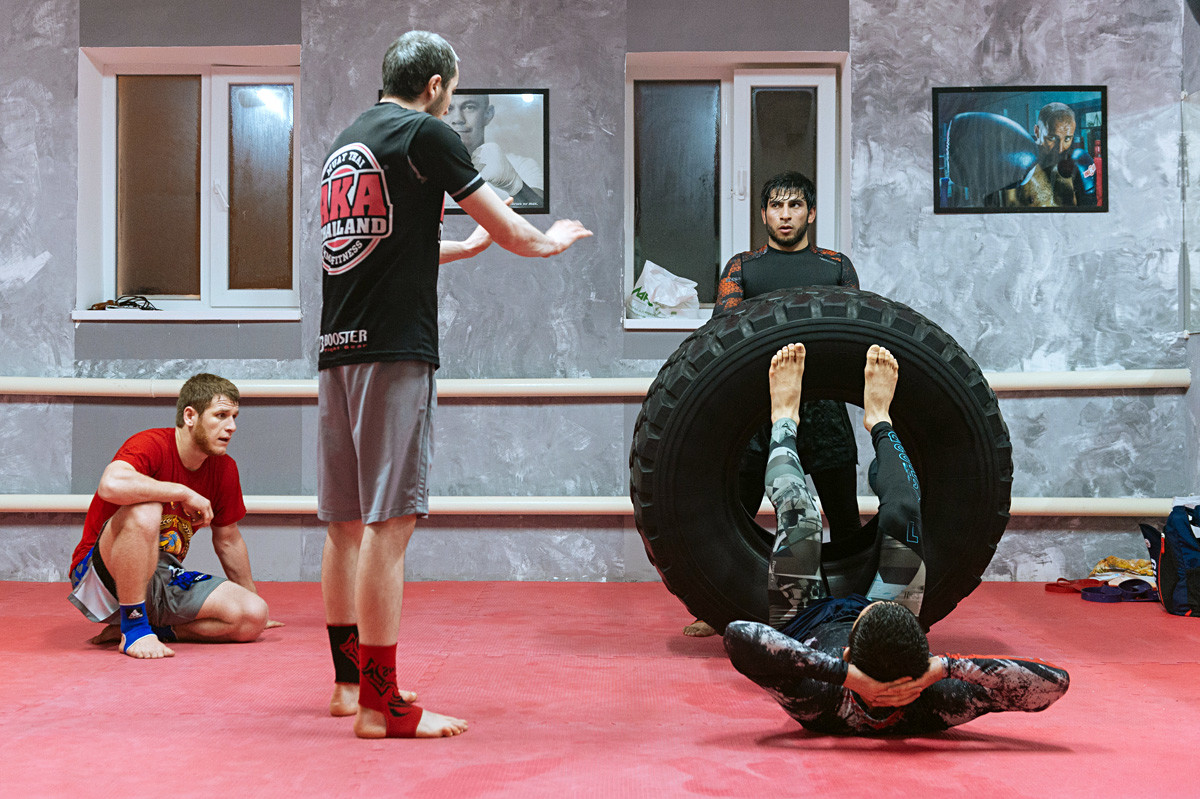 Here is the coach, who draws crowds of young people to this club. She is a striking blonde with a bulldog tattooed on her right wrist. Native-Americans might say that this is her totem animal. Svetlana Andreyeva manages to combine male pragmatism with a feminine touch. She has permanent makeup on her eyebrows and lips, the hair sticking out of her "laddish" cap has highlights in it, and she is wearing earrings with blue stones.

"I started fighting for money for the public’s enjoyment"

Svetlana meets us in a tiny room that is two-by-two meters. Fast food packaging is scattered around - pizza, Ossetian pies and khinkali. She says that she has no time or desire to cook at home. 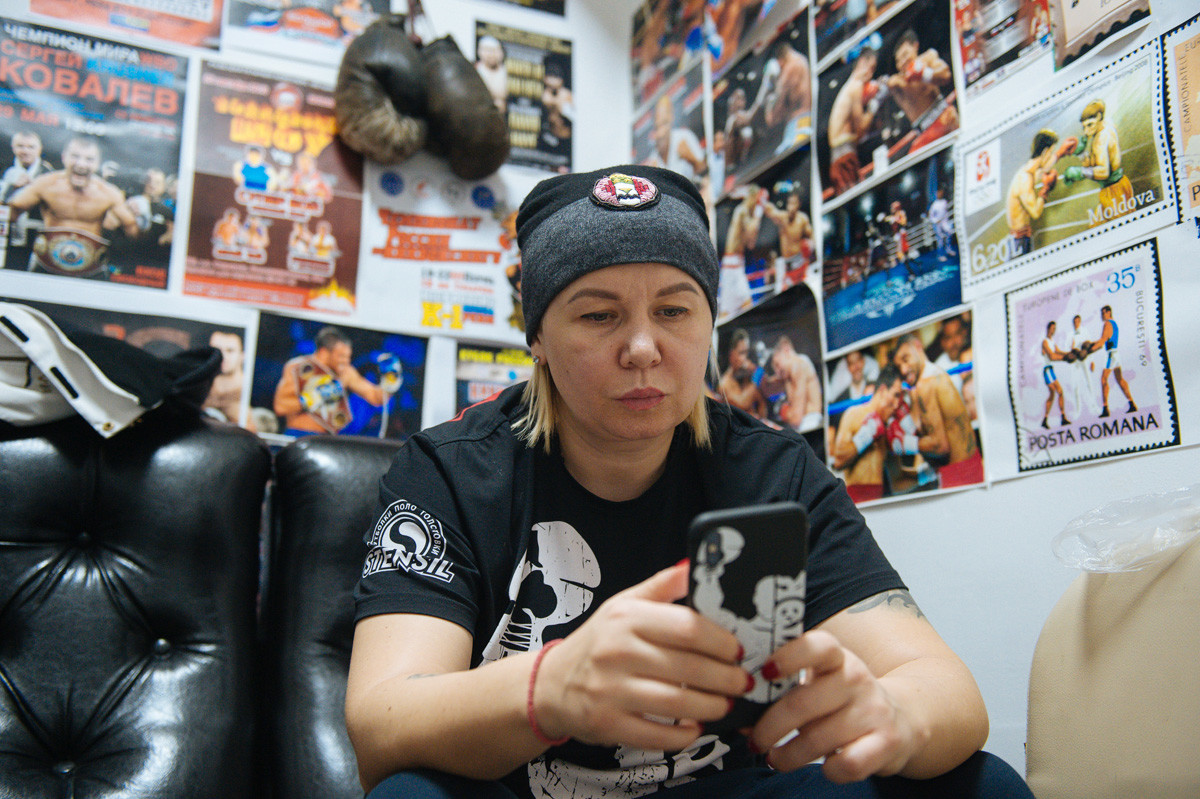 The ‘office’ walls of the most famous Russian female boxer (she has about 110,000 subscribers on Instagram) are adorned with her medals and posters from matches of the most famous boxers of our time - Lomachenko, Pacquiao, Cotto, Canelo, and others.

Svetlana is surrounded by her pupils: several stern-looking boxers, who also train kids in the gym; she is such a popular coach that the gym is packed and she needs several assistants to keep track of everyone. She is fidgeting with a toothpick and throws apprehensive looks at us.

Svetlana's journey began in the 1990s when people in the Soviet Union first heard about Bruce Lee, Jean-Claude van Damme and Jackie Chan.

Svetlana joined the fighting world as a girl. Furthermore, she did it all by herself. It all began with taekwondo and kicking. Later, she had to add 'handiwork' to her 'toolkit' in order to go into professional fighting and make money from it. 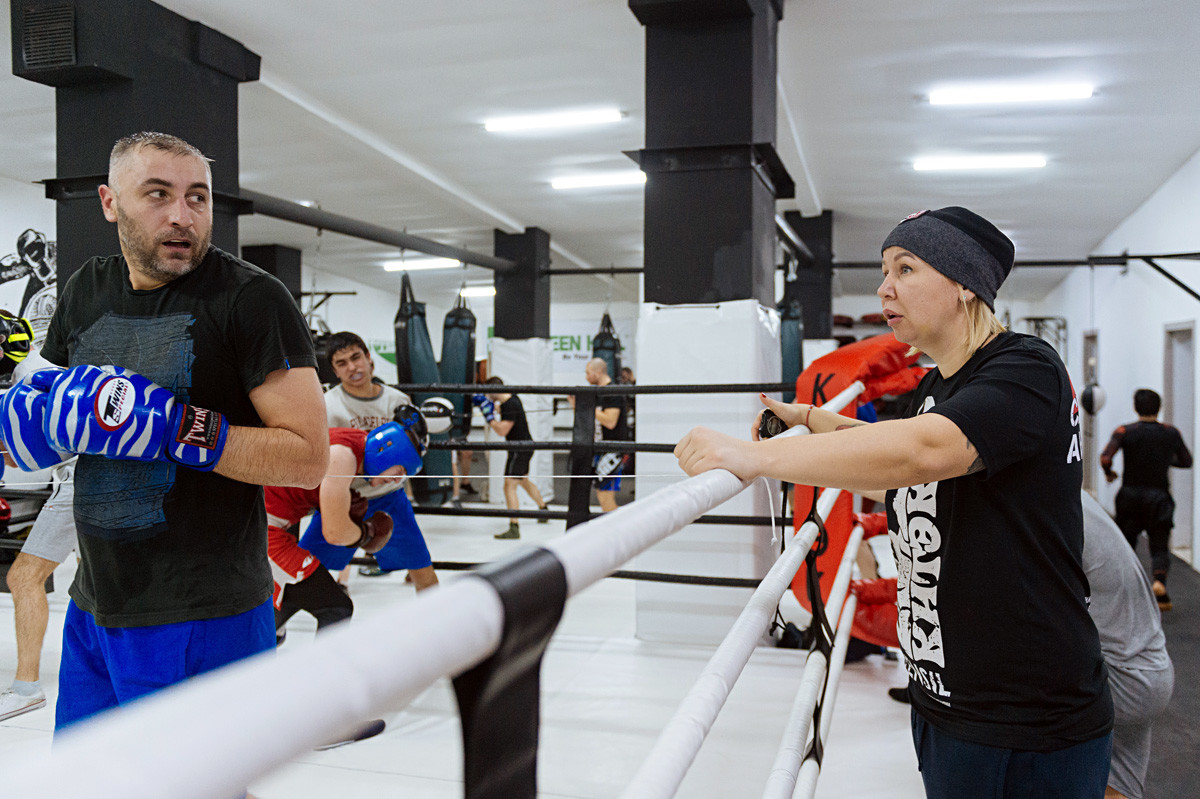 “Then, as now, there were practically no girls in boxing. I had to train and fight in the ring with the guys. By 2000, I had already moved to Moscow, and I could no longer sponge off my parents. I had to sort out my own finances, and since at the time there were neither salaries nor scholarships for professional athletes in Russia I started fighting for money for the public’s enjoyment,” Svetlana recalls.

At the age of 20 she had her first commercial fights at the Tropicana Club on Arbat Street in the very center of Moscow.

“They paid very good money - $200 per fight. Just to give you an idea, at the time you could rent a studio apartment in Moscow for $100 [a month]. So I had a fight on weekends two or three times a month, and that’s how I supported myself," Svetlana continues. 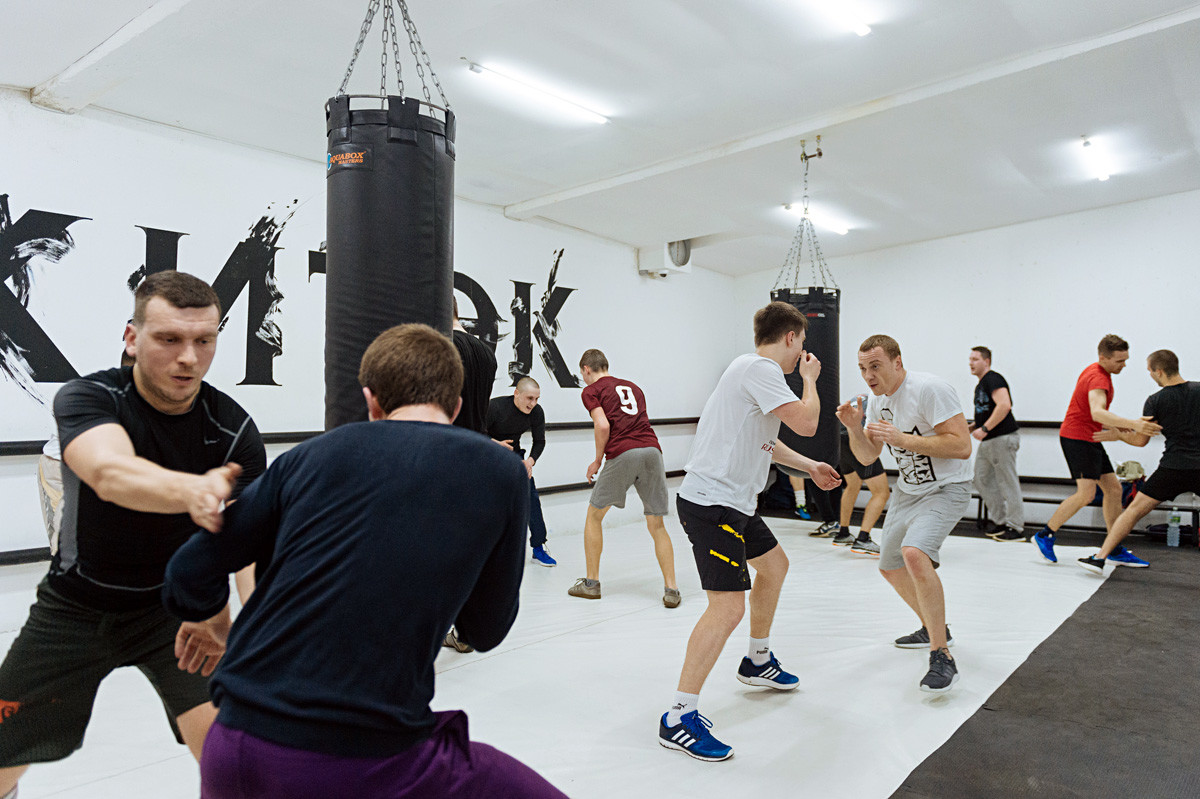 It was Kumite-style free sparring; (several years later, thanks to the UFC, it developed into mixed martial arts, or MMA).

Just a step away from prison

“I had to fight on the streets, and there are no pretty stories there. Because of one such brawl, I was one step away from prison. It turned out that men do not always behave like men. Having been beaten by a girl, some rush to file a complaint with the police,” says Svetlana.

Those situations, she continues, were absolutely mundane, of the sort that any person might face at some point. 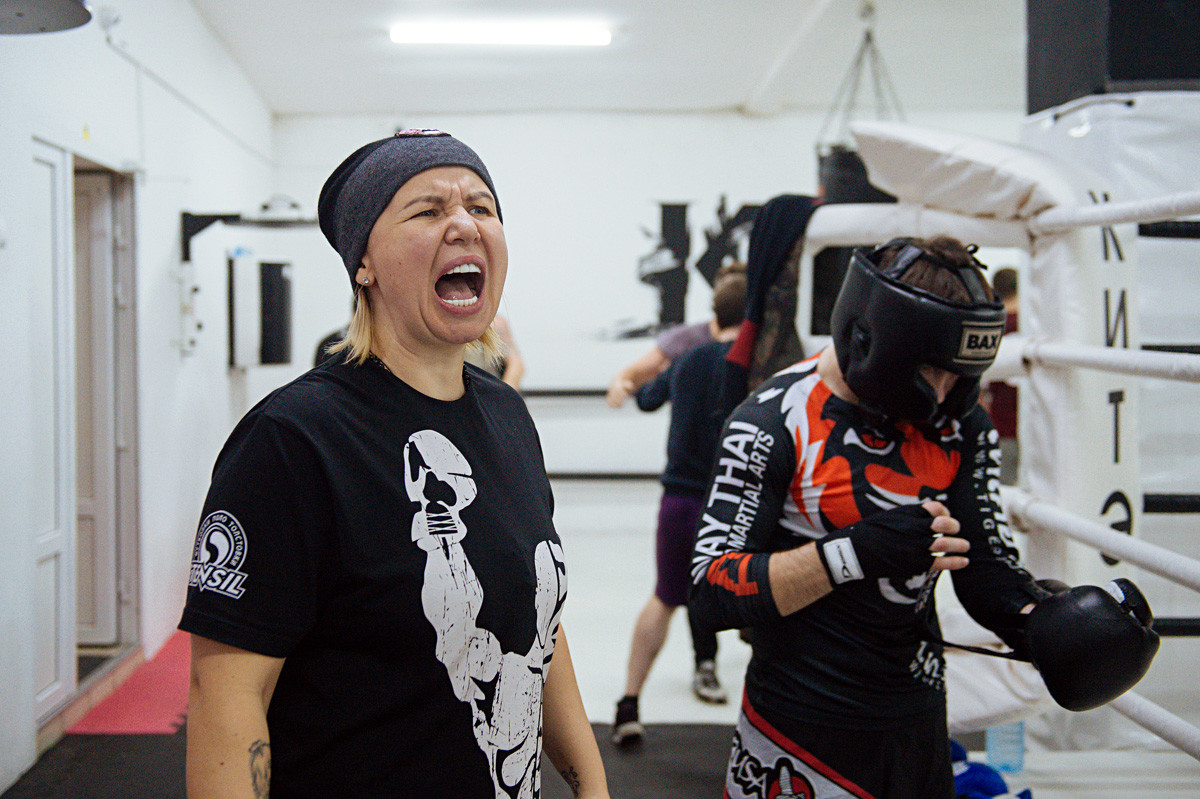 “Once, during the May holidays we went to the countryside for a barbeque, and some locals there who were drunk began to bother us. They started harassing my sister, asking her to have a drink with them, and so on. She refused, but they did not get it. After which I stepped in. One of the drunkards pushed me and began to insult me. I warned him not to do it and, after he swung at me again, I hit him in the face,” Svetlana recalls.

He and his friends had to go to the hospital, where his jaw had to be set, after which they went to the police station, where he filed a complaint that he had been a victim of grievous bodily harm. 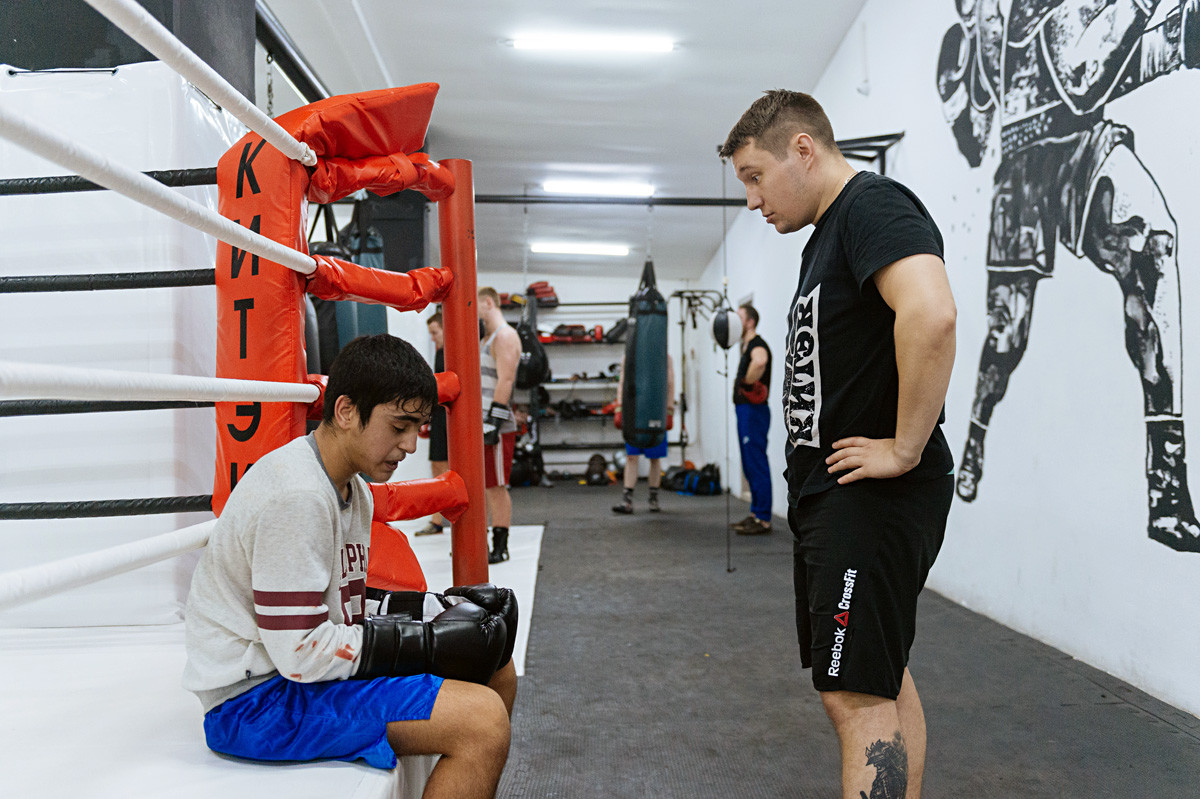 “I did not take that situation seriously at all. A man reports a young woman to the police? Says that she broke his jaw? In Russia? It all seemed incredible until the moment when on the train to yet another competition I was approached by police officers who told me that I was on a federal wanted list,” she continues.

From that moment on, Svetlana lived in constant anxiety until the statute of limitations in the criminal case had expired. “I was lucky that during this period in my life I was travelling from one end of the country to the other attending various competitions. Otherwise, I would have ended up in prison for beating a drunk,” she says.

Svetlana has been training men in her boxing club for many years already. She says that the young men come and, without raising any objections, listen to a woman because they have something to compare these training sessions to.

“At first, there’s mistrust and various 'misunderstandings,' but when a person comes here after having been to other clubs and dealing with pseudo-expert coaches, he realizes that this is exactly what he has been looking for. Fortunately, there’s Instagram, where I can show my coaching skills and professionally counterattack the armchair generals and experts. Other people see it and they come to train here," Svetlana says.

She adds that the two accounts, one with 240,000 followers and the other with 110,000, did not require any special promotion to become popular: "If the content is interesting, people sign up and come to the gym."

Today, her gym is packed to the brim. So much so that it seems a fist can land on your jaw just by accident.

After all, however, aren’t champions made through tough competition and intense daily training?