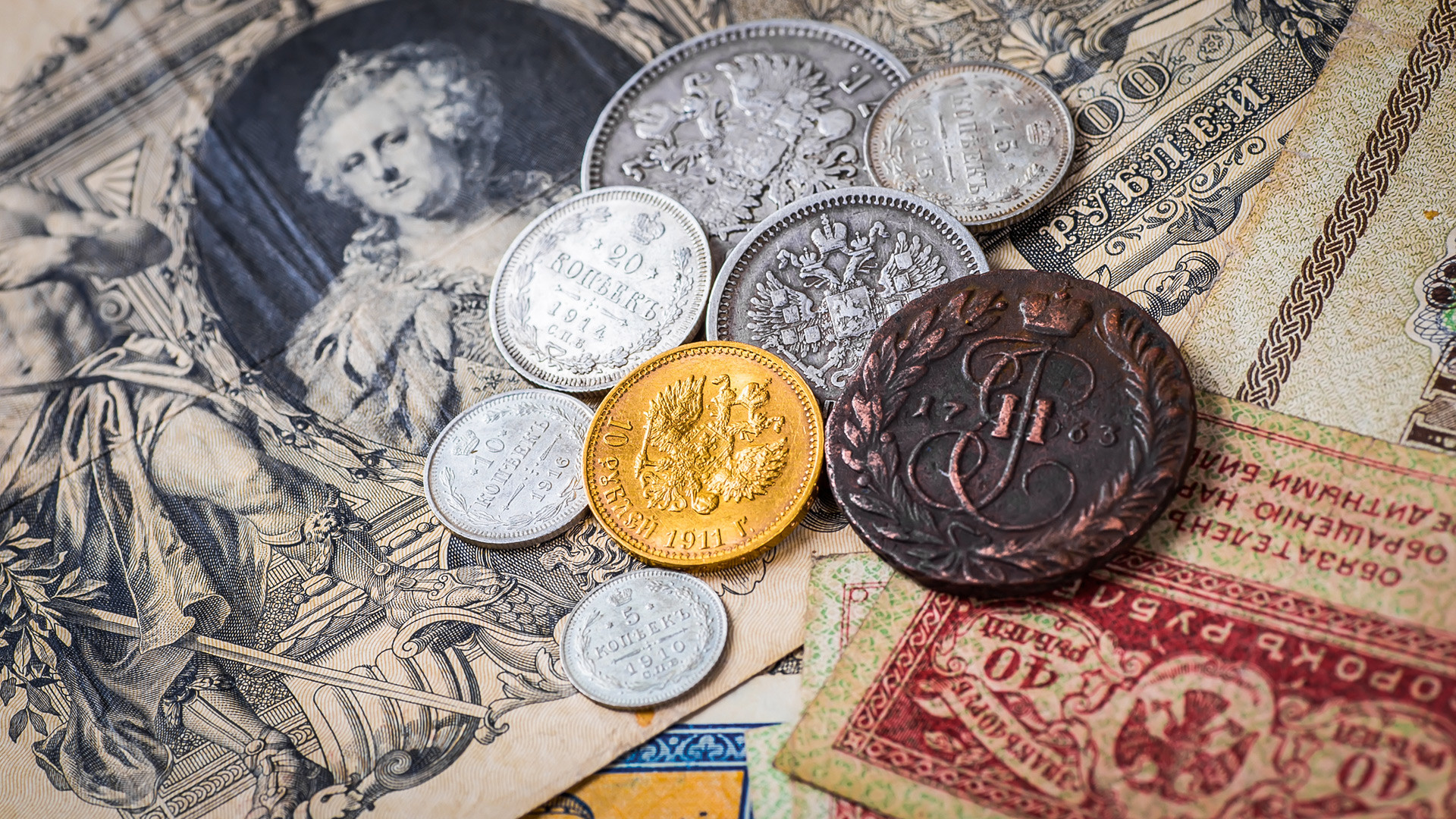 Legion Media
Auction houses hammer off these rare specimens for millions of dollars.

A coin’s value directly depends on its circulation. The smaller it is, the more expensive the coin. The rarest are trial coins that for some reason did not make it into wider circulation. 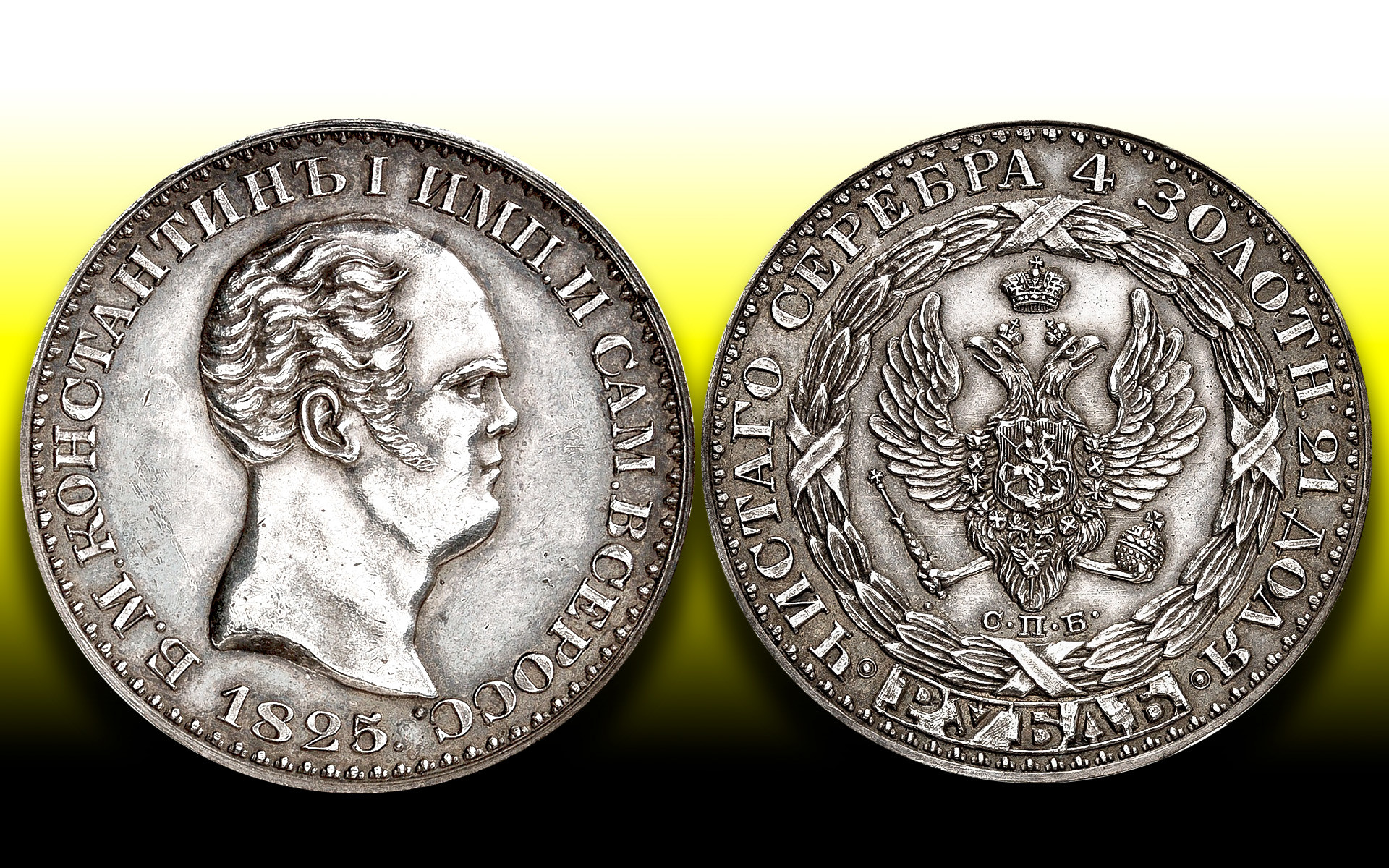 The Constantine ruble is the only Russian coin with the image of an emperor who never actually held the title. After the death of Alexander I, his brother Constantine was due to ascend to the throne, but he abdicated in favor of Nicholas I.

Today, there exist only eight trial coins minted for the expected coronation of Constantine. To avoid a scandal, all the coins were hidden immediately after the coronation of Nicholas I and never saw the light of day.

“It’s the most legendary Russian coin,” says Igor Lavruk, director of auction house Coins and Medals. The last time the Constantine ruble was sold, back in 2004, it fetched $525,000. Experts reckon that today it could be worth $5-10 million. 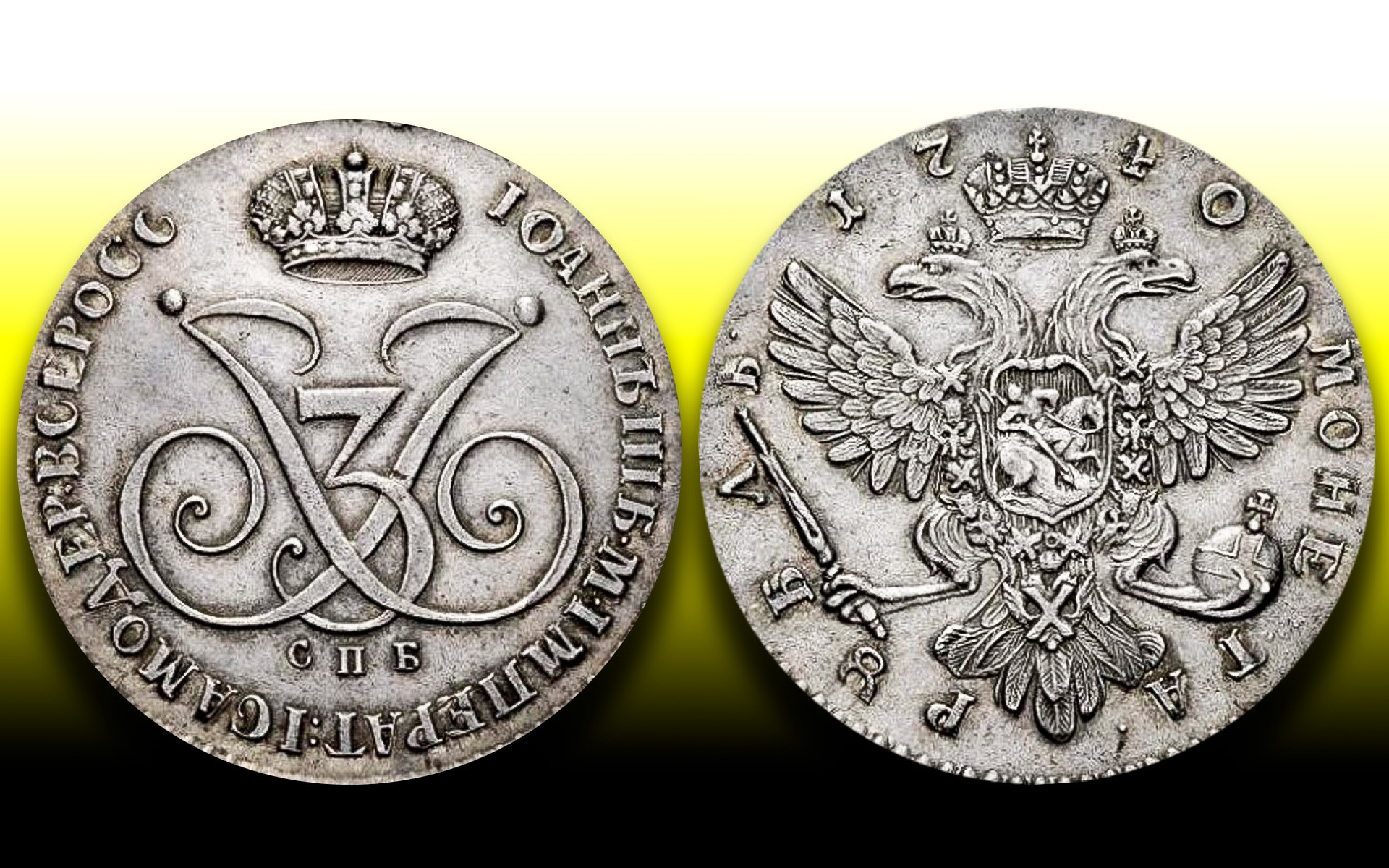 This coin’s auction price was $3.8 million back in 2012. Today, the figure is surely a lot higher.

The baby Ivan VI was proclaimed emperor when he was less than a year old. Almost immediately, the infant emperor was overthrown by Elizabeth, the youngest daughter of Peter the Great, and spent his whole life in captivity, which came to a premature end at age 23.

Although it was customary for coins to depict the emperor’s profile, Ivan VI’s tender age did not permit this. A coin was minted bearing his monogram instead, but it was withdrawn as a result of the coup. “This coin is extremely rare,” notes Lavruk. 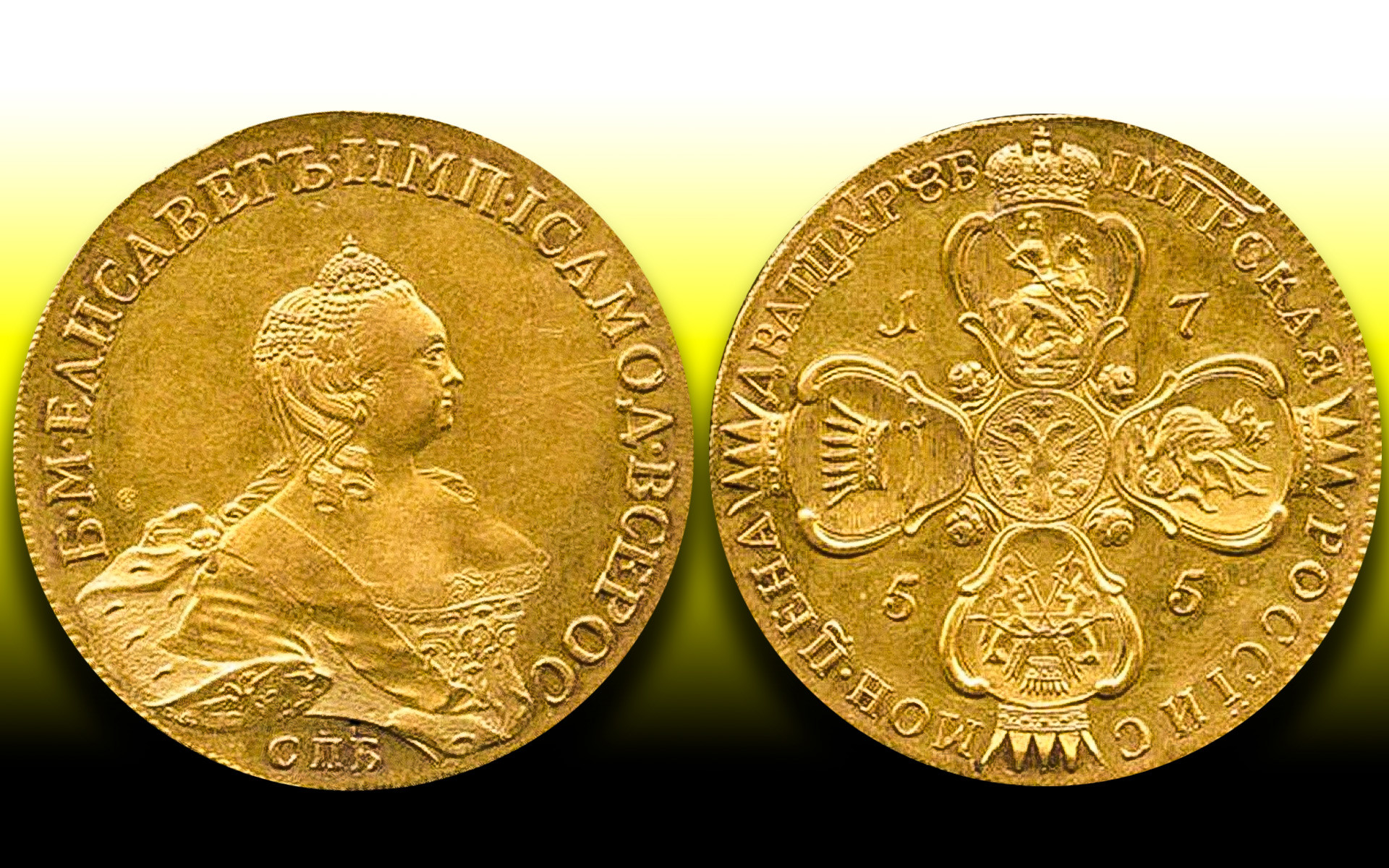 The last sale of an “Elizabeth” gold coin, in 2008, raised $2.5 million for St. James’s Auctions in London. Made of pure gold with a face value of 20 rubles, the coin has never been in circulation and differs in size from the more common 10-ruble specimen.

“Most likely, it was rejected simply because it cost too much to produce. In 1755, when people had copper coins in their pockets, a 20-ruble gold coin could have bought several villages,” says Lavruk.

The auction house director estimates the present value of the coin at $3 million. 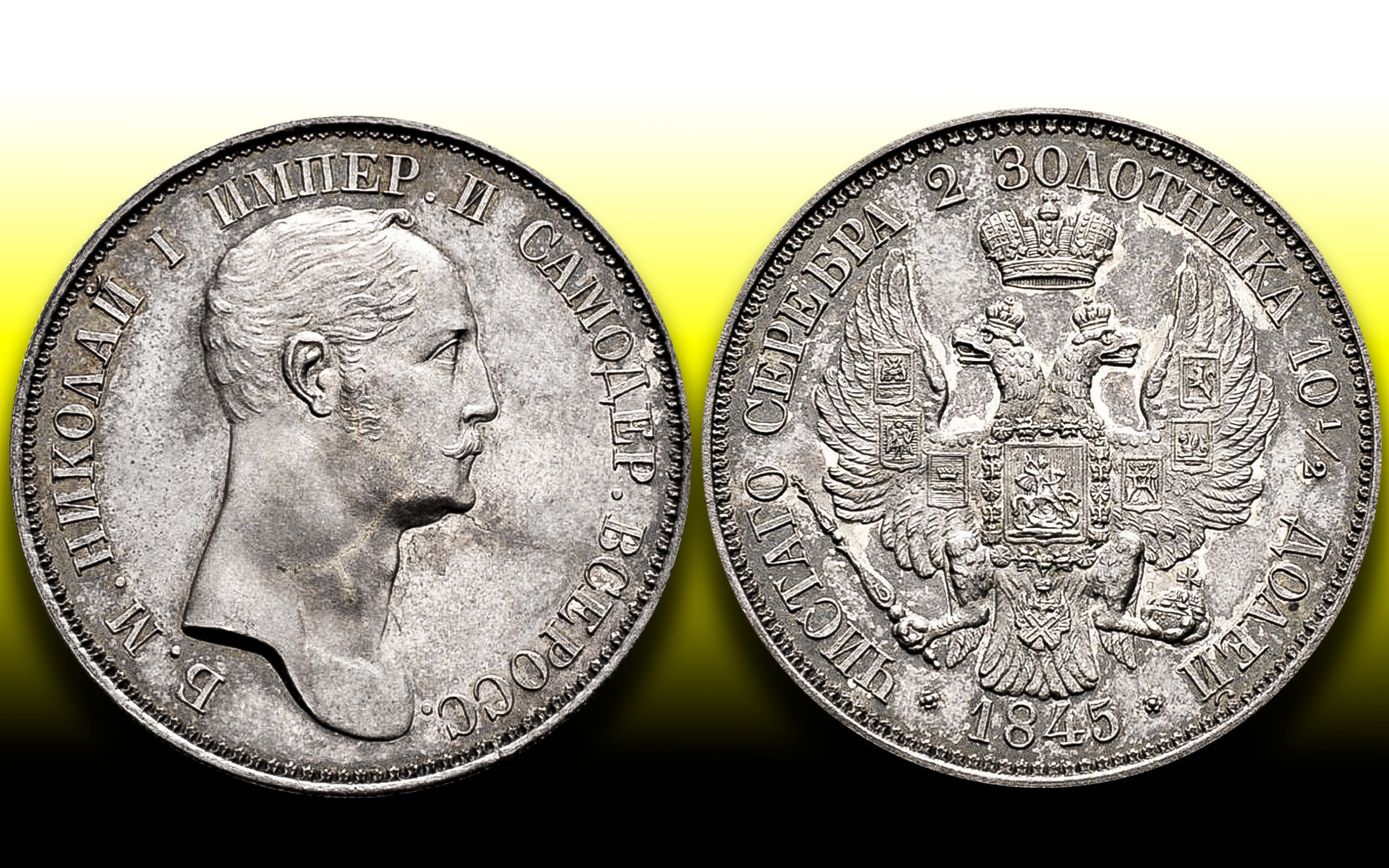 During the reign of Nicholas I in the first half of the 19th century, it became fashionable to mint commemorative coins marking events such as the birth of royal children, the marriage of an heir, etc. Some of the specimens produced in very small numbers failed to win the emperor’s seal of approval for various reasons.

That was the case with the 1845 Reichel ruble. The coin depicts the profile of Nicholas I with a long, elongated neck. It is not known if that was the reason why the emperor rejected it, but reject it he did. But that only served to inflate its price. Today, it is valued at $2 million, according to Lavruk. 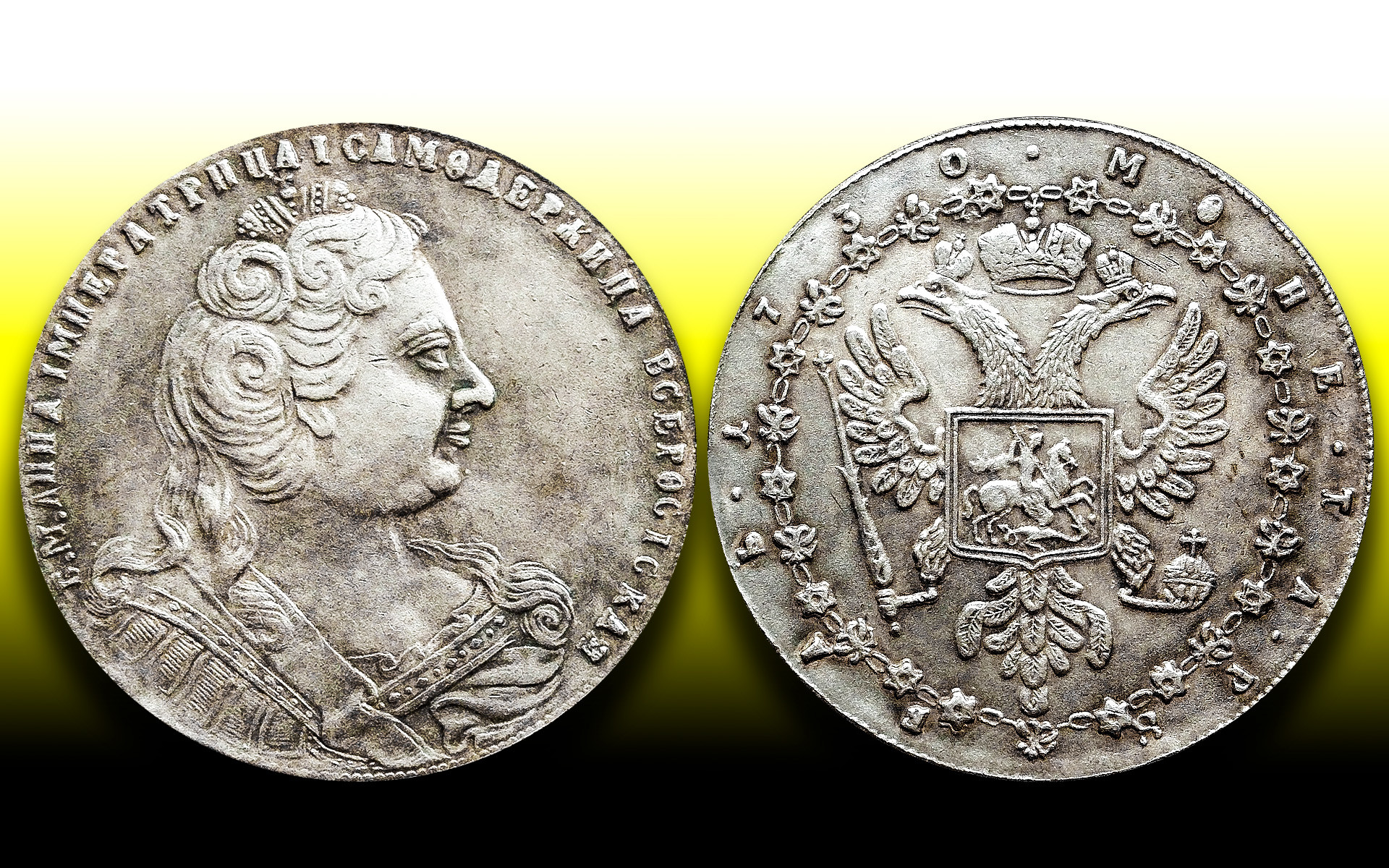 This silver coin was never mass-minted due to its complex design. The coat of arms on the reverse side is enclosed by the chain of the Order of St Andrew the Apostle the First Called, for which reason it is known as “Anna with chain” (the profile of Empress Anna is on the other side). Making a master stamp for such intricate details was considered too complex, and the design was abandoned in favor of one without the chain; hence the rarity of the “with chain” version.

The last auctioning of one of these coins, back in 2010, fetched a selling price of $460,000. “A specimen in good condition would be worth around $1 million today,” discloses Lavruk.

Click here to read about sex scandals in the Romanov family.