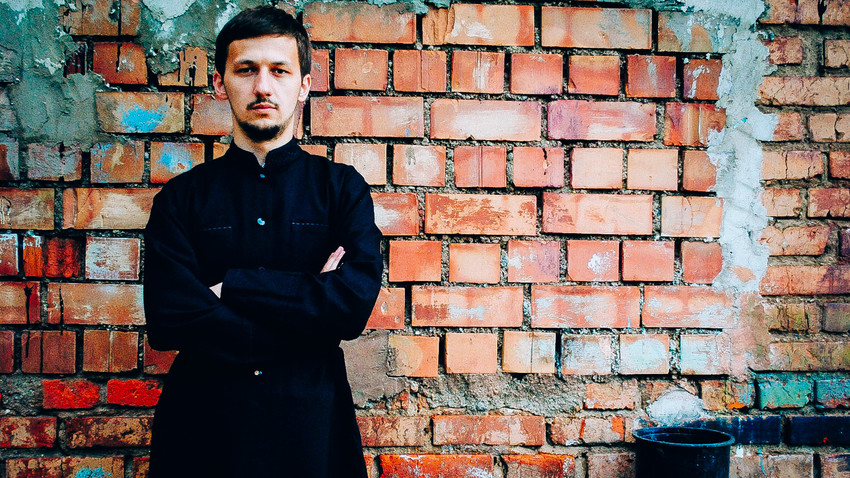 At first glance, Alexander seems an ordinary young dad with a creative job. In a small kitchen inside a khrushschevka (low-rise apartment block), he hovers over an empty Word file on the computer screen. His wife is about to leave for work, whereupon his attention will be focused squarely on little Misha, his son.

A moment later, a new post pops up in his VKontakte community: “Guys, how do I force myself to write a script? Been trying for days but nothing’s happening...”

In reality, Alexander is a 26-year-old priest in the Russian Orthodox Church (ROC) who is trying to write the script for his new YouTube video on a near taboo subject: Does buying candles in church make God listen more to your prayers?

Blessed be the YouTubers

Alexander published his first video three years ago, taking inspiration from a colleague, Alexander Mitrofanov, who at the time had already amassed 5,000 YouTube subscribers.

“Back then, there were practically no priests on Russian YouTube. He was one of the first,” recalls Alexander. Meanwhile, it was dawning on the ROC hierarchs that the Word (God’s, that is, not Microsoft’s) needed to be spread online, and young, tech-savvy priests were being actively encouraged to take up the cause (last year the ROC even held a competition for blogger priests in which Alexander took joint second place (there was no clear winner, it seems)).

Having studied Mitrofanov’s videos, Alexander bought a prehistoric video camera for $200 donated as a wedding gift (the ROC permits marriage before entry into the priesthood), and began to experiment. He started communicating with potential viewers in straight-talking language about what he considered important: Why sex before marriage is bad, and the ROC’s attitude to tattoos and anime. Alexander wanted to persuade his viewers that Christianity is not outdated dogma for old-timers, but a living aid to solving the most pressing modern-day issues. 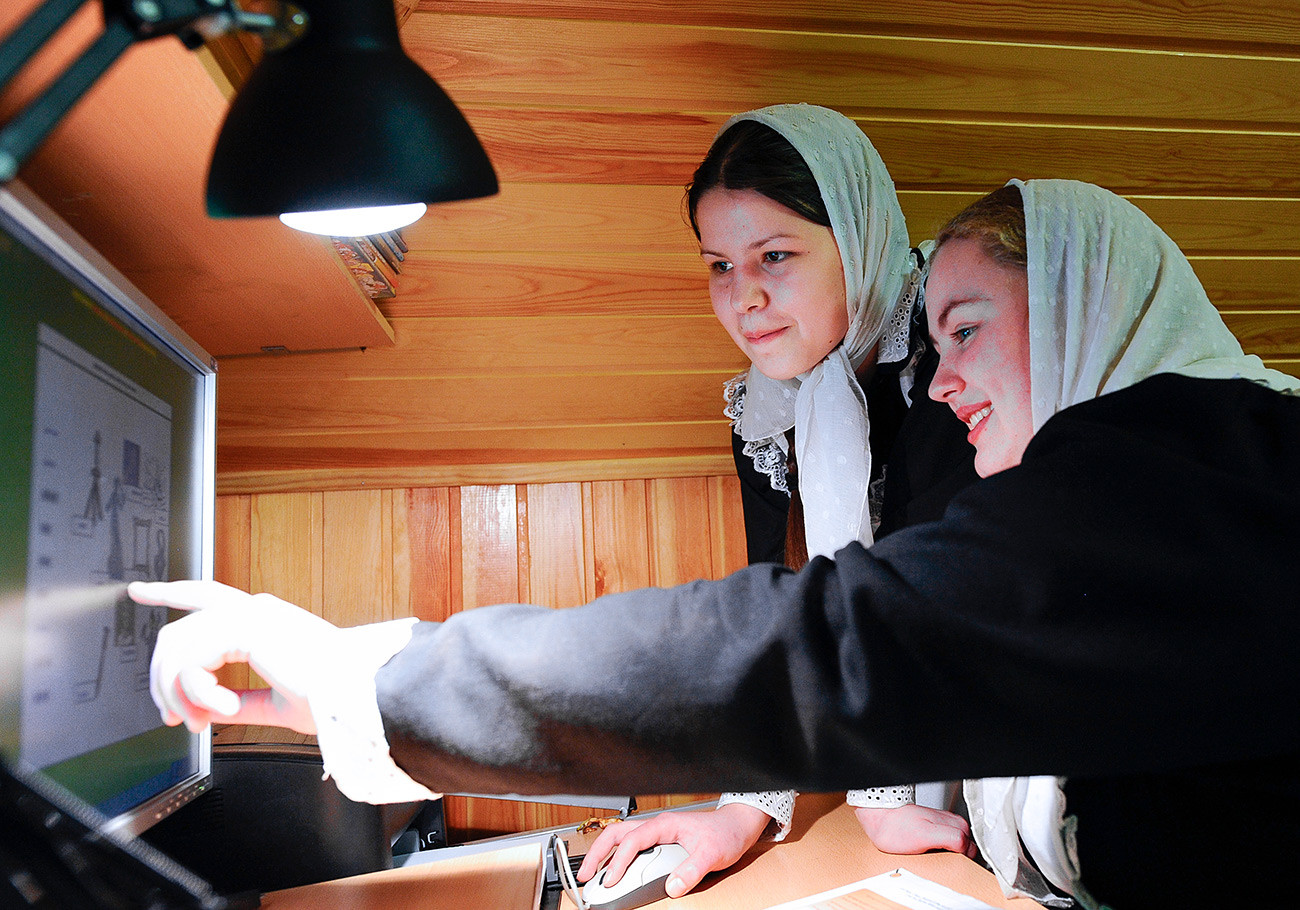 Subscribers were few at first, but gradually the flock began to gather, and now Alexander 25,000 followers to his name (meanwhile, the colleague whose example he followed has seen his subscriber base grow more modestly from 5,000 to 8,000). His most popular video has scored 75,000 views, and counting. It is a response to a statement by fellow clergyman Vsevolod Chaplin, who demanded that the film Matilda, directed by Alexei Uchitel, be banned from Russian cinemas for its depiction of an affair between ballerina Matilda Kshesinskaya and the last tsar, Nicholas II (who is now an Orthodox saint, and hence guarded by the ROC). In his video, Alexander urges Chaplin “not to pass off his scheming little thoughts as the will of God.” “How the dickens does this man’s [Uchitel’s] films threaten Russia? It’s not Matilda that’s sowing the seeds of the Russian state’s destruction. Russia is full of other problems that make Matilda pale into insignificance: abortion, corruption, bad roads, drugs, alcohol, the list goes on,” blogs Alexander. He considers it essential to show people that Chaplin’s opinion does not represent the views of the ROC as a whole, there is another position.

Alexander is not without haters of his own, of course. The most innocent are atheistic school-age kids who post that YouTube is not for priests (and other less polite comments). After reading such messages, Alexander blacklists the senders with a flick and click of the mouse, and often experiences a surge of inspiration afterwards that helps overcome the vice of procrastination.

Far worse are the haters at the other end of the religious spectrum—the Orthodox zealots. For example, Orthodox Cossacks sometimes vow to track him down and beat him up. “They don’t like me because I say it how it is—in clear, modern language, not the kind you hear in church,” Alexander surmises.

Unlike more popular bloggers, Alexander does not have a manager, stylist, sound engineer, or operator—or indeed the money to pay for such a team. His equipment (a microphone and new camera) was a gift from a subscriber, his tablet doubles up as a prompter, while the studio lighting strikes the white background and Alexander’s face as if under KGB interrogation. His on-screen image and attire are traditional: a cassock and a cross round the neck. 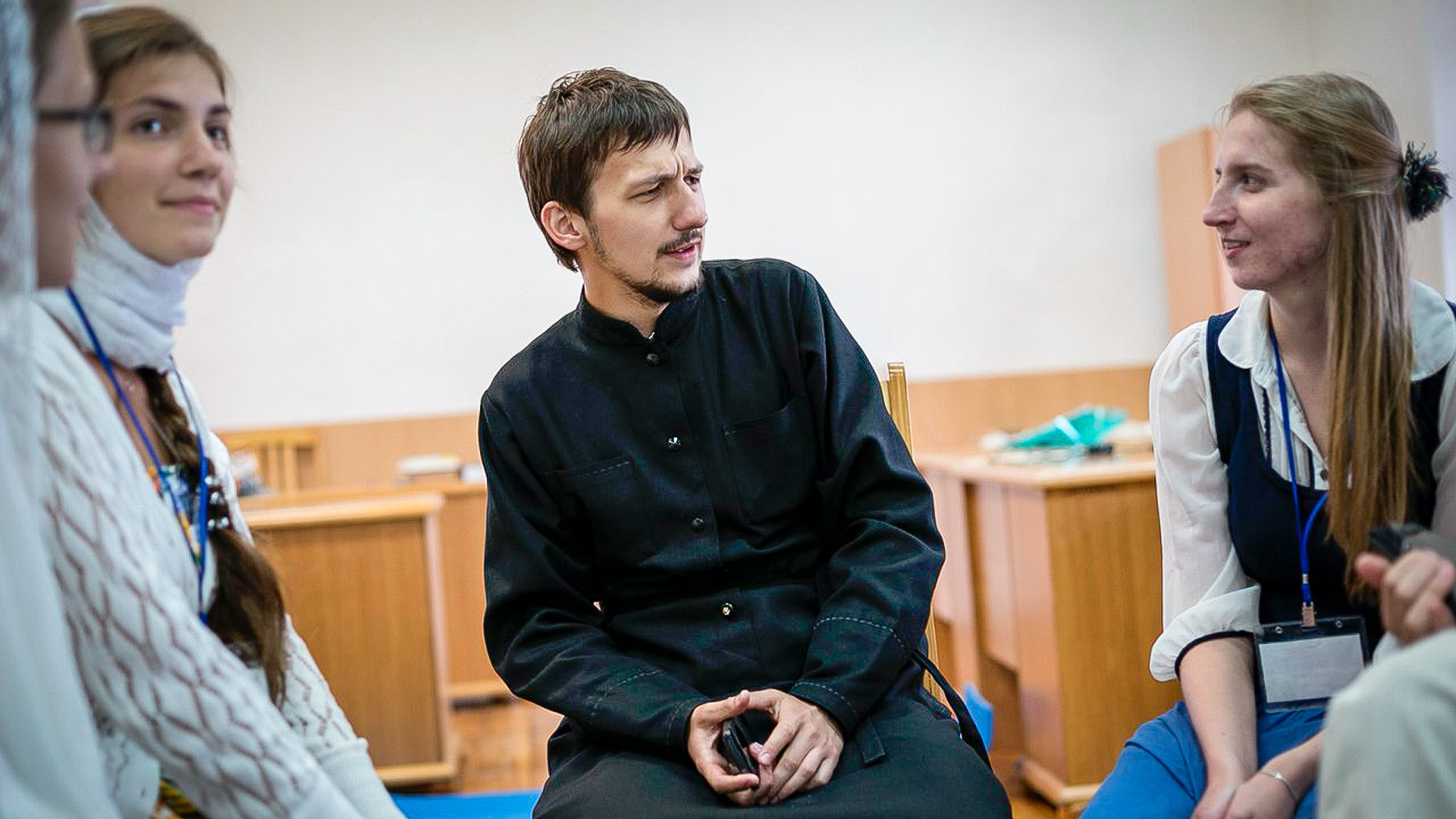 Alexander hires a studio for the video shoots, and spends a good three hours running back and forth between camera and backdrop, adjusting the focus and white balance, and reading the text with different gestures and intonations—from good-natured to borderline aggressive.

His YouTube channel has no ads, except for pre-rolls before the first 15 videos. Alexander has had various offers to advertise everything from Chinese headphones to Orthodox publications and even the services of Orthodox psychologists, but his reputation is more important to him. That’s why he continues to serve in church for a modest $400 a month and make videos in his spare time.

The road to hell is paved with user comments

After a YouTube video is published, the priest makes it available to Orthodox communities. Part of the PR consists of replying to comments and questions from subscribers: Does the Church allow yoga? Is smoking a sin? And if so, how does one overcome it? Is it acceptable to think about God during sex? Alexander receives such questions every single day. For him, it is a boring, but vital routine.

“You want to talk about God, but at the same time you have to explain that if someone’s back hurts, they can’t just pray, they have to see a doctor. It’s important not to overdo it, because I’m not a doctor, psychologist, or psychiatrist. My task is to lead people to Christ,” he says. 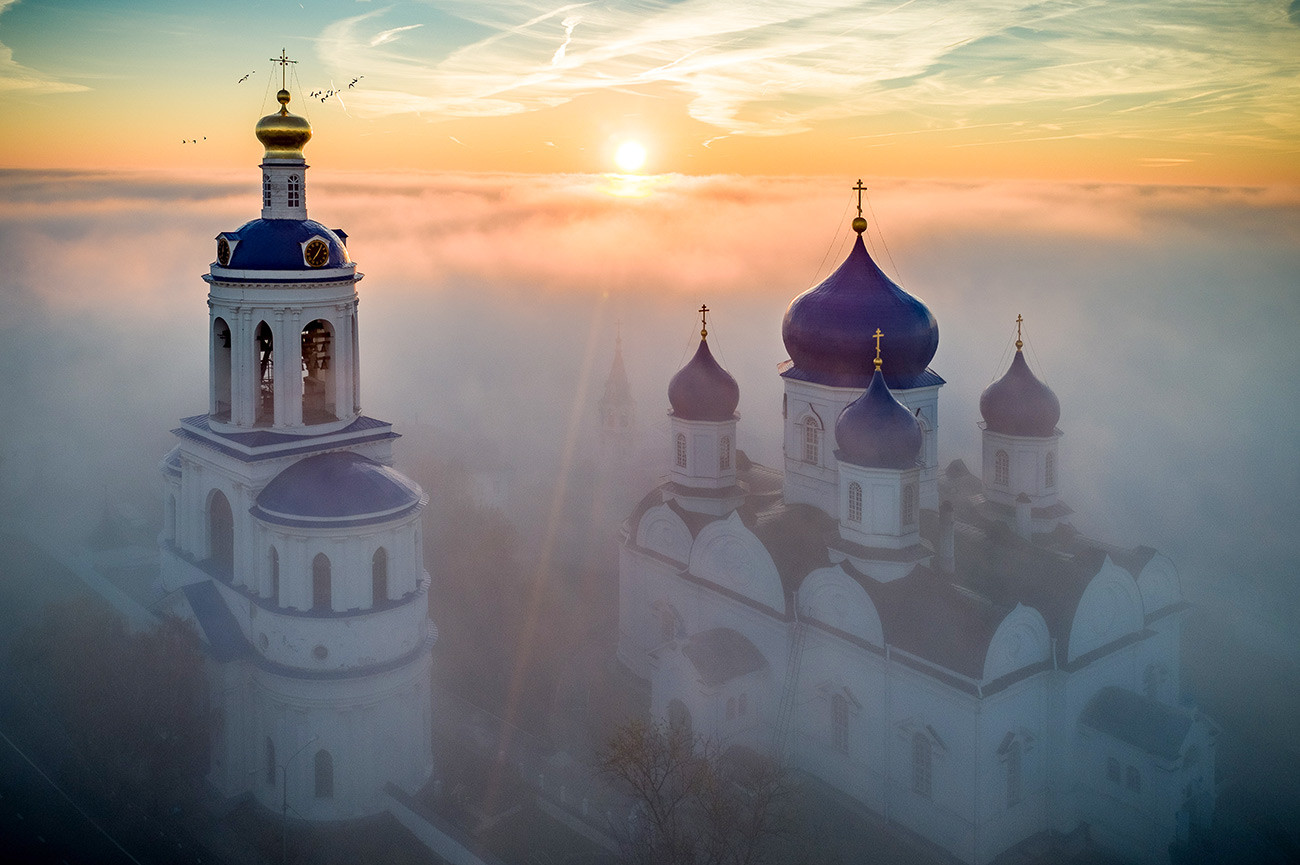 Alexander is pondering the idea of making a video about HIV and AIDS to dispel the myths disseminated by "some clergymen" that these diseases do not exist. According to him, the ROC does in fact recognize them and encourages their treatment.

Besides his lofty aims, the blogger priest has decidedly earthly ones too, including paying more attention to his wife and son, and reaching 100,000 subscribers on his channel (he dare not dream of a million).

“We need to infect young priests with the blogging bug to get them on YouTube. Some will be able to attract a million followers,” he muses.

He is sure that he will not be one of them, though. His task is to point the way, then step aside in favor of younger, more talented minds.