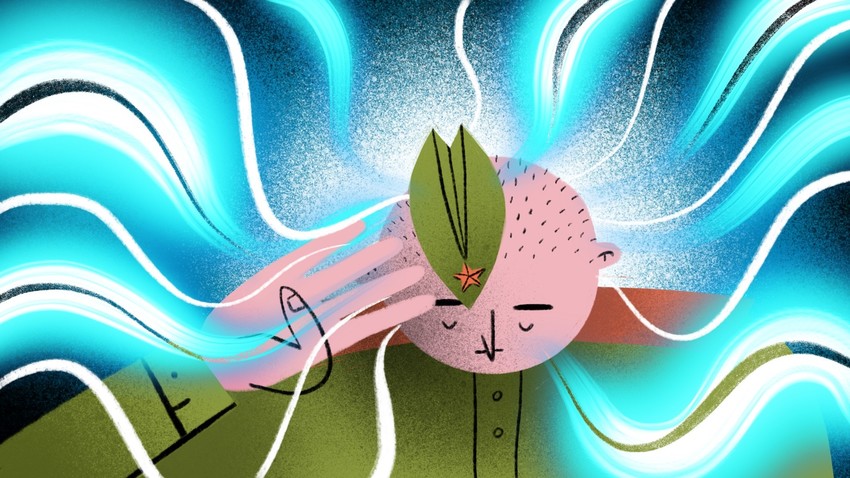 Varvara Grankova
An article in the Russian Army’s official magazine about ‘super soldiers’ fueled fierce debate during the Soviet Union – the author claimed that the military was training its men to read minds. But is there any truth in the claims?

“[Parapsychology] makes it possible to defeat an adversary using non-contact methods,” starts an article by retired colonel Nikolai Poroskov published in Armeysky Sbornik (“Army’s Digest”, publication on Russian), the Russian Defence Ministry’s official magazine. Poroskov claims that since the 1980s the Russian military has been developing the technique of meta-contact, which, to put it mildly, is a real game-changer in terms of military intelligence.

“Those familiar with meta-contact can engage in non-verbal interrogation,” writes Poroskov. In other words, mind-reading. “They ‘look through’ the captured soldier… there is no way to escape such interrogation or hide any facts.” In the very next line, however, the author says the opposite: “Special forces soldiers, diplomats, industry and bank CEOs are taught to resist such interrogations.” 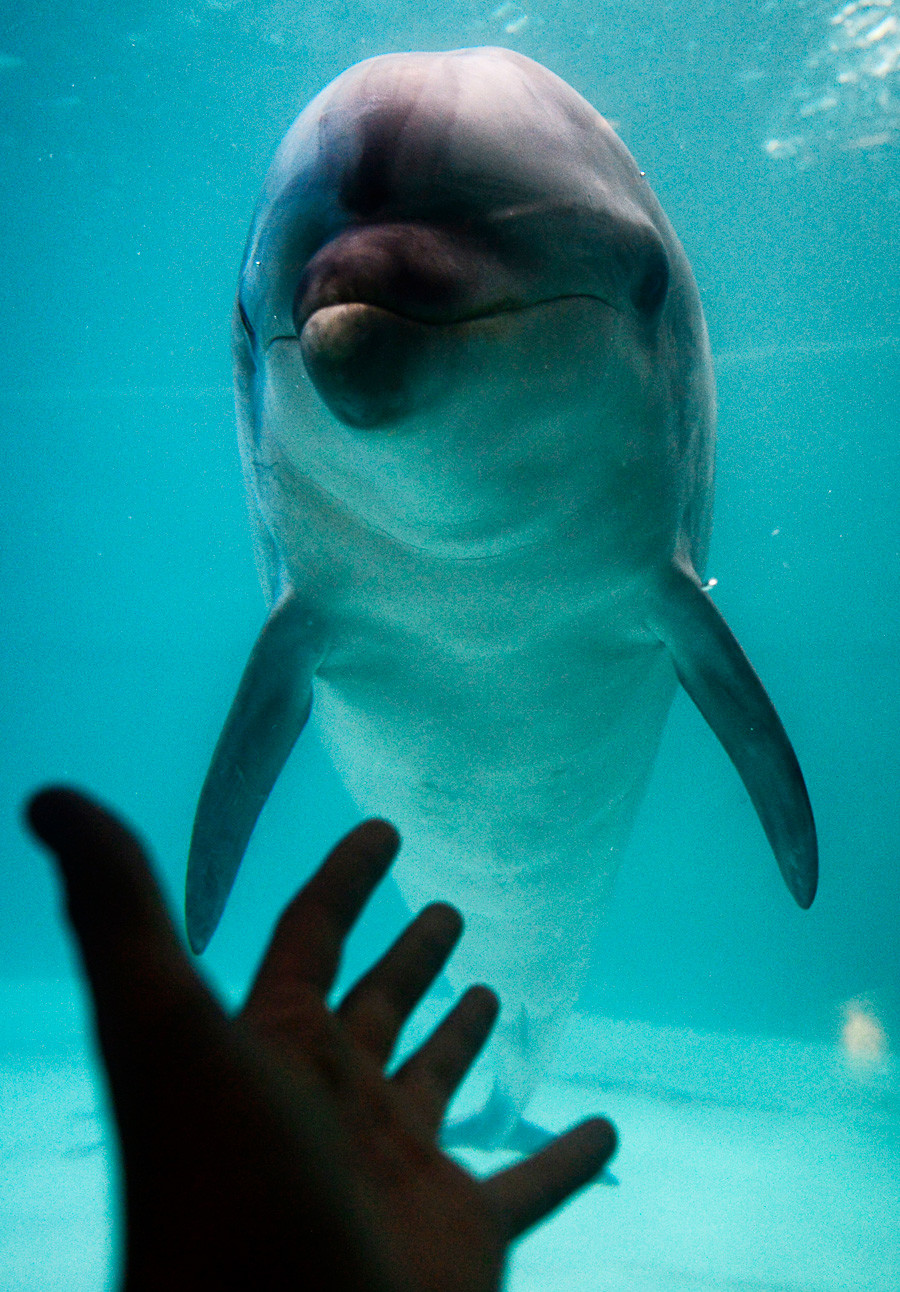 If you meet a dolphin, be careful - it might be a Russian agent (or not).

Anyway, it gets even better: according to Poroskov, parapsychological skills help people to learn foreign languages, resist pain, find enemy traps and storage depots, hack computer programs, tap communications, and survive without food and sleep for days. Basically, as a parapsychologist you become something close to a Jedi or Professor Xavier from X-Men. How did the Soviets invent such a technique? Mother Nature helped.

“Russian specialists managed telepathic contact while working with dolphins. They transmitted non-verbal commands to the animals and they followed. As it turned out, such methods are suitable for [contacting]  people, too,” writes Poroskov. It remains unclear, though, if the dolphins ever managed to hack computers or learn languages... 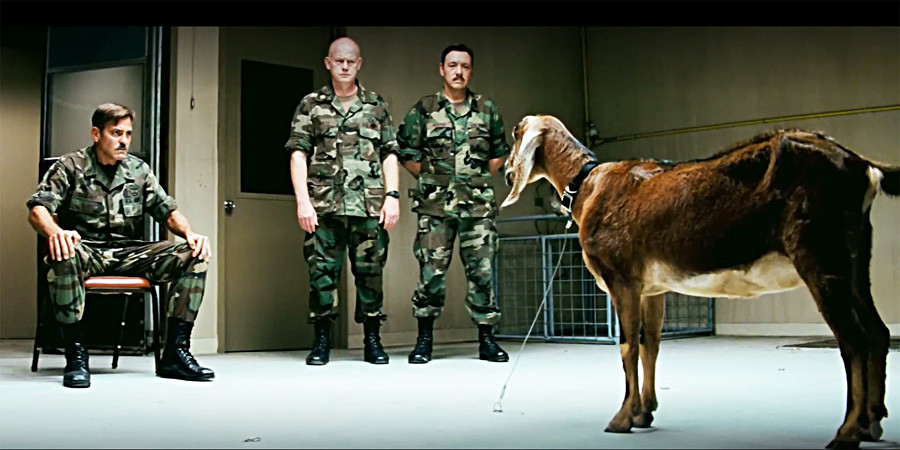 Soldiers from The Men Who Stare At Goats movie might also be great parapsychologists.

One could be forgiven for mistaking Poroskov’s article for a sci-fi movie plot, and many were surprised to see the text in the Russian Defense Ministry’s magazine.

“Military parapsychology exists; there was a breakthrough in the 1960s – 1980s, when the Soviets Academy of Sciences tried to uncover phenomenal human powers… There are attempts to revitalize the groundwork of that time now,” Anatoly Matviychuk, head of Soldaty Rossii (“Russia’s Soldiers”) magazine’s analytical department, said (link in Russian).

However, many scientists are skeptical of such claims. Evgeny Alexandrov, who heads the Russian Academy of Sciences’ Commission on Pseudoscience, has dismissed parapsychology: “Works [that describe military parapsychology] existed in reality and were classified… But Russia, as many other countries, [now] considers such research anti-scientific, it’s just rubbish.”

Alexandrov called parapsychology “fairytales” and said there was no evidence proving it works: “It’s just impossible. [All the research on parapsychology is] just a way to pull money from the state budget. Russia put an end to this in the early 2000s when it dismissed Military Unit №10003 that studied different anti-scientific things,” the scientist added. 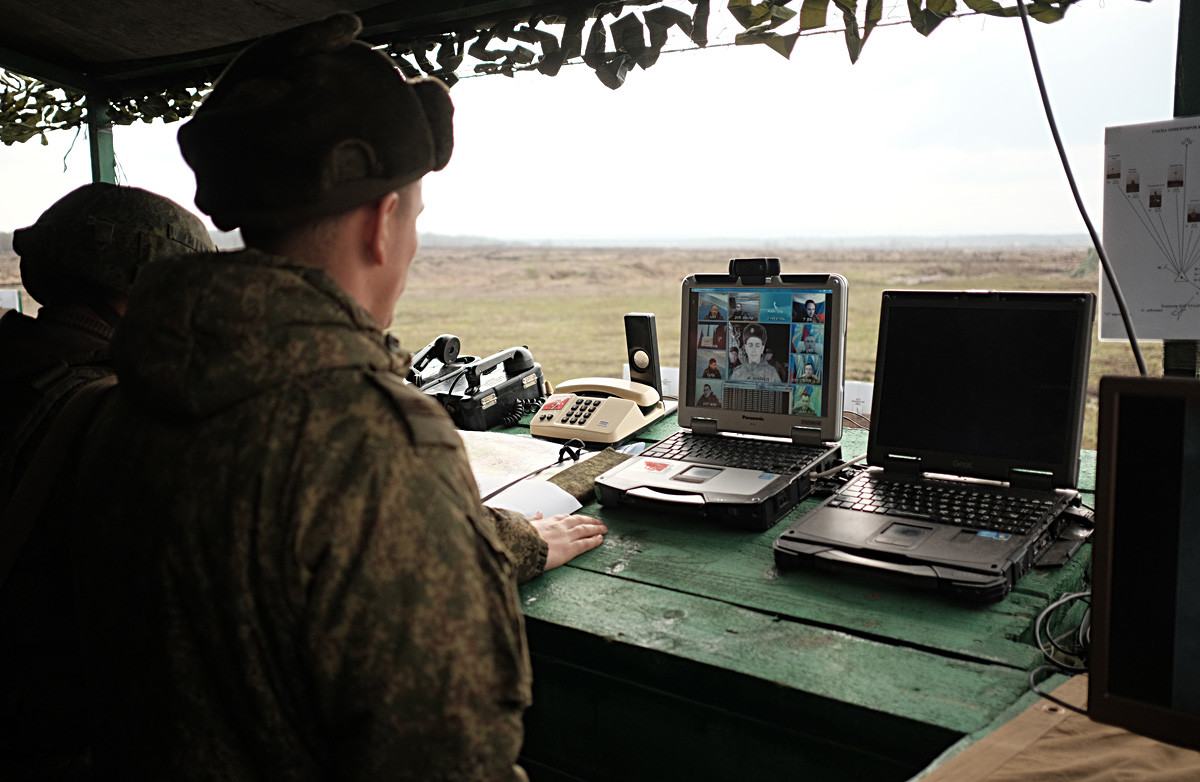 This one, for a change, is a photo from a real Russian military drill. Nothing special about it - no psychics, no aliens.

Military Unit №10003, mentioned by Alexandrov, was an organization established within the Defense Ministry in the late 1980s during the Soviet Union. It enjoyed strong financial and political support from the government.

“Our goals were to analyze psy-war programs of the U.S. and other NATO countries, develop our methods of energy-information impact on the enemy, protect our leaders from psy-attacks and so on,” explained the former head of Military Unit №10003 General Alexey Savin. To do this, they studied different cases of psychological techniques and paranormal human skills around the world.

Savin says that in 1991, Mikhail Gorbachev even sent Soviet psychic soldiers to establish contact with aliens. “A famous psychic called Mark Milkhiker wrote to Gorbachev claiming that one day in June a spaceship would land in the Kyzylkum desert (between Kazakhstan and Uzbekistan) to contact us,” recalls Savin. “We went to Kyzylkum with our guys… waited all through the night by a fire but the UFO never showed up.”

At the same time, he claims, they accomplished many tasks, like helped to find terrorists during the Chechen War (1994-1996), mapped minefields, and aided the Serbs during the bombing of Yugoslavia by tracing NATO’s attacks. “Still, we are not allowed to reveal everything,” concludes Savin.

Still, scientists were not impressed and considered most of what Military Unit №10003 did an extravagant waste of government money. In 1999, the Commission on Pseudoscience called on the state to investigate the “the use of fundamental laws of nature not known to traditional science… including projects the military unit №10003 works on.” Soon after, in 2003, Russia shut the unit down.

This doesn’t mean that there aren’t believers in Russia who are sure that somewhere in the secret laboratories there still are psychic soldiers protecting the Motherland: the article by Poroskov proves it. Traditional science, however, dismisses aliens and mind-readers, and says so-called psychics are just charlatans.