Can this beluga whale really be a Russian spy? 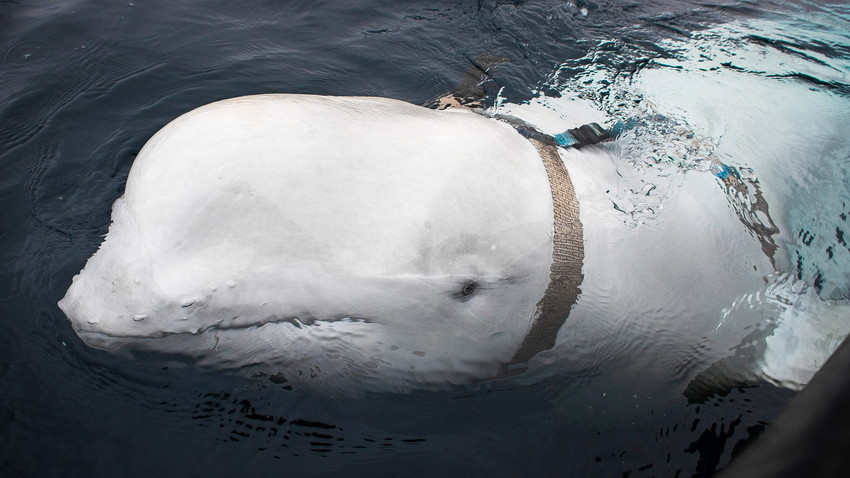 Fiskeridirektoratet
The friendly mammal was spotted in Norway’s waters wearing a harness allegedly made in St. Petersburg, now everyone thinks it’s a secret agent... not even Ian Fleming could have made this up.

Fishermen near the island of Ingøya in Norway’s Finnmark country recently spotted a beluga whale wearing a harness. It was following them and trying to pull the straps hanging from the sides of their boats. The whale was obviously no stranger to humans.

The beluga’s harness looked like it was designed to hold a camera, and officers from Norwegian Directorate of Fisheries managed to take it off before the whale disappeared into the murky depths. “Equipment of St. Petersburg” was written on the harness, leading “Norwegian experts” and some Western media outlets to suggest the beluga is some sort of Russian weapon… seriously? 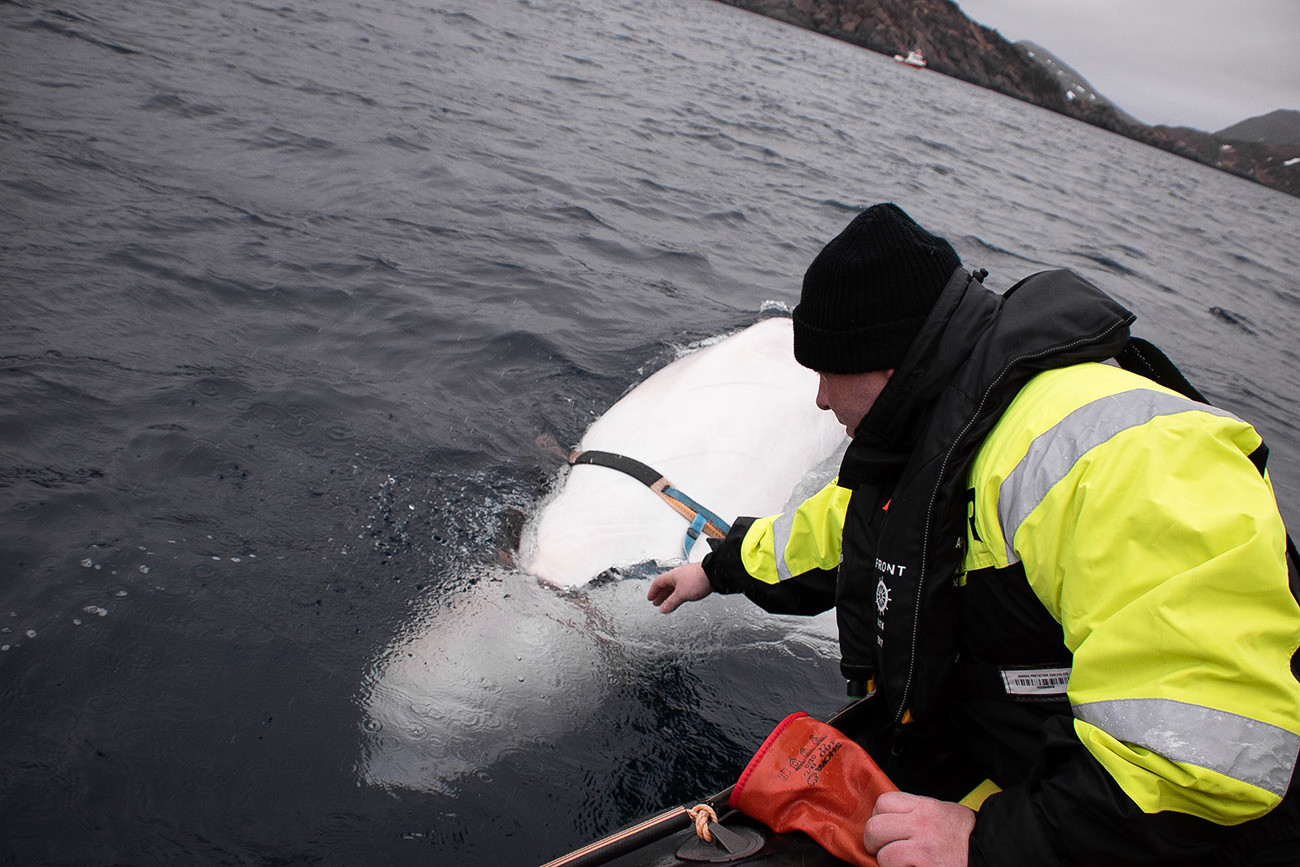 Dolphins and seals were indeed trained by the Soviet and Russian navies to carry tools for divers during underwater repairs of boats and submarines, but the military stopped using the mammals to launch attacks long ago. Russian experts say it’s too expensive and not very effective to use dolphins and whales because they’re highly independent sea creatures and hard to train.

Russian authorities and the Navy have not commented on the incident. However, scientists from the A.N. Severtsov Institute of Ecology and Evolution in Moscow told the BBC that the Russian military does still work with a limited number of white whales, but not in a combative role. 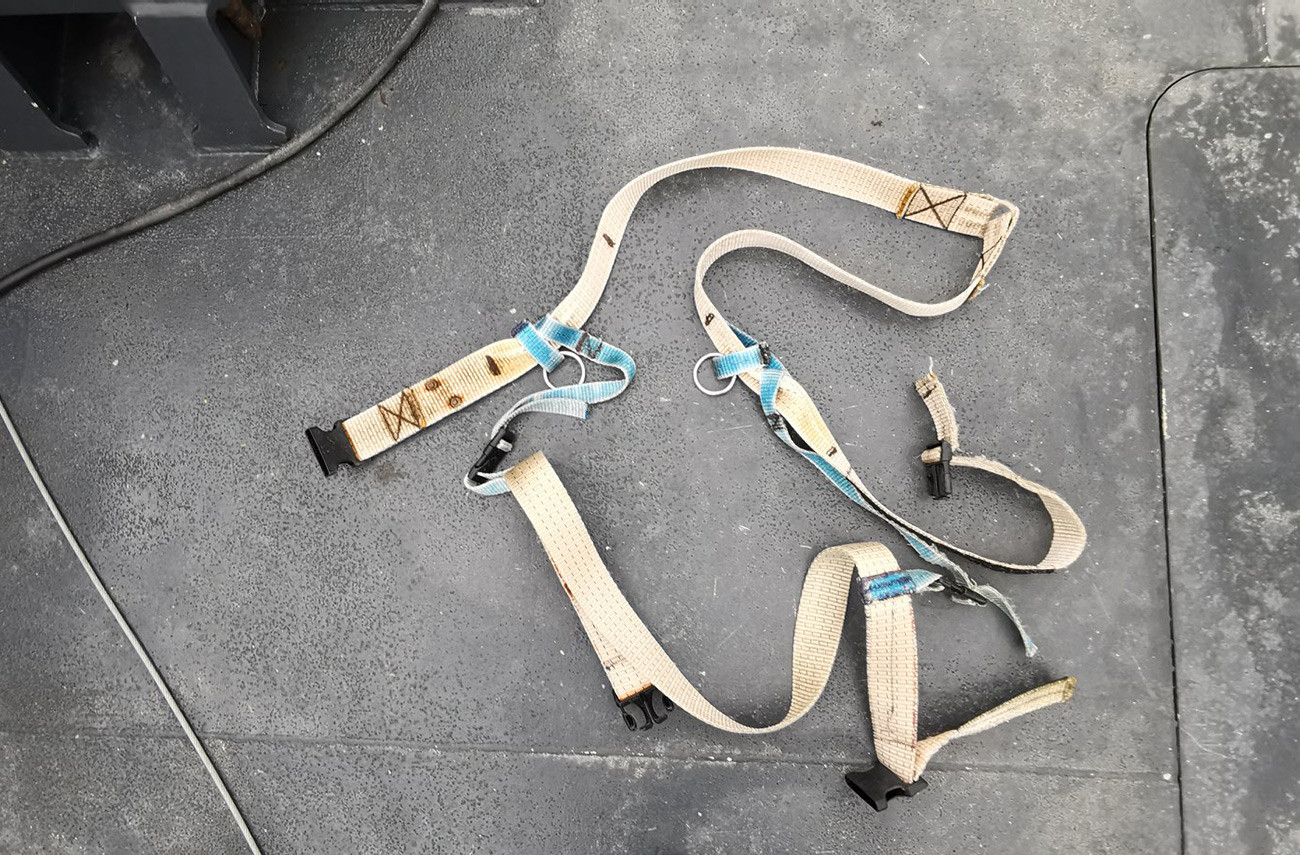 Meanwhile, Russian Telegram channel “Baza” spoke to staff from the St. Petersburg company that’s thought to have produced the harness. A source in the company confirmed that the model of the harness was made before 2010. They also said that belugas are usually used for searching and locating sunken ships and equipment.

So, if you owned a military grade beluga trained for secret missions, would you write where it came from on its harness??