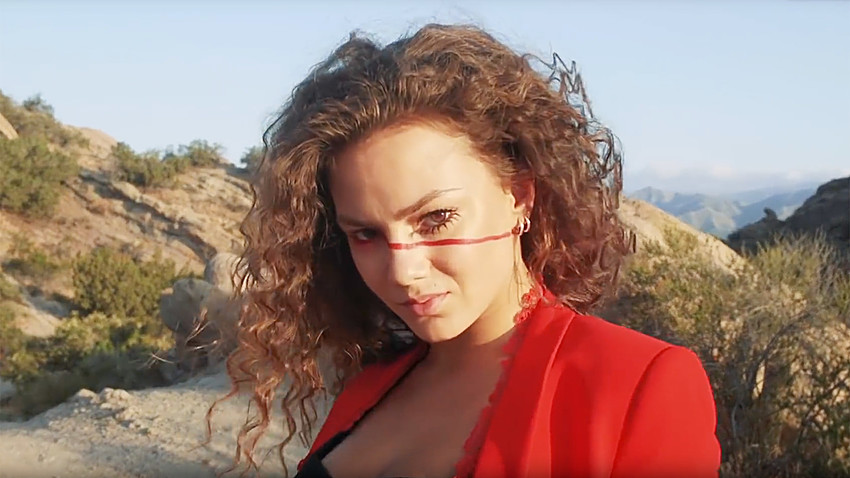 Polina Glen/youtube.com
The 27-year-old go-go dancer and model from St. Petersburg is apparently living with the actor in Los Angeles.

“She was just chilling at the party and didn’t know who he was when he came over to introduce himself” – this is how a Daily Mail insider described the first meeting between Polina Glen, a young Russian dancer, and 55-year-old actor Johnny Depp in 2018.

How is it possible not to recognize one of the most famous men in the world? Well, according to the tabloid’s source, Russian girls have no clue about actors, plus people always look different in person. Buy it or not, right now a dancer who was unknown until a few months ago is getting a lot of attention from Depp’s fans. So, who is she?

Polina Glen was born in Kazakhstan, and shortly after her family moved to St. Petersburg. She studied electrical power installation at St. Petersburg’s State Polytechnic University, but has never worked as an electrical engineer.

She became a dancer instead, opened her own dance studio, and became one of the top go-go dancers in Russia.

Polina also started her own company selling herbal tea from the Karelia Region in Russia’s northwest. What’s more, she’s also a qualified travel guide and Italian translator, not to mention the winner of several beauty contests.

When she turned 18 she moved to Los Angeles, where she took part in a dance project called “Playground LA.” Polina was trained by choreographer Tevyn Cole, and it wasn’t long before she got noticed by American agencies.

The couple have so far managed to keep their relationship a secret, despite some gossip. Eyebrows were raised when Polina was seen walking near Depp in May 2018 while he was touring with his band – The Hollywood Vampires – in Moscow.

“Her private life is her business. That’s why I can’t say anything about it. I don’t know if she’s happy or not, she hasn’t told me,” her father, Gennady Glen, said.

There’s also no word about Depp on her Instagram account. Nonetheless, the tabloids say that Polina has been living with the actor at his Sunset Boulevard mansion and that marriage is imminent. Apparently Depp can’t wait to return to Russia to meet her parents.