Is Russia a Muslim country? 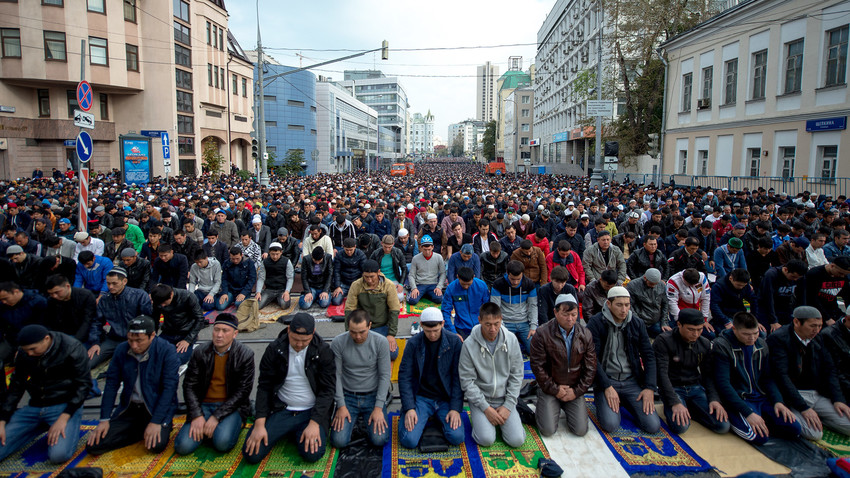 AFP
This doesn’t seem obvious at first sight but Islam is among the most important religions in Russia – with the greatest number of adherents after Orthodox Christianity.

One of the most prominent Muslim officials in Russia, Rawil Gaynetdin, who heads the Russian Council of Muftis, sparked quite a controversy in March 2019 when he stated that the number of people converting to Islam would grow in the country during the next several decades. “According to specialists whose competence is beyond doubt, in 15 months about 30% of Russia’s population will be Muslim,” he said.

According to recent polls by the FOM research organization, Muslims now amount to only 7% of the population (which is around 10 million people) – though several Muslim organizations criticize the assessments as undervaluing the number of the faithful. Thus, the alleged growth of up to 30% raised some eyebrows. Nevertheless, a fellow cleric from the Orthodox Church backed Gaynetdin’s opinion. 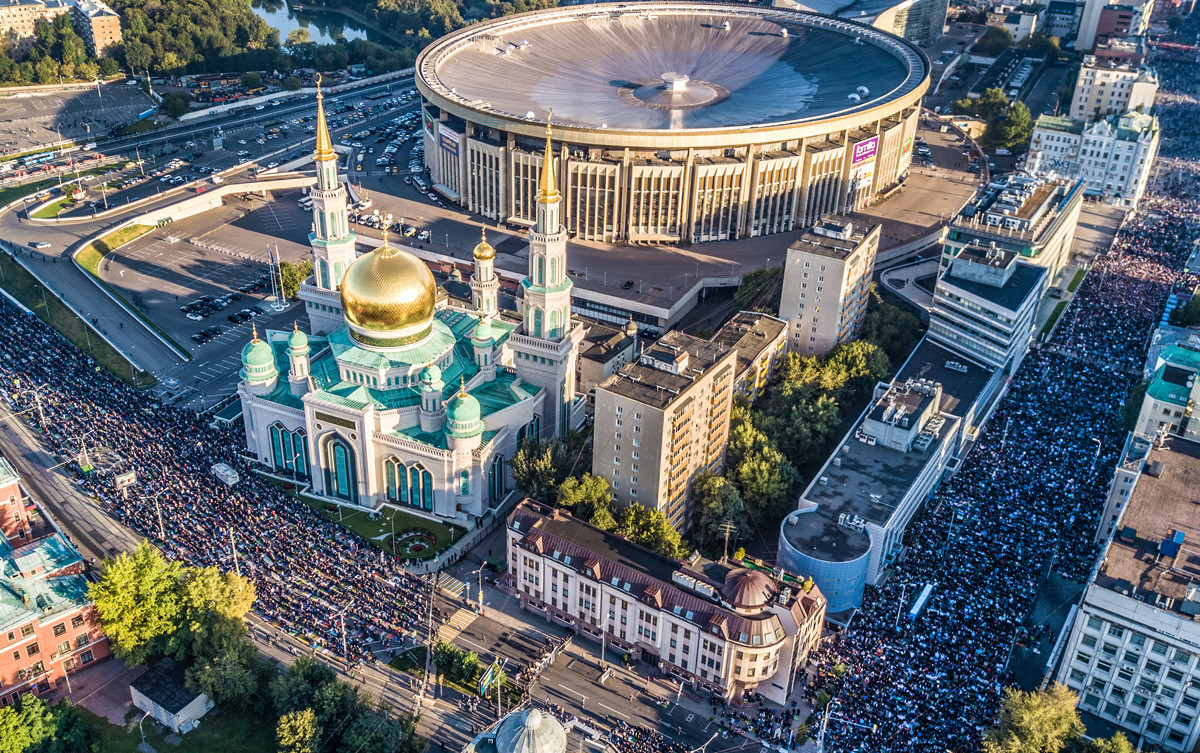 Members of Russia's Muslim community praying in a street outside the Central Mosque during Eid al-Adha. There are only four mosques in Moscow so they are crowded during the big Islamic holidays.

“That’s about right. Muslims are giving birth to more children [than Orthodox Christians]… The Chechens, the Ingush [predominantly Muslim peoples from the Northern Caucasus] have about eight children per family,” said Dimitry Smirnov, the head of Patriarchal Commission on Family, Protection of Motherhood and Childhood. “Russia will run out of [ethnic] Russians by 2050. There will be other peoples living here – Chechens, Ingush, Arabs,” he predicted.

Scholars, however, do not support Smirnov’s apocalyptic view on the matter. Boris Denisov, a demographer from Moscow State University, told 360 TV channel: “Such forecast is just ridiculous. Russians are no different from other nations in terms of giving birth to fewer children. By 2050, Chechens and Ingush will also have fewer children. That’s a global trend.”

Anyway, Muslims living in Russia are not some kind of unwelcome aliens who just came to push out the locals. In fact, chronologically, Islam appeared on Russian soil just as long ago as Christianity. 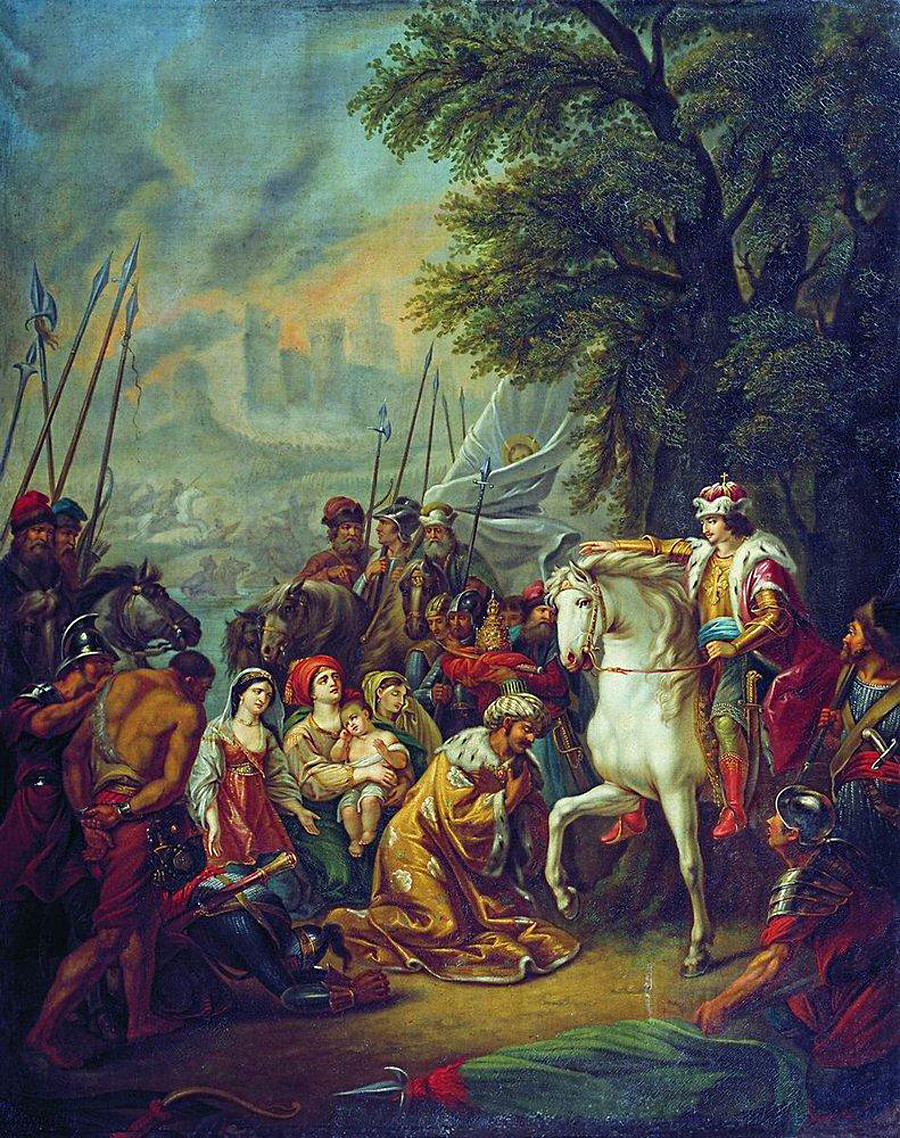 The Capture of Kazan by Ivan the Terrible on October 2, 1552 (oil painting by Grigory Ugryumov)

The city of Derbent in Dagestan (1,900 km south of Moscow) is Russia’s southernmost city, one of the most ancient, founded in the 6th century BC, and the first Muslim city on the territory of modern-day Russia. The Arabs captured Derbent in the 8th century and immediately made it a center of Islam in the Northern Caucasus. That happened long before the Russians, who at that time lived far up north and embraced Orthodox Christianity in 988.

Eventually, Rus (that’s how Russia was called back then) had to co-exist with its Islamic neighbors and it wasn’t always pleasant. The Golden Horde, a state founded by Genghis Khan’s descendants who forced Russians to pay tribute from the 1260s to 1480s, has been Islamized in the 14th century. Later, when the first Tsars were unifying Russia, they fought against Muslim states that emerged after the Golden Horde broke up.

That’s when Russia acquired its first Muslim population – in 1552, Ivan IV (Ivan the Terrible) seized Kazan, the capital of the Tatars, who even today account for the most populous of Russian Muslim peoples. In the 16th-18th centuries, Russia continued to conquer predominantly Muslim territories – around the Volga River, in the Caucasus, the Crimea and, later, Central Asia. The government often acted rather cruelly.

“Russian governors, along with the Orthodox hierarchs, were determined to eradicate Islam, and they demolished many mosques and killed many mullahs,” Caucasian Knot website writes. Fair enough: back then, every government acted alike, trying to impose their religion on new territories.

Only Catherine the Great in the 1780s established an official governmental body to equally treat the Muslims of the Russian Empire and let them be a legal part of society. Muslims witnessed the same stages as other non-Orthodox Christian religious groups in Russia: a brief period of religious freedom after the revolution of 1905, anti-religious repressions during the Soviet period in 1924-1991, and quite a liberal approach in the newly formed Russian Federation. 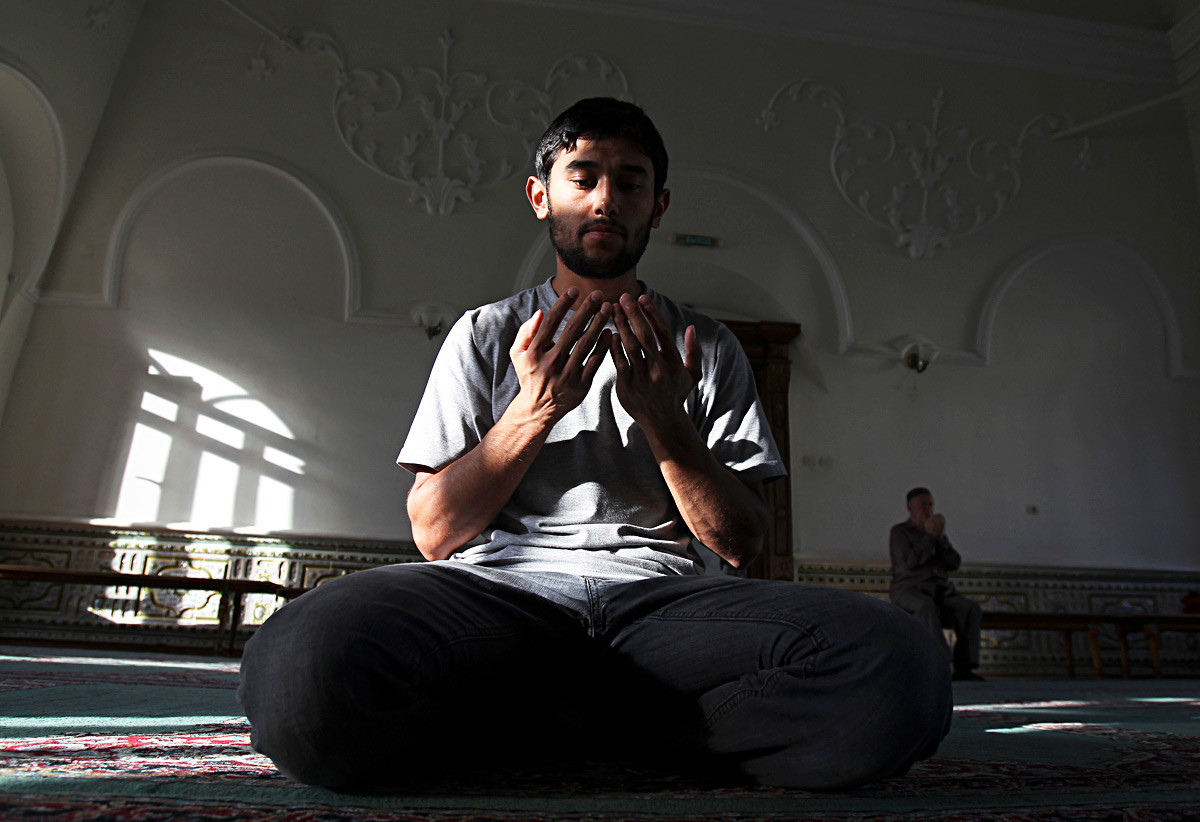 A man prays inside the Al-Marjani (also known as Marjani) mosque in Kazan.

Unlike Christians, Muslims in Russia do not have any centralized administration. This is a common feature for the religion: anyone educated enough, with good knowledge of the Quran and the Sunnah (the record of Prophet Muhammad’s life), can become a preacher and establish its own school.

“Russian Muslims consist of three groups. First – Tatars and Bashkir compactly settled in the regions of the Volga River and in the Urals; second – the Muslims of the Northern Caucasus; third – Muslim minorities spread all around Russia, including migrants from the Central Asian republics, Azerbaijan and the Northern Caucasus,”says Alexey Malashenko, research manager in the Civilization Dialogue center. “These groups are different ethnically, culturally and even religiously.” 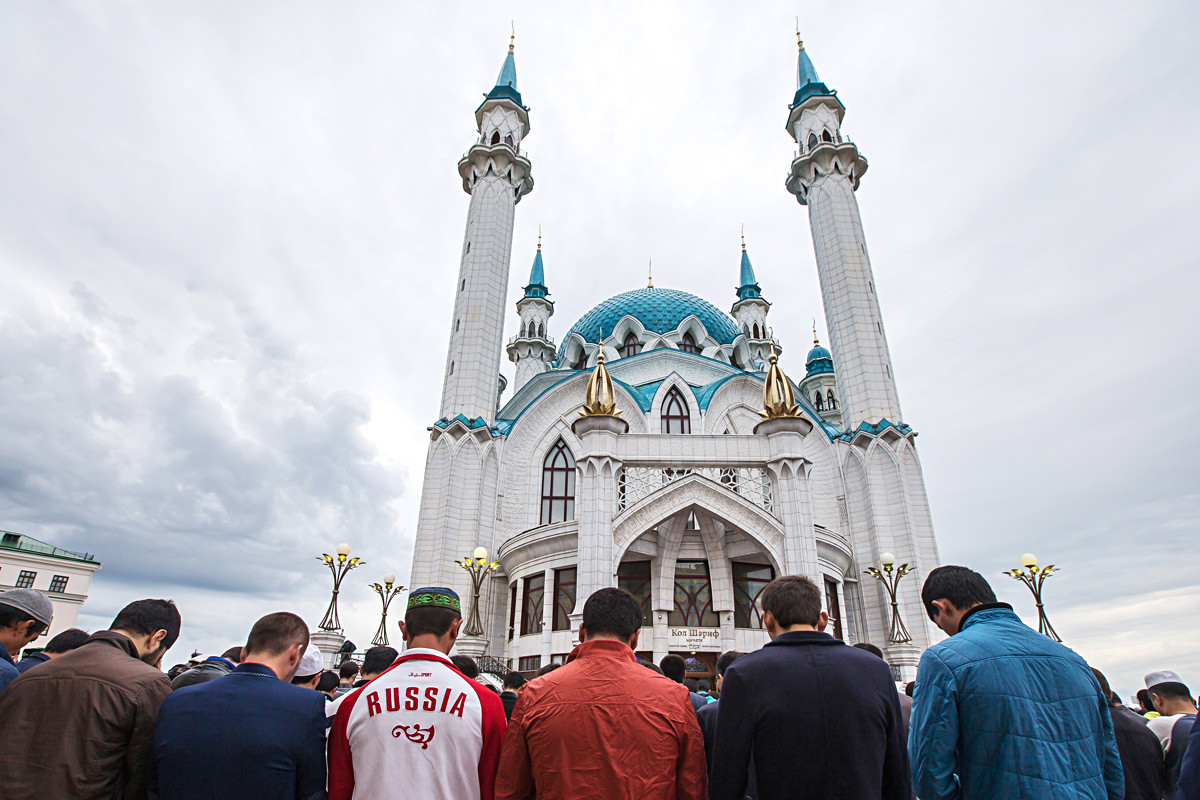 Nevertheless, all these groups use Russian as the language of communication and often in mosques (in addition to traditional Arabic). The common language builds a bridge between different Islamic groups, uniting them into a specific ‘Russian Islam’ where several common features can be found.

According to Igor Zagarin, an expert on religion and an associate professor at the Russian Presidential Academy of National Economy and Public Administration [RANKhiGS], Russian Muslims mostly adhere to the Sunni branch of Islam, predominantly interpreting it in a more moderate way than extreme conservatives, such as the Saudis.

Years of co-existence with the non-Muslim majority impacted Islam in Russia, making it quite tolerant. After all, Russia is not only Muslim, but also Orthodox, Catholic, Buddhist and so on, and all believers have to learn to live with each other.

Religion in Russia Russian history Russia in the context of Islam