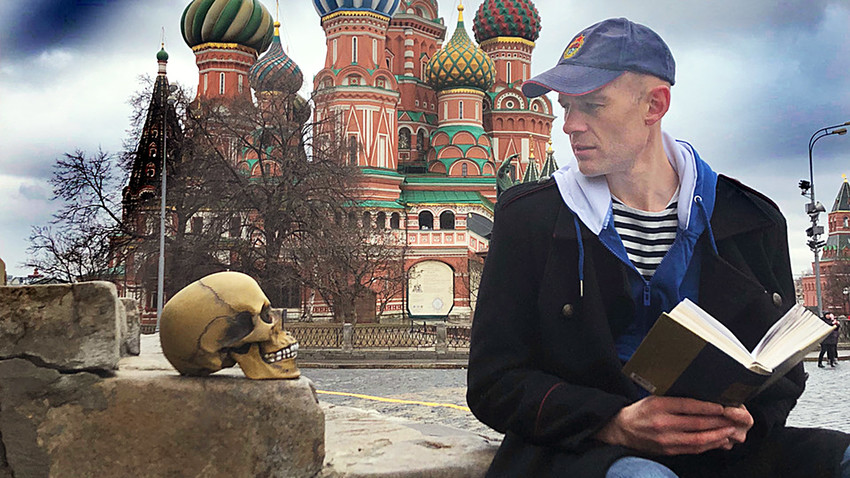 Personal archive
Russophile Brit Andrew Byron is presenting his own play ‘The Good Russian’ in an attempt to break stereotypes about Russians being exclusively gangsters and killers.

When British actor Andrew Byron walked into a pub in a remote town in England he noticed it was sprawling with foreigners. A whole rainbow of the nations working and living in England. That wasn’t a thing three decades ago when he was just a kid in that same town. But what struck him was there weren’t any Russians.

As a person who speaks fluent Russian and played mostly Russians in movies, Byron instantly started thinking about what a Russian would do, where he would work and how he would relate to English people. It all came down to writing a play about a Russian in England. About a regular guy – a striking difference from the Russian mobsters or thugs Byron used to play previously (29 of his 40 IMDB film credits are him playing a Russian). 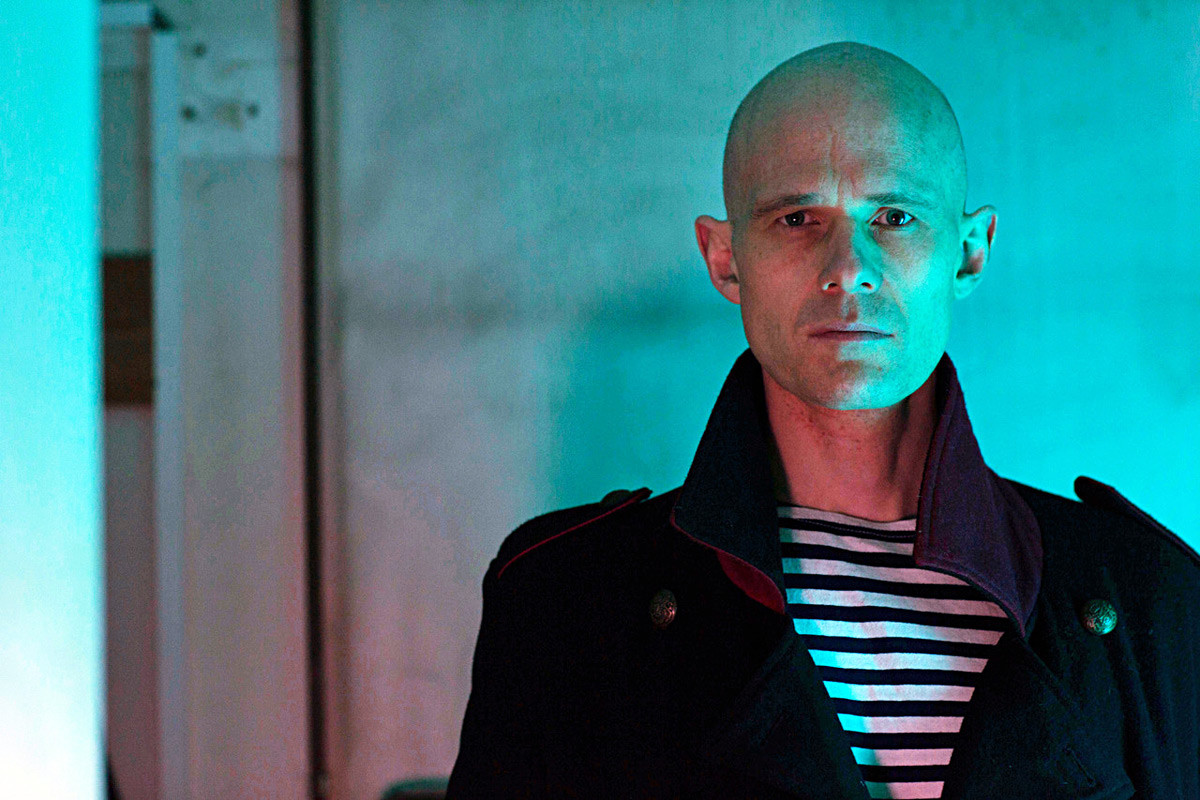 His play "The Good Russian", which premiered in London earlier this May, focuses on a guy named Innokenty who dreams of leaving a life of drudgery in Russia for acting glory in England – or so he believes. Innokenty comes to England and struggles to understand all the accents around: Yorkshire, Australian, American...

Andrew performs all the roles himself, jumping from one character to another, using his good ear and the ability to speak in different accents and voices.

He hopes his character Innokenty can change public opinion in the UK about Russians. But so far, it’s mostly local Russians who’ve responded to the show.

“They were so relieved to see that side being told. An Englishman telling a British audience that Russians are nice – for them it was ‘thank goodness’,” says Andrew.

It’s all started with a Russian woman…

Russia is a big part of Andrew’s life, he speaks the language perfectly without accent – so that no one believes he has no Russian roots. He also has many Russian friends (In fact, Innokenty is based on one of them) and loves to listen to Russian music.

And just like in a James Bond movie, it was a Russian woman who changed Byron’s fate. In his private school, a young Andrew Byron was among the few who chose to study Russian (Greek and German were among other options). Initially, he found the language was so difficult he couldn’t believe people actually spoke it. But then he was asked to show a Russian woman around at school. And that became a watershed moment. “I realized that it was a living language and I could speak it, albeit very badly at the time!” recalls Andrew.

Andrew’s father worked as a Russian translator for NATO, and at home, they had a few Russian things, such as a Kvarts film projector. Young Byron wanted to better understand Russia and the language that had shaped his dad’s life – and decided to keep on studying it. 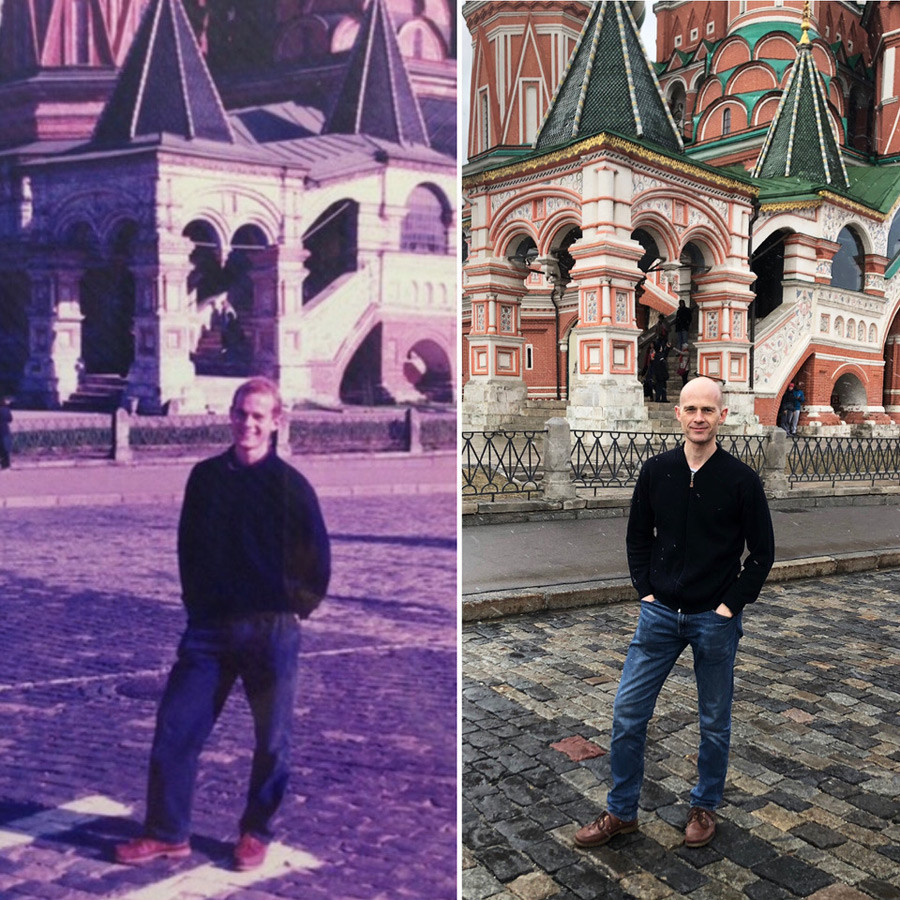 In the early 1990s, Andrew had arrived in his hall of residence at St. Andrews University he had enrolled in and came across a letter attached to the wall. It wasn't addressed to anybody in particular – it was just a Russian guy named Konstantin who was looking for a penpal in England. Andrew responded and a year later he set off to Moscow to meet the author of that letter. Andrew was amazed by how incredibly generous this guy was to him. Konstantin didn’t have much money, but he took the Englishman on a boat ride, then to museums and even the Bolshoi Theater, and made sure that Andrew had the complete Russian experience in Moscow.

Big success of a lazy student

Though Andrew admits he was a lazy student, he was obsessed with the language. He wanted to sound like a Russian, not just to get words right and in the right order: “I wanted to fit in and not to feel like a foreigner in a room with Russians.” After his third year at university he took part in an exchange program and went to the former Soviet city of Odessa (now in Ukraine) where he found a family to live with and ended up hanging with Russian-speaking Odessians. From that moment his Russian took off.

After university Andrew went on to study at The School of the Science of Acting in London and taught by Sam Kogan, a Soviet drama teacher (originally from Ukraine) who developed his own version of the Stanislavsky technique. While studying, Andrew kept visiting Russia regularly to perform at theater festivals. He also began playing Russians in movies – and most of the roles were… well, not the friendliest of characters!

Andrew thinks that all stereotypes about Russians in movies are based on what the Russians did in the past. Particularly, the whole thing revolving around criminal kingpins and Russian mafia in the 1990s. “It all came from the Cold War when the Soviet Union was the number one enemy, and was good at that. It’s a measure of how successful the KGB was. It was more than a match for the FBI and MI5 in terms of recruiting spies – they were better than us! But it obviously does not reflect all Russians.” 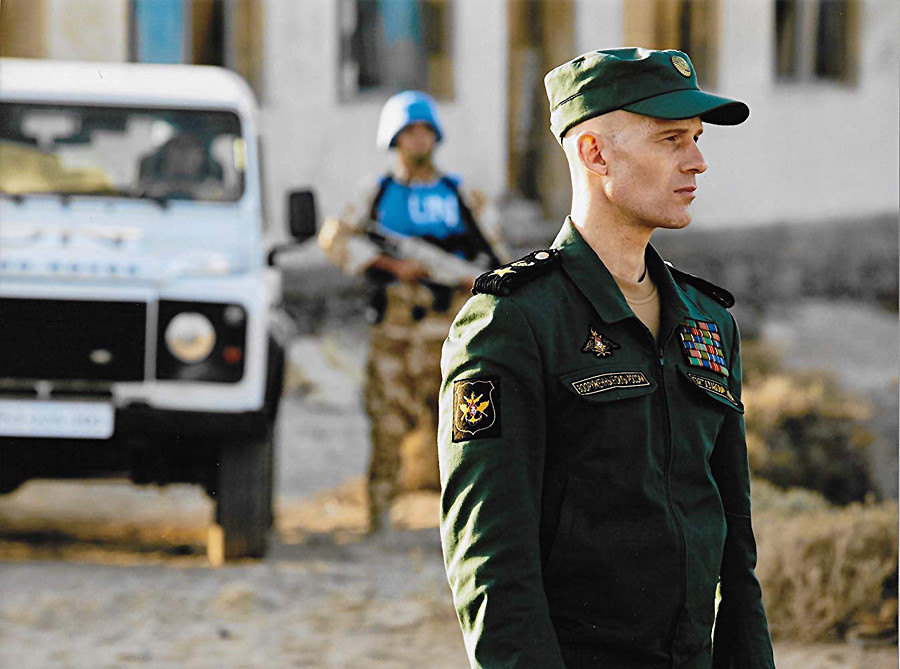 Screenwriters always need to create a sense of danger for the hero, Byron explains. Of course, there are nasty people in all nations but a bad Italian or Swede would never have the same resonance as a bad Russian – that’s how their thinking works. “They just don’t have any rules. If you say it’s a Russian who is going to kill a hero, people imagine that they will do unspeakable things to him,” he says.

How Russians changed his life

“Russians taught me to be more generous. You shouldn’t arrive empty-handed when you visit someone. I am not saying English people don’t do that, but I learned the value of generosity and helping people which is reflected in my play,” he says.

Andrew admits he sort of becomes another person when he speaks Russian. “The English Andrew Byron is well reserved, quite shy, and then there is ‘Andrei’ which is my Russian persona and he is more outgoing, chatty, daring and adventurous! As an Englishman, I am cautious, “Well, maybe, I am not sure,” while as a Russian, I am more like, “yeah, let’s do it!”

Another thing that amazed Andrew is that If Russians think you’re doing something wrong they will tell you off. “If I arrive at my Russian friends’ house and they see me wandering in my socks, they will tell me to put some slippers on. Or if I whistle they can tell me to shut my mouth! Which an English person would never do, only ever asking quietly, ‘would you mind not doing that?’ A Russian would just say, ‘Stop it!’ And when I speak Russian I started doing this as well!” 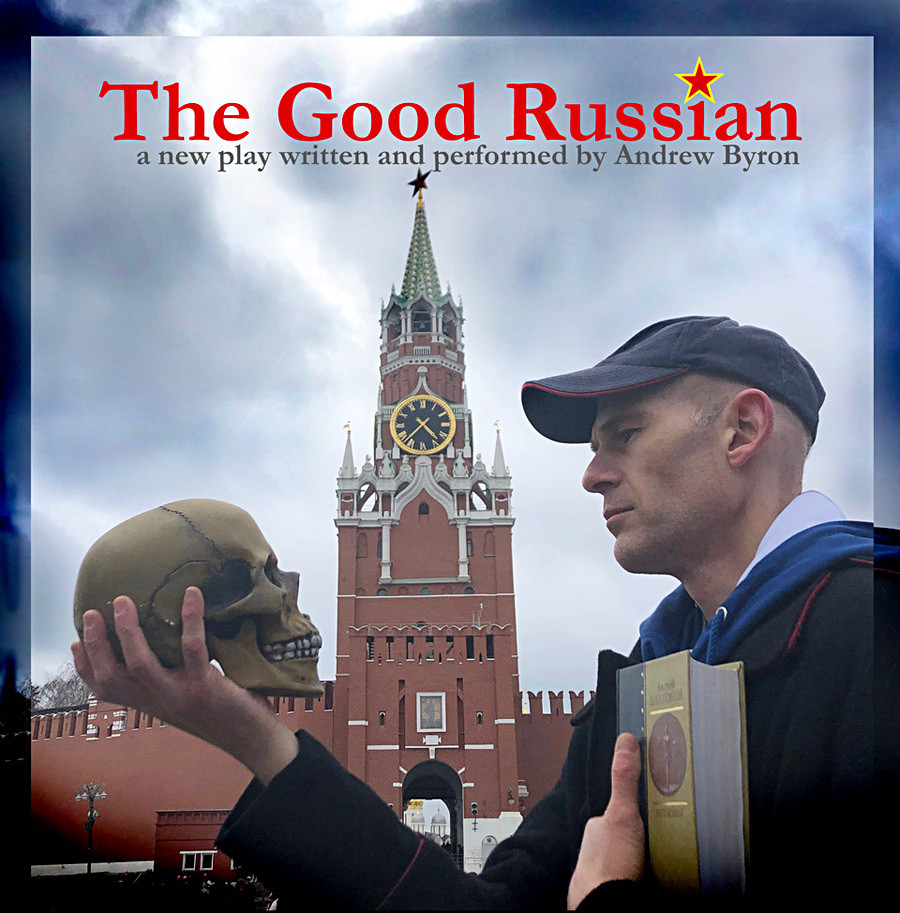 Andrew says it doesn’t get very hot or very cold in Britain and like the weather, Brits are always somewhere in the middle, even mentally. While in Russia there are so many extremes of geography, climate and history. “Extremes of hardship and nastiness if you remember gruesome moments of history and on the other hand extremes of generosity and care and self-sacrifice – if you think about Leningrad during the Siege, Battle for Stalingrad and the whole Russia’s second world war. And then how people survived communism, how people helped each other,” – he concludes.

Where to see The Good Russian: