How Russians changed my life: Zizo from Brazil

Lifestyle
Zizo Asnis
Personal archive
Zizo Asnis works as an editor and writer in Porto Alegre, Southern Brazil – but he has Russian roots. He writes travel guides for cities in countries all around the world, but Russia became a very special destination – the country was the setting and the inspiration of his first narrative travel book – Trans-Siberian. He told Russia Beyond why tourists should visit the Perm-36 Gulag, why Russians are tough but in a good way and why making pelmeni is a great experience.

Before my first trip to Russia, I realized that my expectations were really high: my grandparents were Russians and I’d always wanted to visit their motherland. I knew a lot about Russian culture and even tried some Russian dishes, which my grandmother used to cook. I write travel guides and I’m used to reading a lot of them! Good ones about Russia contain a lot of historical information. So I thought I was ready and prepared. But after I arrived in Russia in 2004, my trip turned into a true adventure - and even taught me some survival skills.

Conversation is not about words only

Like an ordinary tourist, I decided to visit Moscow and St. Petersburg first. There is no language barrier in big Russian cities: it’s not difficult to find someone who speaks English (although it was much more difficult during my first trip than now!). For example, some cashiers at train stations can’t understand foreigners, but there is always another way to communicate: you can just write down your destination. Most Russians can read Latin letters. 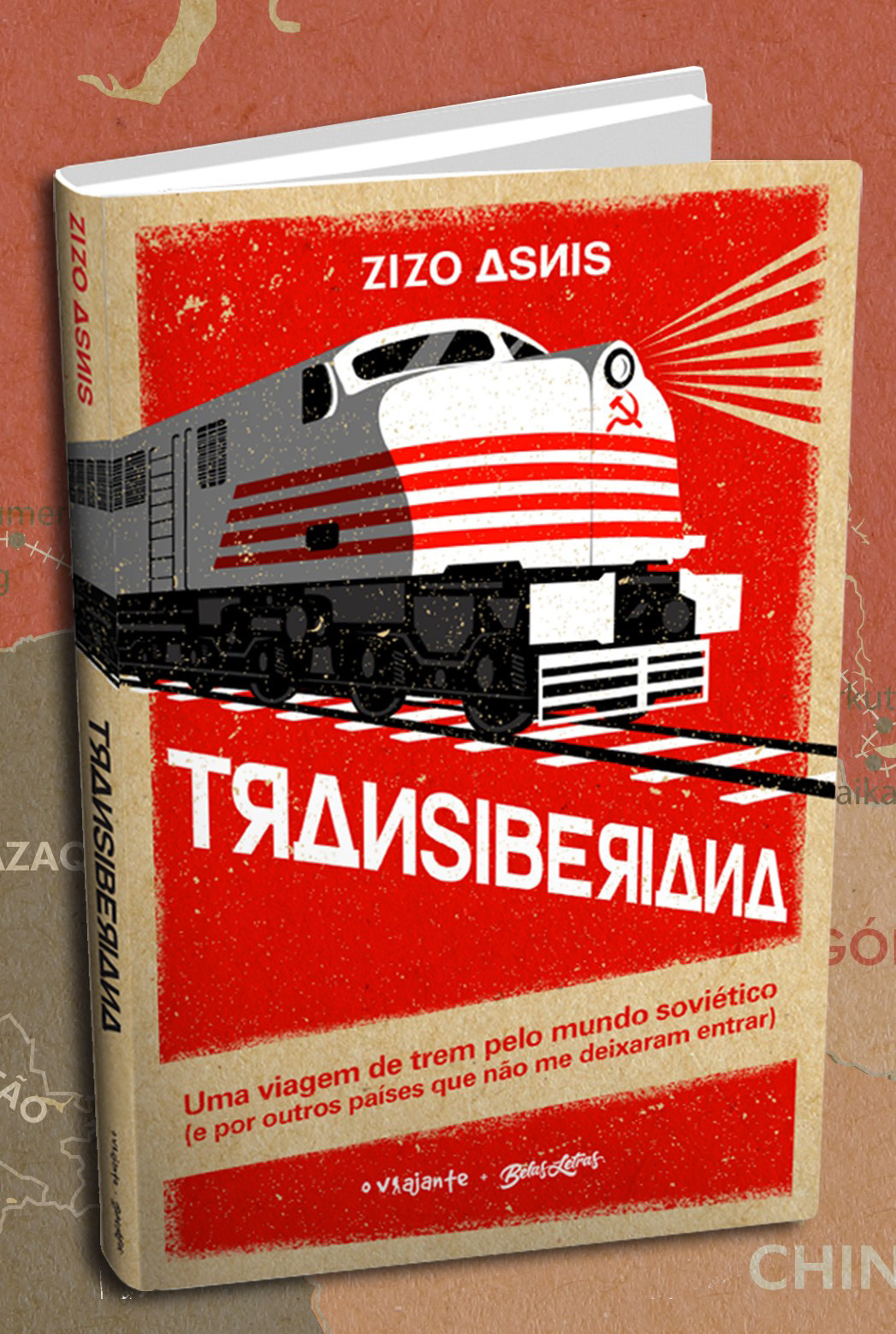 “Transiberiana – A train trip through the Soviet world (and other countries that would not let me in)”, Zizo's travel book about Russia

But it’s different in the countryside and it’s also a good challenge: during my trip to Siberia, I learned how to use gestures to communicate. Some people on the train couldn't speak English, but in Russia you realize: the conversation is not about words or language only.

I think to survive in Russia, in general, you shouldn’t be shy. You have to talk to people, ask silly questions (they will help you with any need, regardless). Just go and talk! It is part of the experience. And Russia is all about the experience. I don’t believe anyone can understand or have an idea about Russia just by reading books and learning its history (although, that is a big part). It is impossible to understand the Russian mentality outside the country.

Tough in a good way

Russians are unique and different because of their history and geography. I think the image of Russians as hard and tough people is connected to their history. Just imagine Tsars, communists, Stalinism, the Iron Curtain and isolation all in just 100 years. And then there’s the geography and the weather: to survive in this climate, people are forced to be tough - but tough in a positive way: always willing to help. 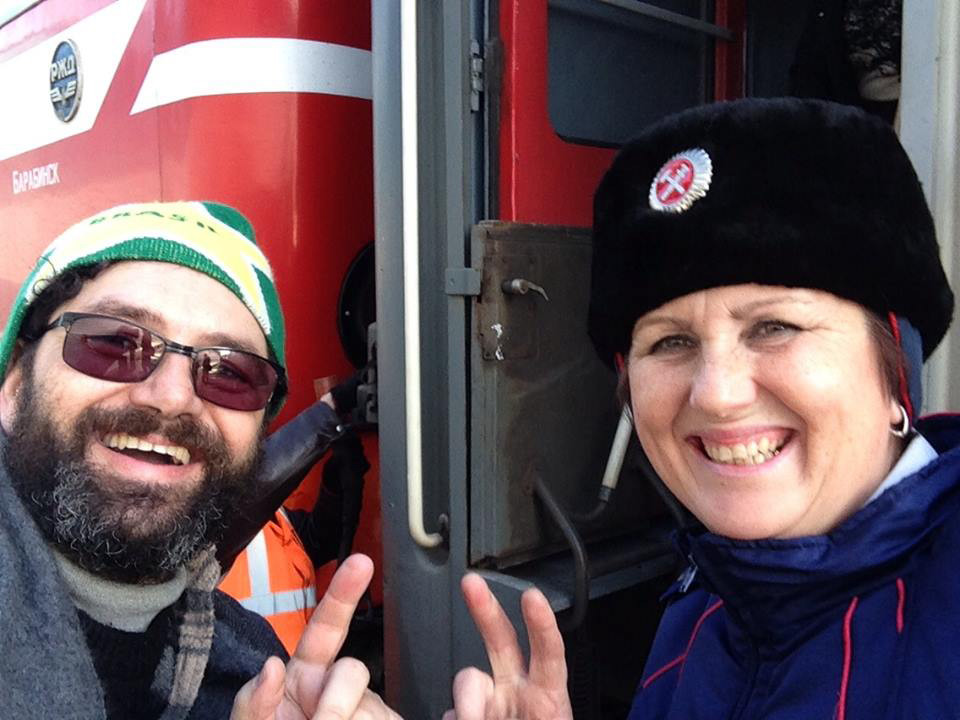 With a nice 'provodnitsa' (Russian word I learned in the train)

I have met a lot of nice people in Russia. Actually, most of the people I met there were very nice. After my first trip to Moscow and St. Petersburg, I realized I should travel more in the country, go deeper into its huge territory. It was only natural for me that my second time I would take the Trans-Siberian Railway (My book about this journey is published in Portuguese now and I hope one day it will be translated into Russian).

So I went on this legendary train in October, 2015. At my first stop, the city of Perm, I met Alexander, who owns a small travel agency in town, and together we went to the Museum of the History of Political Repression – Perm-36 (a Gulag Museum). 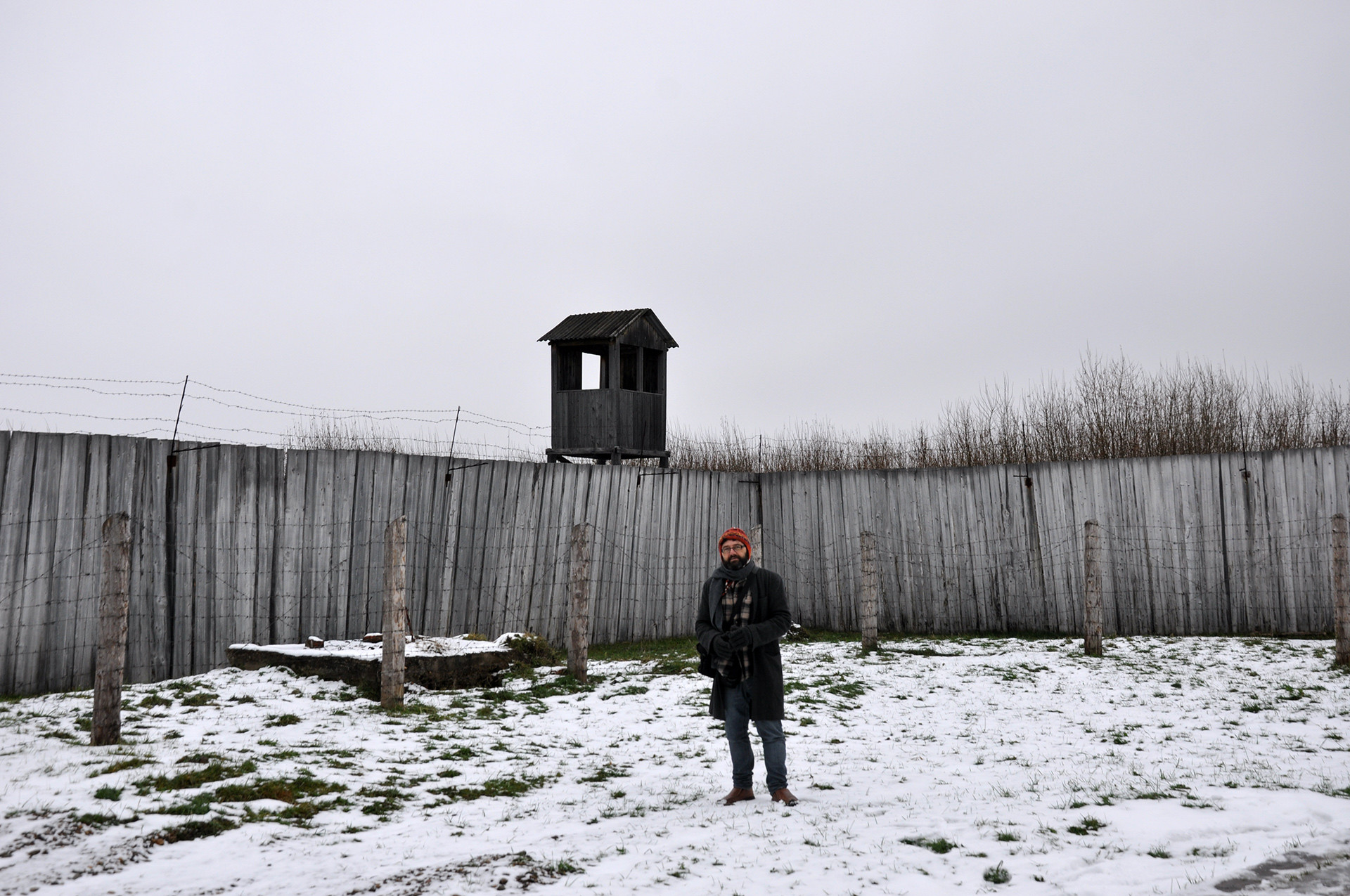 I believe this is a place that every tourist who is traveling in Russia (at least in Siberia) should visit. I was surprised to hear that not many Russians know about this Soviet forced labor camp of the Stalin era. Thanks to the Russian guide, plus Alexander’s translation, I could understand everything and I can say for sure: only if we know the black pages of history, only if we know what “historical evil” looks like, only this way we won’t make it happen again (like Nazi concentration camps, such as Auschwitz, for example). 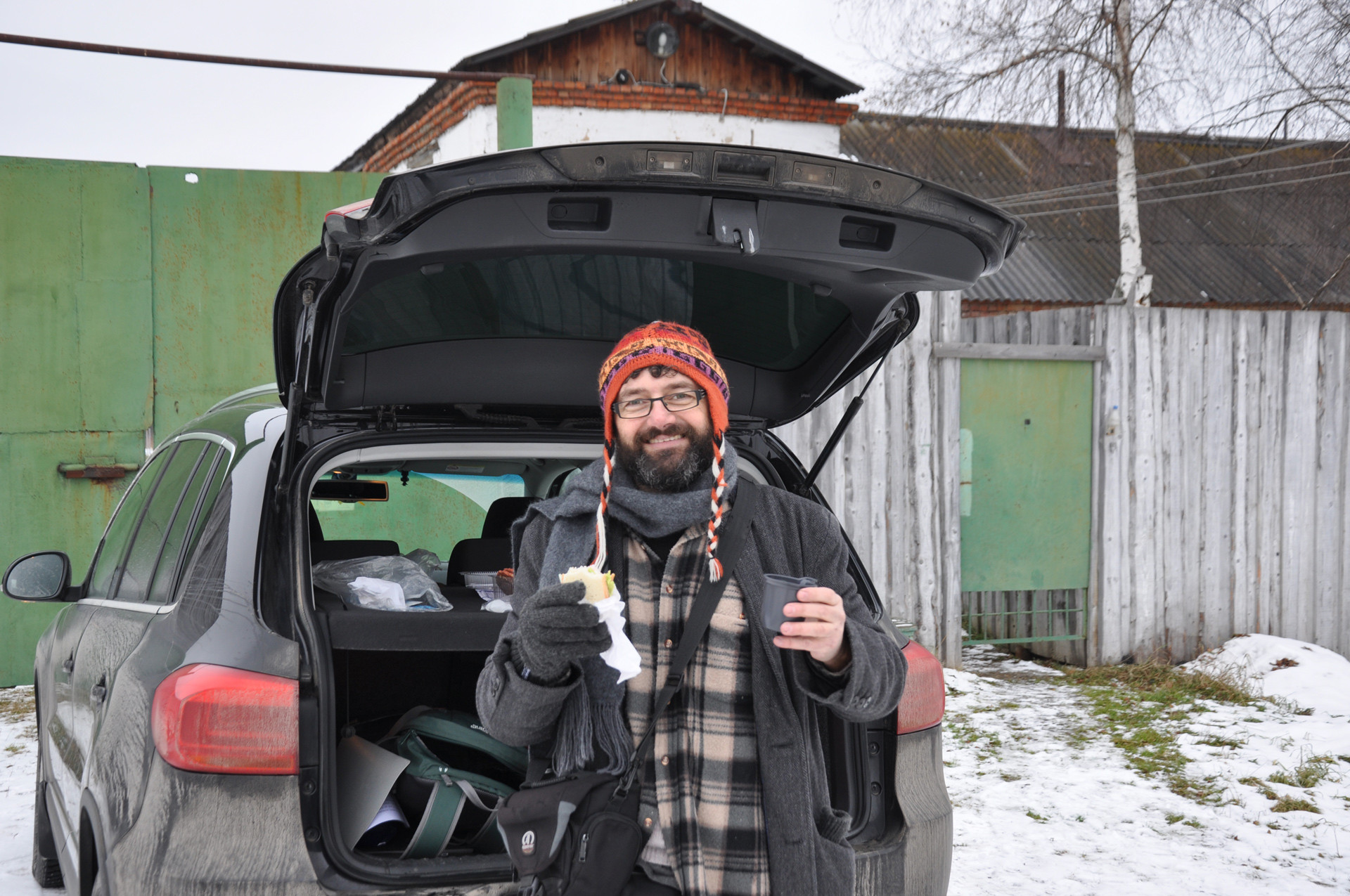 In Perm-36, having a sandwich as lunch

That day, October 25, was my birthday, which I had briefly mentioned to Alexander. And I was so surprised when he invited me to his place, where his fiance and his future mother-in-law had prepared a whole party for me with a cake and happy birthday songs! I met this guy just a few hours before and yet they made me feel like I was celebrating with my Russian family! 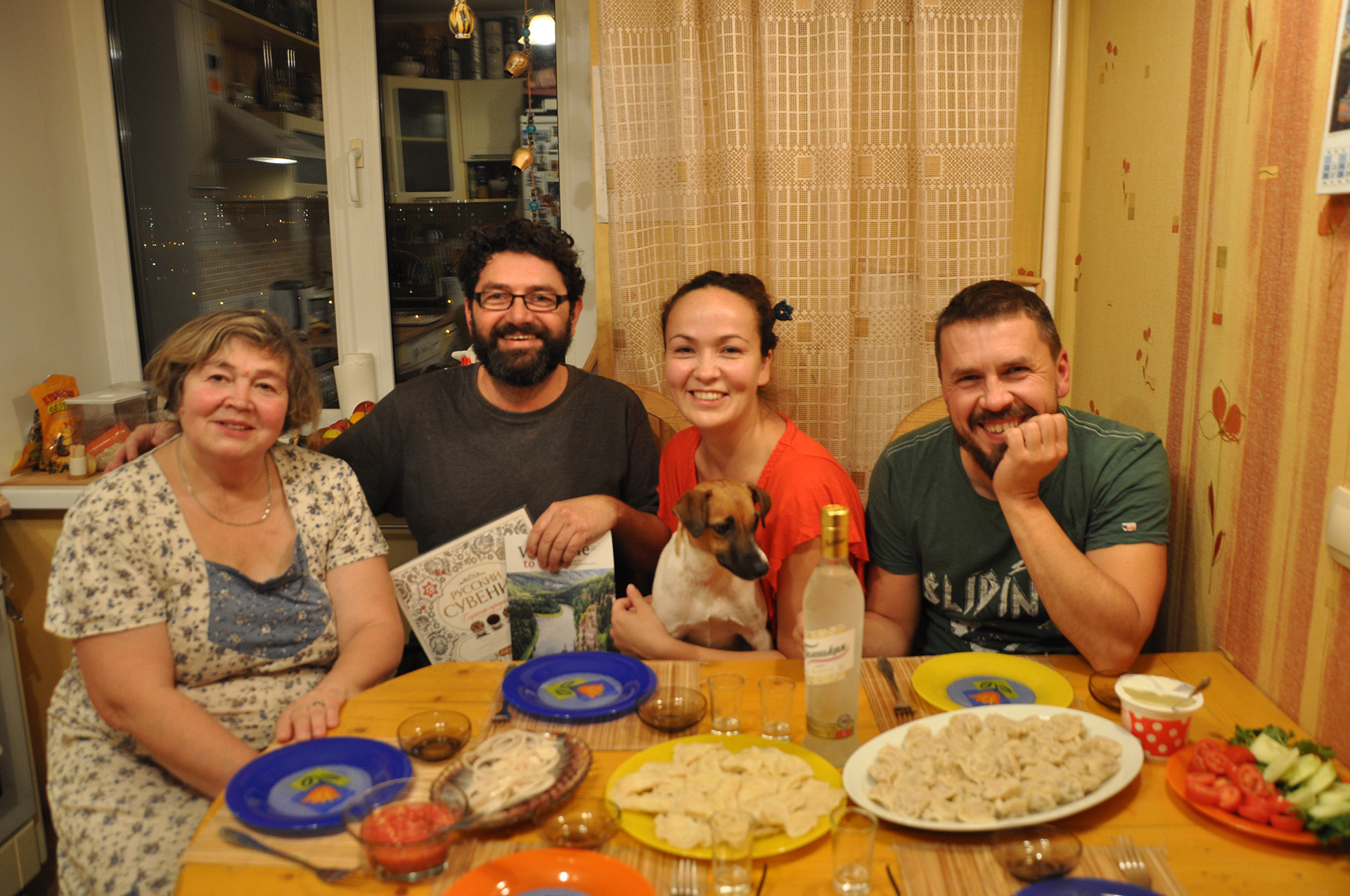 Birthday dinner with my Russian 'family'. On the table, the pelmeni I helped to prepare

That day I was taught by the Russian mom how to make pelmeni (dumplings). It is a very unifying process: you prepare the meat and dough all together in the kitchen! I have tried a lot of Russian dishes before thanks to my grandmother, I know what pirozhki. bliny and borsch are all about. But making pelmeni was just a great experience!