What breeds of dogs serve in the Russian police?

Lifestyle
Ksenia Zubacheva
Valery Matytsin/TASS
Could your Jack Russell or spitz serve in the police? Canine experts say that almost any dog ​​can be trained for police work, but some breeds are more suited than others.

A dog is man’s best friend not only in everyday life but in the fight against crime. In June, Russian dog experts (a.k.a. cynologists) celebrated their professional holiday. It was 110 years ago (June 21, 1909) when the first Russian training ground for police dogs opened in St. Petersburg, since when they have been literally snapping at the heels of criminals and maintaining public order.

Today, Russia has about 200 dog centers and about 14,500 cynologists. As stated by the head of the Center for Cynological Support under the Russian Interior Ministry, Police Colonel Sergei Kachkin, throughout 2018 and the first quarter of 2019, dogs helped solve thousands of crimes, including 500 murders, 725 cases of grievous bodily harm, 21,000 thefts, 3,628 lootings, 1,330 robberies, 11,662 drug offenses, and 1,664 violations related to the trafficking of arms, ammunition, and explosives.

The main tasks of police dogs have remained unchanged in over a century. They take part in investigative work, protect members of the public, and help detain criminals. Professional dog ​​handlers say that almost any dog, regardless of breed, can be trained for police work. The main qualities are aptitude and interest, which some breeds possess more than others and are thus more commonly used in police operations. Here’s the Top 6. 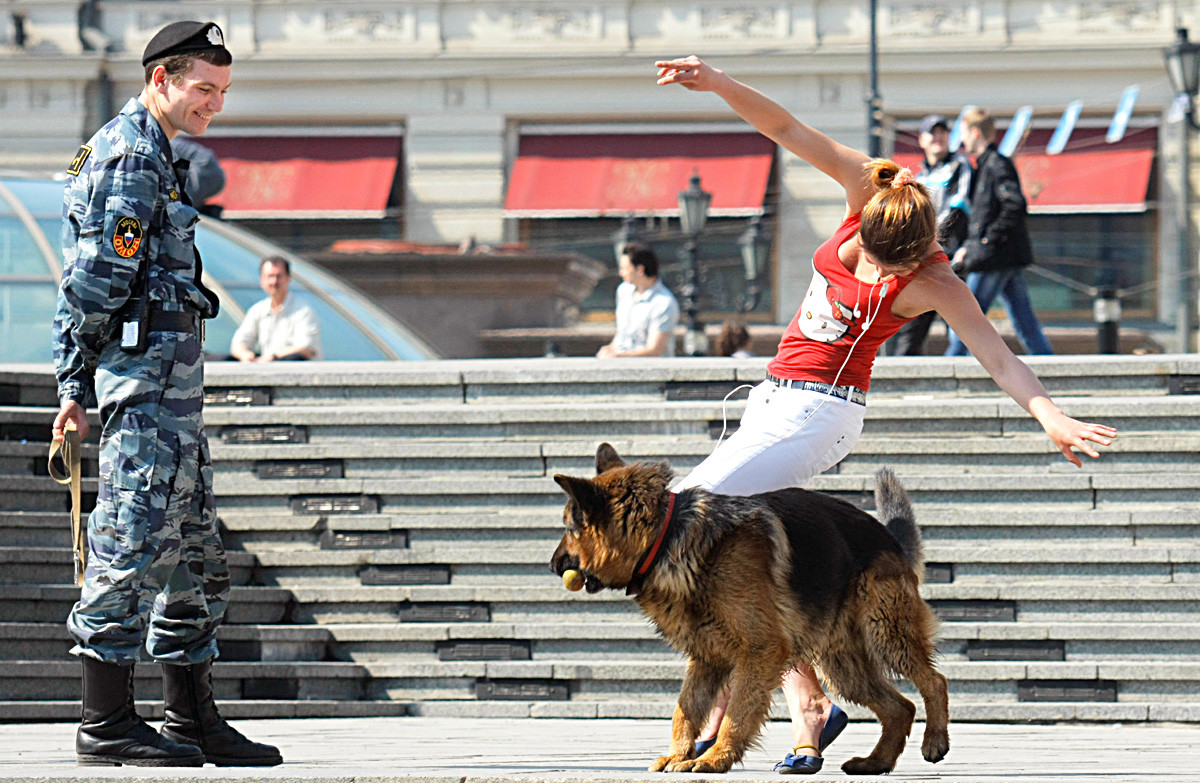 German Shepherds, or Alsatians, have historically been and remain the main assistants of the police force in Russia (and many countries worldwide). Highly versatile, they account for around half of all detection dogs in Russia They are equally good at searching for drugs and explosives, and apprehending and escorting criminals. Moreover, German Shepherds are well suited to harsh weather conditions. According to a cynologist from Novosibirsk, Rottweilers, for instance, are far less suited to Siberian conditions than German Shepherds. 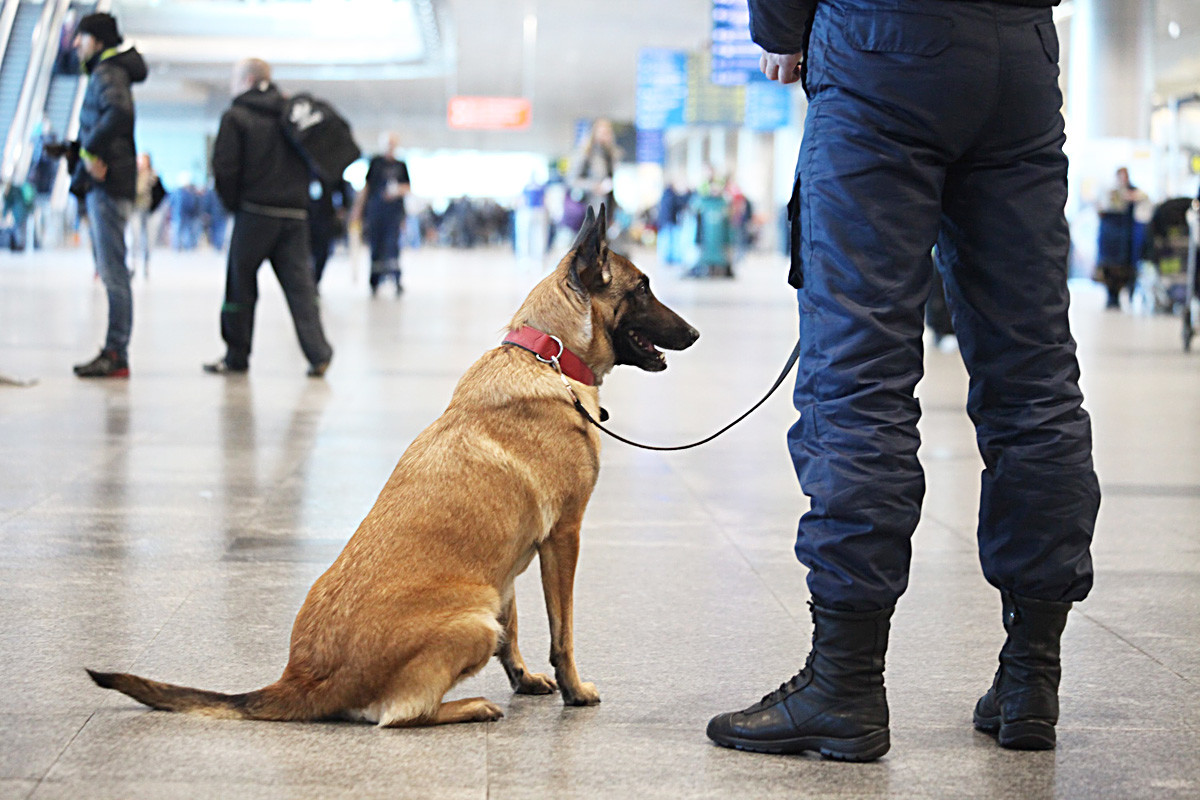 In recent years, Belgian Shepherds have been gaining popularity with Russian police. By temperament, the Belgian Shepherd is choleric, meaning it is very active, with high work capacity and endurance.

“These animals require special attention,” says Sergey Kachkin. “They are less forgiving of handler errors than, say, German Shepherds. That said, more and more of this breed are being trained for police work in Russia.” 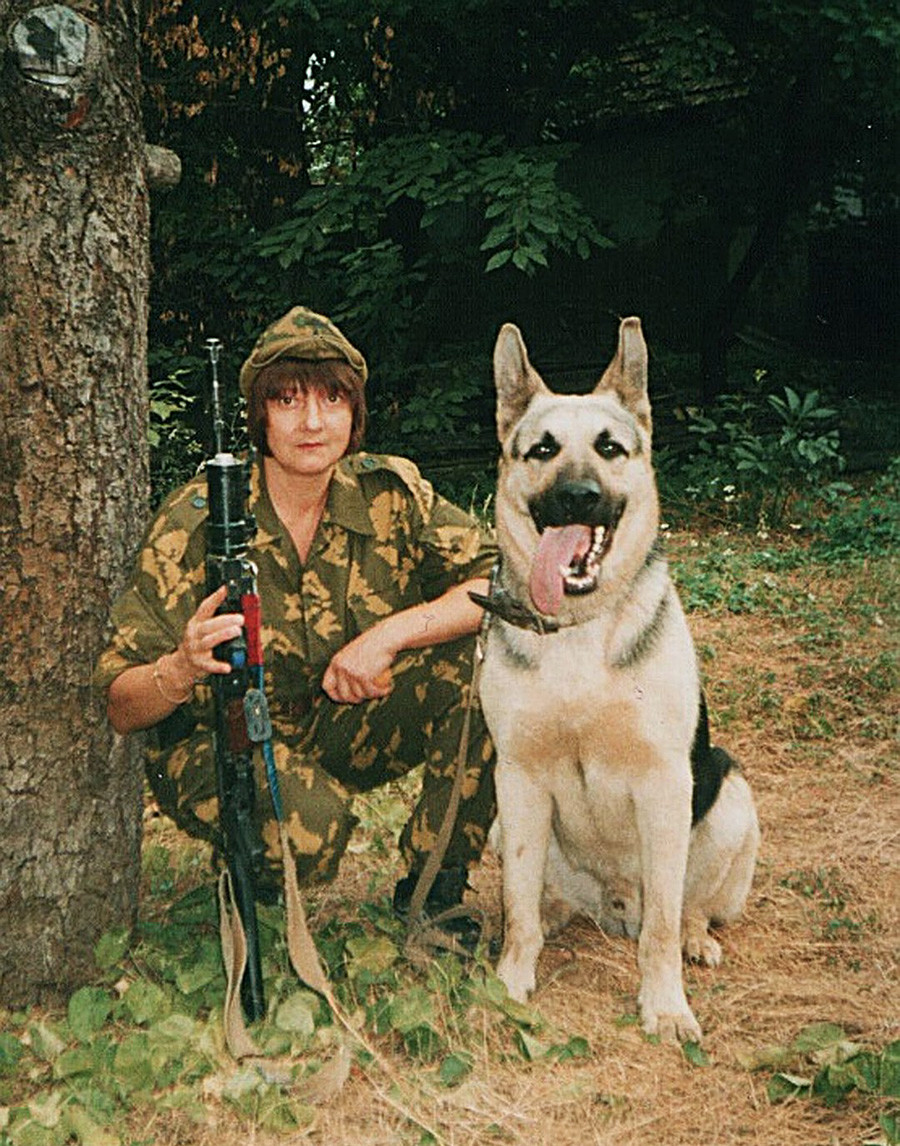 Garson with his owner Larisa.

This breed was specially created in the 1930s in the USSR for Red Army service in various roles and climatic conditions. These dogs are poised and assured, but distrustful of strangers. For its heroism, the East European Shepherd was named as the country’s most patriotic dog. During WW2, they served as mine detectors and messengers, and took part in border patrol, protection, and rescue operations. Today, East European Shepherds are widely used across Russia to protect important sites and facilities, search for explosives and narcotics, detain and escort criminals, and to assist border troops, police, and the Metro security service.

The Voronezh cynological division, in particular, was known for having a famous East European Shepherd by the name of Garson, who in 2003 saved the lives of several people, sadly at the cost of his own. 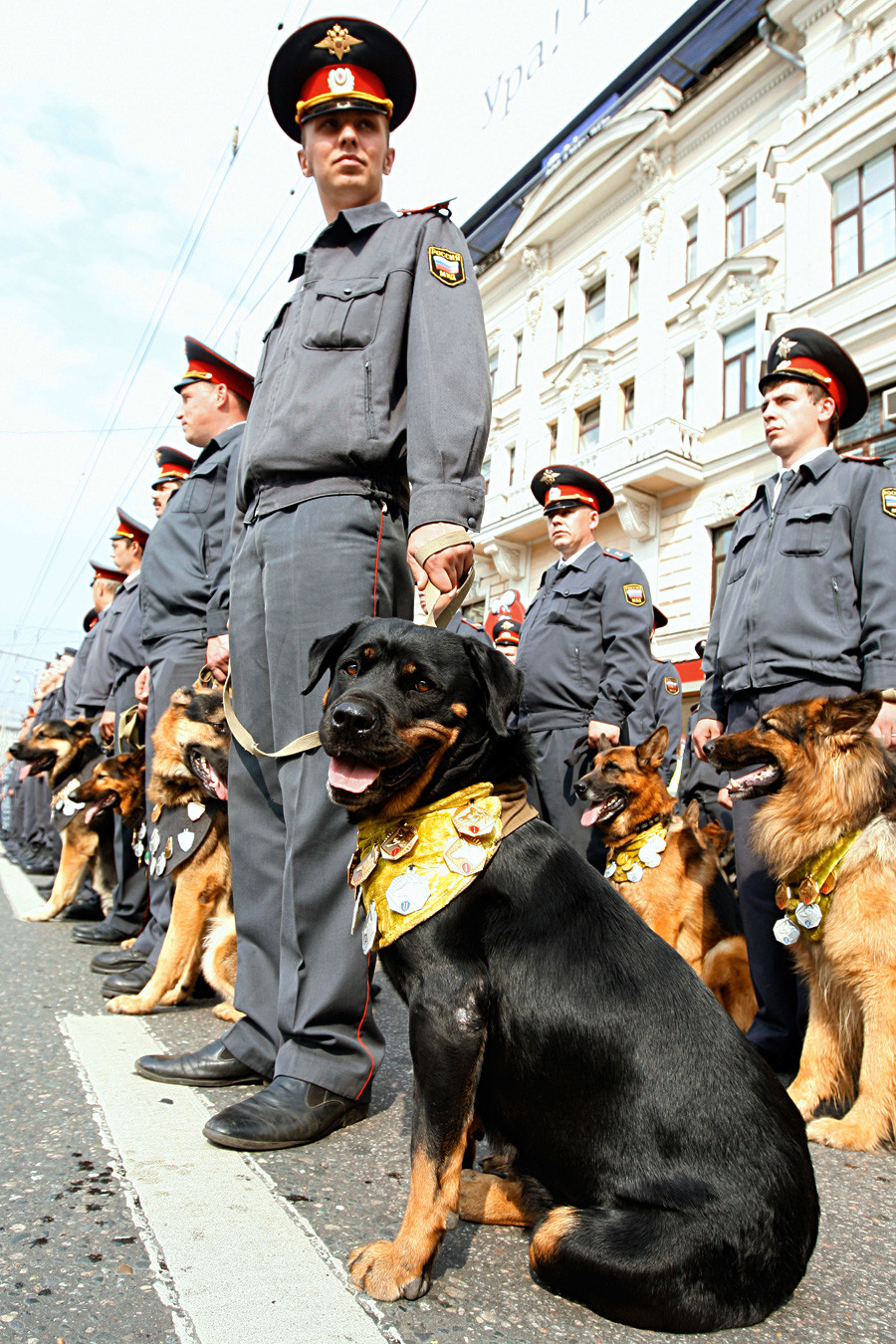 Rottweilers mainly work as patrol dogs, and are ideal for detaining and escorting criminals. They are capricious and require extra effort from their handlers, but it’s worth it. As they say in the business, “A trained dog is a real warrior.” Oryol police say that Rottweiler Ronnie helps them in the “hot” pursuit of criminals, and to locate weapons, crime scenes, and victims. 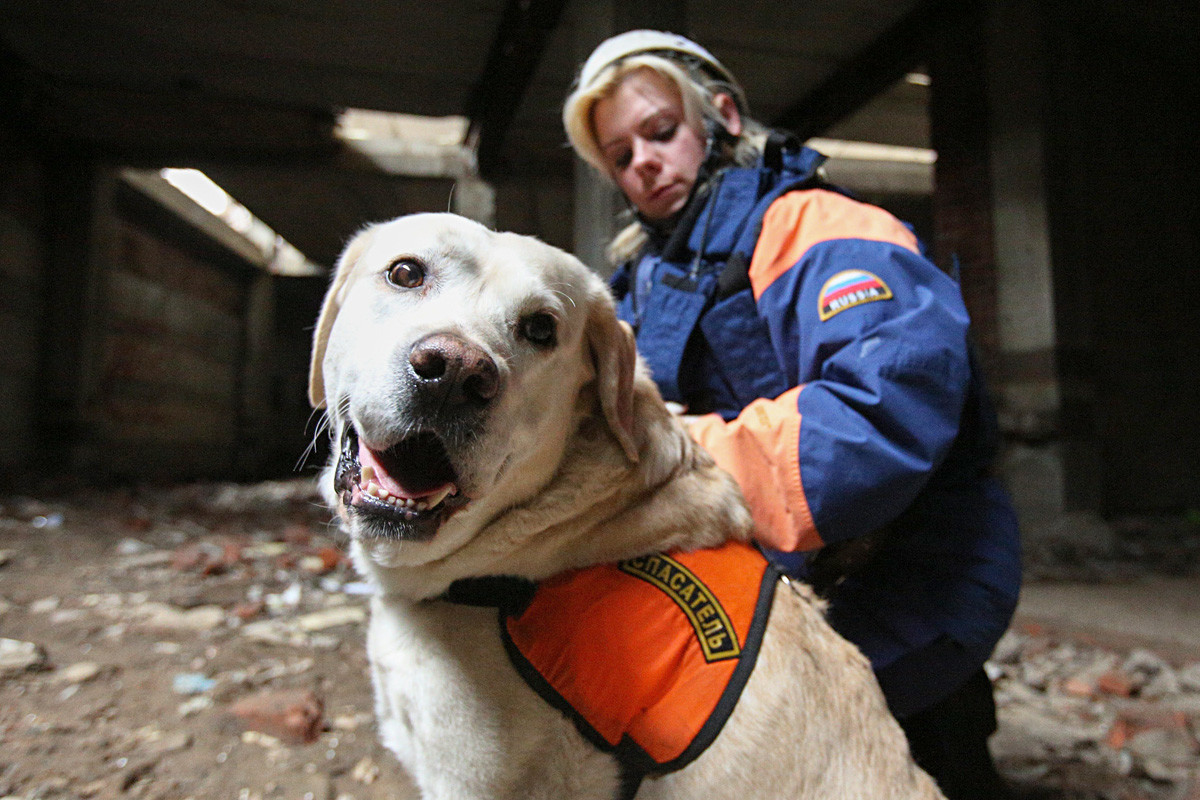 Labradors, along with German Shepherds and spaniels, are distinguished by their exceptional sense of smell, which is why they are most often found in the ranks of rescue, customs, and Metro security services.

They are human-friendly detection dogs and excellent at sniffing out drugs and explosives. According to Kachkin, the number of Labradors in the Russian police is still small, because they are less good at protecting people. “Dog handlers often come face-to-face with armed criminals, and in such a situation it’s vital for the dog to come to the aid of its owner. That’s why we make less use of smaller breeds and Labradors, which lack aggression,” he says. 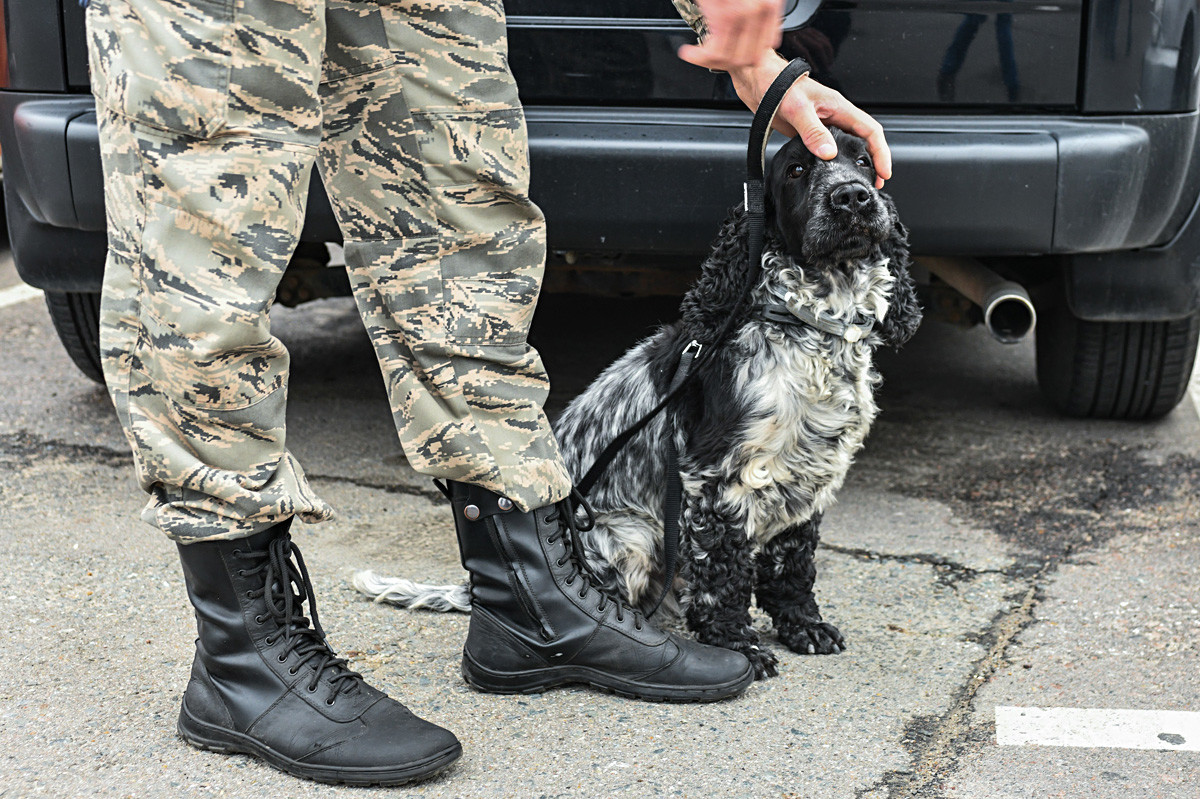 Another search dog with exceptional olfactory abilities is the Cocker Spaniel. They are used to uncover drugs and explosives, and mostly work in customs services, where many things need to be sniffed and sifted. They are also easier to transport and introduce into buildings and other facilities. They are less common than Shepherd dogs, because, like Labradors, their bark is worse than their bite. 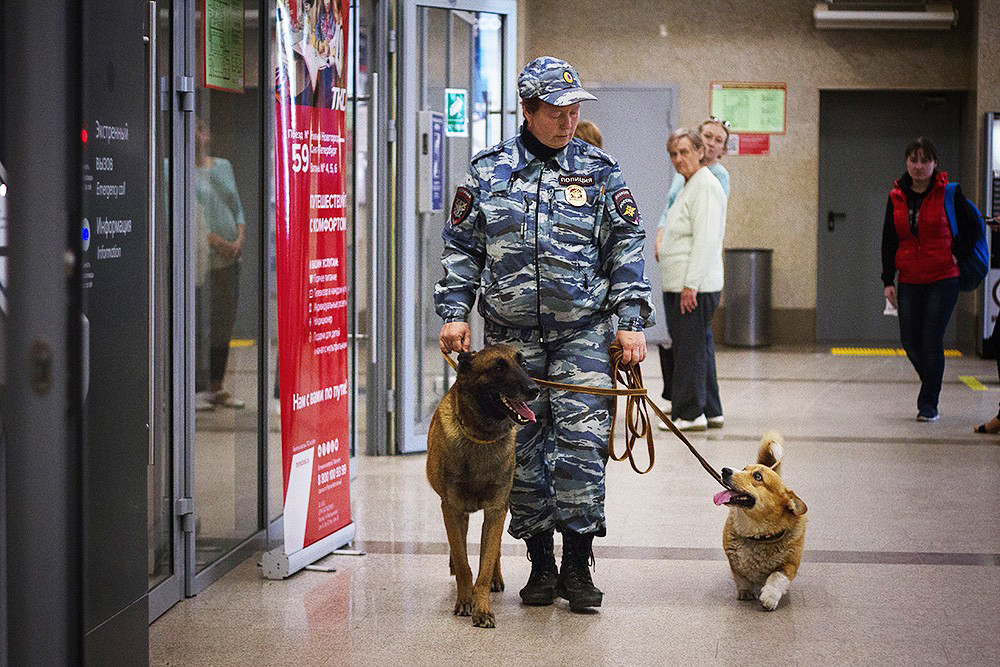 Despite their small size, increasing numbers of Corgis are also being trained for police work in Russia. Did you know they too are Shepherd dogs? So far, Russia has only one “Corgi detective,” who has worked at the Transport Department of the Interior Ministry in the Volga Federal District for six of his eight years, helping in the search for drugs. The small size of the breed allows it to inspect vehicles and perform other important detective tasks.