OPINION: Sex-addicted Russia still has a HUGE problem with sex 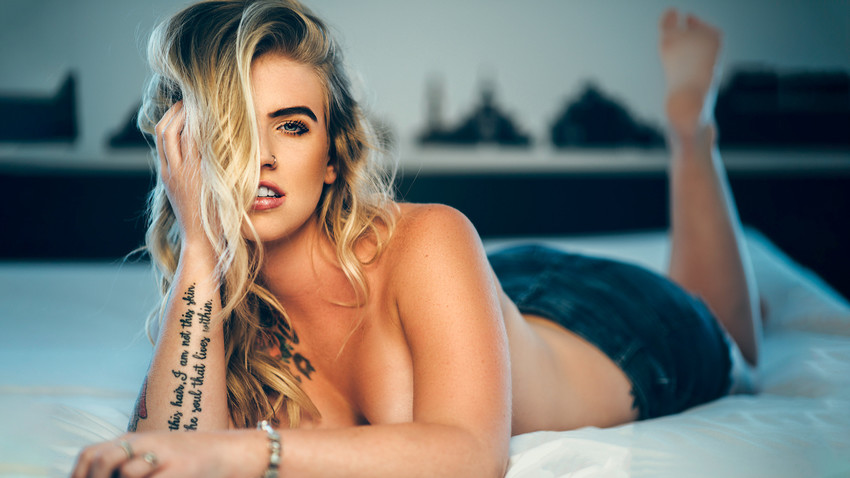 Daniel Horande/Flickr
Russians are more liberal about sex than they have been at any point in the last 100 years. But with the good comes the ugly. Liberated or not - it’s still predominantly women that pay the price for the archaic insecurities of a society built on masculine principles.

‘Nravstvennost’ - the Russian word that sits somewhere between ethics and morality. It’s been the bane of Russian existence for centuries: the obligation to do one thing, while your body and soul are pulling you in the opposite direction. For Russia, it’s sort of our modus operandi.

I recall a friend looking at me strange when I asked him if he enjoyed sex with a girl any in our group would be lucky to get a shot with: he managed to produce the shocking statement that he would prefer if she didn’t go down on him. After I was done collecting my jaw off the pavement, I was ready to punch him: “Wait! You said you didn’t want her down there? OK, hold on: did you at least go down on her?” His answers took the air out of me. Here was a guy in the prime of his life, great looks, great job (lawyer), and he hated giving and receiving oral sex. I hate to break it to you, but your pants are already off. What’s left to hide?

A colleague of mine also surprised me with a tale about an IT manager she’d been with: handsome, 6 feet tall, loves cigars and bursting with masculine energy. Turned out the guy was ashamed of kissing, terrible at foreplay and bragged about his conquests after a very mediocre performance, while trying to strike a comfortable, business-as-usual pose in bed. 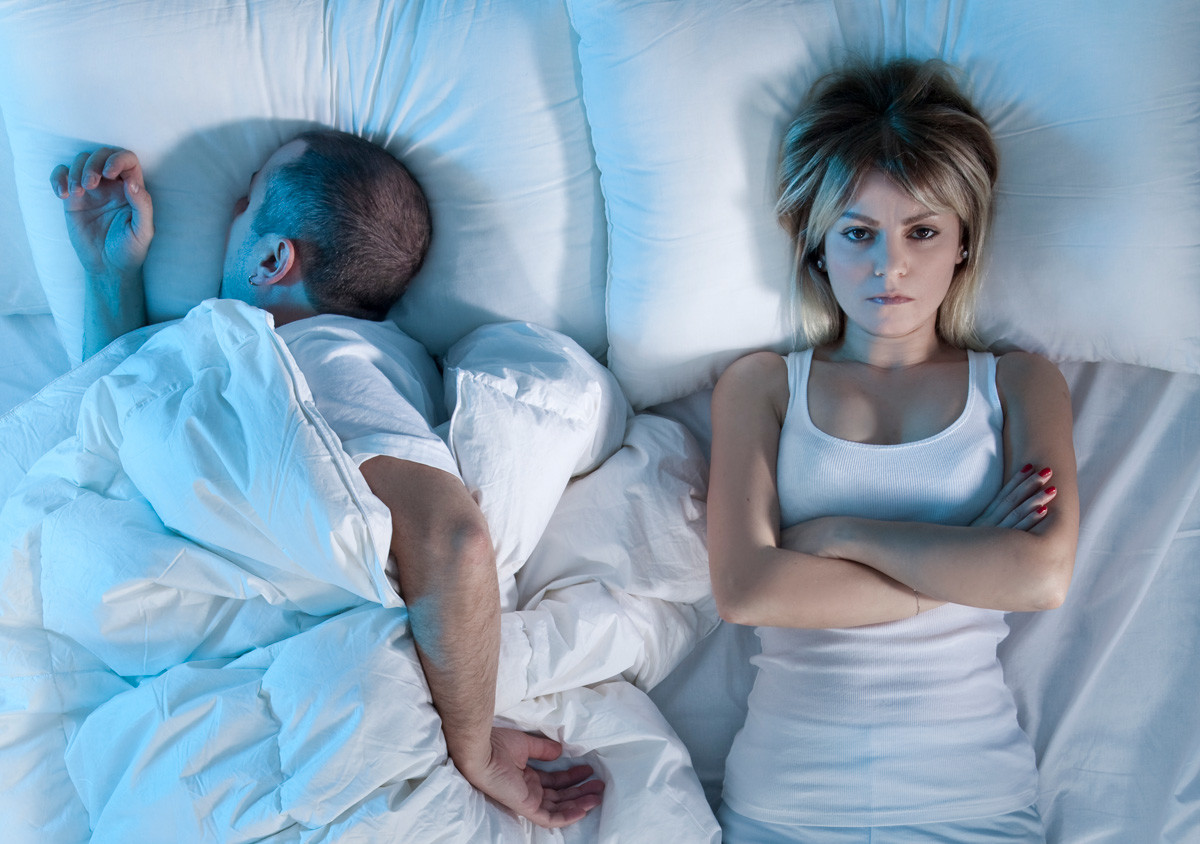 All of this echoes the myriad articles I’ve read on feminist-oriented websites about Russian (or sometimes foreign or mixed) women putting down or outright swearing off sex with Russian men. Their reasons can best be summed up by saying that - while romantic, magnetically aggressive, and displaying attracting amounts of male bravado - they just weren’t capable of sexual communication when push came to shove. The sex was often awkward.

The myth that “Russian men are crap lovers” is showing to be one resilient bastard, despite being on its way out. There is a plethora of reasons and societal factors contributing to this.

Our sense of ‘decency’ is still largely governed by God

About a year ago, several members of the Russian collective, ‘Sexprosvet’ (Sex Qustion), were denied permission to hold a public lecture at Moscow’s Muzeon Park. The group is comprised of young psychologists and sociologists striving to bring the subject of sexual wellbeing into the light. But the authorities wouldn’t have it. Sex, according to the Russian mainstream, is not a very “family”-oriented topic. It is something perverse, best left up to two people in the privacy of their bedroom, the thinking goes.

But where do these two people acquire the know-how? And why is the Russian mainstream conflating sex with promiscuity, when it’s how children are conceived, for crying out loud? The Russian government sings praises for procreation every chance it gets - so why wouldn’t it want its people to be more liberated in their love-making? I honestly can’t tell: because the only time that modern Russians officially even pondered sex education was in the mid-1990s, during the Yeltsin era, that brief period of Americanization. The previous time was in the 1920s, when Vladimir Lenin had tried to get everyone to have sex for the pleasure of it. 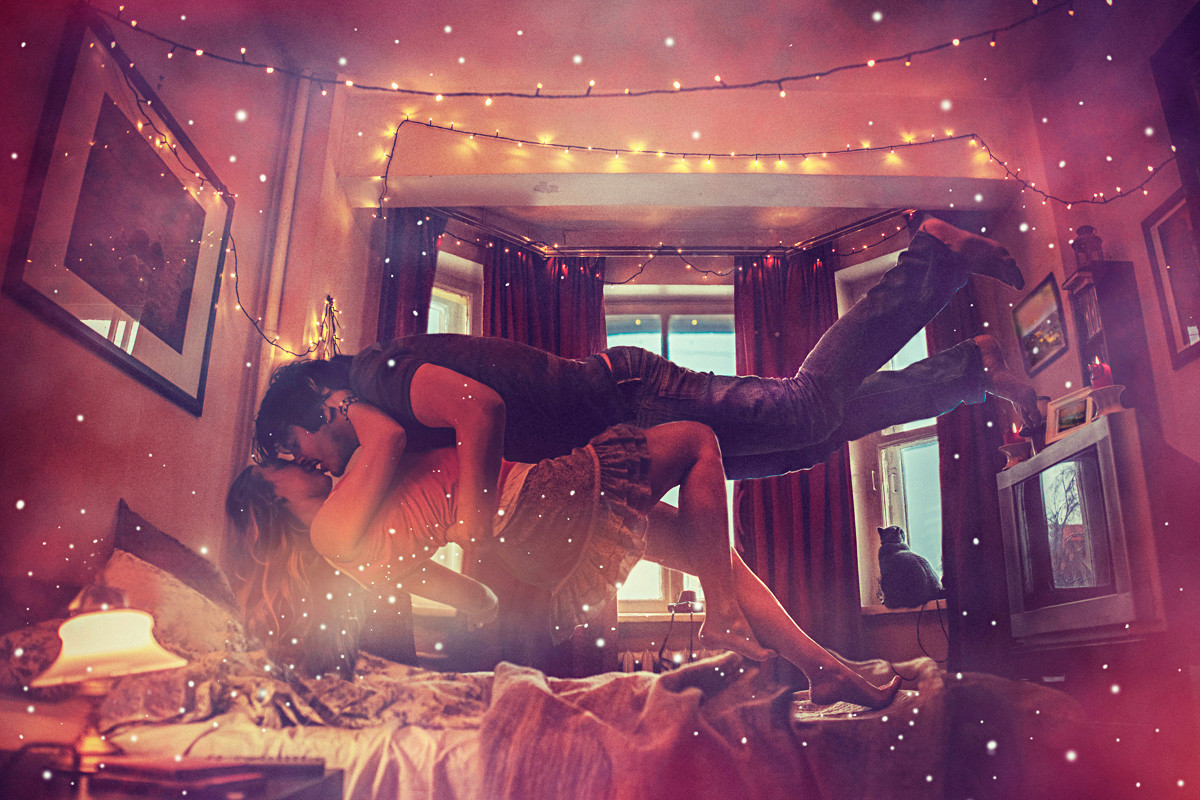 The 90s program - proposed by the Director of the Institute for Youth Physiology, Marina Bezrukikh - immediately faced opposition from the Church and a number of media outlets. The political process was doomed to failure from the start. Five distinct “alternative programs” had been introduced to schools. But by 1997, multiple attacks in the media and outright alarmism from the Orthodox Church had put a lid on the idea.

The Orthodox Church is a powerful instrument in our (secular!) country. A 1997 document issued by the Bishops’ Council stated that Russia’s “nravstvennost” could face extinction if children were taught about their sexuality. This would “erode their personality”, the document claimed. Later in 2007, amid an explosion in HIV, the Church - having secured a UN grant - promoted the spread of the idea that “the solution can only be found in being faithful to one’s husband or wife until death, and abstinence from premarital relations.”

As late as 2013, the Children’s Rights Ombudsman, Pavel Astakhov, said that sexual education will “never” be part of the Russian school curriculum on his watch.

Many Russians today are, therefore, afraid of either coming across as a “pervert” on the one hand, and a “prude”, on the other. Even our sex bloggers are considered “provocative” and “challenging convention”: a health-based understanding that orgasms are a healthy thing still needs to be drummed into the privacy-loving Christian nation that we are. And that sort of terminology in the mainstream is proof of that. Sex is “kinky”, instead of “healthy.”

In reality, sexual activity in Russia is among the highest in the world. According to British condom manufacturer International Group, we rank second after the United States. Meanwhile, another study, cited by factsanddetails.com, claims that 16-year-old Russian boys today have twice as many sexual partners as their fathers had. With girls of the same age, that difference is five times the size! 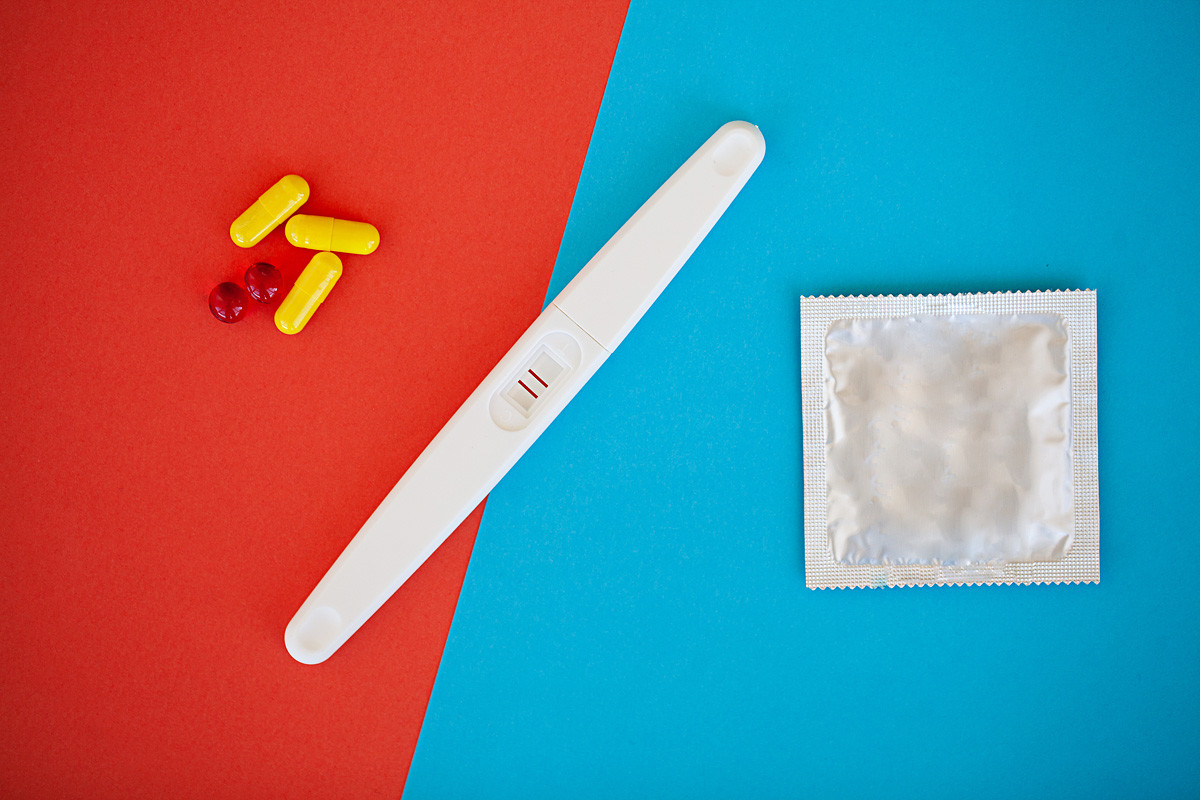 Way back in 1991, the All-Russian Center for the Study of Public Opinion conducted a survey on attitudes toward the promotion of sexuality in young people: 60 percent of respondents were in favor. In 1997, that figure rose to 80 among teachers, and around 90 percent among 7-9th-graders, as well as their parents.

Good sex fuels a lasting relationship. And Russians love the idea of romantic love. However, now that those Soviet economic chains have been broken - and women have become top breadwinners themselves - there is often confusion compared to our Western counterparts: the fire-and-brimstone crowd still doesn’t get romance without ownership. 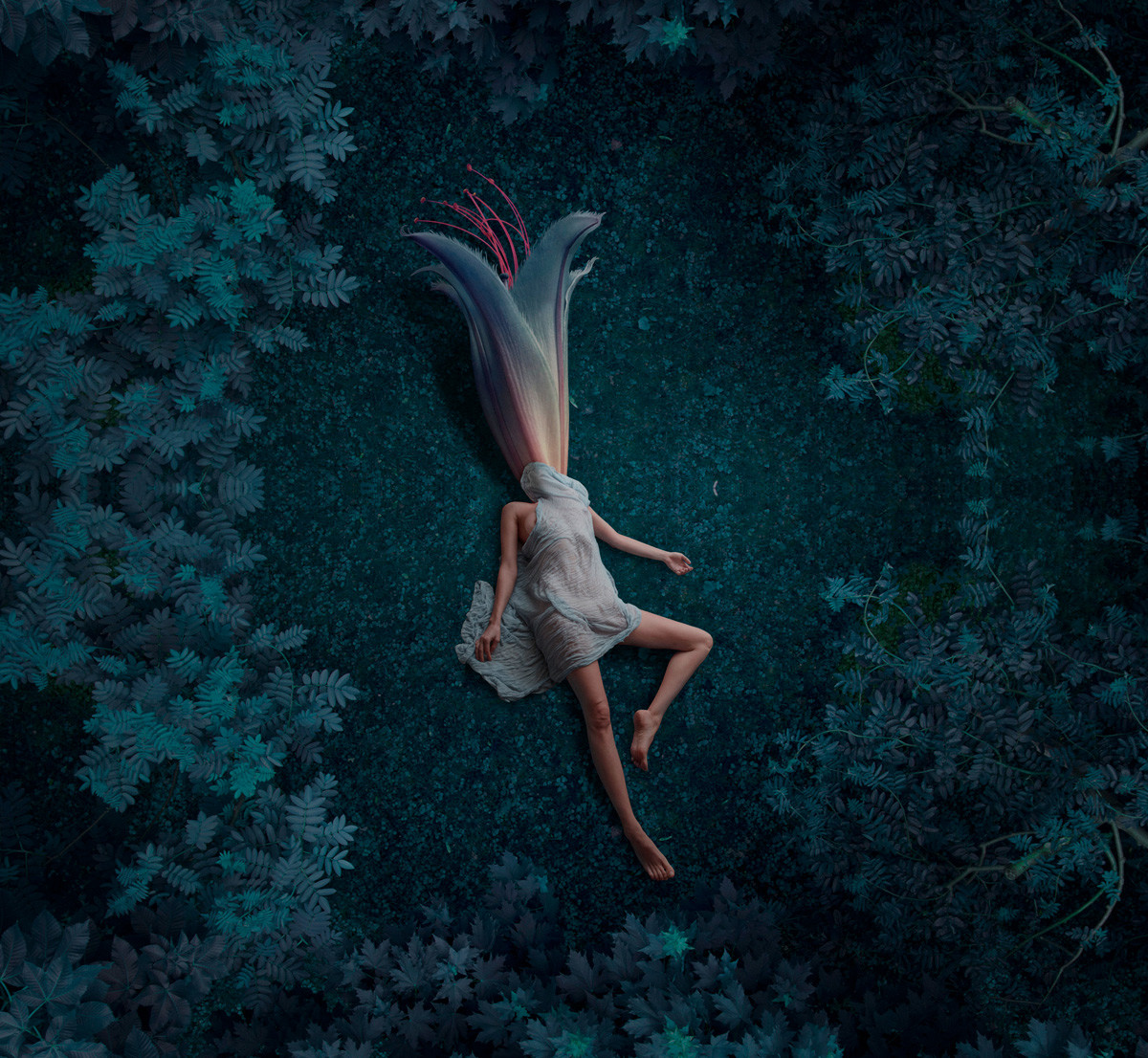 Today, 30 years since the dissolution of the USSR, Russia is still trying to erase the autocratic Roman model of ‘pater familias’ from its cultural DNA, under which the woman was seen as a sort of “vessel of the devil” - a “seductress” necessary for two things: pleasure and reproduction.

We live in a land where decency-policing oneself and others is inextricably tied to religious authority. That problem is further exacerbated by the government seizing upon that traditionality as a binding principle for a gigantic country. Russian horniness is simultaneous with outward expressions of shame over it. And as we’re thrown from one extreme to another, sex is either judged as too superficial, or put on a pedestal as too precious - all by the same individual.

With masculinity as the guiding principle of our culture - and men as its bearers, the problem is self-evident: when dating, men in traditional cultures often resort to exaggerating their romantic intentions in order to satisfy their basic carnal needs. This, naturally, recycles distrust in women, and romantic relationships turn into games of commitment and power... and cheating.

These simmering contradictions have been aptly summed up by our beloved author and playwright Anton Chekhov in his short story ‘Ariadne’: “We are dissatisfied, because we are idealists. We want the beings who give us birth and produce our children to be higher than us, higher than anything on Earth. When we are young, we romanticize and idolize those we fall in love with; love and happiness are synonyms for us. For us in Russia, loveless marriage is scorned, sensuality is mocked and induces revulsion, and those novels and stories where women are beautiful, poetic and elevated enjoy the most success”, Chekhov writes.

“But the trouble is as follows. Hardly do we marry or hit it off with a woman than, give or take a couple of years, and we feel we’ve been disappointed, let down; we try other women and again we find disillusion, again - horror, and ultimately, we convince ourselves that women are liars, petty, vain, unjust, uneducated, cruel - in a word, even immeasurably lower, not simply not higher, than us men.” 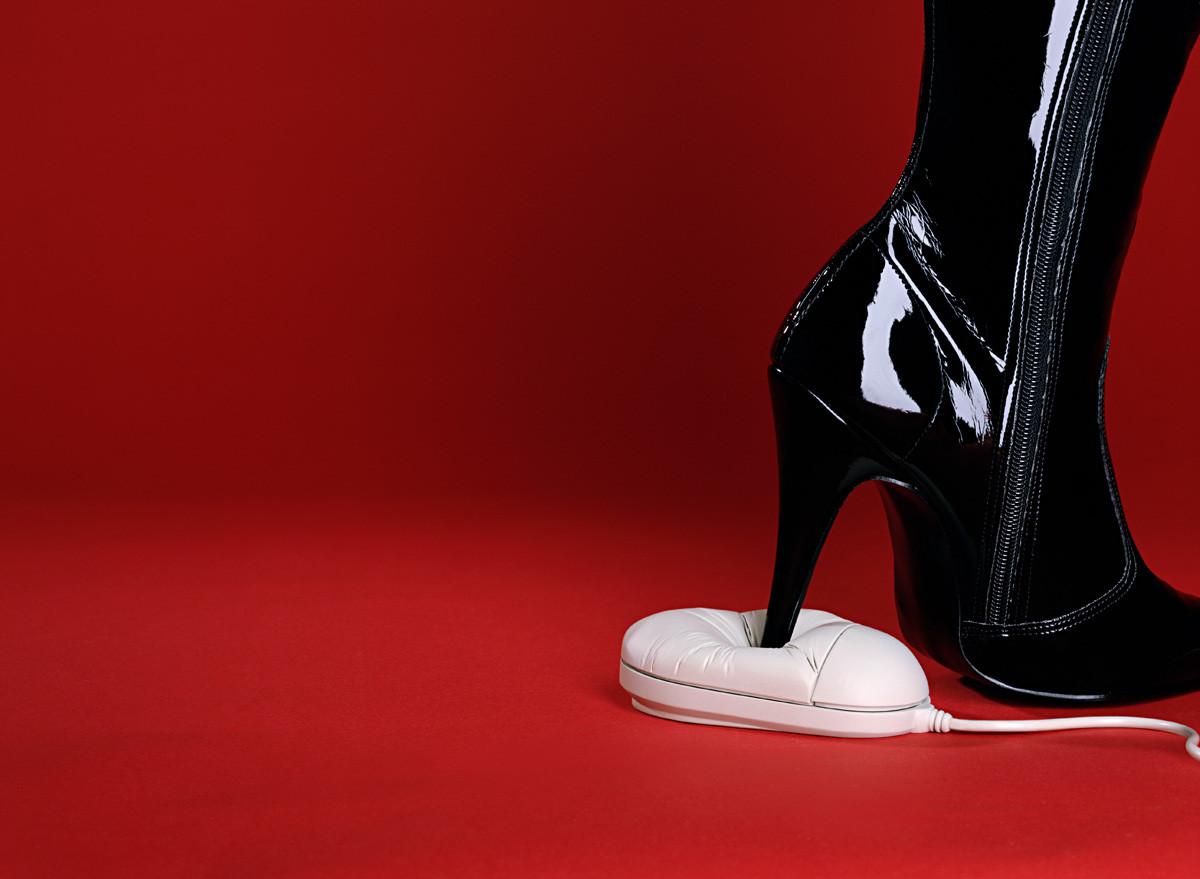 In the absence of an official support for sex as a healthy, therapeutic communication tool between two equals, many old-school Russians can’t seem to remove women from the pedestal they’ve been placed on. Should a woman stray to the side - or even mildly not fit this classical image - she’s immediately branded a whore.

Modern Russians VS religious dogmatism: what the experts say

No one is safe from globalization. But in the Russian case, that’s a good thing. Dinosaurs are on the decline, together with their old-school notions of female servitude and family as a fulfilment of some religious duty.

According to sociologist Ilya Markin, a new civic consciousness rises from the grassroots. Things as simple as the Internet are mobilizing movements in all areas of life - from standing up to police corruption  to how we treat each other as people.

“Young, educated Russians, especially inhabitants of big cities, are opting for romantic partnerships as a mode of cohabitation,” he tells Russia Beyond. The world is changing, and even “the bastions of chastity seen in the [Muslim] Caucasus region are on the decline. Everything is moving towards total postmodernism.”

The customs of yore “cannot survive the competition of Hollywood and European cultural institutions. The point of no return has passed… nobody wants a return to archaic notions,” Markin says.

What if the Russian government is suddenly replaced by an ultra-liberal one, and the Orthodox Church loses its grip over the nation?

“If the heavy hand disappears, civilization will - instead of crumbling - actually begin in earnest. This is how it was since time immemorial: the thaw of the 1960s, the perestroyka of the 1980s - in each case, as soon as the old rule slightly loosened its grip, this was followed immediately by a cultural explosion, and - yes, some of it negative. But in time, everything reaches an equilibrium. And so it will be today, in all likelihood.” 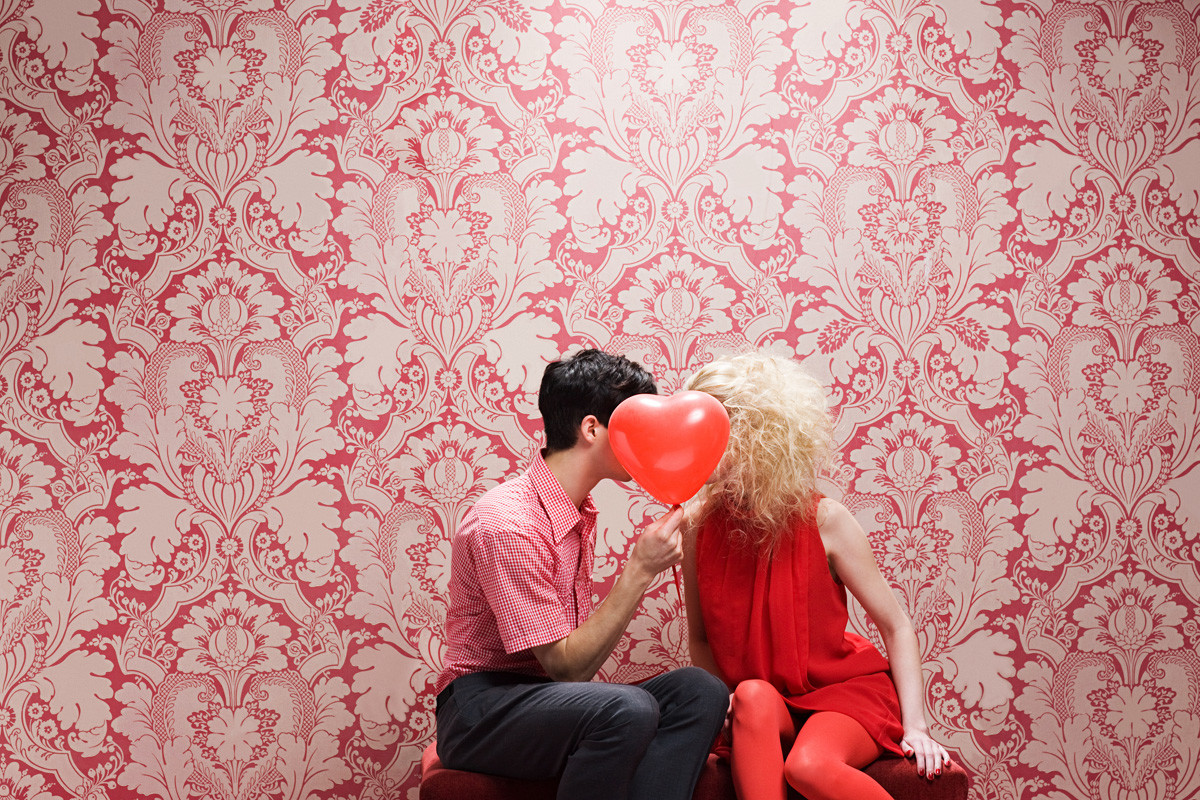 The most optimistic assessment offered by Markin is in the schism we are just beginning to see with the Church and Government on one side, and a swiftly emerging civic society on the other: “Democracy comes from below, at the grassroots. The Church tries its utmost to stall that process”, but many are not having it.

Systemic therapist Marina Travkova, whose primary focus is on families, believes that our ethno-religious dogmatism is sustained by our economic system. This, in turn, sustains a “low awareness” and a “preference not to reflect on matters” of personal wants and deep needs.

The key issue for Travkova, however, is that, for many people, sex remains undefined, when it should be about communication. “But for communication to occur, you must arrive at the notion that the one you’re communicating with is your equal and requires talking to and arriving at a consensus,” she says, adding that gender stereotypes are still too strong in Russia for this to happen.

“Why is the question of sex not raised? Because an honest conversation with a person about their sexuality is always a conversation about their spectrum of wants and personal preferences, their individuality, their right to all of that - and this makes a person free. For some countries, that’s just too much freedom for the individual.”