The most overrated ‘Russian experiences’

Lifestyle
Russia Beyond
Whenever you set off for a new country, you have a minimal list of things to do there that someone’s drummed into you: “you must do this, you must see that…” Hold your horses. Here’s a list of stereotypical ‘Russian experiences’ that really aren’t all that magical. 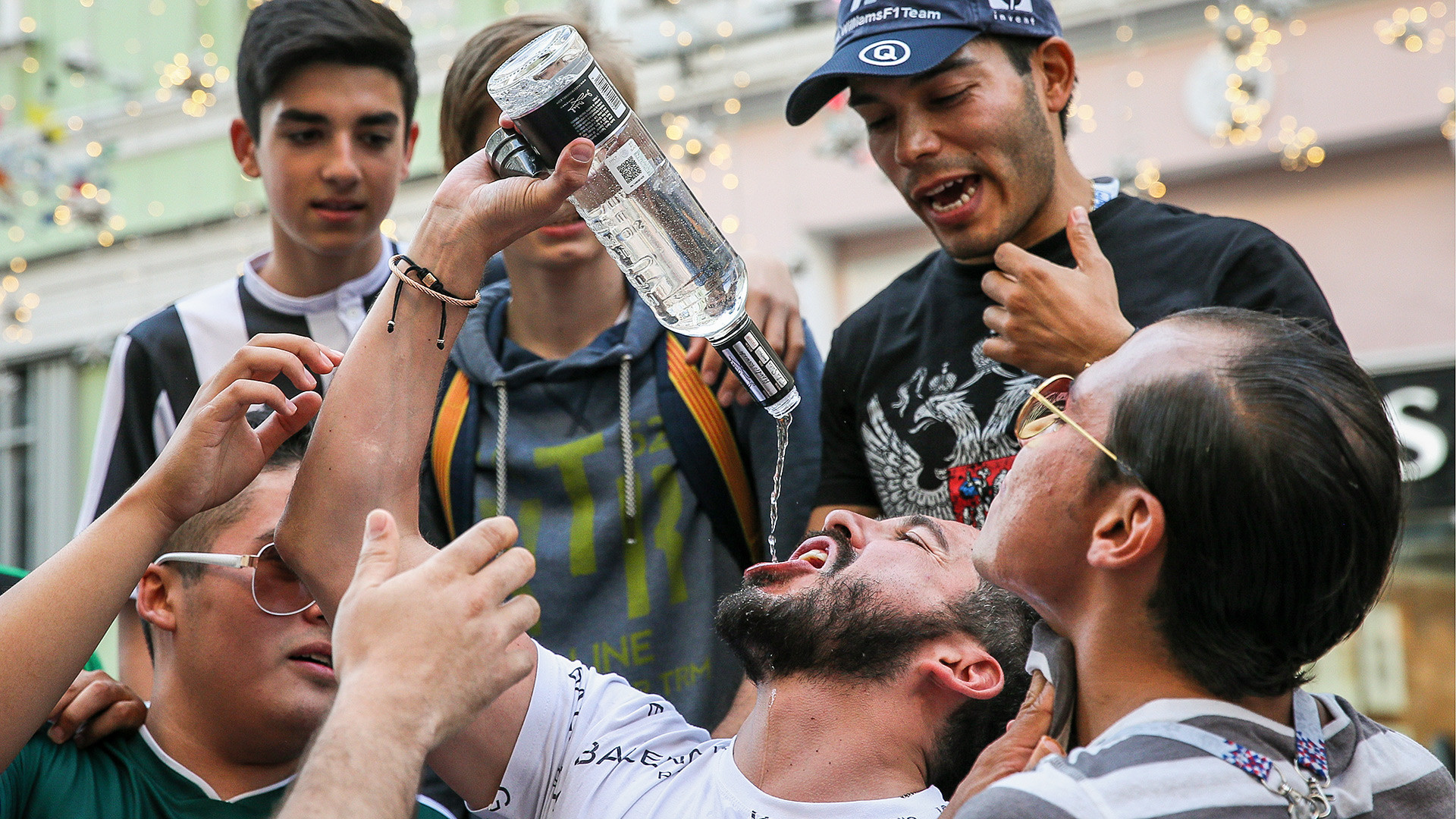 A lot of people seem to think Russians are heavy daily drinkers over here. For some it may be so, but in general Russians aren’t even that into vodka, and have long given it up for things like beer and wine… and smoothies.

Where vodka appears, unexpected things happen. Sure, it starts off with togetherness and toasts to health, and to your parents and household pets. But things take a turn for the weird pretty soon, as you start unloading all of your most embarrassing secrets to people who’ll be posting them in the WhatsApp group chat next morning, complete with scenes of you throwing up into a bucket after you’ve just confessed your love to no less than three people at the party - some of them in direct view of the previous person.

Vodka is kind of like the Russian version of ayahuasca: whatever is inside you is going to make its way from the spirit world into the open. Do you really want the hassle? A party should be a party - not a session at the psychotherapist’s!

Oh, and knowing Russians, those who still prefer vodka as their main fuel are bound to eat a lot. Vodka parties inevitably lead to heartburn the next day, if you’re among close friends. It’s not like you’re going to be eating broccoli and quinoa…

2. Trips to the banya 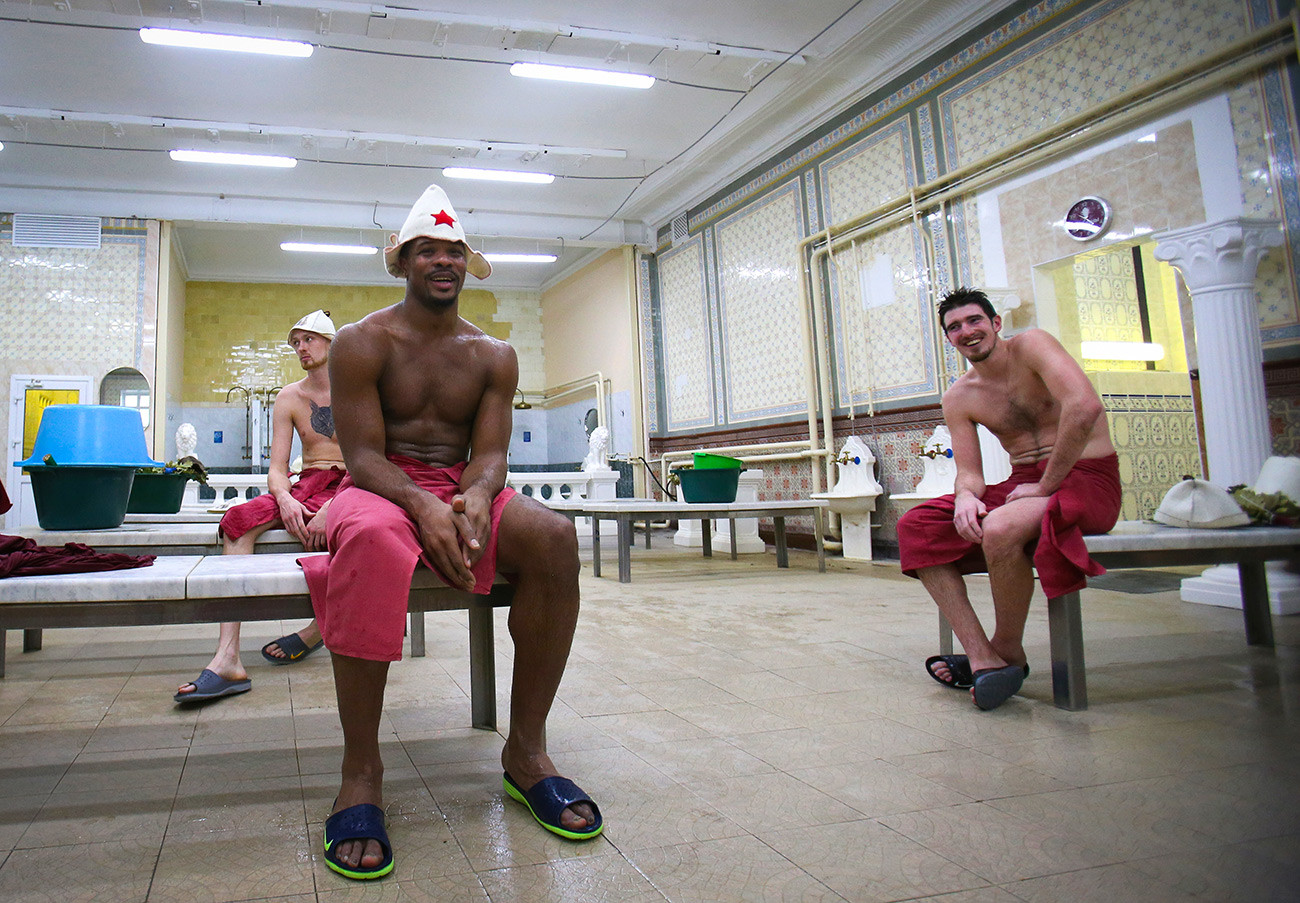 Are you a real Russian barbarian? Then the banya is for you. A horde of barb...sorry - friends can’t wait for their next get-together away from wives, where they love to get naked in front of each other and sit in 100-degree heat exorcising their demons… and bear in mind - this isn’t the soft and warm Finnish sauna. Plus, there’s vodka and beer - not exactly the healthiest of things for your heart when you’re already blasting it with these temperatures.

Some men even love to rub honey on themselves (this just seems keeps getting weirder and weirder), making excuses that it’s a sort of body scrub treatment. You see, Russian men are so tough that you could theoretically be in a company of 10 friends for 30 years, and no one would know if Ivan’s been doing the honey thing just to get Nikolai’s attention this whole time. “Throw some water on those rocks,” they say. Yeah, no, thanks.

Then comes the ritual of suffering - being lashed with a broom, most likely the birch kind. This is where you are reborn. The pain spares no one! And remember, all of this is still in 100-degree heat. 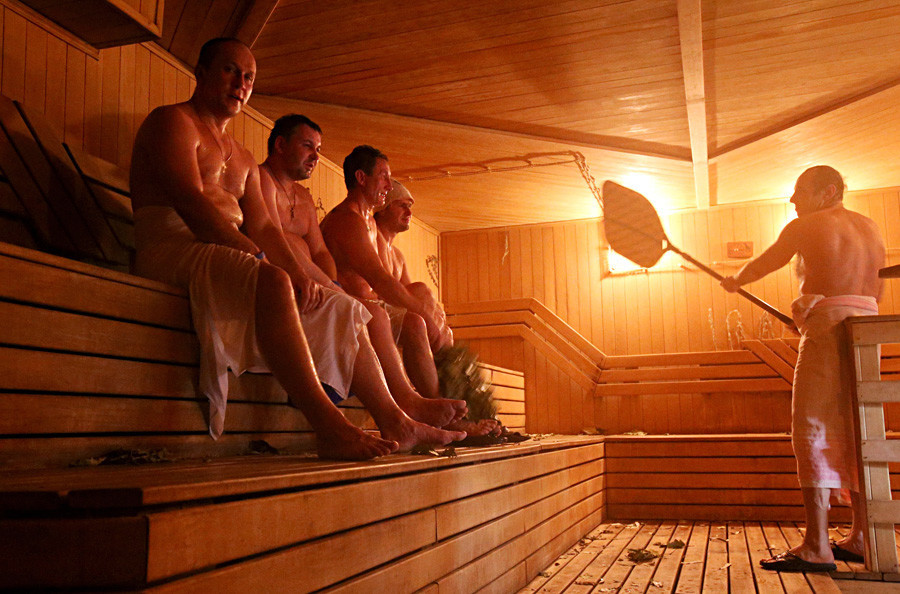 Later on, you have to of course wash off the leaves, and what better place to do it than in three feet of snow? Forget that swimming pool you remember from your last stay at the Intercontinental. This...is...Russia! You’re forced, practically at gunpoint, to run out naked and jump headfirst into a snow pile. Thinks your..err..reproductive organs are made of steel? Not after that they won’t be.

But if you’ve made it through all that, then more beer and a portion of stinky cured fish (Vobla) certainly won’t kill you. But if you’re in a company that likes vobla, we seriously have to wonder about your social circle. Just have some tea or beer, if you must visit the banya. 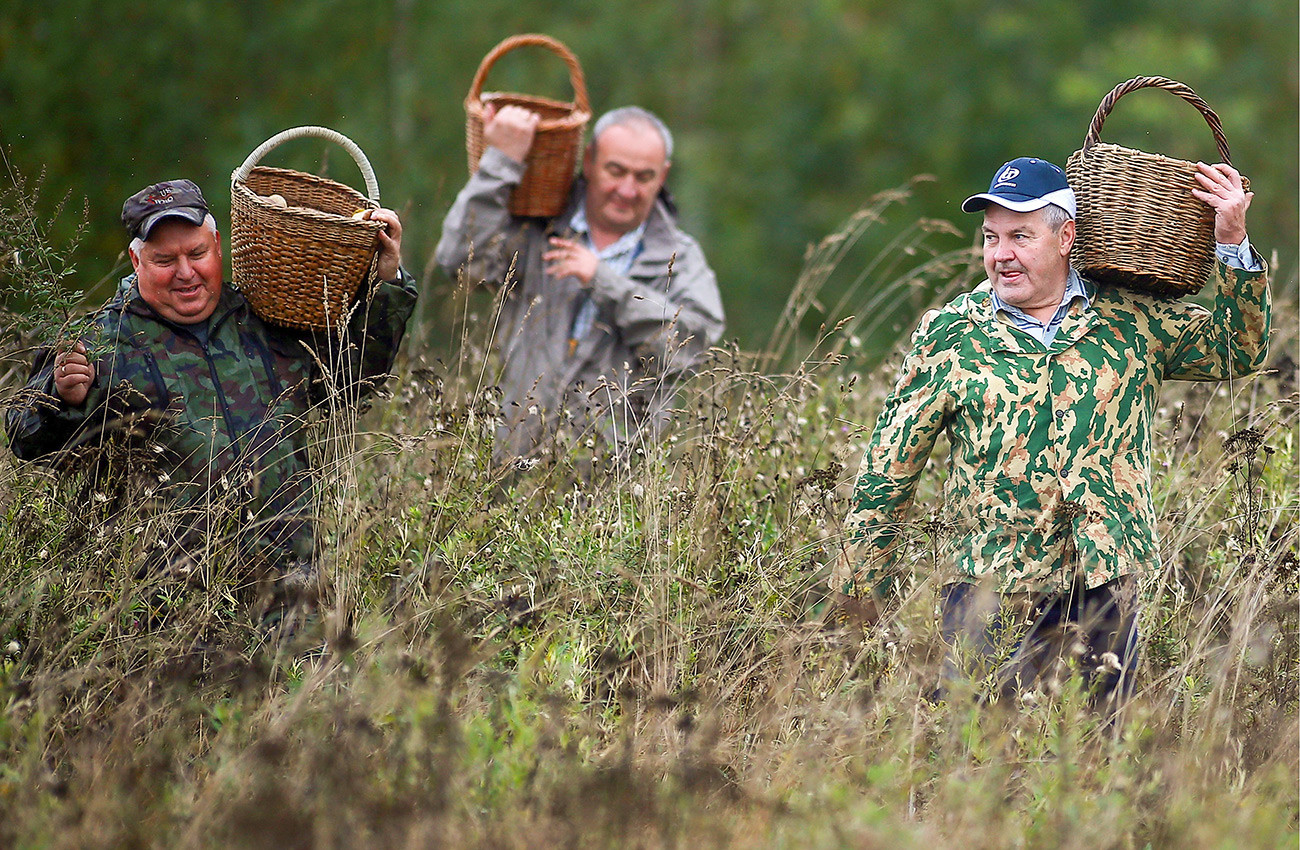 It’s tough to imagine a sensible reason to spend your entire Friday stuck in a traffic jam of what looks like a funeral procession of cars attempting to make its way out of Moscow into the outskirts. That is, if you’re lucky car owner - some have to take the train. And all for what? To be one with nature and freeze your behind off while warming by the fire and running  off into the field to get cell reception? No Instagram? What are you - a caveman? And don’t get us started on the meat. By the time you’re done marinating, you don’t even want the stupid food anymore.

The endless expanse of the Russian country is overrated. The annoying roosters waking you up while you’re trying to get some sleep, hungover from a night of drinking and singing… and those horrible outdoor toilets. Ugh! Plus there’s bound to be a game of rock paper scissors for whomever gets to chop wood for the fire… we recommend you learn to cheat.

The mosquitos? It’s like Chernobyl out there. Whatever these bastards eat, they grow to be the size of small elephants. And they’re after your blood.

Oh, and the moment you hop into the car, the fact that you’re going to get dirty and your clothes will smell of a mixture of coal and food is practically a done deal. You’re completely screwed. Don’t do it! The only quick escape might be to find some poison berries and leave this world hallucinating: it’s the only way to make sure you're spared any repeated trips to the Russian country. 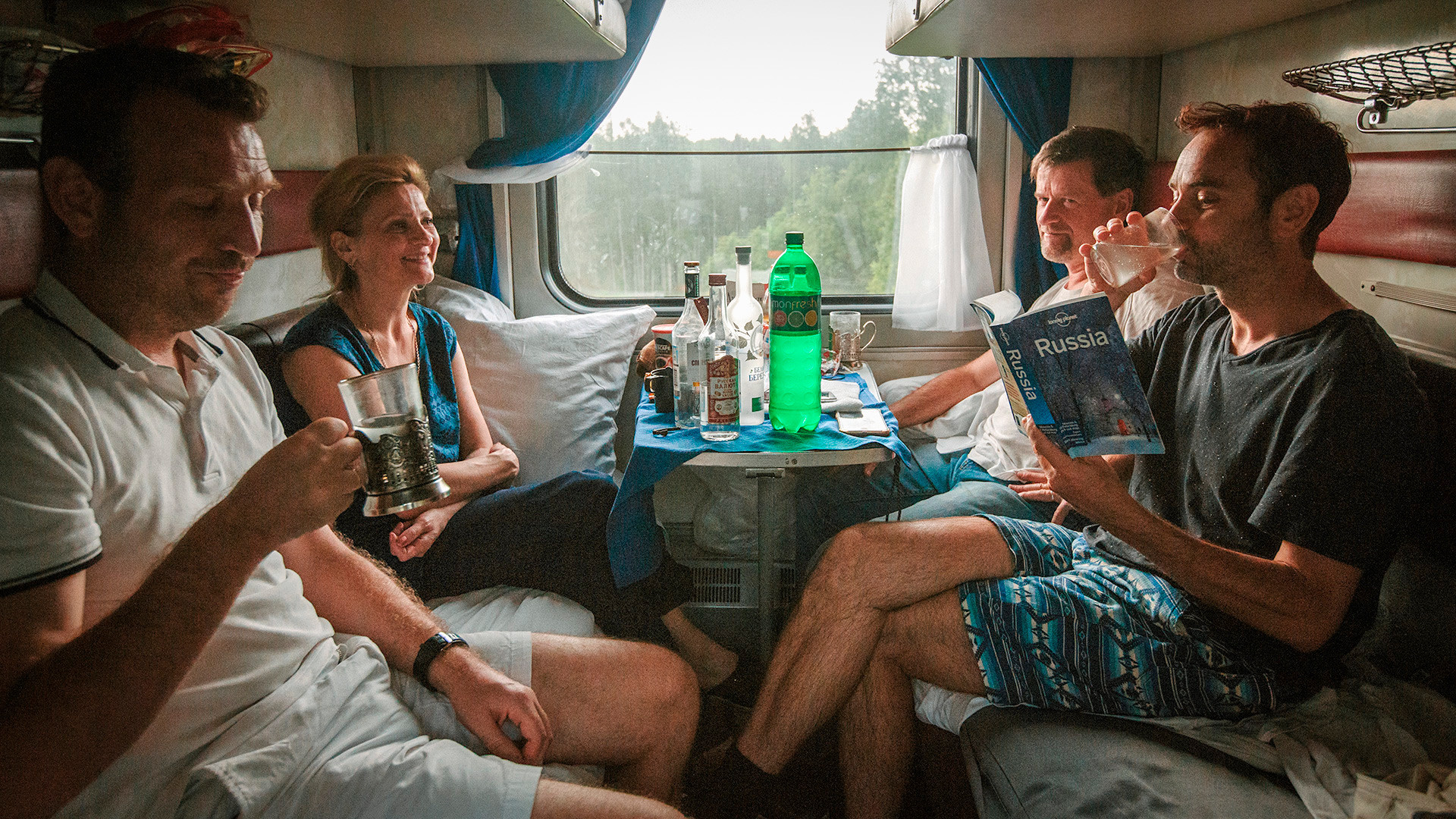 Now that we’re on the subject of dachas, how could we leave out train travel? Foreigners tend to have a very romanticized notion of the Trans-Siberian. Just in case you haven’t seen the movie, here’s the hard reality: it’s seven days cooped up in a cabin with God knows who - including, quite possibly, a serial killer. Trust us, planes are safer!

OK, in case the person you’re sat opposite doesn’t feel like devouring your liver with a nice Chianti for dinner, there’s still the challenge of communicating with normal people. Think about it carefully: seven days in a moving steel prison with strangers. There’s bound to be a guy with a guitar… and - God forbid - someone with stinky food, such as the aforementioned cured vobla. Low-quality fortified wine or port is the least of your worries (hell, it might even make the experience more pleasant, if you’re not vomiting out your intestines).

Then come the train conductors with tea glasses so hot you’re bound to burn your tongue if you don’t burn the skin off your fingers as they touch the metal of the Soviet ‘podstakannik’ - the contraption used by Russians to distribute hot liquids (by putting a glass inside them), because for a long time mugs and cups were a luxury. It puzzles us that someone still thinks glass holders are romantic. We have cups today, you know?! Enough with the retro chic already!

That you’re never going to do what you want when you want it is a foregone conclusion. Be it sleeping, reading or simply staring out into the Russian wilderness from the window of a moving train, there’s bound to be somebody who disturbs your peace.

Want to see the woods, the little cosy wooden houses and churches? Trust us: there are better ways than doing it for seven days with no shower inside a moving multi-person prison cell.

5. Taking in the beautiful winter 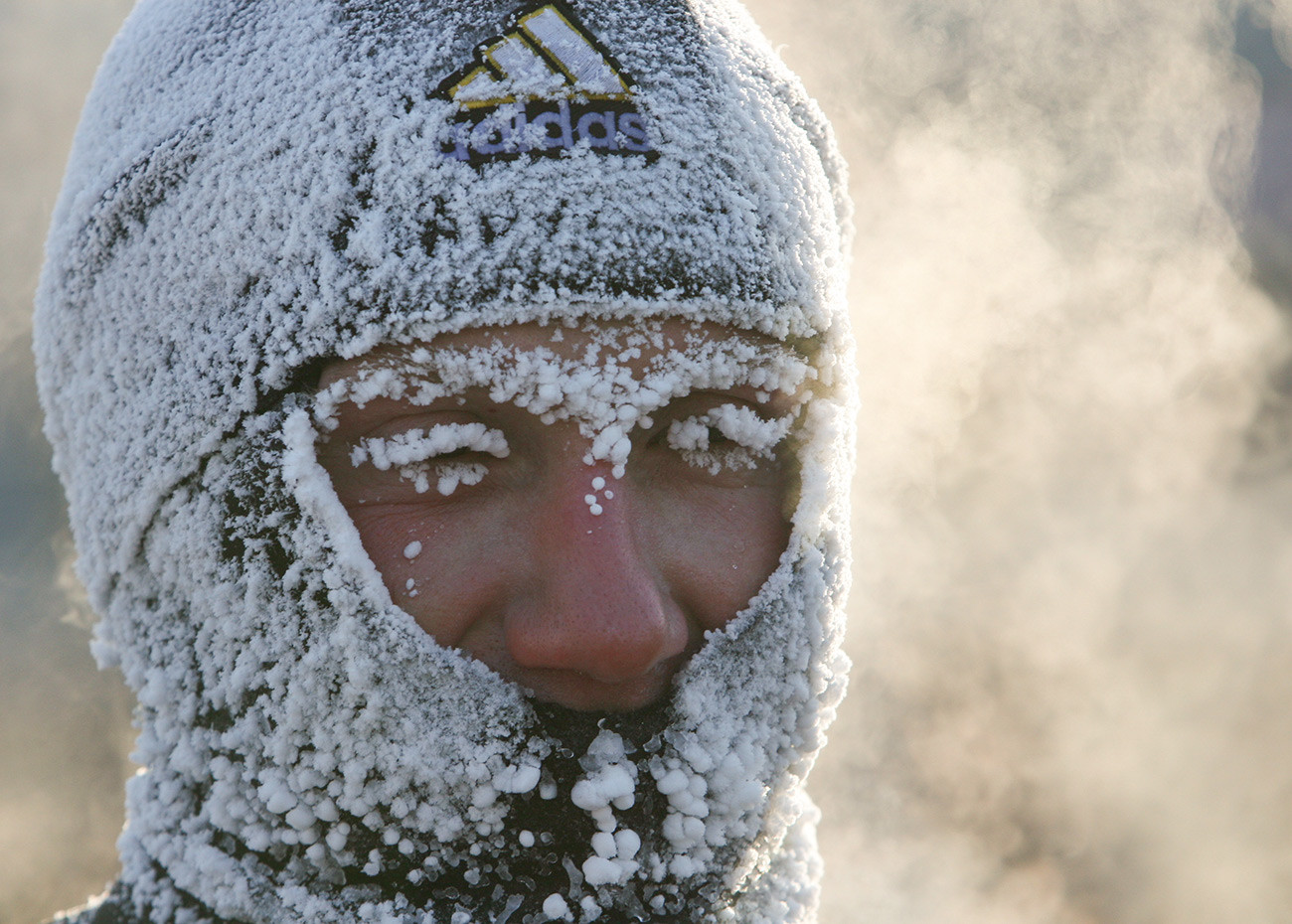 Now that’s something we have more than enough of. And yet, it’s still unclear to us why it’s Russia - and not any other country - that’s famous for its winters. Nevertheless, January and February in Russia can be turned into a sick joke to play on your foreign friends as you invite them over to visit a relatively warm Moscow, where winters can reach -25 Celcisus. Whether you’re a drinker or not, alcohol will be poured into you, and you’ll swallow every last drop. Or you’ll die of pneumonia.

In case you thought snowball-throwing was a children’s game, think again. You’re bound to leave Russia with a black eye or a broken nose. But, you know, as we said before: alcohol.

If you thought winter was a great time to experience the cities situated along the Golden Ring, get ready for torture: it’s not cosy hotels you’ll be sleeping in, but authentic wooden houses with wolves howling around you in the night (also, don’t expect the 5-star Finnish treatment - it really depends on where you go). Freezing your butt off while sledding will arguably become the more pleasant experience, as at least one part of your body will become numb to the pain.

Since the Russian countryside practically becomes an ice kingdom, you’re also bound to get an iron sled - complete with a child - in your face. Russia is a place of hills. And where there’s a hill, there’s a ‘gorka’ (the amicable way Russians call little hills for sledding). Try sledding down one of those - it’s sort of a Russian hazing ritual. If you don’t break your bones, the public skating rink at Gorky Park or Sokolniki will finish the job, as you navigate around tiny children thrown out there by their parents to kill you. Don’t worry: our old friend alcohol is always there to ease the pain. But hey, if you’re on your feet long enough, you’ll enjoy breathtaking winter sights and beautiful light shows the Russians love to put on during wintertime. They’re truly a sight to behold!

One thing though: you’re going to sweat like a pig wearing three layers of clothes. Not a difficult choice though, between that or freezing. Each day in winter here feels like something out of a Victorian era, where women spent hours putting clothes on just to appear in public.