A Siberian surgeon performs free operations on kids around the world

Kirill Kukhmar/TASS
For the past 15 years, surgeon Mikhail Kolybelkin has been spending his vacations performing complex facial surgeries on little patients free of charge.

Three-year-old Sonya was born with a cleft lip and cleft palate. If you didn’t know this, you would hardly notice any traces of her operation. She looks and talks like any ordinary child. Yet, just recently, her parents thought that her diagnosis was like a life sentence: in Russia, cleft palate surgery is recommended for children starting from the age of five; but in Novosibirsk, there’s a surgeon who performs it even on five-month-old babies. “The thing is that at five months a baby is beginning to learn to talk, and by this age a cleft must be removed, so that the child does not have to be retrained to talk later,” says oral and maxillofacial surgeon Mikhail Kolybelkin from a children's emergency hospital. 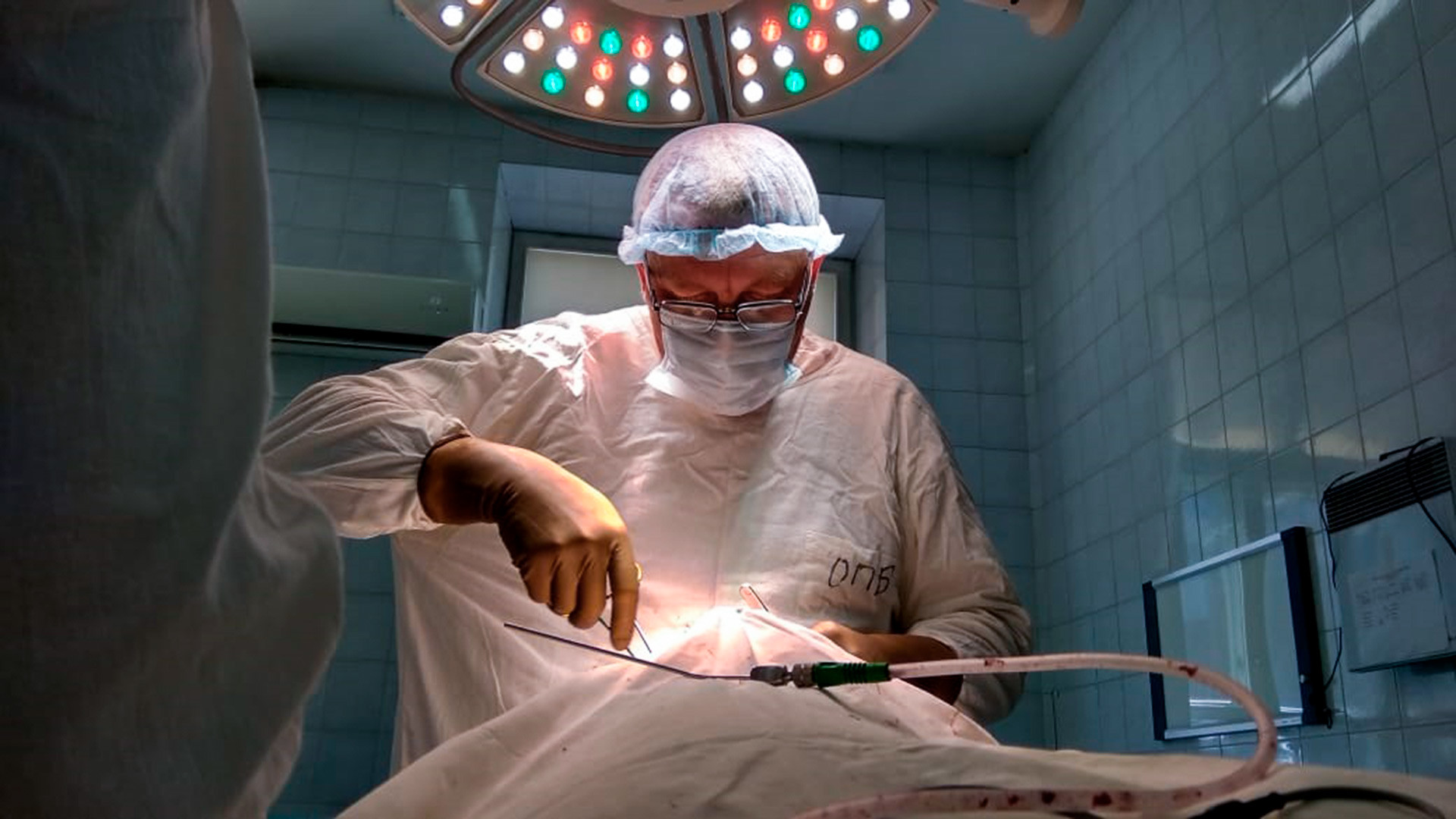 For over 30 years, he has been helping children like Sonya, who were born with various facial defects. Fixing an orofacial cleft is the most common surgery he performs: he has 70-80 of these operations every year.

Yet, for the experienced surgeon, work does not stop - even on vacation: together with doctors from the international charity, Operation Smile, he travels to Russian regions and abroad to perform operations on children and adolescents for free.

"Doctors are looked upon as gods"

Operation Smile was set up in 1982 in the U.S. and came to Russia in 1995. Its goal is to provide free help to children with cleft conditions of varying complexity. Mikhail joined its pool of volunteer doctors in 2003.

“First, surgeons from America came to us in Novosibirsk to check doctors' qualifications. They watched me perform complex operations and then invited me to join their team.” Since then, Mikhail has helped thousands of children in Russia and abroad: he has performed operations in Kenya, India, Morocco, China, and Jordan. 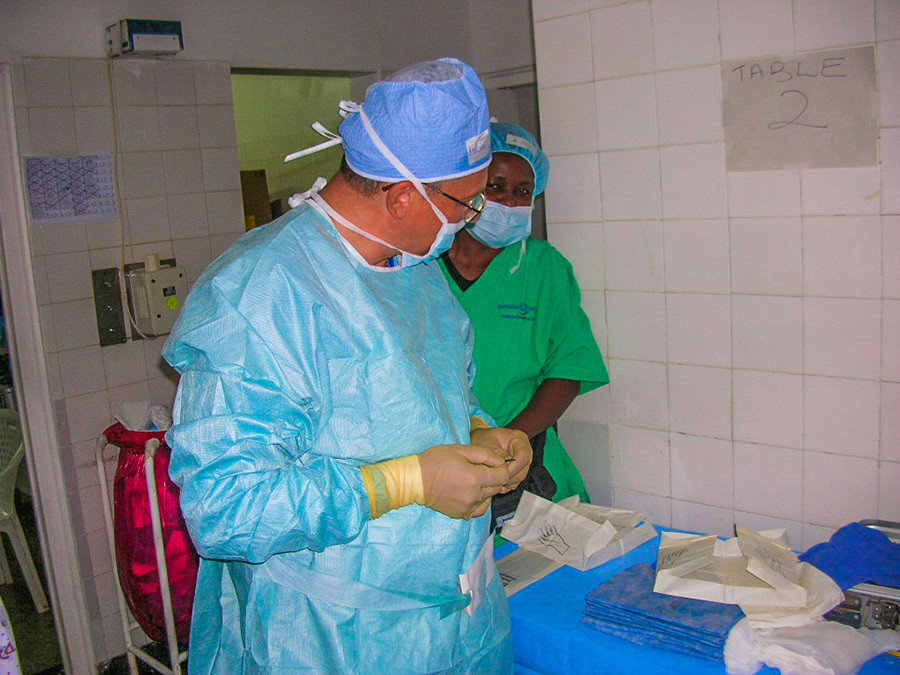 “Russian children are entitled to free surgical care, however, not every region has specialists who can perform these operations on the face,” Kolybelkin explains. Last August, he spent his vacation in Altai, receiving children from all over the republic. He was accompanied on that charity mission by children's doctors from Minsk and Irkutsk.

“Abroad, these operations usually are not paid for by the state, - Mikhail continues. - We go to countries where parents would have to pay thousands of dollars for this surgery and we perform it for free. In many places like that doctors are looked upon as gods." 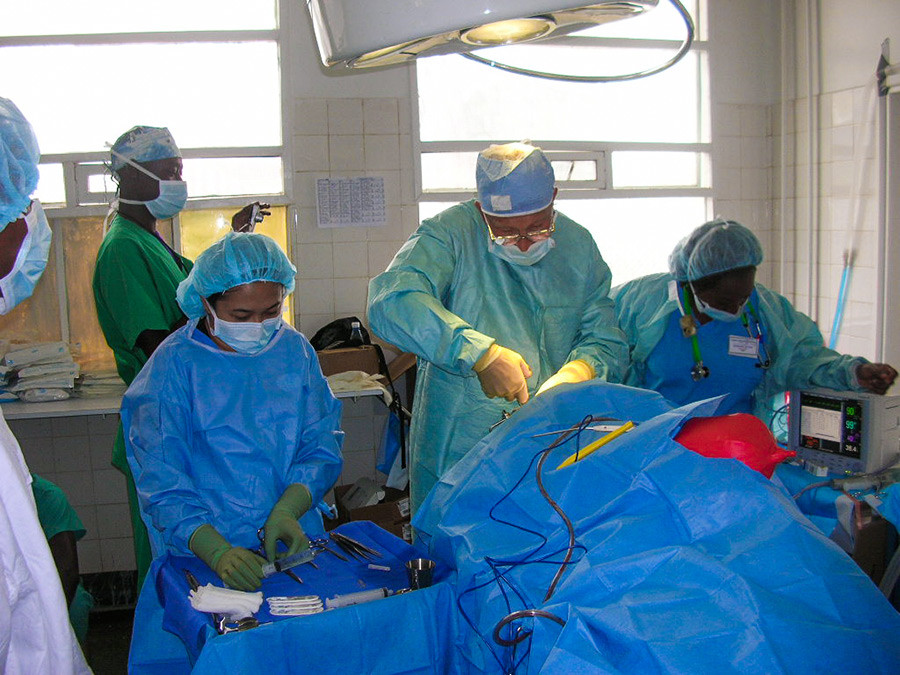 Charity events like these are often the only opportunity for a child to have an operation, if their parents cannot afford to pay. “For example, in Guangzhou, we were working in a clinic practicing traditional Chinese medicine,” Mikhail recalls. “The hospital was large, like a district hospital in Russia, but it had only two departments that performed surgical operations, and there were a lot of patients - about 360. Over five days, we performed 240 surgeries on nine operating tables, only four or five of which were proper operating tables. I operated on children on an ordinary table, sitting on a swivel chair, while some kind of a lamp was being lowered above me to give me more light. Each operation takes an hour and a half, and that was how we spent 10-12 hours every day. In China, operations like these cost from $1-3 thousand, depending on their complexity.”

Mikhail says that for him, participation in these international events is an opportunity to see a country not as a tourist destination, but to get to know its people with their everyday lives and problems. When asked if he gets tired of performing operations all the time, the doctor replies in the negative: “I get more tired when I do nothing. During an operation, you enter a completely different dimension and you stop noticing time and space. This work is my destiny and my whole life.”

Children from different parts of the country come to Novosibirsk to be seen by him, but he does not consider himself to be anything special, saying that there are many good doctors working in their hospital. That said, in 2018, Mikhail Kobylkin was awarded the title of ‘Doctor of the Year’ in his region.

“How can one consider oneself to be the best? How many doctors are there like me? Thousands!” Mikhail says. “How many doctors who perform such complex operations as organ transplants?! But I am, of course, very pleased to receive this recognition from my colleagues. It is a certain milestone in my 32-year-long career.” 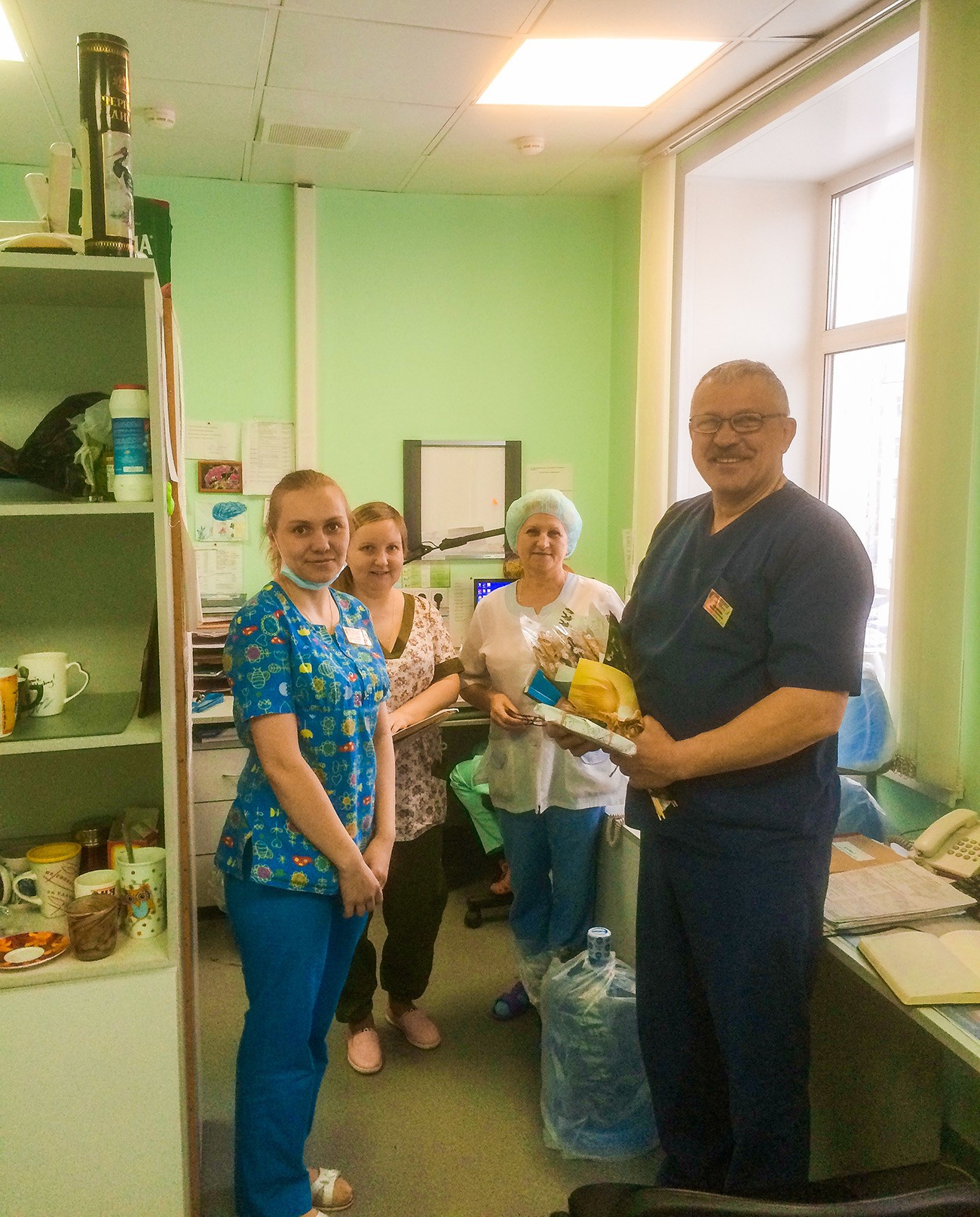 Mikhail's son, too, has become a children's surgeon. “He is my right hand. In my absence, I know that work will not stop, that a worthy replacement is being trained." Konstantin is an experienced doctor himself and has gained recognition in other countries. Like his father, he has joined Operation Smile and travels around the world doing free surgeries: he has already been to the Philippines and India twice.