Lifestyle
Daria Aminova
Courtesy Live Now Foundation
Music affects various parts of the brain simultaneously. Therefore it can "break through" to a patient's consciousness even when everything else stops working.

A young woman is playing the oboe in a boarding school for children with special needs. A boy, about seven years of age, is sitting in an armchair, looking at the floor and not responding to the music. Then the girl changes key and starts to rock to the rhythm of the accelerating melody. And now the expression on the boy's face gradually begins to change and he even starts to move a shaker back and forth to the beat of the melody.

This is what a music therapy session looks like. The boy has severe autism and this musical dialogue is one of the few ways for him to interact with the world. Music helps children with similar diagnoses to start to express themselves and develop their power of speech and other cognitive functions.

"Even after a concert of classical music we feel rejuvenated, rested and full of renewed energy. Still, all this is not yet music therapy," says Alisa Apreleva, a music therapist and the founding director of the educational project MuzTerapevt.Ru. The difference between just listening to music and music therapy is that music is used in a targeted way.

Music therapy works because music is so multifaceted that in our brain there is no single area that is responsible for its perception. "The ability of music to be a strong stimulus has given researchers the idea that, thanks to music, a new way can be found to restore a lost function. The brain itself will find the way. This is how speech is restored after a stroke, for instance," says Maria Pakosh (Ilchenko), music therapist with the Zhivi Seichas [Live Now] Foundation and curator for the use of music for therapeutic purposes at the Senior Group care homes for the elderly. 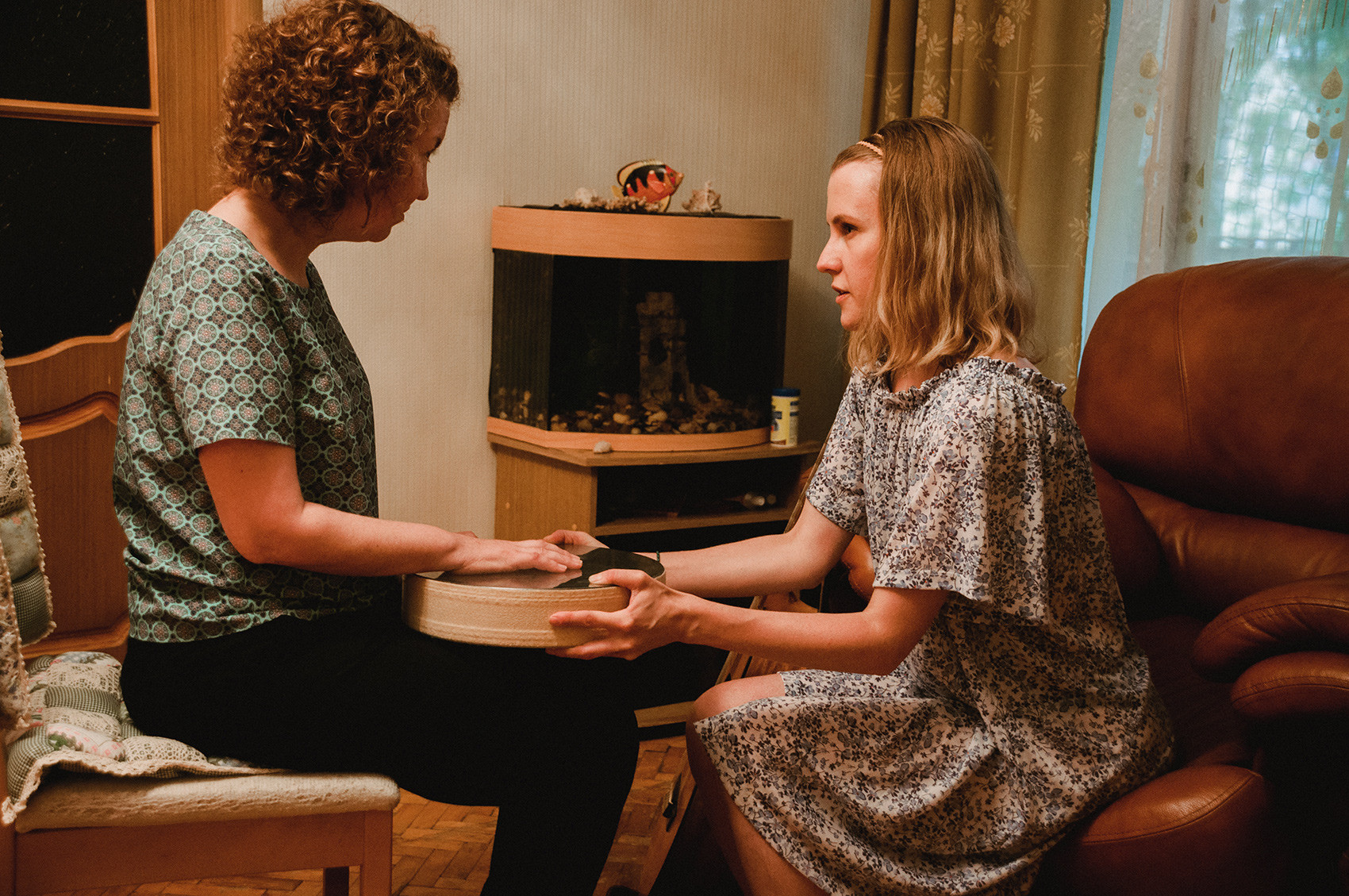 Also, music gives a sense of security as it can be started and ended, and has an intuitive predictability. Music improvisation in general is associated with the moment when a person experiences a child's sense of freedom and when "everything becomes possible". 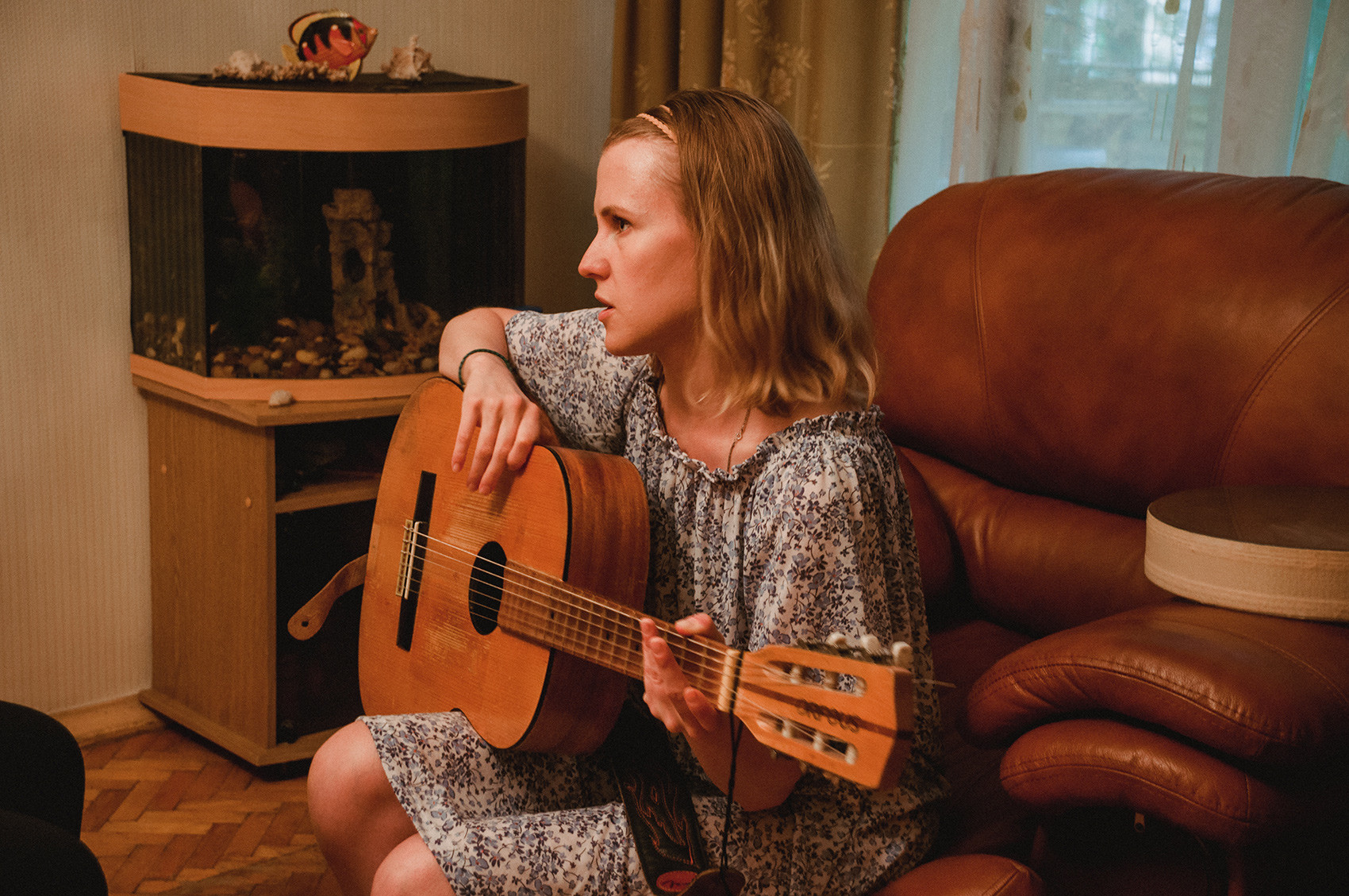 Anglo-American neurologist and neuropsychologist Oliver Sacks used to say that, even if a person cannot walk, he can dance, and, even if a person cannot speak yet, he can sing. "At times, nothing apart from music can reach a person who lives in his own small world as a result of memory loss or other mental disorders. And we don't know whether he feels good or bad there," says Maria.

There are two main principles of music therapy:

1. Music for non-musical purposes. "A therapist is unlike a musician, and pursues different goals: Music not for the sake of music but for interaction," Maria Pakosh (Ilchenko) says. "An important difference compared with a concert is that at a music session there is no physical stage, no border. For example, if an elderly woman with dementia is seated in a chair, I will kneel in front of her to maintain eye contact and an equal position." 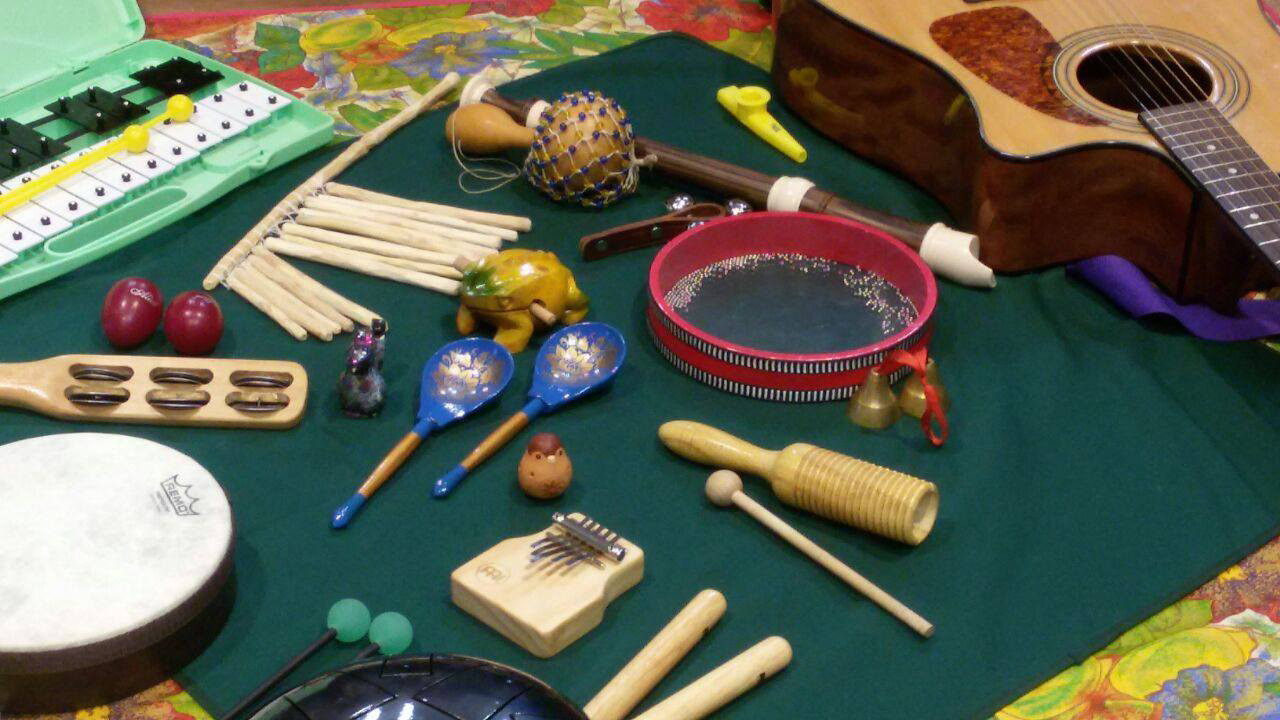 2. A music therapist is the mirror of the patient. At a session they always employ music that the patient prefers. There are no preset rules or a universal prescription here, and the "ingredients" are always determined on the basis of the patient's medical history and wishes.

For instance, the more severe the dementia, the fewer words a therapist will use. In addition, different techniques can be applied: Improvisation, relaxation or drawing to the sound of music, music exercises etc.

How does a music therapist work?

Any session, just like any medical treatment, starts with identifying the goal: For instance, speech recovery after a stroke. But one of the universal and global goals of therapy is awareness, making the patient feel that they are present "here" and "now". With many conditions the cognitive functions are affected and a patient finds it difficult to even make a choice. Music therapy brings them back to reality – when a patient is asked to choose a musical instrument, for example. 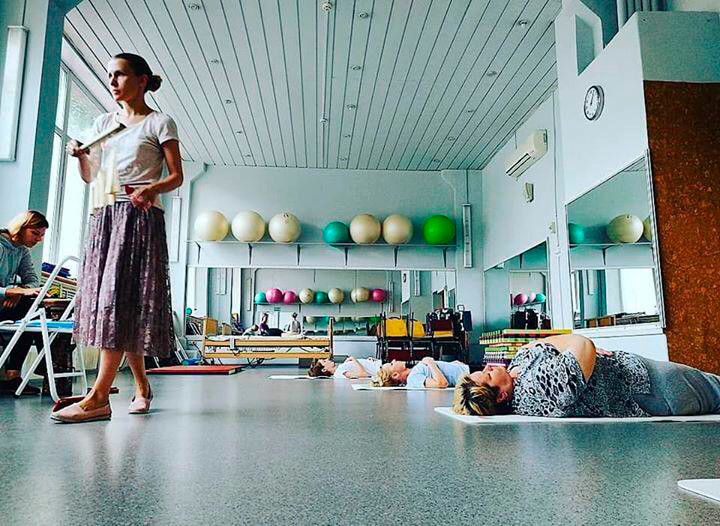 A music therapist collects the "musical history" of a patient and, if the latter is an elderly person, a therapist will study the songs that were familiar to them when they were young (between 16 and 30, which is the peak of emotional activity).

It is quite possible that in the future there will be algorithms that will compile a patient's "musical history" and big data about a patient's condition; music therapists could be replaced by robots. Maria believes that, on the one hand, this will help make music therapy more accessible because everyone will have the means to interact with therapists on their smartphones. On the other hand, one shouldn't expect that robots will fully replace human beings because the robots will have to be set up and coordinated.

How does folk music affect patients?

A music therapist always takes into account not just the diagnosis and a patient's personal goals but also their background, including national and ethnic identity.

In one Asian country they even did research on what music is more effective for therapy for the older generation: The music of their youth or unfamiliar music of their ethnic group. It turns out that ethnic music is no less effective. "Every person is part of a tribal system, and ethnic melodies are our return to our roots. We remember what we heard when we were still in the womb and what our grandmothers and grandfathers listened to," says Maria.

It is no coincidence that the Russian people are regarded as musical: Russians are brought up on lullabies, round dances, singing round the campfire and drinking songs at the dinner table. Russia has even developed the concept of bell therapy because the low sounds of a ringing bell have a calming effect on the human nervous system. Patients are invited to simply ring a bell in a belfry. 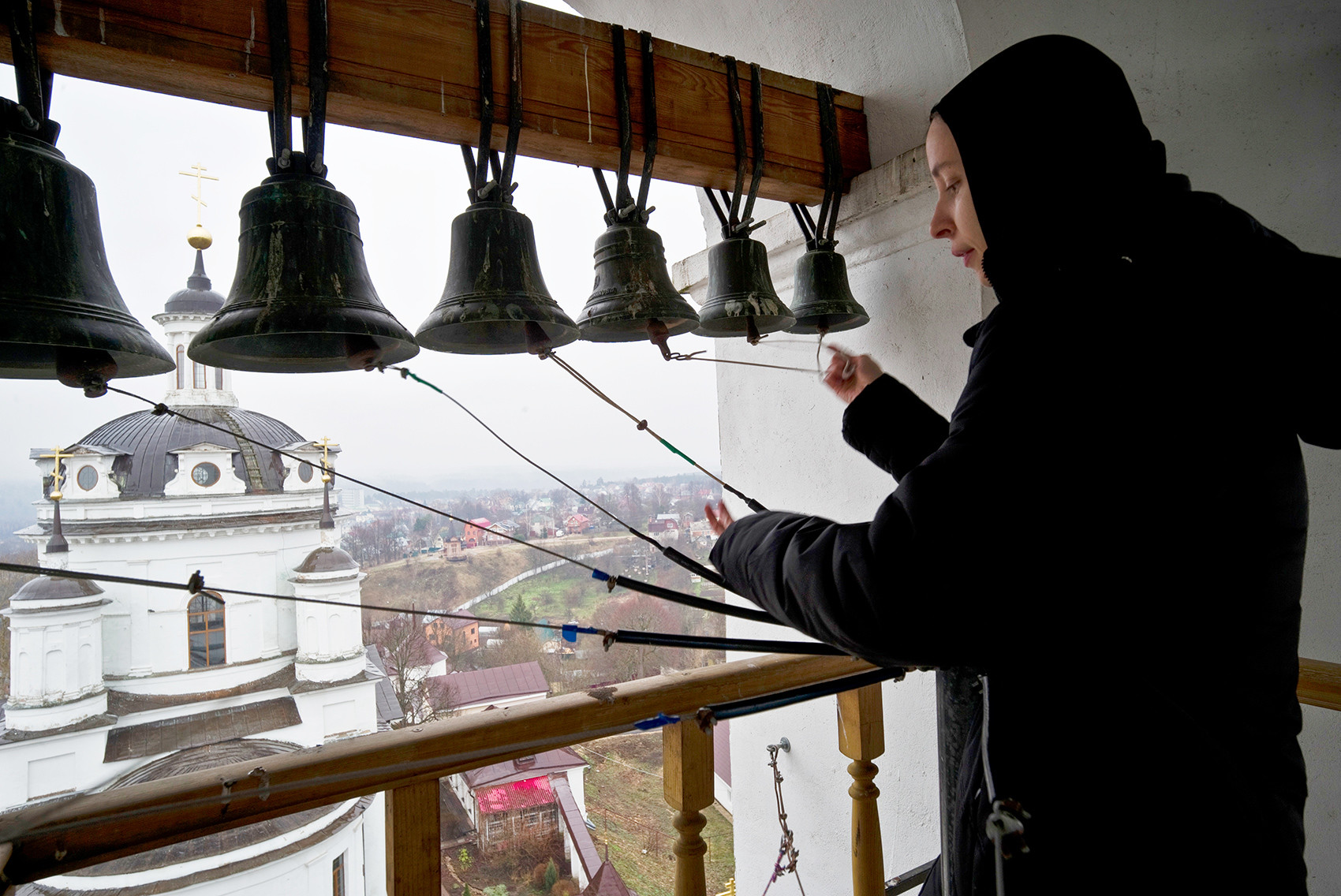 "Using a bell as part of medical treatment is one of the variations of sound therapy. We have bell ringing "imprinted" on our subconscious minds and it creates certain positive emotions at the very least," believes Professor Sergei Shushardzhan, president of the Russian National Association of Music Therapists and doctor of medical sciences.

Many countries have discovered the same thing: For example, in India singing bowls have been used since ancient times.

Who are the patients?

The deliberate use of music makes it possible to pursue therapeutic treatments in very different fields. On the basis of research carried out to date, music therapy is already successfully applied in pregnancy and childbirth, early child development, in psychiatry and the teaching of children with mental and physical handicaps, as well as in work with children with special needs and autism. Music therapy is often used to alleviate the condition of cancer patients, as well as people who have found themselves in emergency situations.

As far as adults are concerned, they are, above all, people with Parkinson's disease, dementia, amyotrophic lateral sclerosis (ALS), chronic fatigue and patients recovering from a stroke, as well as chemically dependent patients.

Music therapy helped Denis to recover his speech after a stroke. "At sessions we used different instruments. I remember the guitar best because before the stroke I used to play it. I can describe myself as musical by nature, so for me it was not difficult to take even an unknown instrument and start playing familiar pieces. I think that, if a person has speech problems, it is worth using music therapy alongside sessions with a speech therapist. The sessions have helped me a lot: My speech has become smoother and richer. And these are not my words – it is the opinion of my wife, and she can judge me empirically!" 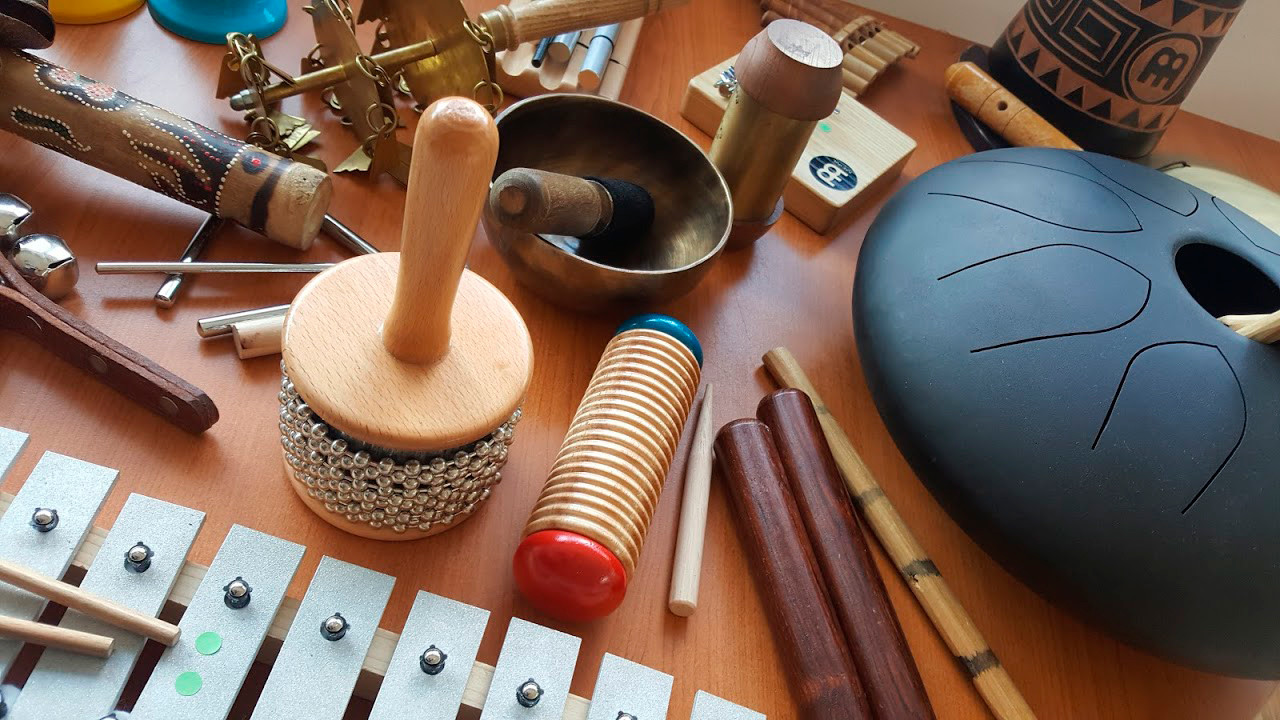 Music therapy can also be effective in psychotherapy. According to Maria, she successfully used music and a conversation about the important songs in the life of two female patients to discuss their diagnoses and prognoses with them. She hadn’t managed to have such conversations with them at conventional therapy sessions.

Music therapist: Does such a profession exist?

Even in Ancient Egypt they knew about the positive effect of music: Music was used during childbirth. After World War I and World War II, professional and amateur musicians visited hospitals to alleviate the suffering of veterans. But the jury is still out on whether there is such a profession and whether it should be taught.

In 1985 the World Federation of Music Therapy (WFMT) was set up in Genoa in Italy. Russia still doesn't have a single official organization to licence therapists. However, a certificate can be obtained by means of various further education courses.

The Kazan State University of Culture and Arts offers a course in music therapy where students are taught using a proprietary methodology. Nevertheless, music therapists often find employment with state organizations via their main profession – for example, that of clinical psychologist or music teacher.

It is assumed that a music therapist should be a generalist in some way – for example, understanding how to work with a pregnant woman and a hospice patient alike. But in Russia specialists usually choose a narrower specialization: For example, they by and large work with autistic children. Admittedly, after five to seven years most professionals begin to work with patients of different ages and with other diagnoses.