U.S. baby with ‘Batman’ birthmark gets groundbreaking treatment in Russia 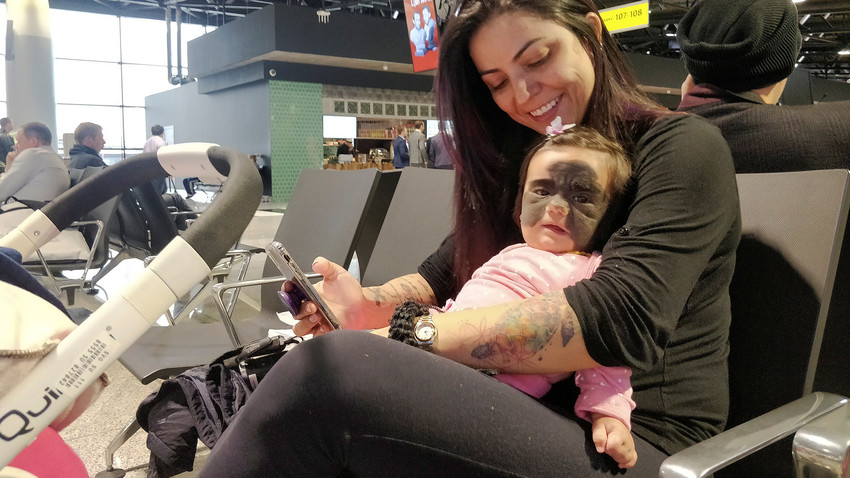 Reuters
Doctors from Krasnodar have promised to help 6-month-old Luna Fenner get rid of the giant nevus birthmark.

Luna Fenner from the U.S. arrived in Krasnodar on Sept. 25 with her mother Carol for medical treatment. The baby was born in Florida in March 2019 with a huge birthmark in the shape of a “Batman mask” on her face. Her parents were hoping that American medics could help her, but surgeons said the baby would be subject to dozens of laser treatments, which would take at least 4 years. And they didn’t give any positive forecasts.

Moreover, the family’s insurance company refused to cover the girl’s medical expenses, and for her family, the treatment would cost about $400,000.

Luna’s parents set up an Instagram page to celebrate her daughter's uniqueness, only for cruel trolls to call Luna a “monster” who “should be killed”.

They even started a crowdfunding page to raise money for the treatment, when a surgeon from Krasnodar, southern Russia, learned of her case in the media and offered his help. Popov claims to know a pioneering technique, which involves only 6 to 8 surgeries over 18 months and costs around $150,000.

So, Carol and her husband, Thiago, decided to bring their child to Russia. “They have technology there that isn't available in the U.S. yet,” Carol said.

"Actually, before I came, everybody called me crazy to go here [to Russia], to try something so far," Carol said to Russian journalists at Krasnodar airport.

According to Andrei Alexutkin, head of Krasnodar Hospital, where Luna will get the treatment, the first stage of her cure will commence at the beginning of October, as she needs to acclimatize first.

“We have already conducted similar surgeries that our American patient needs. The only difference is that they were on a smaller skin area. However, we are confident that the treatment will be successful,” he said.

Alexutkin also noted that Carol and Luna will have to stay in Krasnodar for the full 18-month treatment period. However, the clinic is willing to provide them with an apartment.