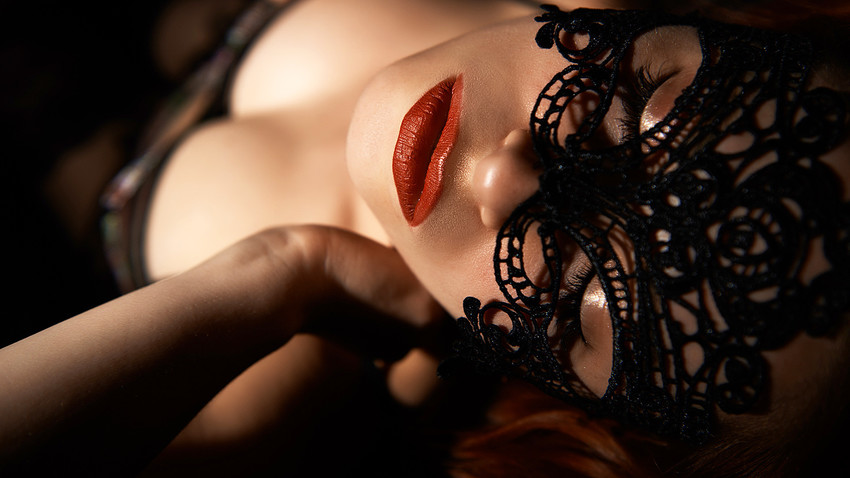 Getty Images
How would you feel in a place where you won't be disturbed whatever you do? Spoiler alert - our correspondent felt uncomfortable -, and at times terrified!

In front of me is a narrow neon-lit hall. A crucified doll is hanging from the ceiling. On the right is a shelf with dolls in all manners of sexual positions. On the left are black doors numbered one to 13, each with a sign saying "Fitting Room".

"In Russia such places are absolutely legitimate since we do not provide sexual services.  But, just in case, in our paperwork the place is described as a hire studio for various devices. Hence there are "fitting rooms" where such devices can be tried out," explains Yevgeny, the manager and co-owner of the establishment. He asks for his surname not to be disclosed. 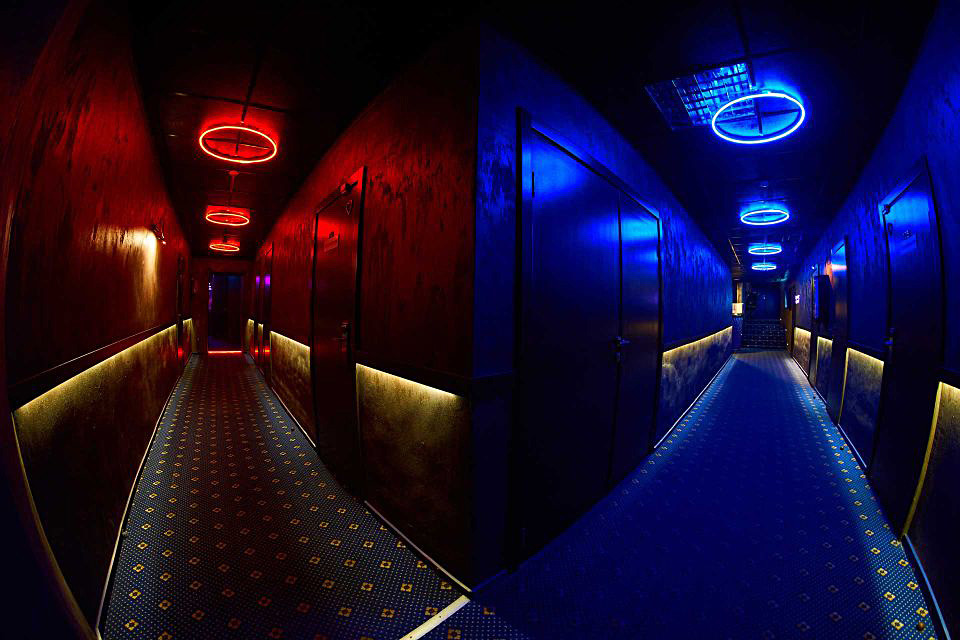 From some "fitting rooms" barely audible moans and more rarely screams can be heard.

Leading the way, Yevgeny opens one of the rooms. The first thing you see is an enormous St. Andrew’s cross with bondage chains. Next to it is a cage, and a little to the left a guillotine."Oh, some real adepts have been here," sighs Yevgeny.

Godzhi opened in 2015, almost immediately after 50 Shades of Grey was released in Russia.

The hotel is located in the same building as the Father Pavel Florensky Museum and the Ministry for the Development of the Russian Far East and Arctic. 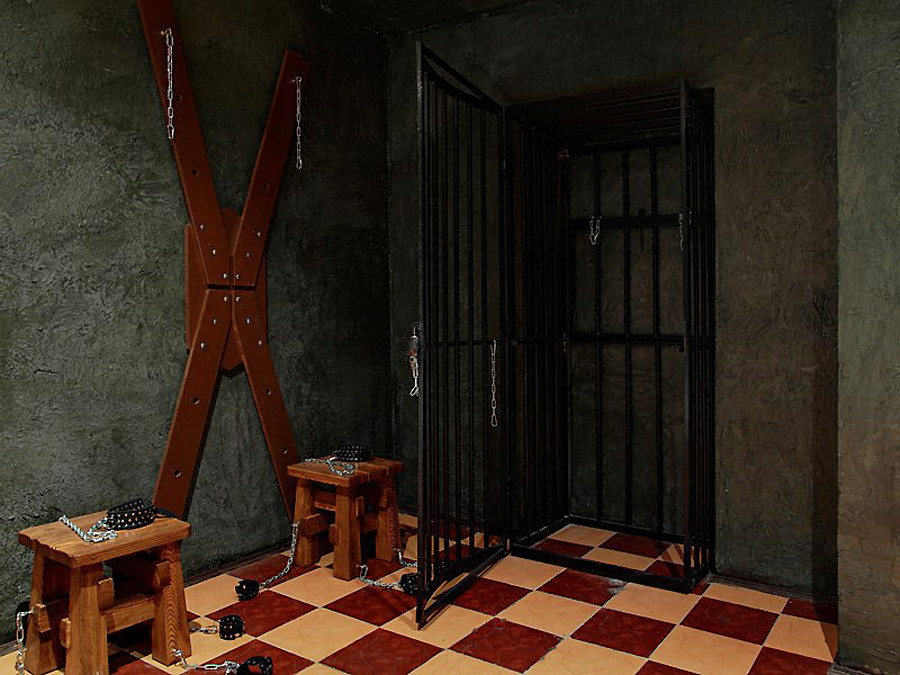 Anyone aged 18 and over who doesn't come with a prostitute and is not under the influence of alcohol or drugs can stay at the hotel. The cheapest room costs 2,950 rubles ($45) and the most expensive one with a jacuzzi 6,800 rubles ($104) a night. During the day, the hotel does hourly rates.

All customers are given a basic set of accessories in a disposable bag - flip flops, blindfolds, gags and other toys. After each client, items are cleaned with special solutions and put in a room with a quartz lamp for several hours. Larger devices are also wiped with an impregnated cloth.

The management guarantees full anonymity and a completely free hand - no-one would dare disturb clients while they are in their room.

But sometimes this can turn out badly for the hotel. One of the rooms with a bed for at least six people had a strong smell of cannabis. "In such cases we put the client on a blacklist and don't let them use the hotel again,"  Yevgeny explains.

Yet another room has an ornate throne, a cage for between five and seven people and a sex machine. A cleaner collects condoms from the floor and throws soiled bed sheets in a pile.

"This time there is no urine or excrement. When that happens, it’s enough to ruin your mood for the rest of the day," the girl complains. Admittedly, she says, there are even worse things. For example, it is very difficult to get wax off the floor. Also, at least once a week, traces of blood can be found in the room, and then she feels terrified, finding it difficult to imagine anyone agreeing to such things. 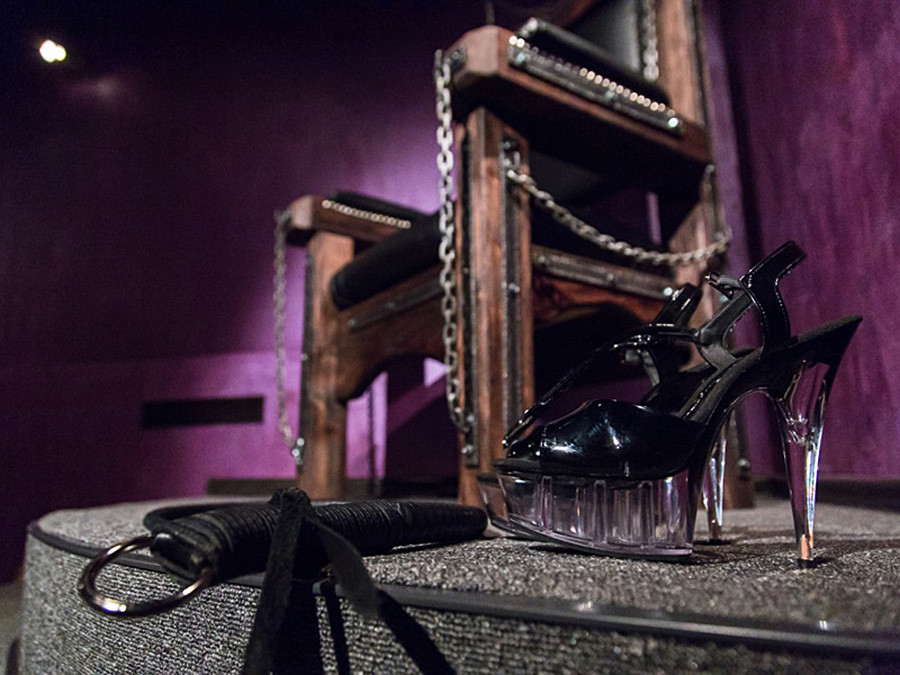 "Once, two young girls wanted to rent a room at our hotel in order to cut off their girlfriend's nipples. Of course, we didn't let them stay," he says.

A month ago the receptionist also heard some blood-curdling female screams -  a girl tried to run out of the room, but several men dragged her back by force. As a result, the girl was rescued and the men were kicked out after the hotel called the police.

Well-off and influential people can also cause problems."One businessman came for a couple of hours. In the end he and his mistress got drunk and he wouldn't open the door all night. In the morning we called the police - they were both out cold and there were drugs on the table. The pair were taken to a police station, but they never paid for their stay," the hotel manager laments. 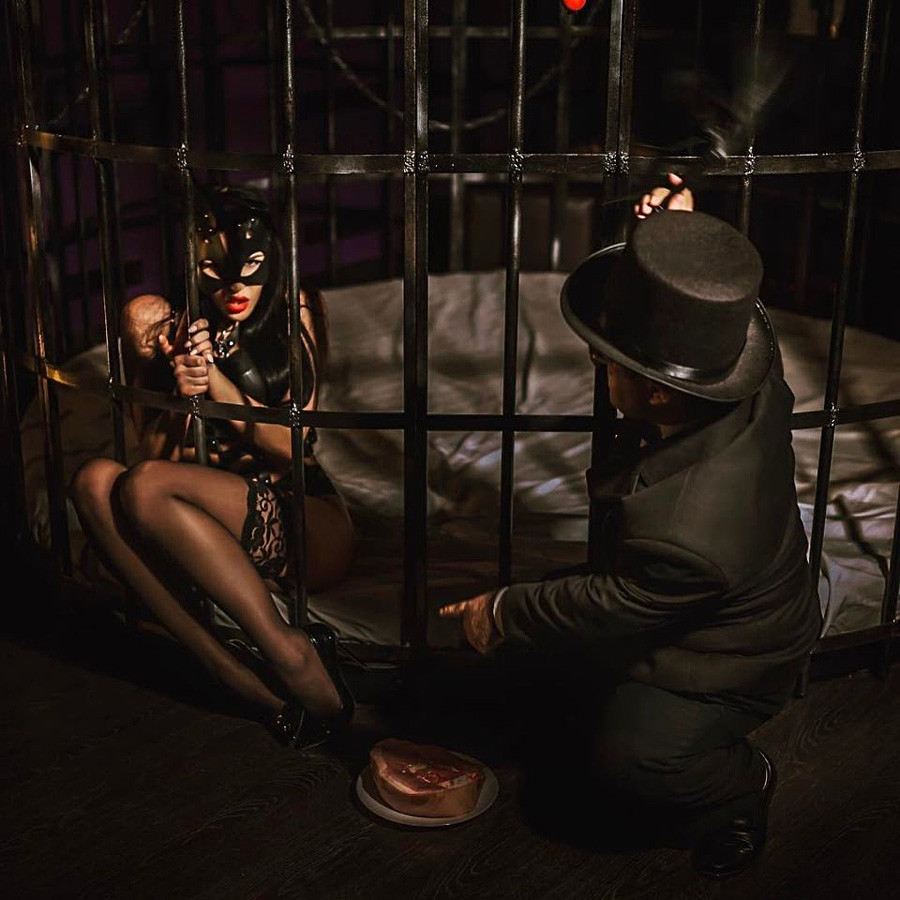 Grannies living in the same building are also unhappy with the hotel. They see Godzhi as a brothel and a hotbed of debauchery.

"We were flooded by water coming from an elderly woman’s flat and for literally two weeks she refused to let the workmen in to sort it out. We almost ended up in court - we found it very difficult to persuade her," Yevgeny says.

Not just for sex

"Here is some liquid, probably saliva. Oh no, it's not saliva." Yevgeny, with the demeanour of a scientist, is trying to assess the state of one of the larger devices. We are inside their most popular room, which has an ordinary bed and a crossbar suitable for whipping or Shibari. There is a small window between the bedroom and shower. Kylie Minogue can be heard quietly crooning from the speakers. 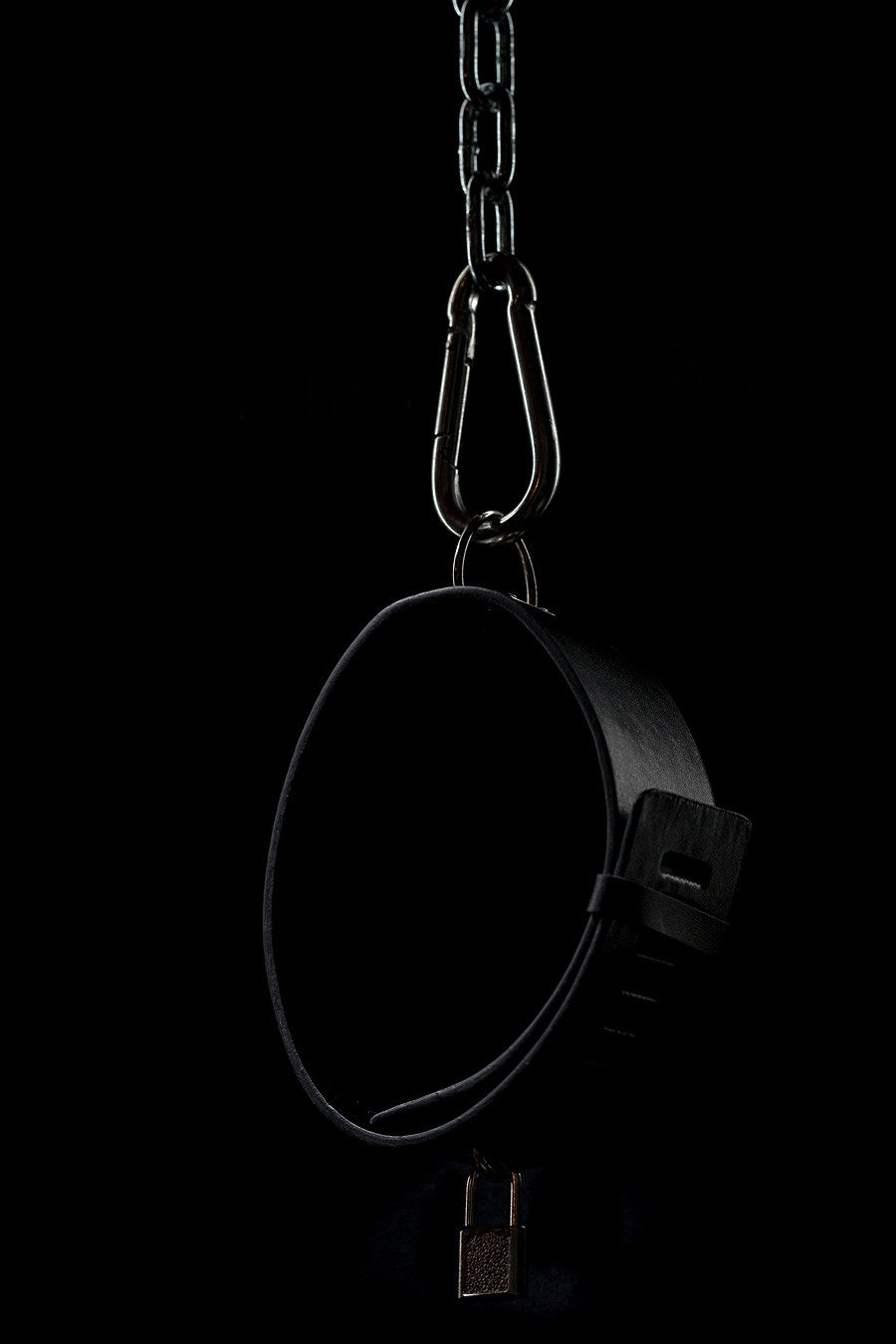 Some clients come not for sex but to sleep or even have a laugh, the Godzhi manager says.

"Once two men booked the most expensive room with a jacuzzi and simply chatted for two hours. The bed sheets were untouched and nobody used the shower. When they were leaving, they confessed they had simply come 'for a laugh'," recalls Yevgeny. 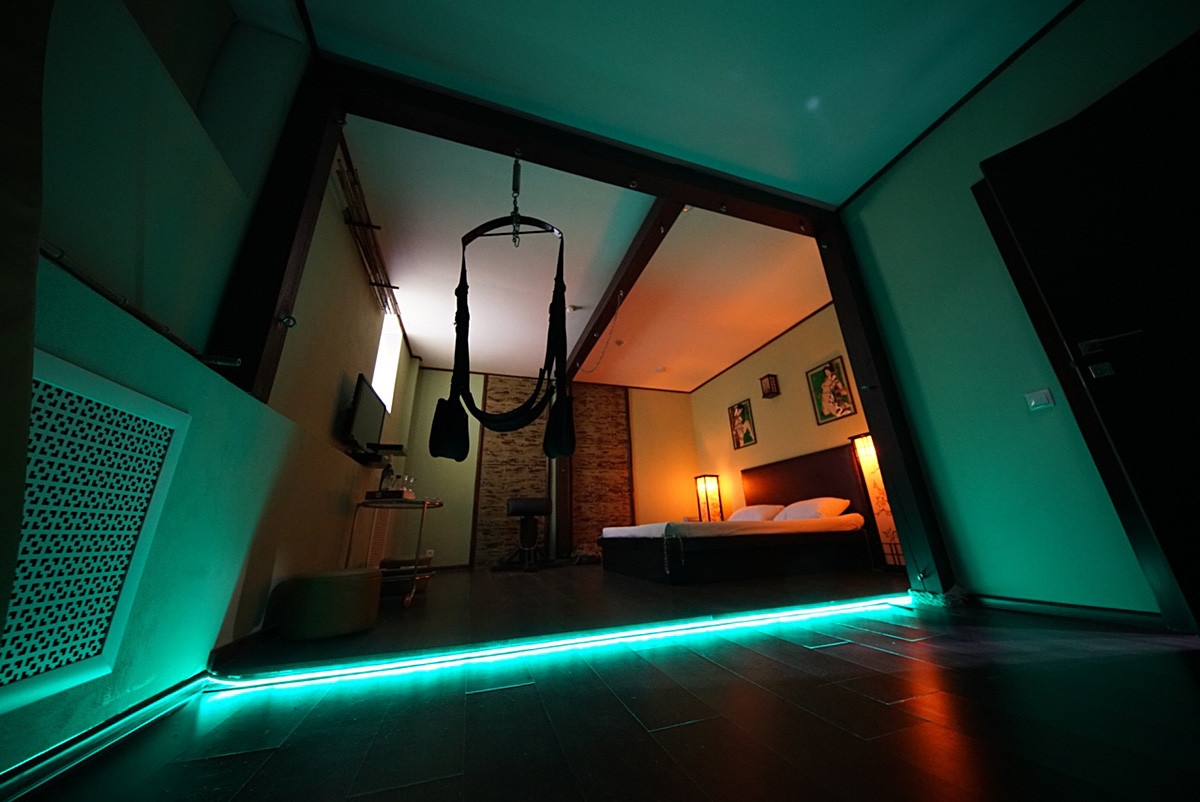 "They booked the cheapest room - there aren't too many toys there. So he didn't even understand anything. He slept all night, and in the morning said thank you and left," the manager recalls.

Just a craze, not business

The hotel has just two rooms. Apart from spending the night, the hotel owners suggest that you celebrate your wedding anniversary or have a photo shoot here. The website says that in October the rooms have been booked eight times.

"In Moscow it is a business, while here it is a craze with a very different cultural perception. In the regions, the format wouldn't warrant expanding to a conventionally-sized hotel. We don't have that many tourists here compared with the capital," hotel owner Anton (he asked for his surname not to be disclosed) explains. 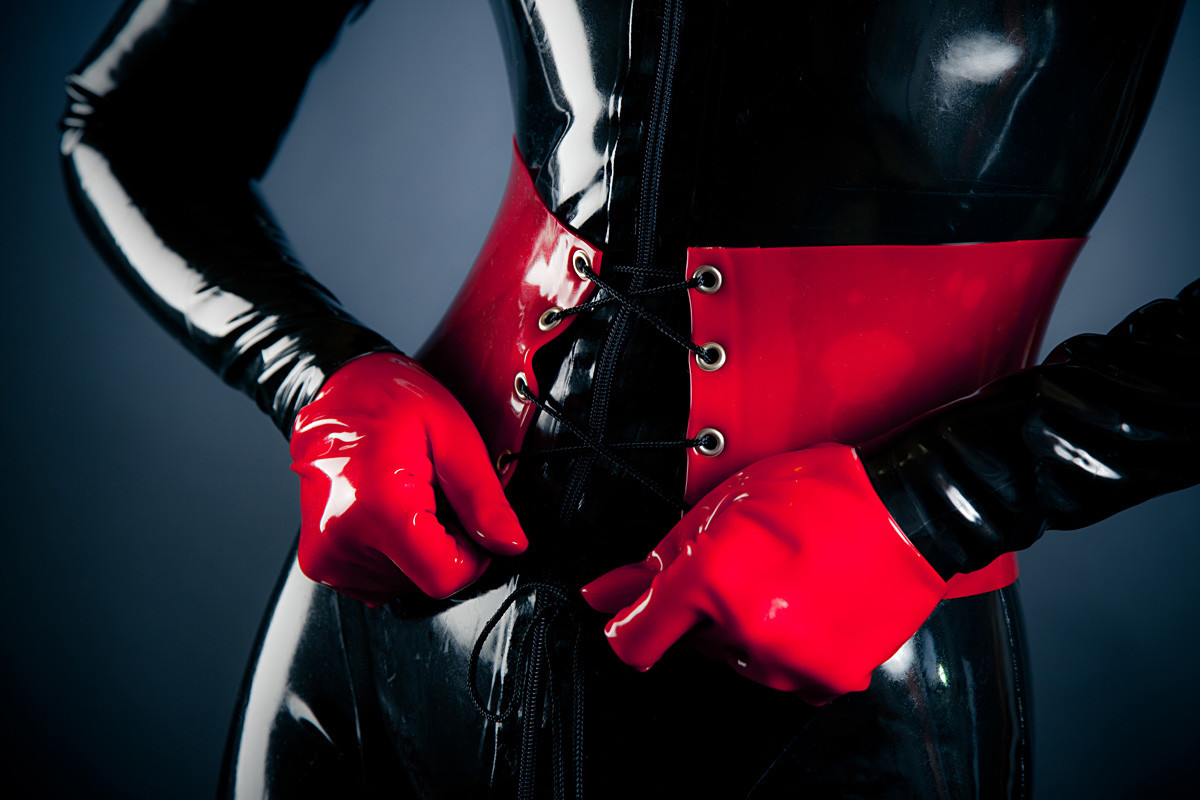 Godzhi has future plans to open hotels in the regions, says Yevgeny. They have already received proposals from Tatarstan.

In the hallon the way out we meet a voluptuous brunette aged about 30, in trainers and draped in an enormous duvet. She looks like a typical accountant. After passing us, she knocks on the door of one of the rooms. A single male hand appears from behind the door. With the words "Hi, we've been waiting for ages", she is roughly pulled inside. 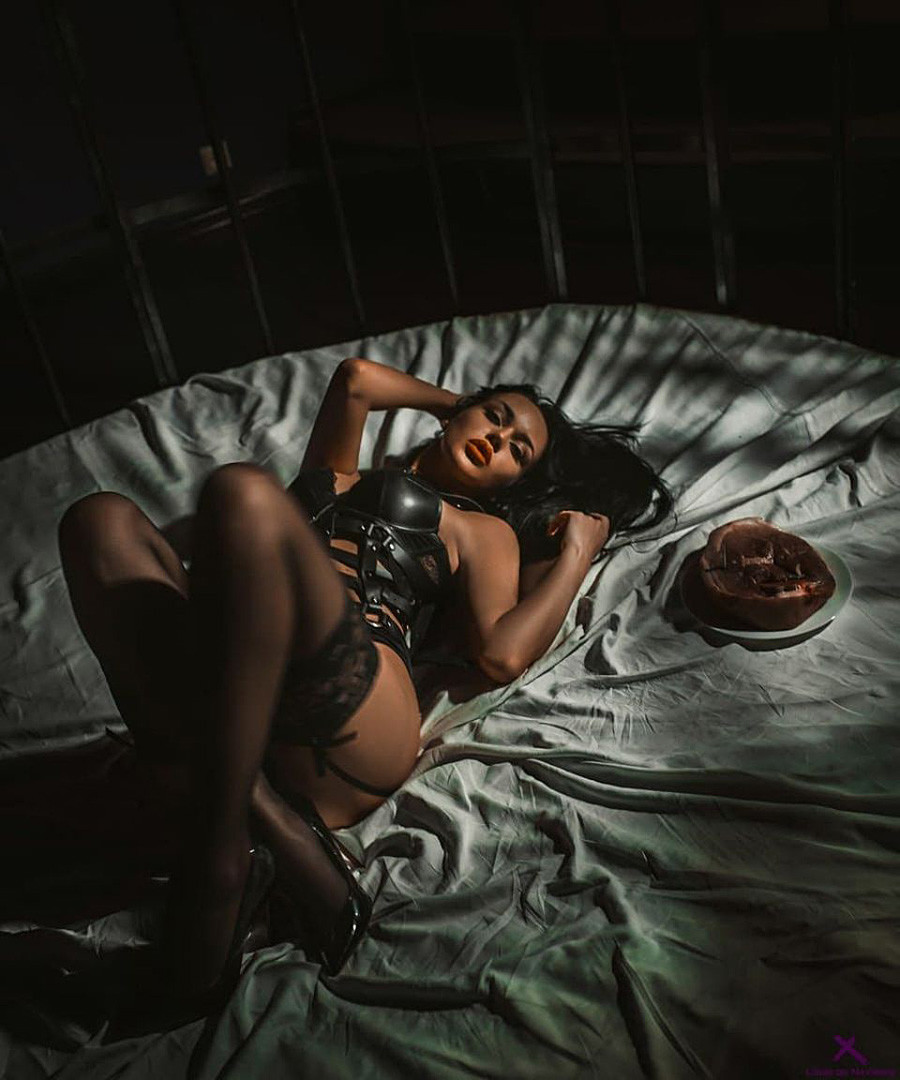 "Oh, it’s the group sex room, with a gynecological examination chair. Often groups of as many as 15 people use it," Yevgeny explains, after the door shuts. There is an awkward pause. "To be honest, I am disgusted by it all myself. Still, let them take out their anger and frustration here rather than go out and become sex offenders," he concludes.