How do Russians treat plus-sizers?

Lifestyle
Victoria Ryabikova
Getty Images
“Like anyone else,” say the majority. But things change when overweight people try to start a relationship.

A blue-eyed blonde of about 15 sits at a table in a small coffee shop, periodically checking her phone and watch. She took a long time deciding what to wear, but settled on a loose sweater and black jeans — to hide her plump legs and the small folds on her stomach.

After about ten minutes of waiting, a boy walks into the cafe. She almost jumps for joy — he looks exactly like he did online. As for him, he stares at her with poorly concealed disappointment, as if hoping that someone else will magically appear. After a short pause, he offers a strained smile and his hand. They met on a social network, and this is their first date. Ekaterina was in ninth grade at the time. 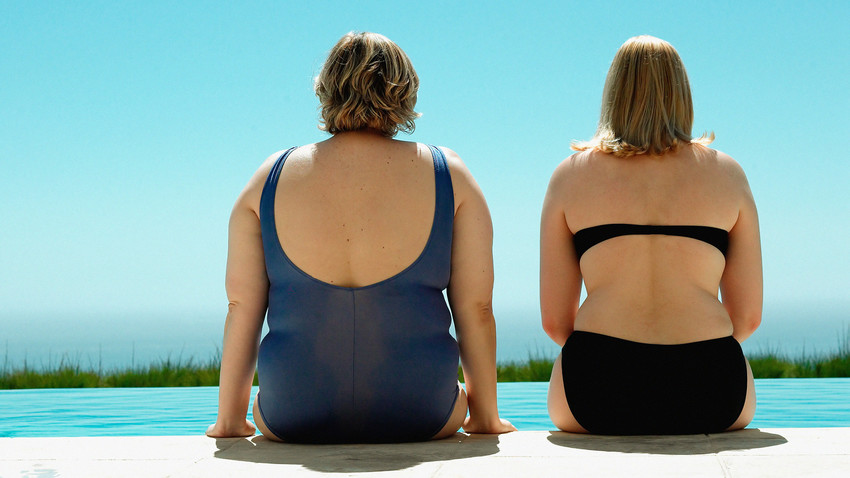 “He seemed nice, asked questions, smiled at me. And then he went to the toilet and didn’t come back. I waited an hour. Then he texted me — I don’t remember what exactly, but it was about my weight and appearance. I’d only sent him my most flattering photos,” recalls Ekaterina.

Today, Ekaterina is a 27-year-old psychologist. Her life began to improve only after shedding 40 kg. She agrees that excess weight is a major issue in Russia, but even more serious problem is people’s negative attitudes toward the overweight, she says.

Ekaterina is sure that adverts showing skeletal models and celebrity slimming news are to blame for her continuing body-image issues.

“Popular Russian brands and showrooms have almost no clothes larger than European size 46 (US 16, UK 18), and underwear is a problem too. For overweight people there’s H&M+, Asos, and Pretty Little Things, but these are all foreign brands. Plus-size models in Russia are still considered ‘exotic.’ The day when our media describes a buxom woman as sexy is still a long way off,” she complains.

She believes this is partly why men are put off by a woman carrying a few extra pounds.

“They might have a great personality, but not everyone likes it. Girls just have to come to terms with that, and not be offended,” 29-year-old sales manager Yegor shares his views on corpulent women. 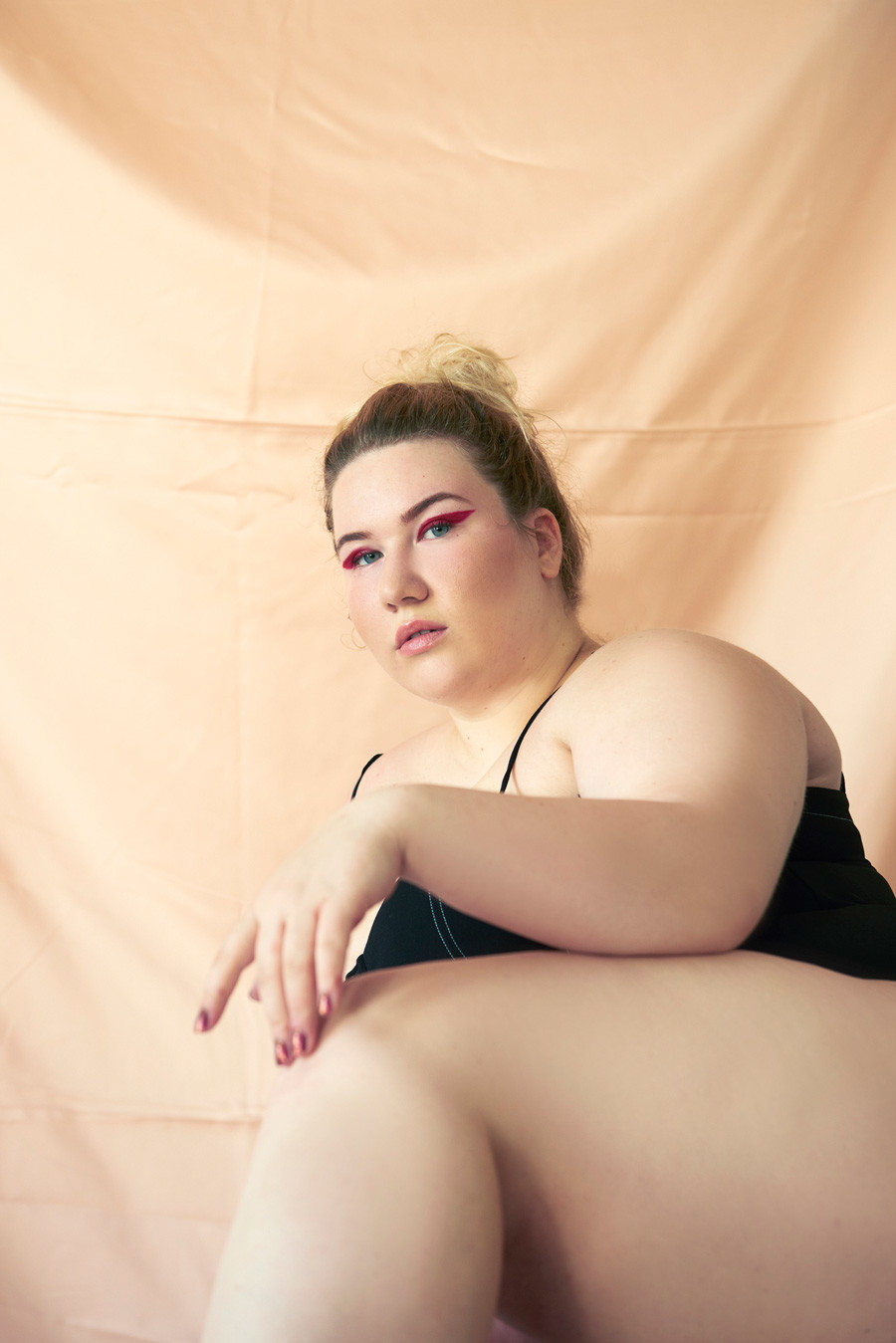 Most of the men I spoke to agree with him. Alexander, a 36-year-old system administrator, admits that despite having a positive attitude towards overweight women, he could not have a relationship with one.

“I can’t help it that they simply don’t arouse me. Just imagining the wobbling fat is a disgusting thought,” he says.

Dmitry, a 32-year-old product manager at a brokerage firm, describes obesity as “not important in getting to know someone,” but admits that he feels sorry for fat people. “I have pity for the properly obese, because they likely have a metabolic disorder. But those who whine about being fat, but do nothing about it, don’t get my sympathy,” he explains.

Some men believe that an overweight woman can be attractive, but associate it with biology or unresolved Freudian-esque issues. 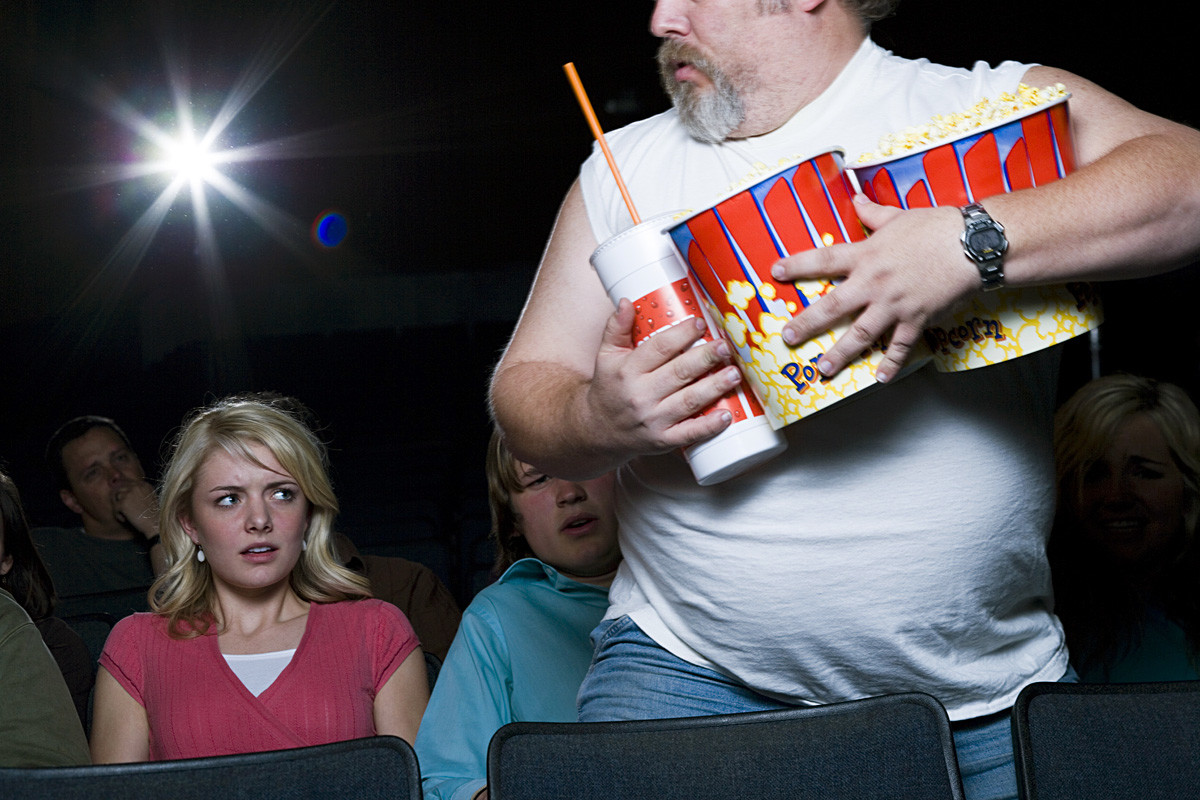 “I always had a bad relationship with my mother. She was thin, didn’t even breast-feed me. Perhaps that’s why I prefer full-bodied women with large breasts,” says Ivan, a 30-year-old mature student at Bauman Moscow State Technical University.

The number of obese Russians has doubled since 2011, Irina Bragina, deputy head of (deep breath) the Federal Service for Supervision of Consumer Rights Protection and Human Well-Being (Rospotrebnadzor), told RIA Novosti. At the same time, more than half of all Russians over 30 are considered overweight, reports the service.

The reason for the negative public attitude to overweight people is to do with instinct, says psychologist Irina Ryzhkova. 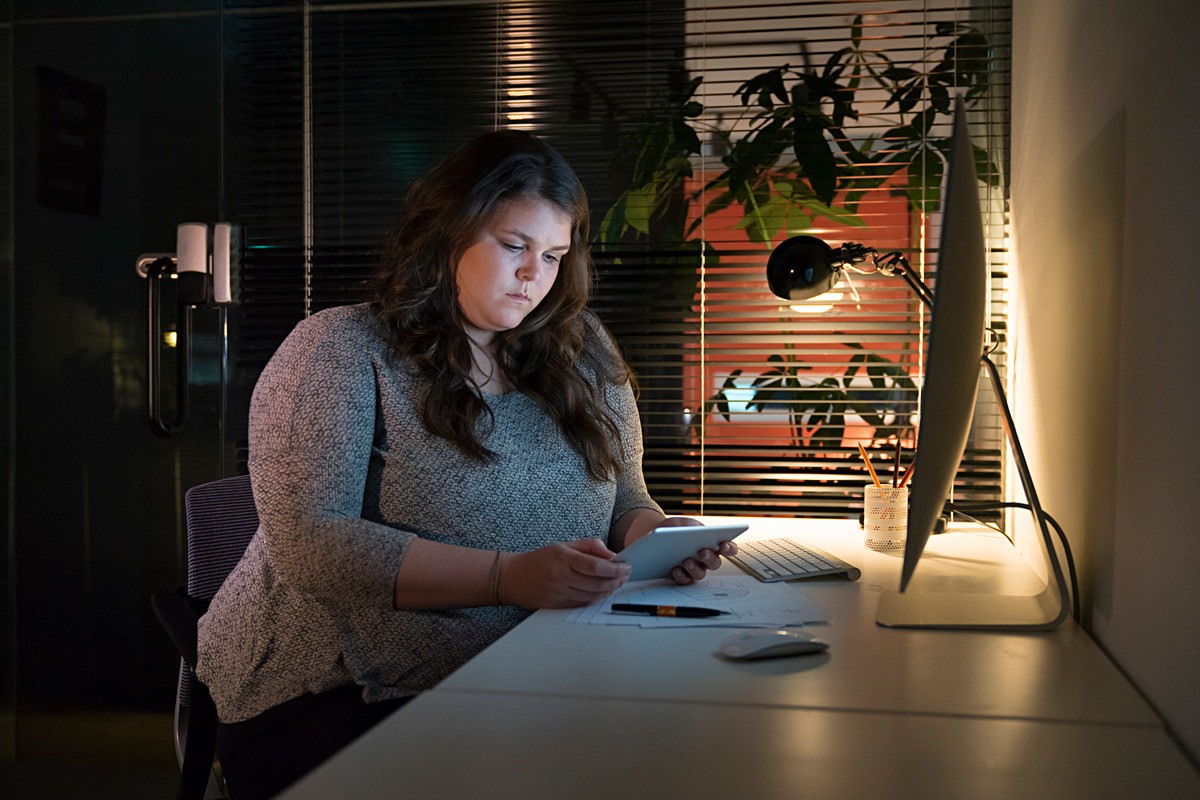 “Psychologically, stout people seem large. So overcoming them physically is harder, and therefore they are more dangerous. These thoughts do not occur consciously, but create the impulse to avoid those with a heavy build,” Ryzhkova explains. “Also, modern psychology interprets fatness as a kind of screen that protects the individual against other people or negative circumstances.”

Public opinion and the constant pursuit of beauty ideals add fuel to the fire — there are fewer fat people, which means there must be something "wrong" with them.

“Look at famous and successful overweight people. The secret of their success is that they enjoy life. They attract other people with their confidence and charisma, rooted in firm self-esteem. So develop self-esteem, and you’ll cope with any life situation,” Ryzhkova sums up.

“It’s OK for me and my husband, although I would like to slim down a bit. But my grandmother said I looked like a cow, and my aunt recommended different diets. When I introduced my mother to my husband-to-be, she told him in front of me: ‘I’m sorry she’s so fat. Get her to lose weight,’” she recalls. 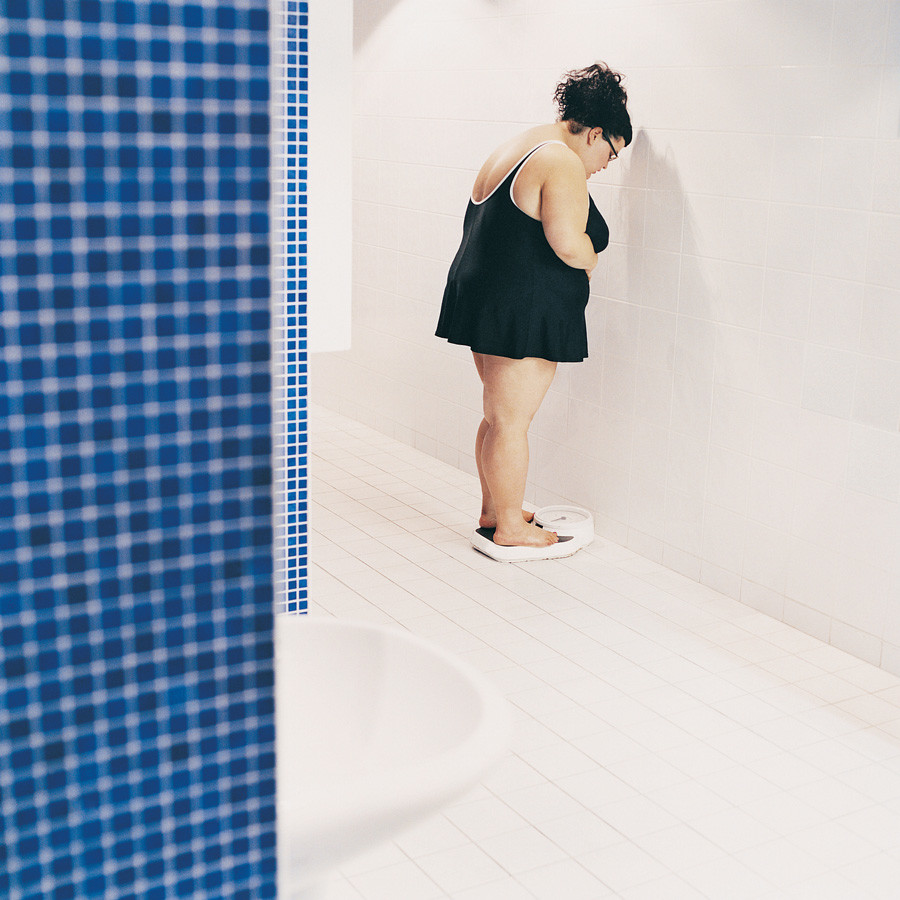 In her opinion, passers-by in the street might not even notice an overweight person, but their “well-meaning” relatives will hound them. Moreover, large ladies often experience disdain mostly from other women, who use them to massage their own self-worth.

Women are also less tolerant of overweight men, it turns out.

23-year-old photographer Evgenia spent most of her life playing volleyball, and her first boyfriend had an athletic body. These days she cannot date plus-size men. “Lenya had a beer belly. When I wanted to hug him, all I hugged was his stomach. If a man can’t control his own body, what could he possibly give me? Fatness is a manifestation of weakness,” she argues. 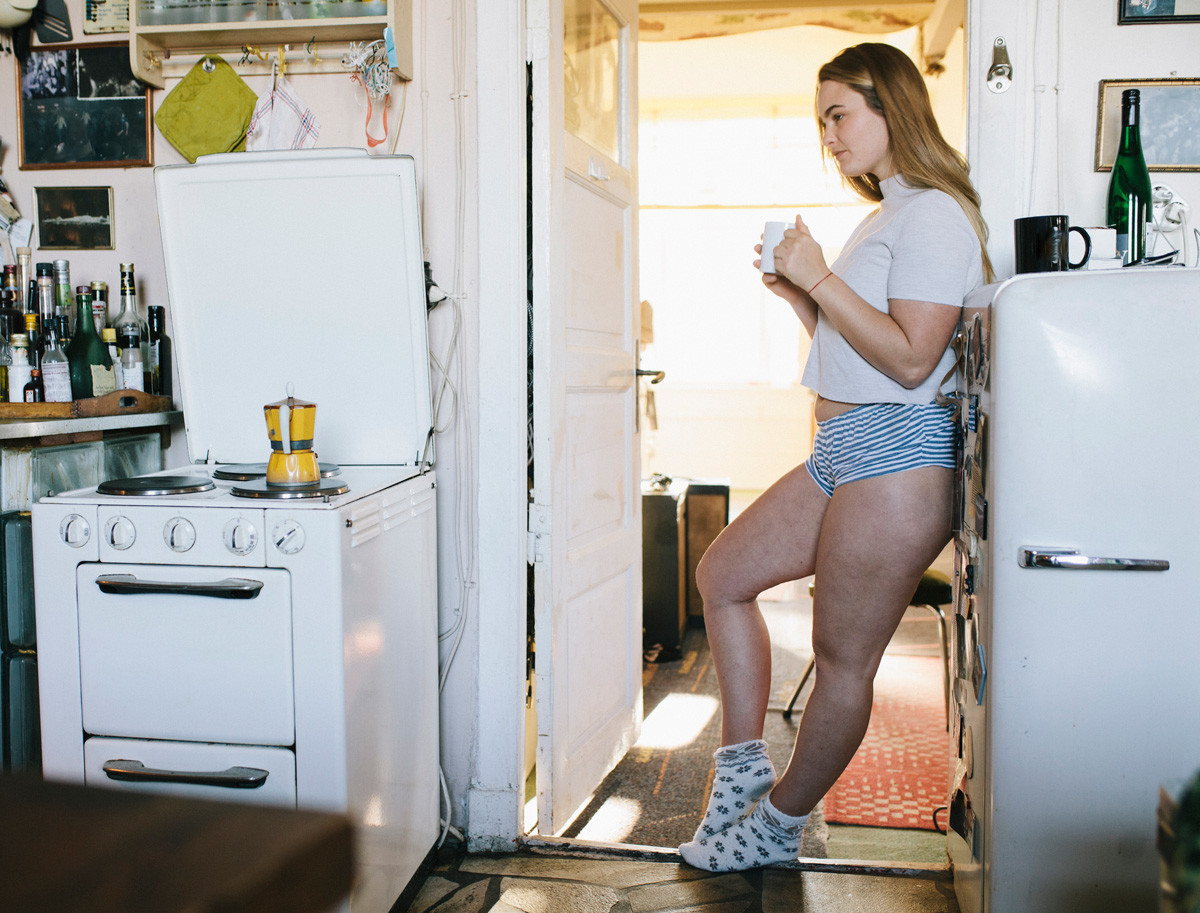 Anatoly, a 25-year-old photographer, was always overweight and never attractive to girls. His obesity worsened after an accident that stopped him doing sport for a long time. Despite having lost more than 20 kg in the past 18 months, he still can’t find a girlfriend.

“Girls are embarrassed to say openly that they don’t like me because I’m fat. They don’t want anything to do with me outside the Internet, and always keep me friend-zoned. They don’t want to date a fat guy, either due to pity or a conscious decision, or even some kind of fetish,” he reasons.

“My ideal,” “Not a woman, a dream,” “Pure fire” — are some of the comments under plus-size model Yulia Gorodnaya’s photos on social media. The last time she was teased about her appearance was back in high school. She stands 167 cm tall and weighs 96 kg.

“I’ve always liked being photographed, it makes me feel more confident. Two years ago I selected some of my best photos and sent them to various women’s plus-size clothing stores. Many invited me to a casting. My build hardly bothered anyone,” recalls Yulia. 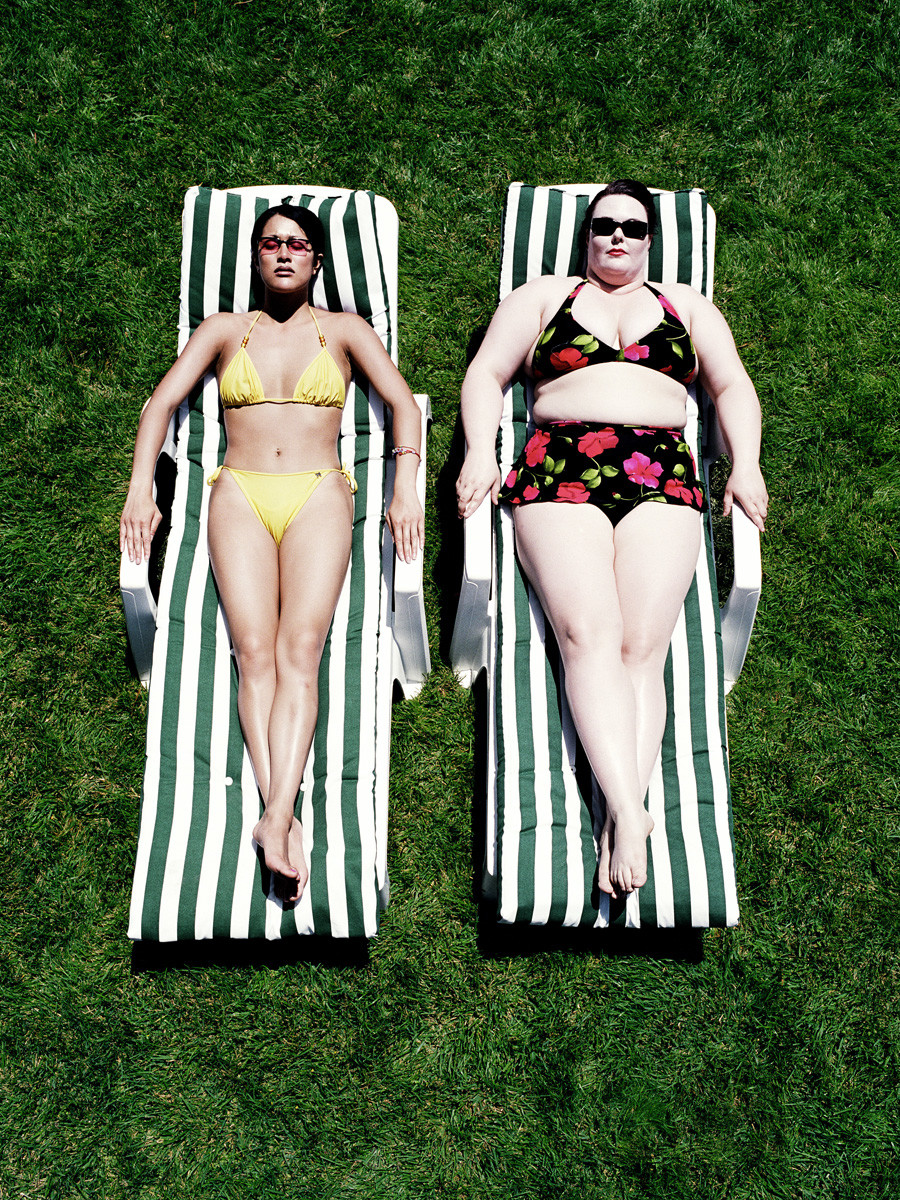 Today Yulia is married and unable to imagine how a few extra pounds could ever interfere with her personal life. “The problem is never weight, but insecurity and not knowing how to present and above all take care of yourself,” believes Gorodnaya.

“Often women over 70 kg wear only jeans and loose garments. I’ll let you in on a secret: if you don’t take care of yourself, no one will look at you even if you weigh 50 kg. It’s not about how other people treat you, but about how you treat yourself,” she sums up.