Culture
Victoria Ryabikova
Donat Sorokin/TASS, Aleksandr Zhunev
Some can now only be seen in photos and videos. 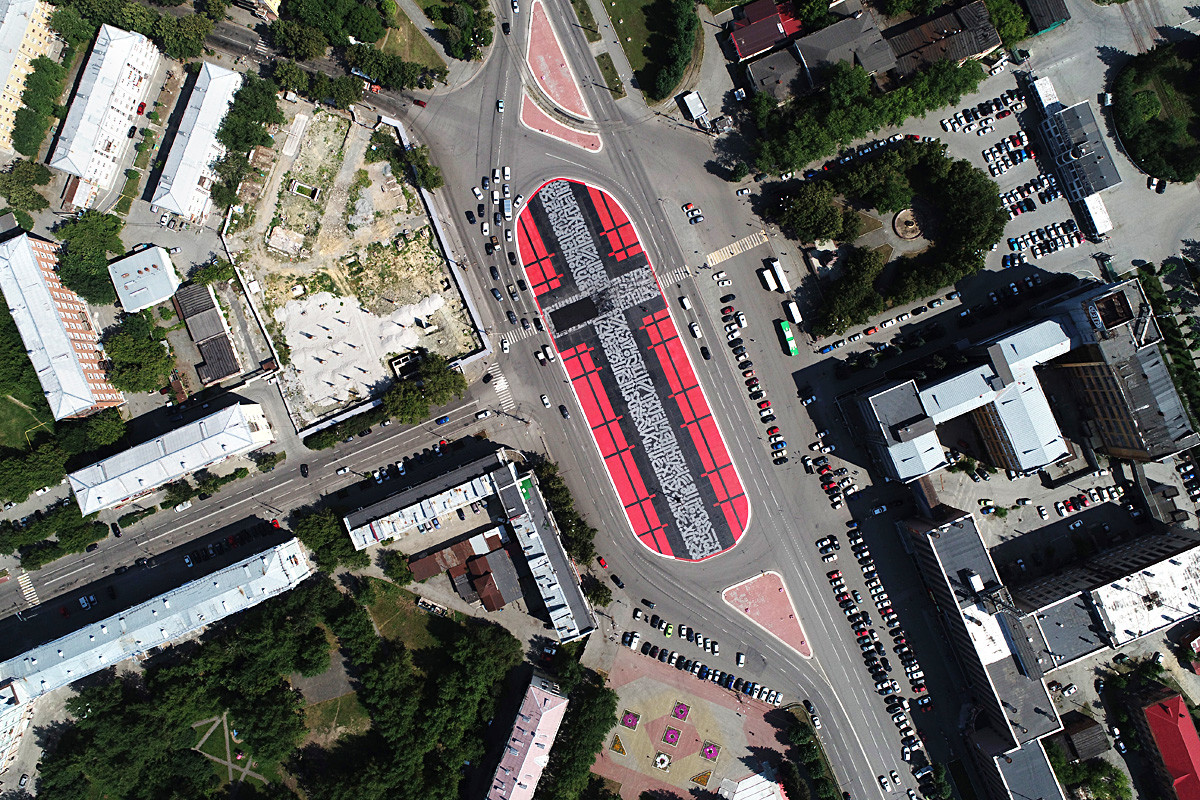 This work appeared on Yekaterinburg’s First Five-Year Plan Square in July 2019 thanks to artist-calligrapher Pokras Lampas (Arseny Pyzhenkov). An extract from Kazimir Malevich’s Suprematist manifesto was also written on the square:

“I have untied the knots of wisdom and liberated the consciousness of paint. I have overcome the impossible and made gulfs with my breath. We, suprematists, throw open the way to you,” wrote the avant-garde artist.

But soon the director of the Holiness Museum in Yekaterinburg, Oksana Ivanova, demanded that the image be removed.

In late July the ground-based artwork was partially destroyed when asphalt was laid on top. The mayor’s office promised to restore the work, saying it had been approved by the city administration. The artist himself took part in the restoration. As a result, Suprematist Cross changed to such an extent that there is no longer even a cross. 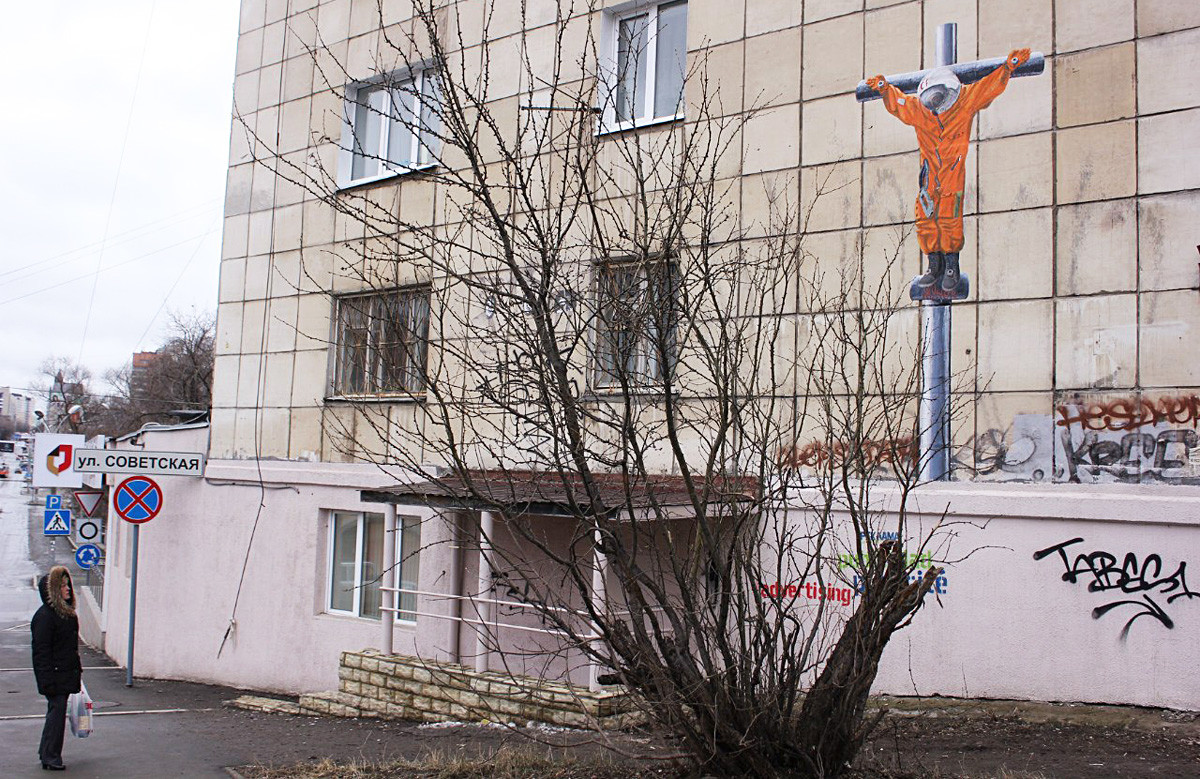 In 2015 Easter Sunday happened to coincide with Cosmonautics Day — April 12 is the date when Russian cosmonaut Yuri Gagarin flew into space back in 1961. Street artist Alexander Zhunev didn’t miss the opportunity to create an image of a cosmonaut crucified on an iron cross. The work appeared on the wall of a residential building in Perm, and caused a lot of reaction. Internet users and city residents interpreted the graffiti as both a critique of church authority and the victory of religion over science.

“Gagarin was a victim, the USSR turned him into an icon of the cosmos,” Zhunev explained the meaning of his work on Instagram.

The next day the work was painted over. The artist himself was convicted of defacing the building and fined 1,000 rubles ($16). In addition, the public prosecutor’s office for the Perm Territory investigated the artist, but found no evidence of an “insult to the feelings of believers,” and so did not press criminal charges. 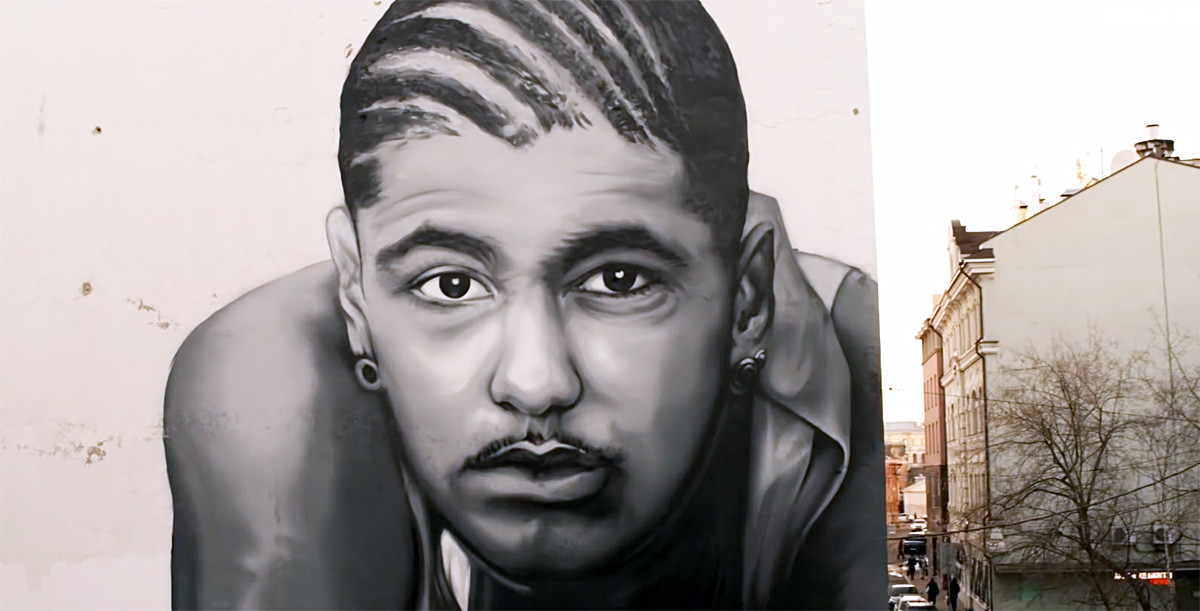 For one of his videos, Russian rapper Timati commissioned a graffiti portrait of his best friend Ratmir Shishkov, who died in a road accident in 2007, so as to perpetuate his memory.

Everything would have been fine, but the graffiti appeared in Moscow on a historical building of 1910 vintage. Outraged locals complained to the local prefecture, describing it as an act of vandalism. It was soon painted over, but you can see the work in the artist’s newly released video. 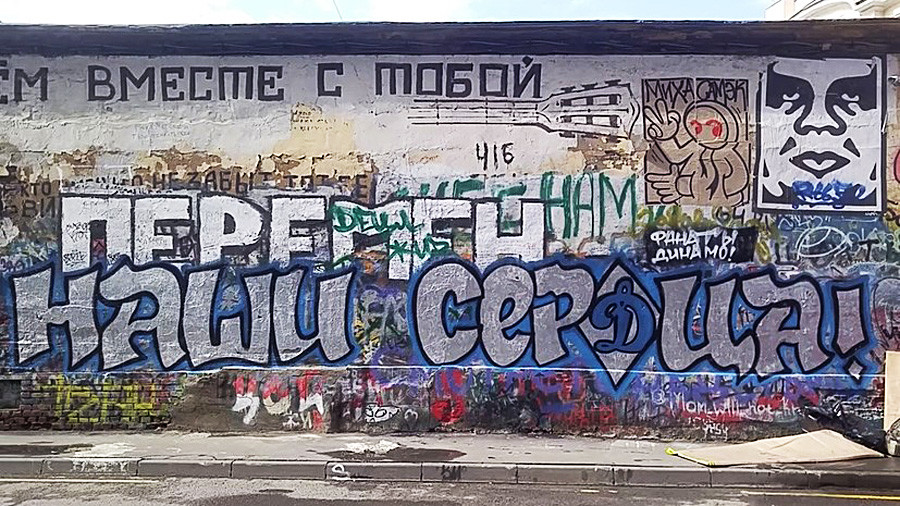 On Aug. 15, 1990, the day when Viktor Tsoi, frontman of the legendary group Kino, died in a car crash, the words “Viktor Tsoi died today” appeared on the wall of block 37 on Arbat Street in central Moscow. Soon the reply came: “Tsoi lives.” Gradually, the wall began to be decorated with other dedications to, and portraits of, the rock idol. It became one of Moscow’s main attractions.

That was until the spring of 2019. On April 14 fans of the soccer team Dynamo Moscow painted their club's symbols over the Tsoi Wall, including the line “Our hearts demand change” from one of his iconic songs (the Dynamo logo was painted inside one of the letters). A photo of the "work" was posted in the club’s official Instagram account.

Fans of the singer reacted negatively to the new graffiti, and Victor’s friend Alexey Vishnya called it an act of “sheer willfulness.” The drawing was soon covered over by other graffiti. 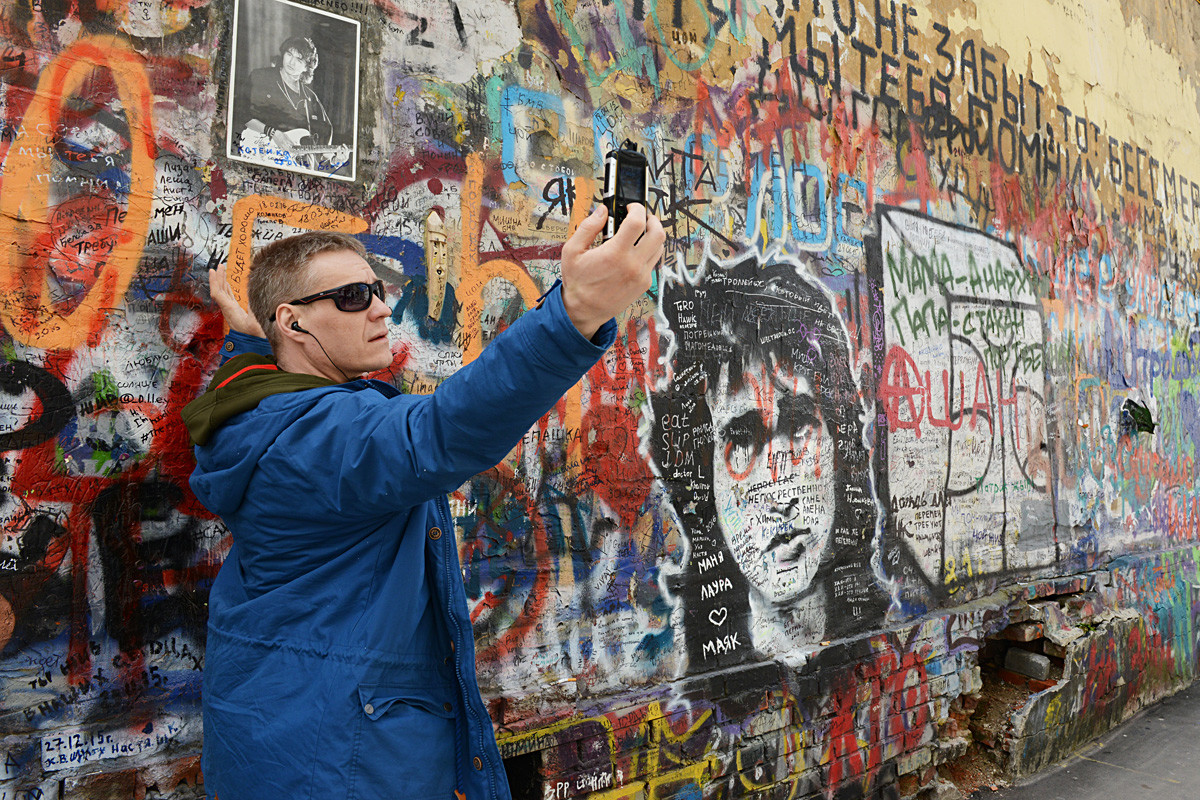 Street artist Zoom does not reveal his real name or face, and communicates with the public only through Instagram and, of course, his graffiti. His hard-hitting socially themed works regularly appear on the streets of Moscow, but disappear just as quickly — painted over by assiduous local authorities. This work appeared in the summer of 2019 in response to the detention of protesters. The graphic piece — which depicts a pair of handcuffs in the shape of a heart in between the words “I MOSCOW” — mimics the “symbol” of the city adopted by the mayor’s office in the recent election. As per sad tradition, the work was painted over on the very same day. In response, Zoom began selling T-shirts with the print. 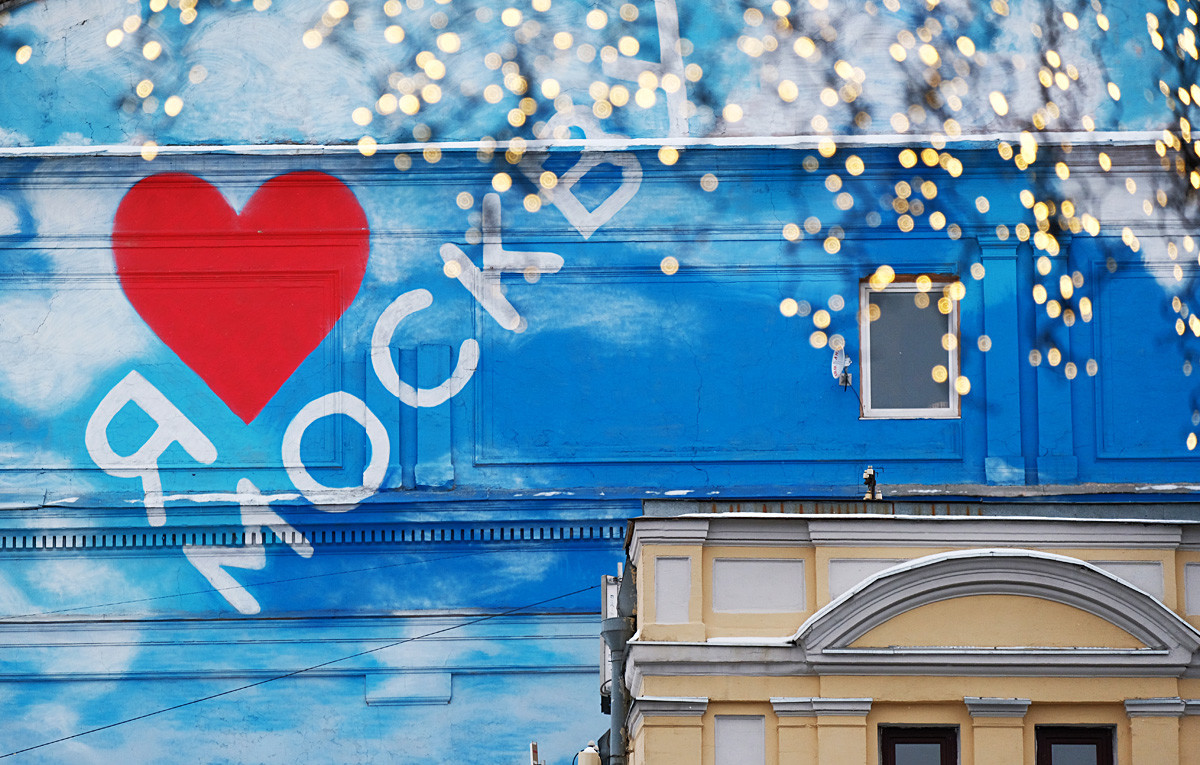