I’m a smoker and going to Russia. Any advice?

Lifestyle
Victoria Ryabikova
BBC One, 2010
One in five Russians is a heavy smoker, according to Rosstat. The nanny state is trying to tackle the problem.

I just got off the plane after a long flight. Can I smoke?

No. Smoking is prohibited at Russian airports. There are no smoking rooms there either. And don’t even try to smoke in the toilet at the airport or, heaven forbid, on board the plane — there’ll be a hefty fine to pay.

The same goes for railway and metro stations. Smoking on station platforms used to be permitted, but not any more.

But there are loopholes — smokers can light up at a distance of at least 15 meters from an airport or train station. So no one will attack you for smoking while waiting for a cab.

I can smoke in the street, right?

Yes and no. You can smoke in the street, but not in the vicinity of public places such as universities, schools, hospitals, playgrounds, crowded areas, and squares (Red Square in particular). There is also no smoking on beaches and, for obvious reasons, at gas stations.

There is no official ban on smoking at bus stops. But nothing’s ever that simple — if there are people at the bus stop (or anywhere for that matter) who don’t want to breathe in your second-mouth smoke, they have the right to ask you to put out your cigarette.

No one has banned smoking in private cars, and some taxi drivers may ask if they can smoke during the ride.

Okey-doke, I sure hope bars and restaurants have smoking rooms?

No, smoking is prohibited there too. But that won’t stop you seeing smokers outside almost any bar or restaurant. You can join them — asking for a light is still a good way to strike up a conversation.

That said, many establishments offer hookah pipes and special rooms for hookah smokers. So nobody can deprive you of that particular pleasure. 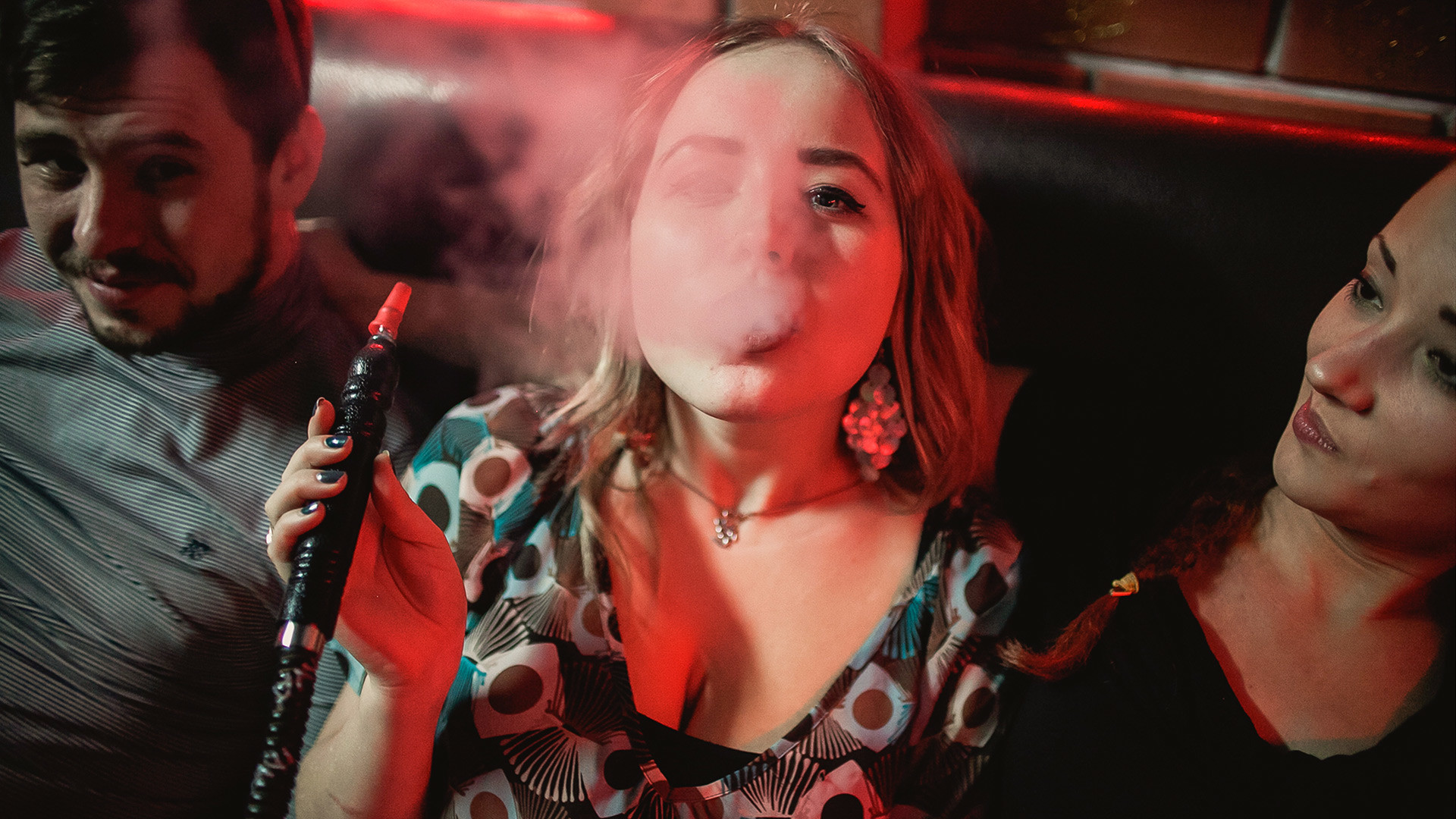 Can I smoke in hotels and apartments?

In apartments — yes, but not in the elevator or entranceway. Smoking is not usually allowed on hotel premises, except in special smoking rooms or on the balcony. If smoking on the balcony, however, take care with the cigarette butt. You could be fined 5,000 rubles ($78), not to mention the risk of fire. If you cause harm to property or life, you will be criminally liable.

That applies to regular cigarettes. But what about vapes and e-cigs?

The Russian parliament has introduced numerous bills seeking to equate vapes and electronic cigarettes with regular ones. True, none of these laws has yet been adopted, so for now you can officially smoke e-cigs almost everywhere — the only exceptions are public transport, airplane cabins, and certain establishments that set their own rules (for example, restaurants).

What happens if I smoke where I’m not supposed to?