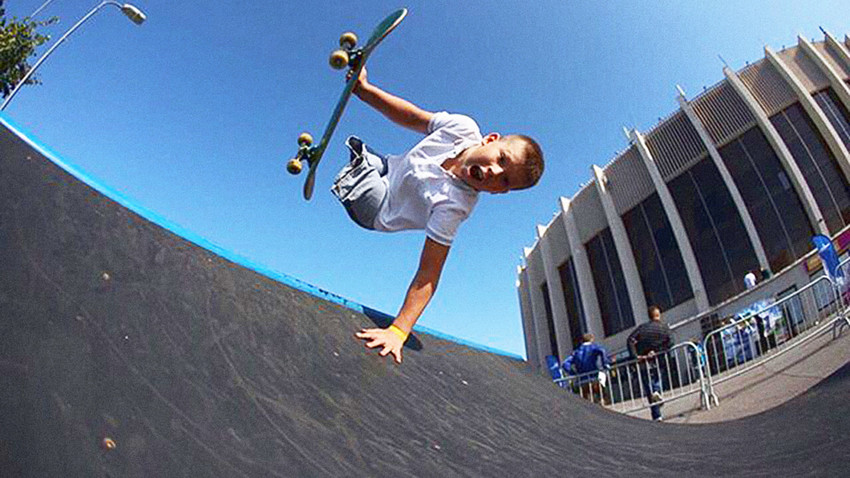 maxlullove
Maxim Abramov lost his legs when he was just 18 months old: As a result of a terrible set of circumstances, his cot and mattress caught fire. Now he is 10, has a new family and has attracted the attention of the whole world.

At the time of the tragedy, the story was being covered on all federal TV channels. It happened on March 31, 2011. That morning, the 18-month-old toddler from Blagoveshchensk (7,857 km east of Moscow) lost his legs and was abandoned by his entire family. The horrendous footage of the tragedy prompted thousands of people in Russia to offer help, with millions expressing words of support.

Since then the boy has never been outside journalists' field of view, which is unusual: As a rule, the victims of tragic incidents are forgotten as soon as the latest tragedy occurs. But Maxim's story was different. As the boy grew older, he started appearing in the news and on talk shows. And 2019 has been really special. On his Instagram account, legendary American skater Tony Hawk posted a video with Maxim with the message: "New favorite skater". Yes, after all that Maxim has been through, he still decided to become a skateboarder.

That morning in 2011, Maxim's mother, 28-year-old Galina Abramova, got up early and went to see a girlfriend. As she would admit at the trial later, she went to her friend's for a drink of  samogon - a strong moonshine drink. She drank alcohol regularly.

It was cold in the house and, before leaving, Galina put a heater by the bed in which Maxim was sleeping. She was out for about four hours.

During that time, the toddler managed to pull the heater by its cable into the cot. When Galina returned, the house was already in flames. "There was terrible smoke and the child was screaming inside," a neighbor, Svetlana Tsukanova, recalls. The child was alive but his bed and mattress were in flames. He received fourth degree burns - mainly to his legs. To save his life, doctors had to amputate them. In the subsequent three months, his mother never once came to visit him in hospital.

"After the tragedy, we didn't see Galina for a long time. When she reappeared, she didn't even go to her house. She used to stay with other people, was afraid to leave the house during the day and only went out at night. Today, she still drinks and and is always living it up," Tsukanova says.

Galina lost custody of the child and was sentenced to three years. Maxim's own grandmother refused to look after her grandchild. She said: "We are all upset, but you can't put him back on his feet. I don't f***ing need all this."

For obvious reasons, Maxim's new family doesn't like talking about all this. After he left the hospital and was adopted, he needed expensive treatment: "Maxim now needs at least 18 operations, with a single one costing 30,000 Euros," his adoptive mother, Inna Lullove, the owner of St. Petersburg coffee shops in the popular Double B franchise, said in 2012.

The boy began a new life in St. Petersburg: His new family had another child, sister Natasha. Apart from a loving family, Maxim now also has two swimming coaches, a drawing teacher, a skateboarding coach and even a personal driver. "Using the skateboard has solved many of his problems," Maxim's skateboarding coach Pavel Mushkin told Sobaka.ru website. He has been training the boy since 2016. Pavel gives him advice, shoots and edits his Instagram videos and is responsible for media relations. Essentially, he’s Maxim's “press secretary”. 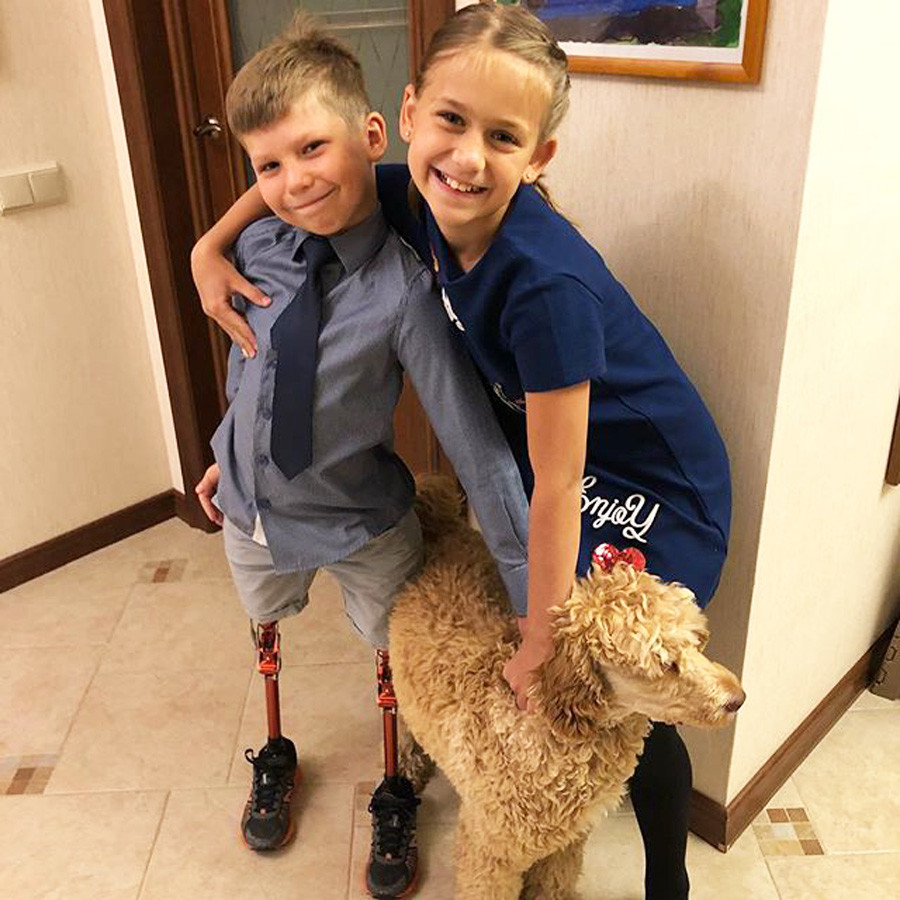 "I organized the construction of the first concrete skate park in St. Petersburg, where we offer free lessons open to all. Maxim lived nearby and one day his parents brought him over," Pavel says.

At the time, the boy was already using a skateboard. It was his way of getting around: Maxim  doesn't like wheelchairs, or to be wheeled around, or his prosthetic legs. But, at the time, he had not even heard of rail sliding, somersaults in the air or other tricks. The coach showed Maxim young skateboarders like him from Brazil and the U.S. and the boy decided to go for it. It was Pavel's first experience with a disabled child.

"We began by doing general training twice a week and, a few months later, started on more difficult things. Soon after, in order to support him, I started making videos with him, posting them on Instagram," Pavel says. "Of course, his technique is slightly different, adapted to his needs, but skateboarding is a very individual sport in general, with new tricks being invented all the time, so there are no limits."

When Tony Hawk posted a video with Maxim Abramov, nobody saw it coming. It was the first video with a Russian skater that Tony had ever posted. An hour after the post, followers on the boy’s Instagram page had tripled to almost 40,000.

According to his coach, Maxim was going through a difficult period at the time, and some of the tricks didn't come easy. "I could see the lad could do them if he tried hard enough, but he resisted." However, after Tony Hawk's post, he says Maxim began to believe in himself. "Up to then, he had not been too willing to try tough challenges: He would lose interest if something didn't go right at the first or second attempt. But now his attitude is gradually changing: He can see that people are interested in the tricks he is doing, and has started taking it more seriously."

Maxim studies at an education center, which was also founded by his adoptive mom, Inna Lullove. According to Pavel, it proved impossible to find a place for the boy in an ordinary school - as an excuse, schools would tell the family there was no current availability. In some schools, they were blunt: Some influential parents didn't want their children to go to school with such a boy. Maxim's adoptive family is wealthy and his new parents wanted to send him to a school for children from well-off families, but it didn't work out. 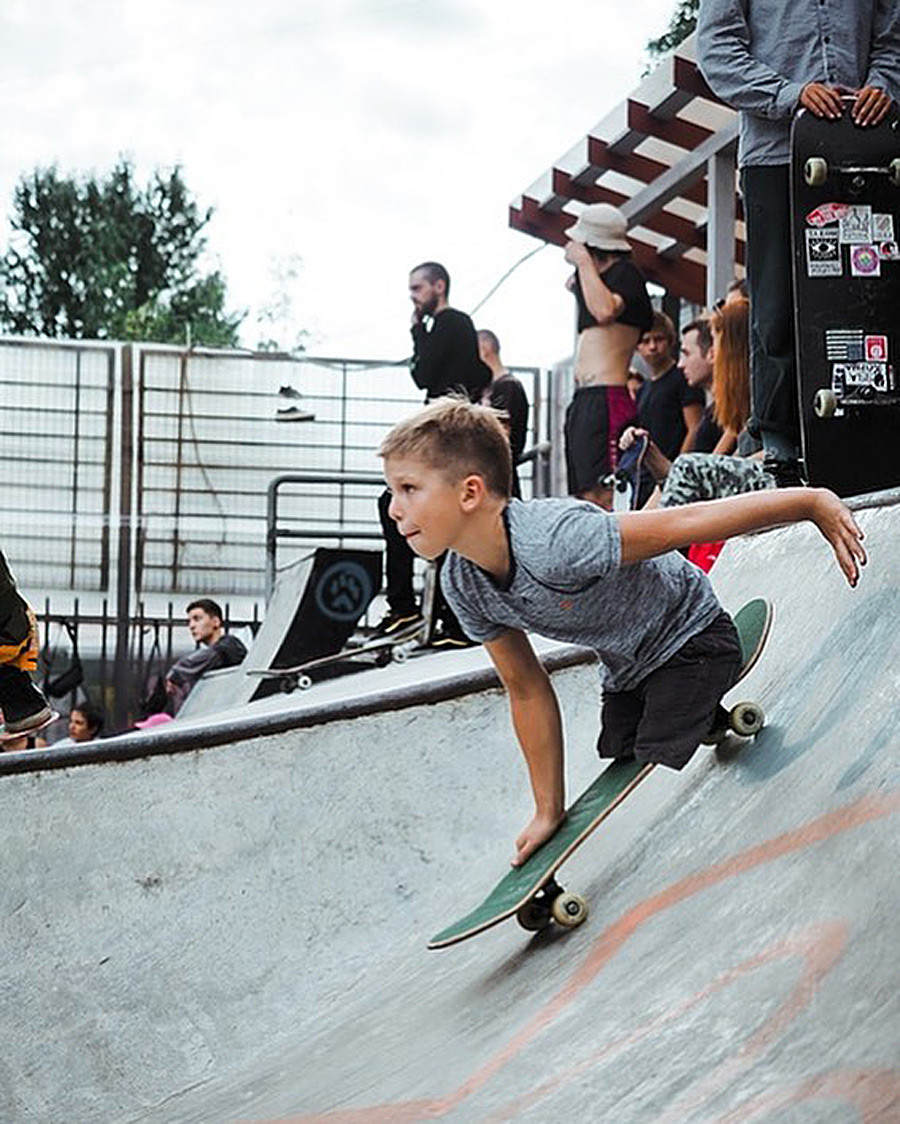 In 2016, on TV Channel One, Maxim met famous Australian, Nick Vujicic, who was born without legs and arms. In 2018, Patriarch Kirill gave Maxim a small cross that he himself had cast. In the same year, the boy took part in the World Skateboarding Championship in Moscow - for the time being, outside the main competition, together with other talented children. 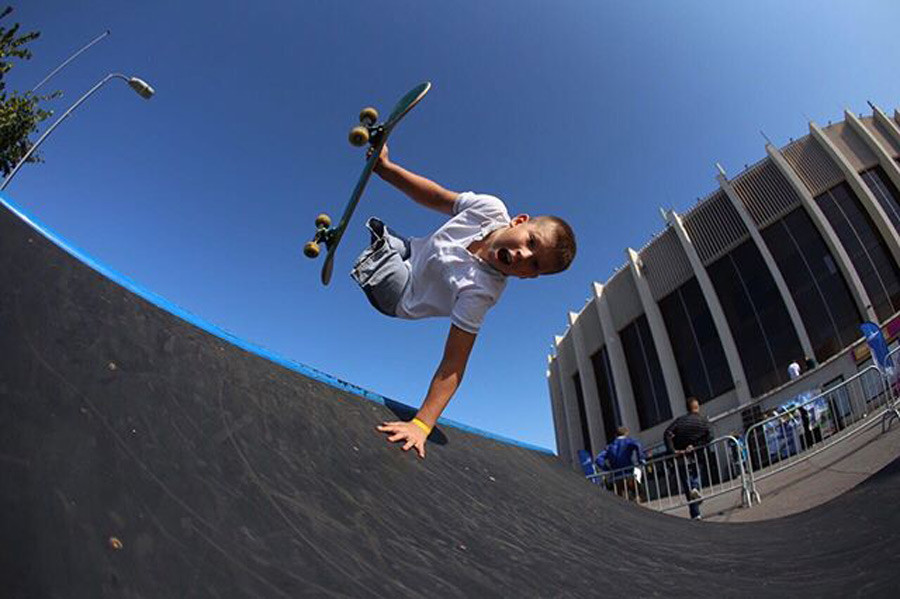 Nowadays, Maxim spends almost every day on the website of Brazilian double amputee skater Felipe Nunes: He looks at his performances, analysing his tricks.

Maxim is enjoying his sudden popularity but, according to his coach, he has to explain to the boy that he should not boast in front of others about how many followers he has. "He is a special child, everyone around him gives him love and attention, he is rarely told off, and he is used to being treated this way. For my part, I try to tell him that he should think of others, not just himself, and not manipulate people."

Asked whether he has a dream, Maxim replies that he wants to perform at the Olympiad. "I can be proud of many, many things. But I still have no awards, I have not won any gold or silver medals yet. I haven't taken part in the Olympiad yet, so that is what I want," he said in an interview with Channel One. They have already started preparing for the next Olympiad: In October, Max flew to Nizhny Novgorod to try out a new venue that hosted the 2019 European Skateboarding Championships. 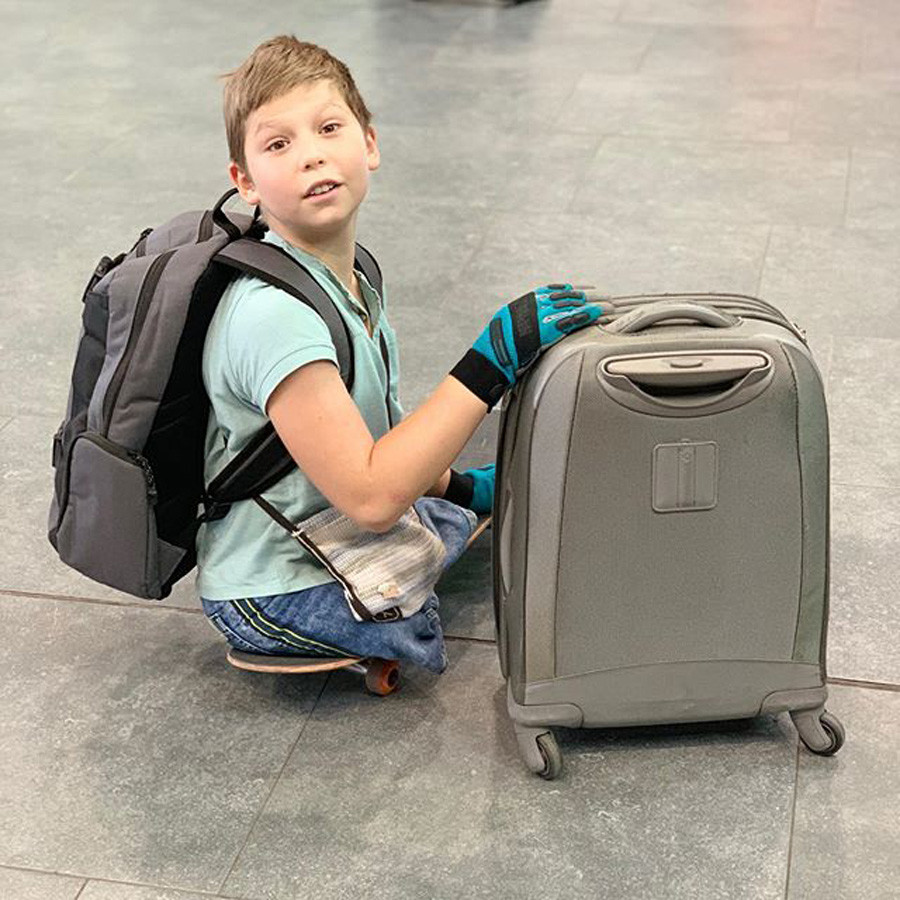