Lifestyle
Yekaterina Sinelschikova
Kirill Potapov
In three years he's had five wolves. They consider him the leader of the pack.

When you’re a 30-something advertiser, having a litter of wild animals in the backyard probably isn't the first thing you’d contemplate. Unless you’re Kirill Potapov. 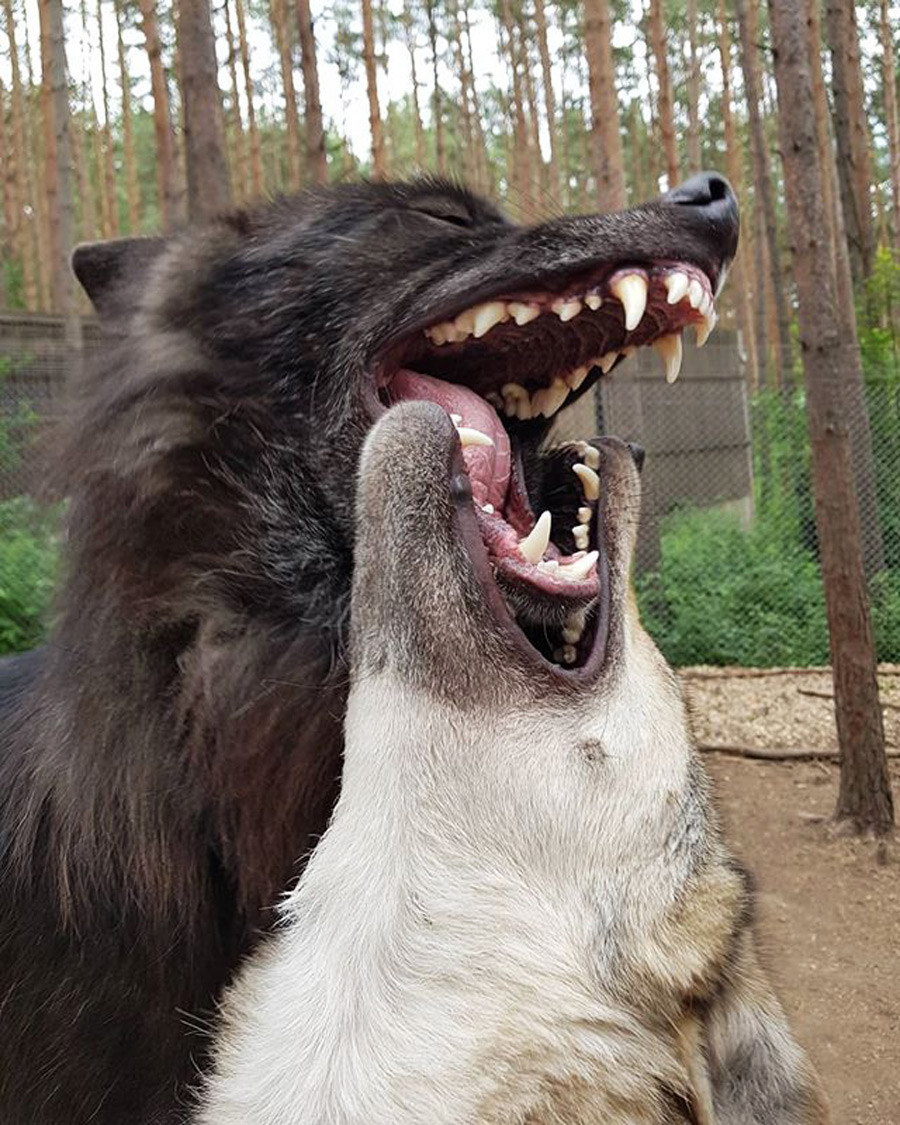 “Since childhood I always knew I'd end up helping animals. Good living conditions for animals aren't found in the city center on a concrete floor, but in nature, outside the city, in open-air cages,” says Kirill from Yekaterinburg. He has two university degrees: one in languages, the other in management. He also runs his own advertising agency. Almost three years ago, he acquired four wolves. 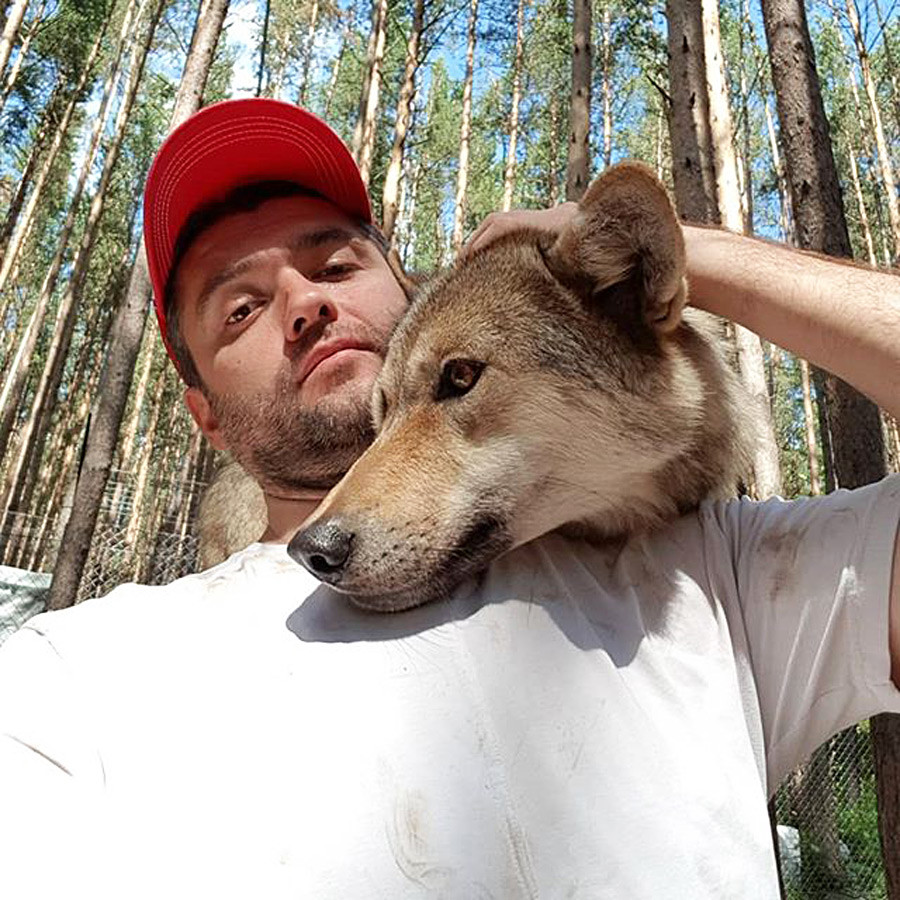 The first two were Alfa and Ugolek — born in private nurseries. Kirill found them in an ad. Next came Raksha and Akela (named after the wolves from Kipling’s Mowgli stories) — they arrived from a zoo. Kirill believes it’s correct to say that he rescued them, because “zoo life in a small cage on a concrete floor kills the brain.”

True, if the animals had been adults, it would not have been possible. “I took them as cubs, it’s impossible to tame an adult wolf. Even little ones are more than a handful. It’s very difficult to feed cubs, because, like small children, they suffer from colic in the stomach — they either refuse to eat, or eat buckwheat porridge and then need rolled oats. They needed feeding every three hours,” he says.

Before taking the wolves in, Kirill read dozens of books about animals, and made friends with university biologists. He learned that wolves can be very capricious. “I don’t train them, they’re not brought up like dogs. You can’t say no to them, or even talk rudely with someone on the phone in their presence,” he says. “I’ve never raised my voice with them, never used bad language, because they recognize aggression and would stop trusting and start fearing me.” Kirill assures that his wolves have never so much as growled at him. 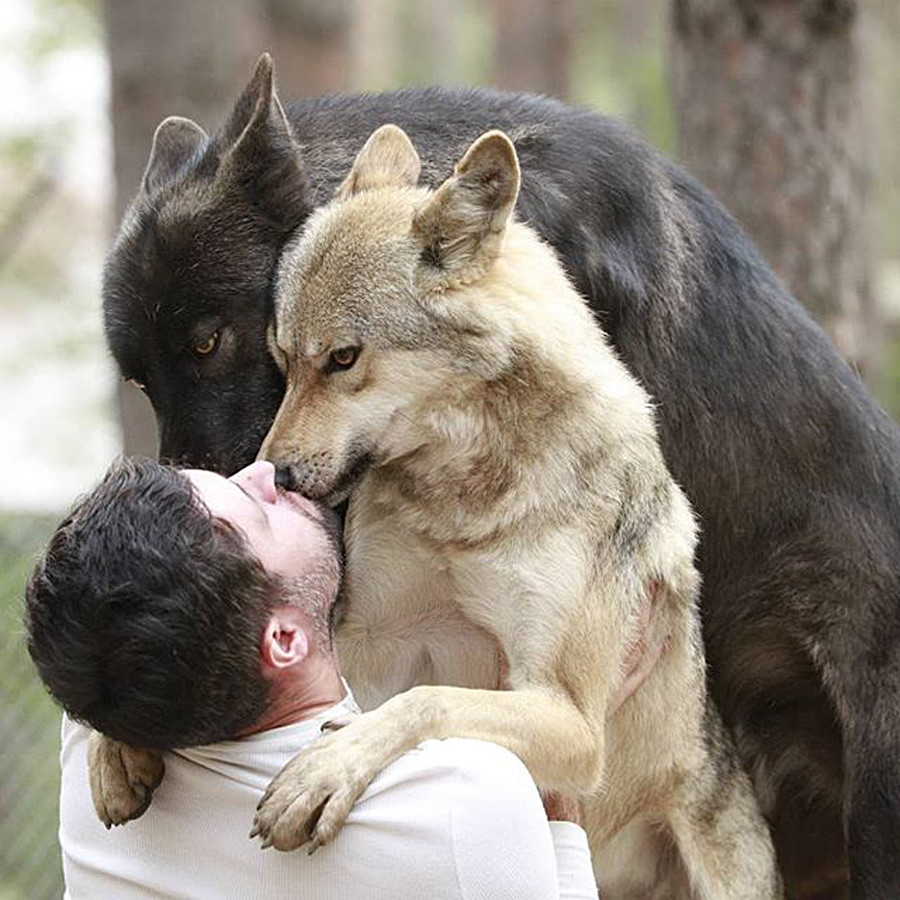 Six months ago Alfa gave birth. That made five wolves. “Alfa gave birth on April 7, her own birthday as well, but there were complications. Vita was born successfully. But Alfa couldn’t give birth to all the cubs on her own, and had to be hospitalized. Unfortunately six didn’t survive,” Kirill posted on Instagram. 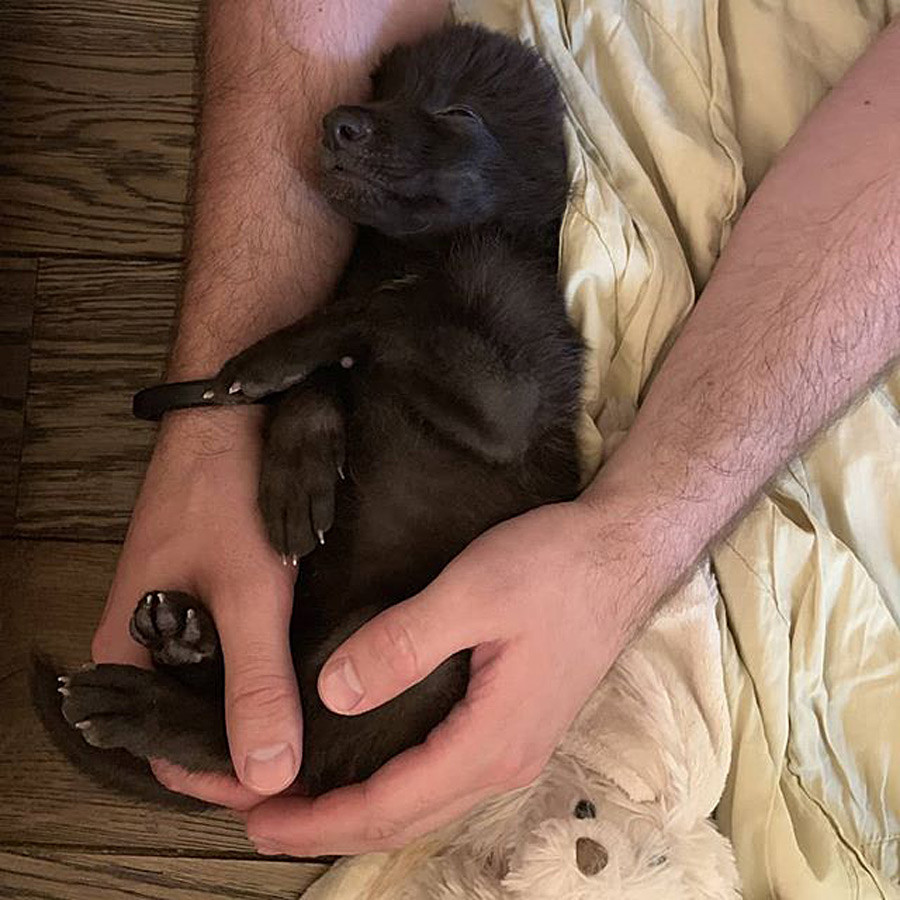 She had a cesarean section and was sterilized. “After the operation, she spent a week in the clinic. She was on a drip and fed vitamins. When she finally recovered, we took her back to Ugolek.” But the very next day Alfa broke the buster collar round her neck and bit into the stitches. “Alfa opened the seam and her intestines flopped out. I held them in with my hands as I drove to the vet. It was the most stressful month of my life, but things worked out in the end,” he recalls.

Little Vita and the other wolves see Kirill as a parent figure. Here’s the proof:  “Few people in the world can take meat from a wolf’s mouth, but they let me do it.”

On Instagram, where Kirill has more than 110,000 followers, he tells interesting facts about living with wolves. For example, food: “They eat 3 kg of beef a day, 200 g of chicken heart, 200 g of cottage cheese, celery, apples, liver, and five quail eggs.” 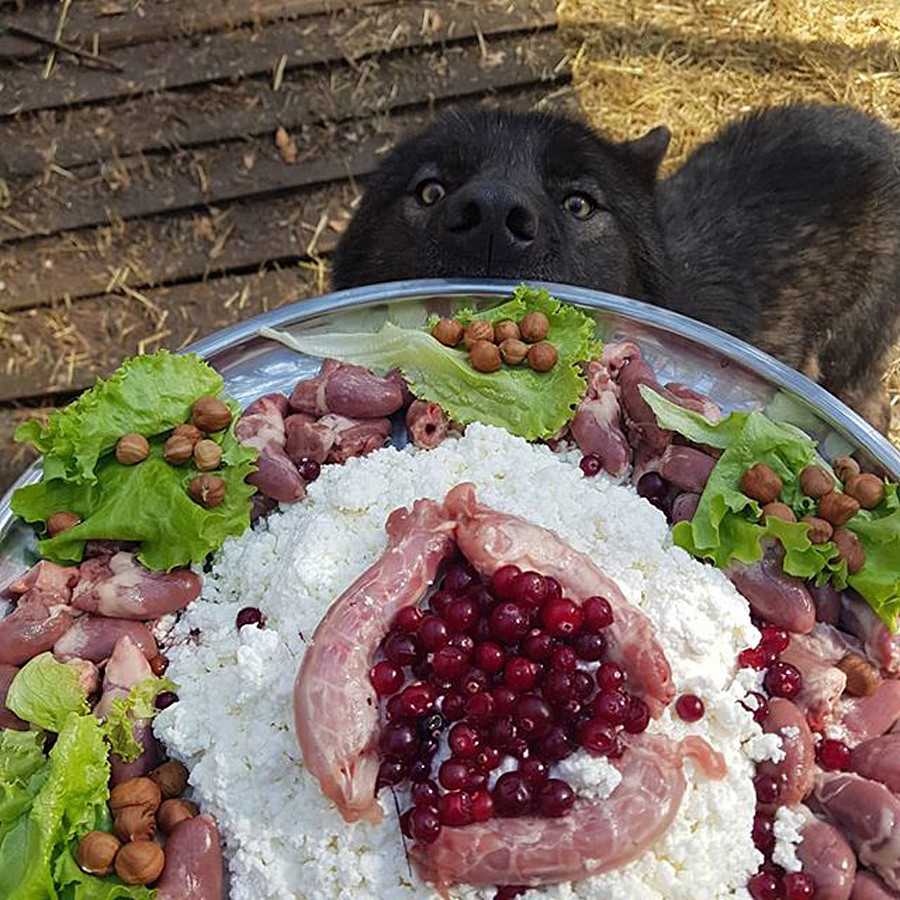 Not long ago the wolves got their own merch. All the proceeds go toward their upkeep, building new spacious enclosures, and helping wild animals. Kirill is set to open an environmental cluster and rehabilitation center for predatory and domestic animals. The land for the 100-hectare project was given to him by the district authorities and the company Uralskiye Nivy.

What’s more, Kirill makes recordings of the wolves howling and the noise of dogs and birds on a professional audio recorder. “I’ll be releasing a ‘wolf opera’ soon, plus ringtones for download and streaming on iTunes and Apple Music. We’ll charge a symbolic amount to go towards helping animals,” he says. 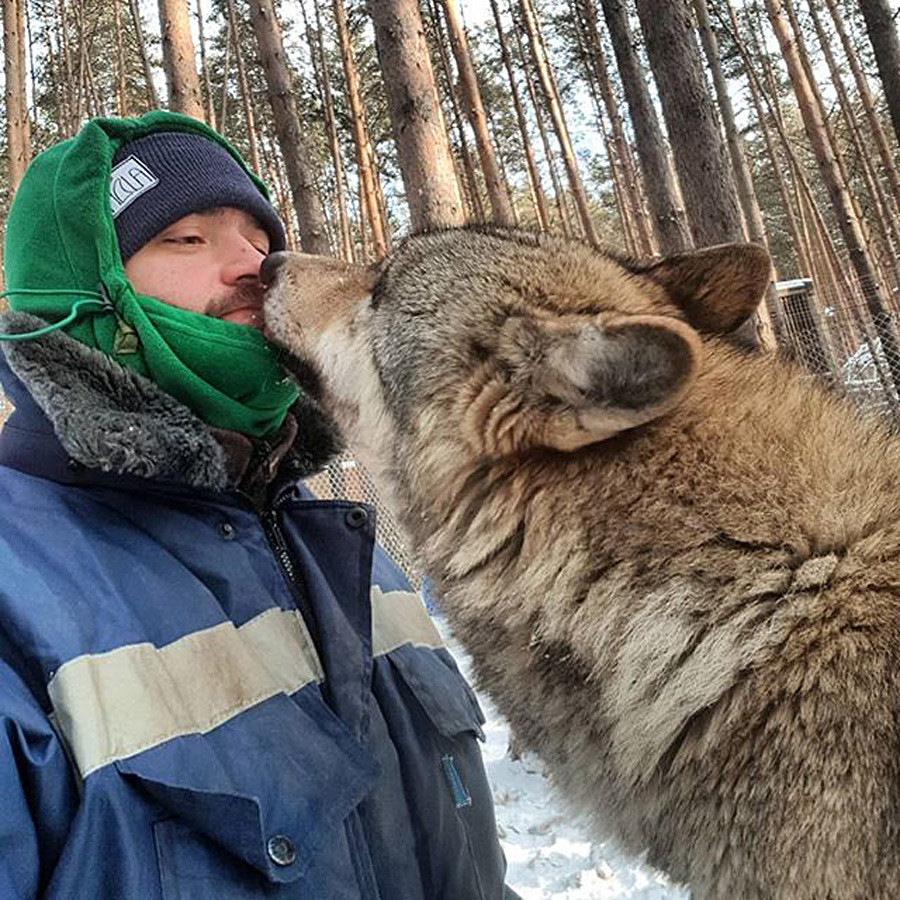 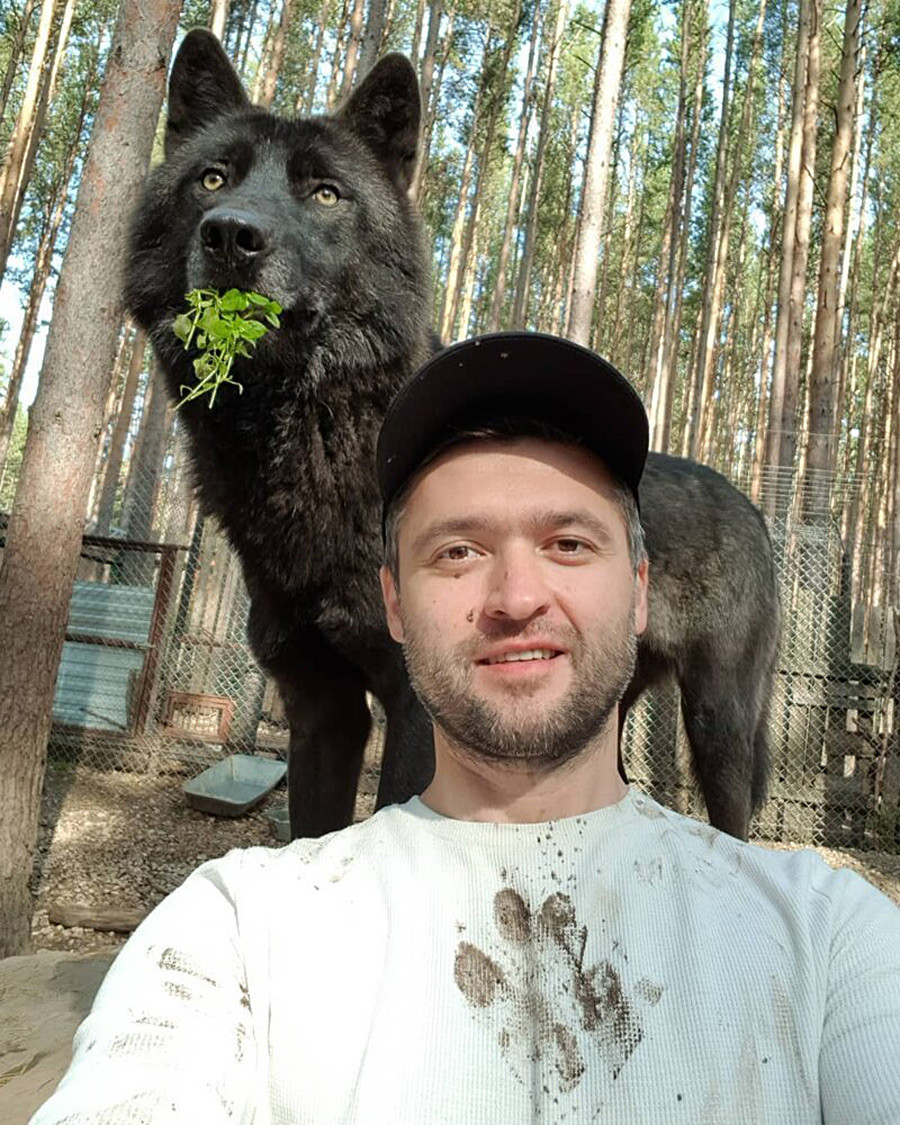