13 masterpieces of social advertising in the Russian Empire (PICS)

Social advertising existed in Russia as early as the 19th century: colorfully printed leaflets explained to ordinary folk the perils of drinking, gambling, and (heaven forbid) not obeying one’s husband. Plus they urged people to help soldiers and the poor. Posters on the theme of social well-being were created by some of the finest fine artists in the land, such as Viktor Vasnetsov, Mikhail Vrubel, Boris Kustodiev, and Leon Bakst.

Sure, not all advertising boasted the brushstrokes of genius, but still a great deal of it gives the modern variety a run for its creative money. Ever seen shocking images of smoker’s lungs on cigarette packets? Tsarist Russia employed the same method, but for drunkenness. 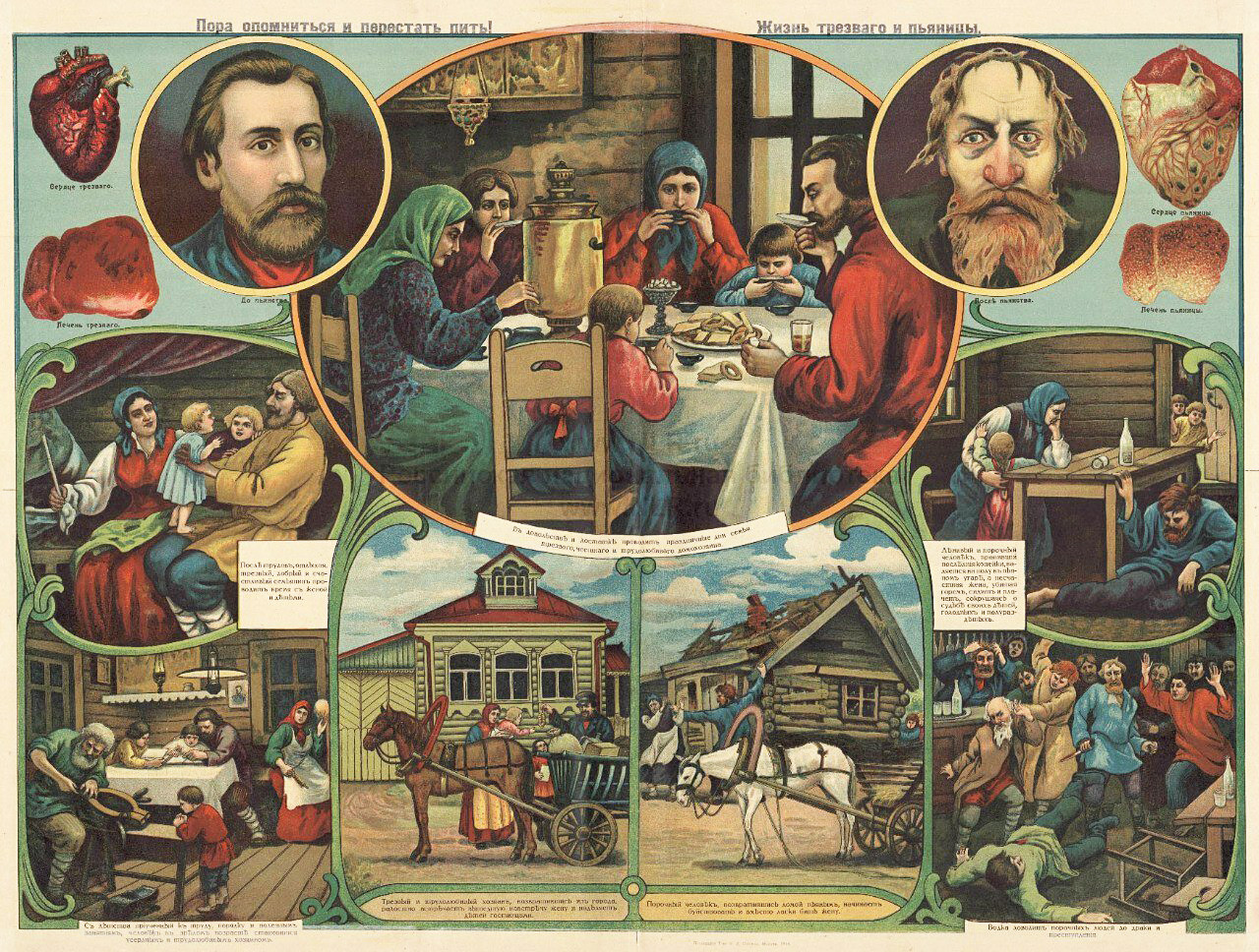 “Time to come to your senses and stop drinking,” 1910s 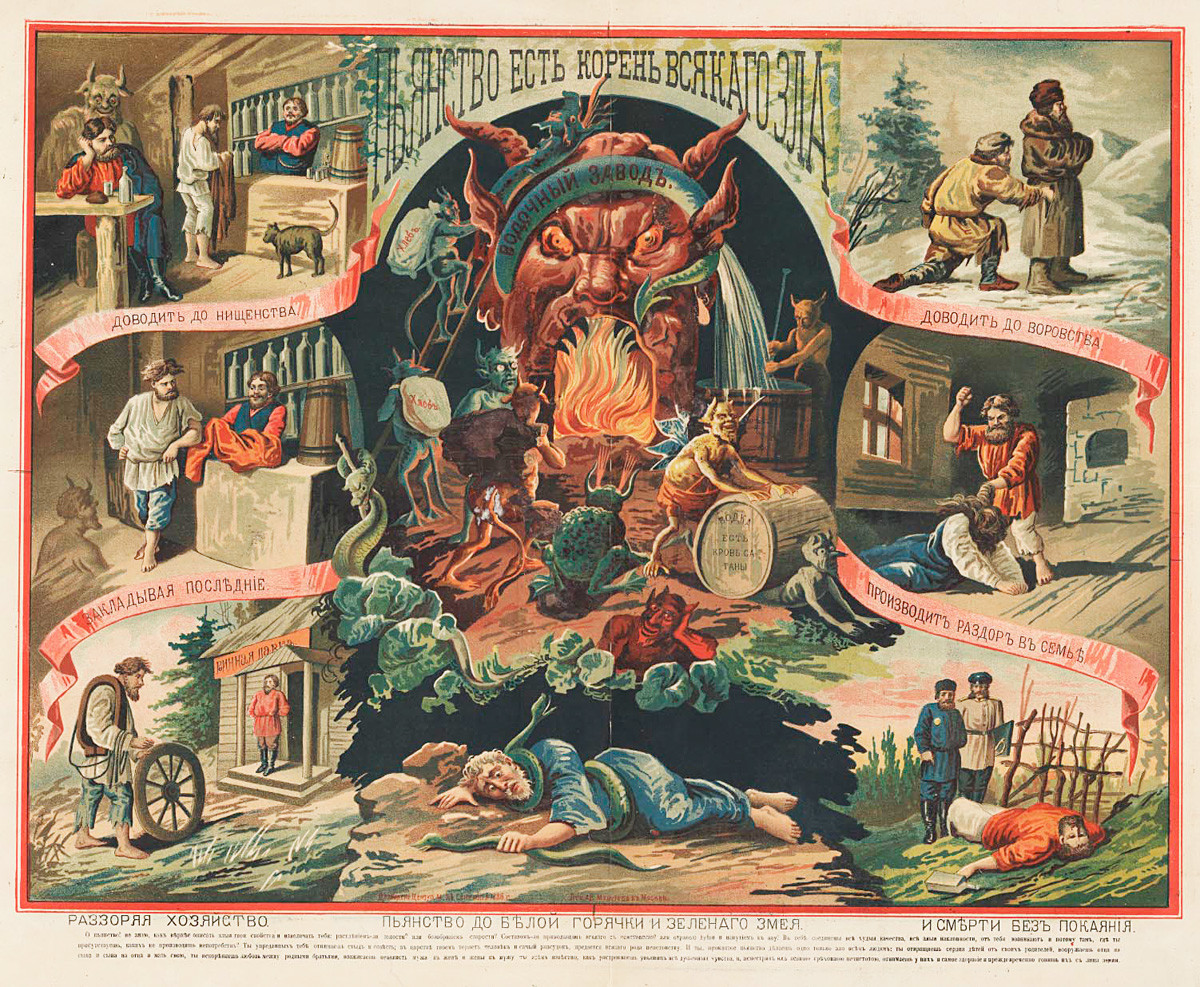 As for tobacco, people were urged to club together to supply this scarce product for frontline soldiers during WWI. 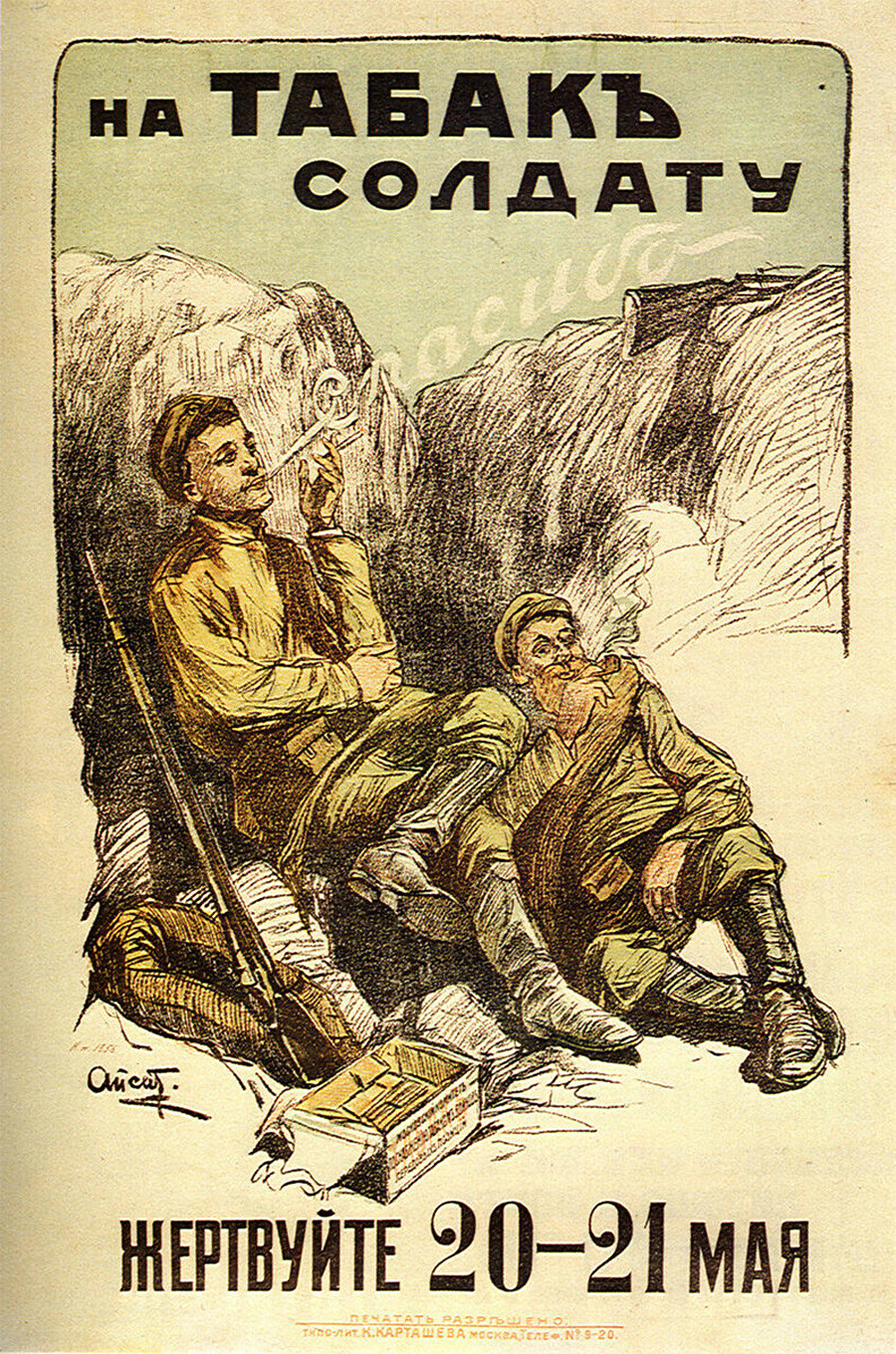 Artists and musicians joined in by raising funds from tours, charity concerts, etc., personally knocking on doors asking for donations, and visiting the frontline. 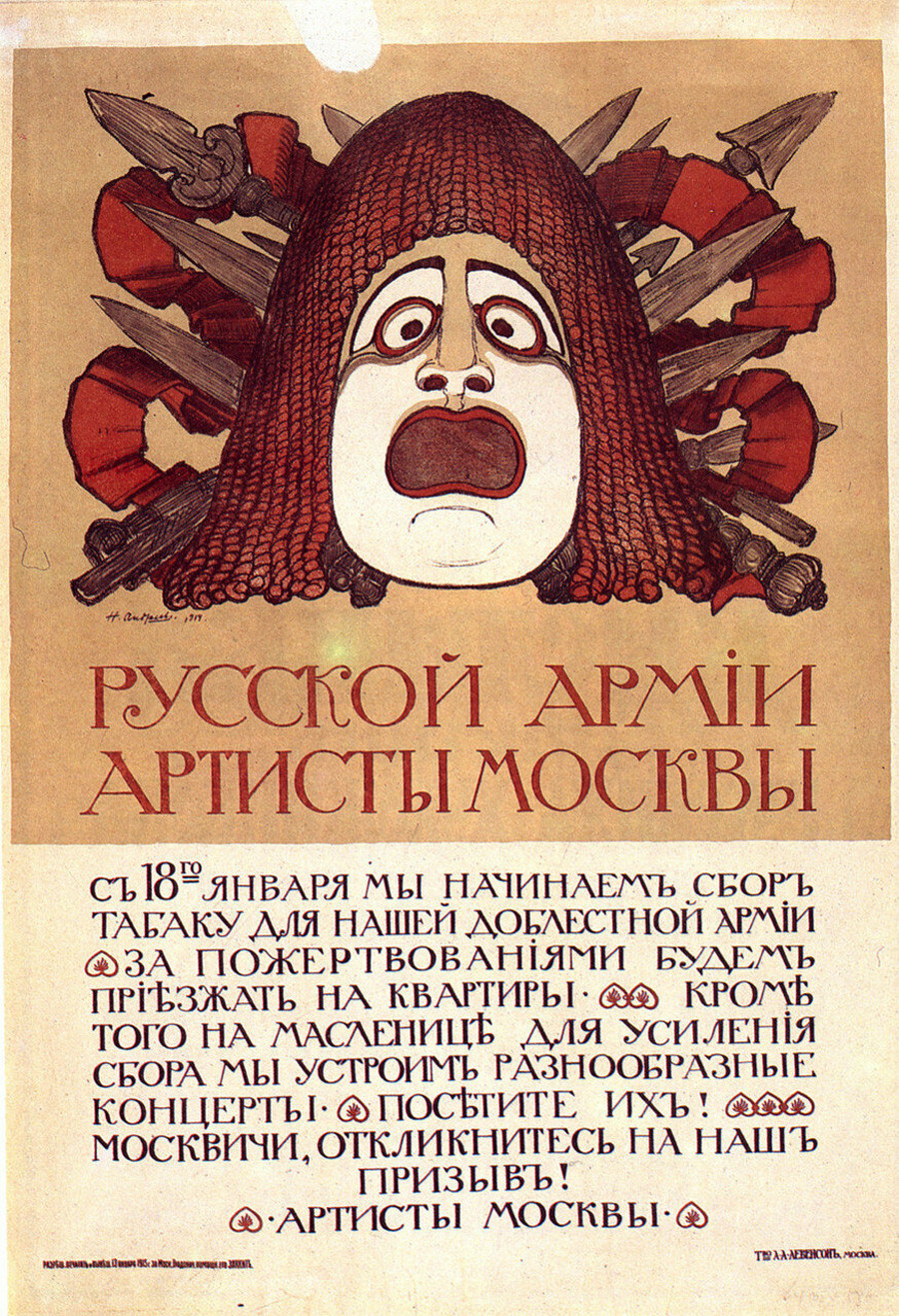 “As of January 18, we, artists of the country, have been collecting tobacco for our valiant army. We shall go around apartment blocks asking for donations. In addition, we will arrange a variety of Shrovetide concerts to raise more funds. Go and see them! Muscovites, please respond to our call! Artists of Moscow” — during WWI 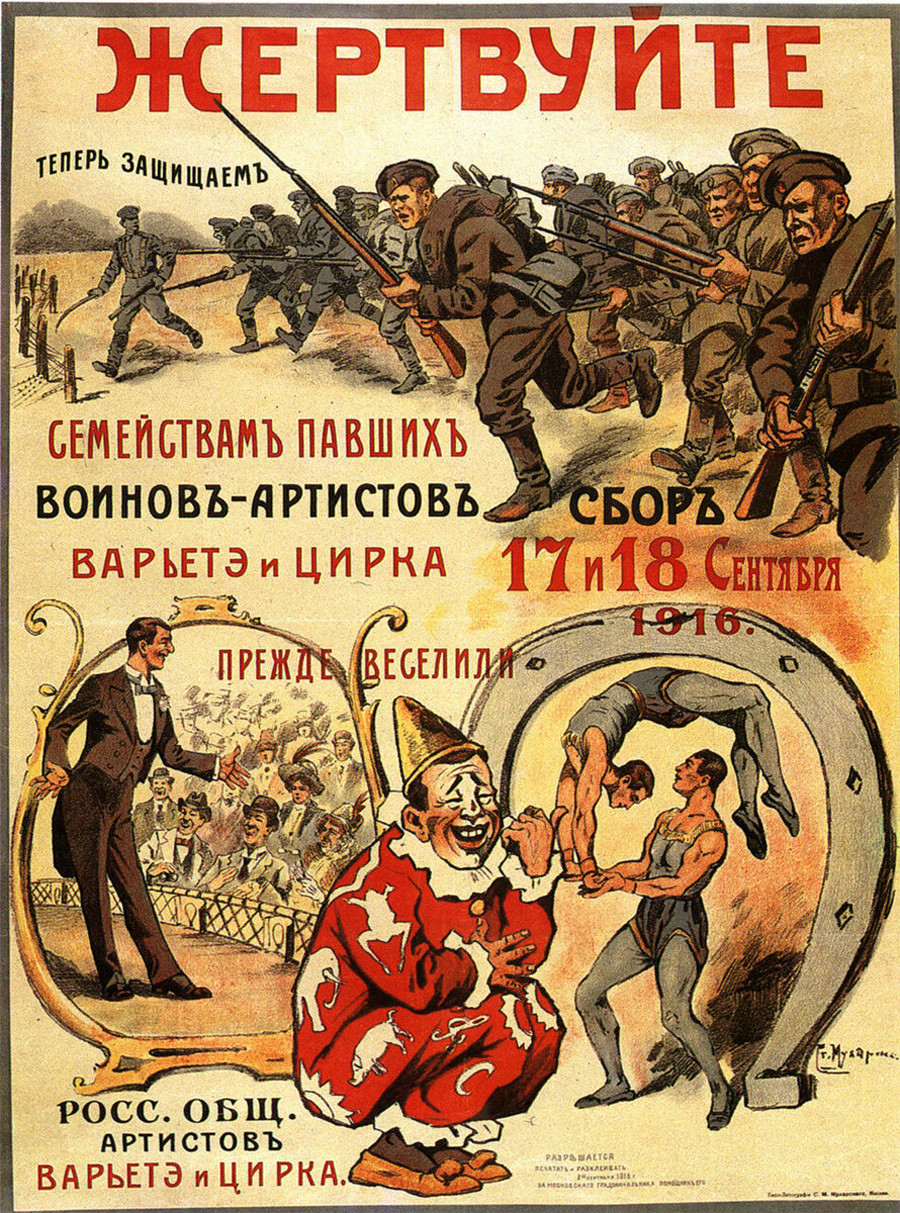 “Donate to the families of fallen variety show and circus artist-soldiers. They once made you laugh,” 1916

It was during these harsh war years that social advertising saw its heyday, because people were asked to donate literally anything and everything: books, movies, even bathhouses. 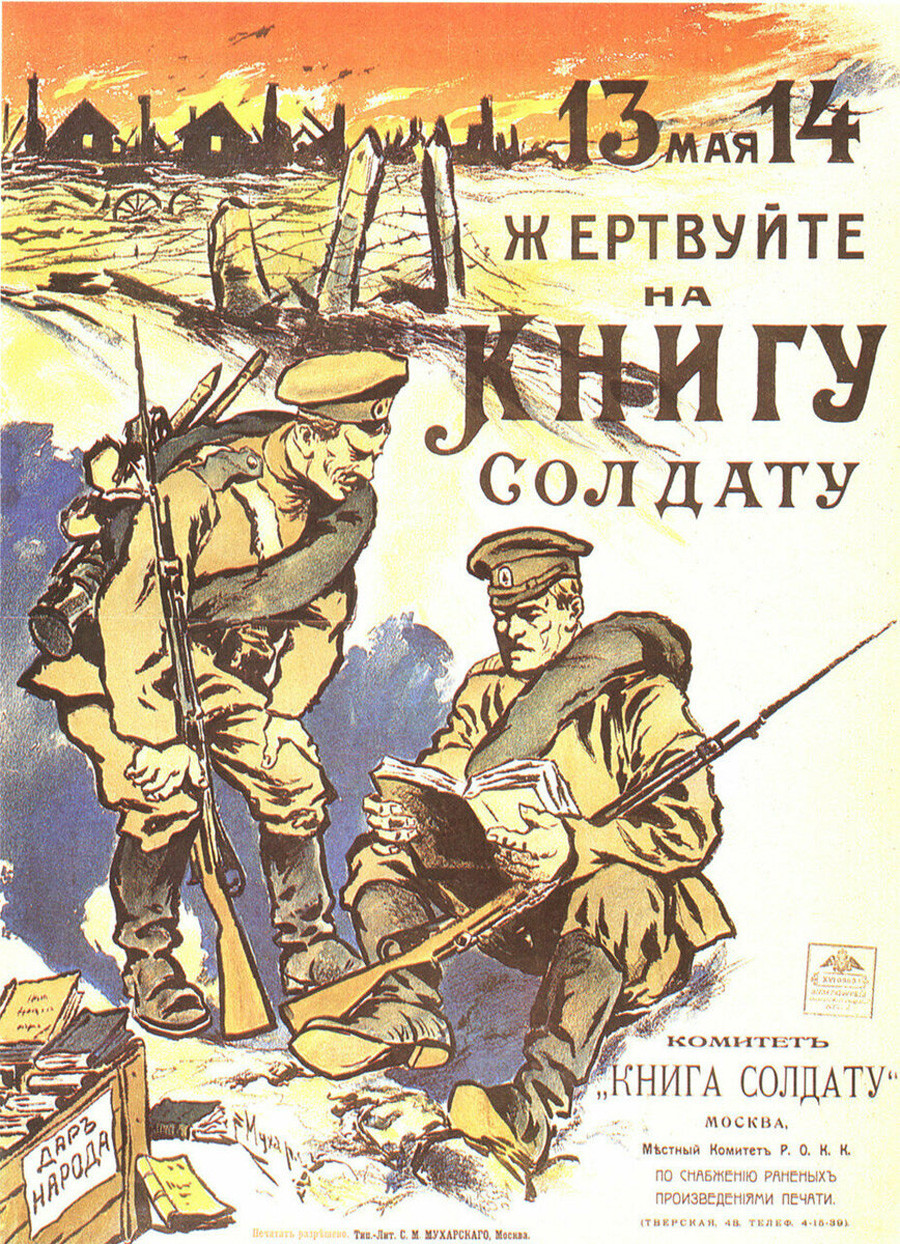 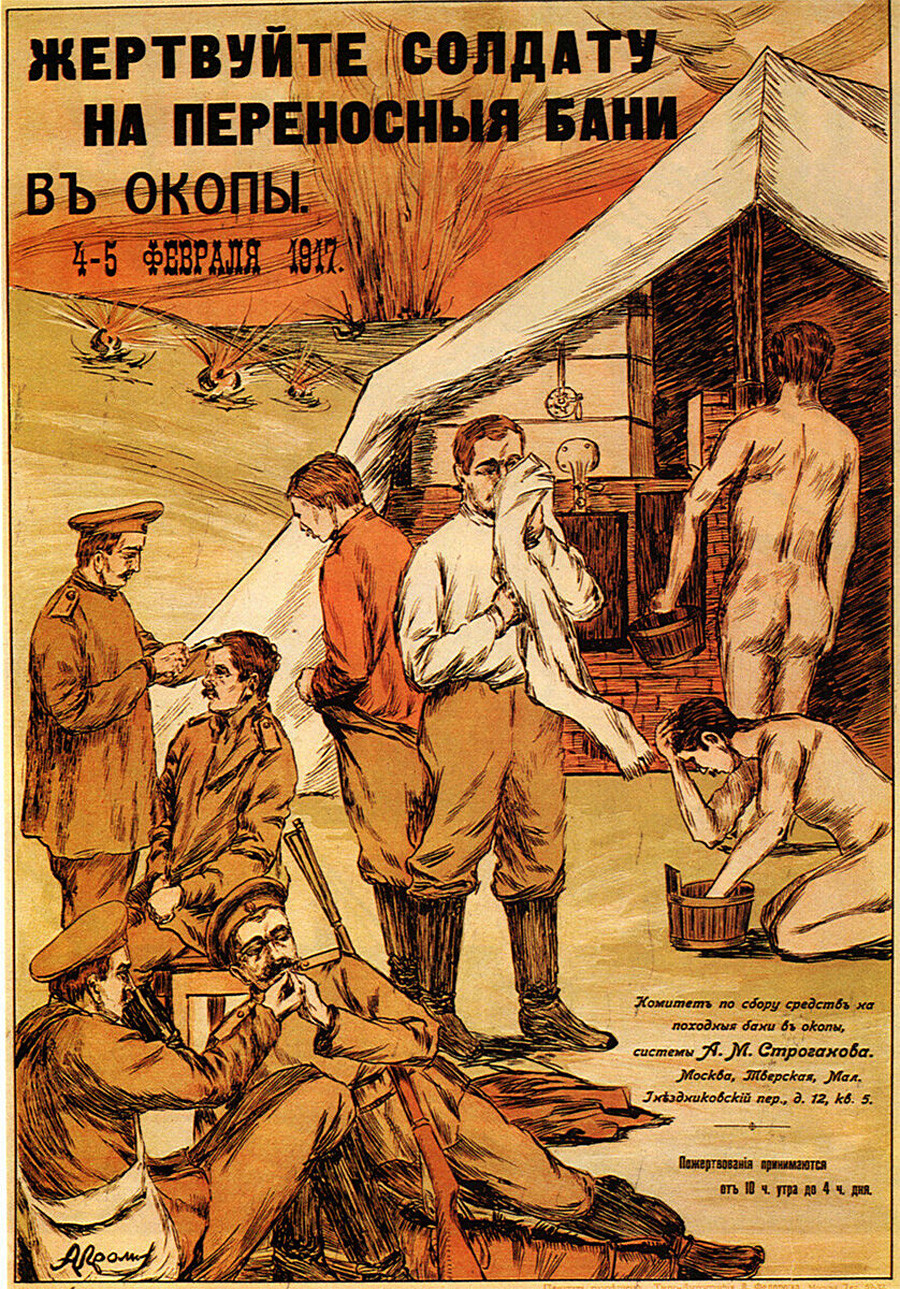 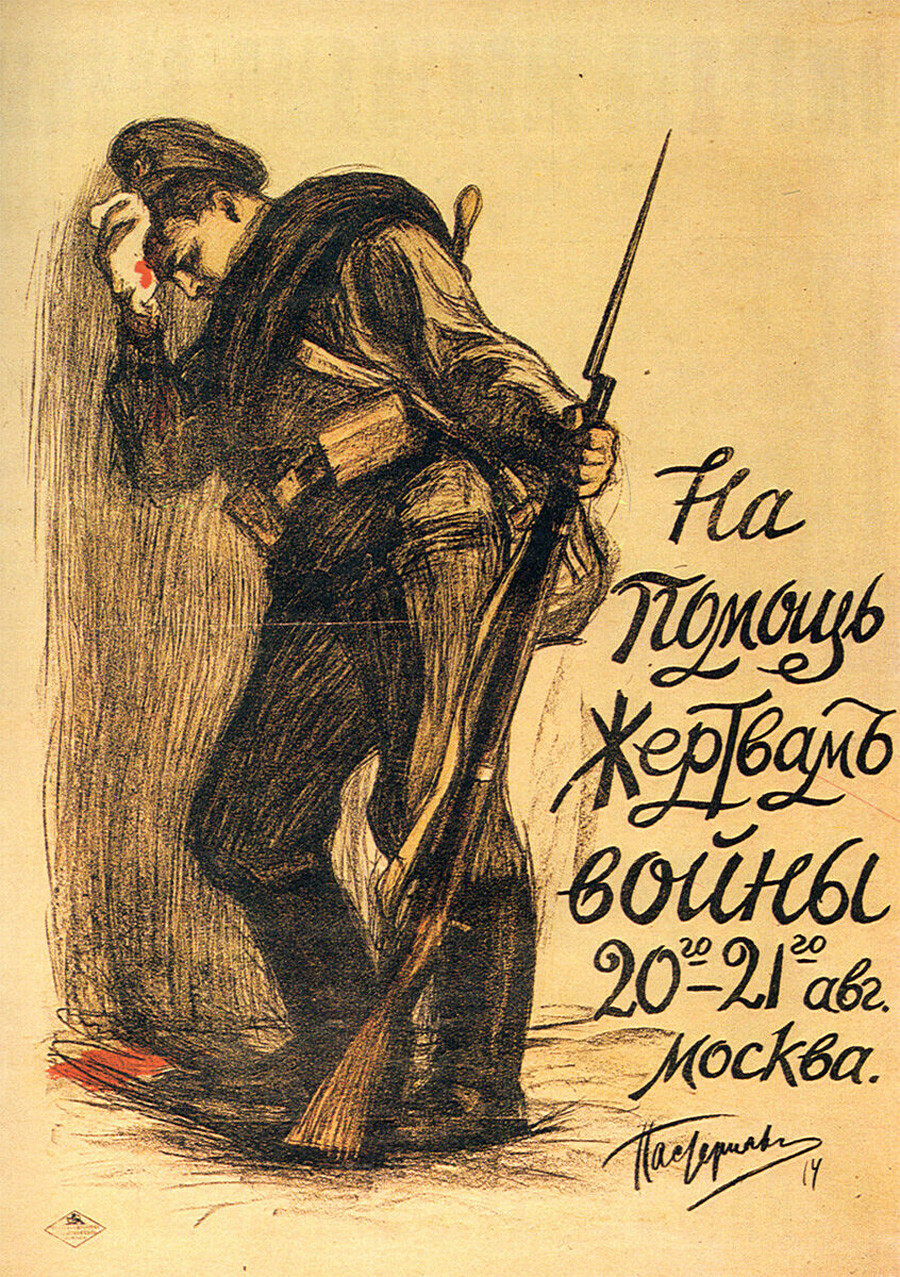 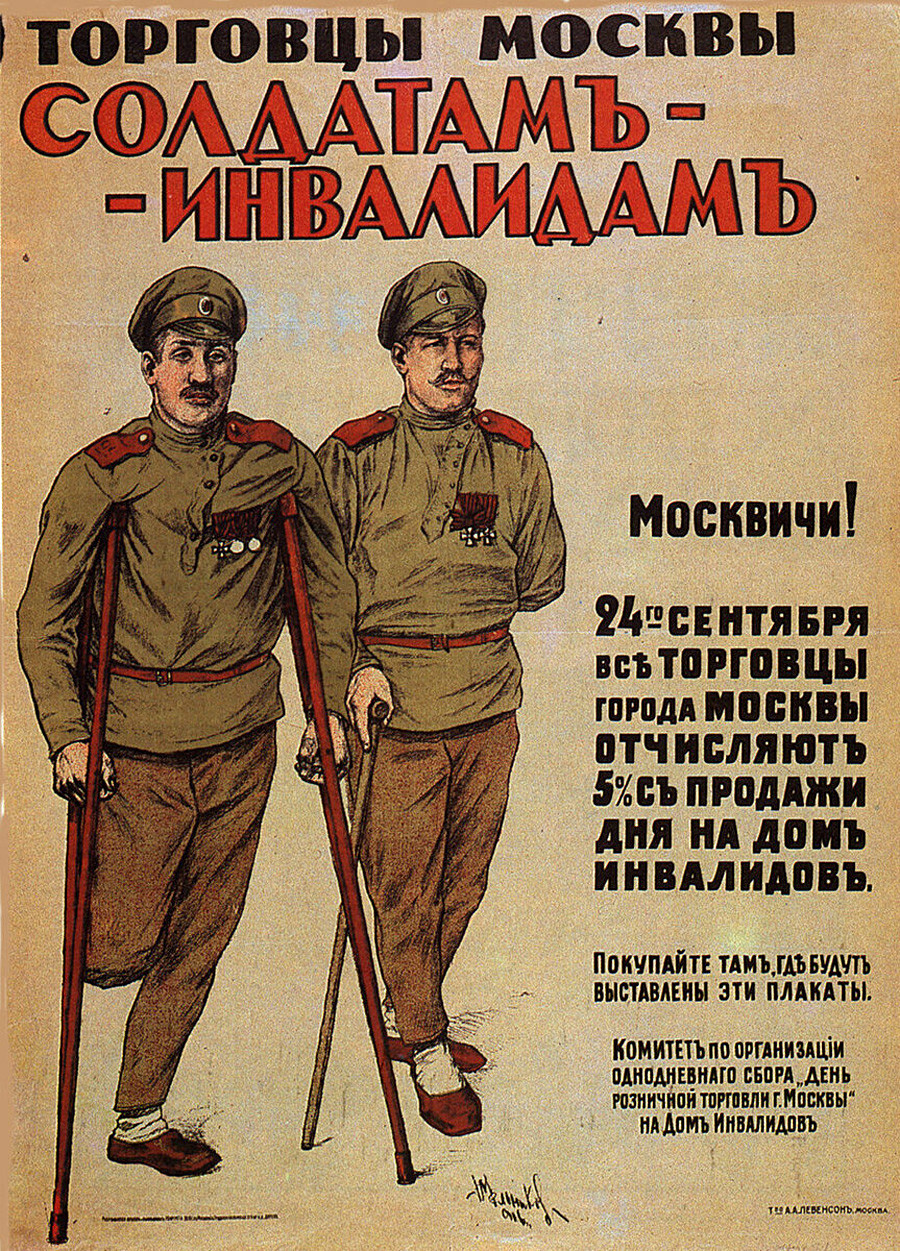 “Moscow merchants to disabled soldiers” — 1915. All merchants in the city gave 5% of their daily sales to the disabled. 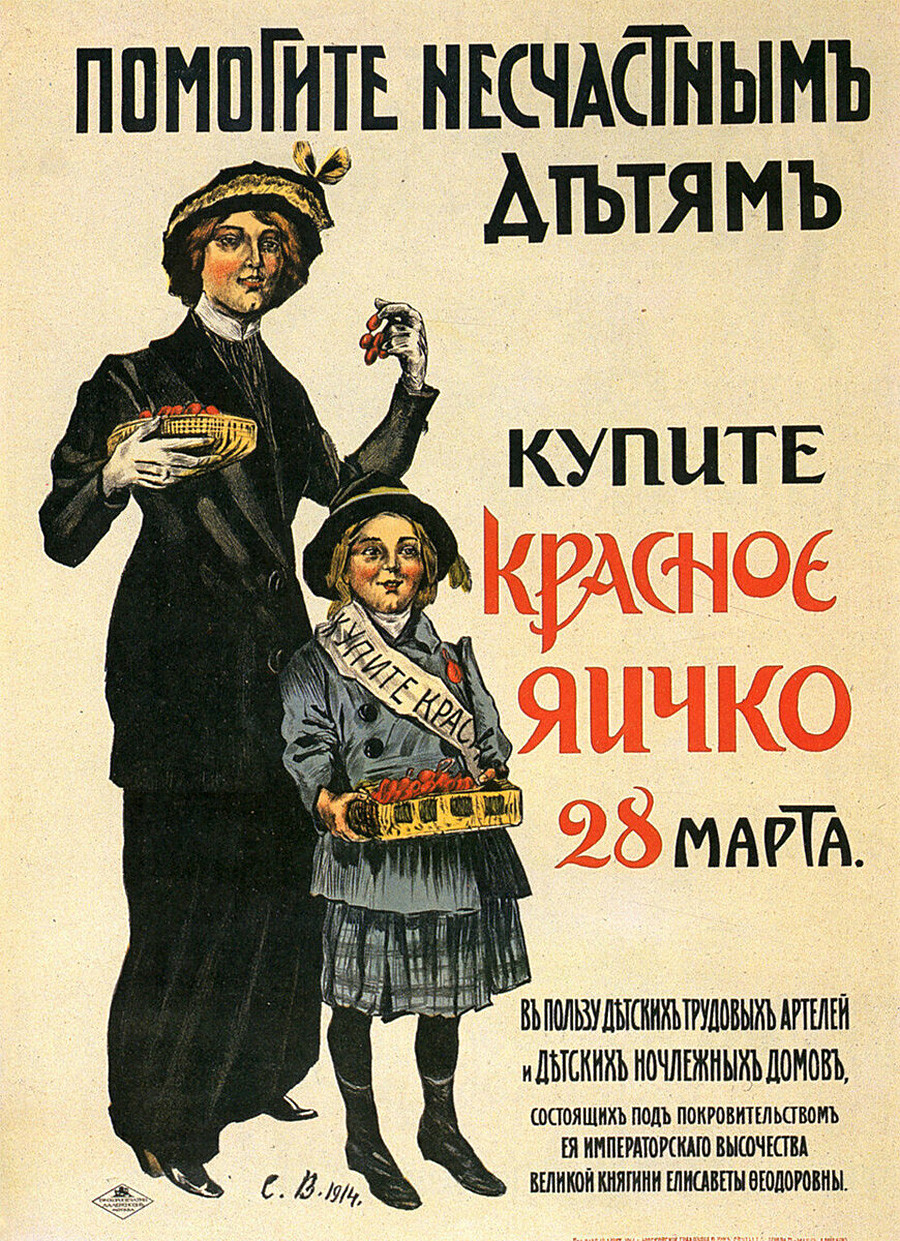 “Buy a red egg on March 28 to help artels and orphanages under the auspices of Her Imperial Highness Grand Duchess Elizaveta Feodorovna. 1914.” 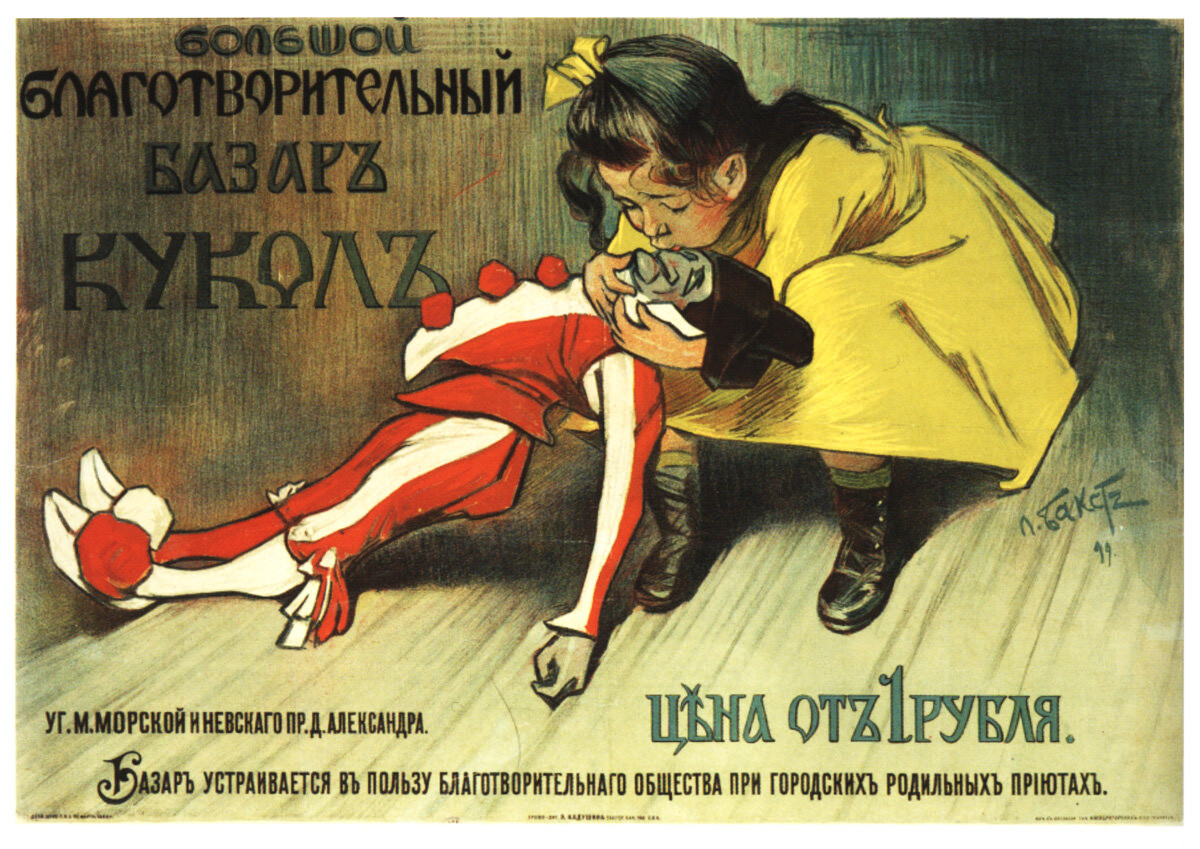 Lastly, there were international campaigns that Russia enthusiastically adopted in the early 20th century. The imperial family supported the European “White Flower” movement to fight tuberculosis. Donation collectors sold white daisies on the streets. The price was “whatever you can afford.” 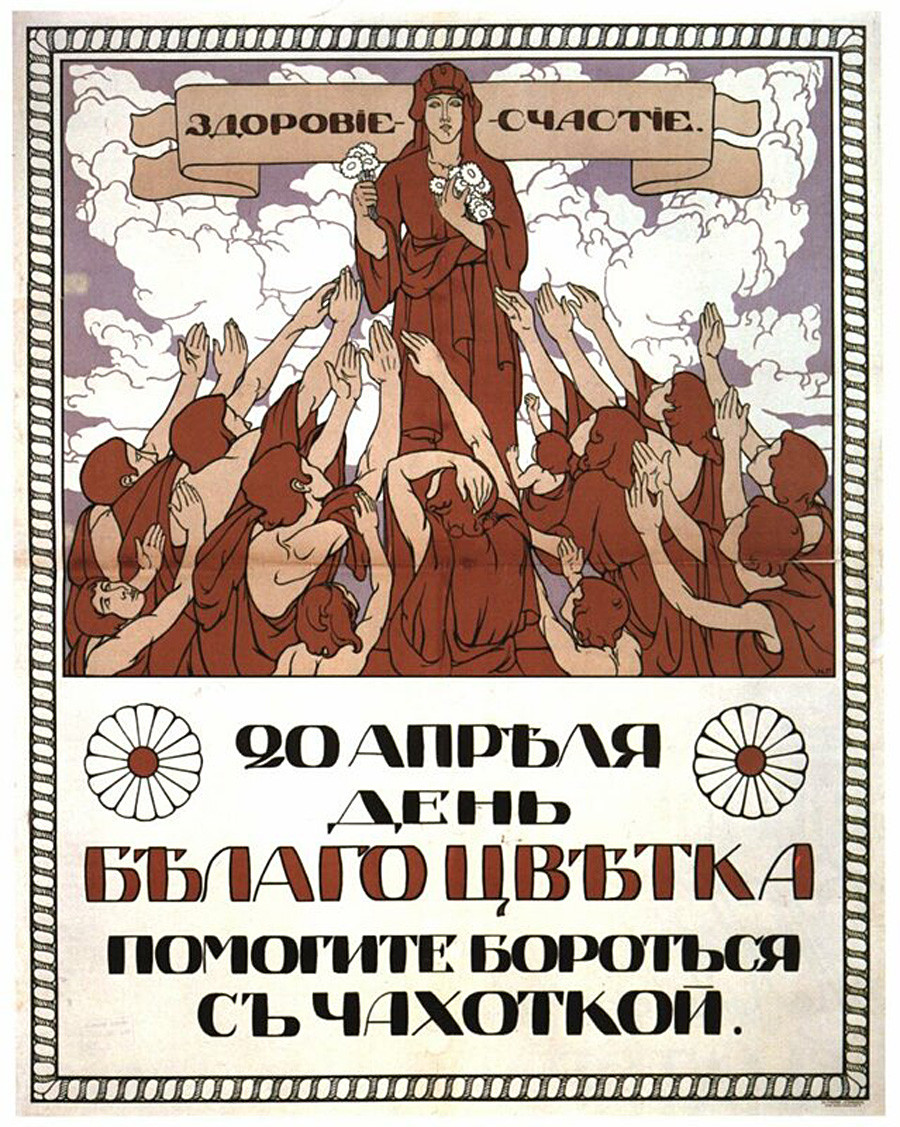 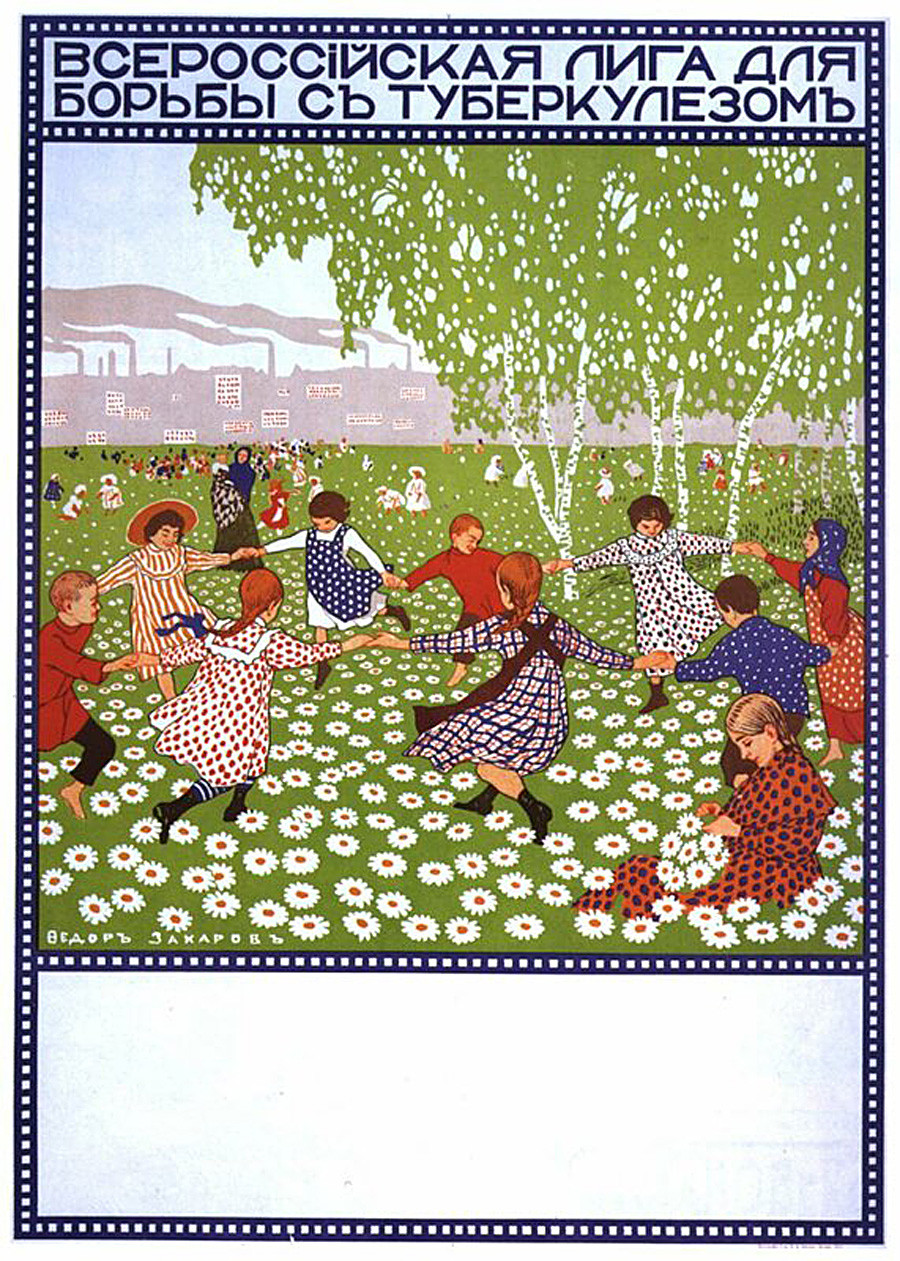