What Putin looked like before he became president (PHOTOS) 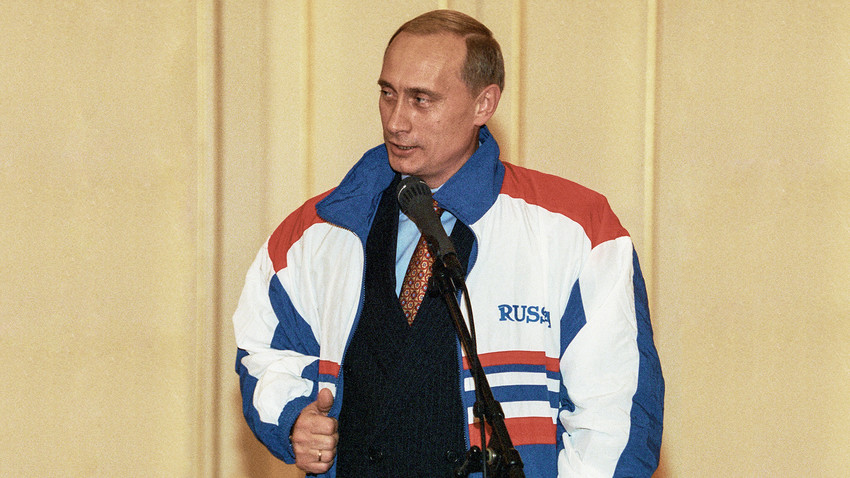 Sergey Subbotin/Sputnik
Can you imagine the serious and high-profile Mr. Putin in a colorful tracksuit? We've put together a collection of photographs taken before his life became dominated by official dress codes!

A bright tracksuit and a sheepskin coat, a massive wrist watch and a brimmed hat - before he took on his VIP job, the future president was really no different from his fellow countrymen. 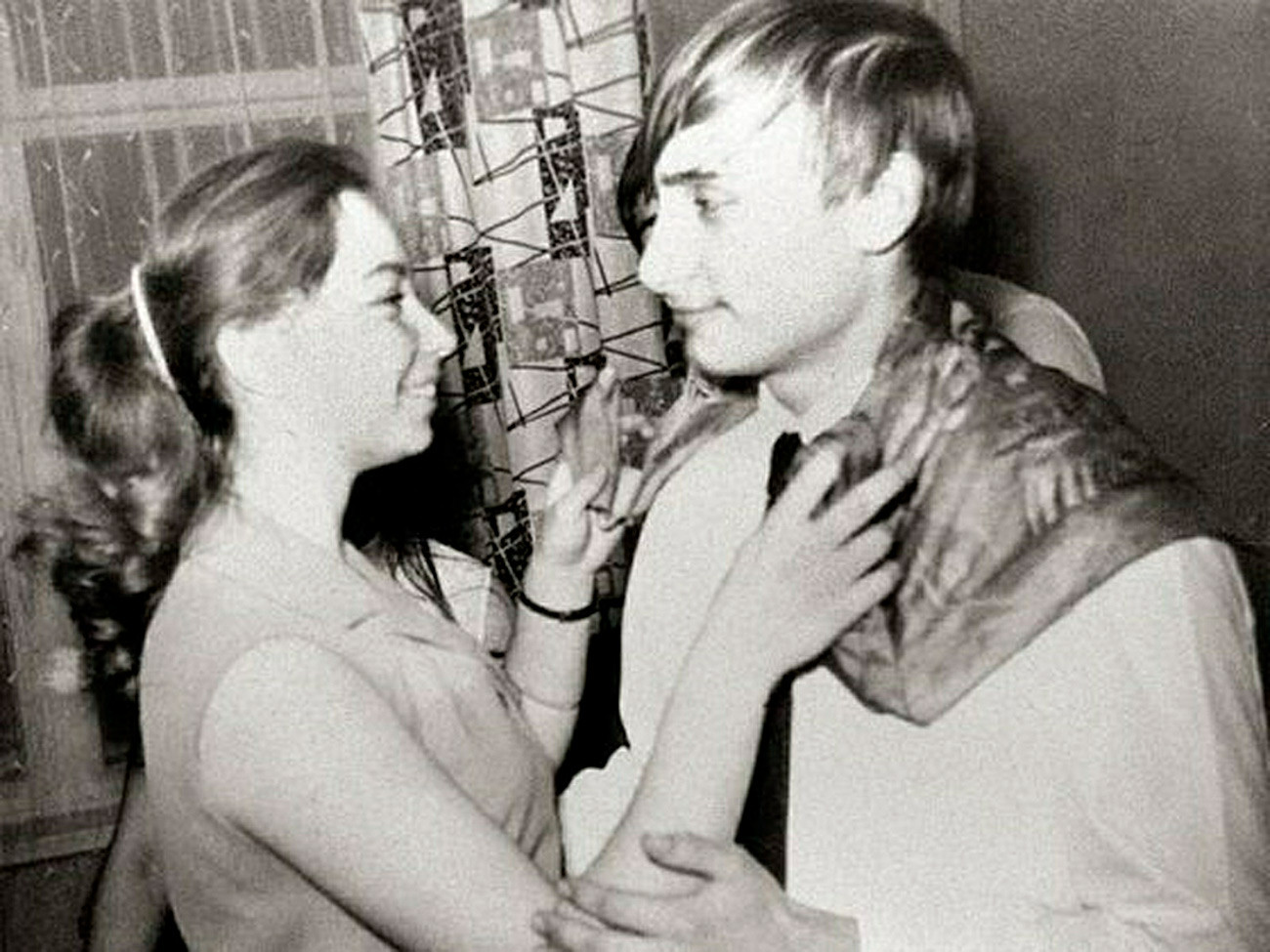 Putin is dancing with his classmate Elena during a party in St. Petersburg in 1970

Almost 50 years ago, a young Putin would dress a little like a hipster. In 1970, the year he finished school with a major in chemistry, he went to a party. There, one of the photos captures him dancing with his classmate, Yelena, in an apartment in Leningrad (now St. Petersburg). 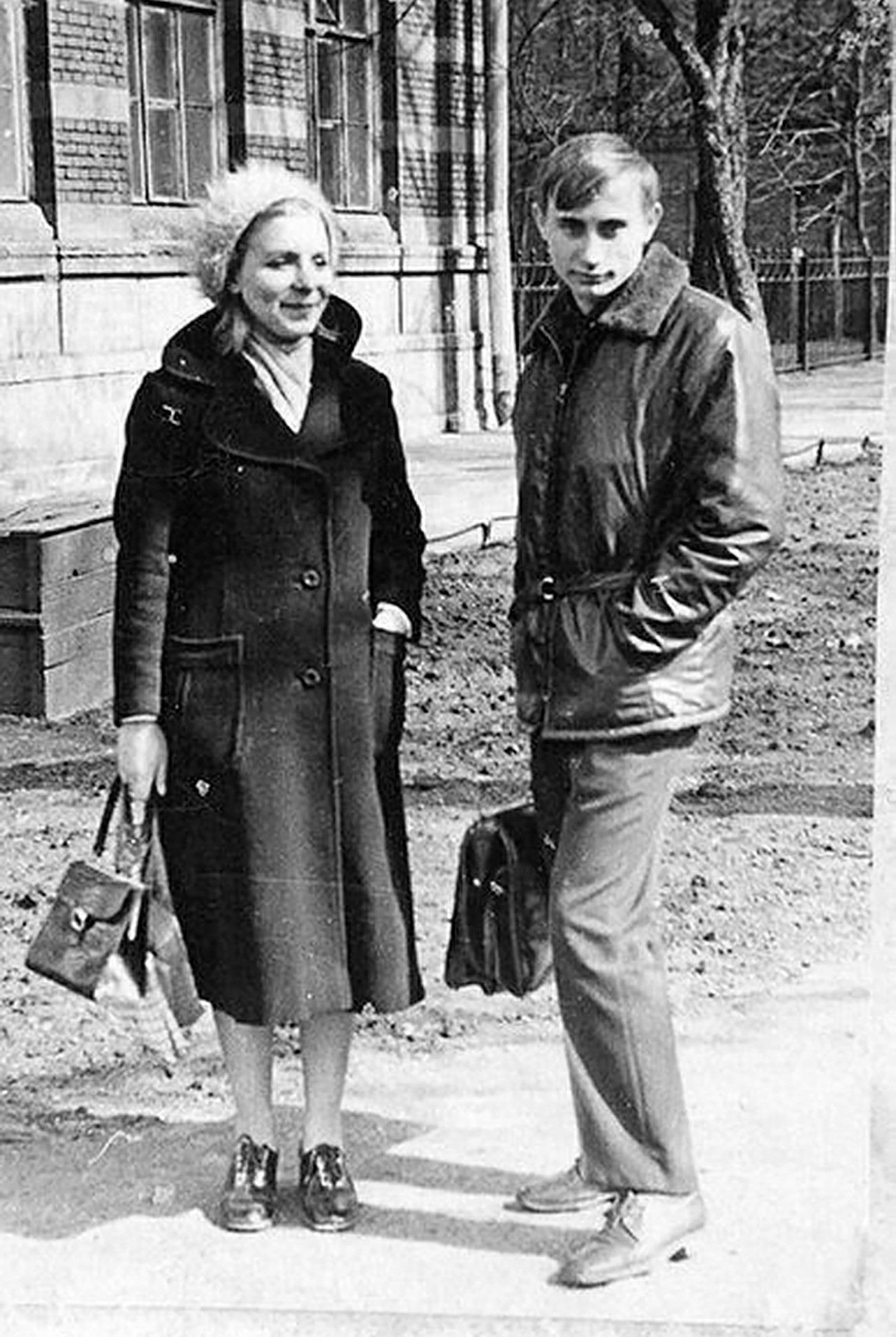 Putin with his future wife Lyudmila

Putin met his future wife, air hostess Lyudmila, in 1980, and proposed to her three years later. By that time, he had already graduated from the law faculty of Leningrad University and was working for the KGB, spending his free time at the dachas of some acquaintances. 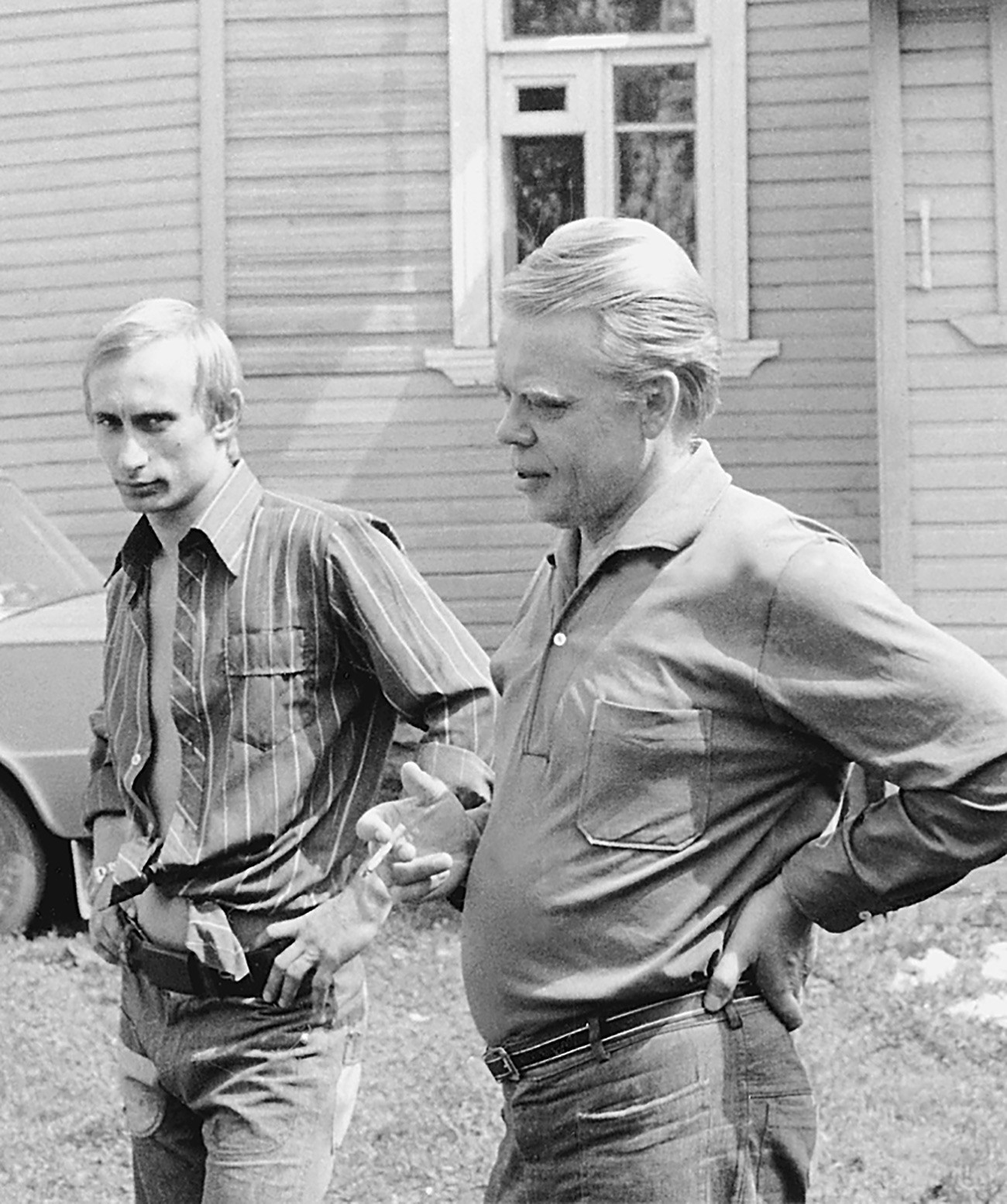 Putin at the dacha of some acquaintances.

This is how Putin’s young family looked before their first daughter, Maria, was born. 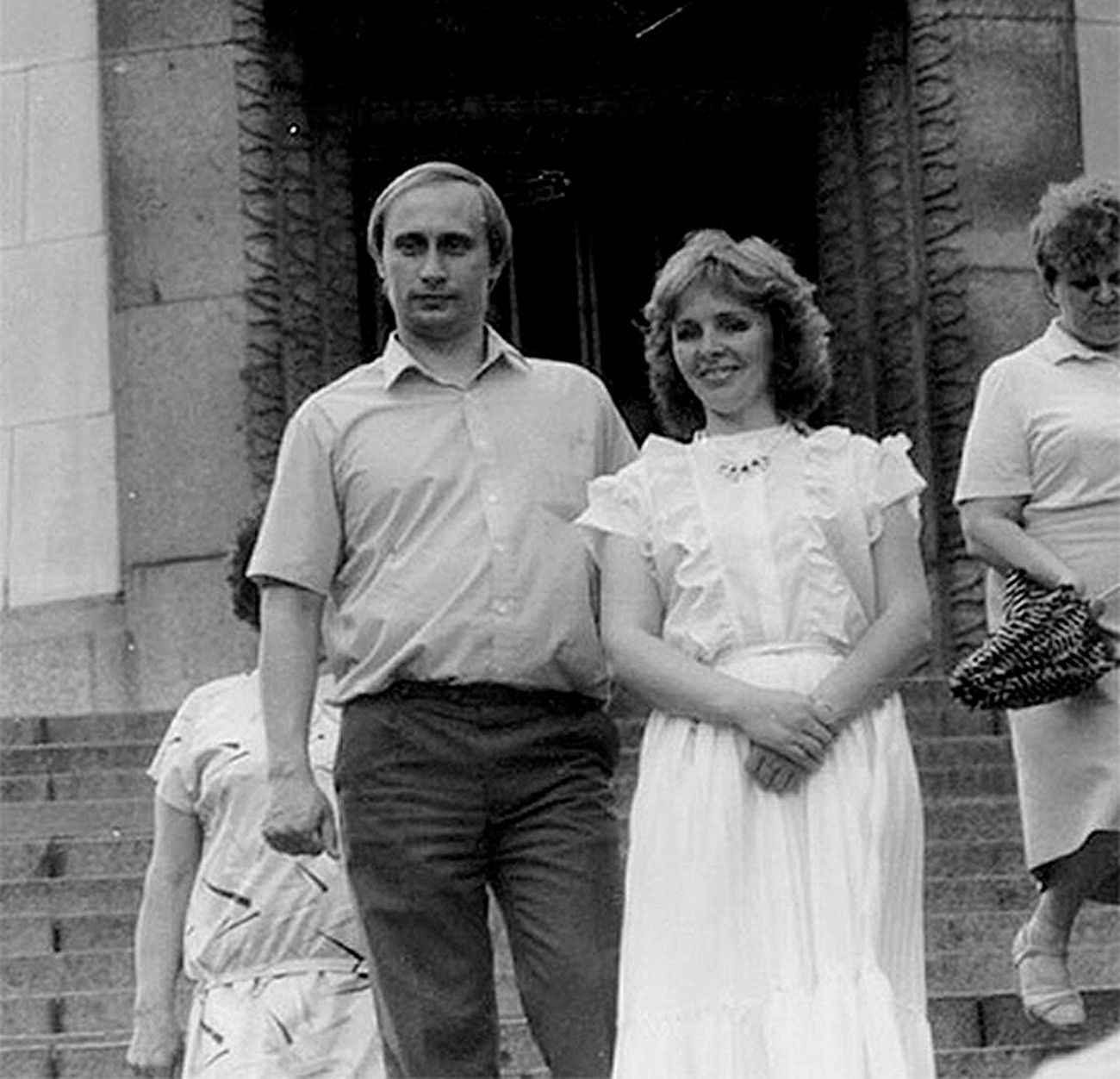 Vladimir Putin and his wife Lyudmila

They had their second daughter, Yekaterina, in 1986. She was born in Dresden, where Putin, with his family, had been stationed in connection with his foreign intelligence work. 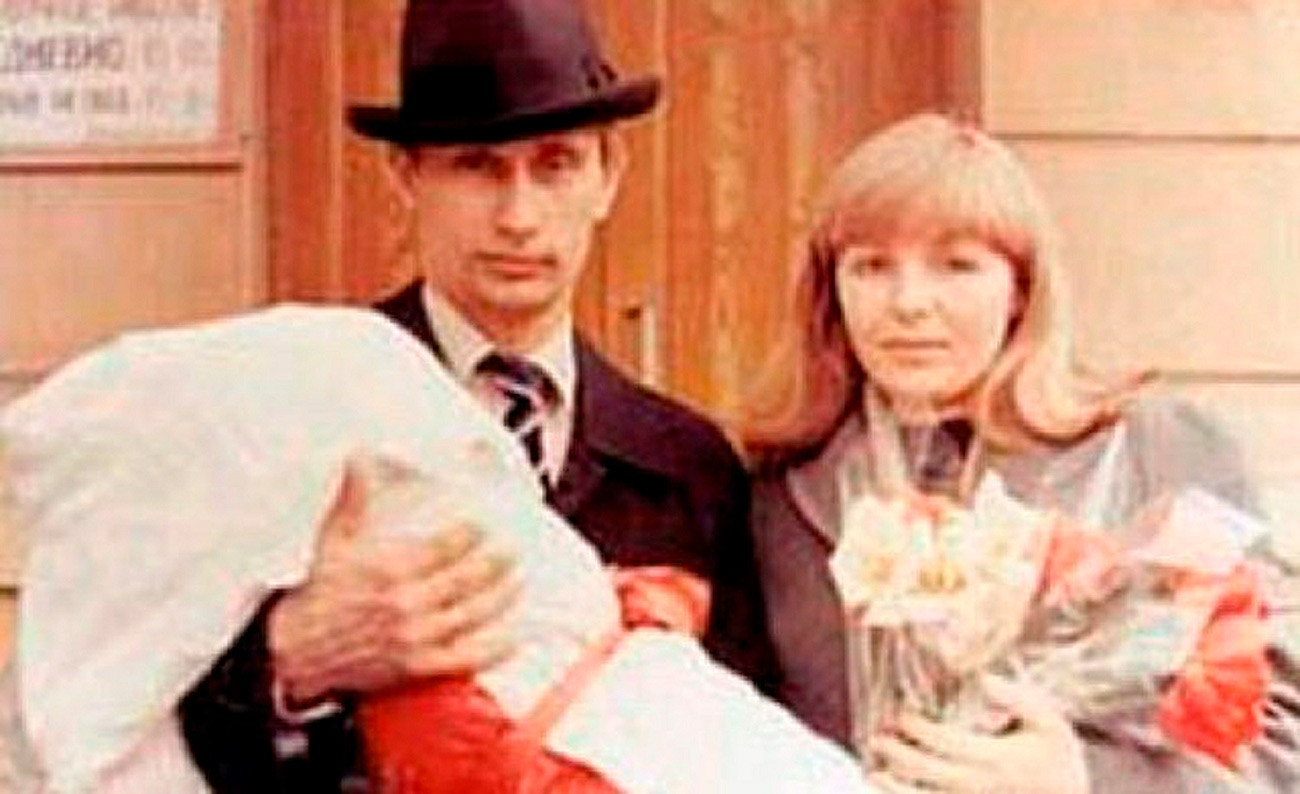 Putin with his second daughter, Yekaterina.

In the “freewheeling 1990s”, the whole family had those colorful tracksuits that have become synonymous with the first post-Soviet decade. Everyone wore them: Schoolgirls, athletes, pensioners, dancers - and even the future president. 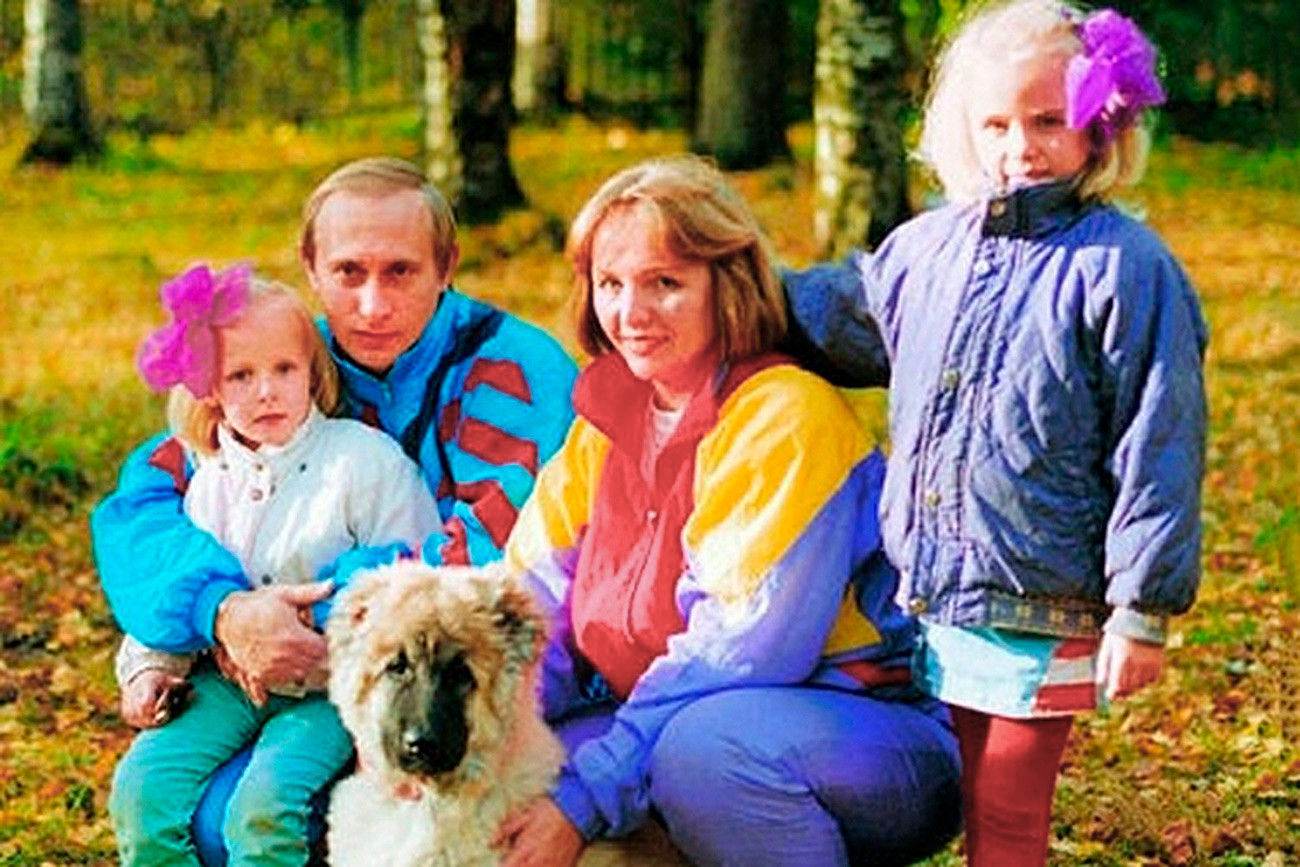 Young Vladimir Putin with his wife Lyudmila and daughters, 1990.

The tracksuit was not immediately discarded, even after business suits started taking up more and more space in his wardrobe. 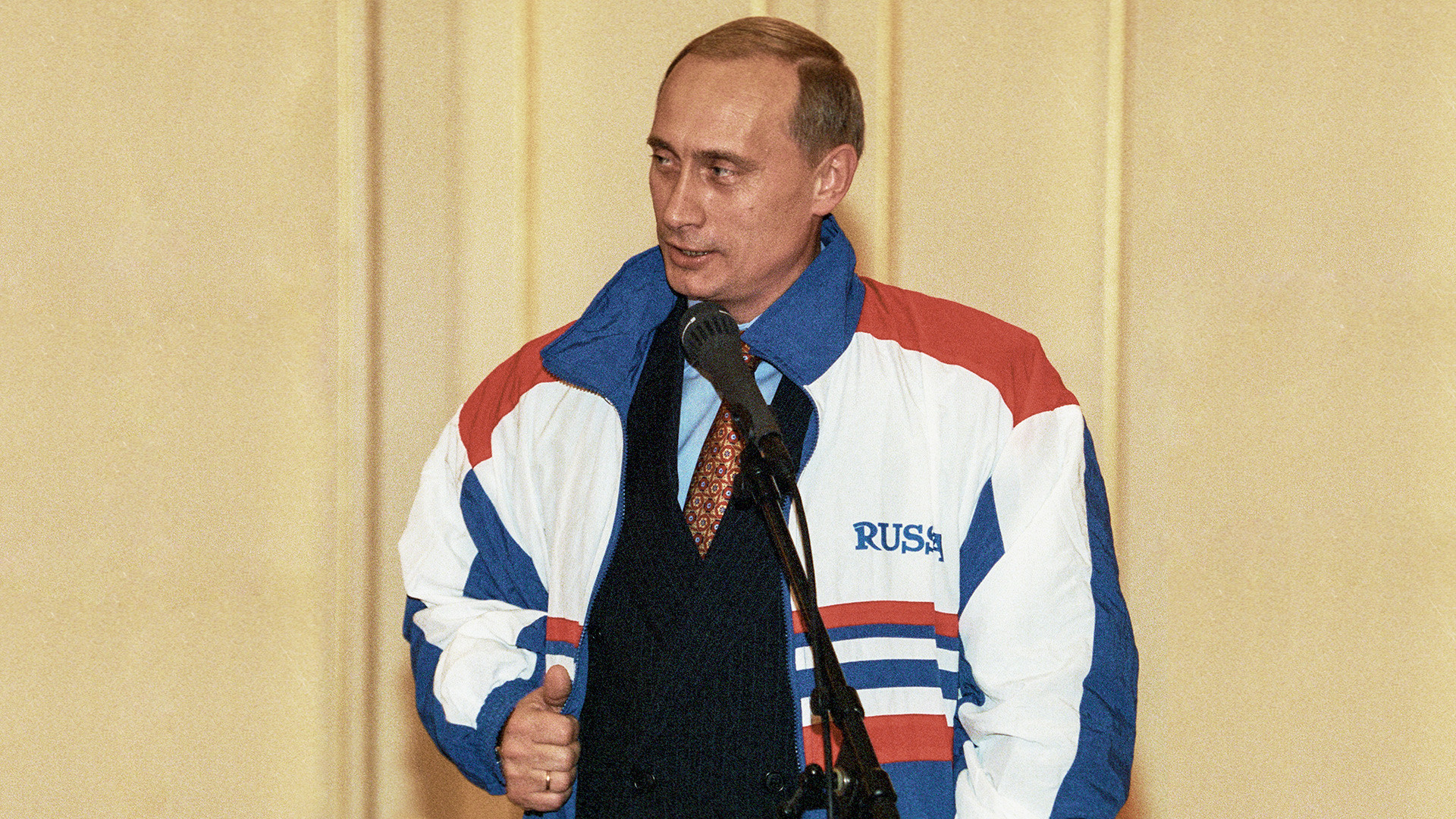 Nevertheless, from time to time, he would still turn up in a brown sheepskin coat with a massive wrist watch and a matching brown bag. 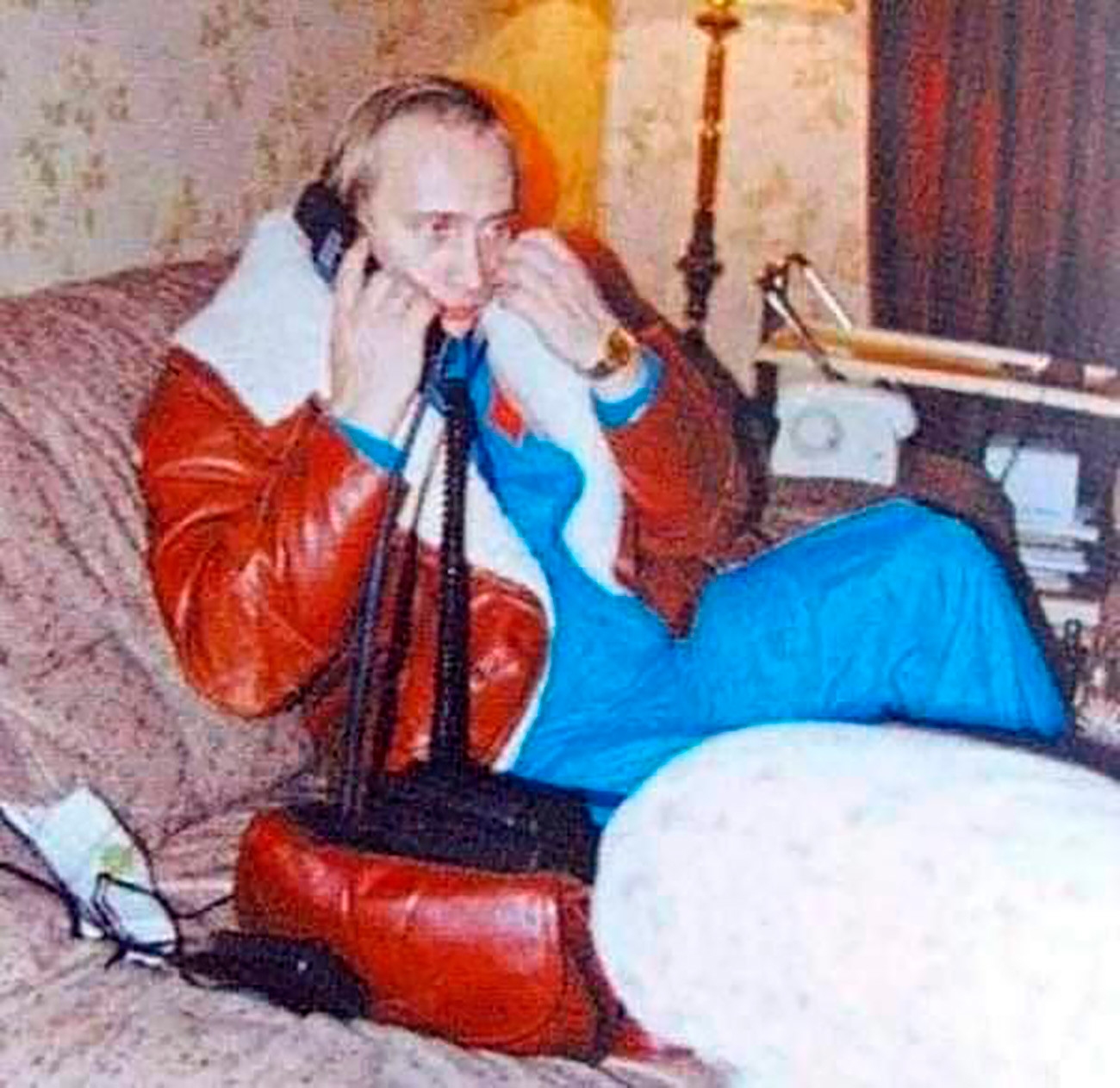 Putin in a brown sheepskin coat.

Very soon Putin was to get his first job in the state administration - he became an adviser to the chairman of Leningrad City Council, Anatoly Sobchak, and later, a spokesman for foreign affairs at the city mayor's office: He started meeting and holding talks with foreign businessmen. 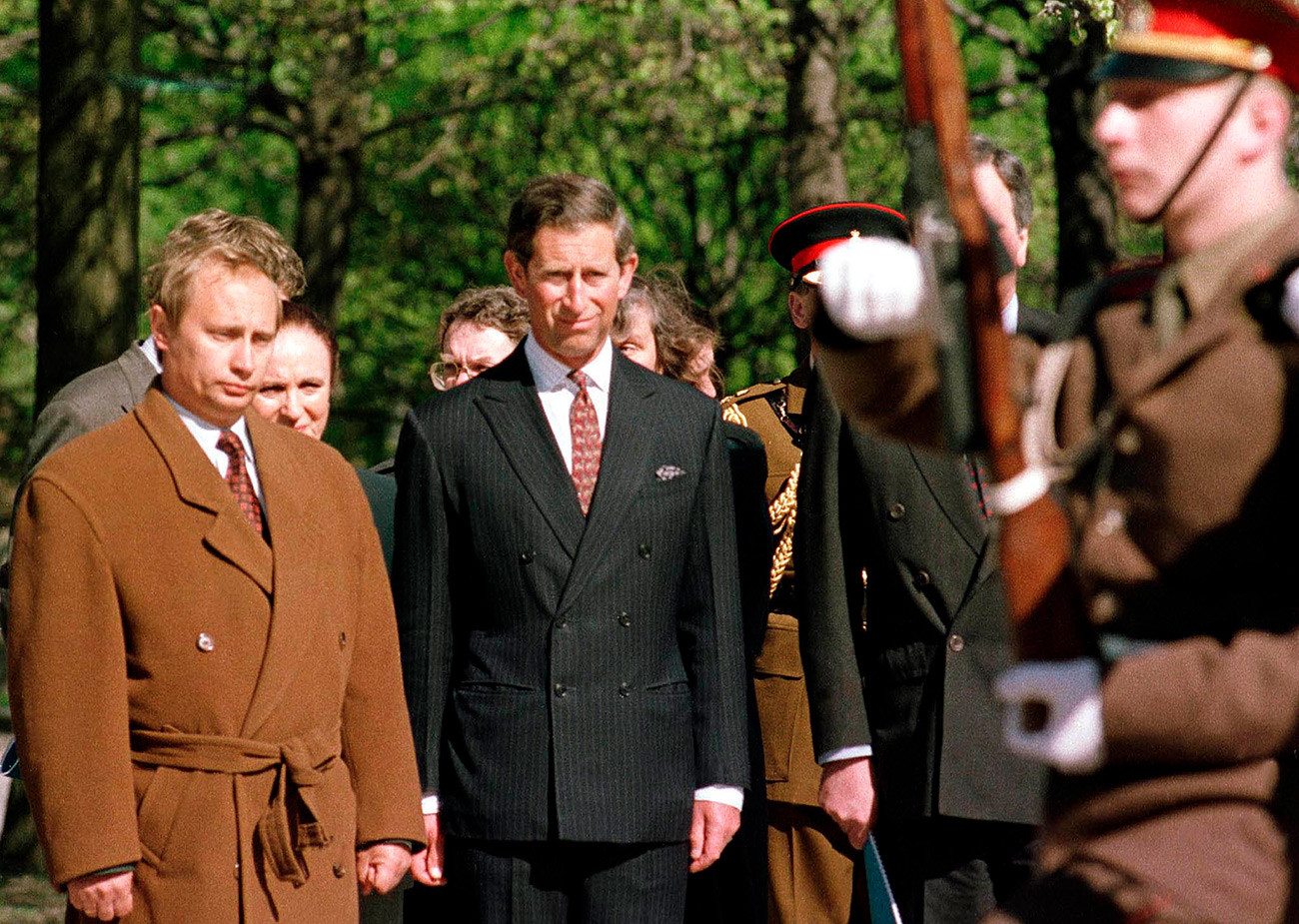 The colorful tracksuit would, one day, be put away forever. 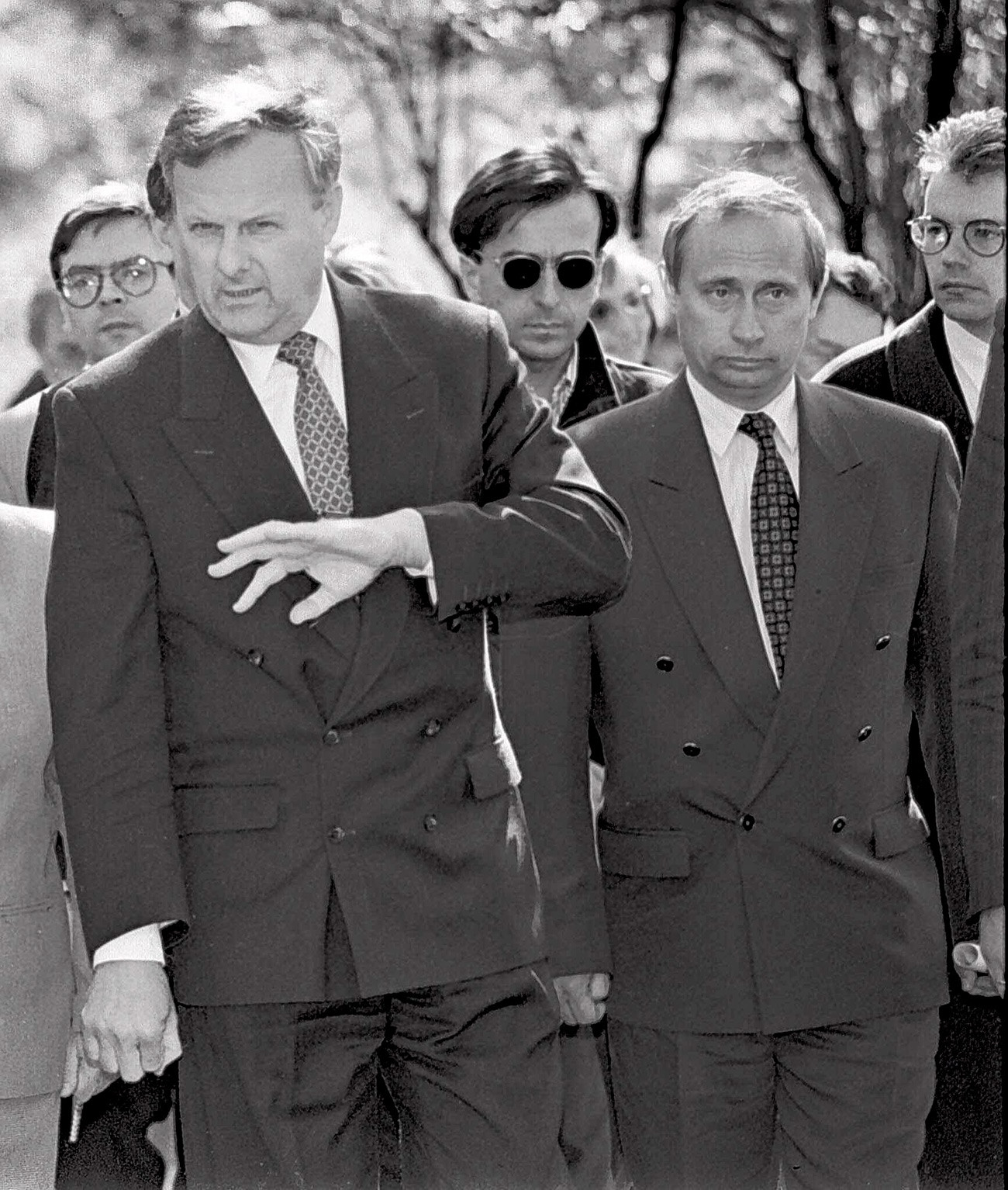