Where to buy Putin stuff (online and off) 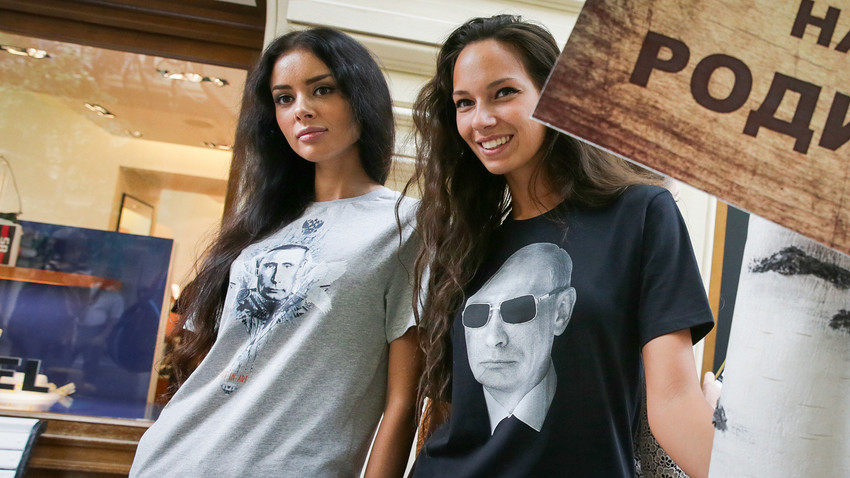 This brand is developed by Voentorg, the official supplier of the Russian army, so their main line is military casual clothes and accessories with the Russian Army logo. Right on topic, one of the brand’s launch shots was a series of T-shirts bearing the image of the Russian president. They featured a black-and-white graphic print with the Russian caption “The politest of people” (the Russian equivalent of “little green men” was “polite people”). 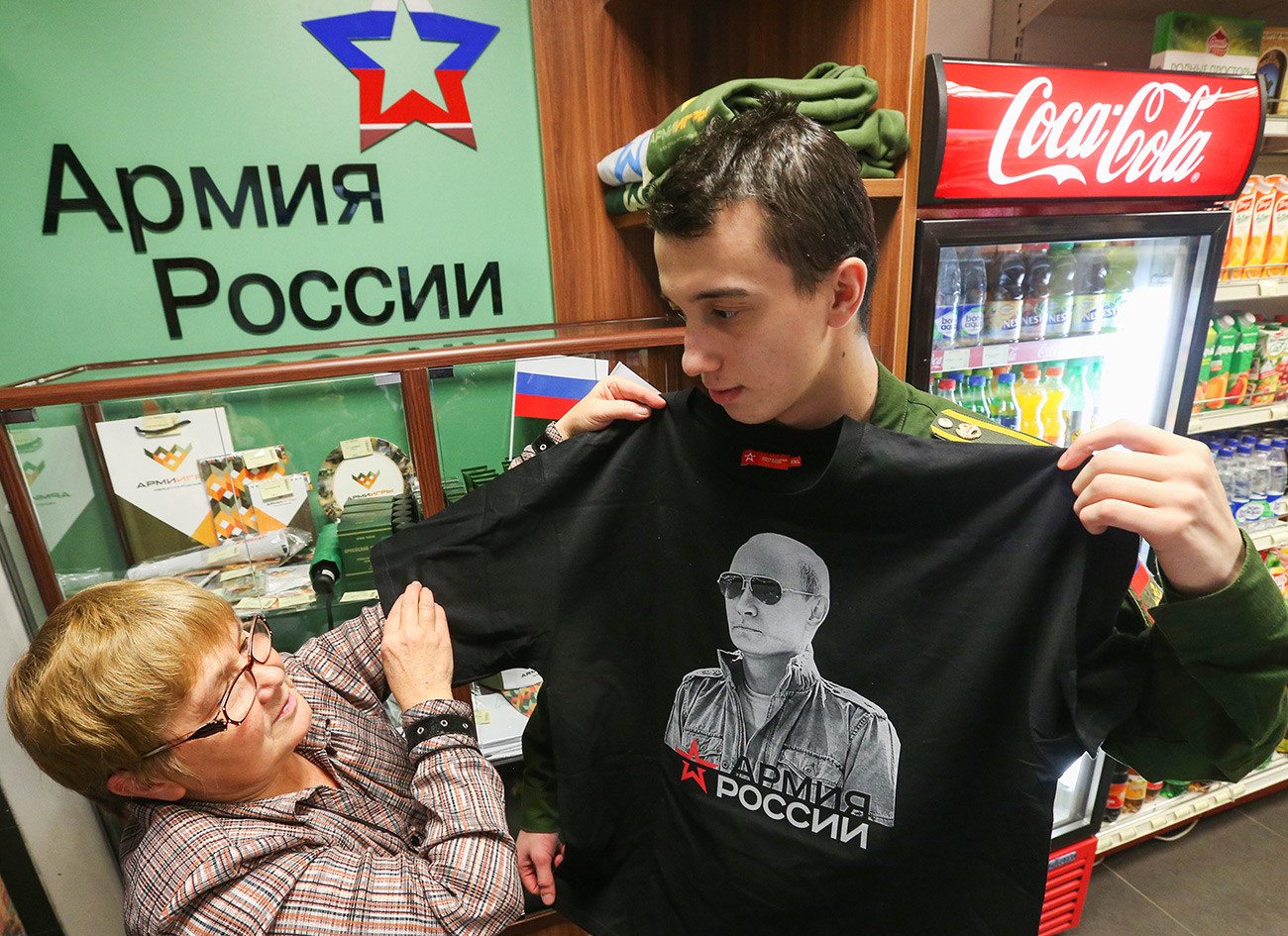 Since then, Putin-branded items have been a regular fixture in their range. For example, a T-shirt with the words “I’ll solve it with one MiG... or two” (the pun being that in Russian "odnim MIGom" can mean both “with one MiG” and “in an instant”) will set you back 1,590 rubles ($25).

They also sell Putin-style jackets (the one he wore on a well-publicized fishing trip to Tuva) for 7,090 rubles ($110). And don’t forget a snug pair of Putin pants (note to British speakers: don’t get excited, we mean trousers). Costing 4,790 rubles ($75), they are advertised on the website as matching the Putin-style jacket.

Army of Russia has stores throughout Russia (addresses here) and can deliver to other countries. 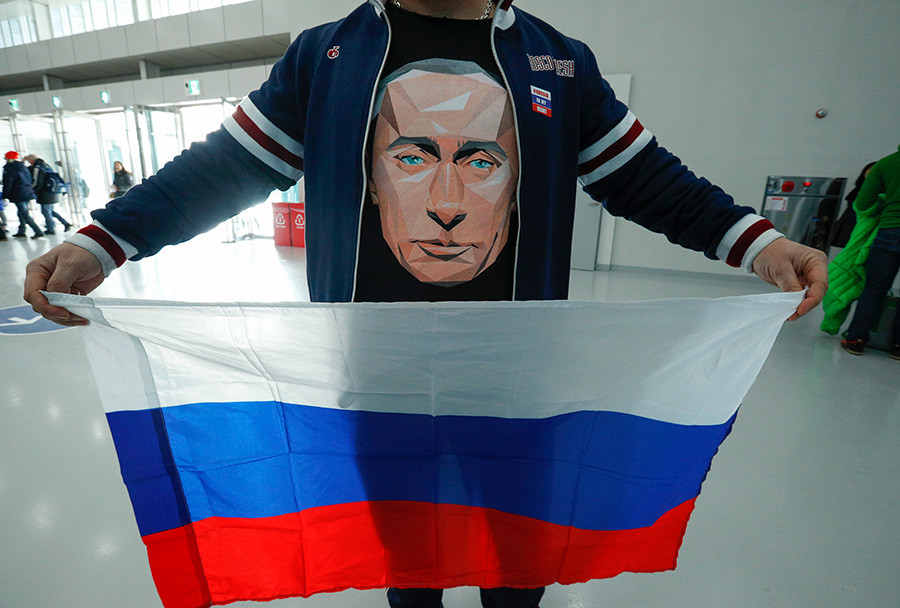 The streetwear brand Black Star is one of the many projects run by Russian rapper and businessman Timati. The rapper is personally acquainted with Putin, and is said to have the president’s ear. Timati is also linked to the abovementioned Army of Russia — he sometimes develops clothing lines for them.

T-shirts and sweatshirts with the president’s image from Black Star Wear are available online and in Moscow and Riga, where the first European franchise store was opened. The asking price on the website for a T-shirt with Putin’s face is 2,300 rubles ($35). There is also a pre-order option for future collections, plus worldwide delivery.

Shokobox and other chocolate Putin sources 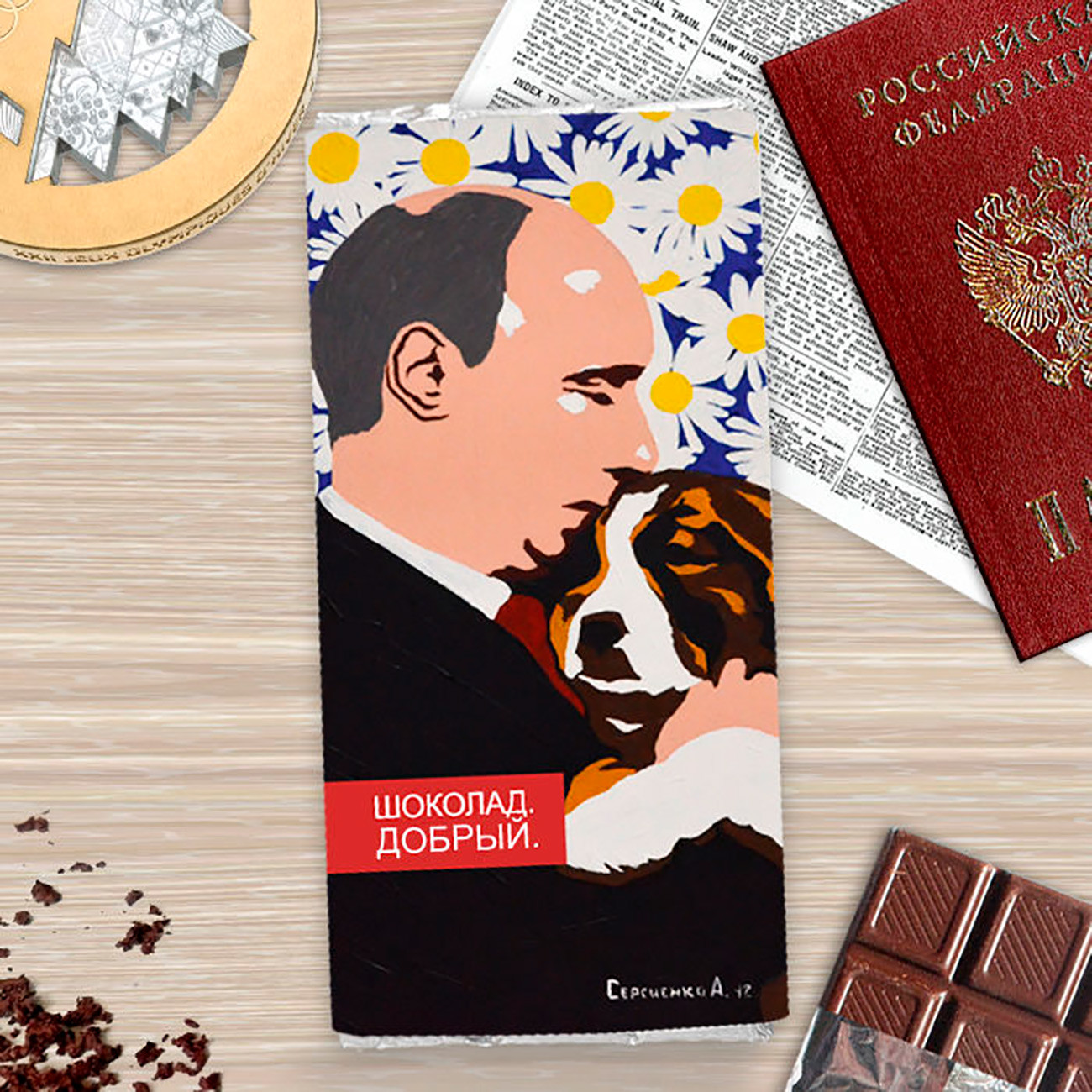 Chocolate bars showing Putin in various poses (crying, puppy-hugging, standing against a backdrop of daisies), plus other confectionery fantasies are produced by the St Petersburg company Shokobox. A bar costs around 170-200 rubles ($2.5-3). The company is noted for offering tailor-made chocolates, and buyers can design their own label. The “President” series (with the logo “Buying this chocolate improves the country’s GDP!” — in Russian the abbreviation of gross domestic product is VVP, the same as Putin’s initials) is always available online; the company produces about 3,000 such bars per month.

Also on sale in Russia are “President” chocolate truffles (made by confectionery firm Golden Candies) with vodka and chili peppers — all for 2,700 rubles ($42) per kilogram. But they have to be snapped up online or tracked down in souvenir sweet shops (one is located in Moscow at 22 Pyatnitskaya Str.). Order online here and here. 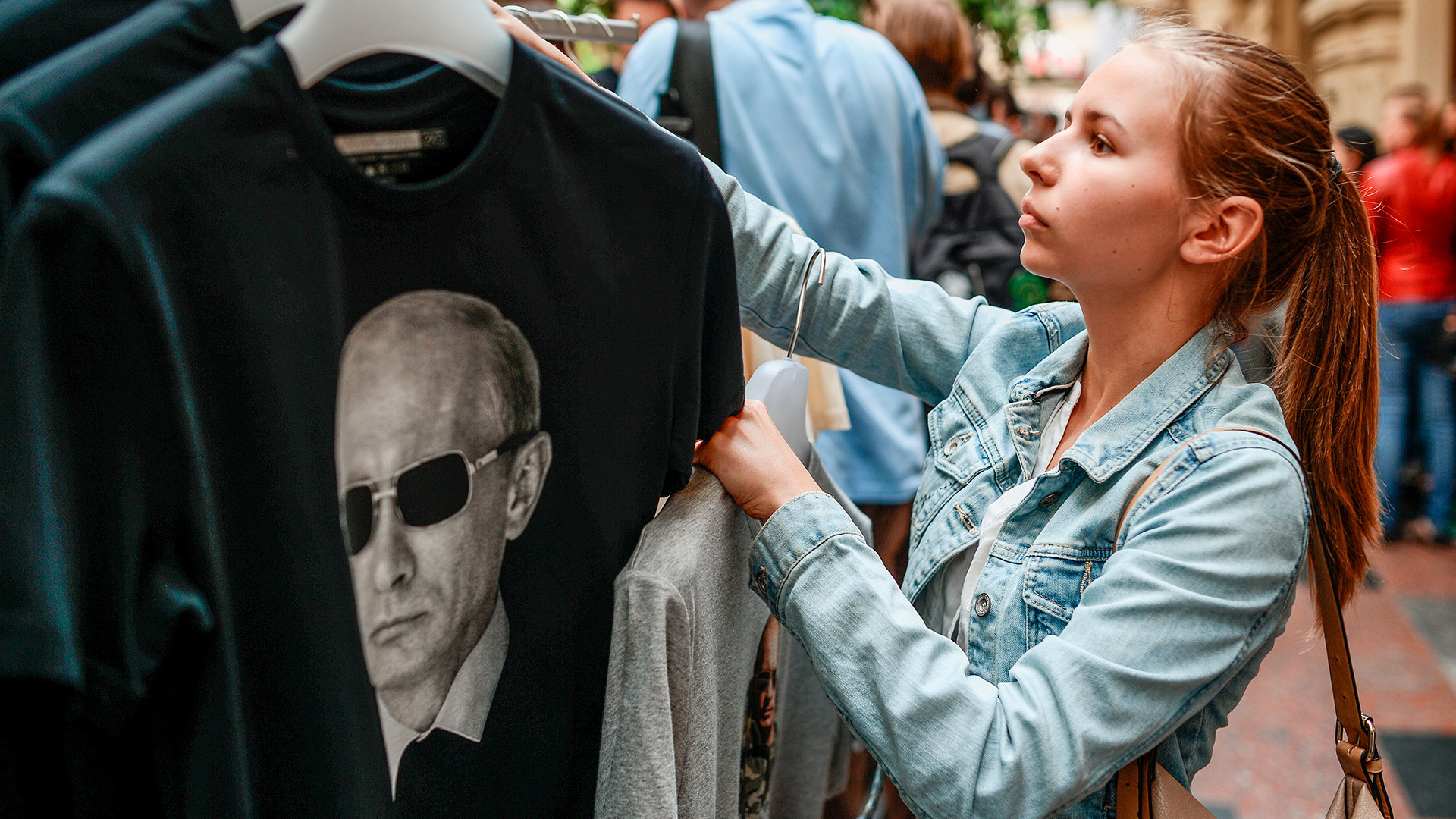 Another Voentorg platform offering army goods, but with a wider selection of Putin-themed gear: Putin riding a bear, Putin riding a horse, Putin with dogs, Putin promising to make Russia great again, and other items — probably not as stylish as Army of Russia and Black Star, but several times cheaper (get one for $9). The online store delivers across Russia; there are no offline outlets.

The main street with Putin paraphernalia in Moscow is Arbat. Old Arbat, one of the most touristy streets in the capital, became home for dozens of gift shops. And remember: the closer you are to the tourist center of the city, the more expensive the souvenirs.

But the biggest source of all things Putin is, of course, China. On Aliexpress you can find everything and more: from offbeat prints, mugs, and smartphone covers to pillows, posters, and socks — all properly Putinized.