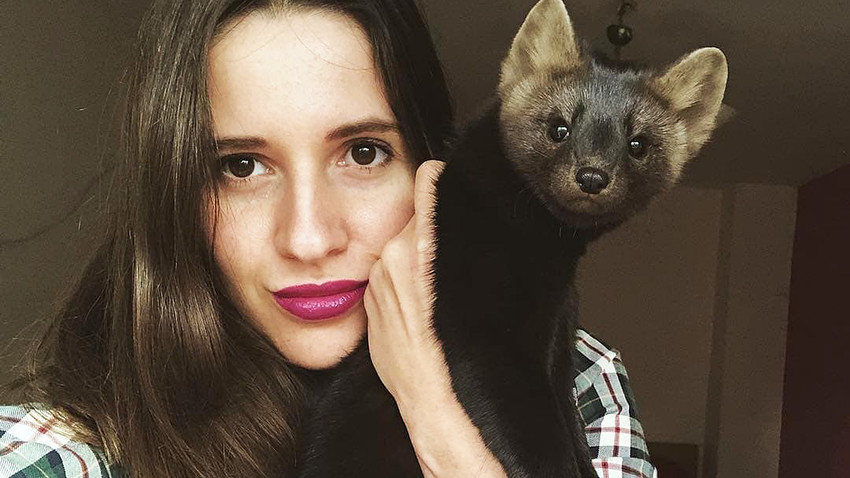 russian_sable
Umora the female sable could have been somebody’s coat, but one young lady changed her destiny. And now she’s a superstar!

A sable named Umora (Uma for short) was born on a fur farm together with two sisters. Luckily, at the end of 2018, Muscovite Eugenia Fedorchenko, 25, found her and took her home as a pet. And now Uma’s an Instagram star, after Eugenia began writing a blog about the sable’s life. Today, Umora’s blog already has over 150,000 followers! 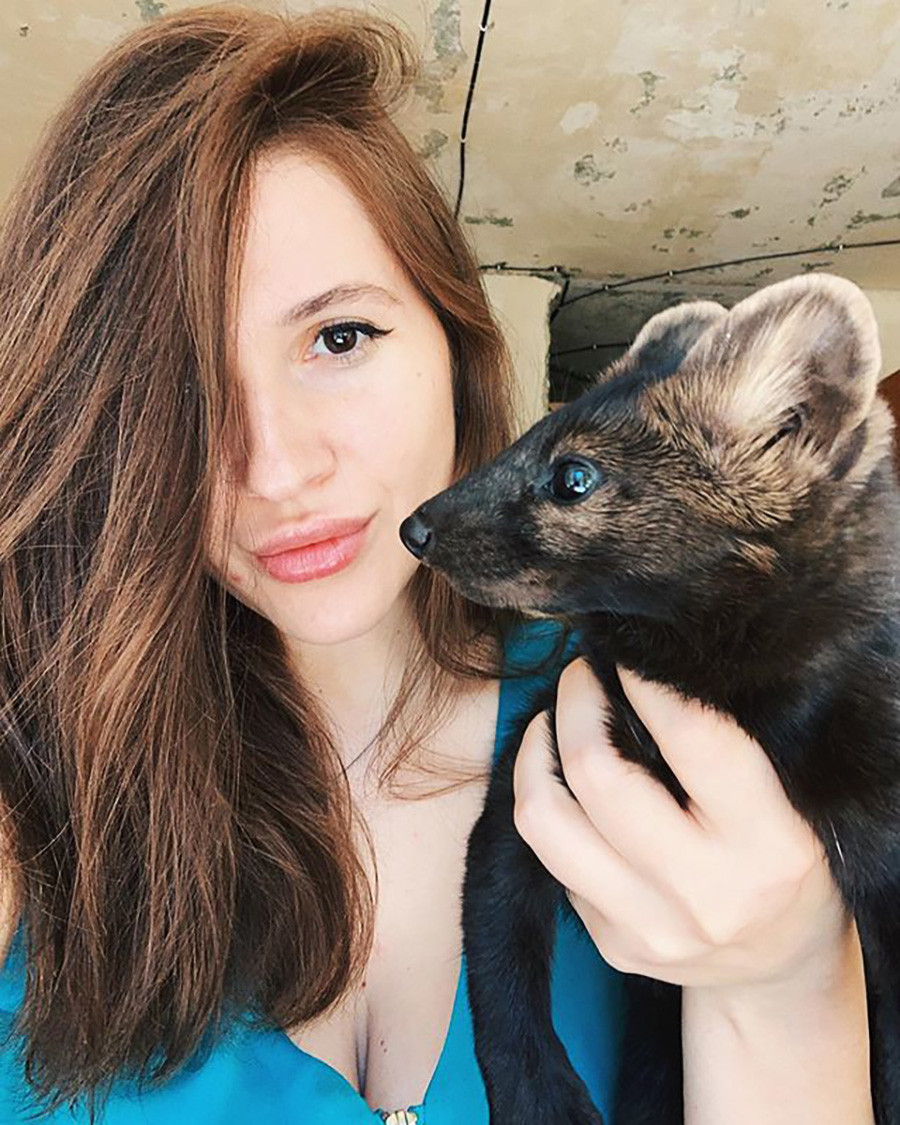 “I decided to buy a sable at a fur farm to save at least one animal from such a death,” Eugenia told Russian media. “The conditions there are awful – animals spend 8 months in small dirty cages. Umora smelled really bad, she was scared and had a torn nose.” 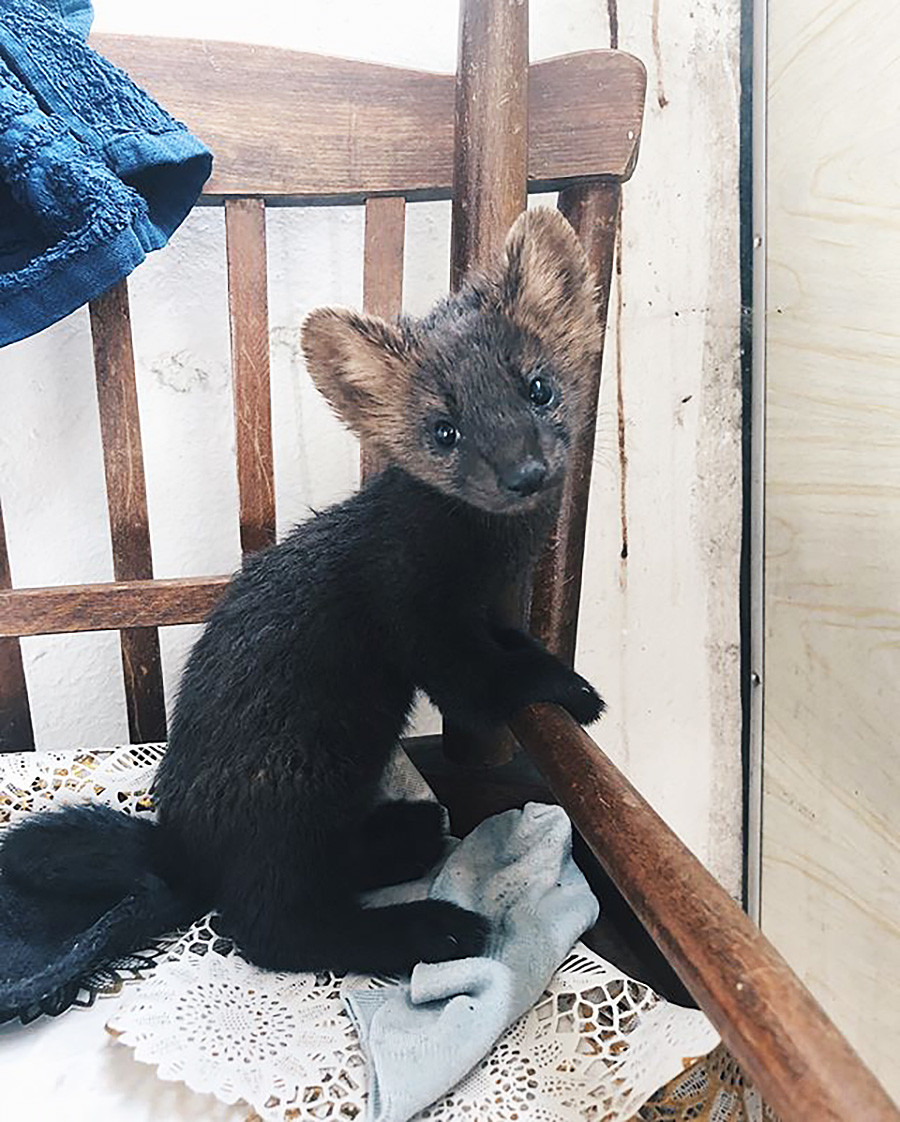 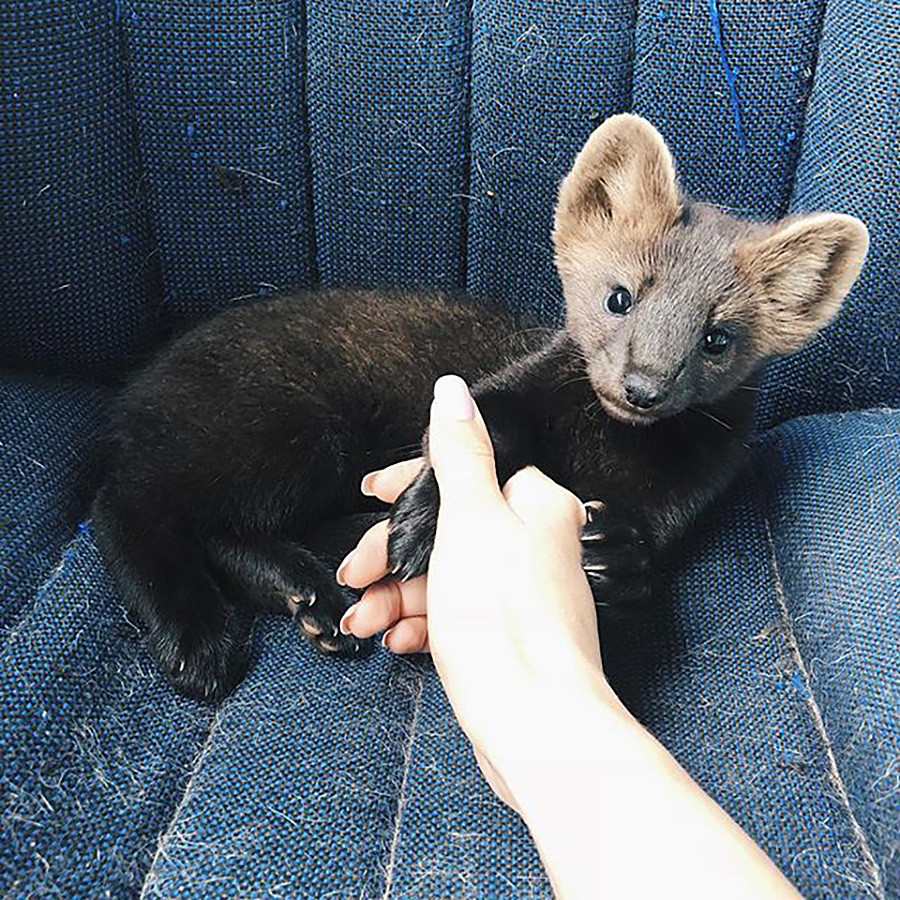 Eugenia regularly posts photos and videos of Umora. She says at first, it was rather hard to find contact with the sable, but a year later, Uma finally became trained. 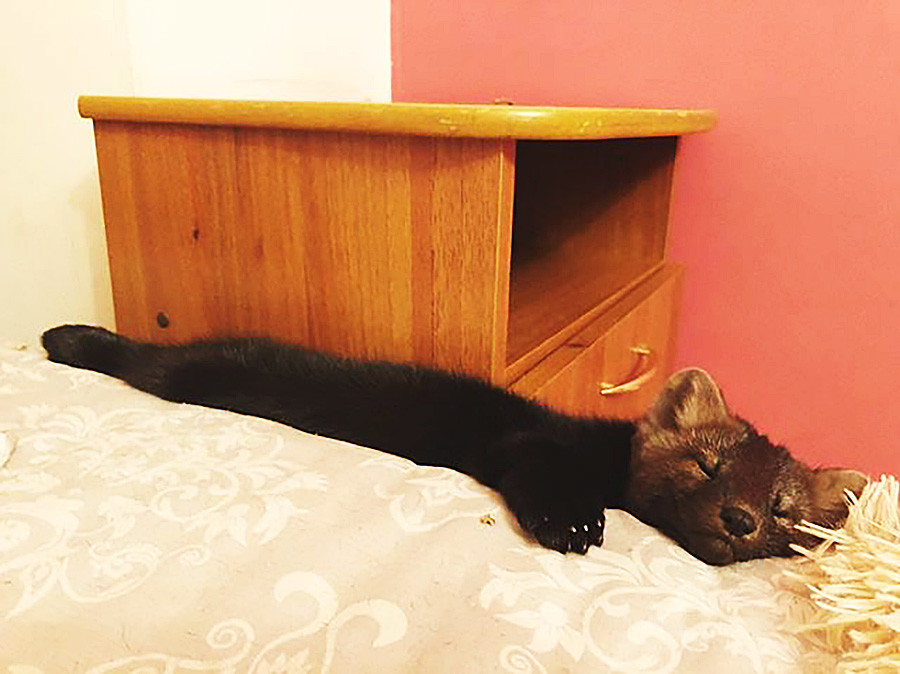 The naturally wild sable has bad behavior, but is very smart. Uma quickly accustomed to the toilet and even learned a few commands. 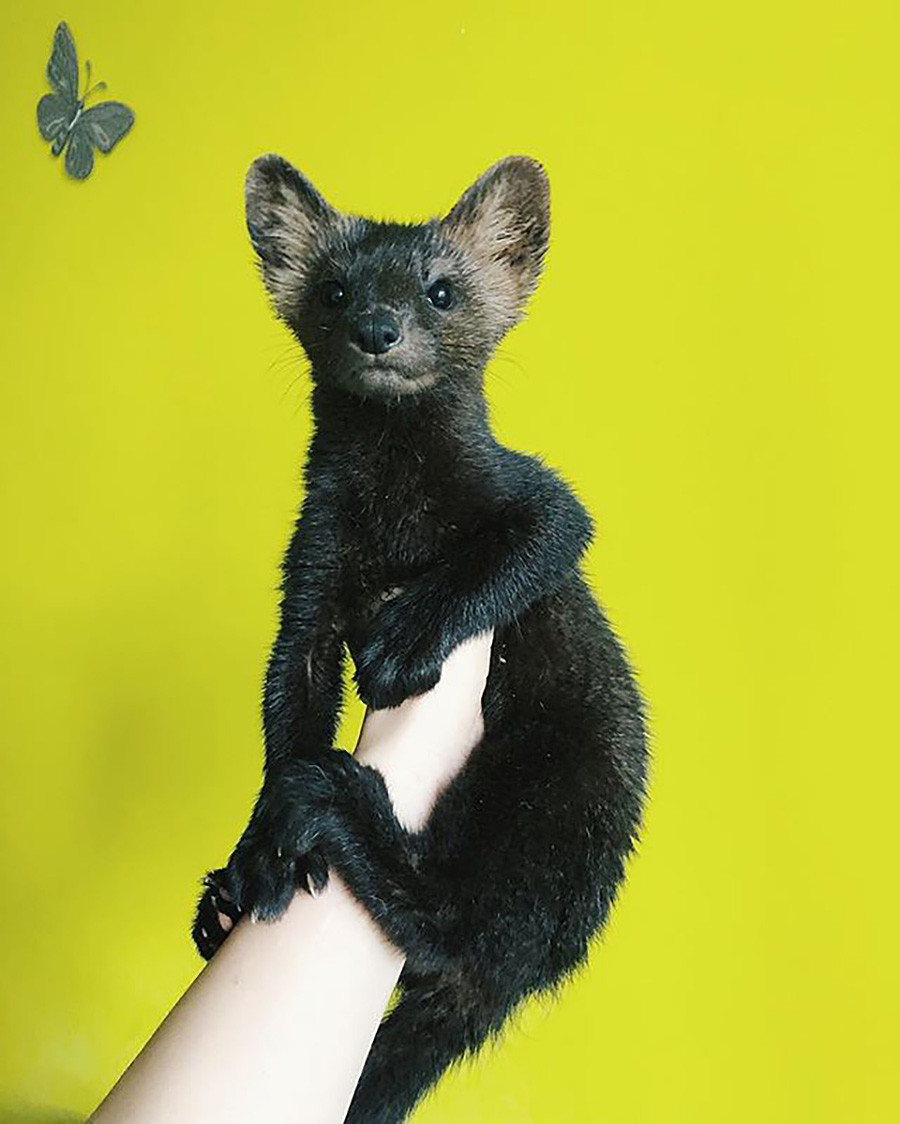 Once, Eugenia tried showing Uma snow in the winter, but failed. The sable somehow took off her harness and buried herself under the snow. Her owner was scared that Uma would get lost and, after luckily finding her, decided that it’s better for the sable to stay inside. 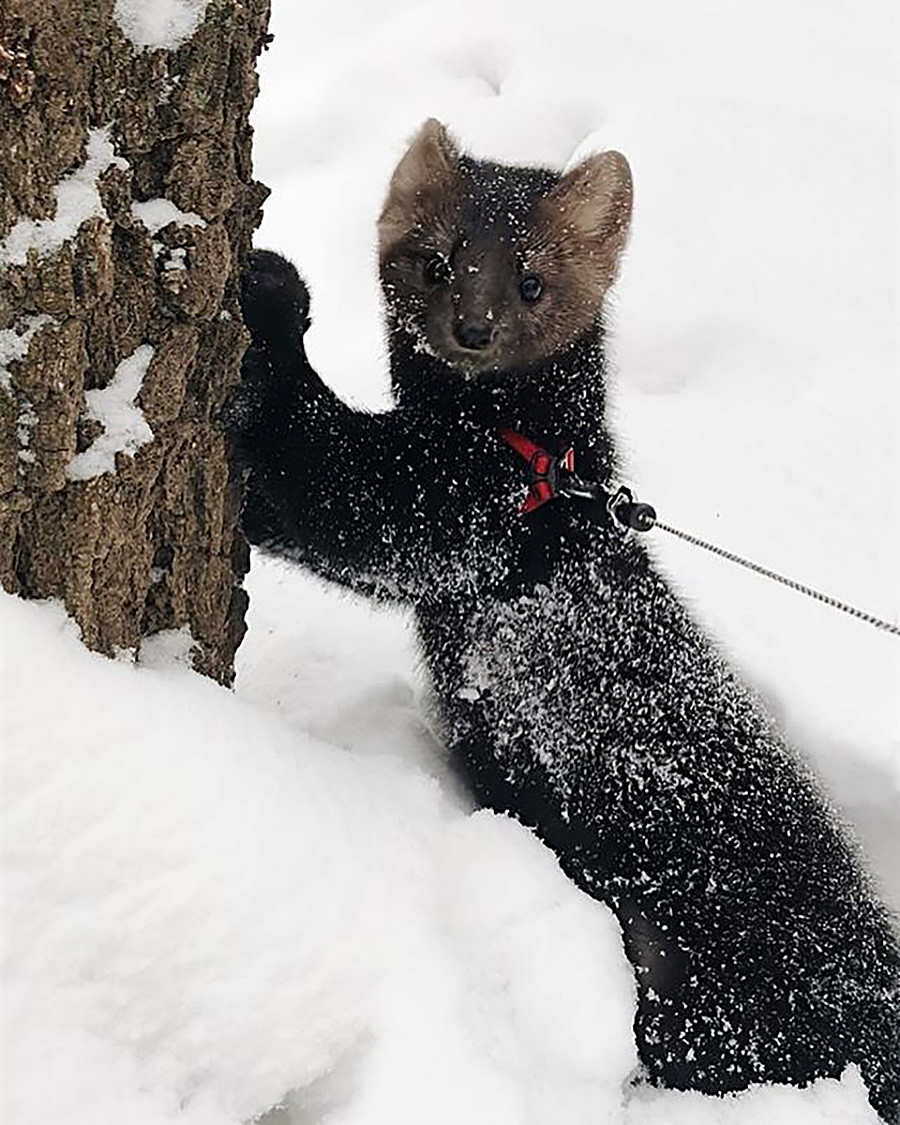 One of Uma’s “hobbies” is stealing: “Uma takes everything she likes. In most cases, things remain whole, she just hides them in her secret place,” Eugenia writes, adding that Uma can bite you, if she sees you going through her “treasures”. 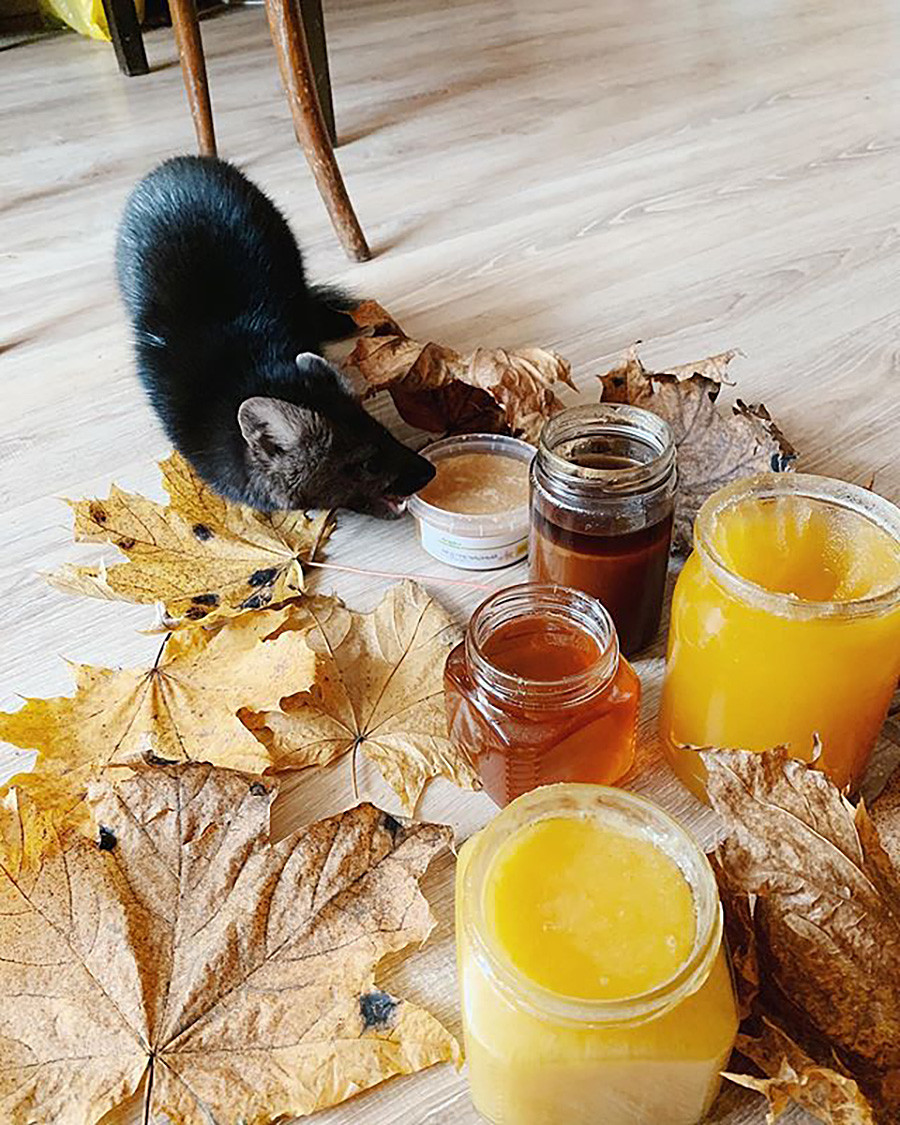 Eugenia says many followers think Uma is like a cat in size, but in fact, she is tiny, and her head can easily fit in the palm of your hand. 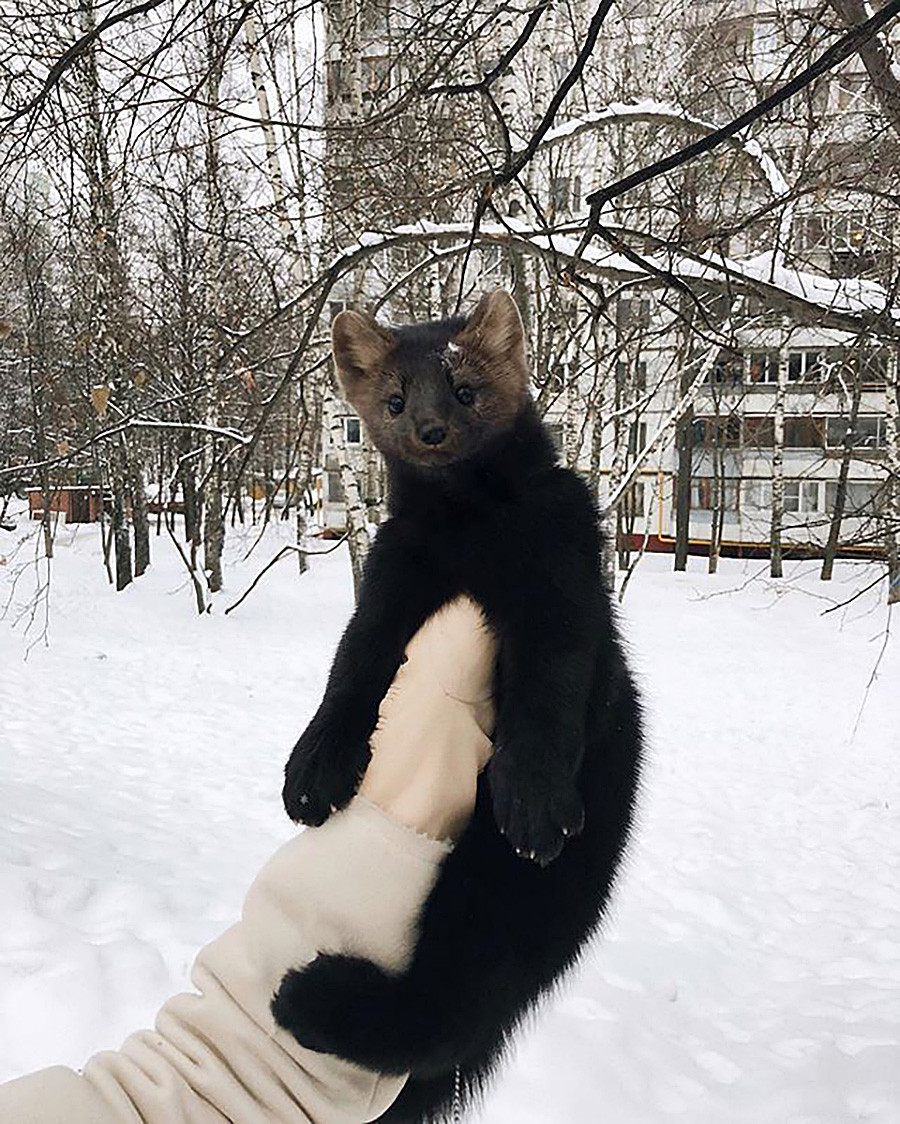 Despite her very cute look, Uma still can bite and scratch – did you notice her sharp claws? 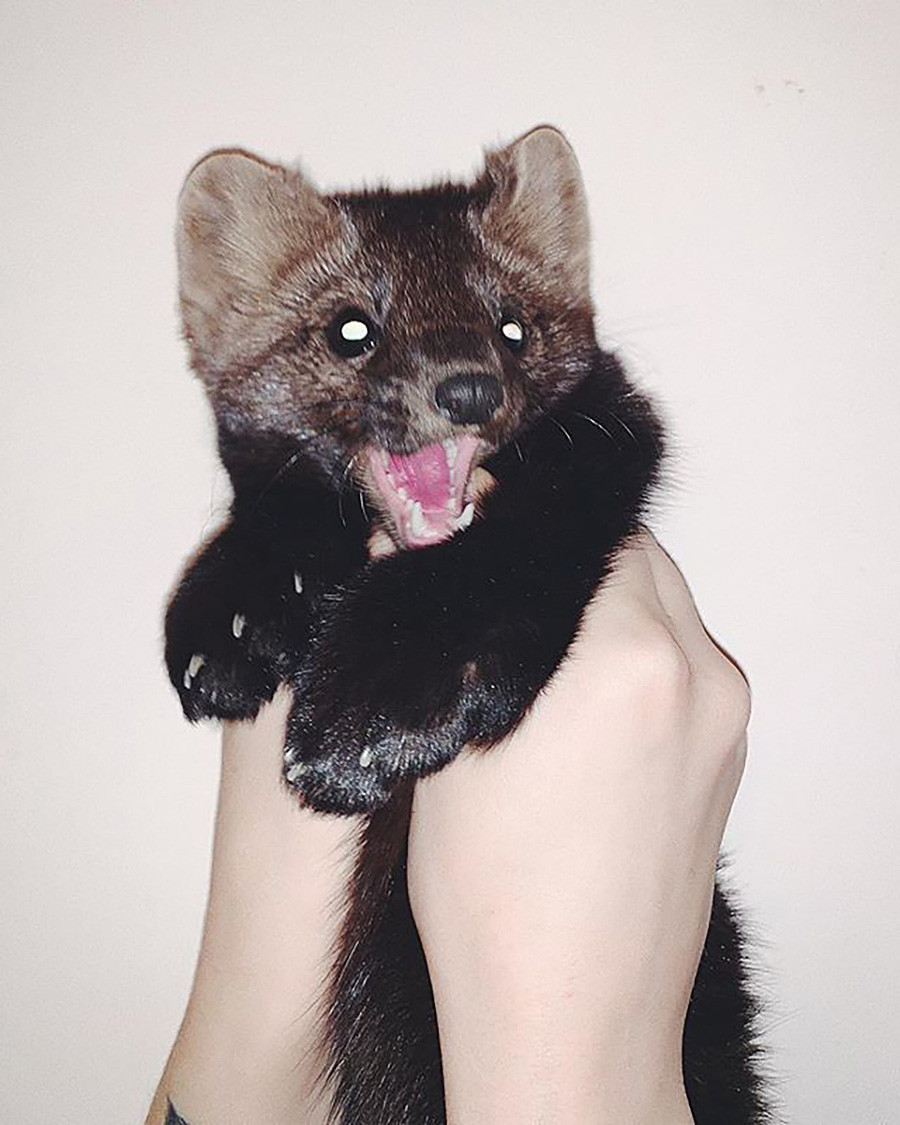 Nevertheless, Eugenia warns people to think twice before taking such a wild animal into your home – in the end, they should live in the wild. 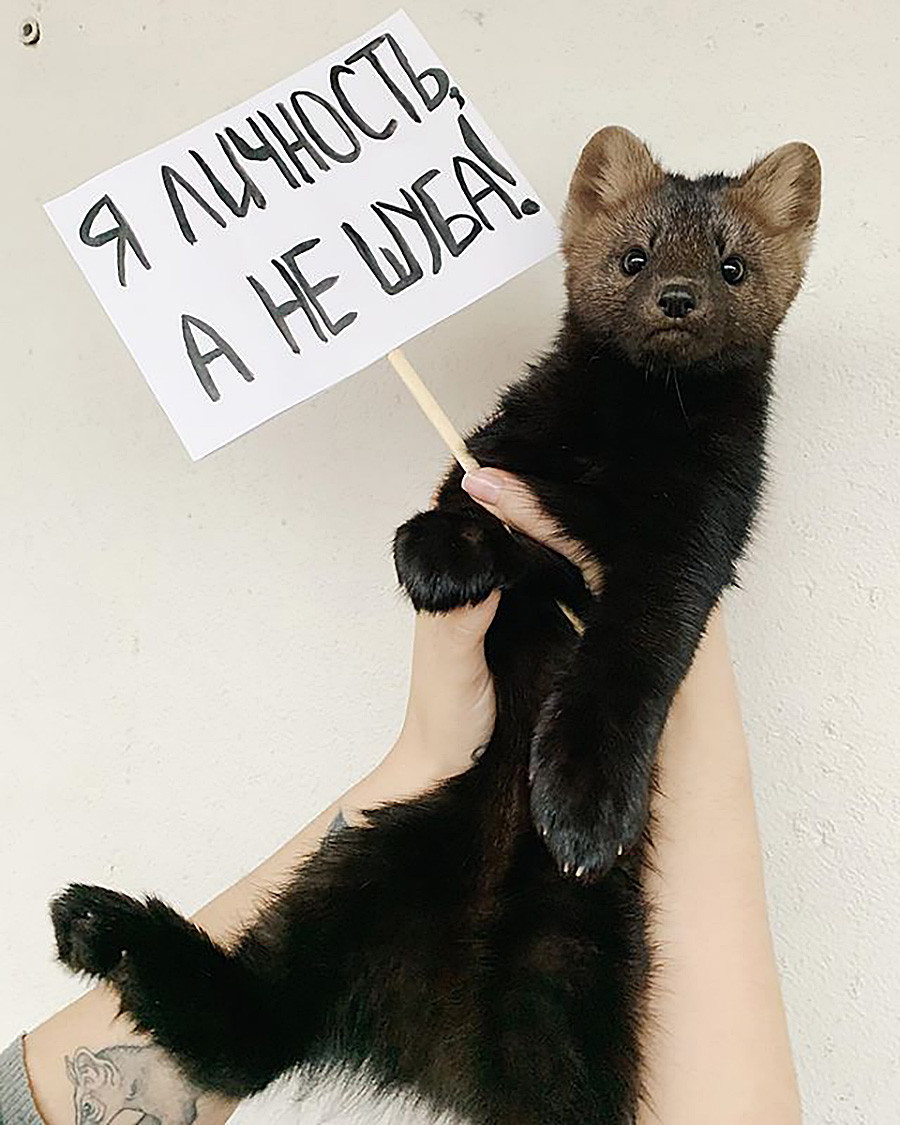 “I just hope that my blog will make at least one person out of a 100 think, ‘does a fur coat cost lives of 50-60 animals?’ Many fur lovers don’t even know what a sable looks like. Thanks to this blog - and Umora - they now know and are refusing fur goods. It motivates me and know that it was all worth it!” 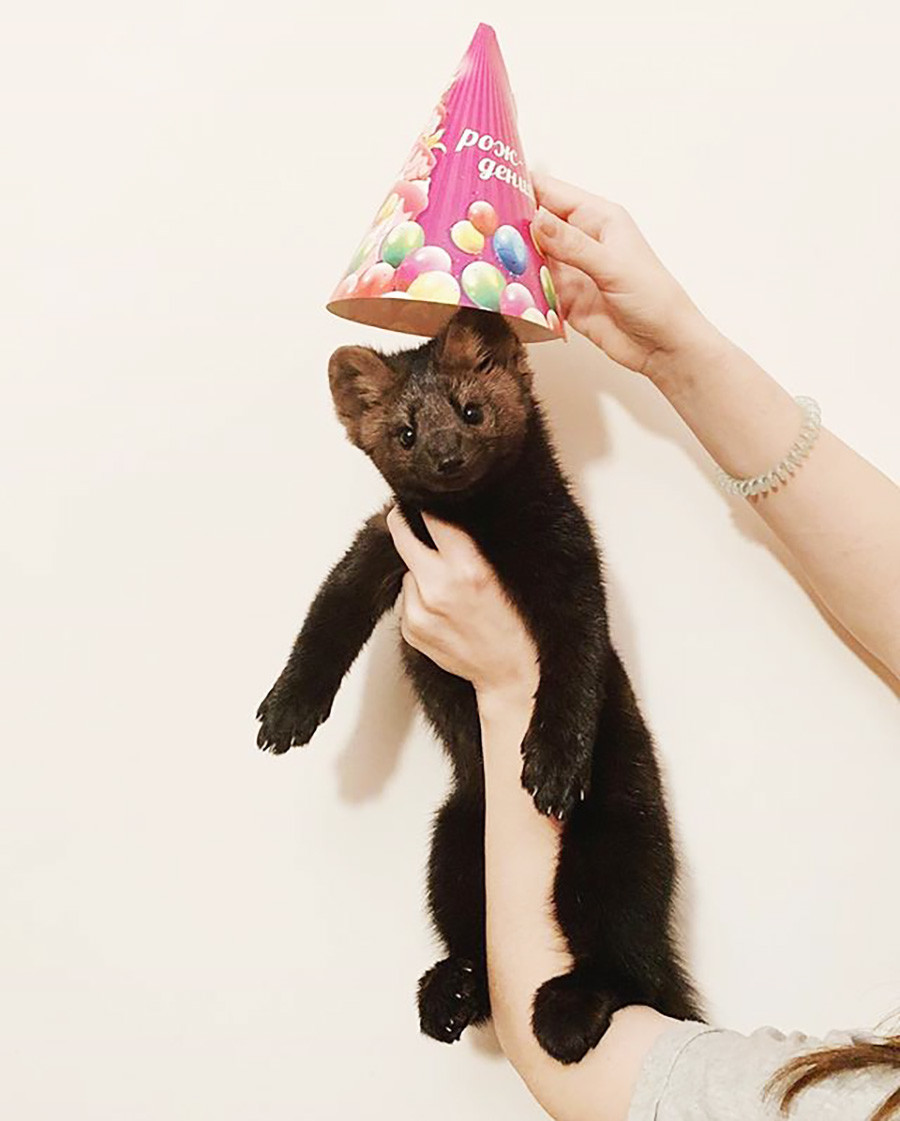