Why do women cover their heads in Orthodox churches? 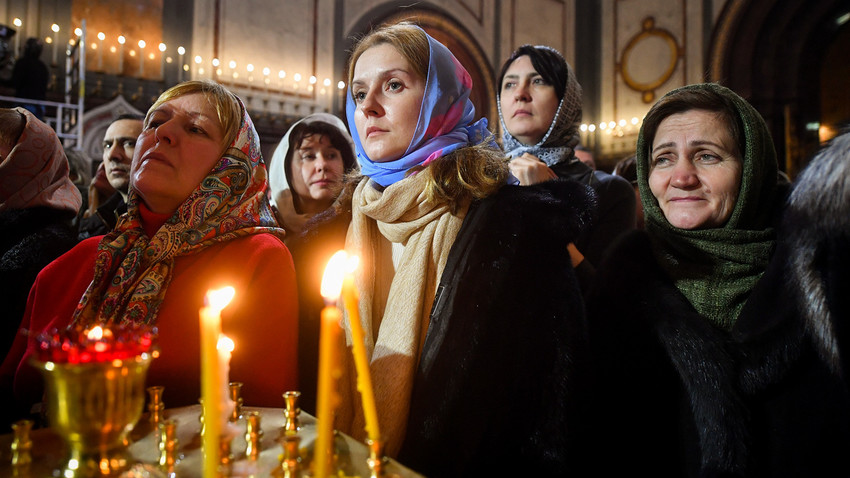 Komsomolskaya Pravda/Global Look Press
This Orthodox tradition traces back to the legacy of Paul the Apostle – and while most of the world’s Christians no longer do it, the Russian Orthodox Church still insists on it.

If you were raised in the Orthodox tradition in Russia and were visiting Orthodox churches once in a while, even back in your childhood, there is one thing that would definitely shock you after stepping into a Catholic or Protestant church (say, when on a trip to Europe): women freely walk into those churches bareheaded.

In the Orthodox tradition, this is a big no-no. Of course, no one would kick a bareheaded woman out of an Orthodox church, should she walk in, but she is very likely to face some disapproving and judging looks, especially from the local babushkas (you’ll always find a few babushkas inside an Orthodox church in Russia). The reason is simple: in an Orthodox church, a woman should wear a headscarf. But why? 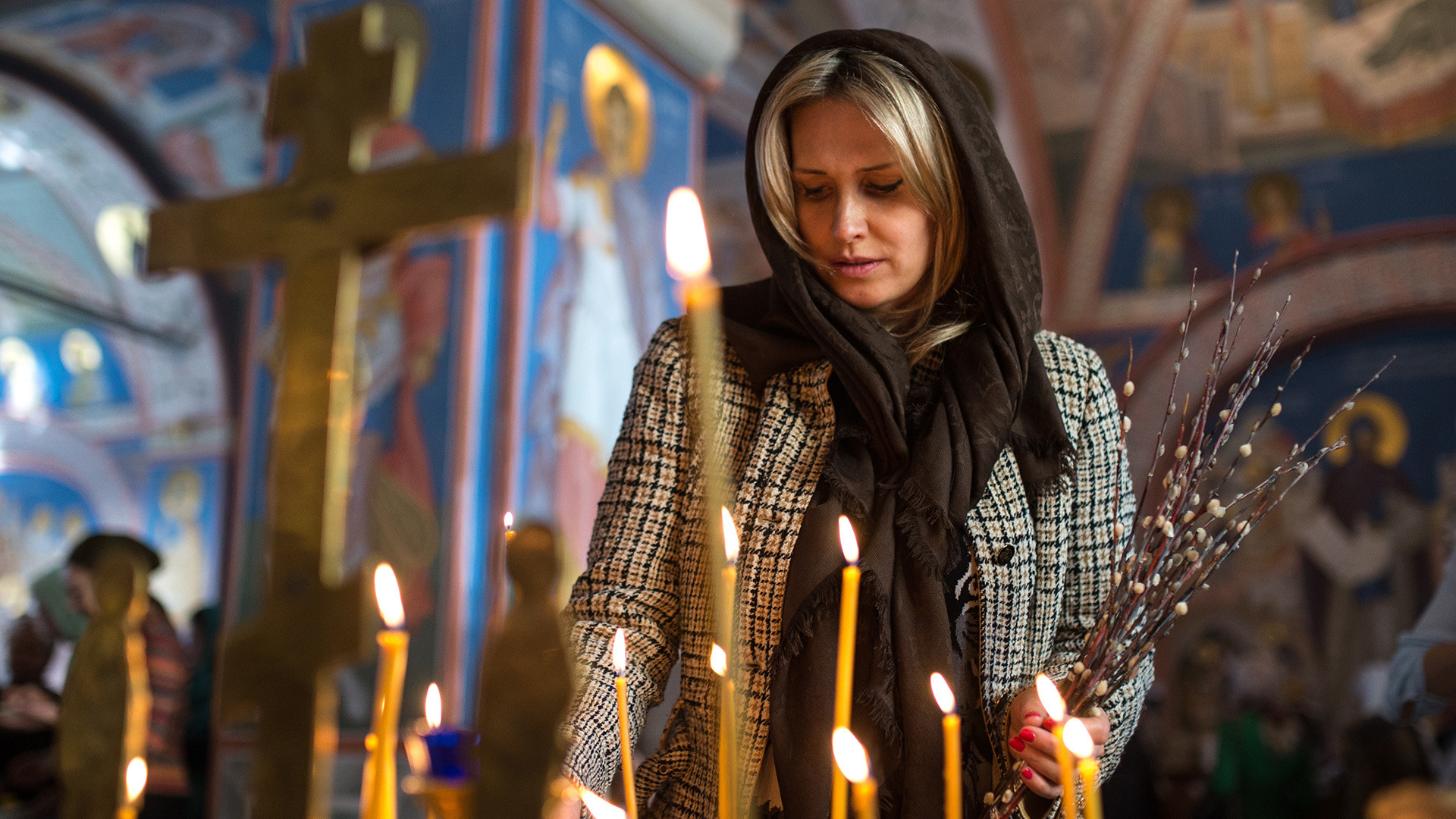 Historically, it was appropriate to make all Christian women put scarves on their heads, as the tradition was born during quite ancient times. In the First Corinthians 11, Paul the Apostle says: “Every woman who prays or prophesies with her head uncovered dishonors her head – it is the same as having her head shaved.” And in the 1st century, shaved heads for women were frowned upon.

Today, the tradition still stands in Orthodox Christianity, even though it was established 20 centuries ago. As Patriarch Kirill, the head of the Russian Orthodox Church, recently answered in an interview, “Why do we need headscarves in churches? Because people should think of prayers while in church. When a beautiful woman comes in (with her hair uncovered) it naturally attracts attention – and distracts from the holy service.” 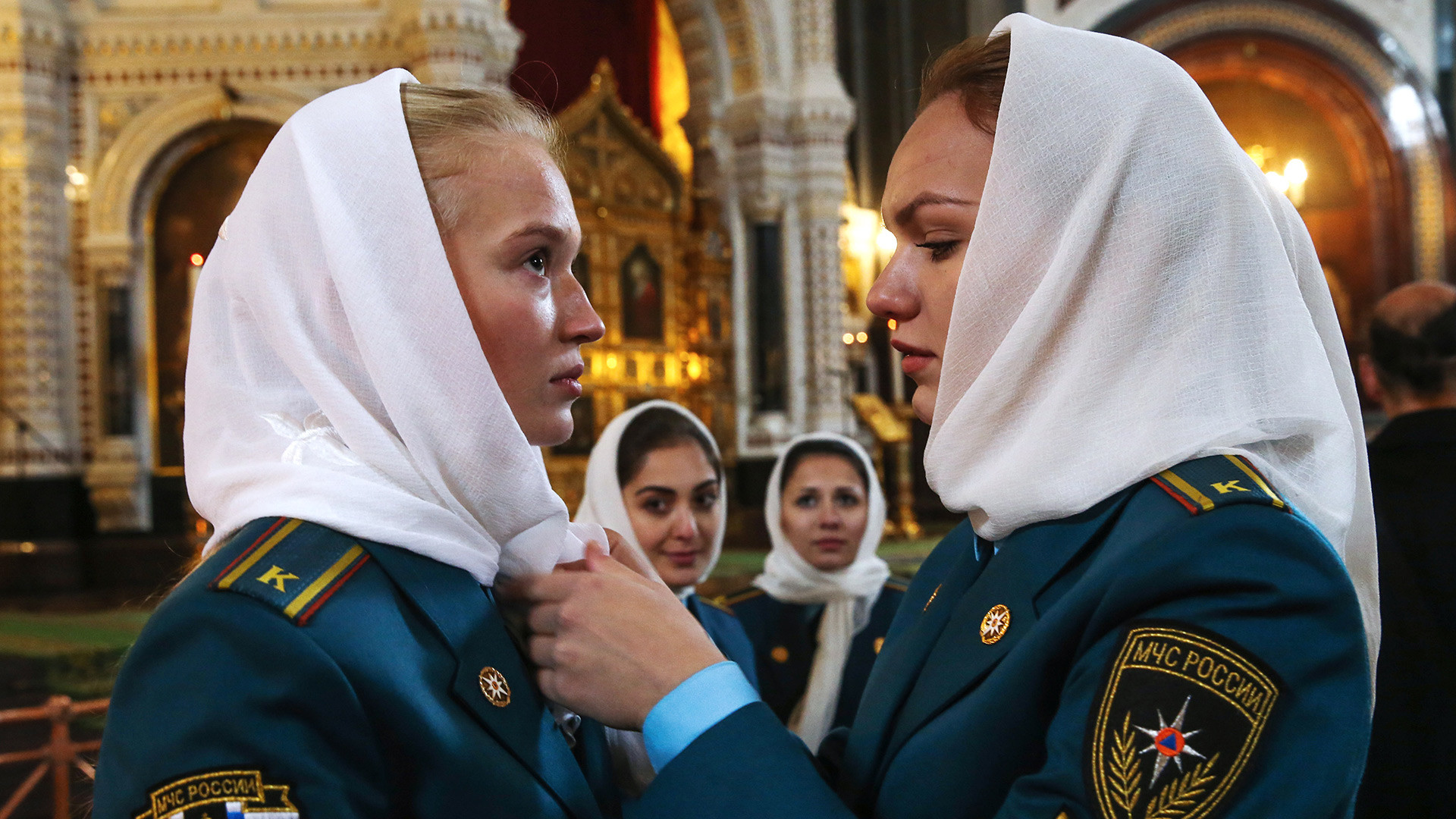 There are multiple Christian faiths in the world that have decided to let women enter churches bareheaded. Even the Rome Catholic Church, conservative as it may seem, began allowing it during the Second Vatican Council of 1962-1965. Today, as Russian Catholic priest Kirill Gorbunov says, “The covering of a woman’s head has completely lost its sense in the modern culture.” Nevertheless, the Eastern European Christians call themselves orthodox for a reason – and do not want to let the traditions of early Christians go.

Nevertheless, there are some other Orthodox churches, located outside of Russia, that have dropped the tradition – but for a different reason. For instance, in several Balkan states Orthodox women do not put headscarves on in churches to avoid any similarity with Muslim women wearing hijabs. But, seeing as Russia has no bitter history of being Islamized, it seems that headscarves are a tradition that won’t be going anywhere anytime soon.