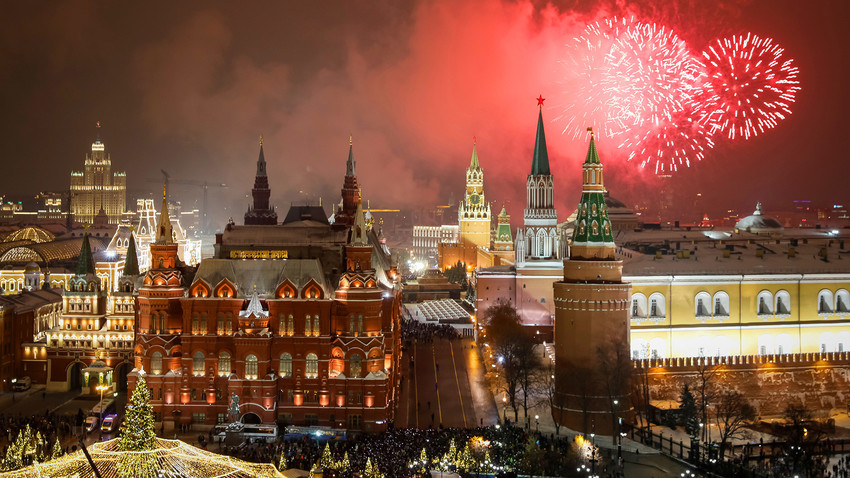 Reuters
Crowds of people, police on the look-out for champagne to confiscate, and an incredible and incomparable atmosphere! Read about these and other experiences of foreign tourists enjoying the country's most celebrated holiday.

Millions of tourists come to Moscow during the New Year holidays. They admire the local food, the cleanliness of the city, and the incredible New Year illuminations, as well as the large numbers of police on the streets, which gives them a feeling of security.

And, of course, foreign tourists want to experience as much excitement as possible in the festive capital and inevitably try to be on Red Square, which becomes the epicenter of events on New Year's Eve, and to hear the Kremlin clock strike 12 O’clock at close range. Here are some first-hand accounts.

Lines to get in 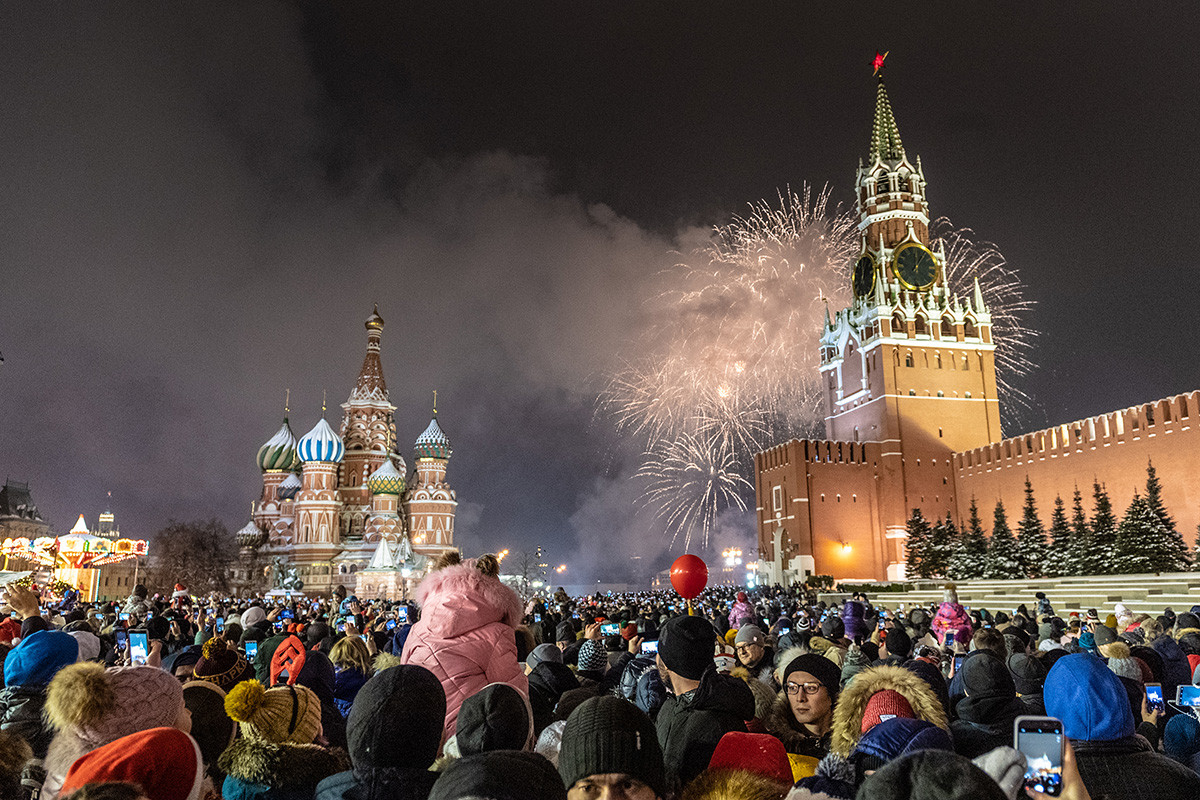 To begin with, far from everyone succeeds in getting onto the Red Square for midnight on December 31. You have to arrive early, otherwise you risk being trapped in the “traffic jam” of people lining up for the metal detectors and security checks.

Lucia from Italy was staying with a friend who lived not far from Pushkinskaya Square. Only at 11 pm did they decide to go and see the fireworks by the Kremlin walls, a 10 or 15 minute walk away. “What came as a surprise was that part of Tverskaya Street, leading from our building to the Red Square, was closed and they wouldn't let us through towards the Red Square.” 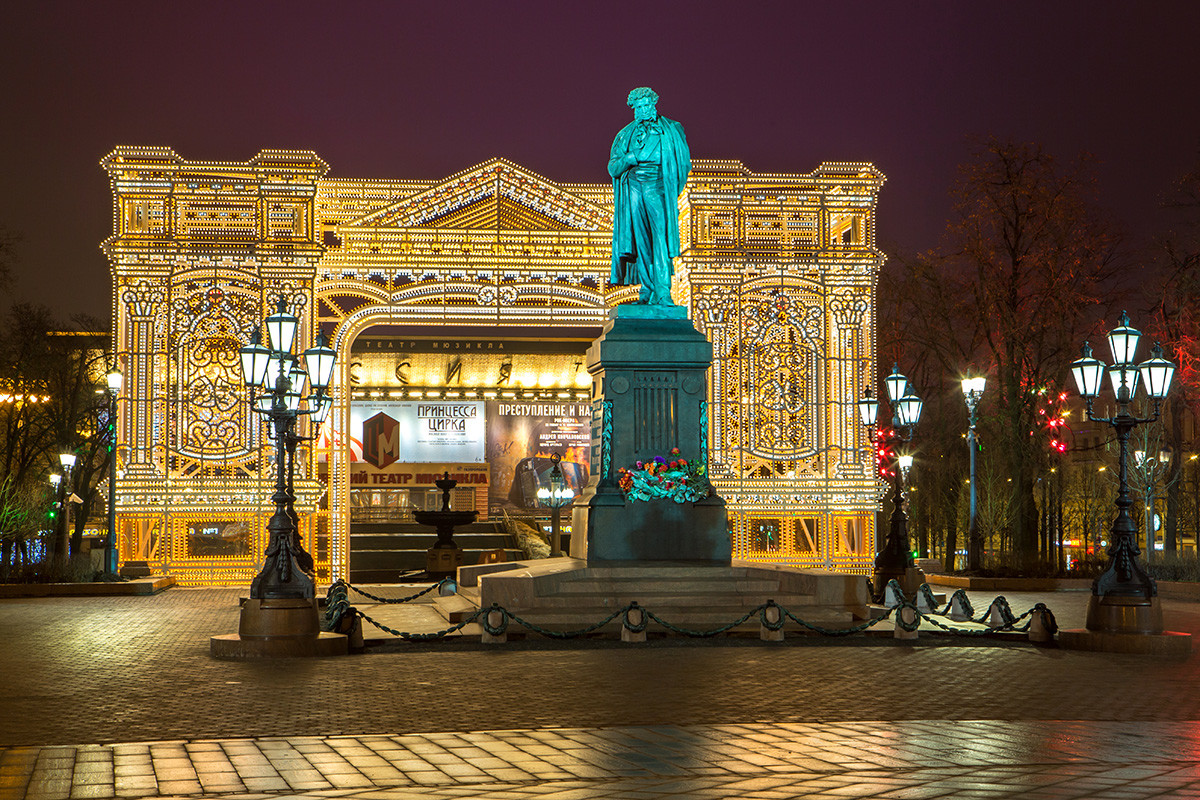 Lucia and her friends did, however, stay outside to see in the New Year on Pushkinskaya Square, which also sparkled with festive illuminations, and she has no regrets. “I still remember that moment with elation! The New Year is a big and joyful holiday in Russia, and it doesn't matter where you celebrate it.”

You should have booked in advance 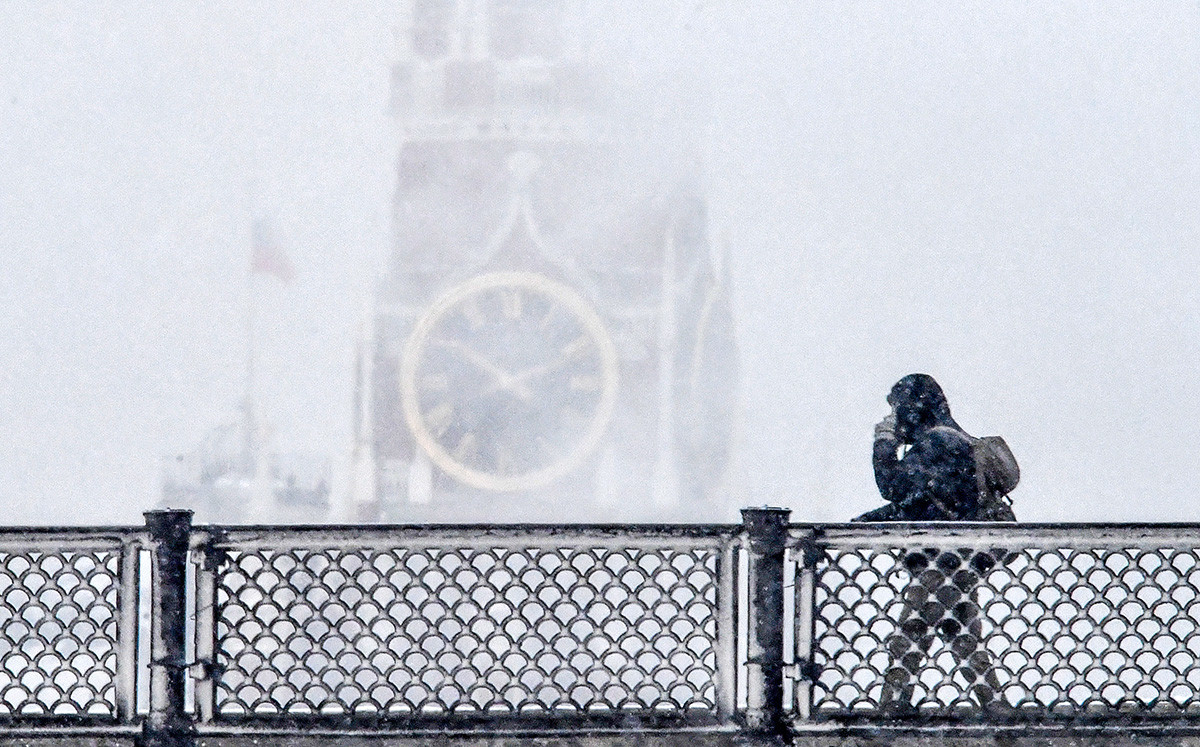 Owing to the large influx of tourists, hotels during the New Year holidays are as crowded as the streets. Thus, a spontaneous decision by Erwann from France nearly ended in “tragedy”. In 2014, he was studying in Nizhny Novgorod (400 km east of Moscow) and literally the day before decided to celebrate the New Year in Moscow, on the Red Square. “I naively believed that I would easily find accommodation and had not pre-booked a room or bed in a hostel.”

Erwann arrived in the capital in the afternoon on December 31, with just a backpack. After walking around the center for a short while, he started looking for a place for the night, but couldn't find a single hotel with vacancies. The situation was complicated by the fact that he didn't know the city well. So he wandered in the snow for three hours until, almost despairing and near the point of getting frostbite, he finally found a room in a hotel.

“In the end, I was so tired because of all the worry and because of having had to wander around the snow-covered streets, that I immediately fell asleep and completely missed the festivities. At least I was given two mandarins at reception,” Erwann recalls with a smile.

The most foolhardy New Year 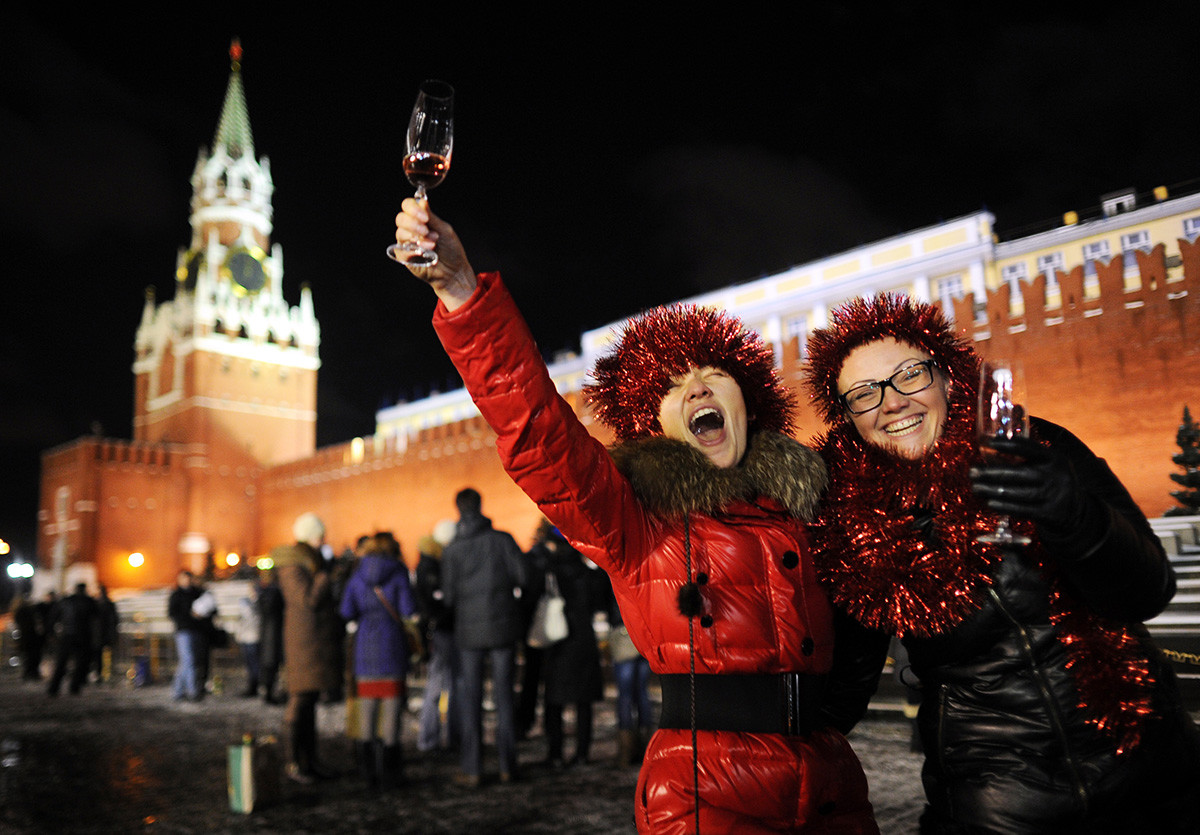 Coen from the Netherlands did manage to get to the Red Square, although he looks back at it now as exceptionally foolhardy: “I would never have gone into a dense crowd at night had it not been for my Russian friends.”

A huge crowd of people were lining up to get through the metal detectors and security checks at the entrance to the square, with a similar number of police present. But despite all this, Coen and his friends did manage to “smuggle” in a couple of bottles of champagne. [Alcohol is not allowed in public spaces in Russia - Russia Beyond]

“We ‘popped’ them to the chime of the bells and we were not alone: After midnight, the paving stones of the square were strewn with shattered glass, and after the last strike of the chimes, people began to socialize. The atmosphere was great - crackers exploded with confetti and paper streamers flying all over the place, and everyone was dancing (music filled the air from a purpose-built stage with performers). People hugged one another and jumped for joy. I remember a very drunk but good-natured guy: He fell down and broke a tooth on the cobblestones, but immediately jumped up and continued to hug everyone around him despite the blood coming from his mouth," Coen told Russia Beyond. 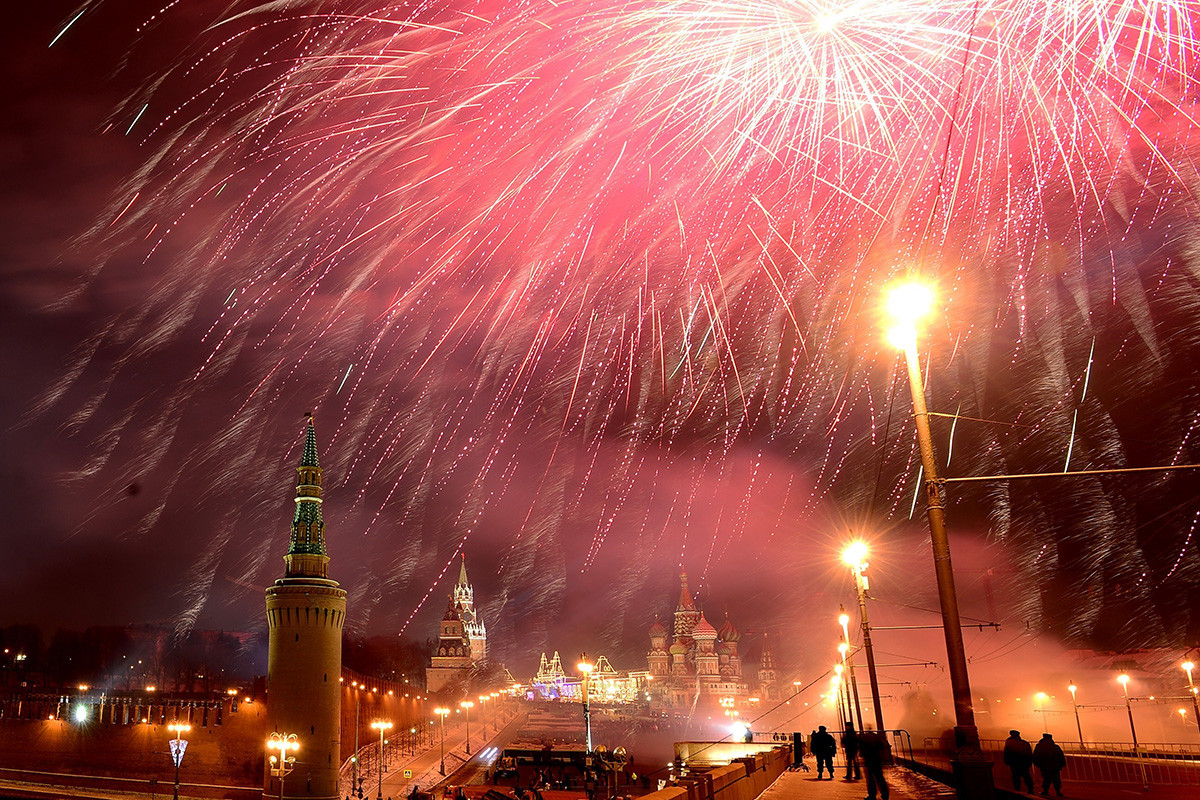 To enjoy the New Year atmosphere, you don't necessarily have to go straight to the Red Square. You can see the square from quite close-up from the Bolshoy Moskvoretsky Bridge while on a leisurely walk around the center, for example. And that is what Nicholas and his family from Britain did. They came with a small child, so didn't want to elbow their way through the crowds.

They travelled on the metro to Tretyakovskaya/Novokuznetskaya station and from there walked along old Pyatnitskaya Street, which was also decked out with decorations and full of bars and restaurants. They ushered in January 1 right on the Bolshoy Moskvoretsky Bridge, from where there was an excellent view of the Red Square and the amazing festive fireworks.

“The atmosphere was just incredible! It was much more fun to celebrate the New Year here than in Britain, because in Russia it is considered holiday No. 1! The whole country doesn't go to bed until late, people are out having fun and waiting for the clock to strike midnight!”