What’s a “normal” day in Russia? 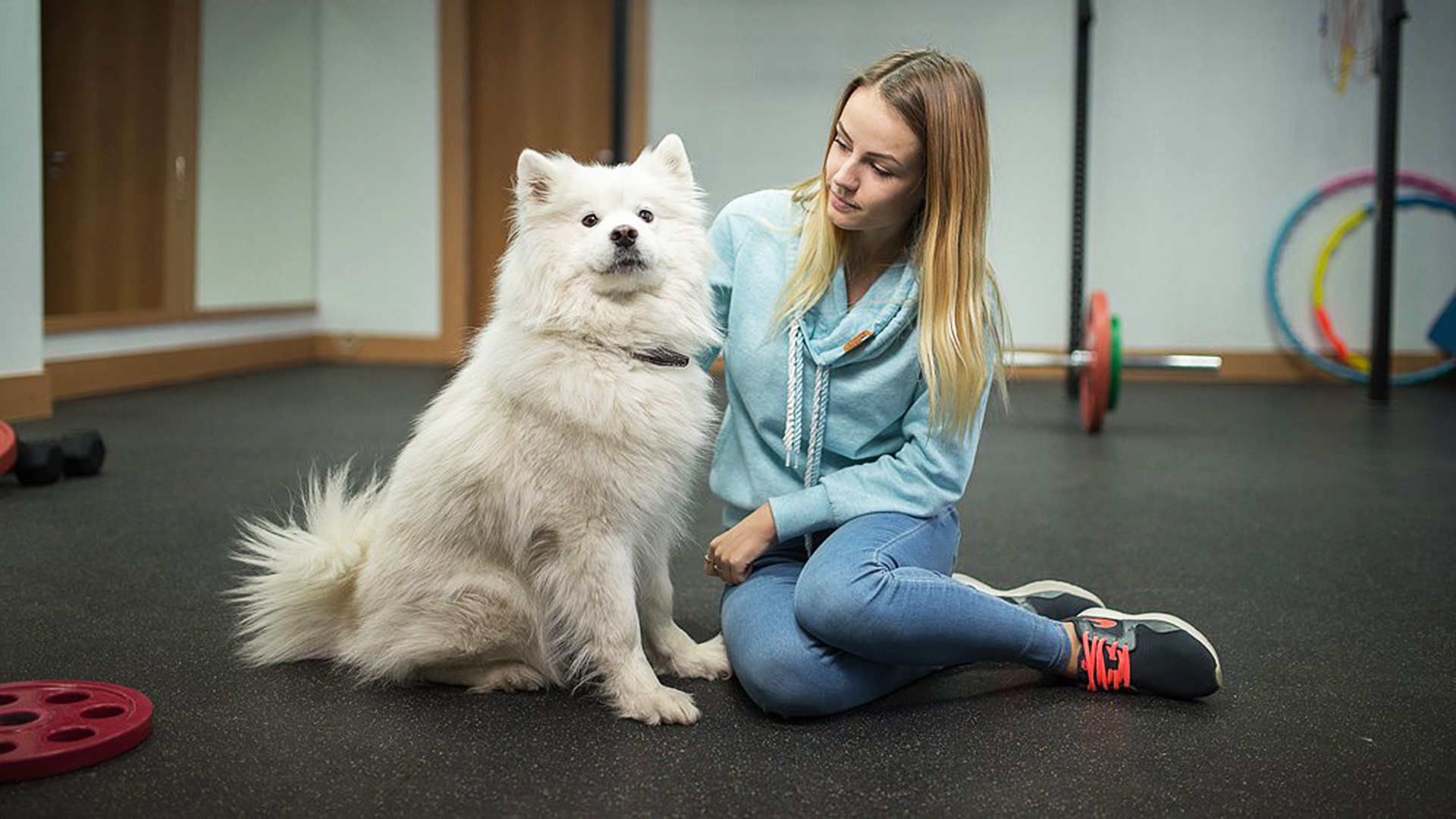 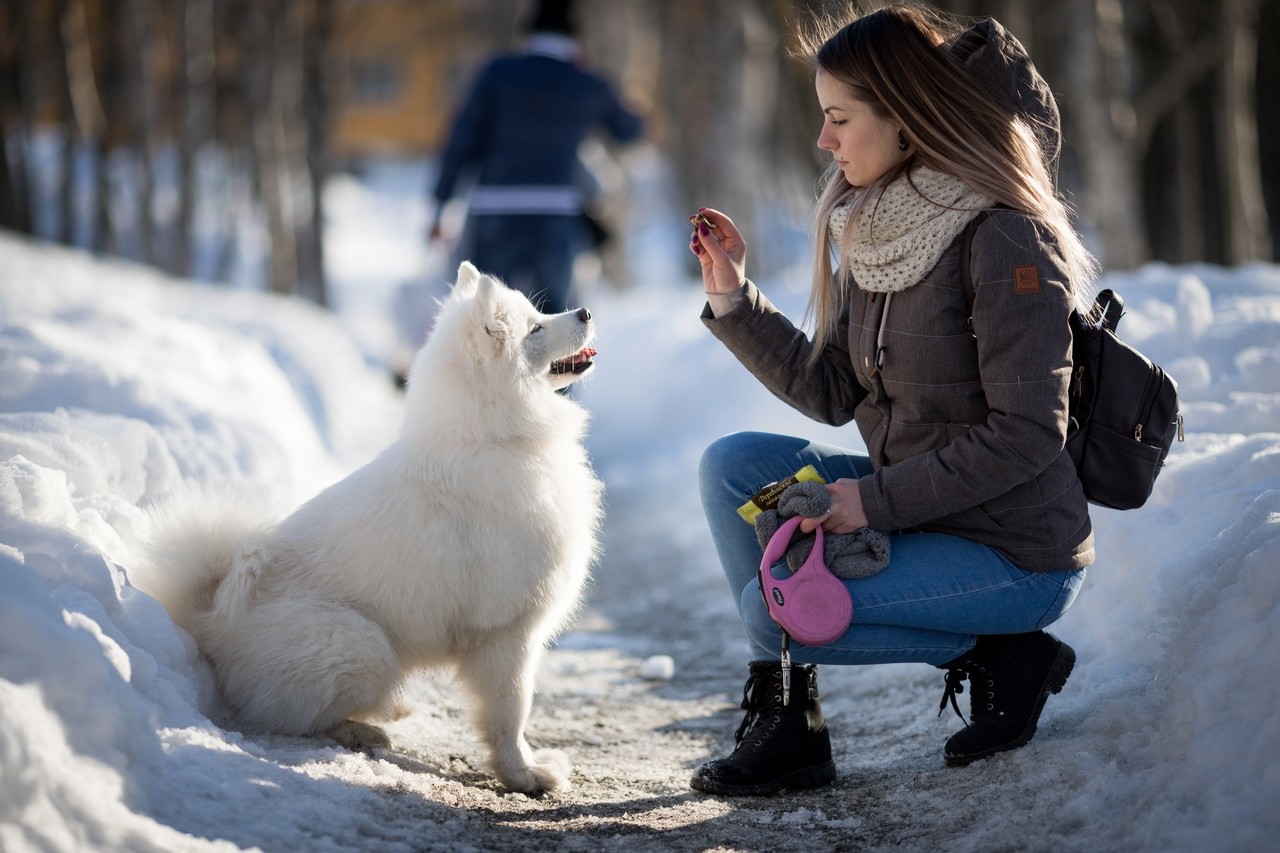 Despite being late fall, outside it’s more than 20°C. The palm trees cast a shadow on the foamy swimming pool. Guys no older than 30, women well beyond 50, and children dance energetically, while I watch in my burgundy swimsuit with a smile on my face.

Sure, this isn’t Russia, but a photo from holiday last year in Turkey. In Apatity, it snows from October till late May. Summer is also quite cool — no more than 20°C, so you have to travel to warmer places.

It’s 9am, but still dark outside. I stop looking at old photos on my smartphone, put it in my bag, finish my morning sandwich, pull on my fur boots and jacket, and go to work.

The road sweepers yesterday tried to clear the snowdrifts, but the next snowfall nullified their efforts. Sometimes the roads are cleared with special equipment. Icicles hanging from the roofs of old five-storey buildings pose a mortal threat, so it’s better not to walk under them.

There are few clients at work because of Black Friday, but the shift ends relatively early anyway. Around midday, I eat meat chops with salad, and observe how the few clients are trying to lose weight for New Year. After work, it’s dark again outside. Then I realize the polar nights have begun. You desperately want to sleep, and feel as if the whole day is passing by.

Social life for young people in Apatity revolves around the medical school, hookah smoking, and the fitness club where I work. Like it or not, but sport and hookah are becoming the main hobbies outside of work. Besides, they help fend off the blues, when the only source of light and heat are lamps and home heaters. Since I’ve already completed the sporting part of my day, I decide to go to a hookah bar.

I return late in the evening. Then I remember I needed to walk Buba. Unlike me, she loves snow and jumping in snowdrifts. I leave footprints in the snow and think that life in Apatity isn't that bad. But still I’d like to go to Turkey. 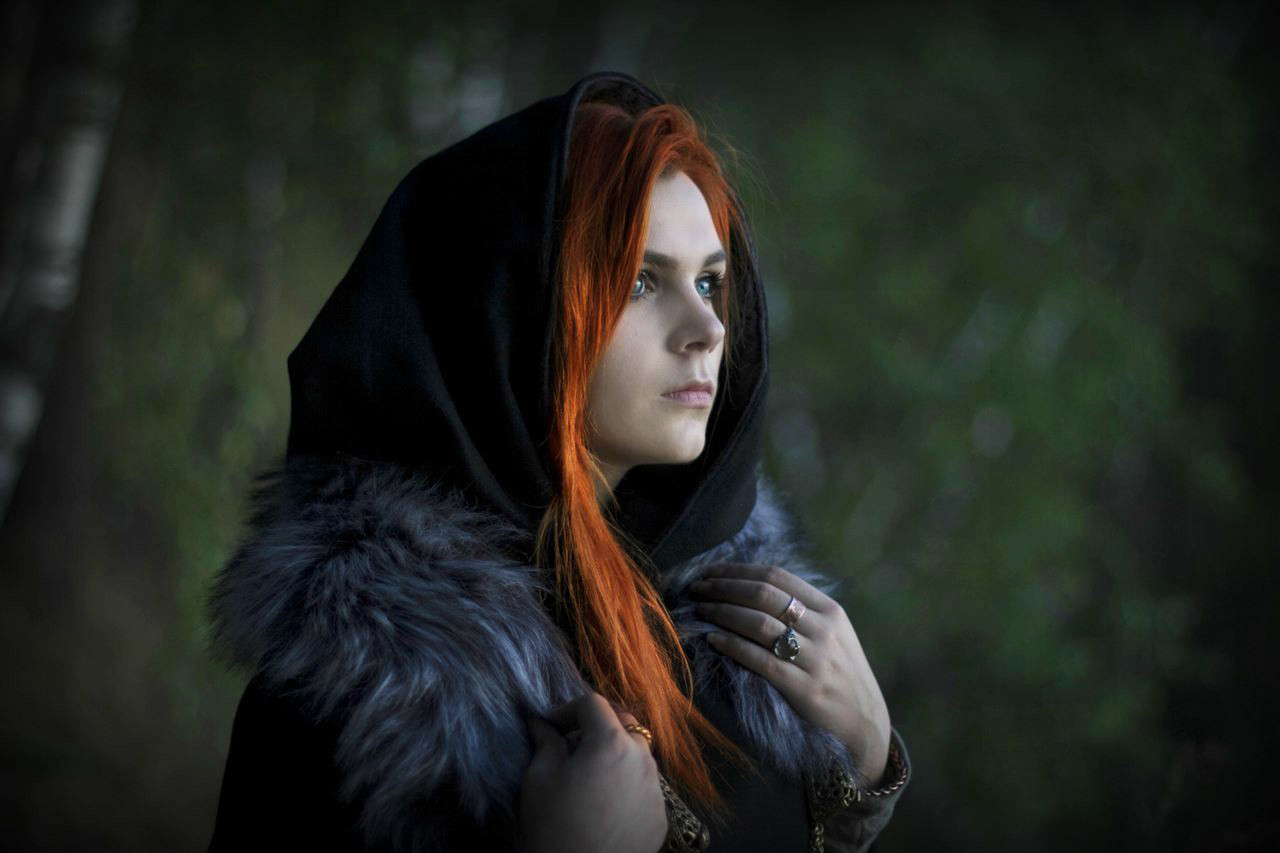 It’s like this: take 6 kg of apples, cut them into even circles, and dip in dough. Then chop wood, make a fire, and put a huge pot over it with the apples inside. You’ll get 10 kg of frittelle — an Italian delicacy from the 15-16th centuries. You’ll likely throw half if it away, since eating food off a fire is almost impossible.

The night before, you prick your fingers all over, trying to sew sleeves for your dress from pieces of Italian silk under the dingy light of a cheap lamp. The dress itself will cost you at least 20,000 rubles ($313), and the next day it will probably get wet from the slush underfoot, and then from the sweat you work up when cooking those fritters.

In the morning, you’ll be standing at a fair, trying to sell supposedly medieval purses to a crowd of gapers, and in the afternoon you’ll be wondering how many scrapes and bruises your boyfriend will pick up in the historical reconstruction battle. And no phones, jackets, or umbrellas in case of rain — it’s all strictly prohibited. Even wet wipes are off limits. Cigarettes are also banned, but I always ignore that particular rule.

In the evening, you feel a bit more relaxed, because you’re invited to the feast that you yourself have prepared. And your day will at last be brightened up by an evening of dancing and mead. Someone is sure to bring along a bottle or two of beer or wine.

At night, wet, dirty, sweaty, and tired, you return home. You barely have enough strength to take a shower. But if like me you’ve been a fan of historical reconstruction since childhood, you live for such festivals.

Apart from that, my life is boring. I just apply filters to children’s photos and retouch them. Recently I quarreled with my boyfriend, spent the night at a friend’s place, and tried to write an essay (actually I spent most of the day lounging around). Just like everyone else. 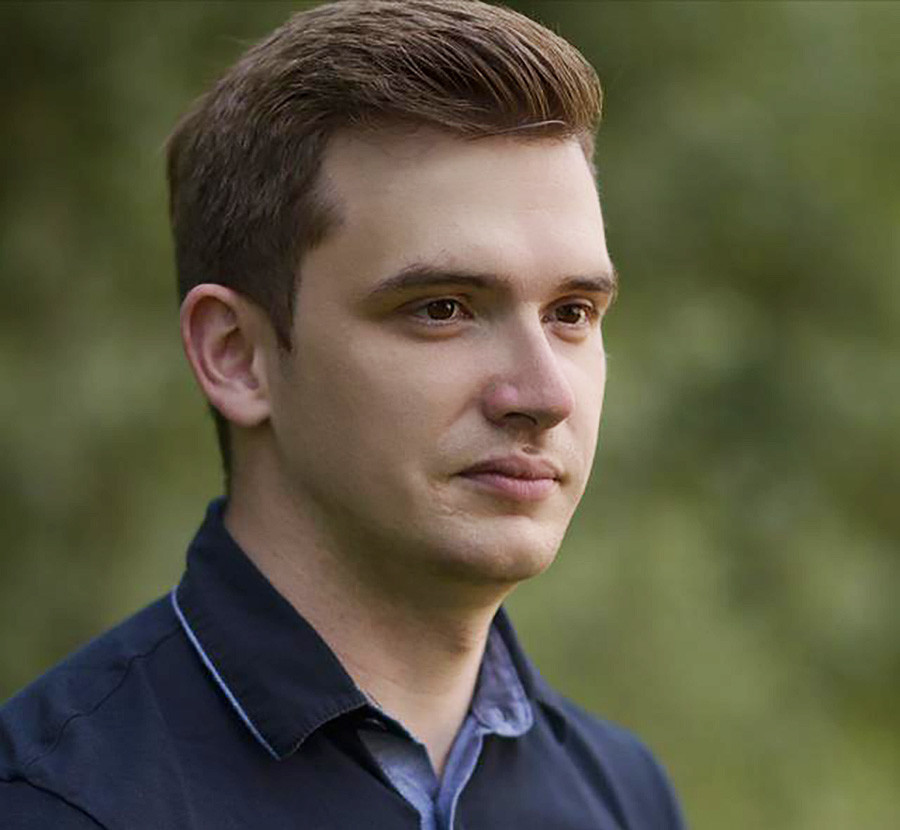 Probably my only standout feature is hatred for my job. I dislike it so much that I spend all my time at work looking for another one. Even going there is torture. Whenever I’m late or oversleep, it’s like a gulp of fresh air. I’m sure that others who don’t like their job will understand what I’m talking about.

Today I was woken by a call from my boss asking when I’d be arriving. When I realized I’d be an hour-and-a-half late, I was even glad at first. Taking a deep breath, I leaped out of bed and got ready in ten minutes. As soon as I opened the door of the old brick apartment block where I live, I was hit by the coldest wind this winter (it’s -5°C outside, by the way). I wanted to slam it shut, go back inside, and watch recordings of e-sports games with a bottle of apple cider. Somehow I resisted the temptation and headed out into the snowy streets to the bus stop.

I work at a high-security facility, so the pass entry system only works till 11am. I was happy to waste another 15 minutes of my working day on getting a temporary pass. And then it’s practically lunch time, plus chats with colleagues, breaks, and soon home...

My daydreaming is shattered on seeing my boss. She’s sympathetic and understands my tendency to oversleep. After completing a couple of simple tasks, I start doing some test assignments for a job elsewhere.

I decide to leave an hour early. I plan to go to the gym, but laziness gets the better of me. So instead I discard the idea, have dinner, and spend the rest of the evening watching Martin Scorsese’s The Irishman, washing salted peanuts down with cider. Sure, it’s a great-looking film, but who makes 3.5-hour movies these days? Ninety minutes could easily have been cut. At about 1am I stumble into bed, “hoping” I’ll wake up on time in the morning. 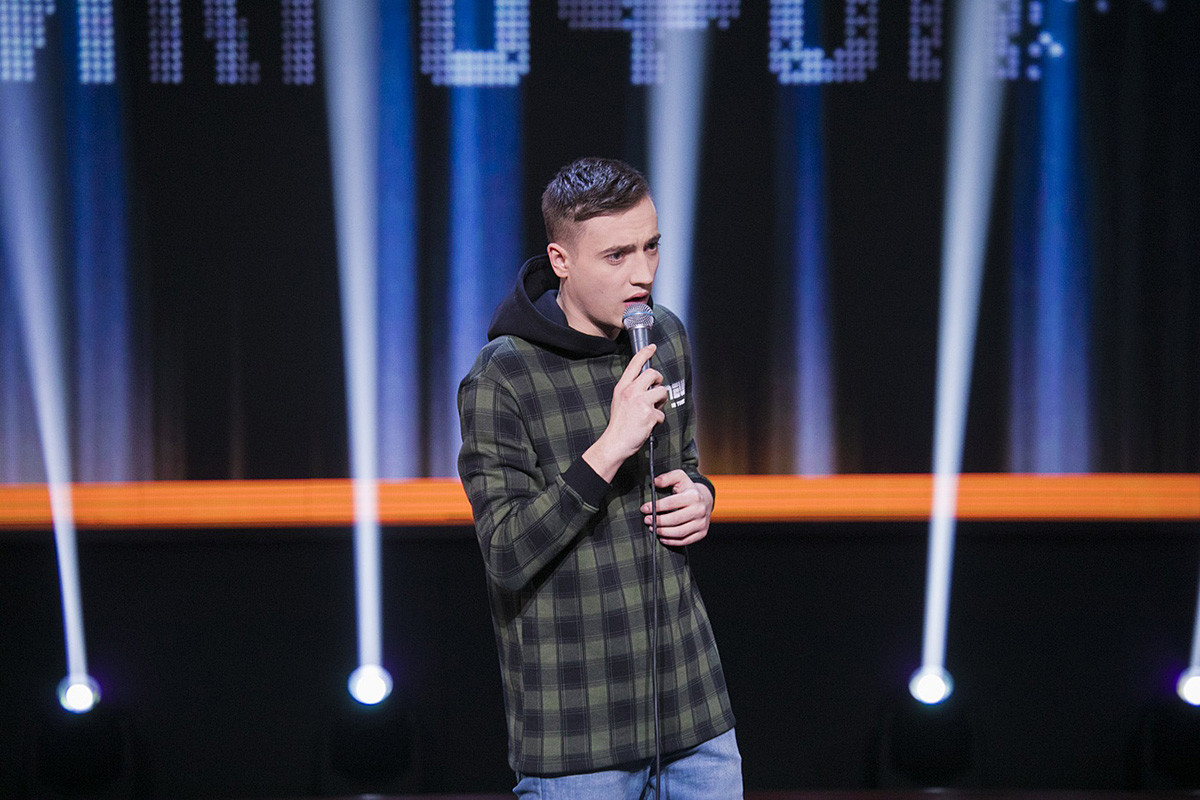 My standup routine involves making fun of myself. Sometimes I stutter, and if I joke about how I worked as a signaller in the army and how my girlfriend also stutters, it tends to be funny. I wrote some jokes about it, rehearsed them, and even made it into the second round of a stand-up show in Russia. I got shown on TV, maybe millions of people saw it. So I thought I’d definitely cope with a small stand-up gig in Odintsovo (26 km from Moscow) — until I went on stage...

There are no more than 15 guests sitting there, smoking hookah. I fire off the first joke — someone blows smoke in my direction. No matter, I go on the attack.

“When you’re a stuttering signaller, you never know if it’s you or the walkie-talkie that’s the problem,” I say. My best line is ruined by a hookah attendant scurrying around in front of the tables, turning over the charcoal burners.

“I have to beat these hookah heads,” I think to myself, but then one of them calls the waiter to order food.

I get around 1,500 rubles ($23.40) for my performance. I spend the money on a cab ride to a friend’s place, where I talk about my screwup until four in the morning while eating spaghetti with bacon and tomatoes. By morning, I’ll have decided I just need a few more gigs under my belt, then I’ll be a bit more popular and able to charge more. Then I’ll literally pass out, wake up around noon on the folding bed, and immediately reach for a cigarette. That bad habit won’t go away. I promise someday I’ll give up. Before I become successful, I hope.