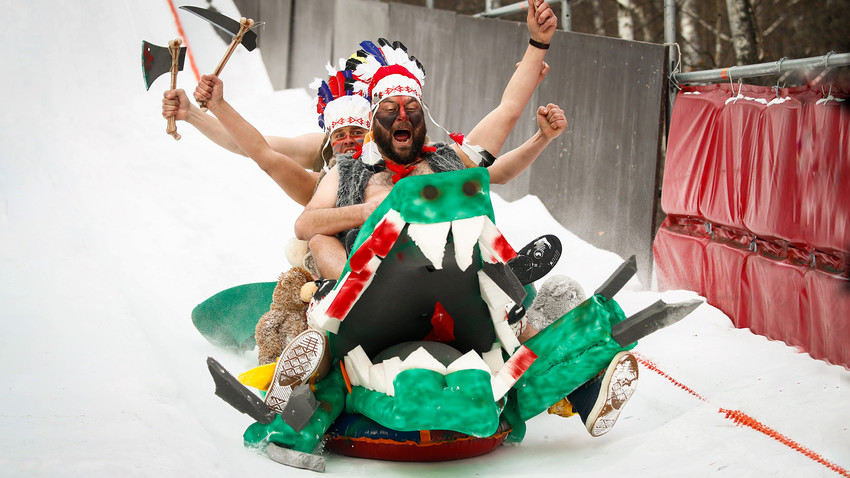 Artyom Geodakyan/TASS
Russians, alcohol and winter holidays - what could possibly go wrong? Everything!

For doctors and ambulance squads who are on duty on the morning of January 1st, it’s one of the hardest shifts of the year, and always one to be remembered because of the grim stories. 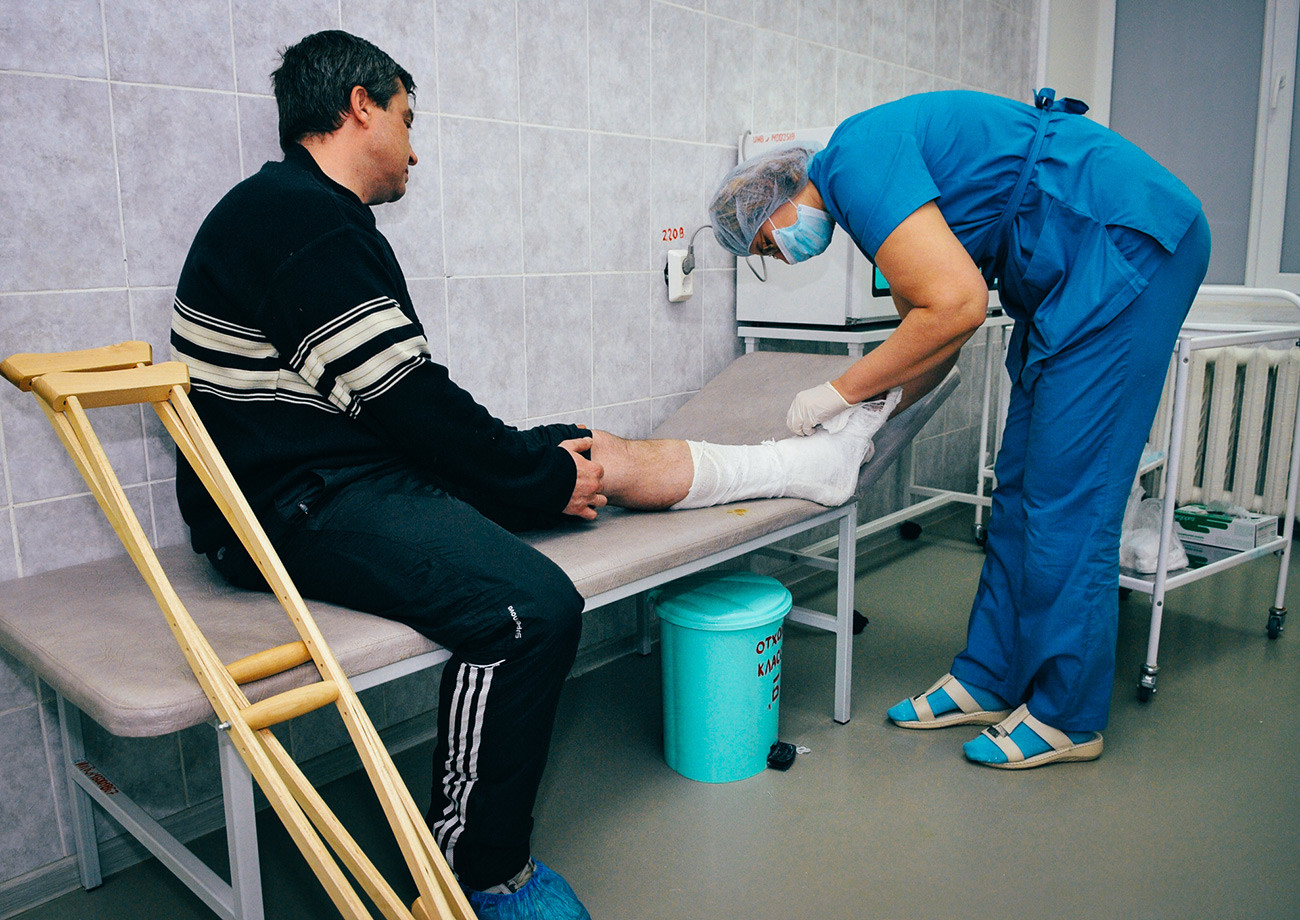 The most common injuries during New Year in Russia are from falling. Falling from winter hills during sled rides, falling on icy sidewalks, and just falling because of intoxication,  Alexander Ochkurenko, vice-president of the Russian Association of Orthopedic Traumatologists, says.

But some falling injuries can be very unusual. One young Russian says a boy on his apartment block broke his leg while hiding in the loo. He was standing on the toilet bowl and smoking into the ventilation shaft so his parents wouldn’t notice. But in the apartment below, the New Year party was in full swing, and some drunk people shot fireworks up the ventilation shaft. The little rockets went several floors (!) up the tube and scared the smoking boy so suddenly he stumbled and broke his leg. Together with the toilet bowl. 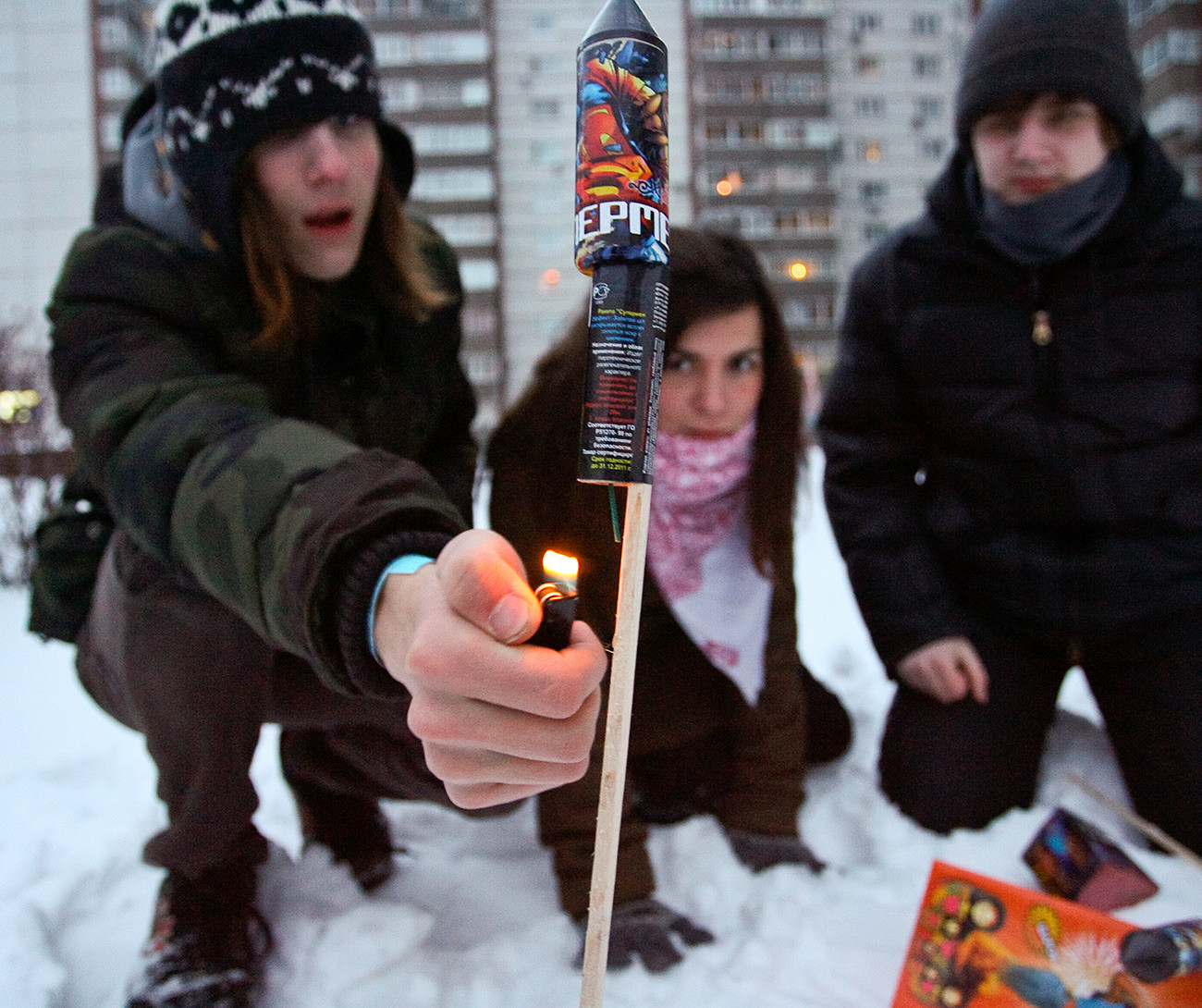 Fireworks are cited as the second likeliest cause of injury during New Year holidays. In Russia, firecrackers, fireworks, and other pyrotechnics can be purchased by persons aged 16 and older. Young people, unfortunately, very often become victims of counterfeit fireworks.

Cheap firecrackers blow up unexpectedly, injuring the hands and face, leaving heavy burns and chemical poisoning, causing fires and often wounding people who happen to be close by. 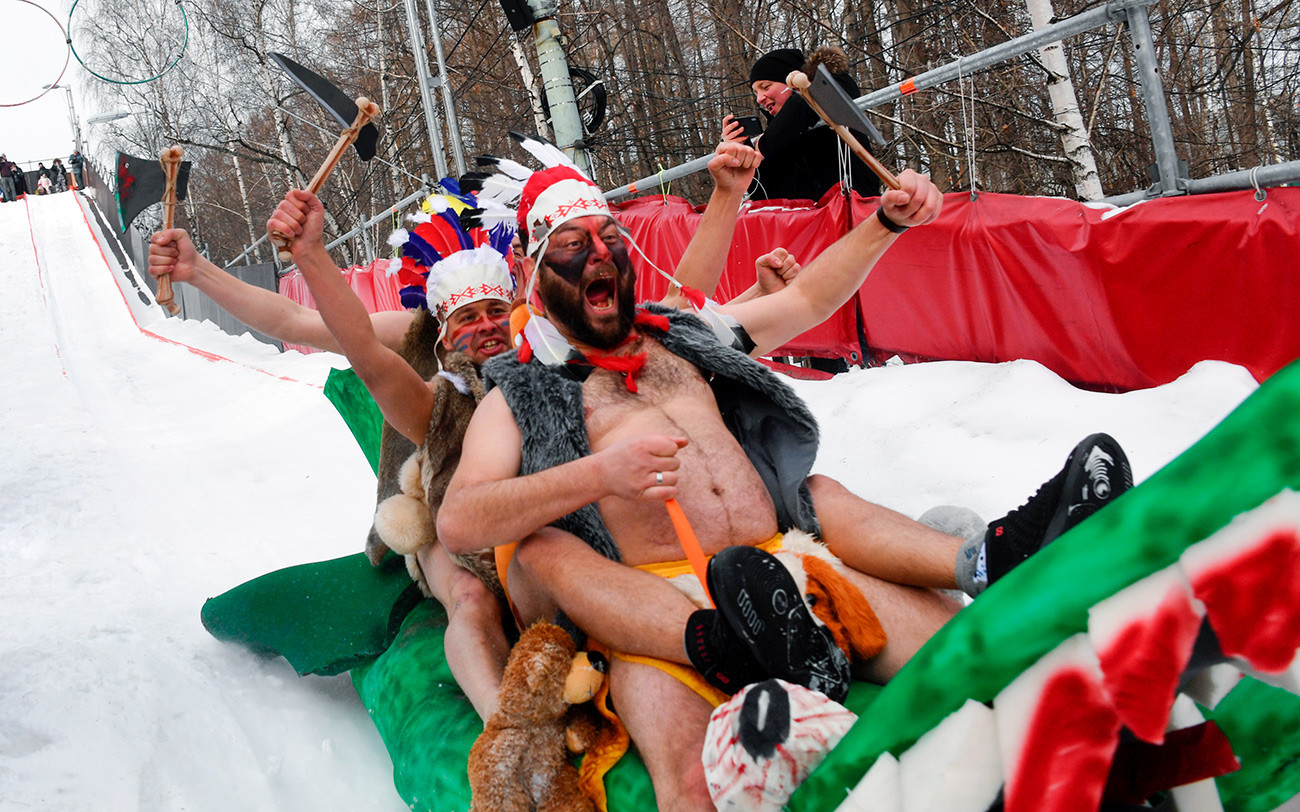 Snow tubes have gained increased popularity in Russia in the 2000s. They are available for rent at every snow slide, replacing the old-timey snow sleds of yesteryear.

Snow tubes, however, are dangerous, especially for grown-ups. Going downhill and bouncing on bumps and knolls you may get badly injured. This rarely applies to children because of their small weight, but a drunk and jolly grown-up may experience serious problems, from spinal disc herniation to a full vertebral fracture. 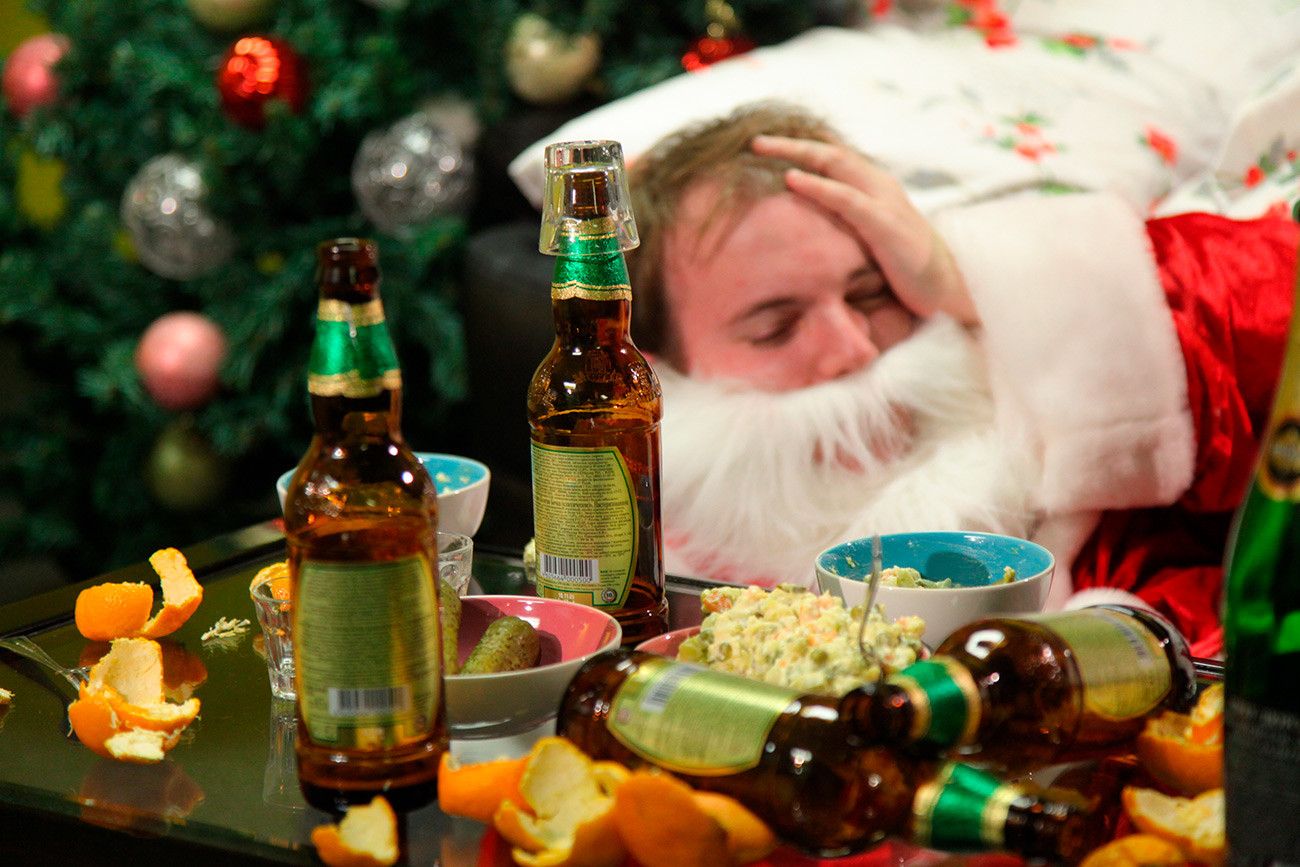 Inebriety turns into alcohol intoxication swiftly and seamlessly – for the one who drinks. But those around notice very quickly how the drunk’s speech starts to slur and his movements become less controlled. Starting from 2,5 per mille of alcohol in the blood, heavy intoxication takes place.

Statistics show that during winter holidays at the beginning of 2019, about 12,000  Russians died from alcohol-related causes, roughly ¾ of them men. Moreover, the decisive majority of lethal outcomes happen on January 1st – about 67 percent. Getting drunk and freezing to death in the snow, as well as wounds from broken champagne glasses – both also alcohol-related injuries.

“When the clock struck, we were already juiced,” Roman says. “When the dances started, I wasn’t good on my feet and took a seat on a coffee table, where a glass of champagne was standing. I got 12 stitches and couldn’t sit for a month.”

By the way, a cork flies out of the champagne bottle at 46 km/h, so a straight cork shot to the eye can leave you one-eyed, or just kill you. 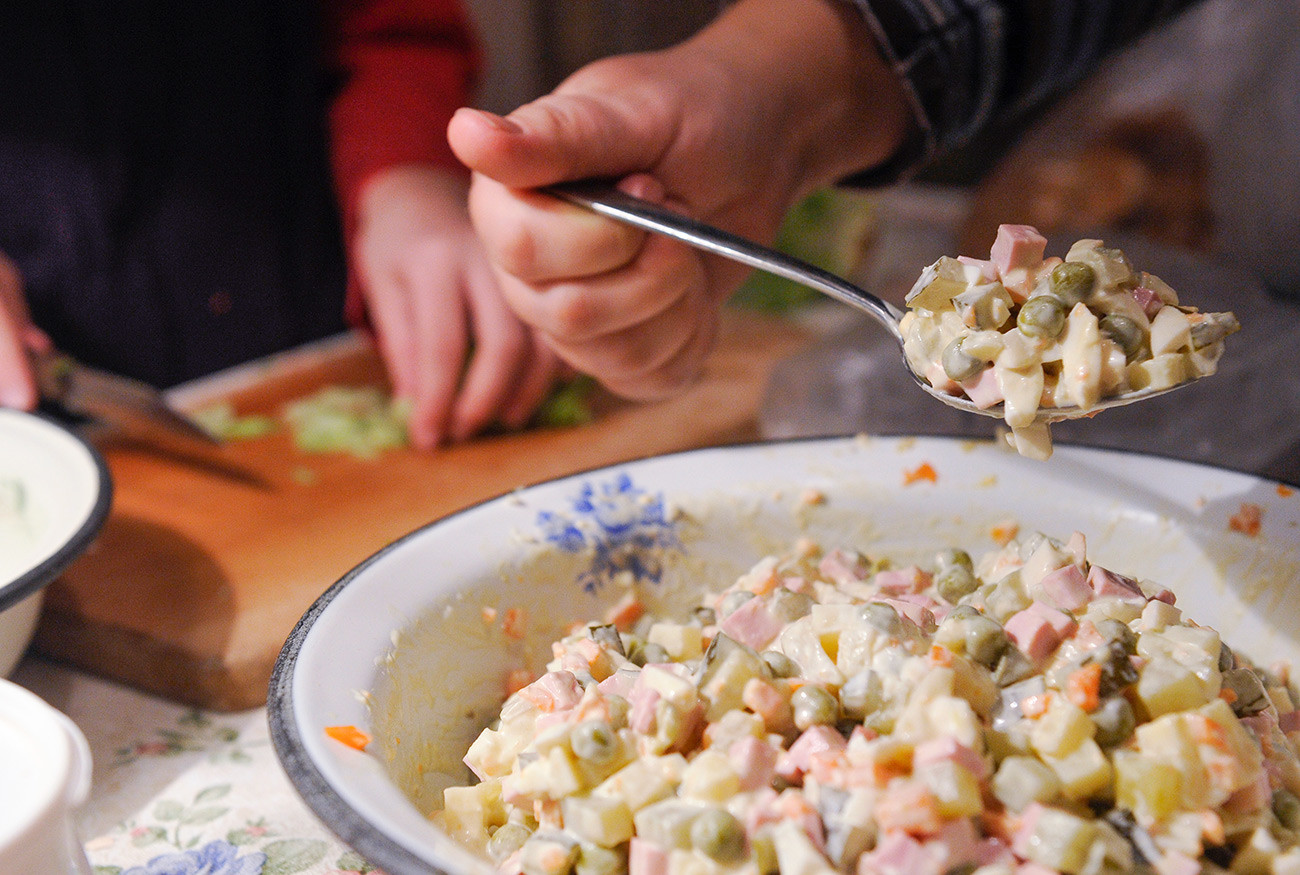 Sometimes, perils await in the most beloved things. The famous Russian salad (the Olivier) can very quickly go bad if it’s been prepared in the morning and left out of the fridge. And this happens very often when there’s an excess of food and the fridge can’t hold it all – before the winter holidays, many Russians compulsively buy more food than they can actually eat or store.

It’s better, however, if you’ve prepared your salad yourself. Readymade meals can get stale in an hour. Foodborne illnesses are also a common New Year theme with some Russians – even if you avoided stale food, you can get sick from overeating or eating too many fatty dishes. Heavy alcohol consumption may exacerbate the symptoms of food poisoning, as the old Russian joke goes: “We drank vodka, and when we ran out of it, we bought some beer, and when we finished that, the shops were already closed. But my friend had a bottle of cognac, so we finished that too. And it all could have ended completely fine, but I accidentally ate an oatmeal biscuit and vomited all over the place... I believe it was the biscuit.”

To sum it up, be careful when you’re living it up and having the best moments of your life – don’t let them become the worst ones.