10 quick ways to give your party a Russian flavor 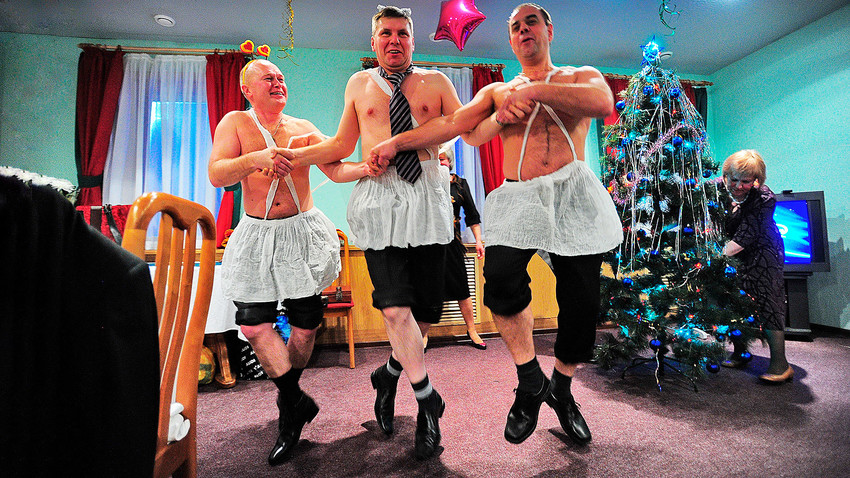 Vladimir Smirnov/TASS
To throw a Russia-themed party, sometimes you’ll need just a can of pickles. And sometimes, it turns into a full-fledged feast with carpets hanging from walls and everybody wearing slippers. Give your party an unforgettable Russian feel with our quick tips.

1. Put pickled cucumbers on your 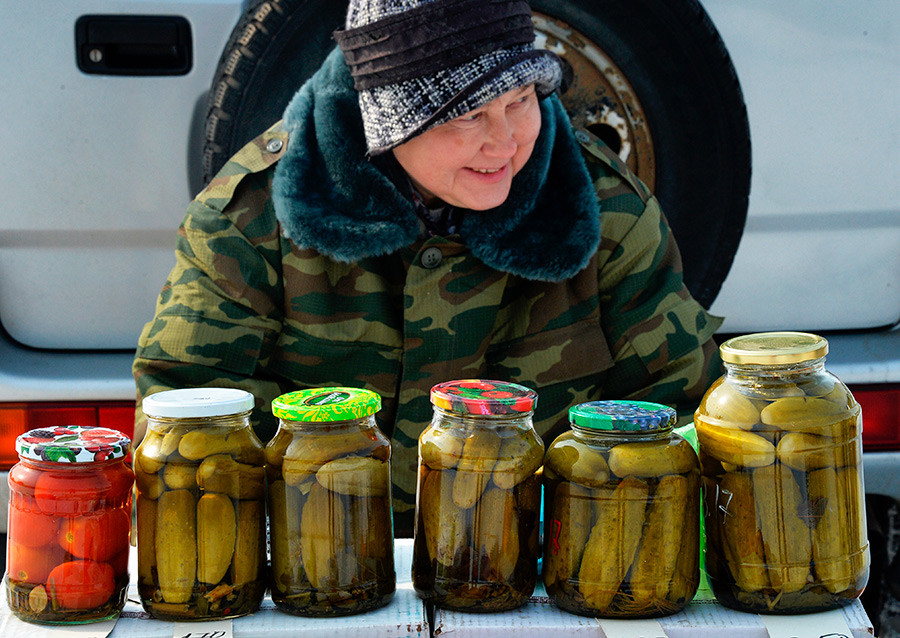 appetizer that’s sat proudly occupied Russian tables from around the 13th century, pickled cucumbers are a favorite vodka chaser and are also used in salads, sandwiches, etc. It’s better if you make them yourself but in case of emergency, jarred pickles will do. They should, however, be cucumbers, not cornichons.

2. Cover everything with carpets 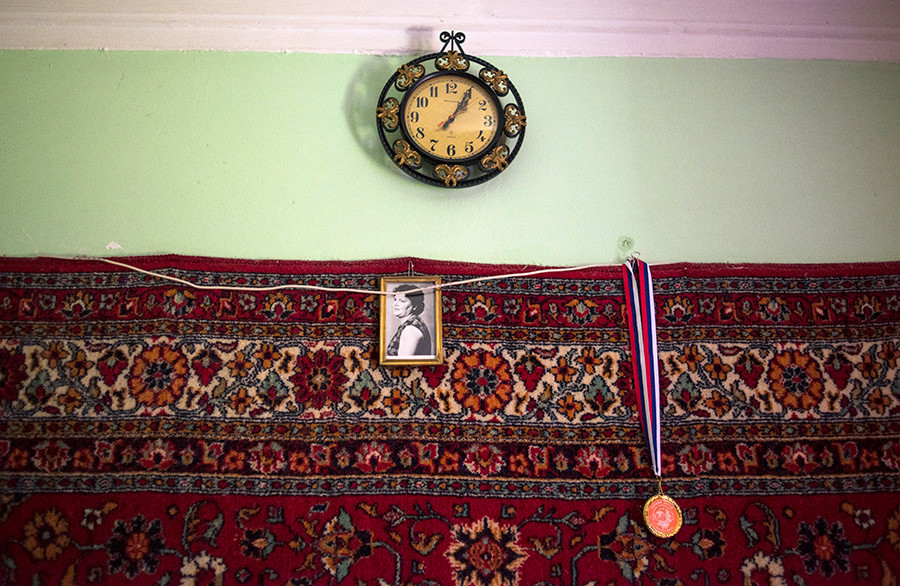 Yes, carpets – not your usual IKEA rugs with names that come from the darkest Nordic lore. They should be Russian carpets or at least look like them (hint: they usually have eastern patterns). Throw them on the floor or hang them on the walls as Russians do. The carpets will give your room a cool psychedelic 1960s feel and also make the space warmer. Bonus: guests will be able to crash right on your floor (also a very Russian way to celebrate, see p. 10).

3. Put on a classic Russian 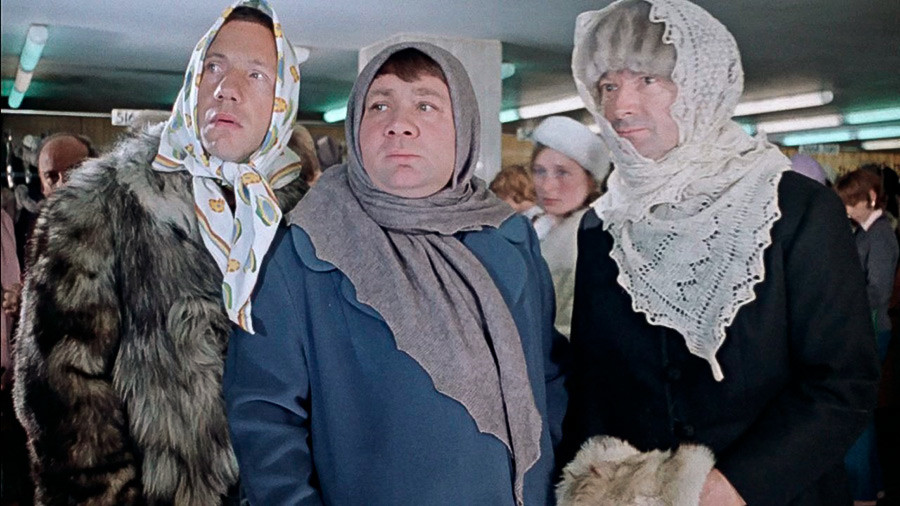 best pick would be Gentlemen of Fortune, The Irony of Fate (both of them are winter and New Year-themed), or Ivan Vasilievich Changes Profession, a comedy about time travel and Ivan the Terrible. Put them on with subtitles, or even better, with the sound off and your favorite music turned up. These movies are sometimes so surreal your guests hardly understand what’s going on – and that’s the point. 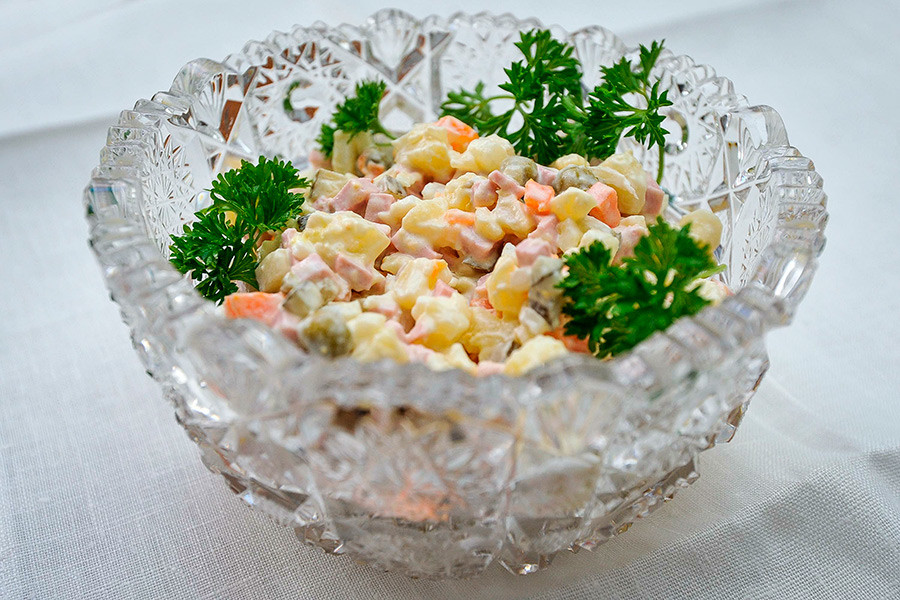 Ever heard the phrase  “sleeping in one’s salad?” That’s how Russians describe a particular state of drunkenness. Well, in this example the salad in question is indeed the Olivier salad, or Russian salad, as it’s called abroad. A dish that during the Soviet years came to be associated with winter holidays and the New Year parties. Easy to prepare, tasty, and so nutritious that there’s always some of it left. But it’s not the only Russian party salad – click for more of them.

5. Offer your guests the chance to swap their shoes for slippers 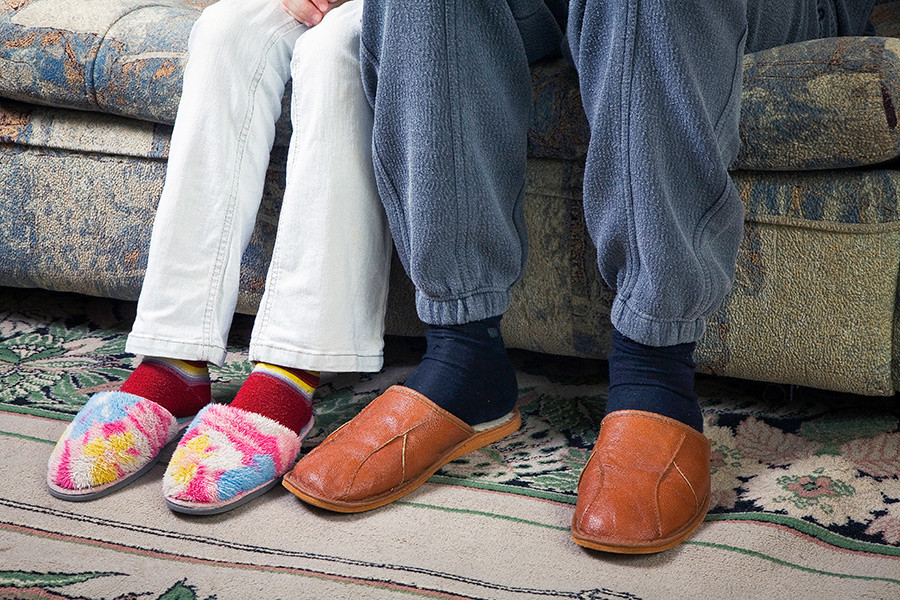 Yes, taking off your shoes and putting on slippers is one of the most Asian habits Russians strictly observe among other rules and habits that you have to be aware of when visiting a Russian home. Well, it does have its advantages: you’ll have to do considerably less cleaning afterward; also, the slippers give any house party a cozy intimate feeling.

6. Prepare all food by 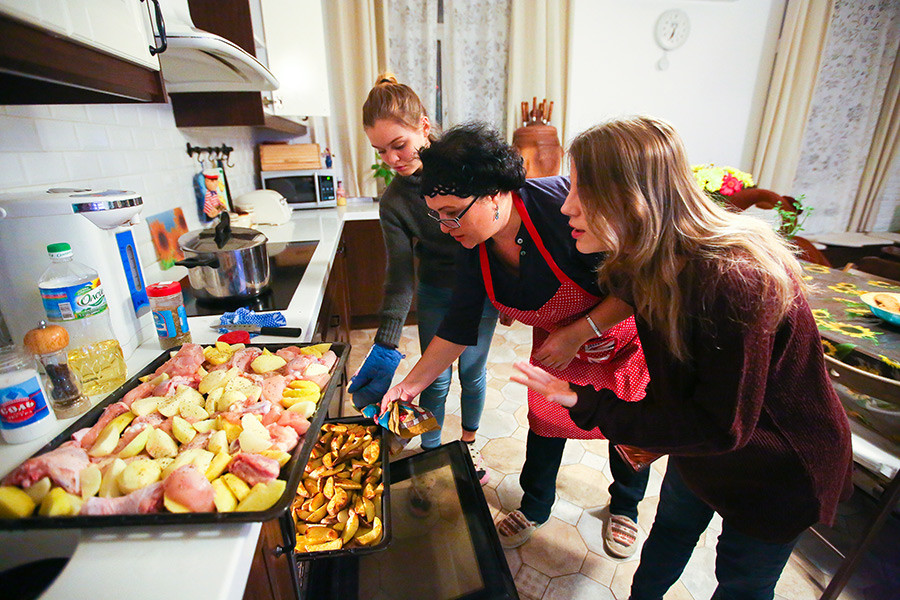 Soviet times, there was no other way. People sought and procured rare delicacies, prepared food well before the feast, created intricate ways of serving… And for the guests, the best sign of hospitality was the fact that the hosts had prepared all the food themselves. No takeaways, convenience foods, or anything like this! Sometimes, such preparations would take two or three days and several shifts in the kitchen. But the freshly made food is worth it and will ensure your guests will remember the party for a long time.

7. Have at least three changes on the 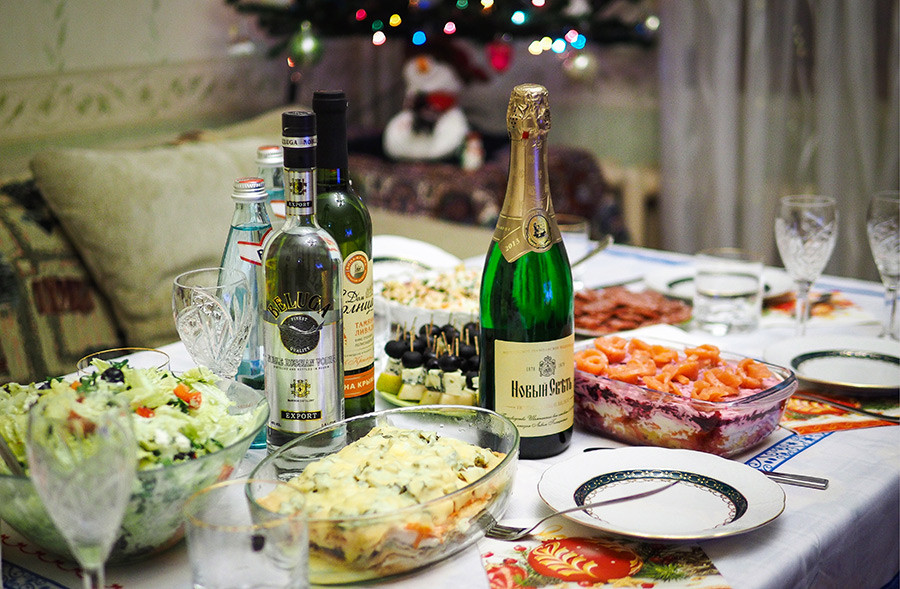 a level up from the previous paragraph, for your table to be 100 percent Russian, have at least three changes that go like this. Upon arrival, treat the guests to salads, assorted meat and cheese, cold appetizers, and sparkling wine. Second, serve the hot courses like grilled meat, beef stew, fried chicken or fish, and hard liquor... The third change should be dessert – a famous Russian cakes, perhaps, and by all means, tea (not coffee!). And if you think that’s a wrap, think again – tea can sober guests up… so get ready for the real drinking to start after pudding.

8. Plan at least 3 visits to your friends in one night 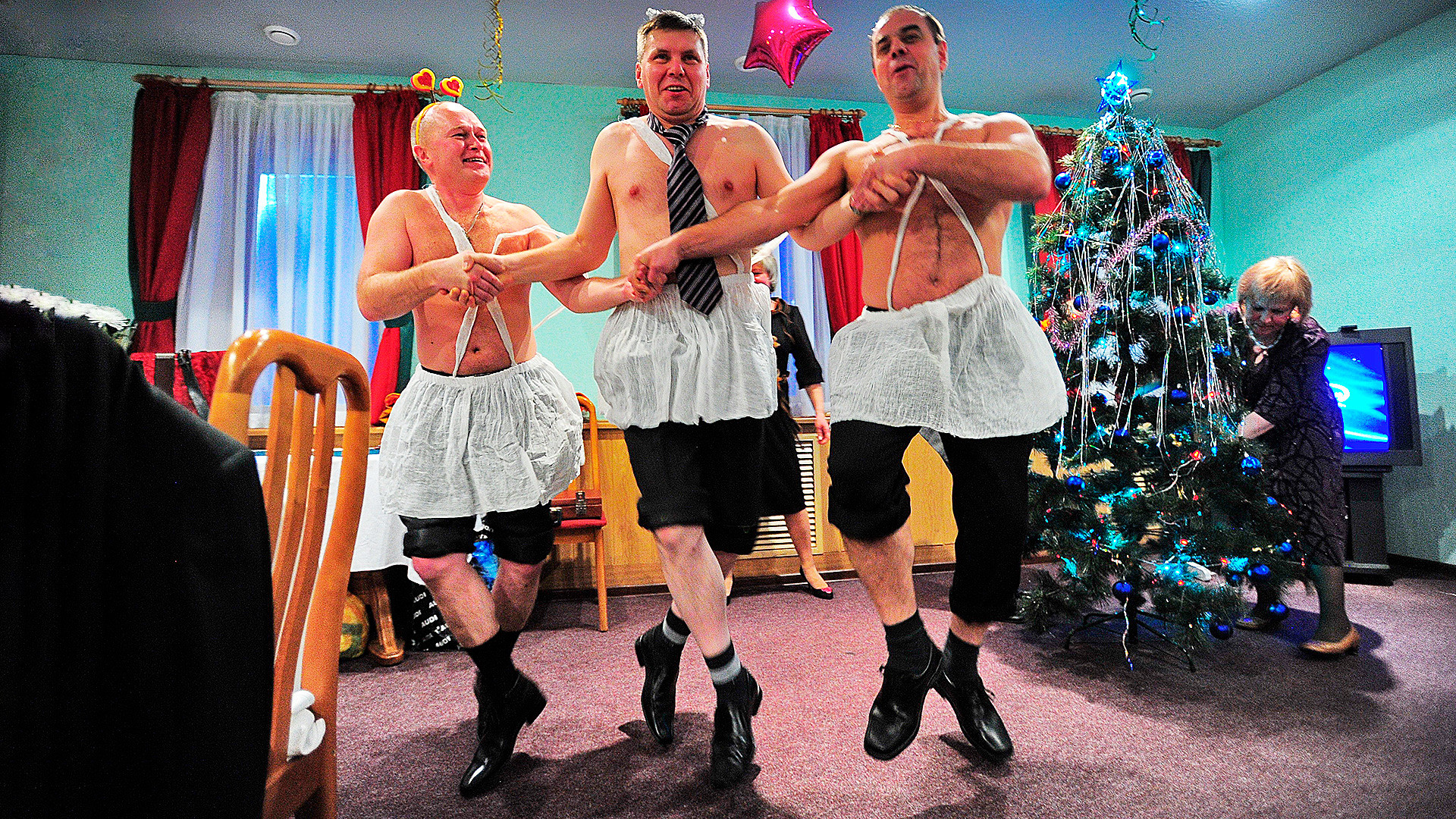 Half-cut Russians always want to share the love, so at about 1 am it’s time to spread the good vibes. For Russians, it’s normal to call up friends during the holiday evenings and, if they’re also in high spirits they’ll be up for coming over or meeting somewhere in the neighborhood. If things kick off you might need to think about hangover remedies for the morning.

9. Do everything at the last possible moment 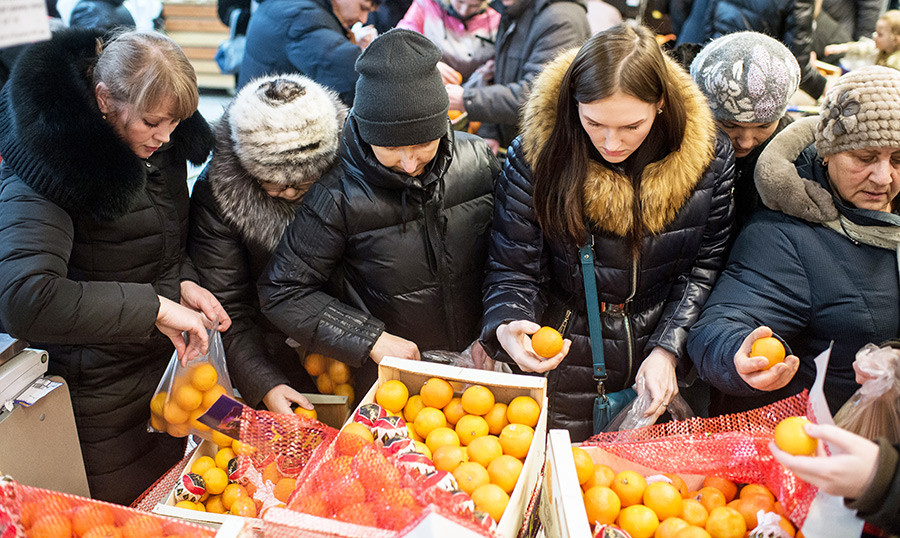 Russians often do everything at once at the last moment. Imagine preparing all food by yourself, buying holiday gifts, and cleaning up the apartment all at the same time, while continually talking on the phone with your friends and relatives – well, that’s the usual New Year’s Eve for a typical Russian woman. The part is that by 10 pm, the food is ready and the apartment is shiny and clean – often because the guests who came at 8 pm lent a hand in the cleaning and cooking. But that’s also what ties Russians together on holidays!

10. Start drinking in the morning 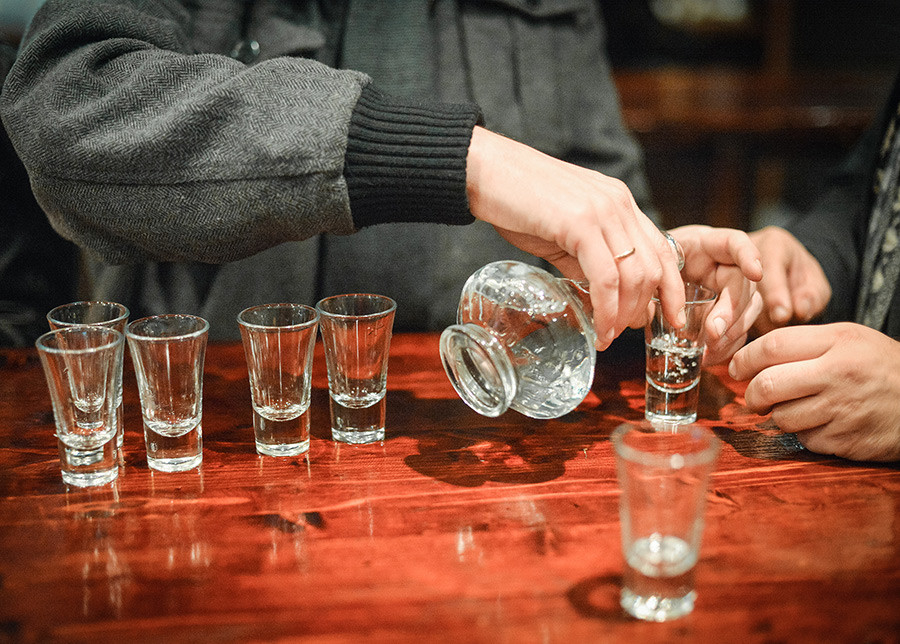 It’s your day off, and maybe one of the few real days off, without taking the kids to the sports club or driving your other half to the shopping mall… So could a few shots in the morning ruin the day? Well, by 2 pm it turns out they could, but now, you don’t even care. You remember that in the morning your darling asked you to take out the kids and bring back the garbage can from its aunt, woah, wait, was that yesterday? Have the guests already left? Oh, they are not here yet… Anyway, by the evening, your good vibes and jolly behavior would surely outweigh the inconveniences that these six (eight?) shots of single malt have brought… And if you’re trying this at home, remember it’s for hardcore people only.