How Russia does discount shopping 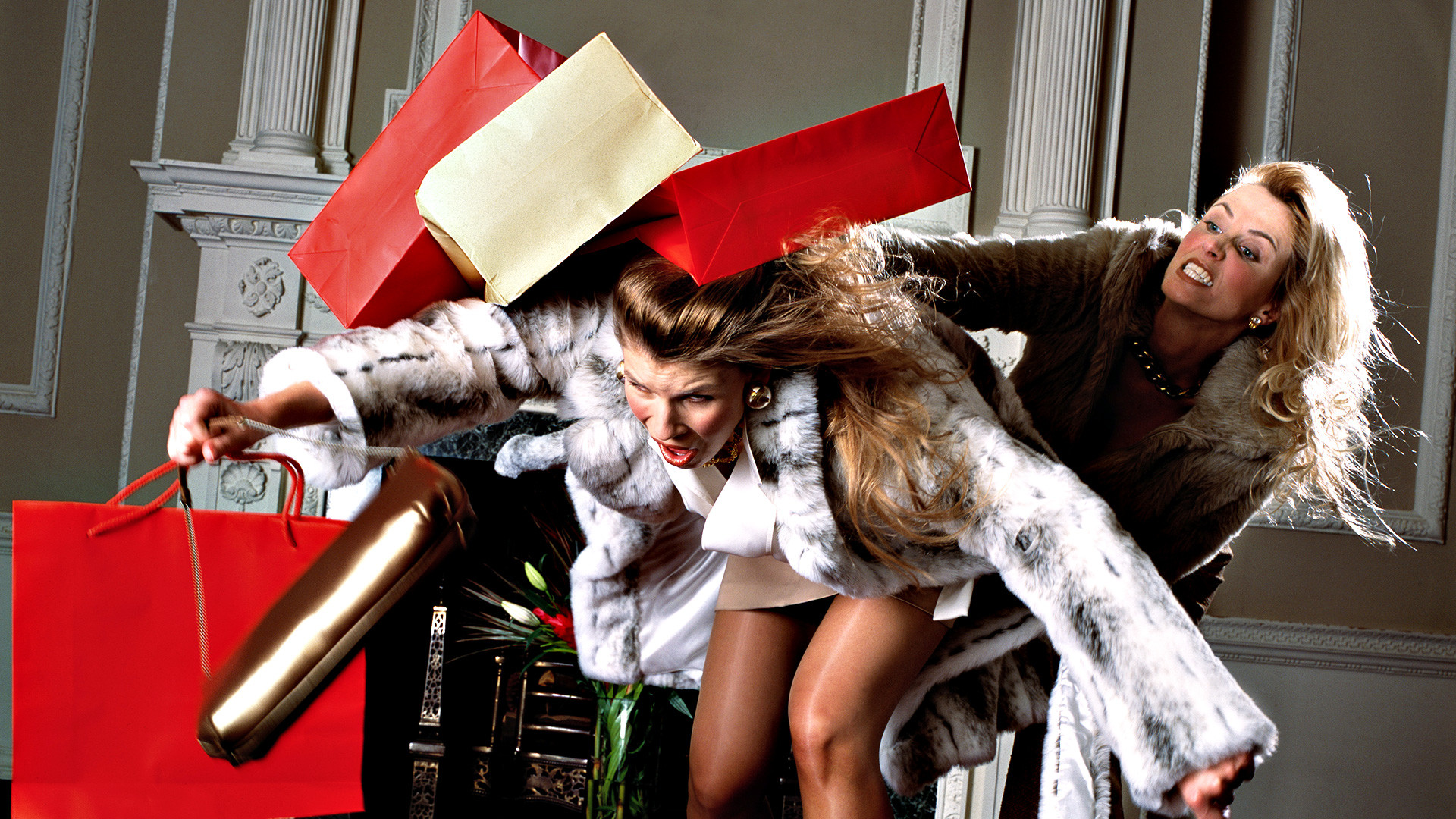 Getty Images
When sale season begins the shopping malls are bursting with people, but online shopping remains the preferred method of purchases.

A gaunt, bald security guard in a bland suit looks at his watch with hope. There are seven minutes left before the shopping mall closes. He directs his gaze to the nearest store and swears to himself that he'll soon look for another job. Crowds of women are throwing clothes around the sales floor, the fitting rooms are packed, and there are long lines at the cash registers.

Still, yet one more girl approaches the entrance; she is the embodiment of fashionable good looks by current Instagrams standards - a slender brunette with permanent eyebrows, dressed in a parka coat with a fur hood and above-the-knee leather boots. She has already spotted "that very dress" at the other end of the store and is ready to join the fray. 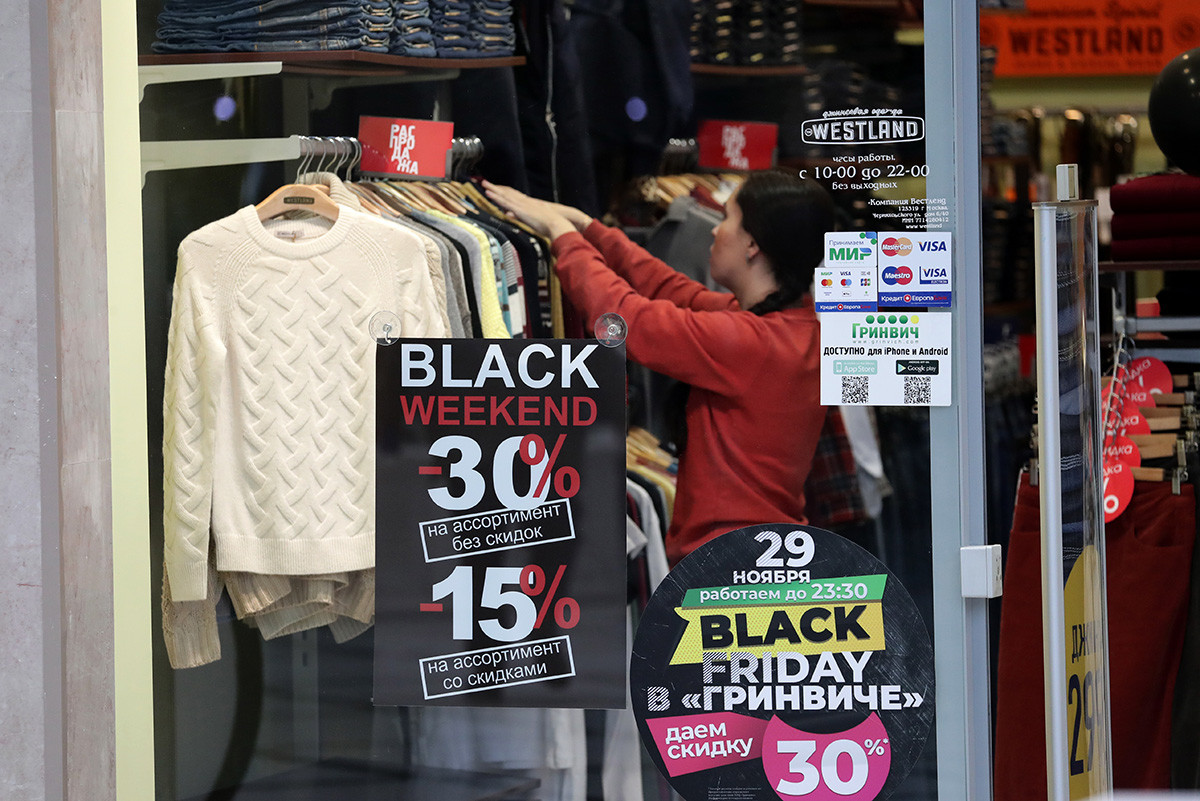 "Young lady, the registers are now closed, as are the fitting rooms!" the security guard says, blocking her way.

He hadn’t reckoned with the girl's nimbleness, however, and in half a second she bounces away from him. She quickly disappears from view among the displays of dresses at discounted prices.

This is how Black Friday has looked at Russian shopping malls for several years now, and it is far from the leading discount event. When do Russians start their real hunt for discounts, and why do they increasingly hate Black Friday?

This year, Black Friday in Russia was advertised by almost every well-known YouTuber. In particular, Russia's most popular tech-blogger, Wylsacom, devoted a whole edition to a review of bargains on AliExpress.

Two weeks later he himself wrote on Twitter that "there is still a week to go before Black Friday, but I am already fed up with it and can't take it anymore". Most users agree with him.

The problem is that Black Friday has acquired a bad reputation because stores cheat on pricing. Many social media denizens have noticed that stores first raise their prices and then, on the day in question, lower them to what they originally were. 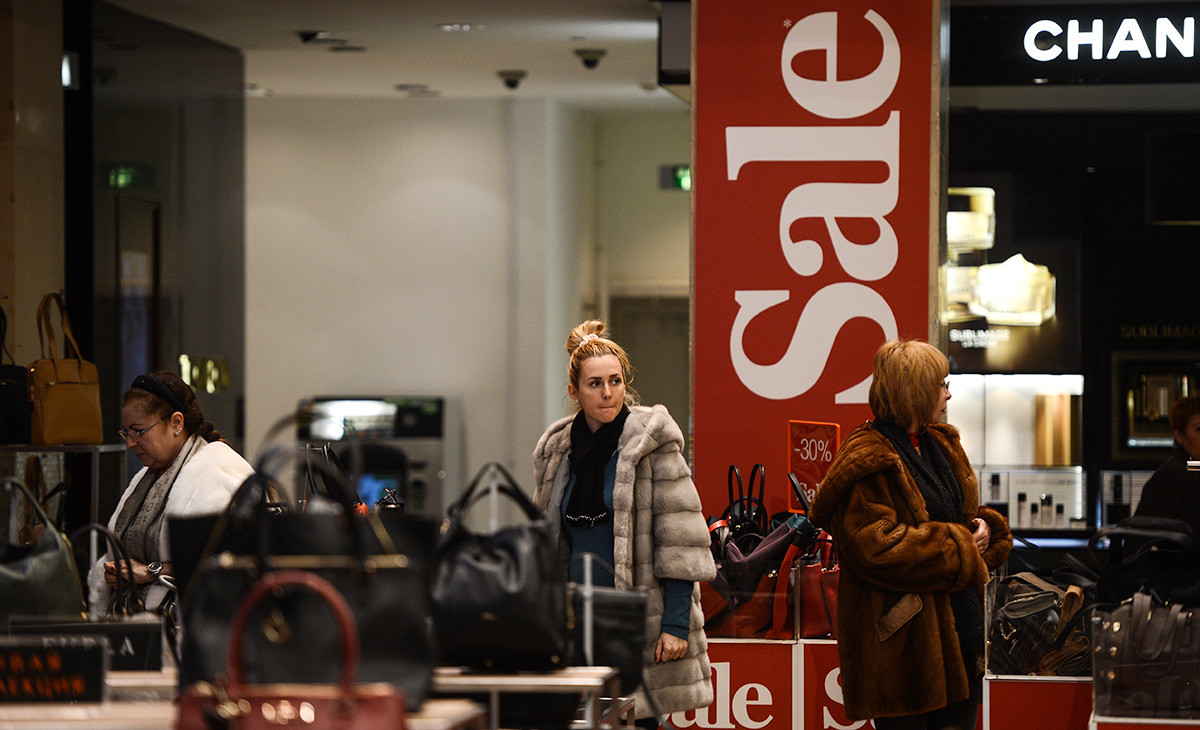 During the winter sales at the Central Department Store (TsUM), Moscow

"Only a month ago prices were low, now they are high and by Black Friday, God willing, they will go back to the level of a month ago. That’s what the period of 'discounts' really means," complains Twitter user @akool_tw.

Then, some believe that Russia should have a Black Friday for essential goods and services.

"There should be a #Black Friday when you can pay housing and utility bills, or a mortgage or loan, with a 50-percent discount," writes @elonbars.

Finally, Russian social media users are not convinced that most people will be able to save on Black Friday because many people don't have the money to buy even discounted goods.

"You can’t fool me with Black Friday! What is my secret? I don't have any money!" complains @Vadim_Anatolich.

Maria (not her real name), a 59-year-old secretary, has a spending limit of just over $1,000 on her credit card. She lives in an old studio flat on the outskirts of Moscow, and it has long been in need of major repairs. Nevertheless, her closets are bursting with clothes and shoes. Three times a year - before the New Year, at the end of January and the end of July - she almost maxes out her credit card to buy clothes in the sales.

Summer sales start in June, Maria explains, but prices are lowest towards the end of the sales when stores put out their leftover goods and make further price reductions. 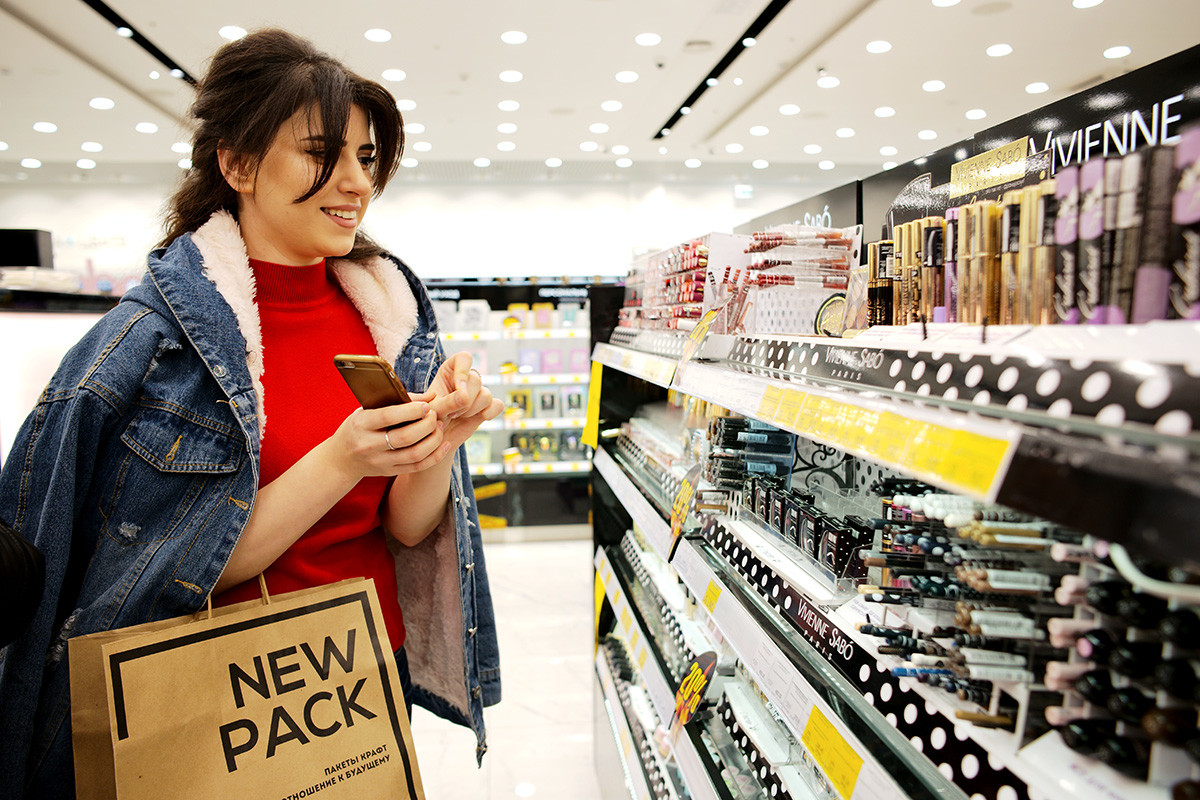 Russia also has between-season sales and "sale nights" organized by various shopping centers and stores on their own initiative. Discounts, however, on most goods don't exceed 30-40 percent, while during the summer and winter sales they can reach 70-80 percent.

For the rest of the year, Maria spends most of her salary paying off her credit card bill. She admits to being a shopaholic but can't do anything about it - every new purchase boosts her self-confidence, especially when colleagues praise her outfits.

"For that I can even pay more," she sums up.

Despite people's mistrust of Black Friday, in 2019 the event was a success. Over three days (Nov. 29 - Dec. 1) Russians spent 22.3 billion rubles ($358.3 million) in online shops, 30 percent more than the same period last year, said Artyom Sokolov, president of the Russian Association of Internet Trade Companies, as reported by TASS news agency. At the same time, AliExpress sales in this period in Russia exceeded 7 billion rubles ($112.8 million), according to the online retail platform's press office. In addition, they separately organized a major sale on Nov. 11 and 12, during which Russians made purchases to the tune of 17.2 billion rubles ($277.2 million).

The greatest demand was for clothes, shoes and accessories, while there was slightly less demand for household appliances, hotel reservations and grocery deliveries. 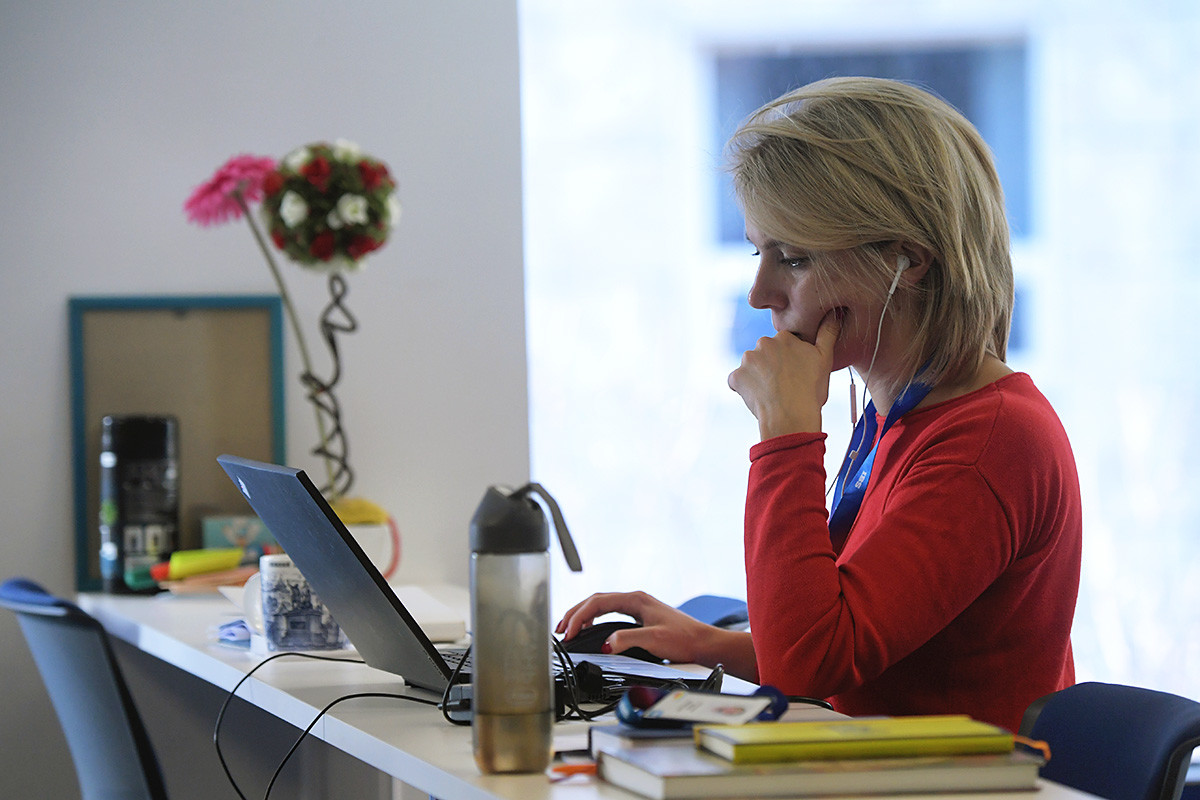 Despite the crowded shopping malls, on the whole people don't buy goods in offline stores as much as they used to, reports Kommersant, a daily business newspaper, citing research by Nielsen and the Watcom Group. Residents in big cities prefer to make purchases online with home delivery. The drop in offline sales applies first and foremost to discounted sales of clothes and shoes on Black Friday, as well as sales of everyday goods such as washing detergent, coffee, shampoo and cat food.

According to Irina Bolotova, a consultant with JosDeVries The Retail Company, retail chains will soon start removing goods from their shelves that are particularly popular in online shops. Nevertheless, shops near residential areas will still stock essential goods, but there will be much less choice than in online shops.